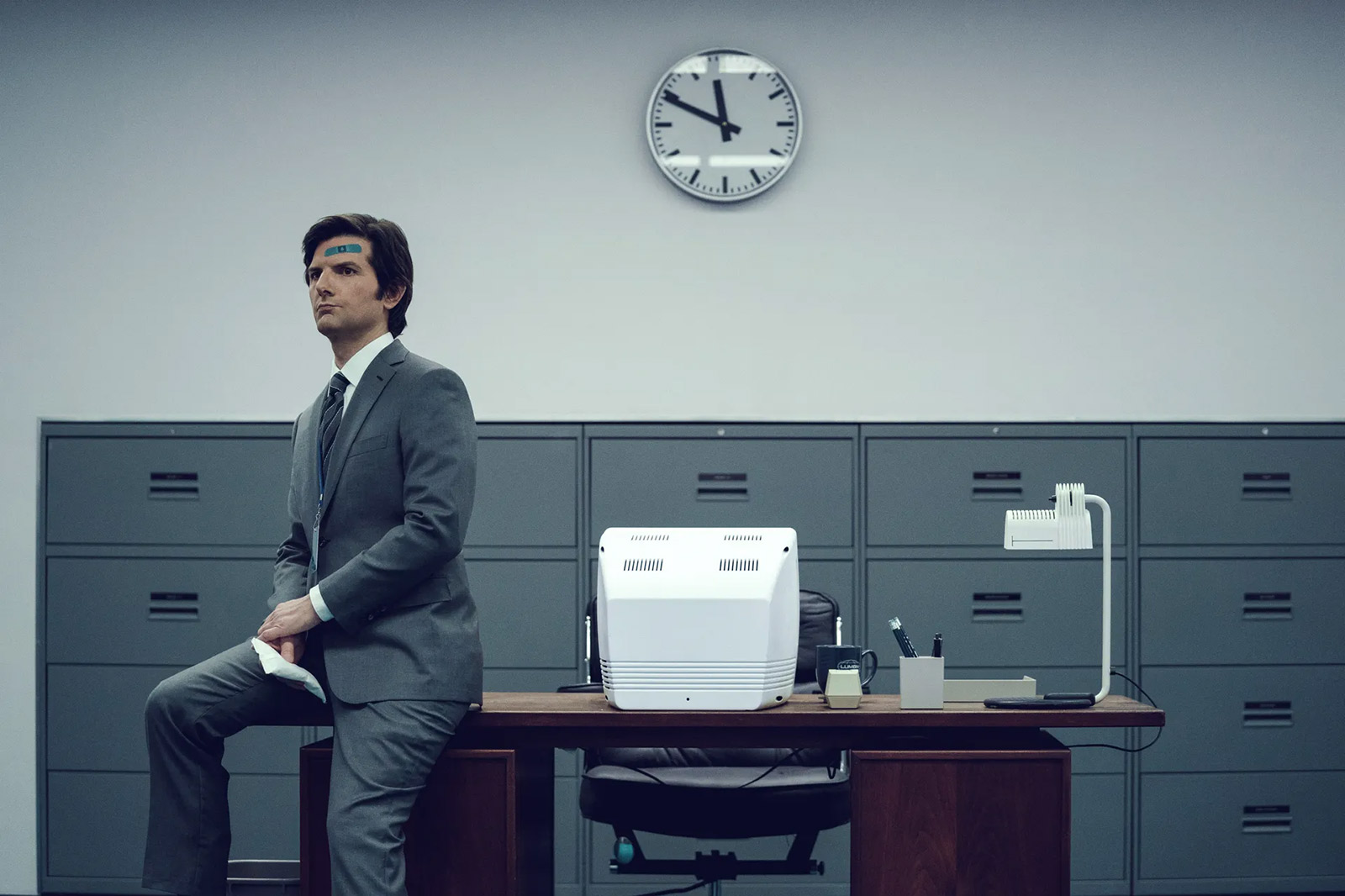 Imagine for a second two screenwriters hurrying down the corridors of some production company, one working on a more dramatic follow-up to The Office; the other yet another adaption of a Phillip K. Dick dystopian novel. Without looking, they collide, scattering pages across the floor, before scurrying to pick them up. One of those screenwriters walked away with a mess of conflicting ideas; the other, the screenplay to Severance, possibly the coolest thing on TV right now.

Severance is high concept sci-fi: a worker of fictional and not-at-all evil corporation Lumun undergoes a medical procedure that separates their work life from their personal life; literally divided into an ‘innie’ and an ‘outtie’. One side of their personality has no recollection of the other, no idea who or what they are when they are or are not in the office. 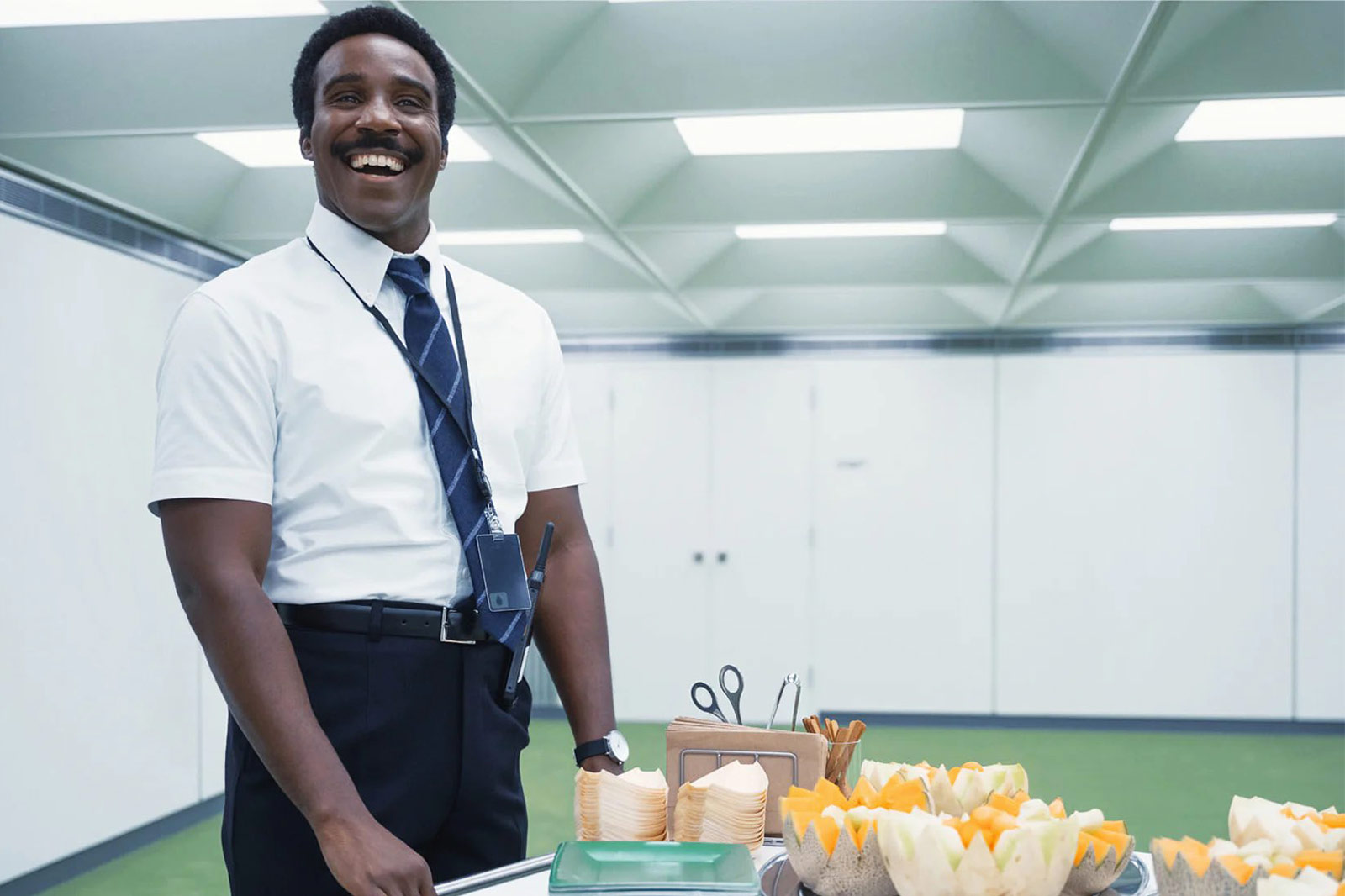 Cue unnerving, labyrinthine corridors, warped cubicles equipped with keyboards missing an escape key and a general sense of dread. Oh, and lots of randomly putting numbers into folders based on feelings. I’m sure there’s nothing dark going on there. Absolutely nothing at all.

Of course, where would a good, obedient office worker like Adam Scott’s, Mark be without a watch to keep them ticking along? And what better timepiece to suit the oppressively professional, bright whitely lit confines of Lumun than a minimal white dial? Enter Japanese brand Bijouone, which doesn’t even have a logo or brand name anywhere on the watch. 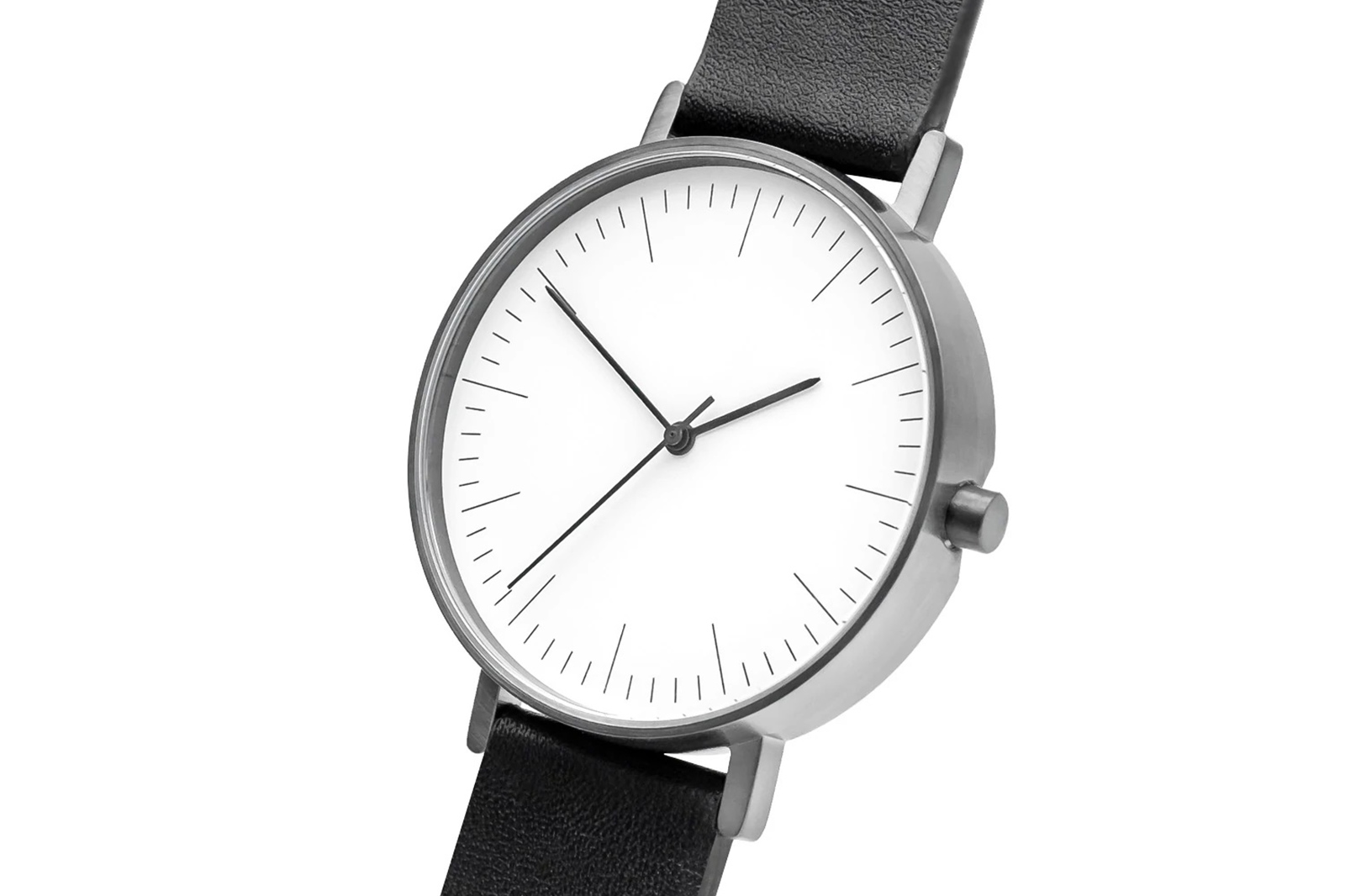 There’s a reason for that beyond the standard faceless, personality-less hierarchy of office life. Workers are barred from passing messages to their outtie selves, and there is a text detector set up to make sure no one can disobey. Even a maker’s name would set it off. Severence being a world split in two however, the Bijouone only forms half the story. Whenever Mark clocks off for the day, he switches watches, from white-collar minimalism to something that can only be described as horologically extrovert: the Vostok Komandirskie 341307. 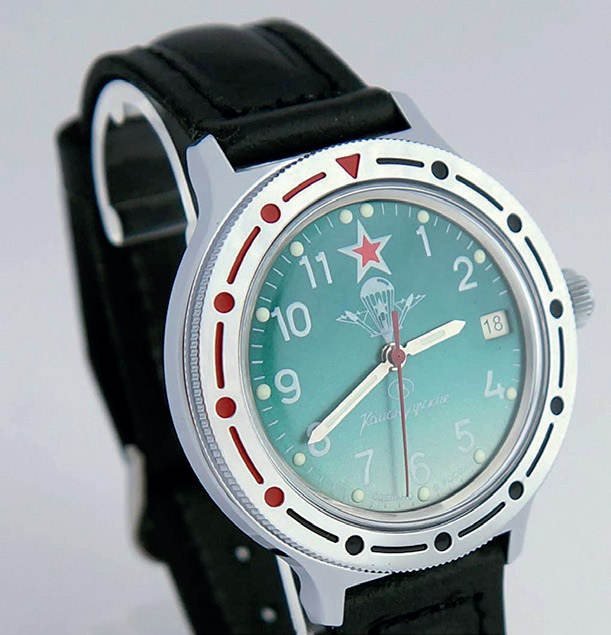 A big, Soviet-era military watch, the green dial, red star and intense diving bezel make for a timepiece that’s anything but part of the crowd. In fact, being Soviet, you could argue that it’s the philosophical polar opposite of the corporate world of Mark’s ‘innie’ life.

That’s about as far as I’ll go as any further would mean potentially spoiling the most interesting puzzle box series in years. And while we wait far, far too long for season two, we’ll be contemplating our perfect ‘outtie’ watch…