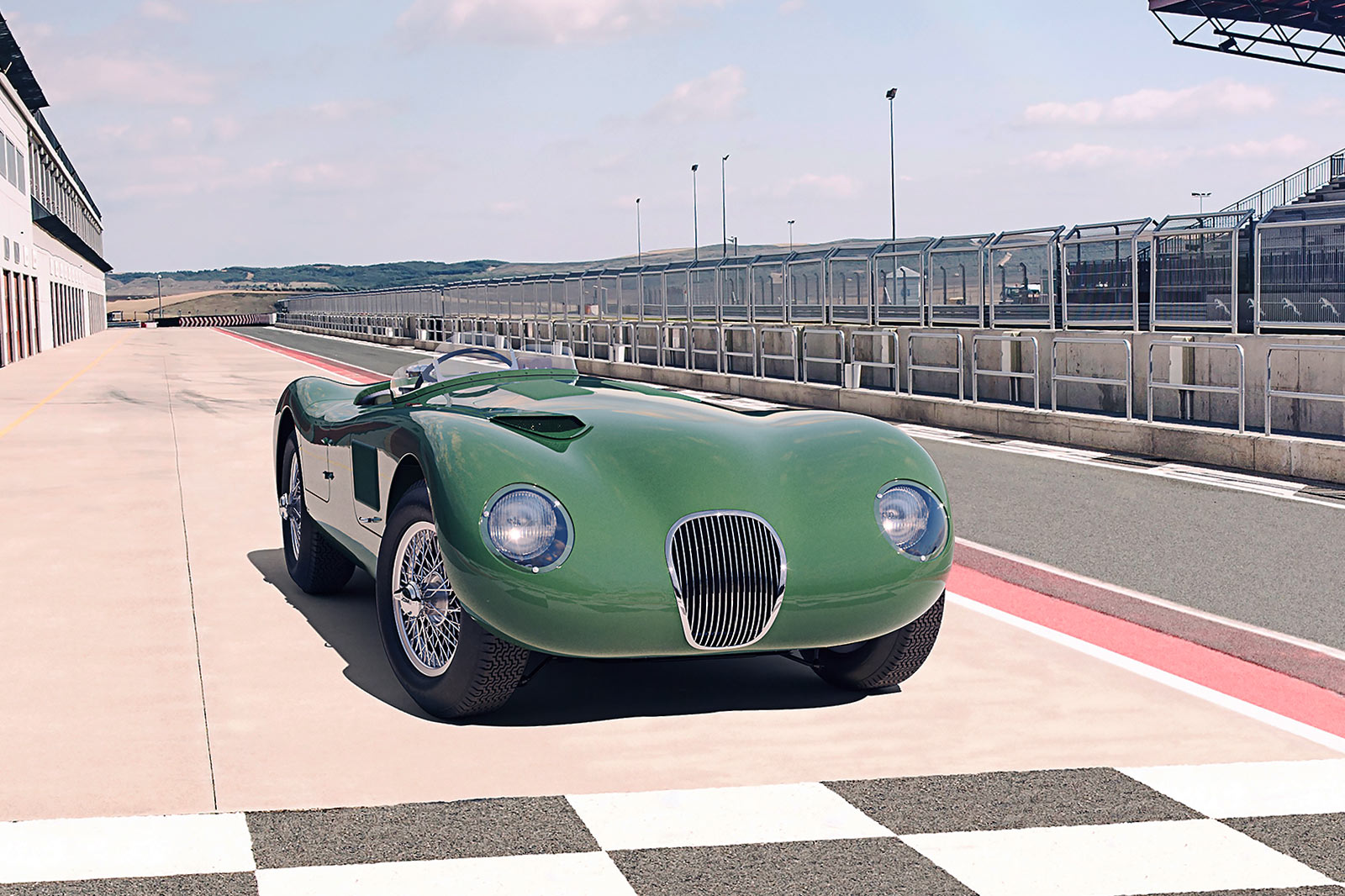 Sixty years ago, the Jaguar E-Type set the world ablaze with its gobsmacking styling and sensual sportiness. Its complex curves and teardrop silhouette was the stuff of dreams, famously inspiring Enzo Ferrari to christen it the most beautiful car in the world. The E-Type is currently enjoying adoration on its 60th anniversary, but we’d argue the icon could not have existed without one crucial forbearer: The C-Type.

The unassuming predecessor may not claim the notoriety of the beloved E-Type, which inspired ownership from the likes of Steve McQueen and Brigitte Bardot. But it played an indispensable role in establishing the credibility of the carmaker that would later strike a chord with everyone from Frank Sinatra to Austin Powers, thrusting it onto the mass culture scene as an aspirational luxury car with a particularly British sense of style.

Slight, seemingly simple, and oft overlooked, the C-Type never did earn the E-Type levels of fame, perhaps because it was conceived out of necessity, not glamour. By the late 1940s, Jaguar was eager for success on the racetrack. The ‘Race on Sunday, sell on Monday’ mantra rang true for carmakers, especially challenger brands like Jag who were competing against giants like Mercedes-Benz. 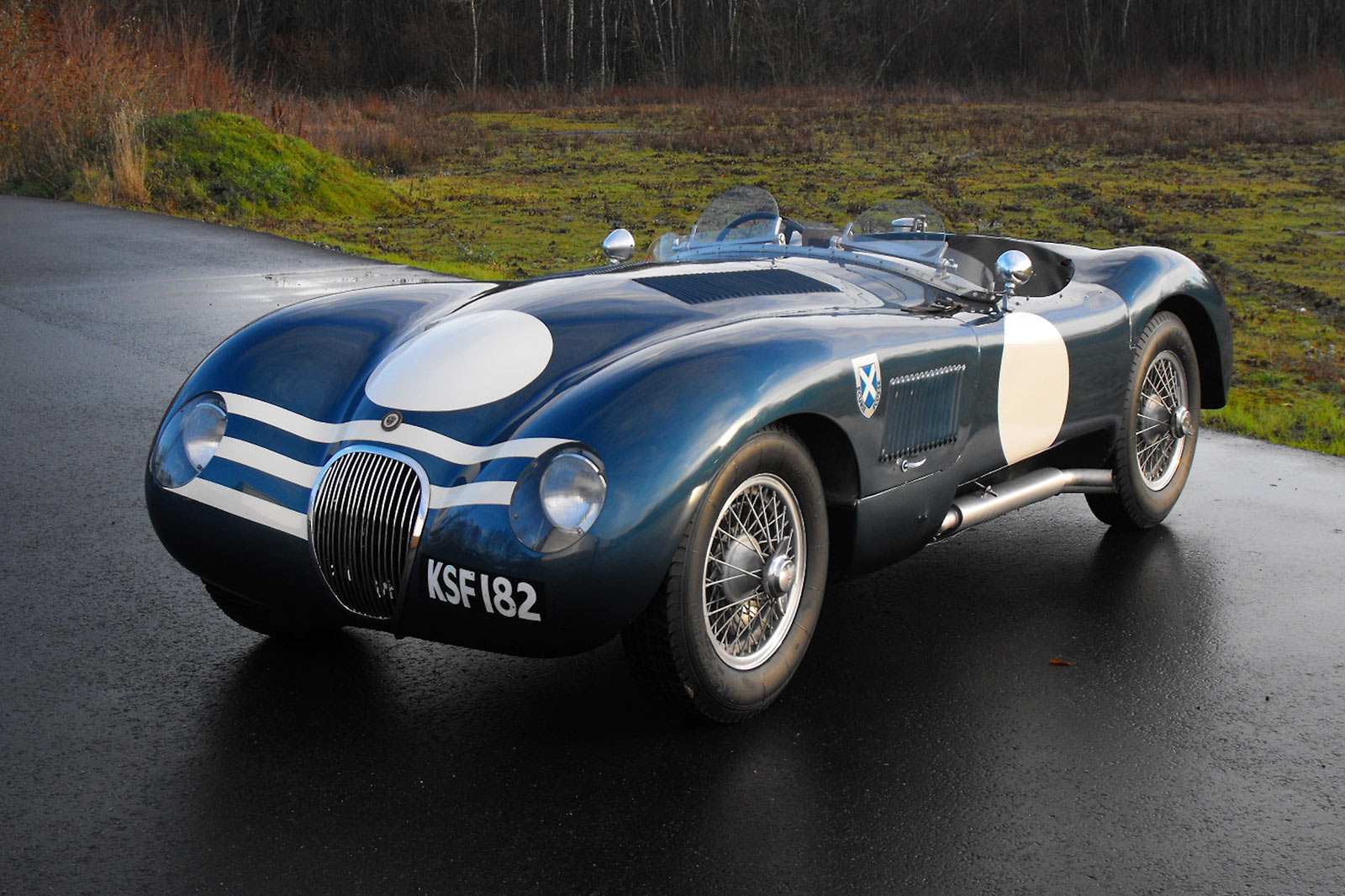 The XK120 dropped in 1948 with curvaceous good looks and a boastful moniker that tipped a hat to its 120-mph top speed, making it the fastest production car of its day. The pretty styling set it apart at road races, but Jaguar knew it needed a dedicated competition model in order to truly make waves, which led to a spinoff focused on the highest levels of motorsport: The XK120C.

The new variant earned bodywork from designer and aerodynamicist Malcolm Sayer, becoming known as the C-Type, short for ‘Competition’. The more focused take on the sexy roadster featured flush, aerodynamically slippery bodywork and a number of innovations intended to make it formidable at the track: While the XK120 produced between 160 and 180 horsepower, early C-Types churned out 205 bhp. Constructed with a wispy aluminium body and a tubular frame, the racer was stripped of amenities in the interest of optimizing its power-to-weight ratio. Reflecting its thoroughbred underpinnings was a shocking starting price of $6,000, or in more relative terms, twice that of the XK120. 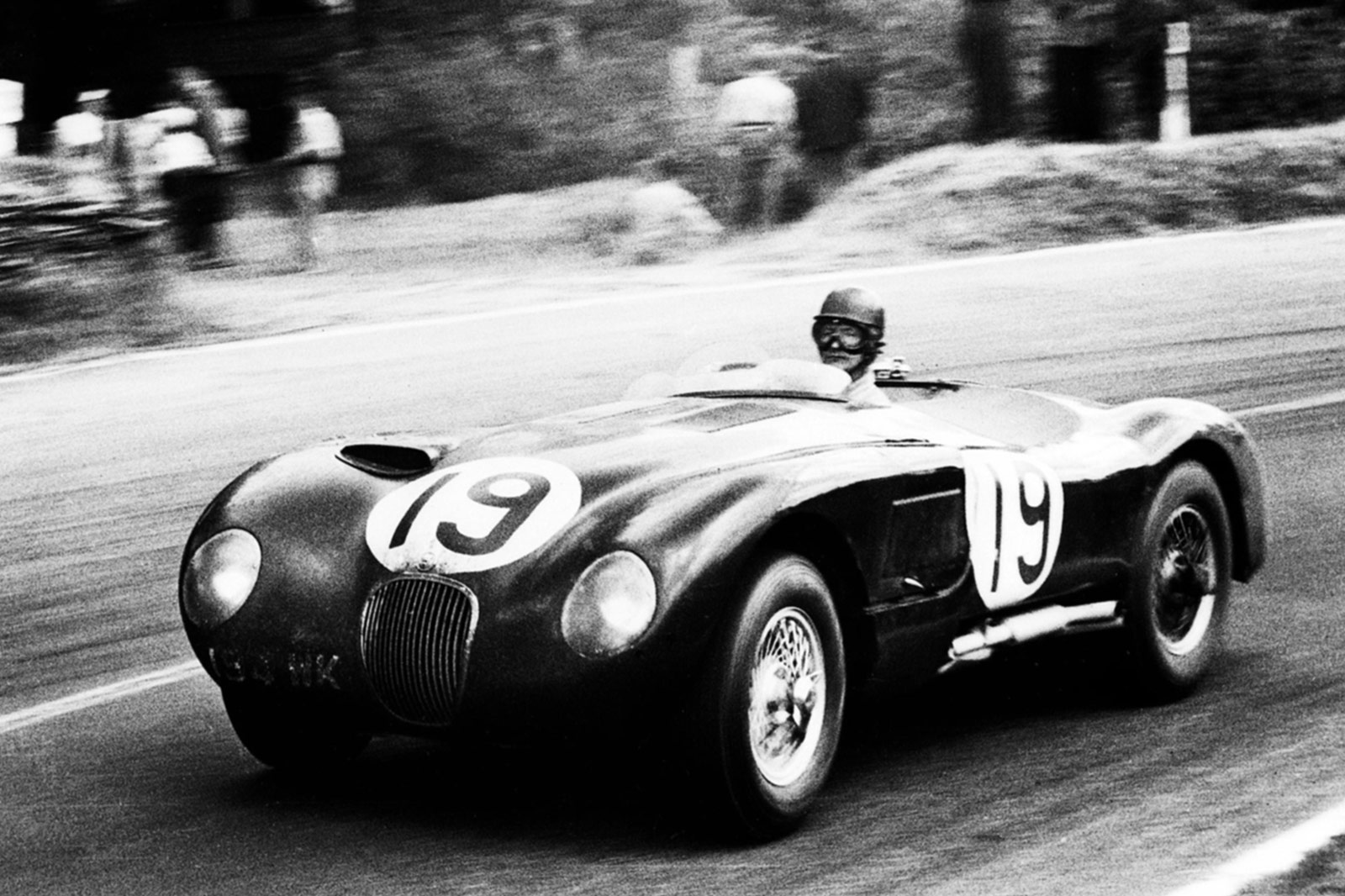 Confident of its new creation, in 1951 Jaguar entered three C-Types in what was widely regarded to be the most gruelling motorsport event of its day: the 24 Hours of Le Mans race. Rare is the race car that wins the world’s most notorious endurance competition, and even rarer is the one that does so on its debut. But the C-Type achieved exactly that in its first year, taking the checkered flag at the Circuit de la Sarthe and putting the British manufacturer on the proverbial map.

Seeing a threat from ever-escalating competitors, Jaguar worked with Dunlop to develop a disc brake system that could better handle the demands on round-the-clock racing. Though mechanical problems knocked them out of the race in 1952, C-Types went on to win Le Mans again in 1953, also placing second and fourth— a rare double victory that proved the mettle of the racer. 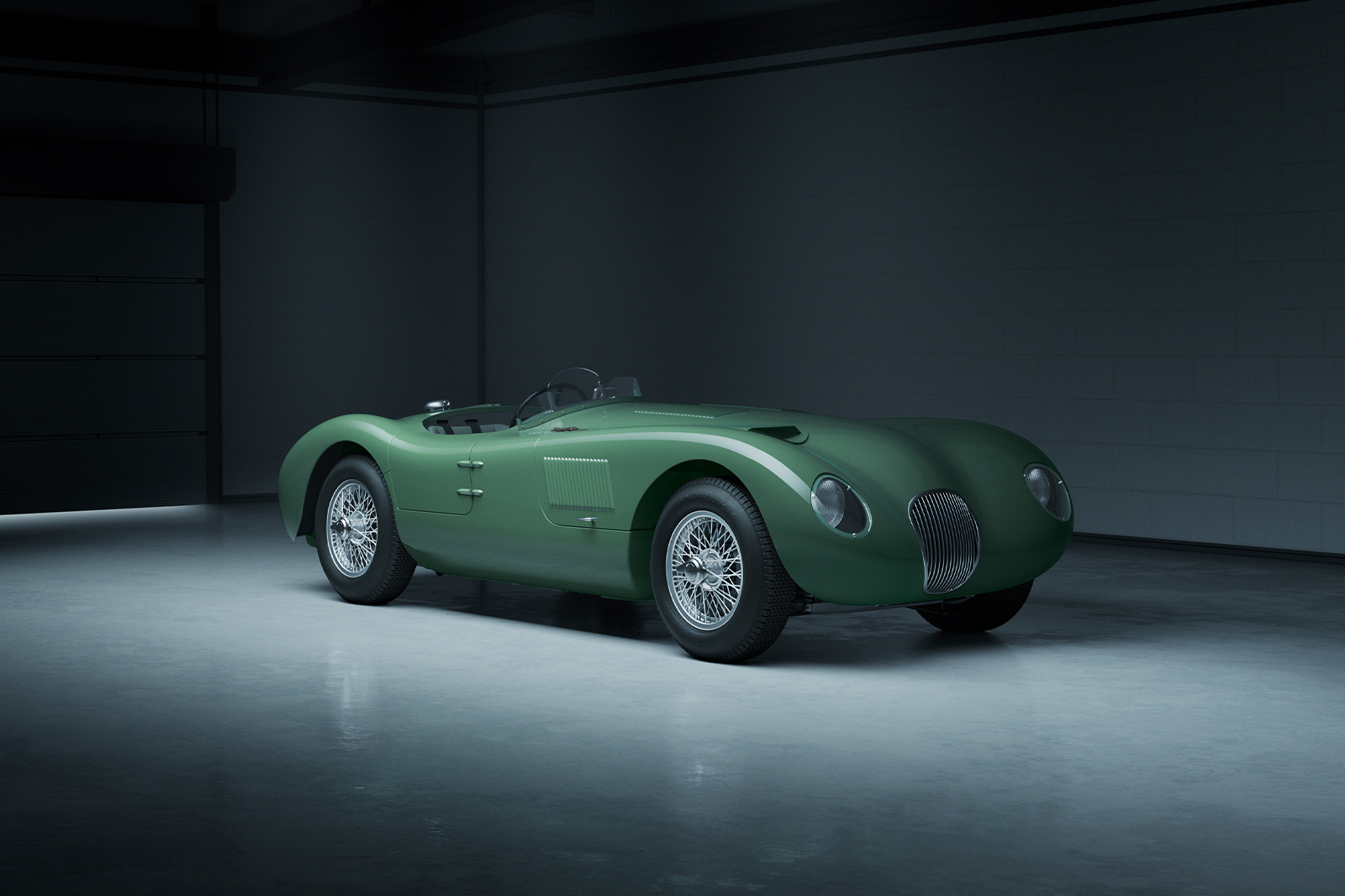 The C-Type eventually gave way to the sinuous D-Type, with which it inherited numerous components from the C, including its inline-6 XK engine. Further optimized for the track, the D-Type claimed victory for Jaguar at Le Mans again in 1955, 1956, and 1957, where it took a staggering five out of the six top spots. 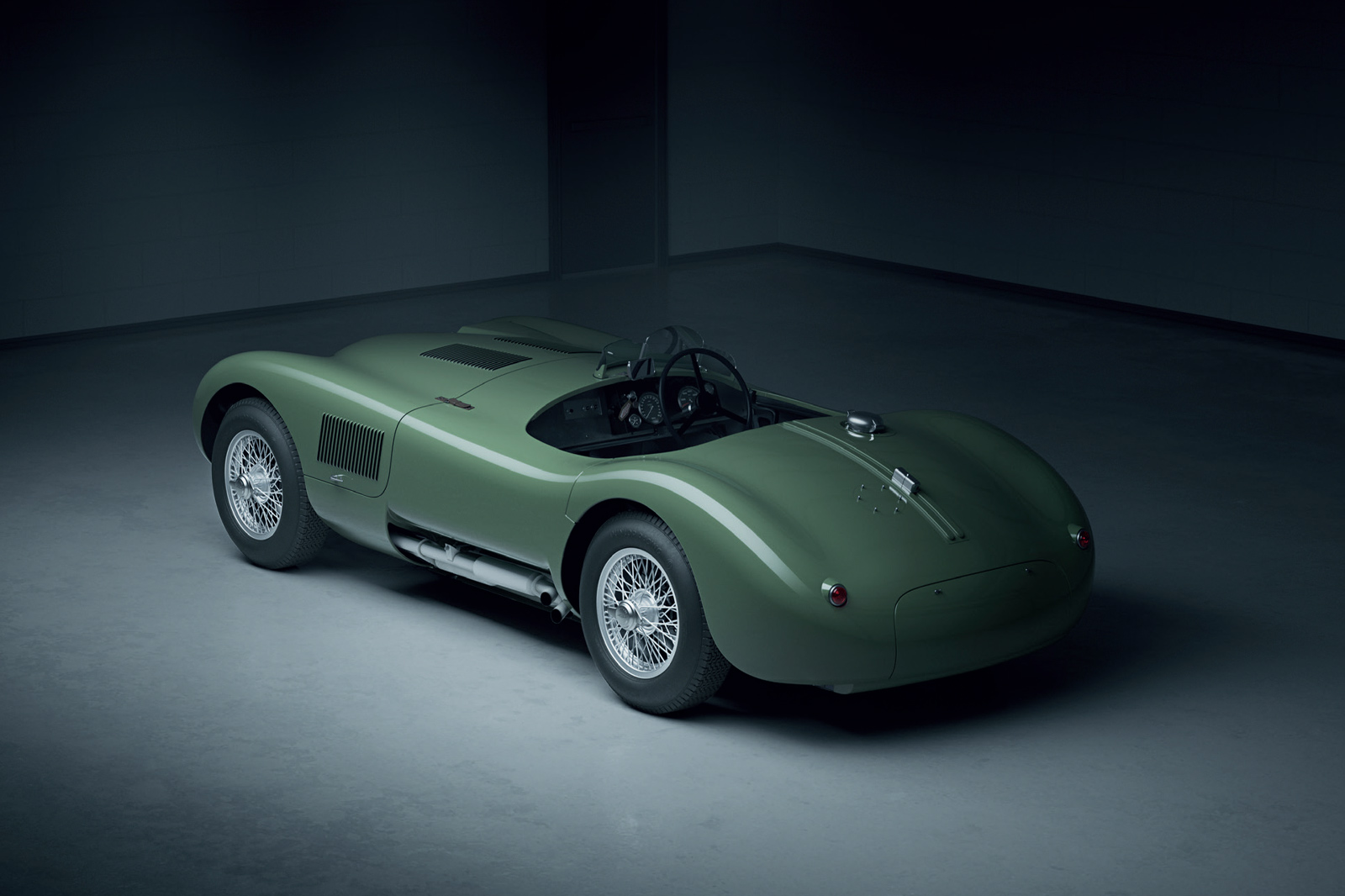 As with any generational dynasty, some children go on to more notoriety than others. The Jaguar E-Type celebrates its 60th anniversary this year, and as such the carmaker has announced a commemorative recreation of the boom-nosed coupe and convertible. This also being the 70th anniversary of the C-Type, Jaguar is of course celebrating in its own way— in this case, by producing a limited series of continuation cars based on the disc brake-equipped, 220 horsepower spec that won Le Mans in 1953.

All going well, those continuation cars will be making their way to the track in 2022, likely with a proud new owner behind the wheel of every single one. Despite a hefty price tag of $1.3 million, if previous continuation series are anything to go by, they won’t hang around long. 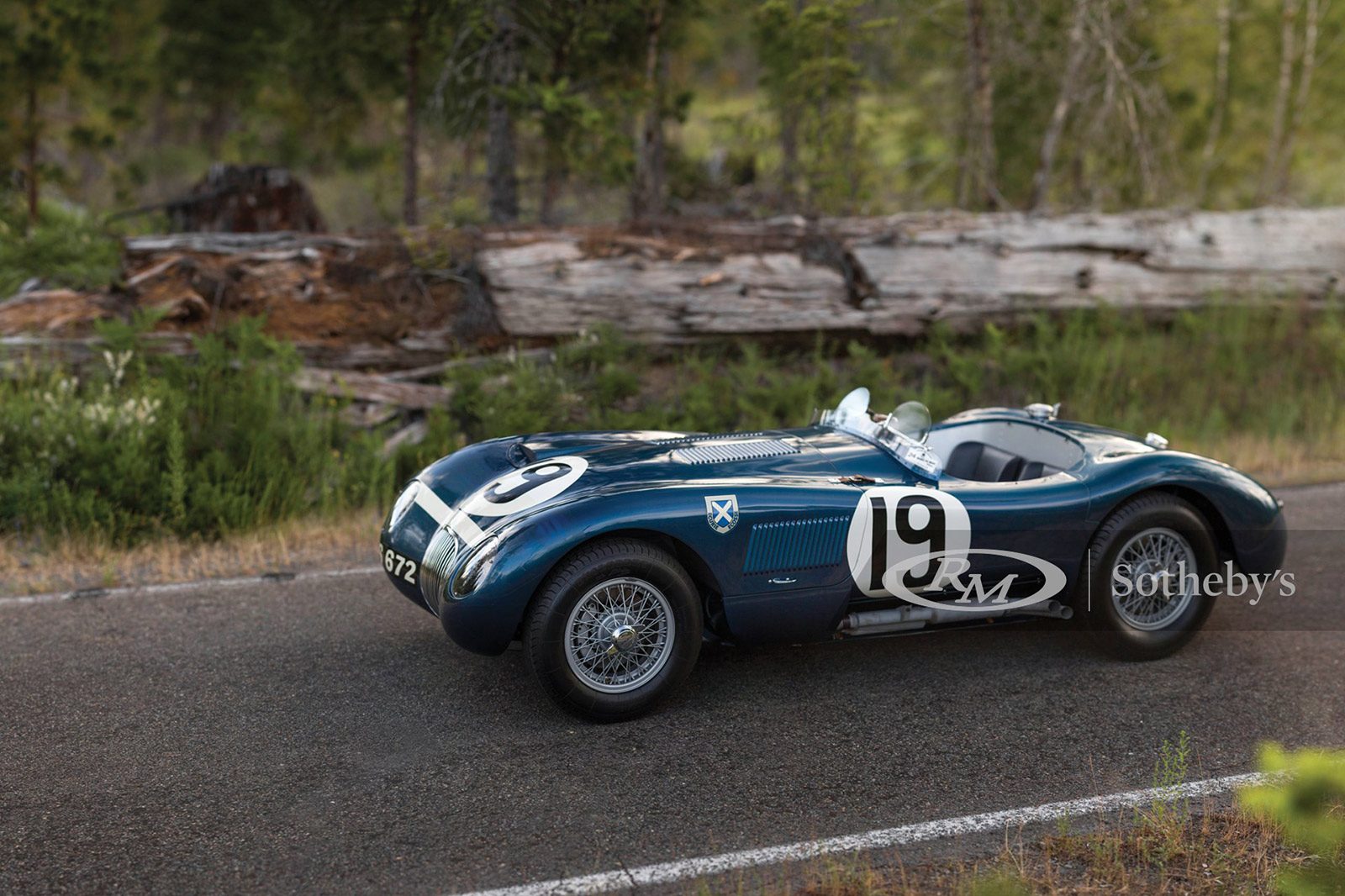 There’s no telling what Jaguar’s factory authorised C-Type builds will be worth in a few years. But the model’s pioneering race victories and extreme rarity— only 53 were built in total between 1951 and 1953— make this seemingly humble roadster become a coveted collector car. Still doubt the importance of the Jaguar C-Type? Consider what the market says on the rare occasion one comes up for sale. The C-Type that finished fourth at Le Mans in 1953 sold at a 2015 RM Sotheby’s auction in Monterey, California for $13.2 million.

Basem Wasef is an author and journalist with a penchant for all things vehicular. Though he had a colourful car watching childhood in London, Basem enjoys calling Southern California home.