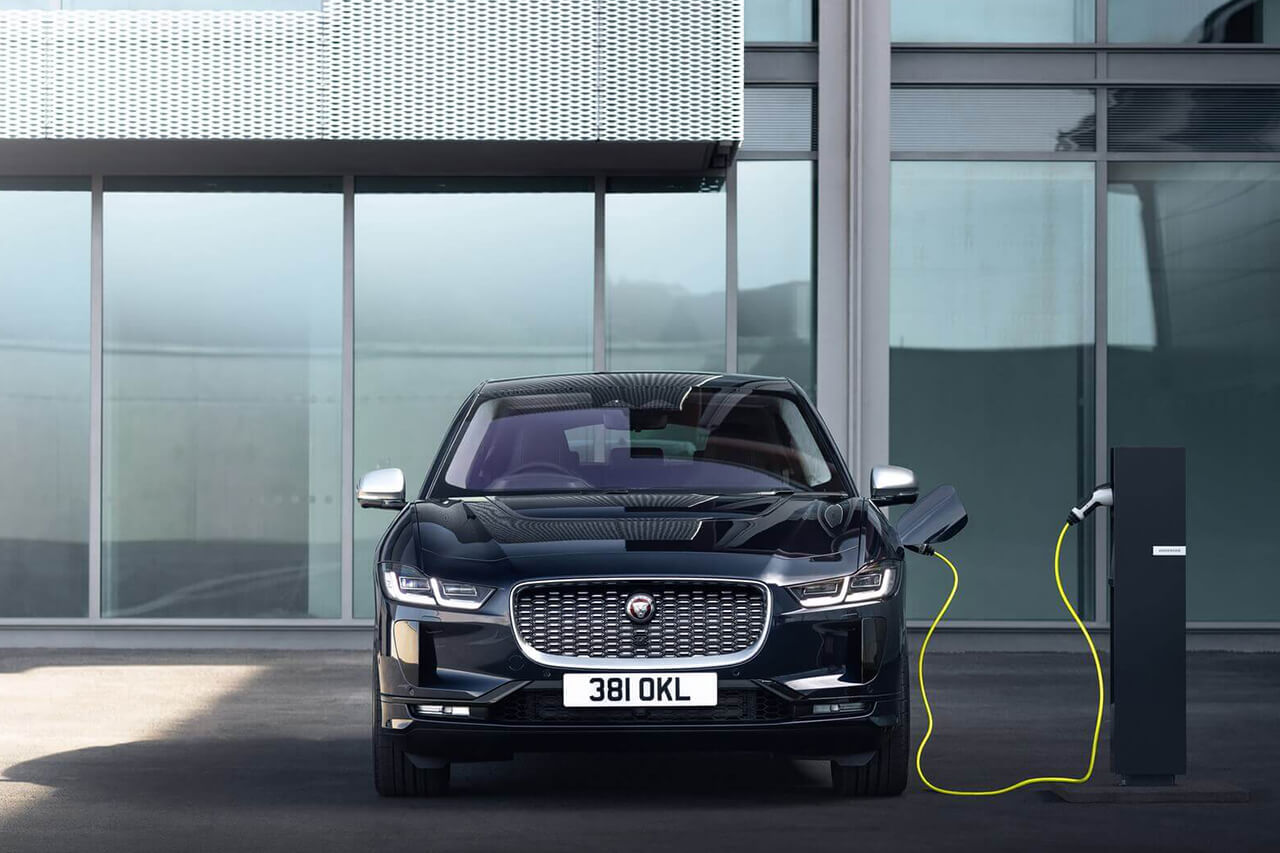 Electric vehicles had been a niche curiosity for 130 years. Suddenly they’ve stomped on the accelerator and shot into the mainstream. The internal combustion engine (ICE) is now an endangered species.

In 2020, the majority of cars retain the traditional recipe of cylinders and oil, but by the end of the decade they won’t. By 2030, according to Deloitte’s analysts, four out of five new cars sold around the world will be plug-ins. As the market share grows, so too will the infrastructure of charging points, whilst gas stations diminish in numbers.

Petrolheads are already decrying the loss of growling engines, shiny exhausts and H-gate transmissions. They are being surpassed by electroheads, who yearn for quieter, cleaner streets and cheaper running costs. This seismic change in the vehicles we drive is as much a psychological revolution as a technological one. A century ago, motoring pioneers toasted the ‘roaring’ Twenties; the pioneers of today like to go about their business in silence. 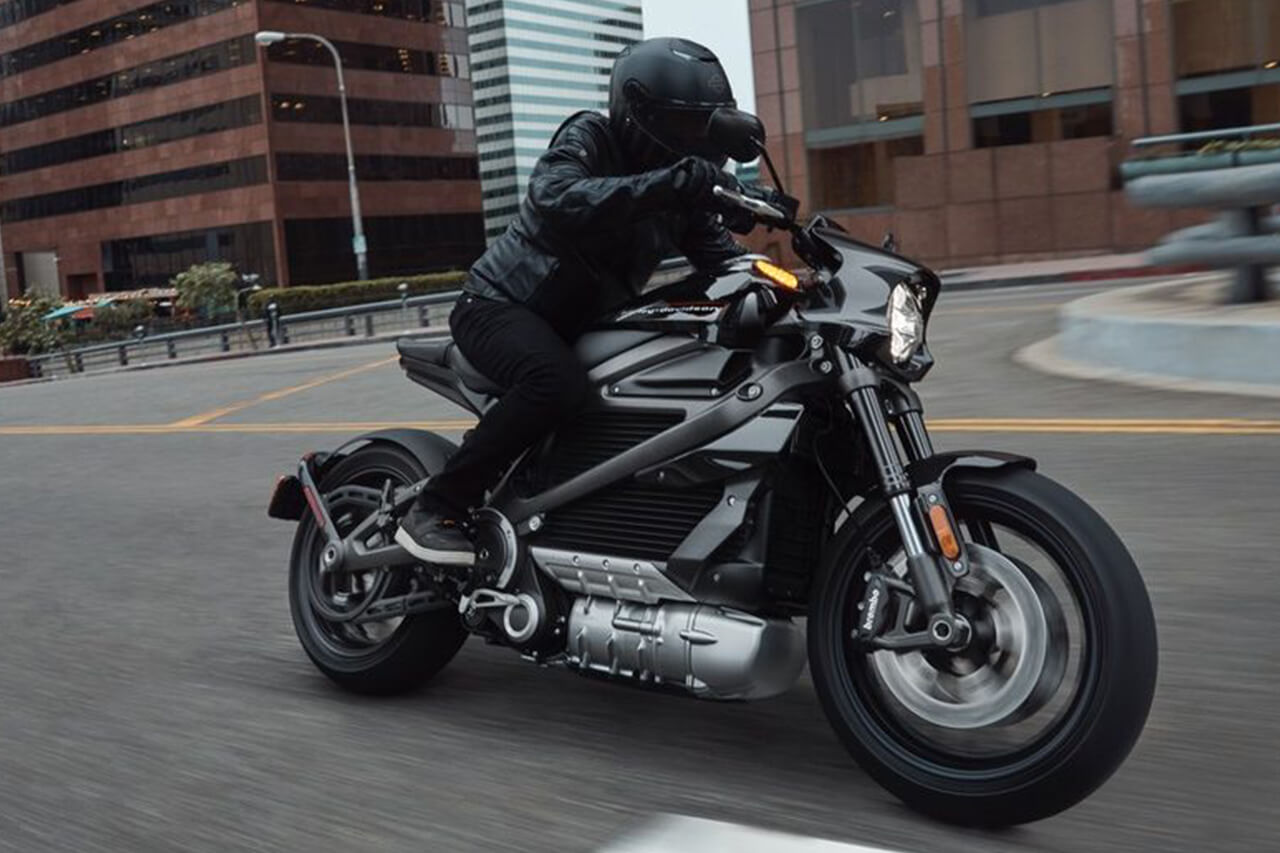 The automobile or motorcycle is no longer seen as a mechanical masterpiece that’s passed from one generation to the next. It’s becoming digital, disposable and on-demand, in tune with the lifestyles of today’s ‘iGen’. EVs charge, send and receive data, and are updated just like a smart phone. As battery technology improves, so too does the range. And as more motorists convert to battery power, the price of EVs is slowly coming down.

Right now, factoring in the average purchase price and running costs over the course of a year, electric is marginally less expensive than ICE. The costs of ICE on the other hand will continue to increase as governments ramp up taxes on fuel and emissions. So, battery-powered plug-ins are good for the environment and the wallet, but can they excite enthusiasts the same way a gas-guzzler can? Step forward Lotus. 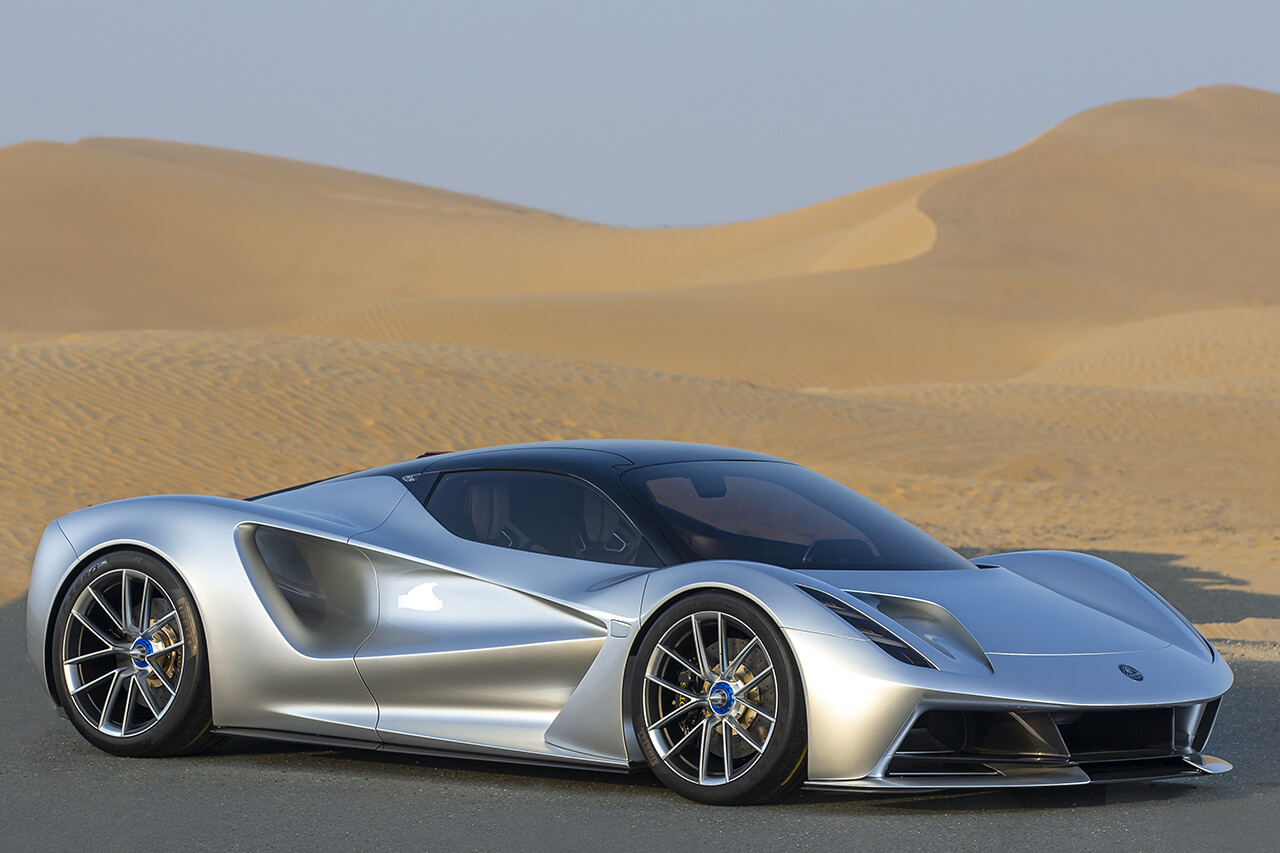 Ok, so the money-saving thing might not apply here. The price of the Eviya is £2.4m, and 130 will be built. Loti (to use the Partridgesque plural) are usually defined by their lightweight and modest cubic capacity. Here, the philosophy has changed. Battery cells, unfortunately, weigh rather a lot. On the other hand, they provide tonnes of power.

Lotus has done well to keep the Evija down to 1,680kg – positively anorexic for an EV. There are four motors that produce a combined 1,970bhp, which is certifiably put-a-straitjacket-on-it insane. A Ferrari F8 Tributo, packing Maranello’s most powerful V8 ever, has a maximum 770 Nm of torque; the Lotus has 1,700 Nm! Will it even be able to go around corners? Well, that’s what Lotus is known for, so you’d hope so. Put a bet on whoever plays the next 007 driving one of these. 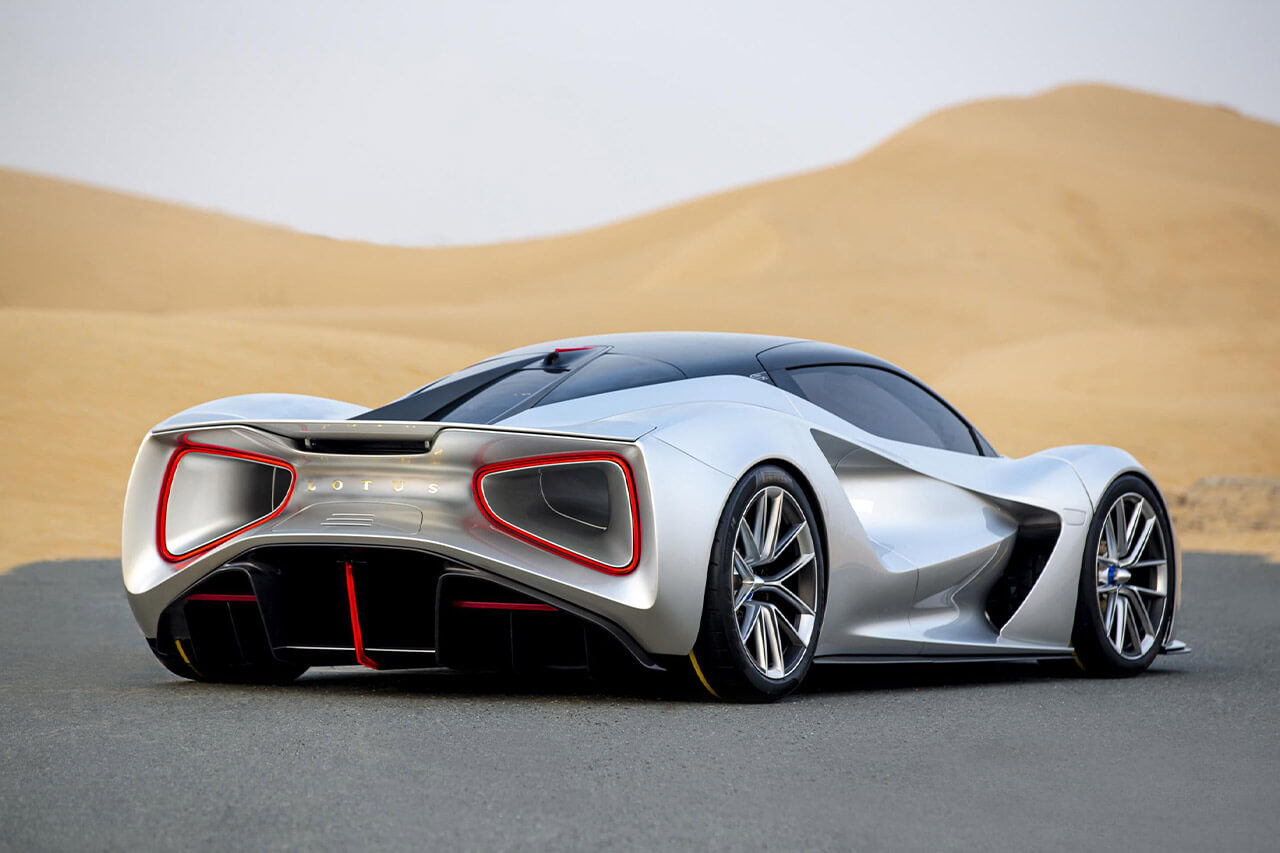 The Eviya might make sense for James Bond, but what about those without a licence to kill? The choice of all-electric family cars between £30k and £60k is rapidly expanding, starting with the Nissan Leaf and MINI and going up to the Audi e-tron and Mercedes EQC. Tesla’s Model S and Model X set the trend for premium EVs, but now the traditional manufacturers have caught up and are undercutting Elon Musk on price.

The build quality and safety of the British, German and Japanese offerings is also superior, because they’ve been making cars for decades whereas the disruptive Tesla identifies first and foremost as an energy company. Californians might have flocked to the Model S these past eight years, but the real tide-turner has been Jaguar’s I-Pace, the first EV from an established luxury brand. 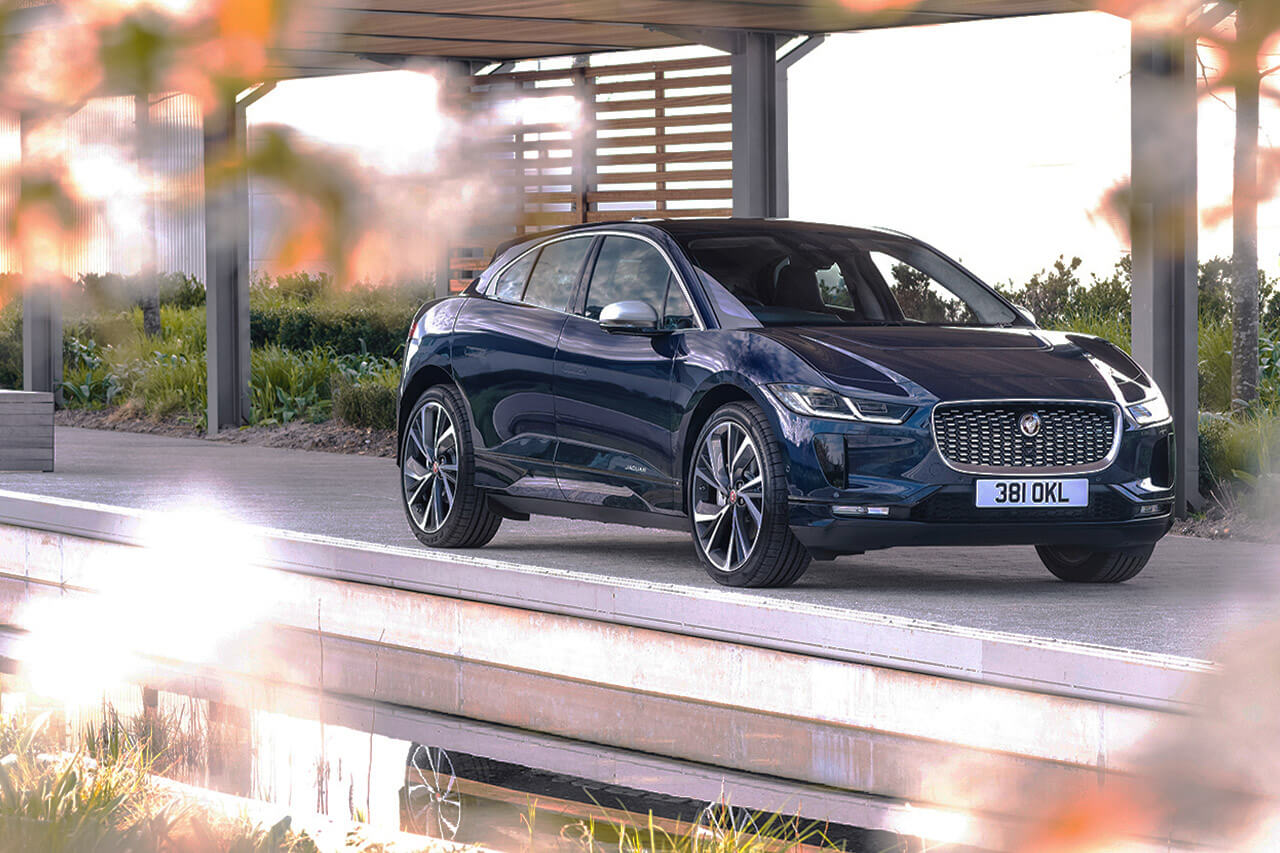 Priced from £65,000, the I-Pace is the most game changing car Jaguar has made since the 1960s. With a motor on each axle, its 394bhp delivers 0-60mph in a McLaren-chasing 4.5 seconds and it’s good for a 300-mile-range if you’re reasonably gentle with it. Permanent four-wheel-drive enables it to seriously impress off road as well as on, and the cabin is spacious as well as stylish. Far more grown up than a Tesla, it signalled upon its release in 2018 that the electric vehicle has come of age.

Rather wonderfully, some classic cars are being given a second life with new-age powertrains, which means beautiful designs from the 1950s and ‘60s will remain on our roads beyond the memories of their straight-six organs. But what if, for your open-air weekend thrills, you prefer two wheels and insist on leather, not Lycra. Harley-Davidson is able to accommodate. 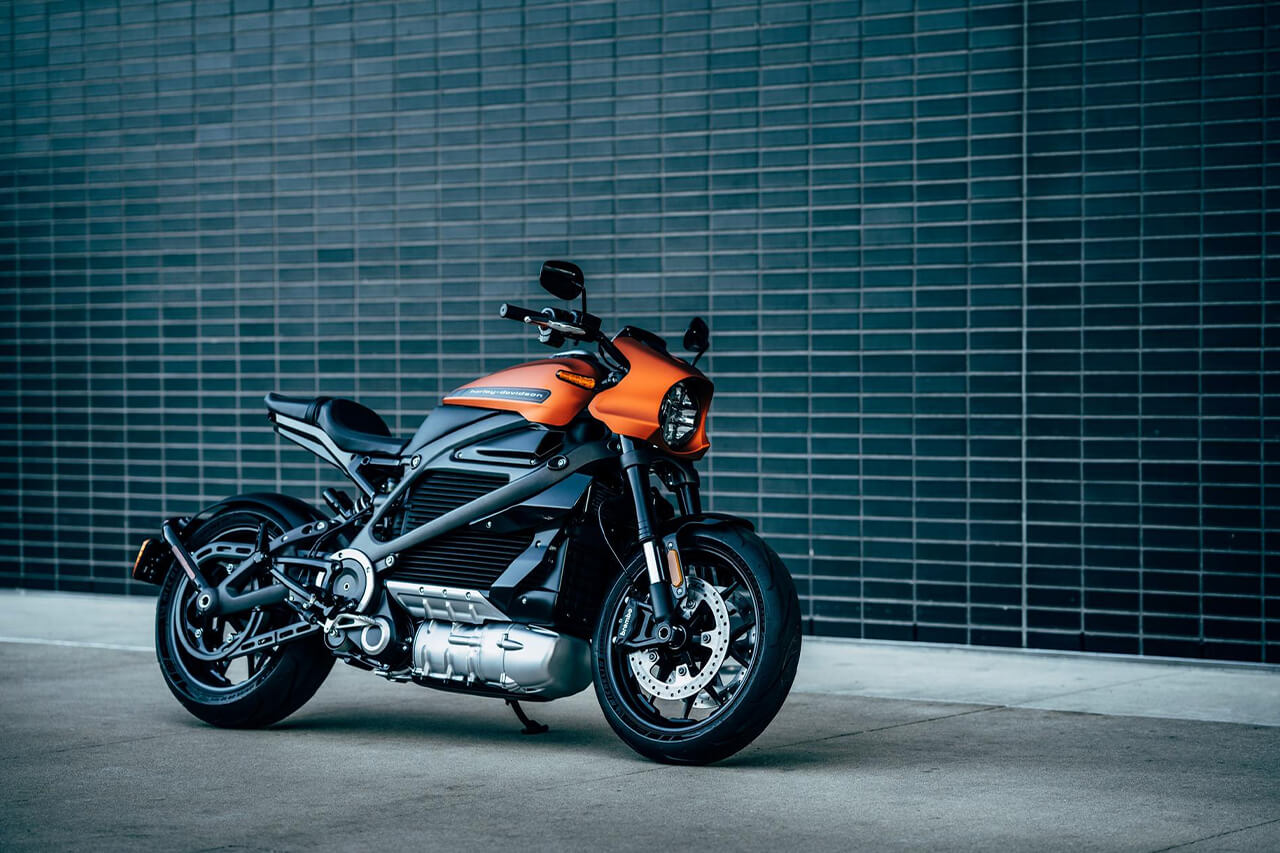 There’s nothing retro about this particular American icon. Packed with state-of-the-art technology, and with instant acceleration and an aggressive riding position, the LiveWire looks nothing like the bikes out of Easy Rider. Still, it’s the easiest rider out there and incredibly well-built besides. Application of its 105bhp is silky smooth and linear. There are seven selectable ride modes that electronically control the characteristics of the motorcycle and safety intervention systems, while a low centre of gravity means it’s probably the best handling Harley ever.

It’s equally easy to live with, too; able to fully charge in under an hour with a solid 100-mile range. And best of all it doesn’t sound electric – it sounds like a jet engine! Priced at £28,995, it’s a lot for a motorbike but good value for a trendsetter. Choose the right EV and there’s still soul and drama to be found. Responsibility may be the new sexy, but the future doesn’t have to be boring.