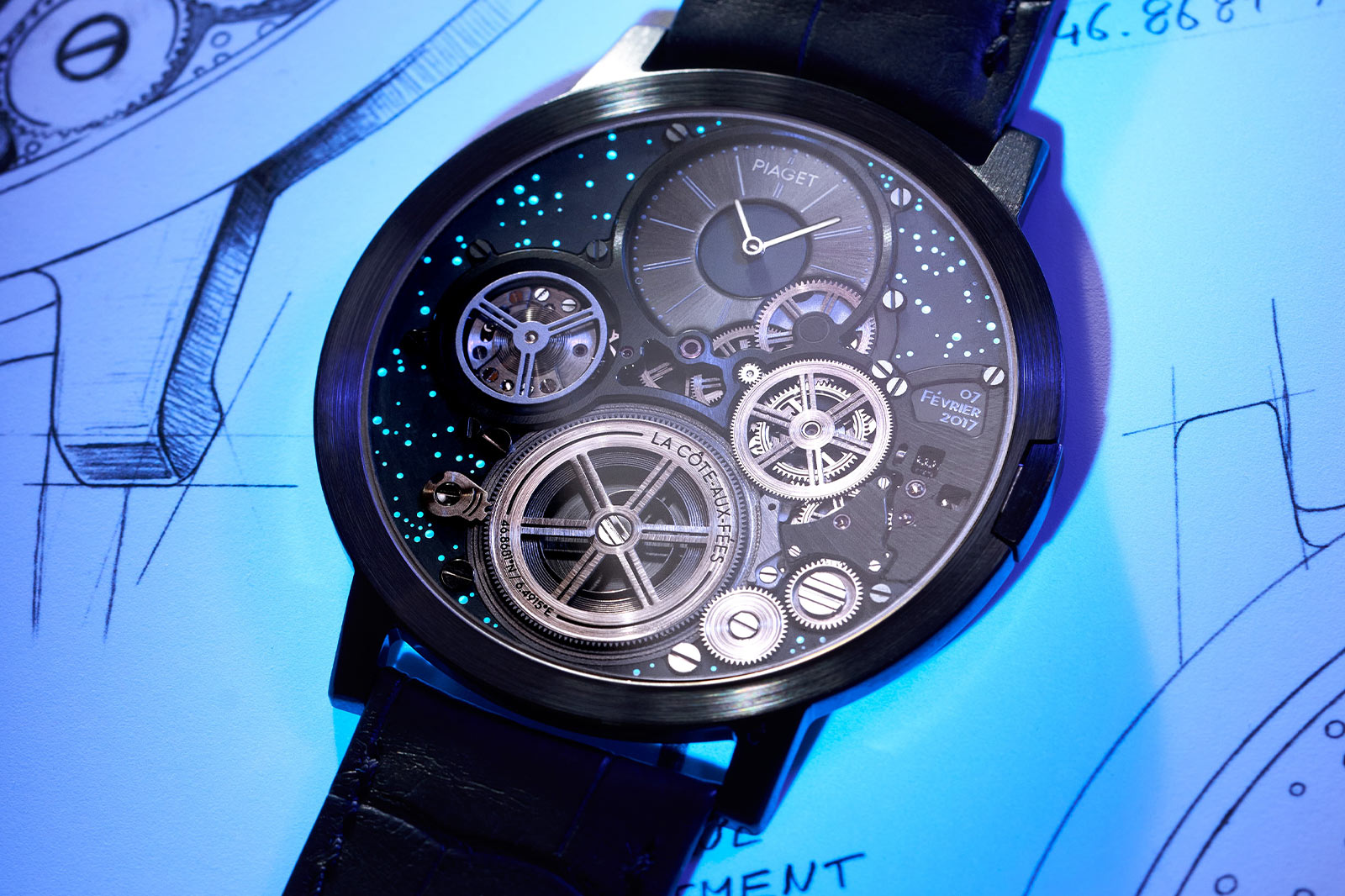 The battle to be the king of thin is as fierce this year as ever, with the two heavy hitters in impossibly svelte watchmaking both releasing their latest salvos within weeks of each other. We’ve already gone over Bulgari’s new, 1.8mm thick Octo Finissimo Ultra, but now rival Piaget have released their response: the Piaget Altiplano Ultimate Concept unique piece.

Let’s get it out the way: this is not as thin as Bulgari’s latest. It’s a whopping 0.2mm thicker. The fact that that’s even the margin between the two here shows just how extraordinary the rarefied realms of ultra-thin watchmaking have gotten – in large part to the original Altiplano Ultimate Concept released back in 2018. 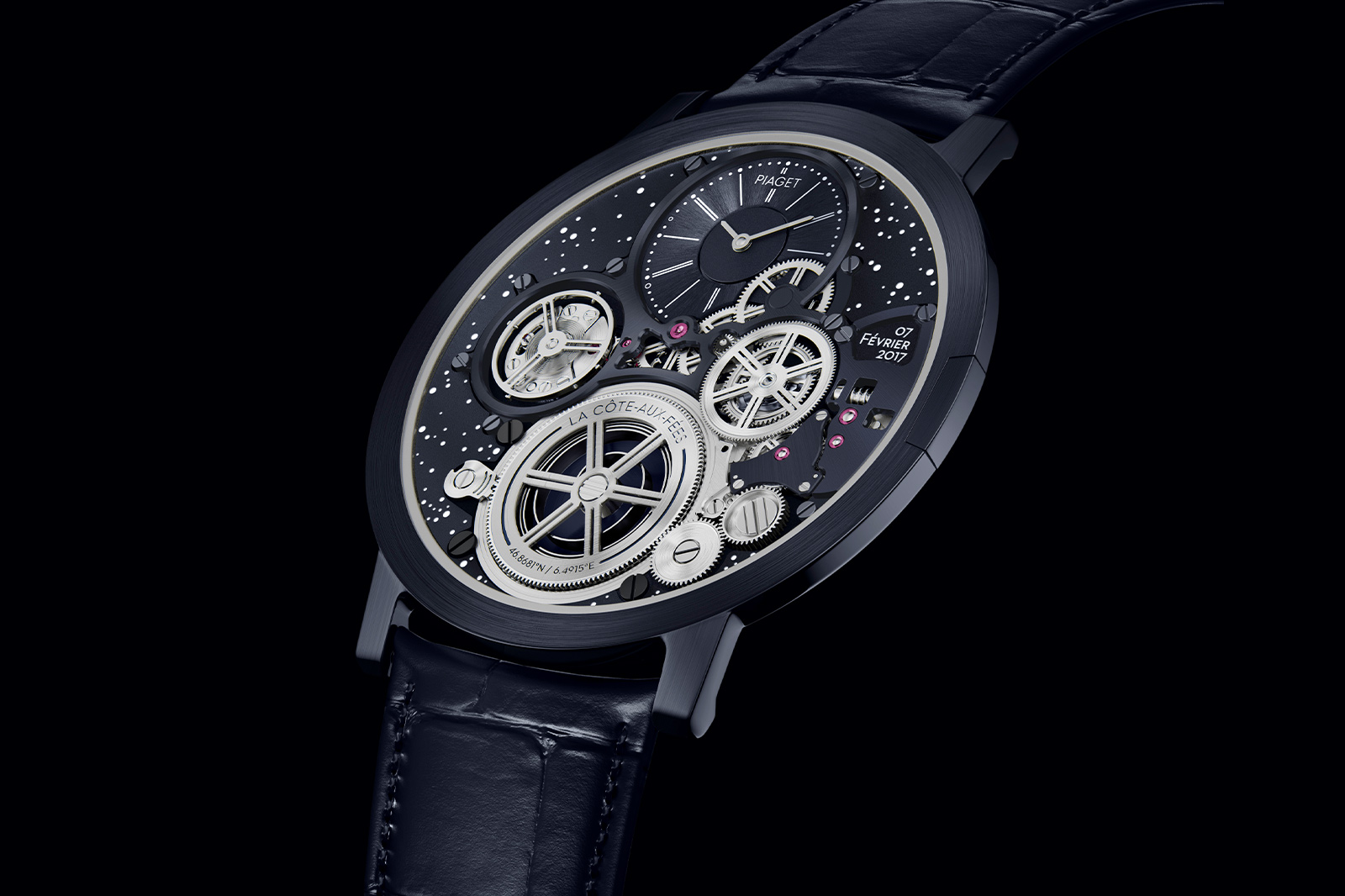 The magnificent concept watch was a huge achievement when it debuted, but perhaps the most important step was when the watch, the same thickness as a Euro coin, became a regular production watch in 2020. Now we have a unique version of a production version of a unique piece. Which does, admittedly, feel a bit roundabout.

Still, it’s a stunning rendition of the AUC. The 41mm wide, 2mm case-and-movement – pretty much every component it integrated into one mechanical feat of ingenuity – is precisely the same as the standard version, but with a host of new stylistic touches. 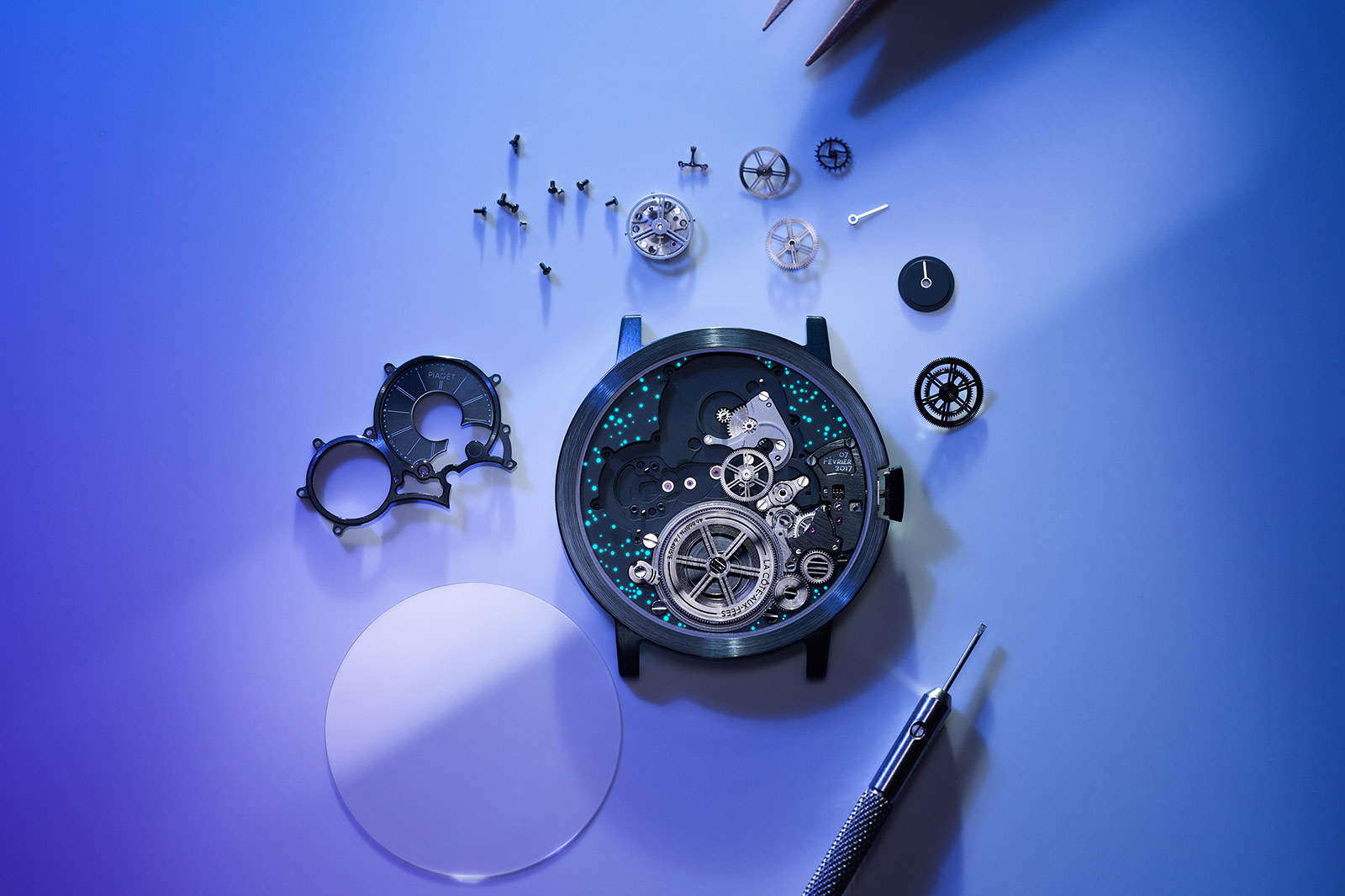 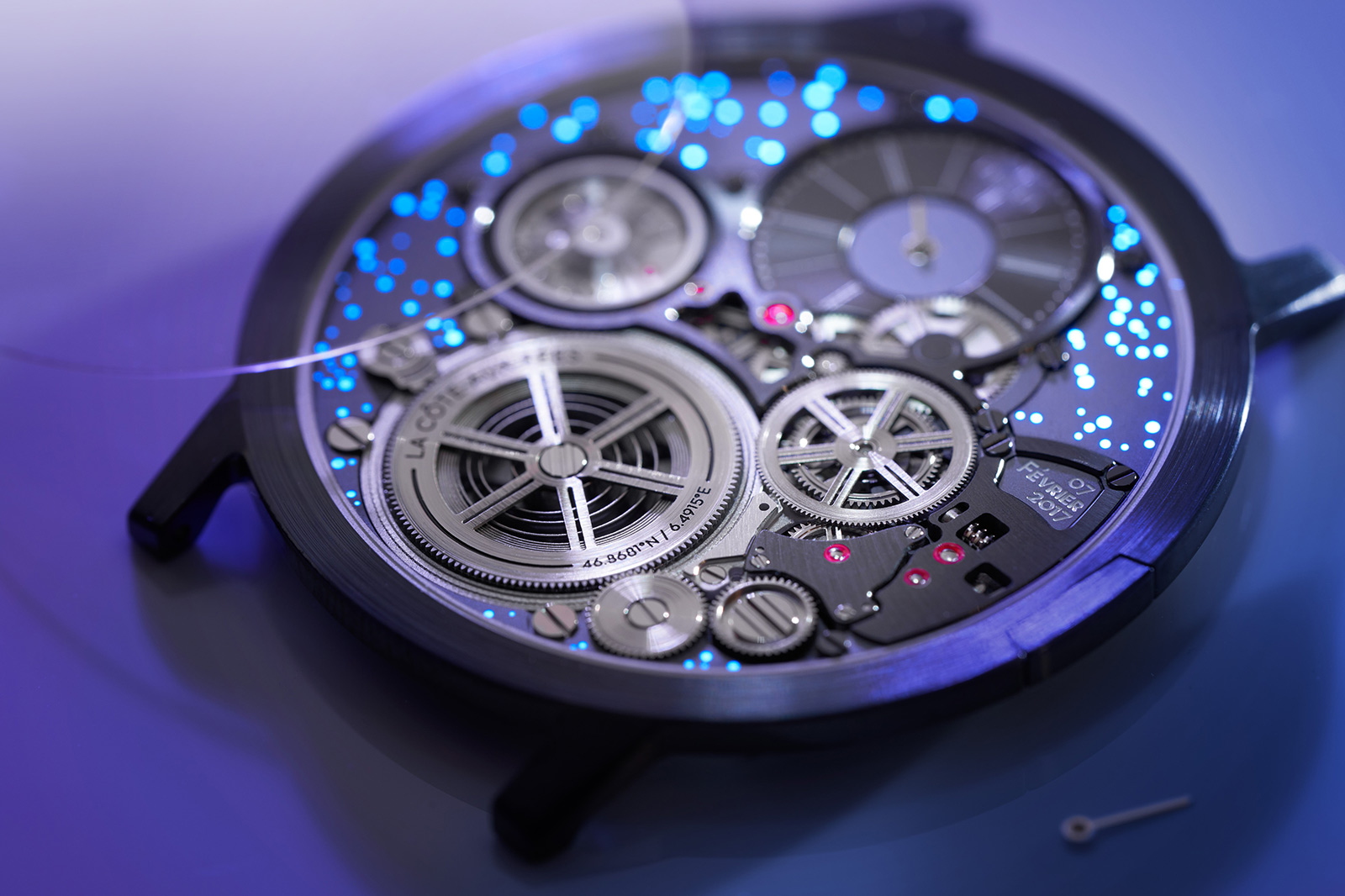 The logo is a historical one, the lettering taken from the typeface above Piaget’s manufacture. Among the dots of the minute ring, two are circles, marking 7:47 (rather than 9:39), which apparently is the time the first AUC became a reality. The birthdate of 7th February 2017 is also inscribed at 2:30. The final flourish is the lumed stars across the dial, which replicate the night sky on that day. In short, this may be the ultimate (concept) anniversary timepiece. 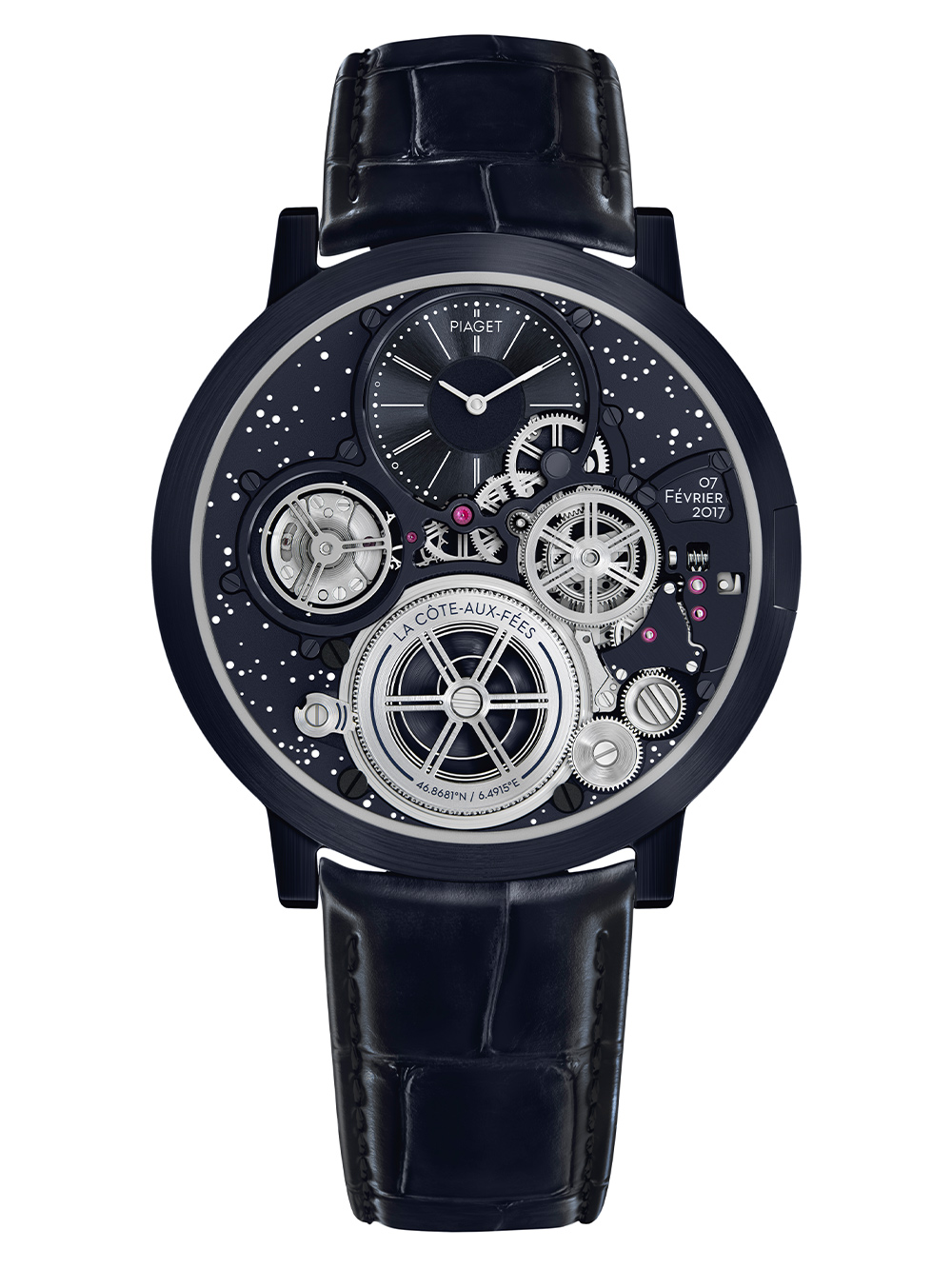 Does it matter? Not particularly. One collector somewhere will be incredibly pleased with their shiny new unique piece, but otherwise it’s just a lovely watch. There are no additional technical innovations, just a few fun tributes to the original watch.

That’s not meant to detract from the watch – it’s still magnificent in how thin it is and how nuanced the design – but the ball is very much still in Piaget’s court now that Bulgari have slimmed down their game. Sure, the Altiplano Ultimate Concept is better-finished, but that’s not the name of the game here. Your move, Piaget.