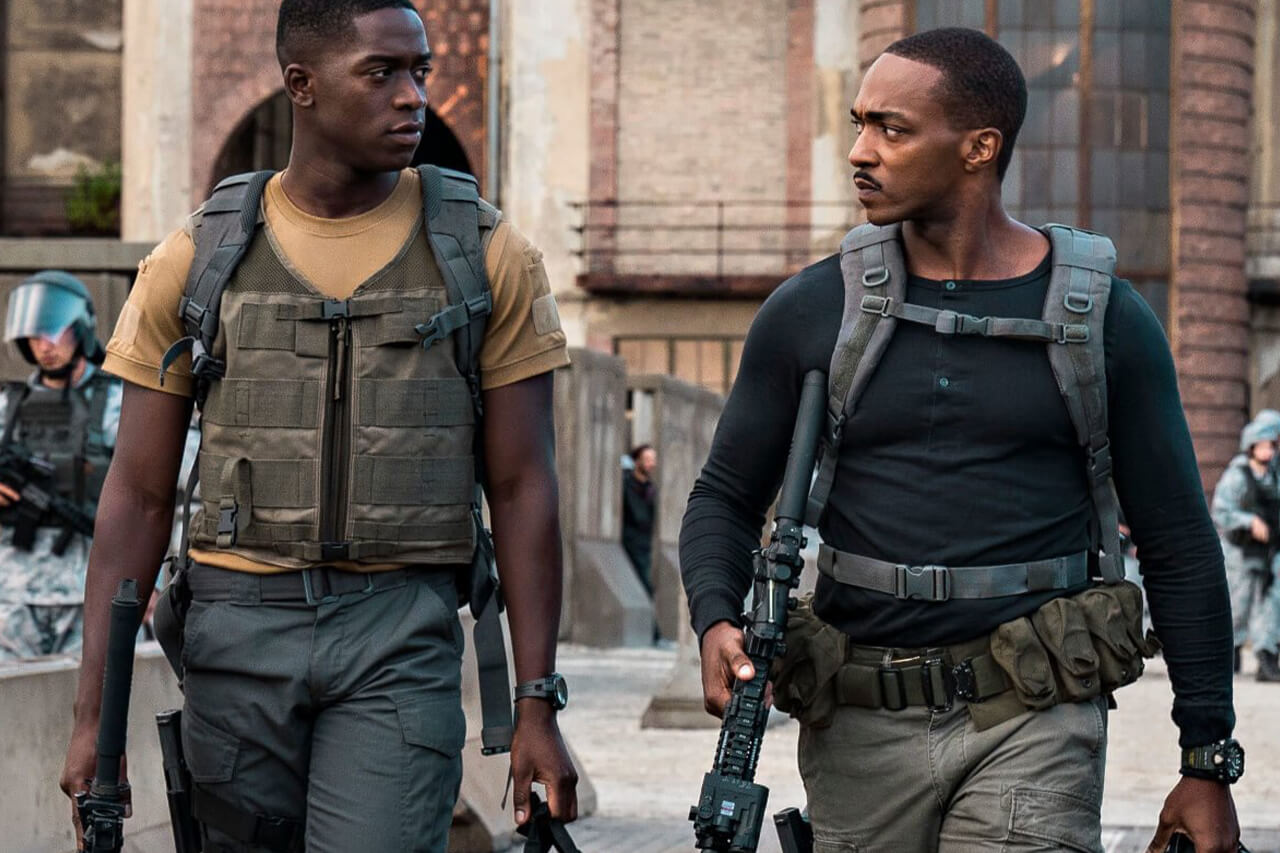 In an era where movie theatres are ghost towns, Netflix has upped their feature-length game with not just an impressive and ever-expanding selection of movies from other studios, but an equally-impressive slate of their own. Apparently they have all the money.

A good part of that money has been spent on their latest high-octane, sci-fi action spectacle, Outside the Wire. Following Anthony Mackie’s android specs ops soldier and a drone pilot on their way to stop a nuclear attack, it’s not exactly high concept. It is, however, a damn good time. If you liked Mackie as The Falcon, you’re thinking along the right lines. 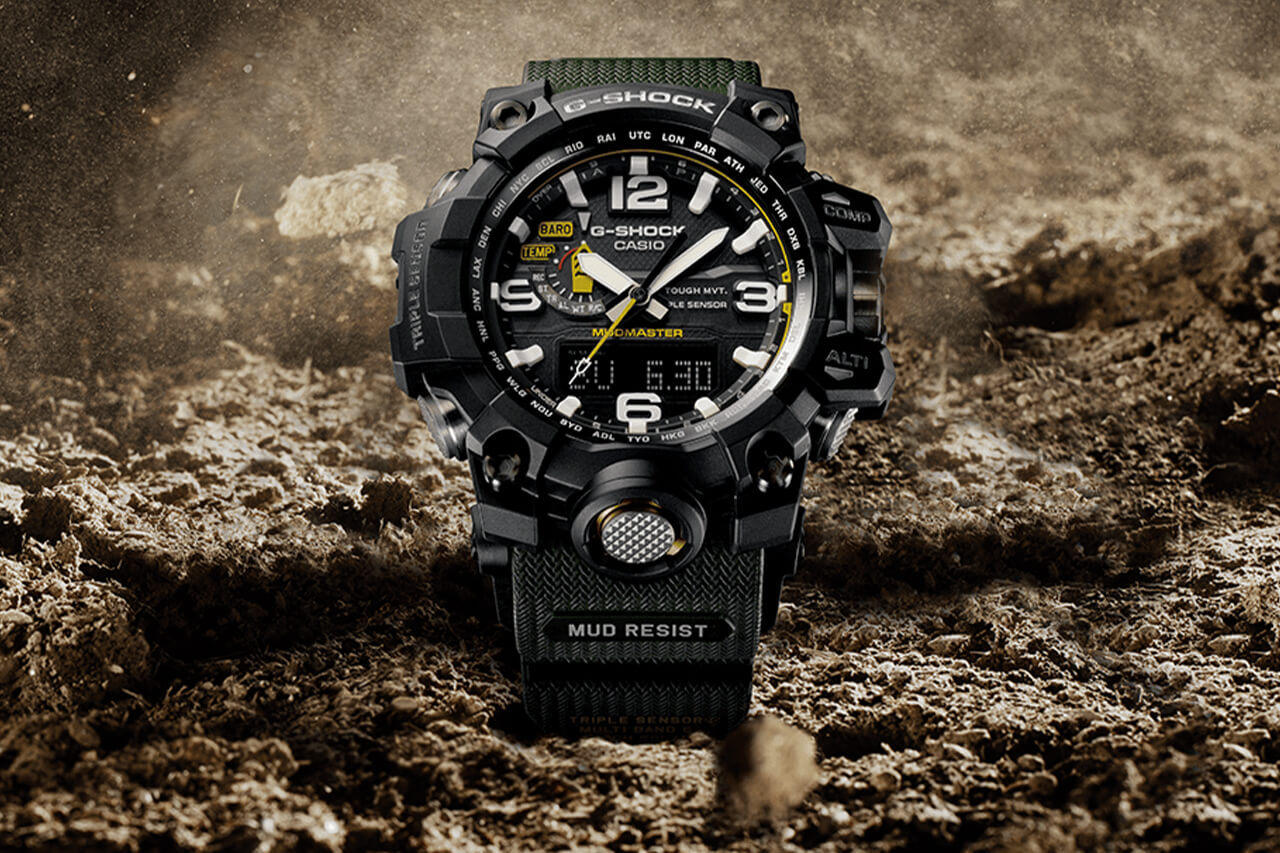 So what does a technologically-enhanced super-marine wear to keep track of the time? Some cranial implant, we’d assume. The film however has him wearing quite possibly the perfect bit military-spec wrist gear: the G-SHOCK Mudmaster GWG-1000.

The shock-resistant, mud-resistant chunk of digital-analogue timekeeping technology is a serious watch and designed specifically with military forces in mind. Not only does its chunky look suit the assault-rifle toting Mackie, but it looks like a natural part of his gear. It’ll also survive just about anything, meaning that if he doesn’t manage to get to the bomb in time (no spoilers here) at least you know his watch’ll survive. 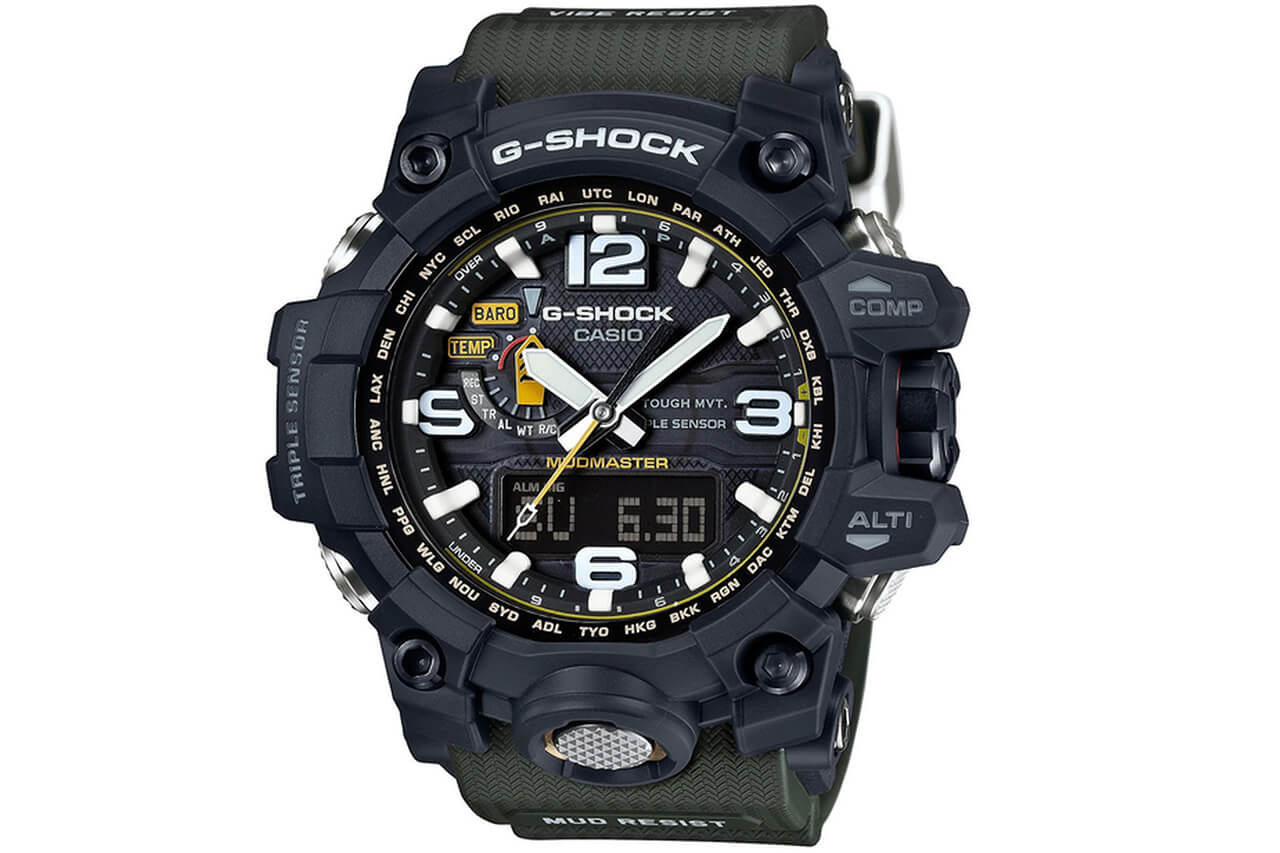 Funnily enough, this isn’t the first time director Mikael Hafstrom has opted for G-Shock timepieces, but then it’s also not the first time he’s done a silly-but-fun action romp. His other credits include Escape Plan and Derailed, both solid evenings in with a few beers.

Outside the Wire’s probably not going to be the last time you see a G-Shock on Netflix if Hafstrom has anything to do with it, and it certainly won’t be the last time we see Mackie, even if that does mean hopping over to Disney+.