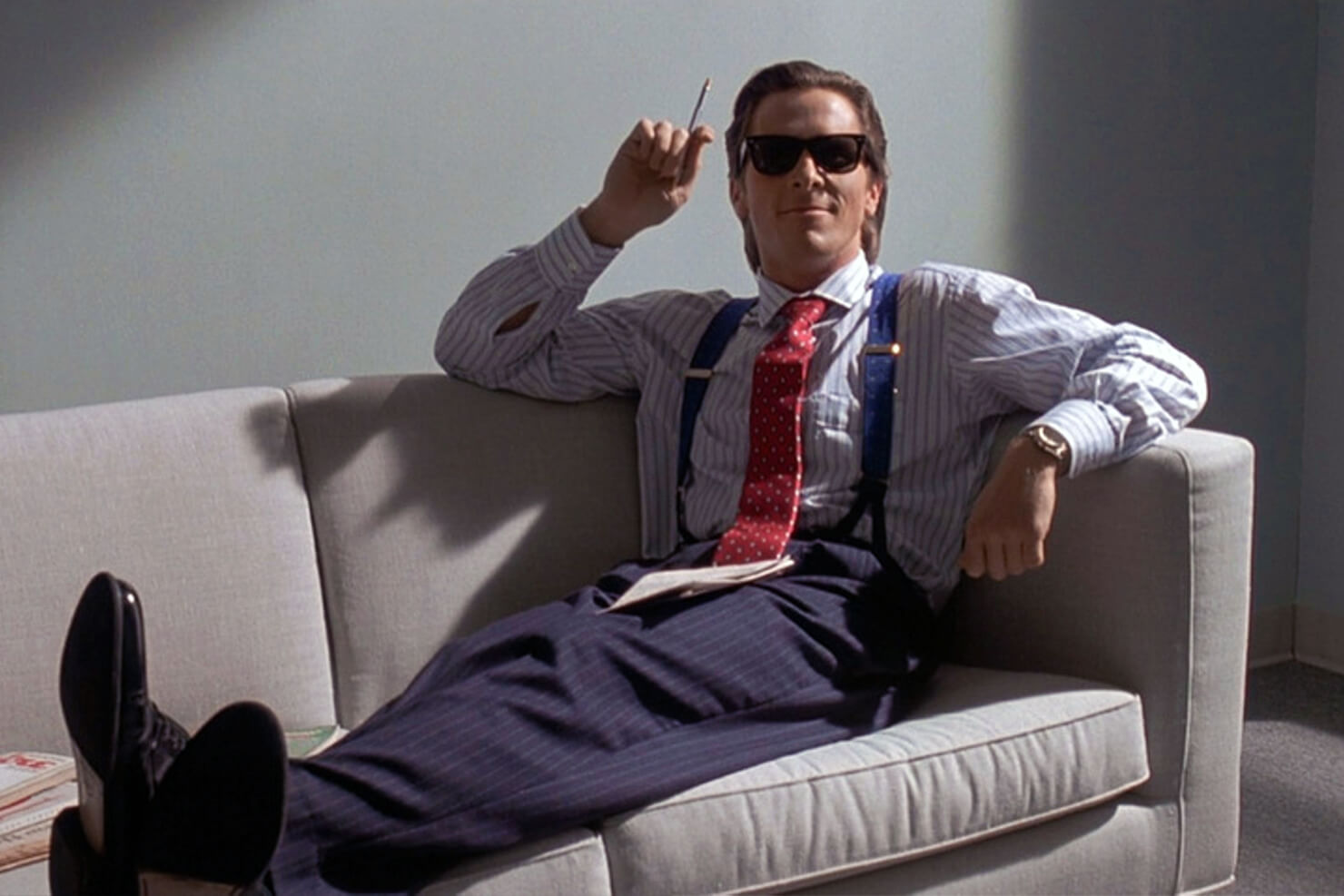 The concept of bespoke is about having what you want, just how you want it. Sure, there are plenty of characters on film that want things just so, but none of them stick in the mind like Patrick Bateman of the grimly funny, disturbingly dark, Christian Bale breakout movie American Psycho.

This is a man whose skin routine is meticulous to the point of obsession, and who dreams of creating the perfect business card. Hell, he even kills for the perfect business card (sorry, spoilers, though you really should have seen it by now). Needless to say, this is a man who thinks his entire life should be bespoke and not just that; it needs to be better than everyone else’s idea of bespoke. 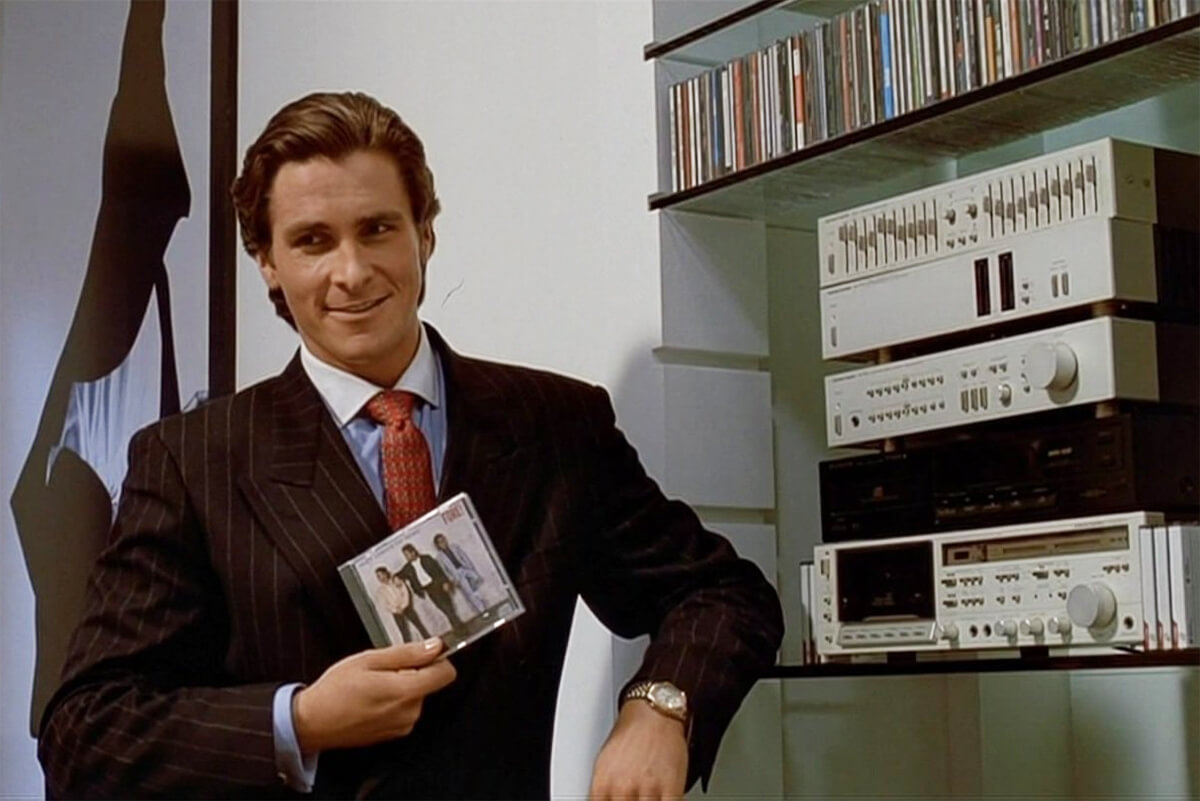 So, the big question: what does a man that’s one-part yuppie, one-part anarchist and many-parts serial killer wear on his wrist? The answer: a classic bi-colour Rolex DateJust.

I think we can all agree it’s a good fit. Bateman wears his wealth, taste and style on his sleeve and of course he’d want to take that as literally as possible. It’s also a safe bet, one that blends in to the homogeneous culture he’s a part of. Sure, he might kill people in his spare time, but in public he’s one of the lads. 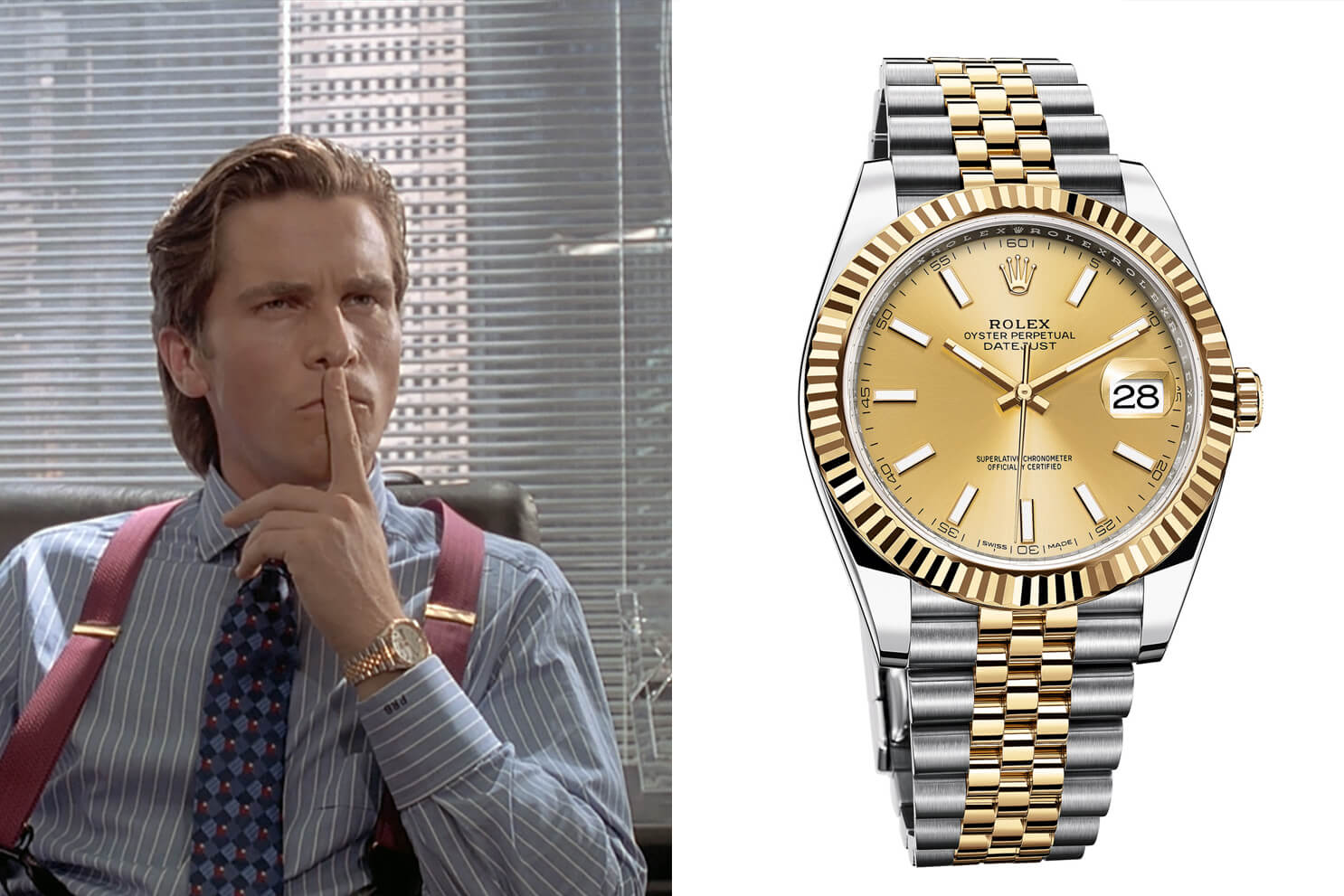 Speaking of which, there’s a fun fact behind Rolex’s appearance in American Psycho. The watchmaker was, understandably, a little worried about being associated with a man that mutilates hobos and murders prostitutes with a chainsaw. They didn’t want the DateJust featuring in any scene with bloodshed.

That’s the reason the watch doesn’t appear in as many scenes as you might expect. Then again, Bateman being the perfectionist he is, he probably wouldn’t want blood in the movement. I doubt it counts as lubricant.