When a hypercar just isn’t unique enough, here are the ways in which third parties are helping push the envolope in both design and performance.

You have the suit, you have the watch and everything you own is personalised to your exact specifications. And yet you find yourself settling for the same car as everyone else. Well, perhaps not everyone else; there are only so many McLarens to go around. Even so, why should you not have the same level of extraordinary uniqueness in your ride that you do elsewhere?

Fortunately, in the car world there’s no shortage of ways you can have your motor customised. I don’t necessarily mean getting it built from the ground-up as bespoke, even if plenty of marques are pushing that line nowadays. No, I’m talking about what you do after your shiny new hypercar is parked among its stablemates in your garage. From there, how do you elevate it? 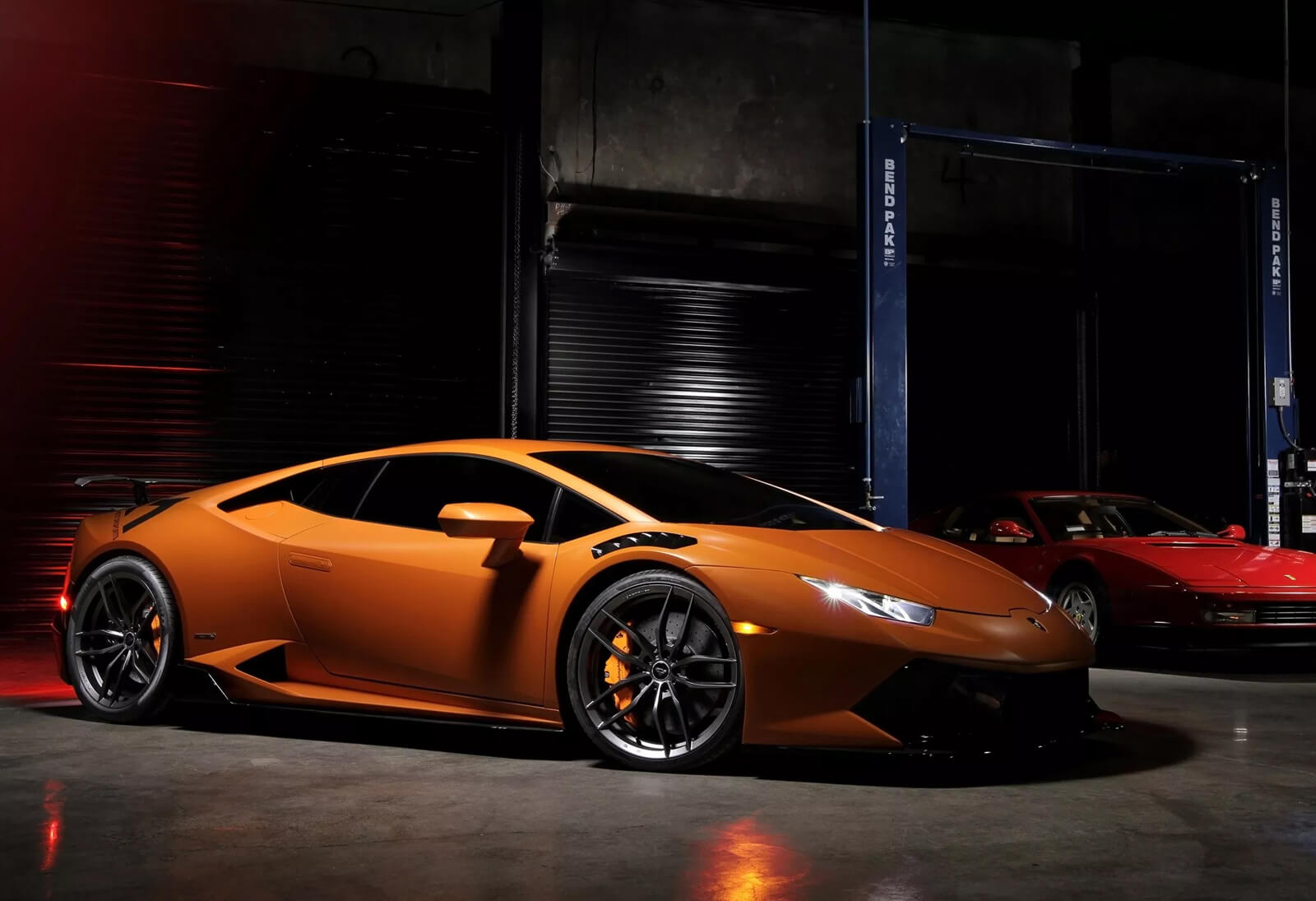 Never fear, for there are plenty of specialists out there pushing the limits of hypercars in ever more daring and, some might say, ridiculous ways. After all, how much more power can you pump onto the road? How much weight can you strip out? The answer for these guys is always the same: more.

Well, first off are the kits. These are essentially packages that swap out certain components for newer, more advanced and generally more expensive ones. It’s the same thinking as when your Lamborghini salesman offers you a more aerodynamic package on top of your Aventador. Just more so.

Porsche specialists Gemballa, for example, just showed off their GTR 8XX EVO-R Biturbo for the Porsche 911 Turbo and Turbo S. It not only makes the car look meaner than ever but it also pushes the top speed from a paltry 205mph to a much more impressive 230. It’s more than just aesthetic tweaks here, with engine tuning included. 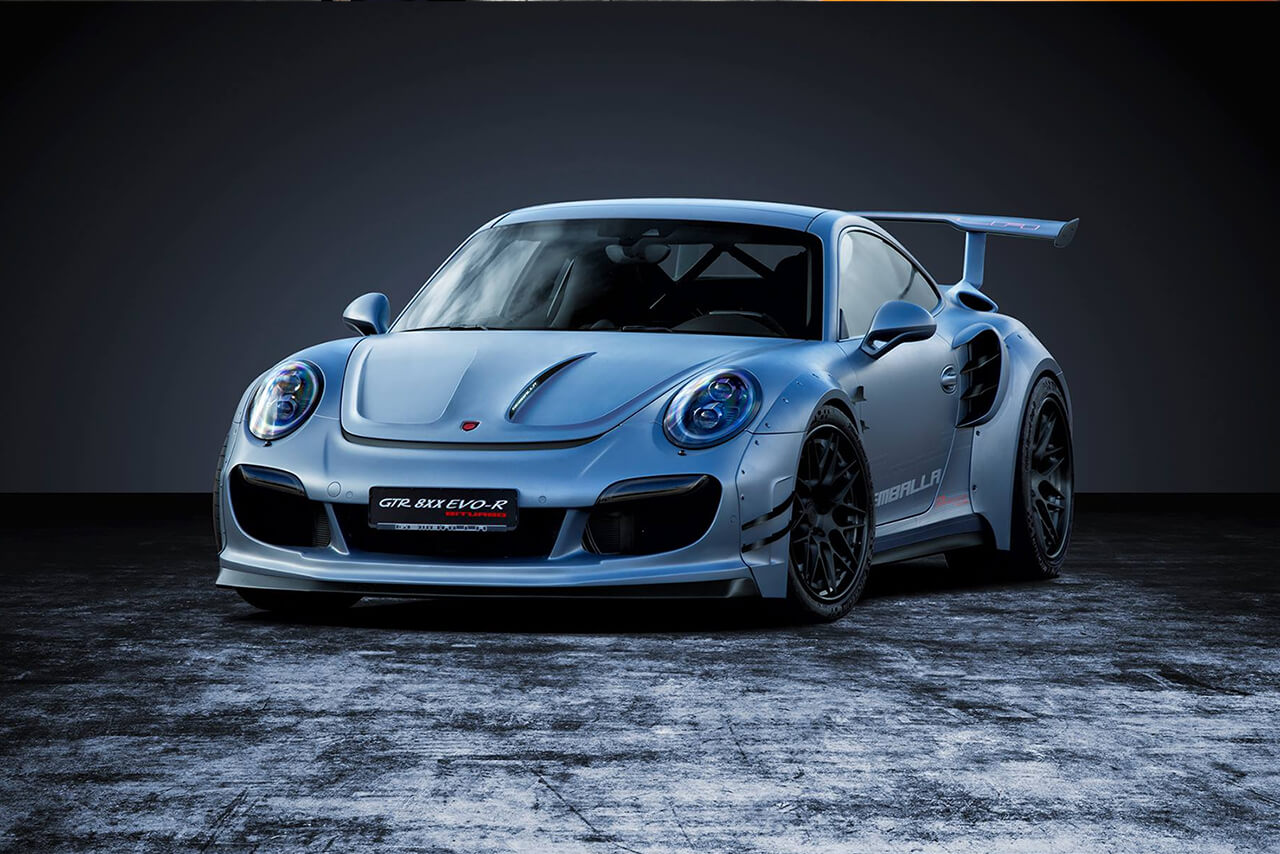 If that’s all a bit intense, you can simply opt for a less invasive body kit. The Huracan Novara Edizione Program from Vorsteiner for example just replaces existing parts with pre-impregnated carbon fibre. It lightens and stiffens the overall construction – not to mention making the Huracan look even meaner – but its intrinsic impact is a bit more minimal. It also means you car will spend less time in the shop of course.

In fact, that’s the main benefit of these kinds of packages. They’re straight add-ones, which means that you can always revert back to the original or, more likely, upgrade again at a later date. They can be installed with the minimum of fuss and are in essence the entry level customisation option. Then you have the likes of Brabus and Mansory. 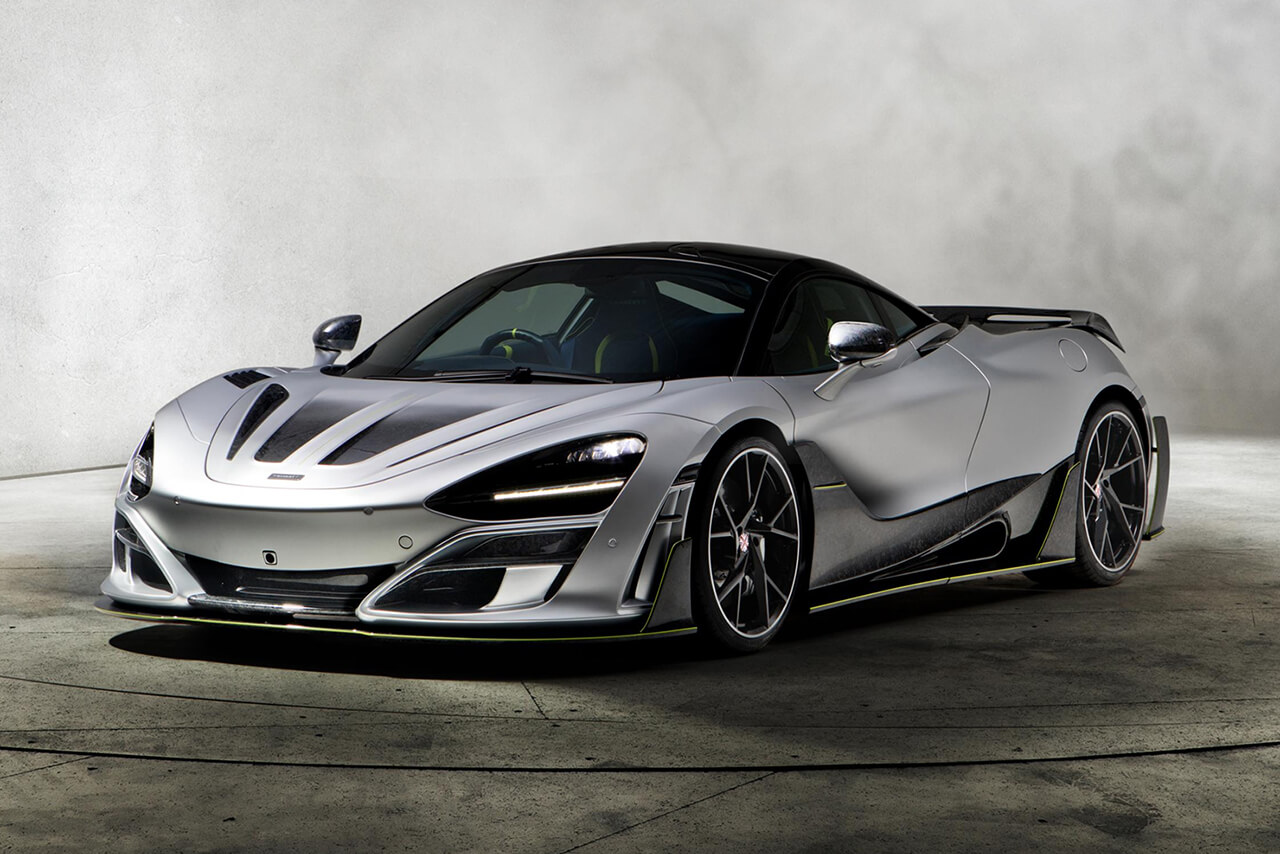 These guys take things to the next level. They not only change a few components here and there and tweak an engine or two; they implement some serious structural changes to their cars. And they do become their cars.

Take the Mansory McLaren 720S that debuted in Geneva. The beast of a base car is already mostly carbon fibre, so Mansory redesigned the entire front end, with opened, optimised air intakes. The same goes for the rear of the car, which has an entirely new diffuser for added stability at high speeds. The result is a car that can sprint from 0-100 in 2.8 seconds and, while doing so, is more agile than ever before. They did much the same with the arguably more impressive and definitely more beautiful Stallone, Mansory’s revamp of the Ferrari 812. It’s right at the top of my bucket list to get behind the wheel of that thing. 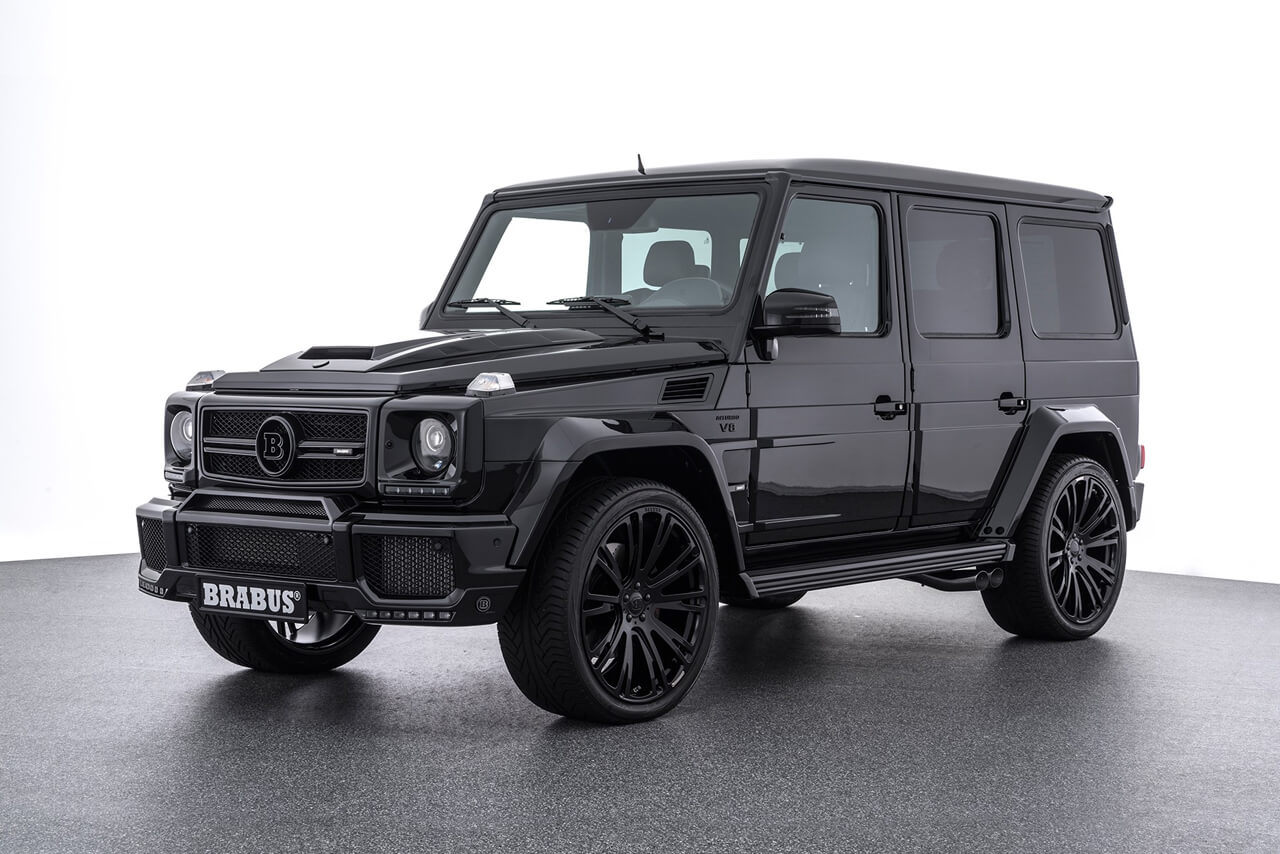 Then there’s Brabus, who have been in the game since 1977, a good deal longer than most contemporary upstarts. Rather than get that extra half a horsepower out of lean hypercar engines however, they instead prefer more unusual performance cars. Their Brabus 900 One of Ten is a 270 km/h Mercedes Benz G65 AMG, and the Ultimate 125 is a pimped out smart car. Not exactly the usual suspects to be sure, but if you ever need to bow to the demands of practicality, who says you can’t have fun doing it?

Across the pond, Galpin Auto Sports offers an even odder assortment of custom cars, ranging from a recreation of the Mystery Machine to their very own concept Ford GT. That last is breathtaking, an interpretation of what the GTR1 would have looked and performed like had it continued its evolution. It’s a beast, capable of over 225mph, complete with entirely new coachwork. Oh, and it has a McIntosh sound system in case you get bored of the engine. You won’t. 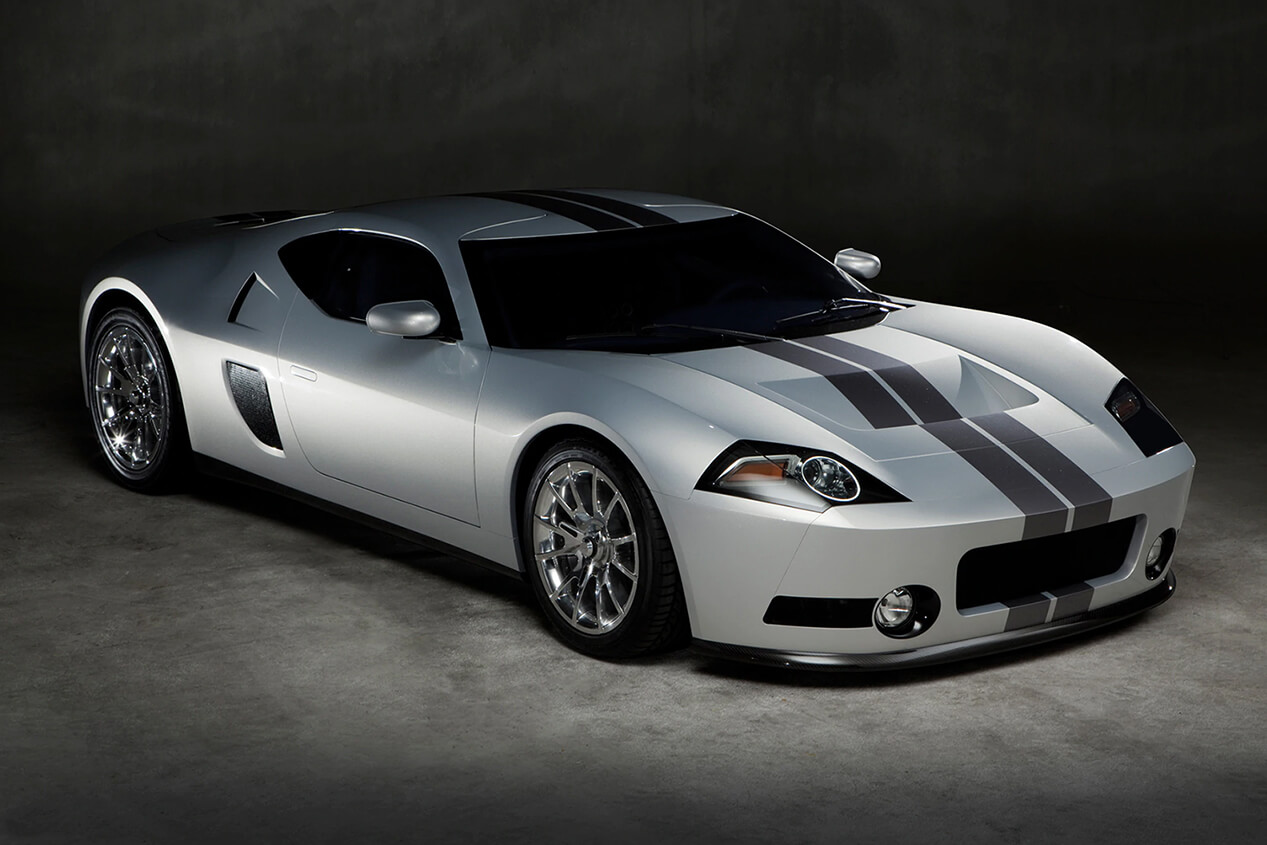 So, whether it’s a simple aftermarket kit to slot onto your car, something a bit more involved with some engine performance tuning thrown in, or a full-blown, almost unrecognisable overhaul of the car, you certainly don’t need to settle for an off-the-shelf roadster. Just remember to be careful what you wish for; these beasts make for some serious, serious horsepower.