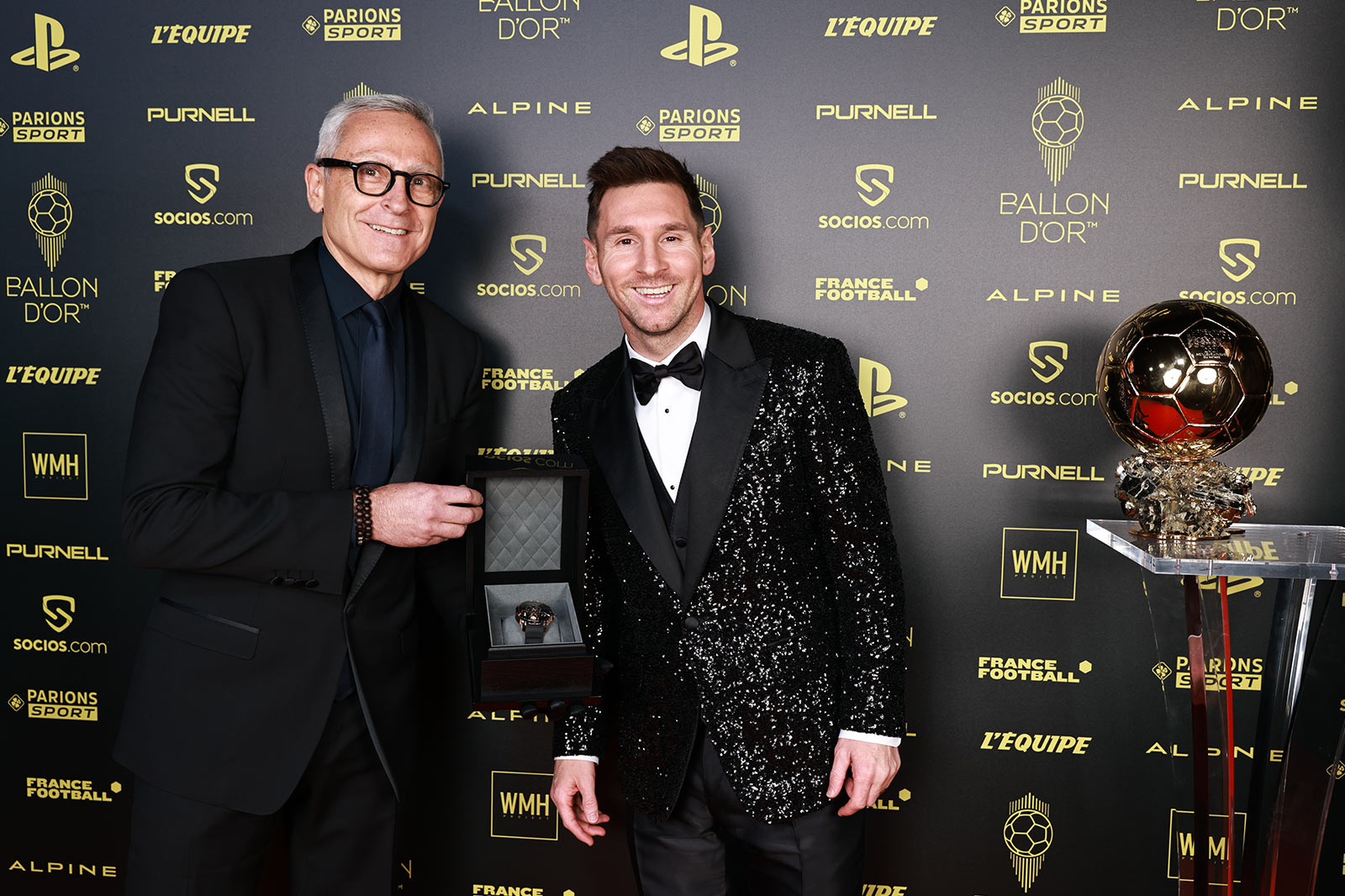 Following his high profile move to Paris Saint Germain (PSG) after a staggering 21 years at Barcelona, it seems that Lionel Messi’s star is still very much in the ascendancy as last night he was announced as the winner of the 2021 Ballon d’Or. For those of you who, like myself, don’t follow football (real football, sorry America) the Ballon d’Or is the most prestigious annual award given to the top performing male and female players as voted by the magazine French Football. Alongside the prize win, Lionel Messi was gifted a wristwatch, a unique Purnell Escape Ballon d’Or Tourbillon watch, which is worth a closer look.

The unique piece is based on the Purnell Escape II with the most notable difference being that it has a single tourbillon rather than the original double. However, the single tourbillon is far more central to the overall design as it has been moved to a more prominent location at 6 o’clock and has been given a gold cage in the shape of a football, rotating once every 30 seconds. Considering that Ballon d’Or translates to Golden Ball, I’m sure you can work out the logic behind that design decision. 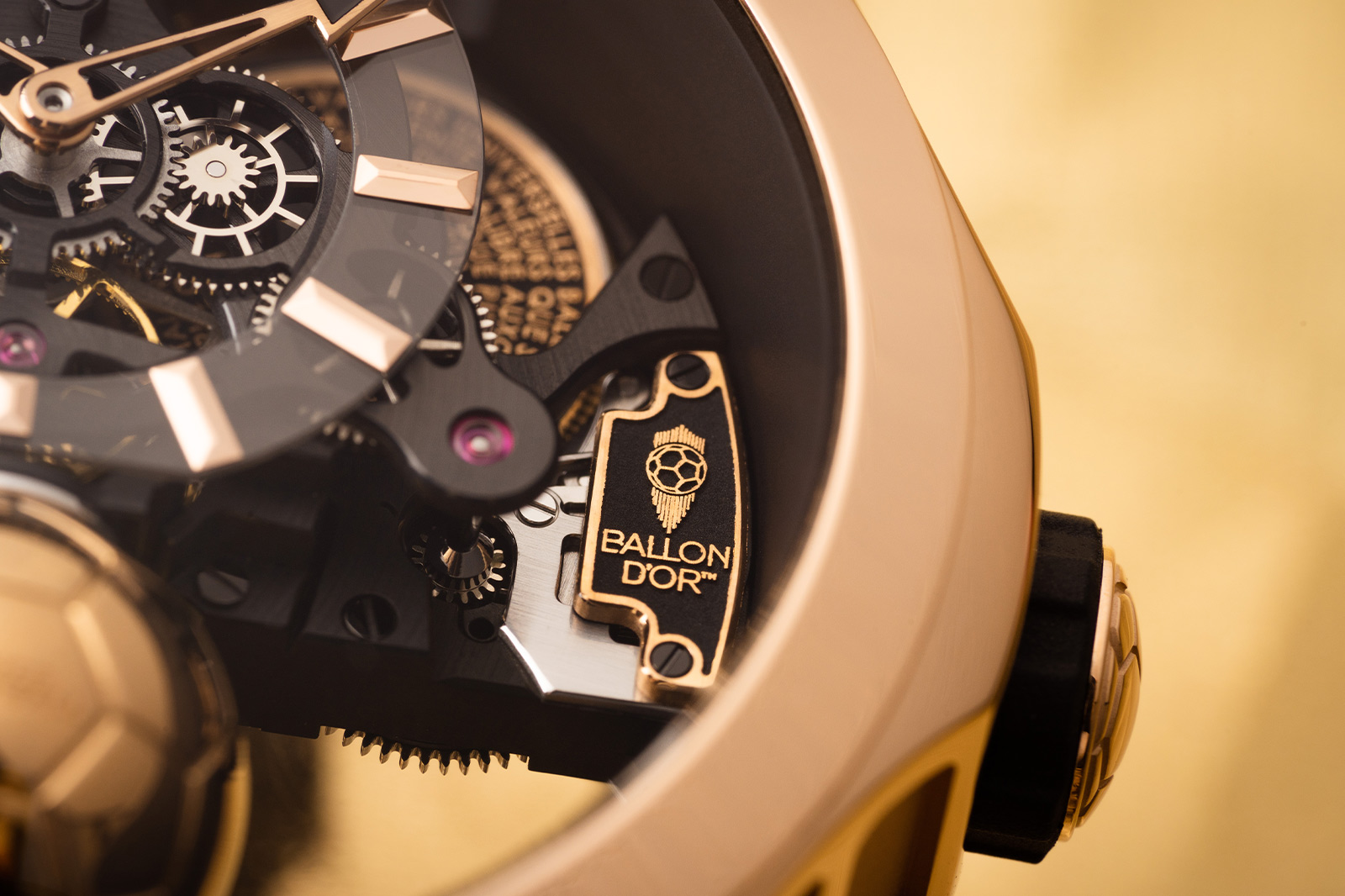 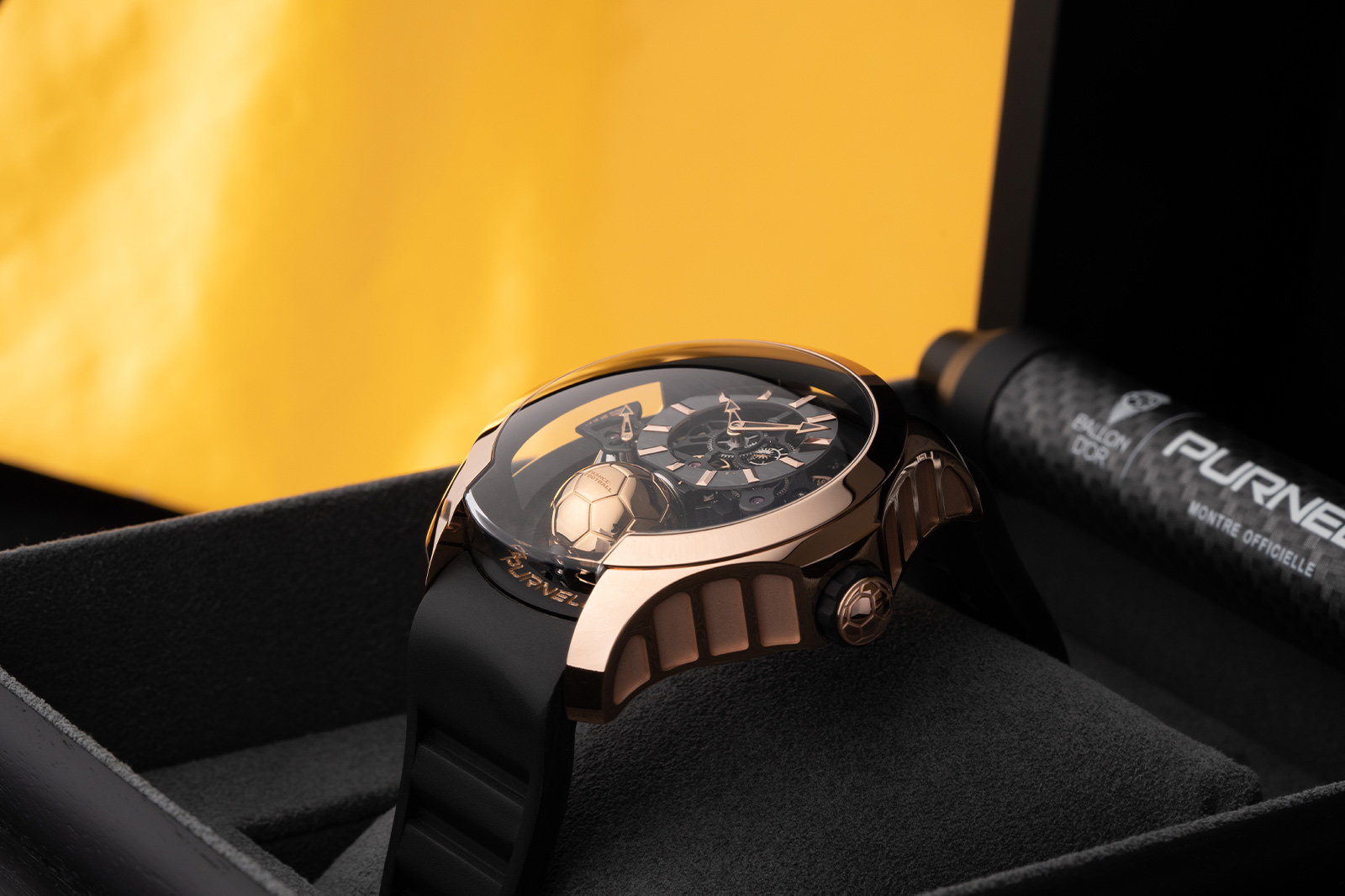 A further reference to the award can be seen on the two barrel covers which have custom engravings in French. On the left, it acknowledges the recipient of the prize – the fact Lionel Messi was gifted the wristwatch – and on the right, it celebrates the history of the award and Purnell. Other than the engraving, the top half of the dial remains the same as the base Escape II with hours, minutes and a power reserve indicator. Its 18k rose gold case is also the same dimensions as the base model with a diameter of 48mm, definitely large but necessary to house the tourbillon. 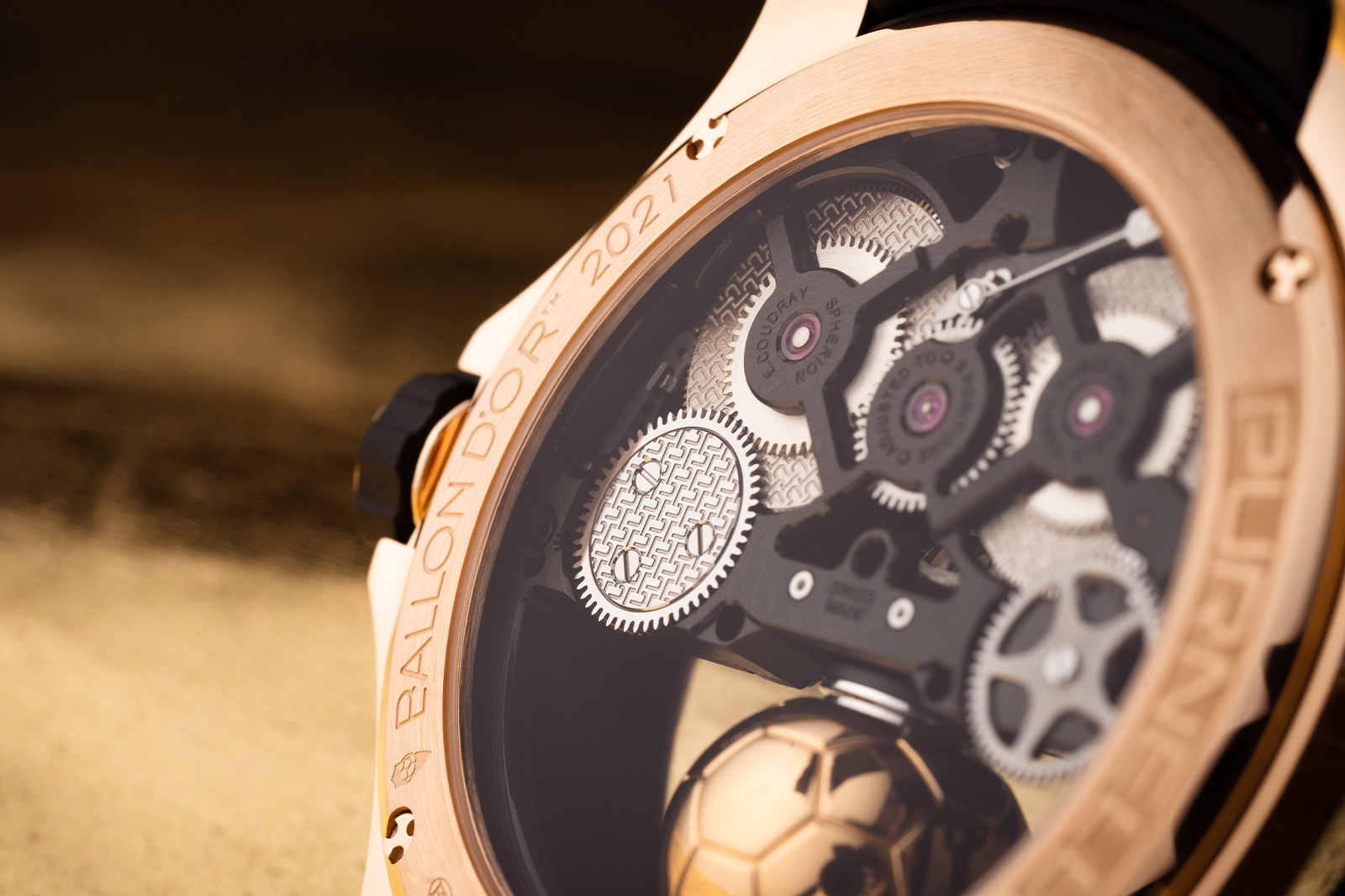 Housed inside is the haute horological movement calibre P10 with insane dimensions of 38 x 14.4mm, which means there is simply no room for a rotor and it’s manually wound. Although, its 50-hour power reserve means you won’t be constantly winding it. And of course, it’s equipped with the Ballon d’Or tourbillon helping to maintain accuracy. 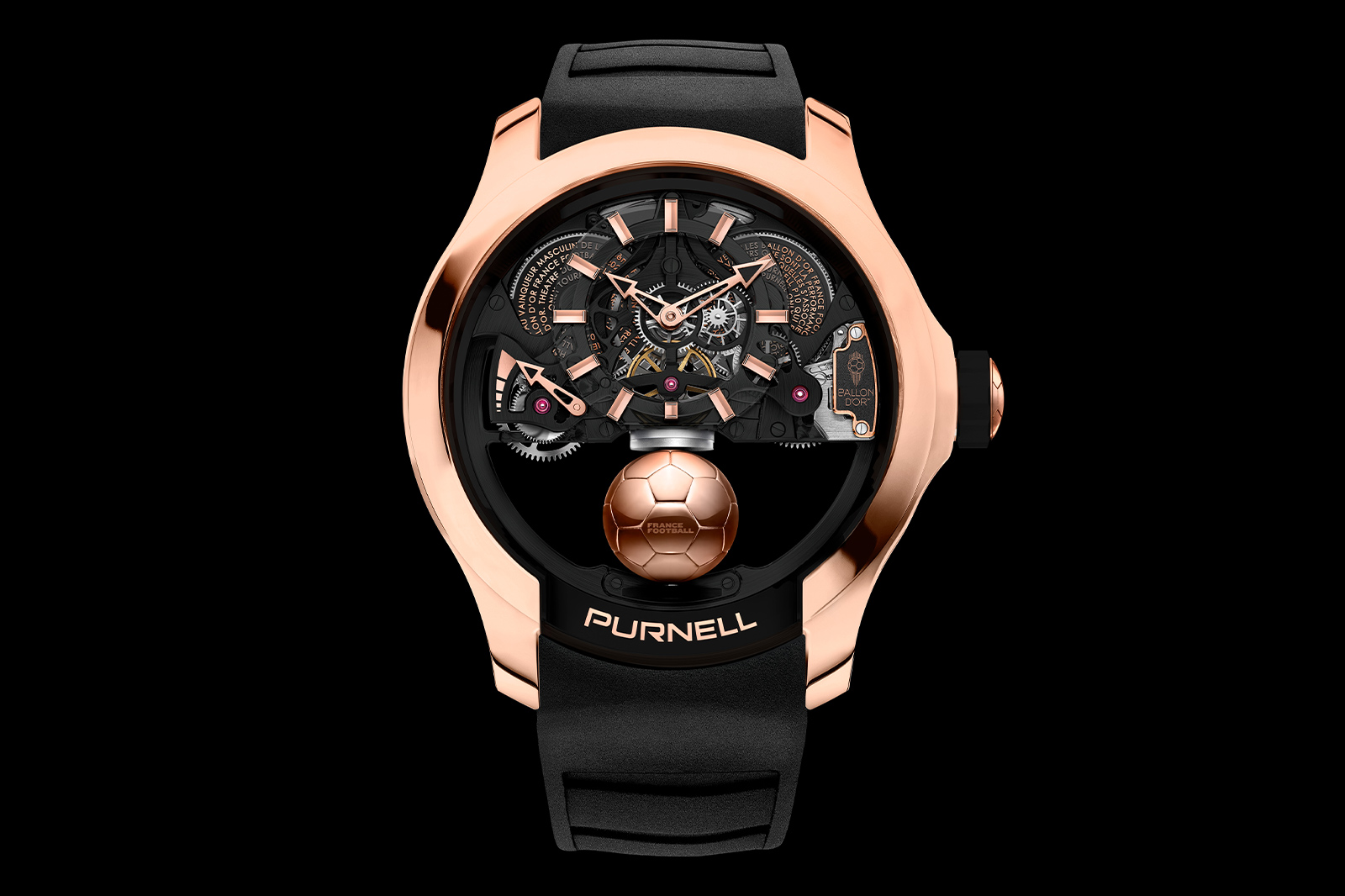 While Lionel Messi’s gifted wristwatch is a unique version of the Escape Ballon d’Or Tourbillon watch, there will also be 8 pieces available commercially with a carbon case. Those limited edition models are priced at CHF 330,000 (approx. £269,000). Even if you don’t like football, there’s a lot to love about this watch.