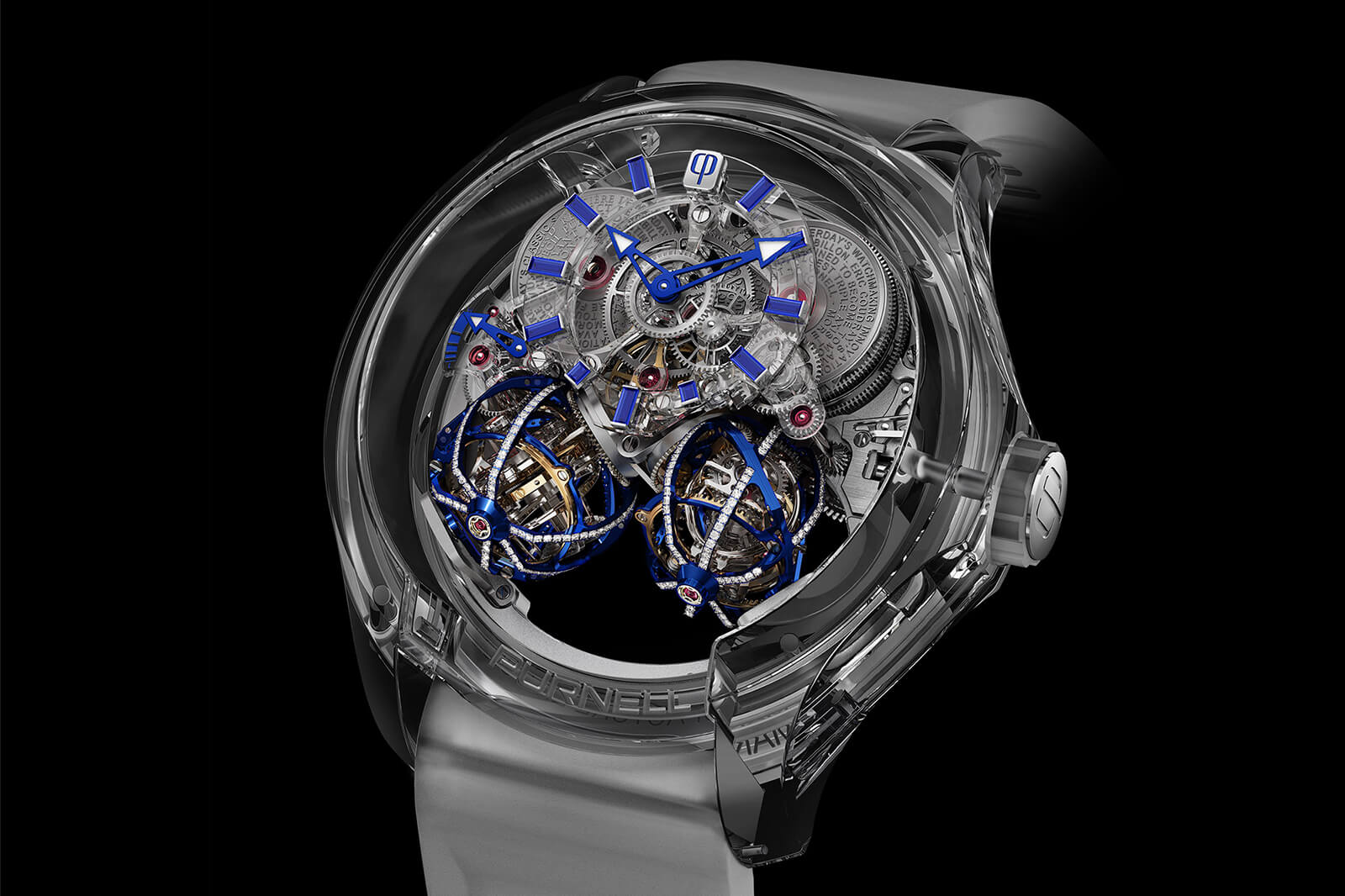 After producing the same complication for years, you’d assume that haute horologist Purnell must be running out of ideas when it comes to the not-so-humble tourbillon. They already built the most powerful triple-axis tourbillon in the world; where’s left to go? Why, by doubling it of course!

The Escape II Absolute Sapphire has a lot going on, enough that it’s made a splash even among the incredible high complications to have emerged from this year’s Watches & Wonders. While I wouldn’t put it on par with Jaeger-LeCoultre’s new Reverso Hybris Mechanica Calibre 185, it’s up there with the big boys. 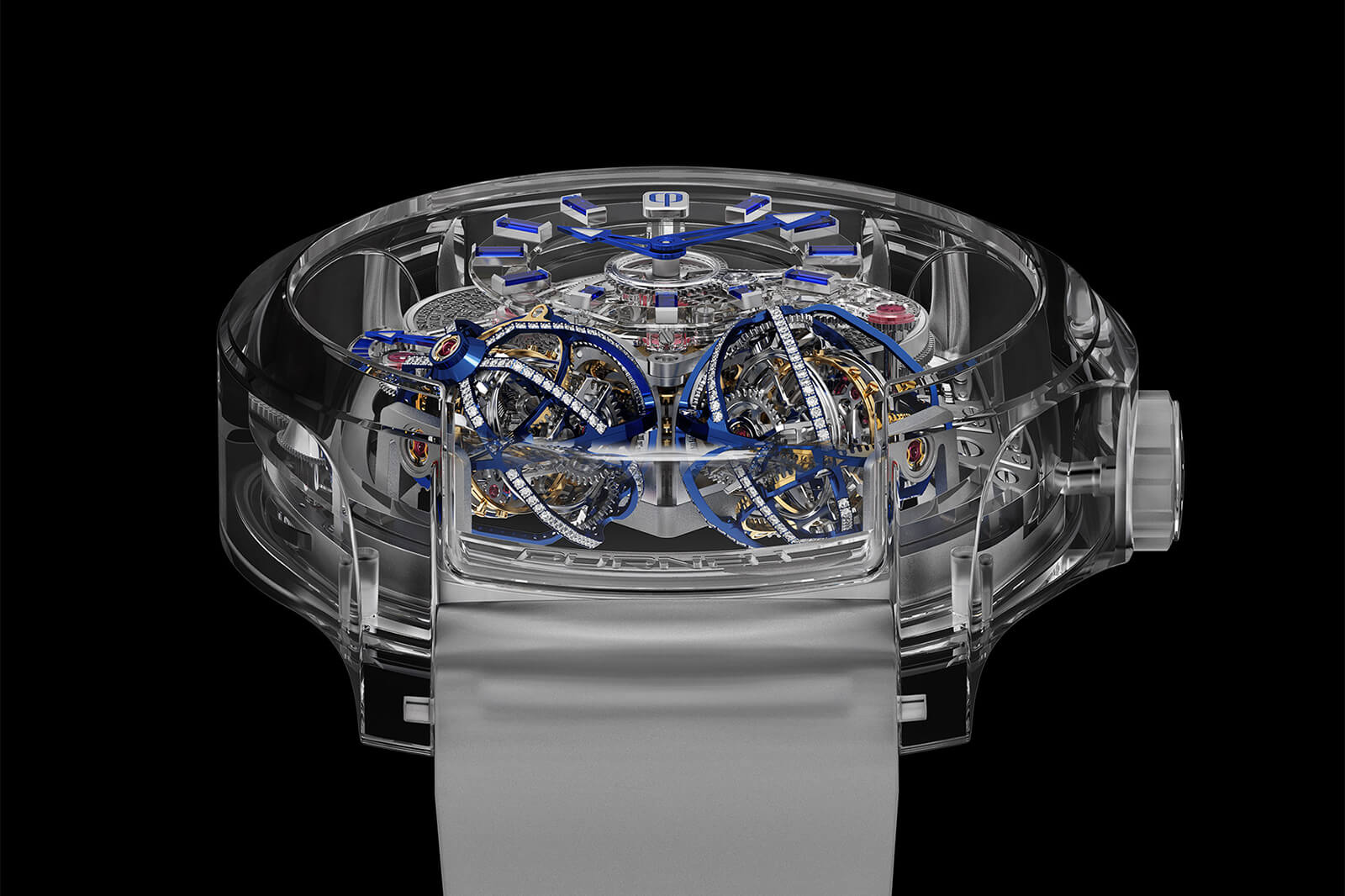 At the centre of the watch is the world’s first double triple axis tourbillon. Double tourbillons have been done a few times – it’s a mainstay of Greubel Forsey’s collection – and the thinking is that they work in tandem to increase accuracy more than either could individually. It makes sense and the result are pretty impressive. Doing the same with tourbillons that rotate on three axes however is another matter entirely.

The triple-axis tourbillon is actually called ‘Spherion’ (I reckon it sounds a bit much like a Marvel villain) which is the fastest in the world, with the axes making one revolution in 8, 16 and 30 seconds respectively. Each cage is also set with 152 brilliant-cut diamonds. So yes, it’s two of those linked together. Madness. 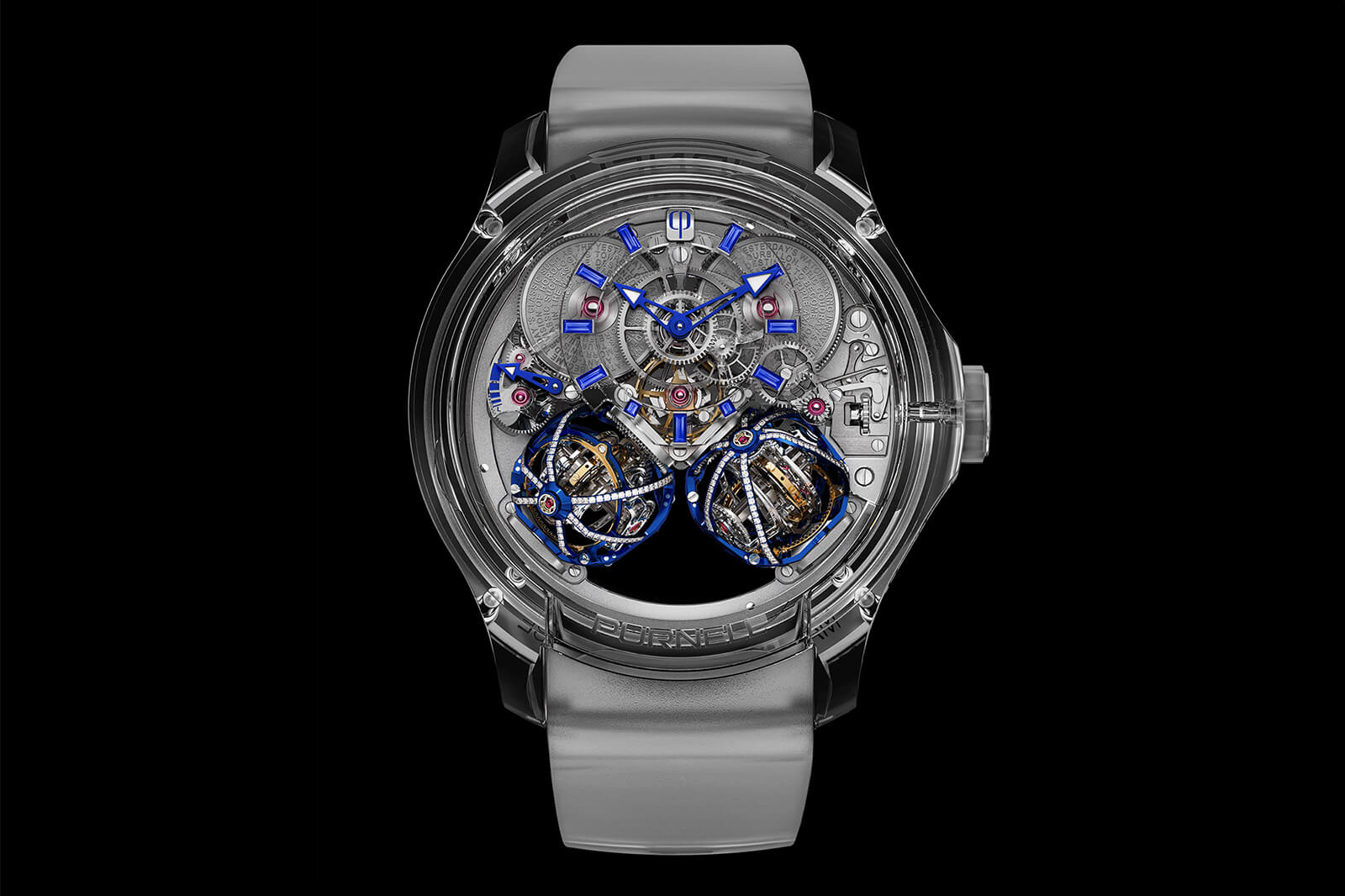 Powering the movement is an array of six barrels, though even with what looks like a solid amount of power, the reserve on this thing is just 32 hours, entirely down to the speed of the mechanism. Well, it’s not like this would be a casual, daily wear kind of piece anyway. 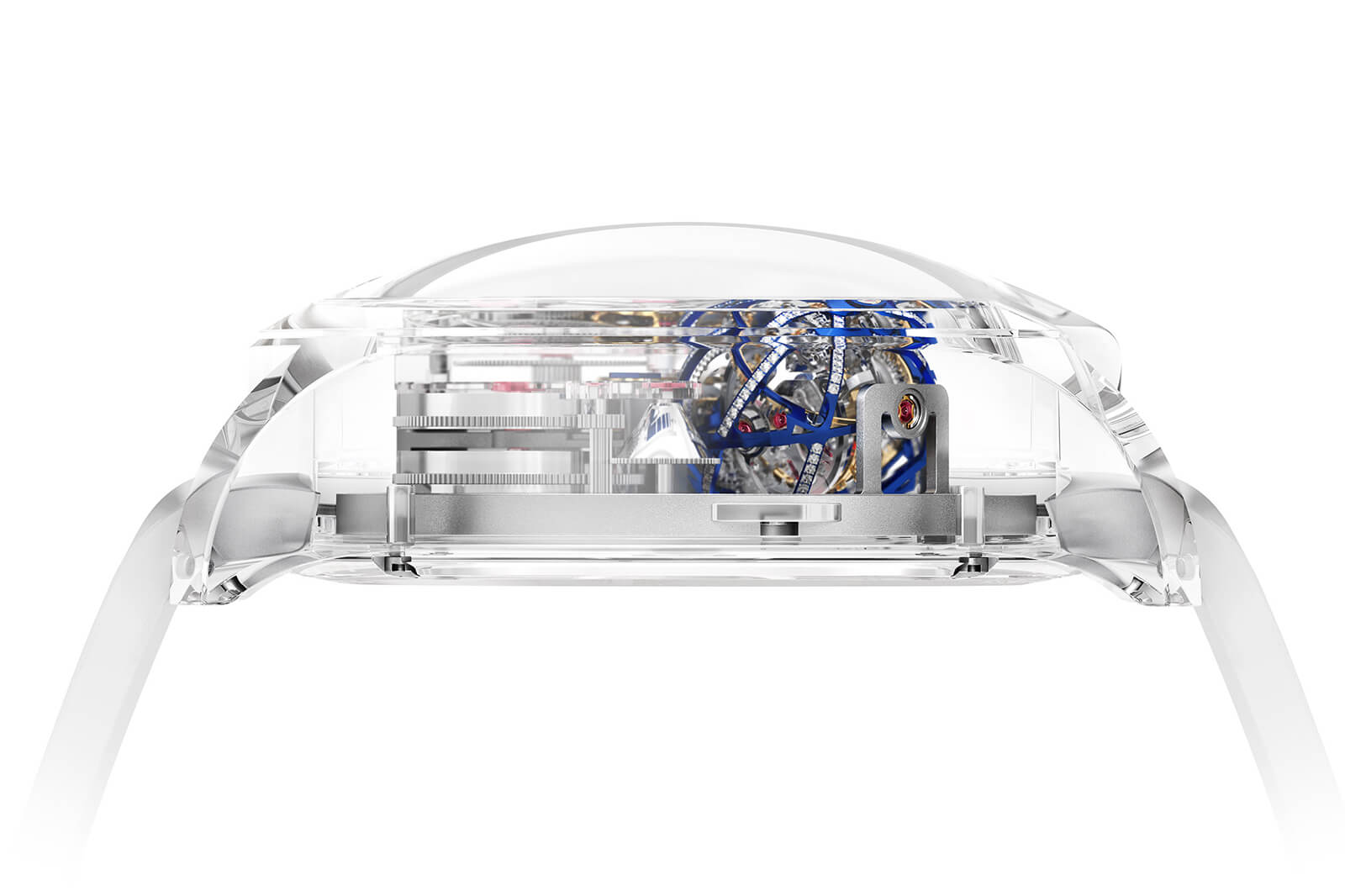 Finally, so that you can appreciate this mechanical lunacy in all its glory, the entire case is made of transparent sapphire. This is arguably as much a feat of ingenuity as the movement and, even though there are a few full sapphire watches out there these days (I’m looking at you Hublot) this three-part construction takes 150 hours of machining and polishing to make.

Obviously, this isn’t a commercial piece; it’s a showpiece to show off what Purnell, the self-professed masters of all things tourbillon, can do and after this I’m not sure anyone’s going to doubt them. It does however mean that this is a unique piece. I daresay a small team of watchmakers over at Purnell are pretty happy about that.