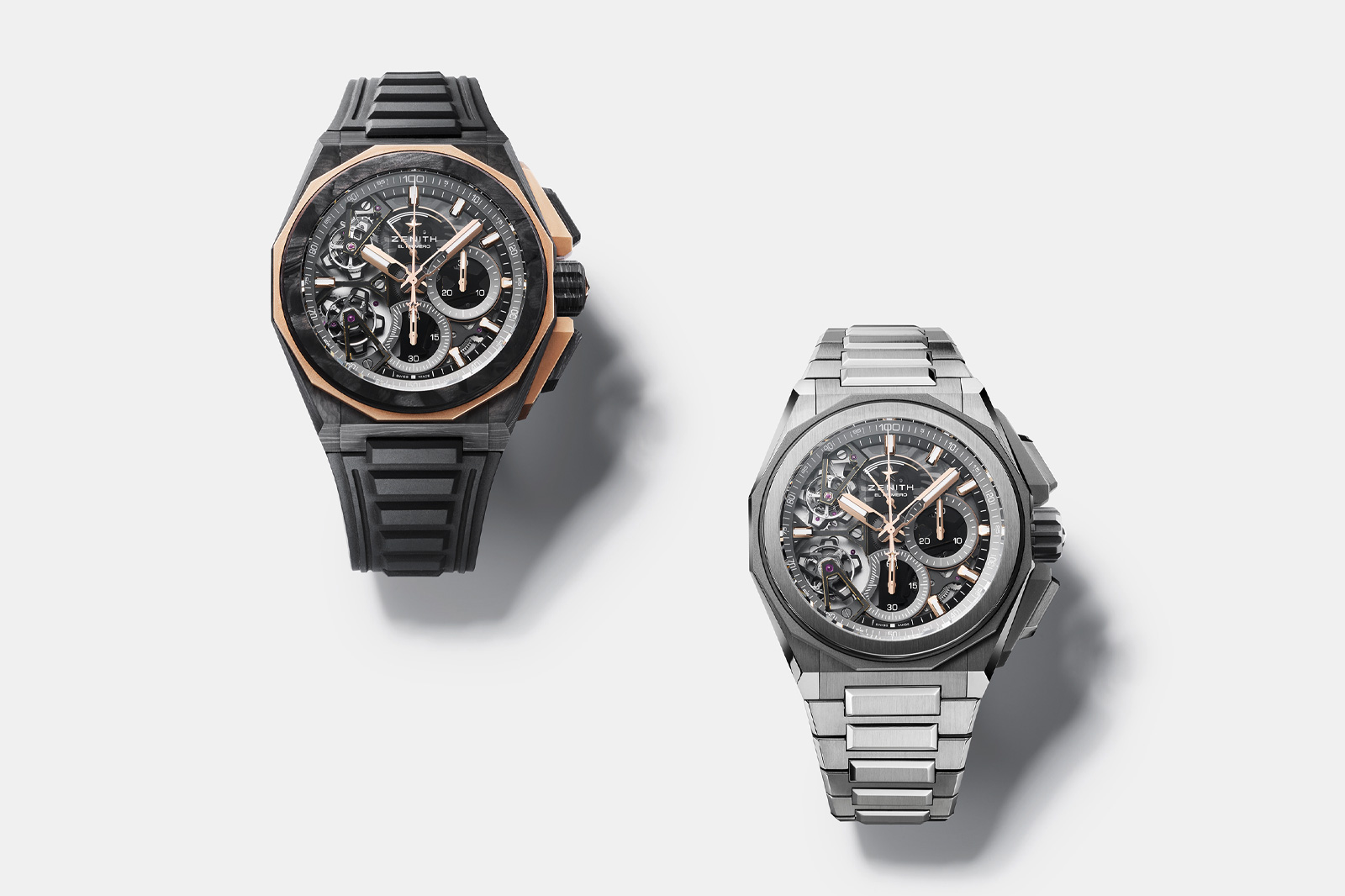 All year Zenith have been releasing new editions of the Defy Extreme inspired by the Extreme E Rally competition, a motorsport event that has seen electric vehicles battle it out in some of the world’s most breathtaking and remote locations. However, the latest addition to the Defy line-up is something completely different, delving into Zenith’s haute horology goodie bag, it’s the Defy Extreme Double Tourbillon.

Like the Defy Extremes that have come before, the Double Tourbillon edition has an octagonal case on top of which is a dodecagon bezel. For this edition, there are two choices of material, carbon with rose gold or full titanium. Both titanium and carbon are high performance substances with exceptional lightweight qualities and superb scratch resistance. 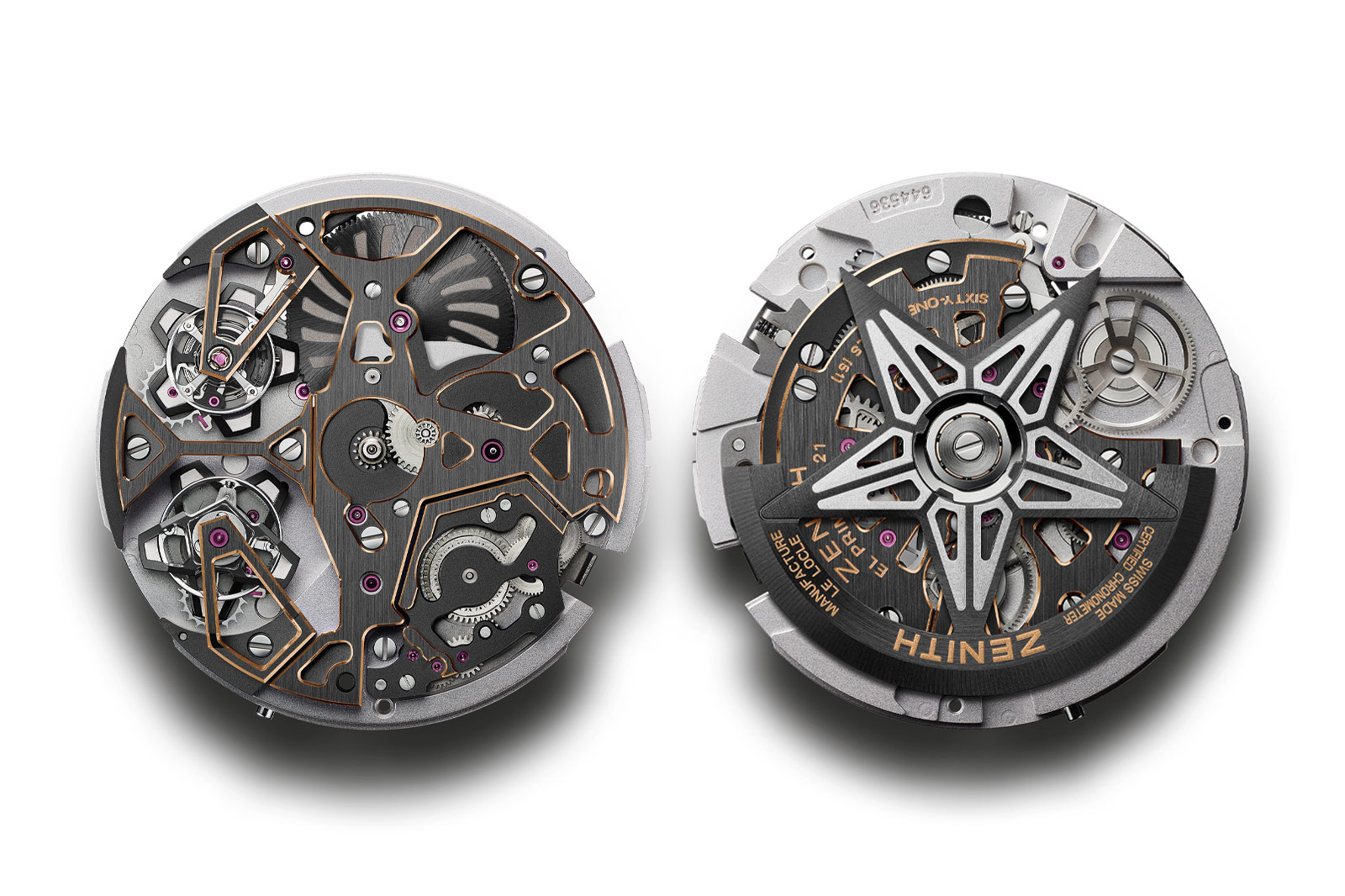 However, Zenith have released Defy Extremes in titanium and carbon before. What they’ve never done is use the Extreme to house their premier haute horological movement, the double tourbillon. The movement is specifically the El Primero 9020, the same movement used in the Defy Double Tourbillon Sapphire. It’s automatic with a 50-hour power reserve, which is very impressive given the number of complications it powers. 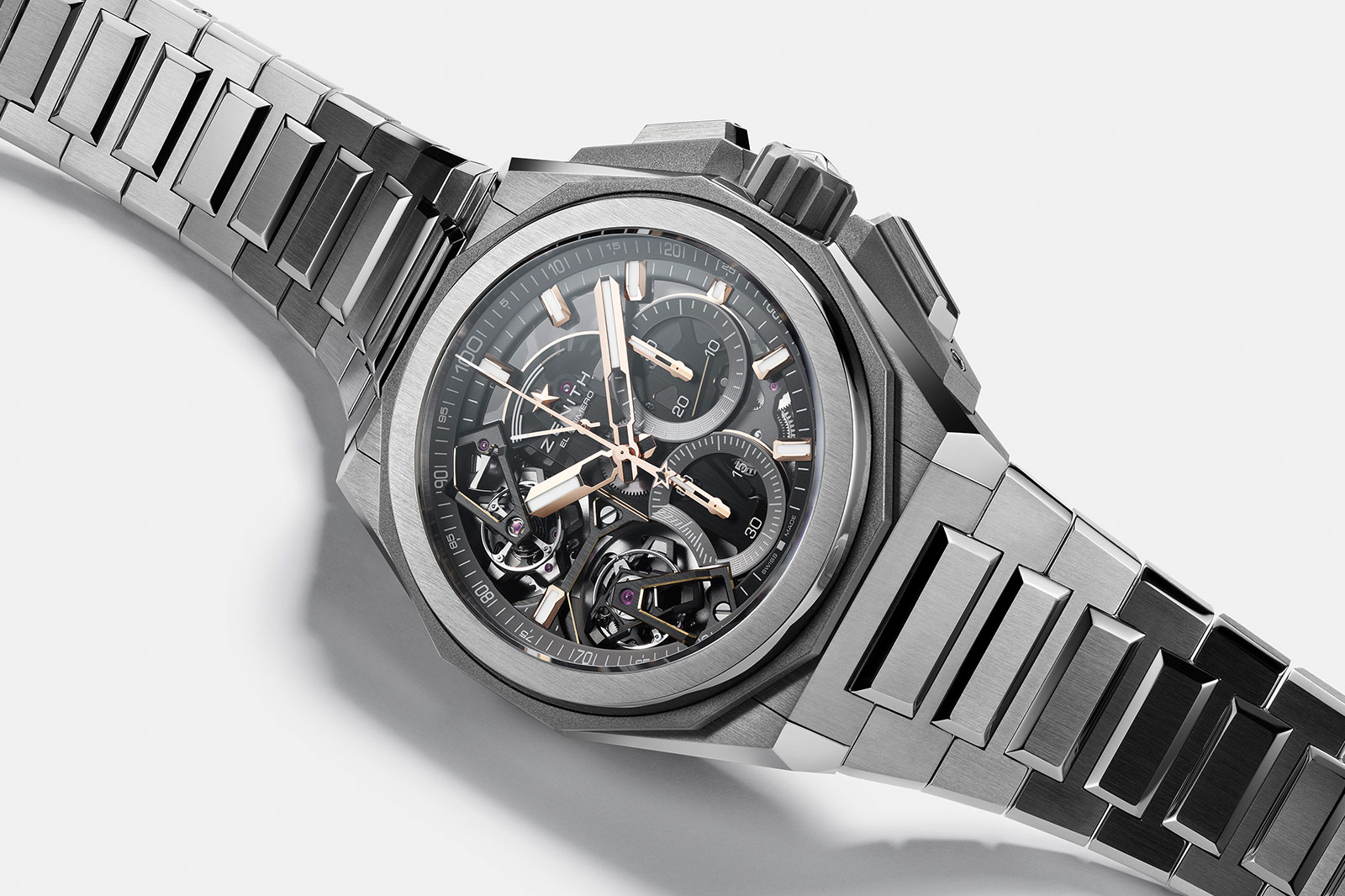 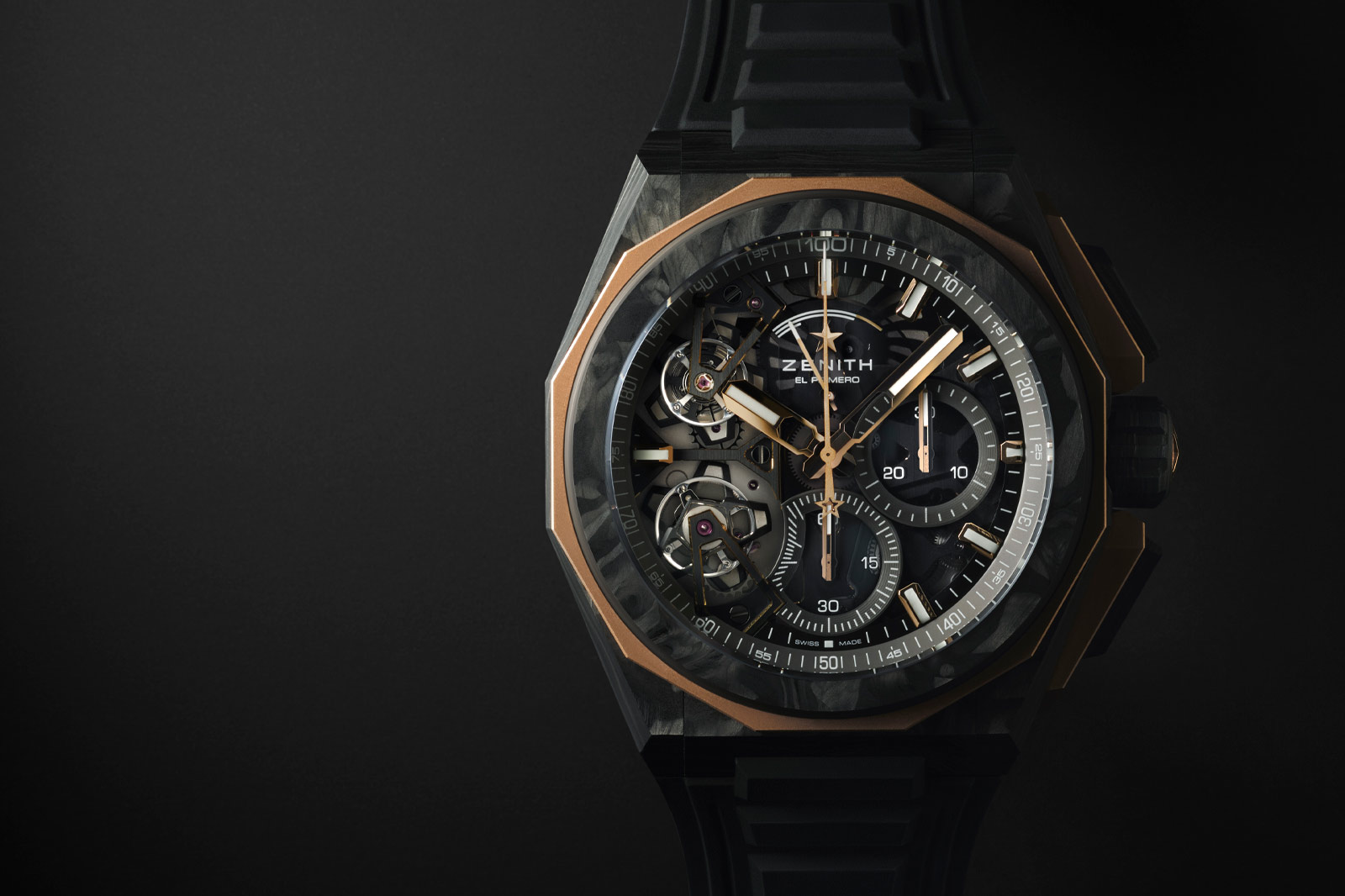 There are the two tourbillons at 9 o’clock (one rotating once every 60 seconds and the other once every five seconds), a 60-second counter at 6 o’clock, a 30-minute timer at 3 and a power reserve indicator at 12. That’s on top of the hour, minute and 1/100th second chronograph hand. Take that last bit in again, a 1/100th second of a chronograph, that means the centre hand does a full rotation every second. 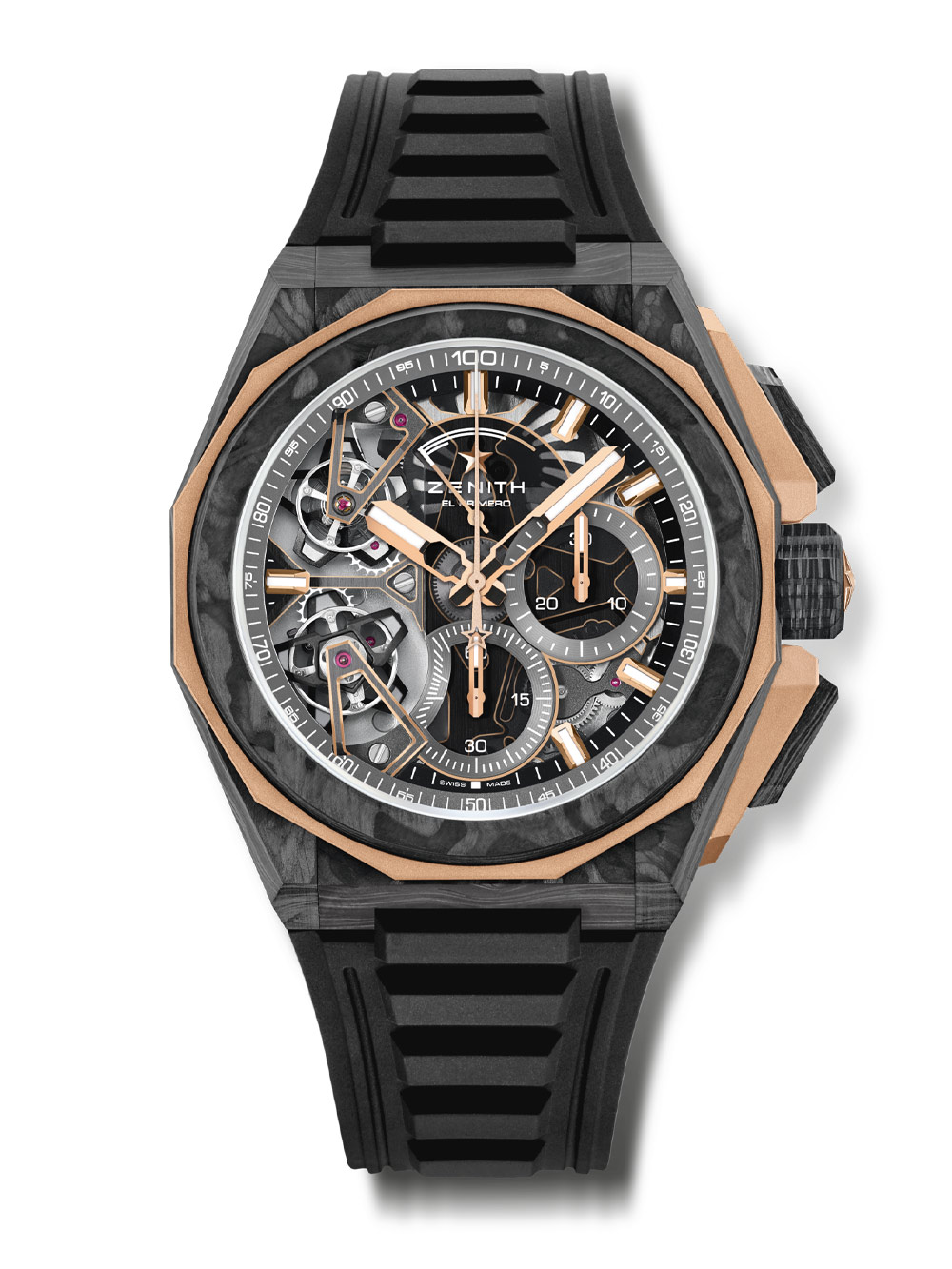 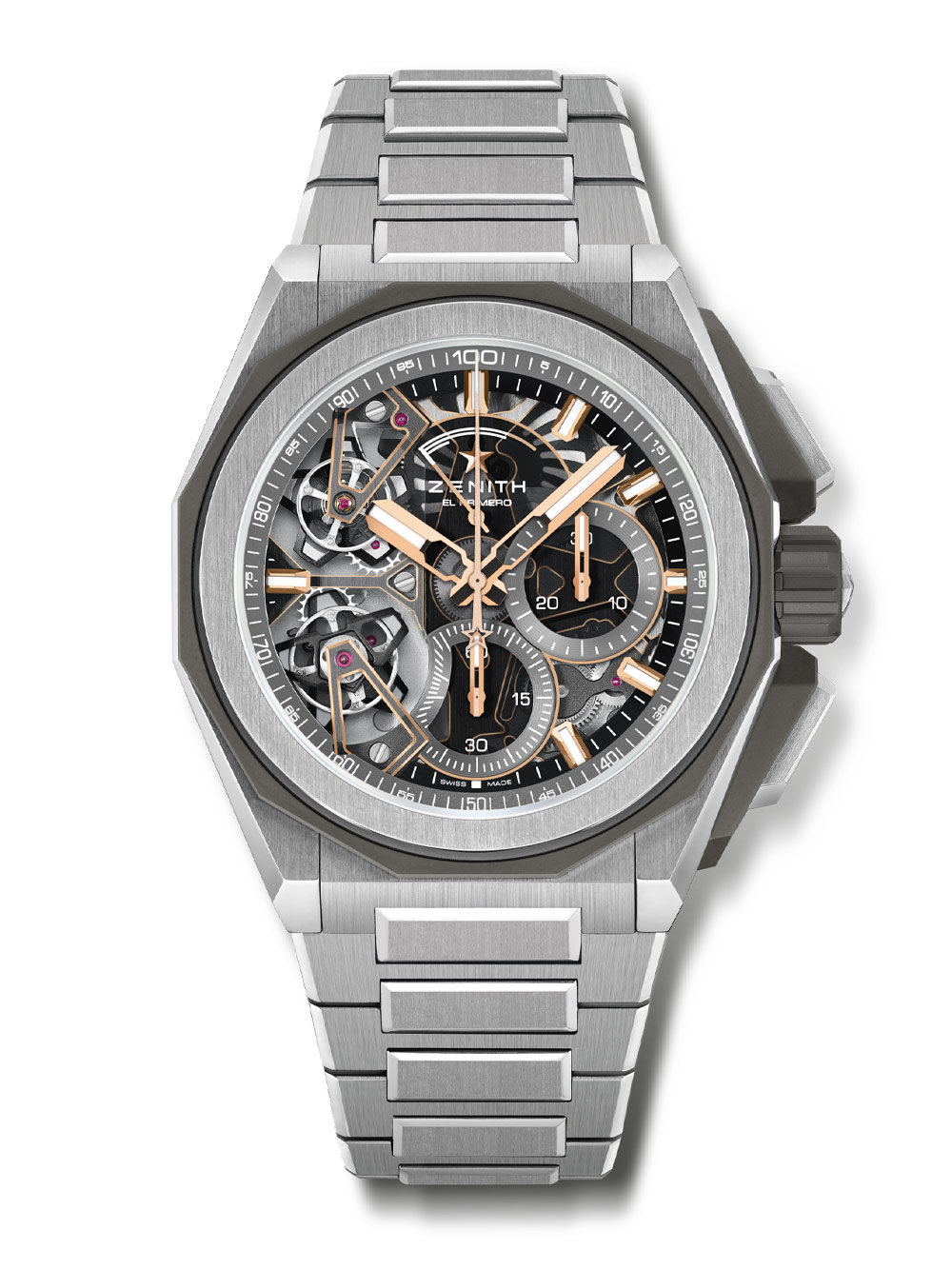 Large portions of the movement are visible through the dial, which consists of skeletonised areas and translucent sapphire subdials. The main focal point is naturally the double tourbillons, which are totally unobscured. Considering that this is one of Zenith premier calibres and collections, both versions have a fairly large price tag attached. The titanium edition is £58,300 and the carbon and gold version is £66,800.