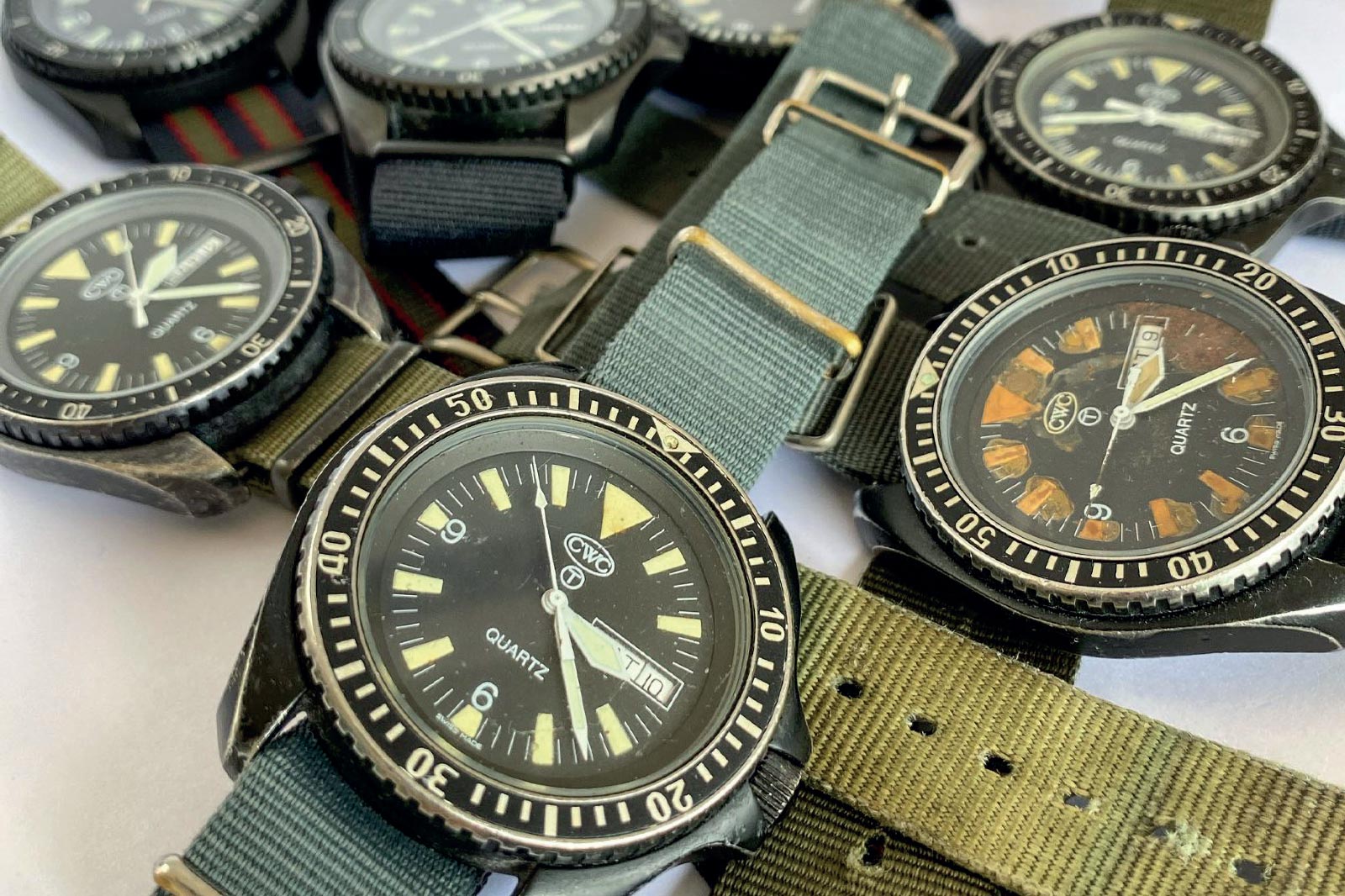 The dive watches of the British military exert a considerable influence on watch collectors, with the Omega Seamaster and the Rolex Submariner of the 1960s and 1970s the most iconic. But what British watches have also previously been issued to the UK special forces and elite military units?

At the top of the list is a blacked-out day-date quartz diver from CWC – officially known as the UKSF watch, but nicknamed the SBS, after the Special Boat Service, which first specified and ordered the watch.

It’s been 50 years since CWC – based in the east end of London – began supplying the British military with watches, and for many collectors the SBS diver is the quintessential CWC watch. Most other CWC watches and clocks have historical antecedents in other models, like the mechanical chronographs first supplied in the 1970s by Hamilton, or the aircraft timers first made by Heuer. But the SBS was specified and ordered directly from CWC, and no-one else has ever produced a similar watch for the British military. 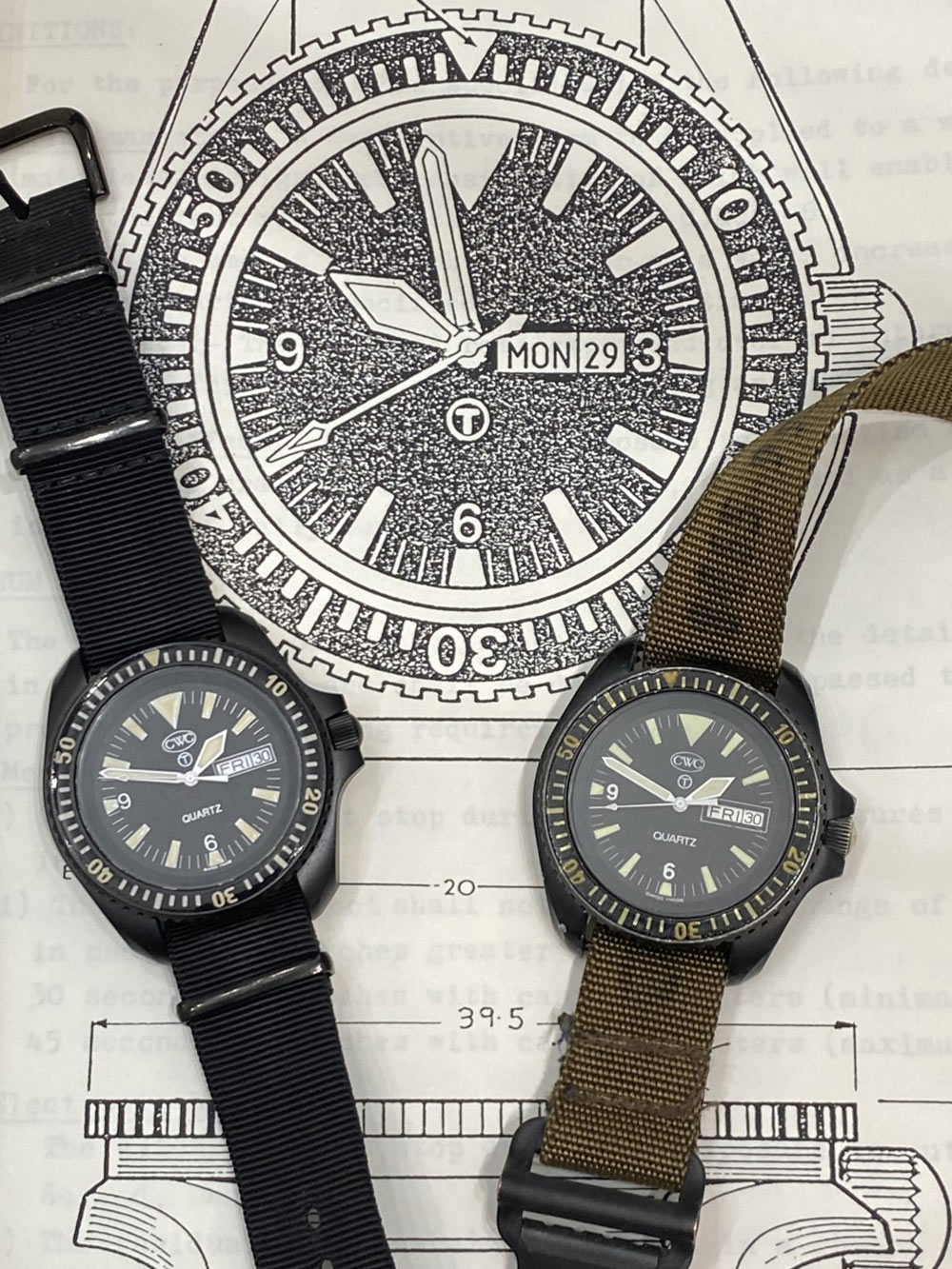 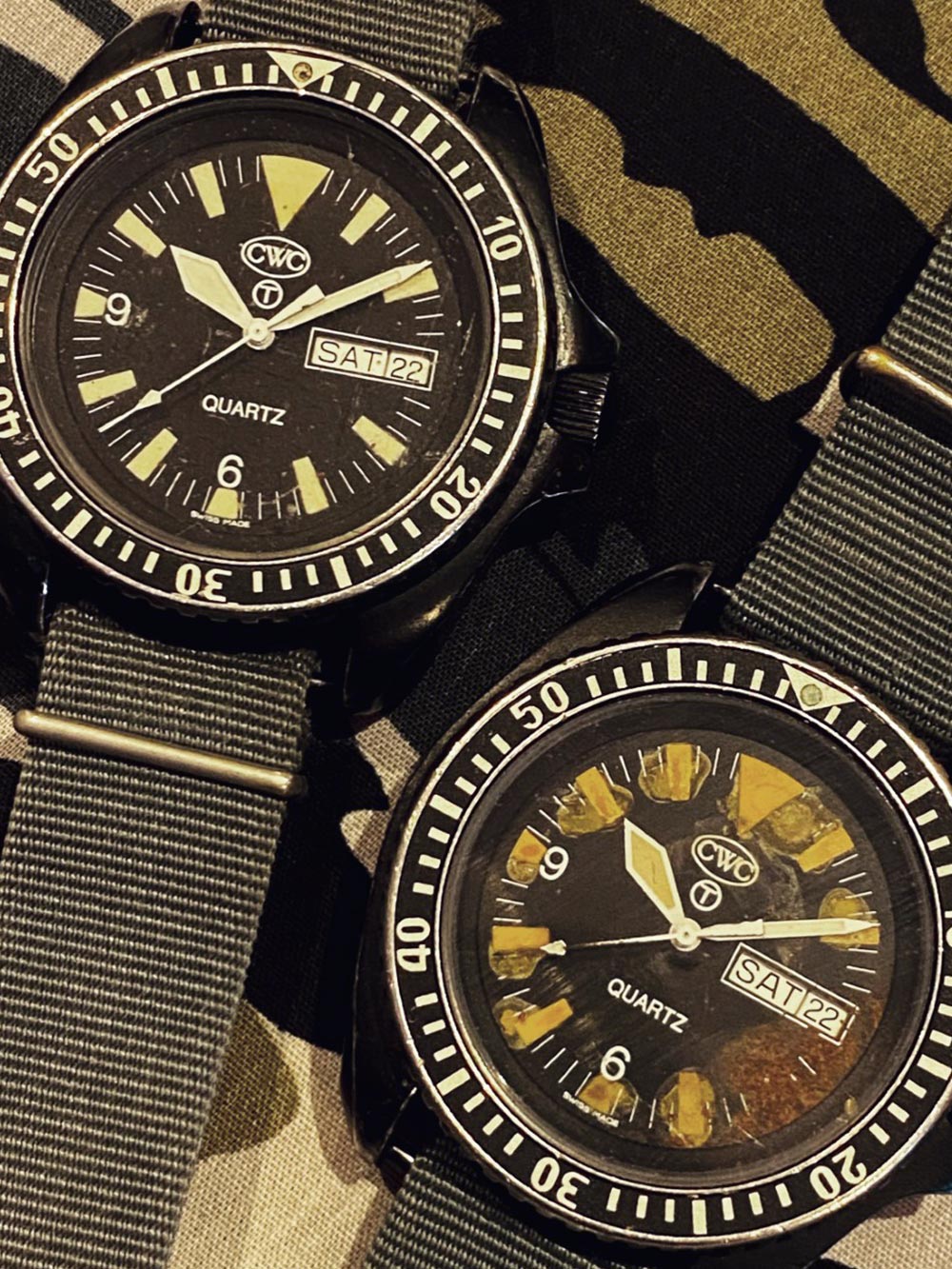 The CWC Royal Navy dive watch is famously the watch that replaced the Rolex Milsub. In 1980, as the Ministry of Defence was looking for a cheaper but still reliable watch, CWC won the contract to supply a time-only, stainless steel automatic dive watch, with a 60 minute graduated bezel, similar in aesthetic to the Seamaster, but using the Monin-style case popularised by Heuer in their 844 series. In 1983, the movement changed to quartz, and in 1987 the Special Boat Service specified a customised version of the watch.

Special forces operatives wanted a non-reflective black finish for night time operations – possibly inspired by Royal Marines based in Hong Kong who had their steel dive watches black-coated locally – and a day-date function as they spent considerable amounts of time on mission and found it helpful to keep track of the days.

The watch was first issued in 1988, and original versions of this watch are incredibly rare – with only 100 manufactured in that first batch, only a handful are still known to survive. More batches were manufactured throughout the 1990s, and were issued to the SBS, SAS boat crews and other special units. And then in 2000, the decision was made to phase out the stainless steel Royal Navy dive watch, and make the SBS the standard dive watch in the British military, and several hundred were ordered in 2001 and 2005, including a large batch for the Royal Engineers. 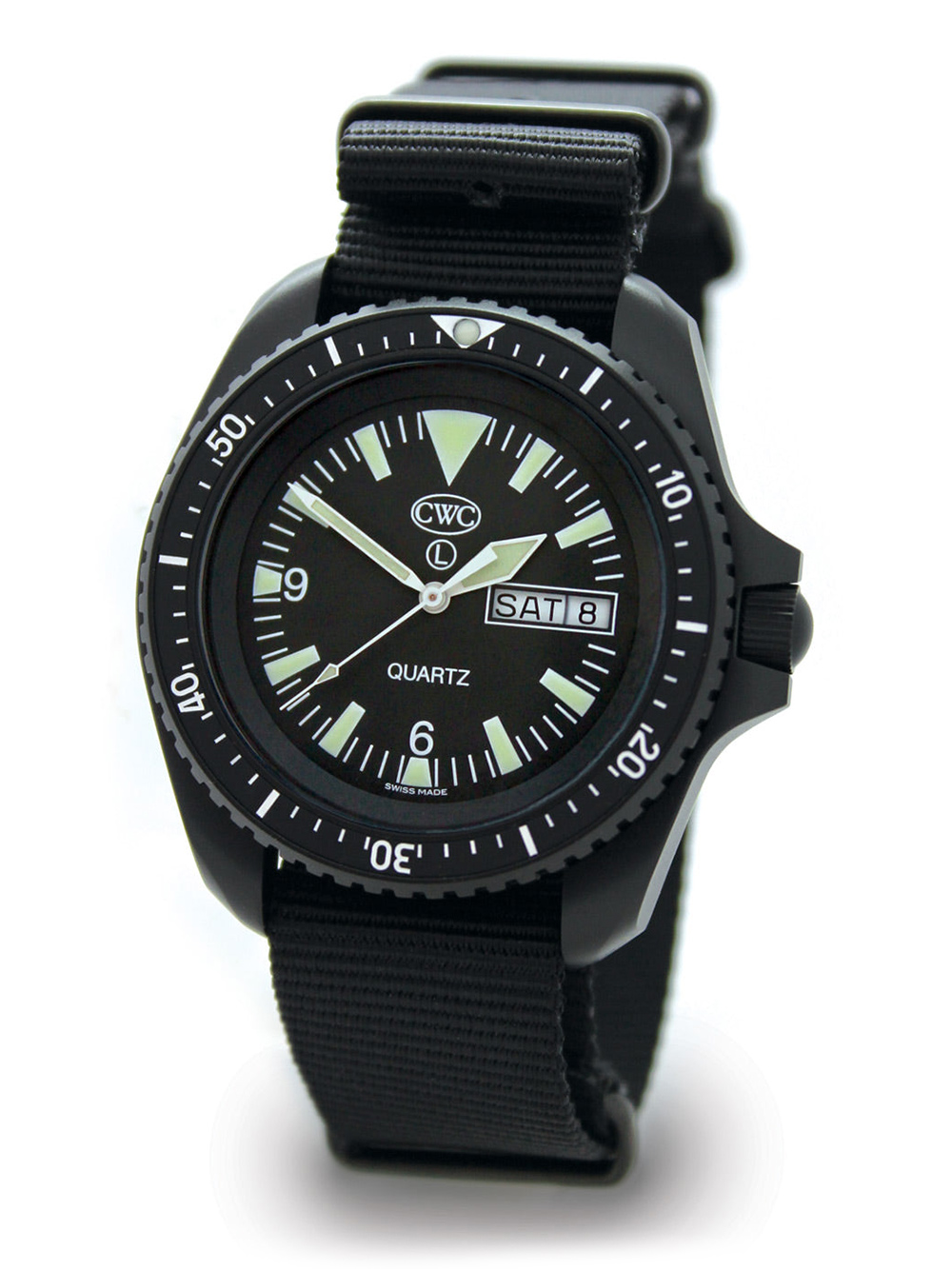 Since then, the MoD has flirted with other watch brands – including Citizen in the late noughties – but returned to the SBS watch in 2016. It’s currently unknown which watchmaker has the official contract.

As for the CWC, military issued versions from the 1990s and 2000s can be found for around £2,000, although some of the rarer variants can go up to £5,000 or more. Or you can just buy the latest version of the watch once worn by UK special forces direct from CWC.