Money talks and, if you’re the kind of celebrity that likes the sound of their own voice, you’re going to want to make sure your wrist candy shows just how eloquent your bank account is. A bling-filled wrist is a statement and while the most expensive watches in the world might not always be tasteful, they’re big, loud and wonderfully, gloriously excessive.

Here then are a few of the guys who, rather than buy a yacht, central London apartment or a lifetime of Michelin-starred dinners, opt for something of a more horological persuasion.

You can see the Vegas in my eyes ?

Even the watch is poetic.

They’re both statements of different kinds. On the one hand plain titanium with an… unusual complication, on the other pure rose gold, diamond-encrusted bling. Well, you need a watch for every occasion right? 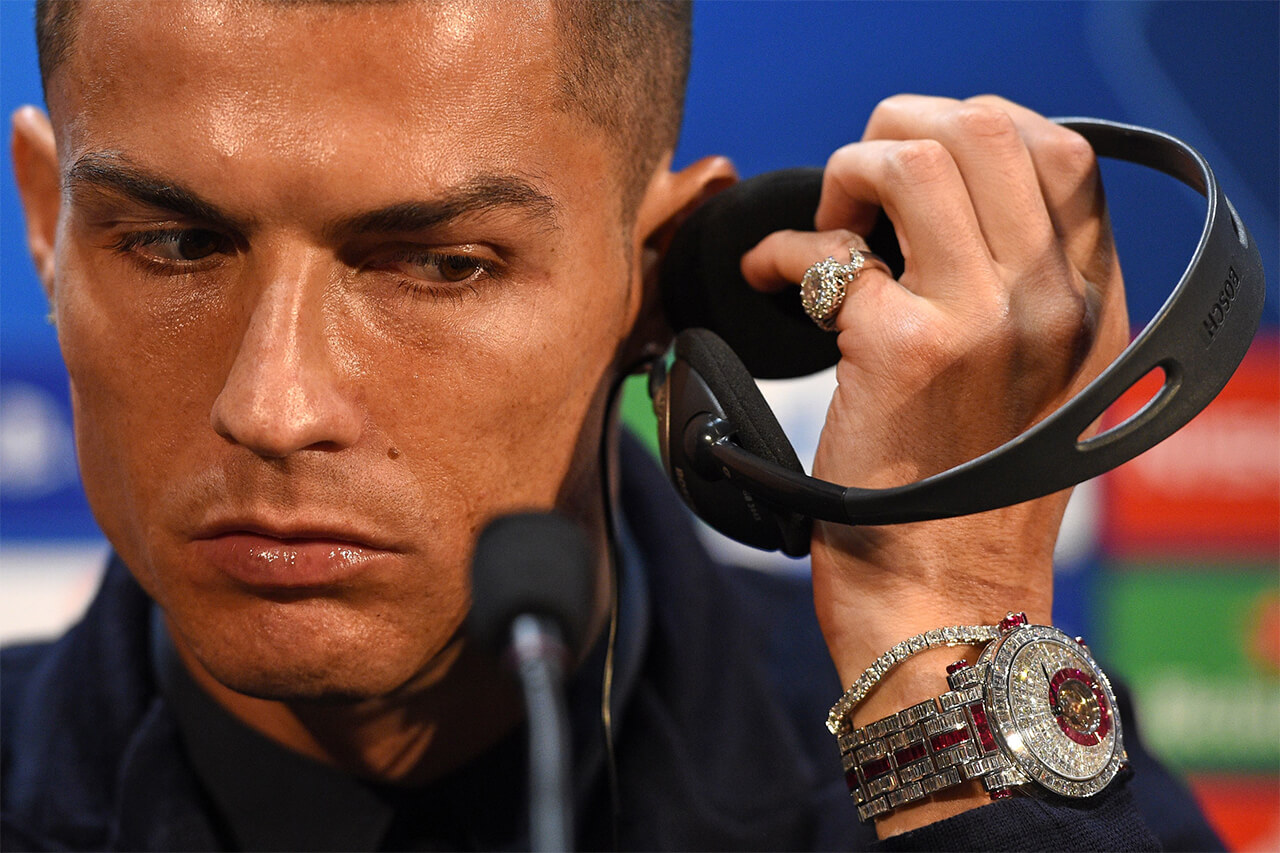 He might have previously been an ambassador for Jacob & Co, but CR7 recently upgraded his wrist game with master of the tourbillon Franck Muller. His latest $1.5m timepiece is from the watchmaker’s Round collection (points for inventive naming) and is fully set with baguette-cut diamonds and rubies across case, dial and bracelet. It’s also impressive mechanically, with Franck Muller’s signature tourbillon. 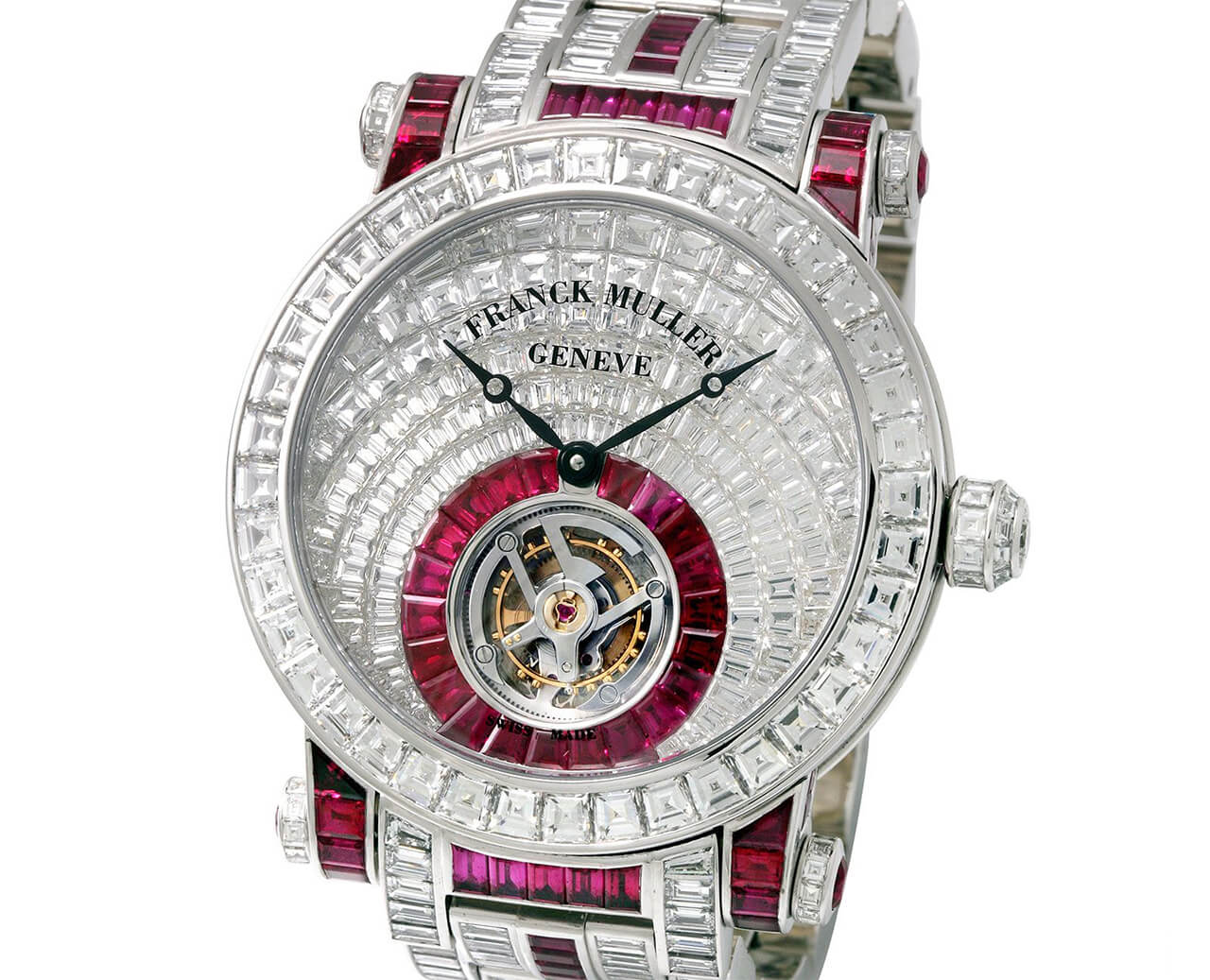 It’s not the kind of piece the Avant Garde Swiss watchmaker is known for, but it’s a statement no matter which end of the pitch you’re coming from.

Rather than bling, Eric Clapton’s priciest watch of choice is pure class, favouring rarity over diamonds. His 2499 is a holy grail even among Patek Philippe collectors, as it’s only one of two in the world ever to be put into a platinum case. The only other example anywhere is safeguarded in the Patek Philippe museum.

Even the non-platinum versions of the 2499 are pricey of course, but this is something else. It was never sold on the open market and it came into Clapton’s guitarist hands courtesy of Christie’s Geneva. The price he paid? $3.6 million. Given it’s new provenance, it’s likely worth a damn sight more now.

He may have made horological headlines with the Blueprint, the most expensive Richard Mille ever built. However, fascinating though it may be, it has a way to go before it reaches the monied heights of the rapper / producer’s wedding present from Beyonce.

As if being married to Queen B wasn’t enough, she also bought him a fully diamond-encrusted Hublot Big Bang worth a cool $5 million and lavished with nearly 1,300 stones. This was a few years back now and personally we prefer his new wrist candy, but still, when it comes to bling there’s not much bigger and badder than this. 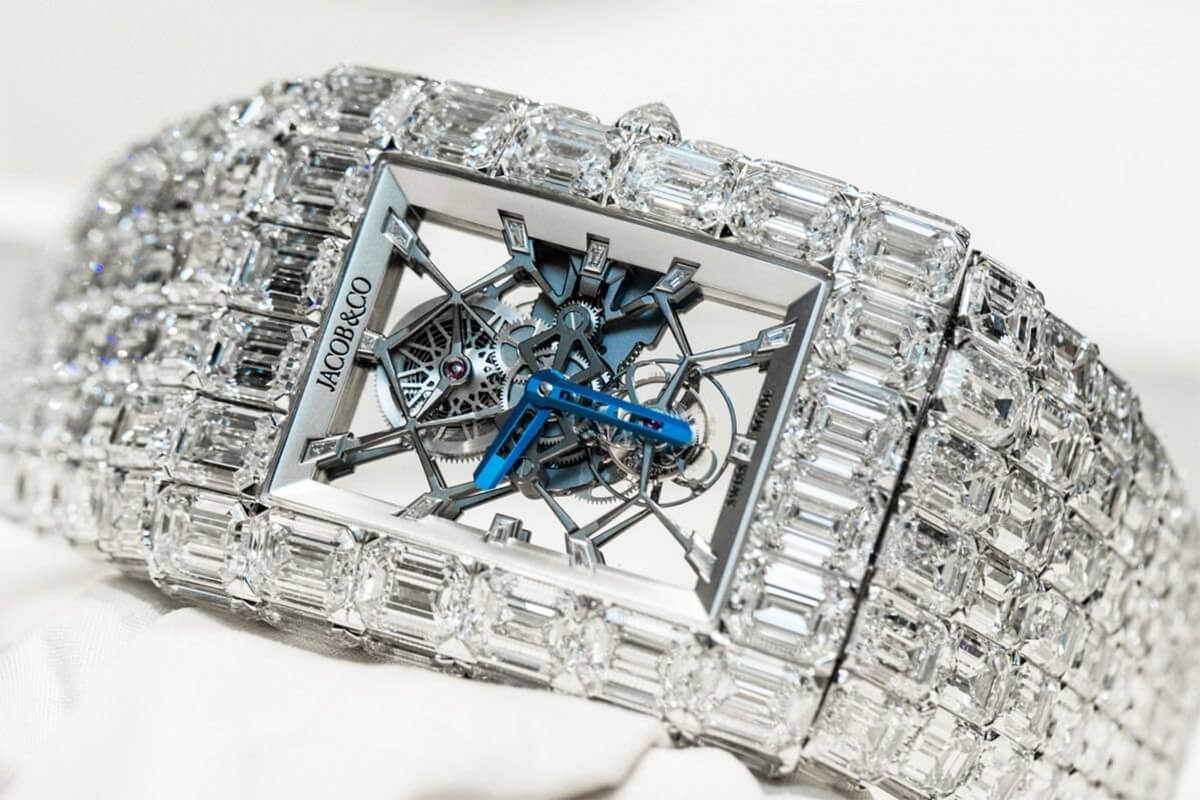 Money by name, money by nature, Mayweather loves to splash the cash. Still, who can blame him? After 50 undefeated wins he deserves to enjoy his cash and apparently he really, really enjoys diamonds.

This my new timepiece, it’s called “The Billionaire Watch”. If you don’t know about it, google Billionaire Watch. That’s $18 Million on the price tag. I bought this watch from the best jeweler in the world, hands down @tadashi1980. He has better prices than any other jeweler that I’ve ever done business with ever and trust me, I’ve bought jewelry from every jeweler in NYC, Vegas, LA, Detroit, Houston and Miami. From here on out I’m only buying from @tadashi1980 fire your jeweler and hire @tadashi1980 Follow his page now.

The cream of his collection: The Billionaire. The aptly-named watch by Jacob & Co (who else?) is 18kt white gold set with a trove of 260 carats of white diamonds. It’s more a piece of jewellery than a watch, but when you already have jets and private chefs aplenty, what else is there but a $18 million timepiece? 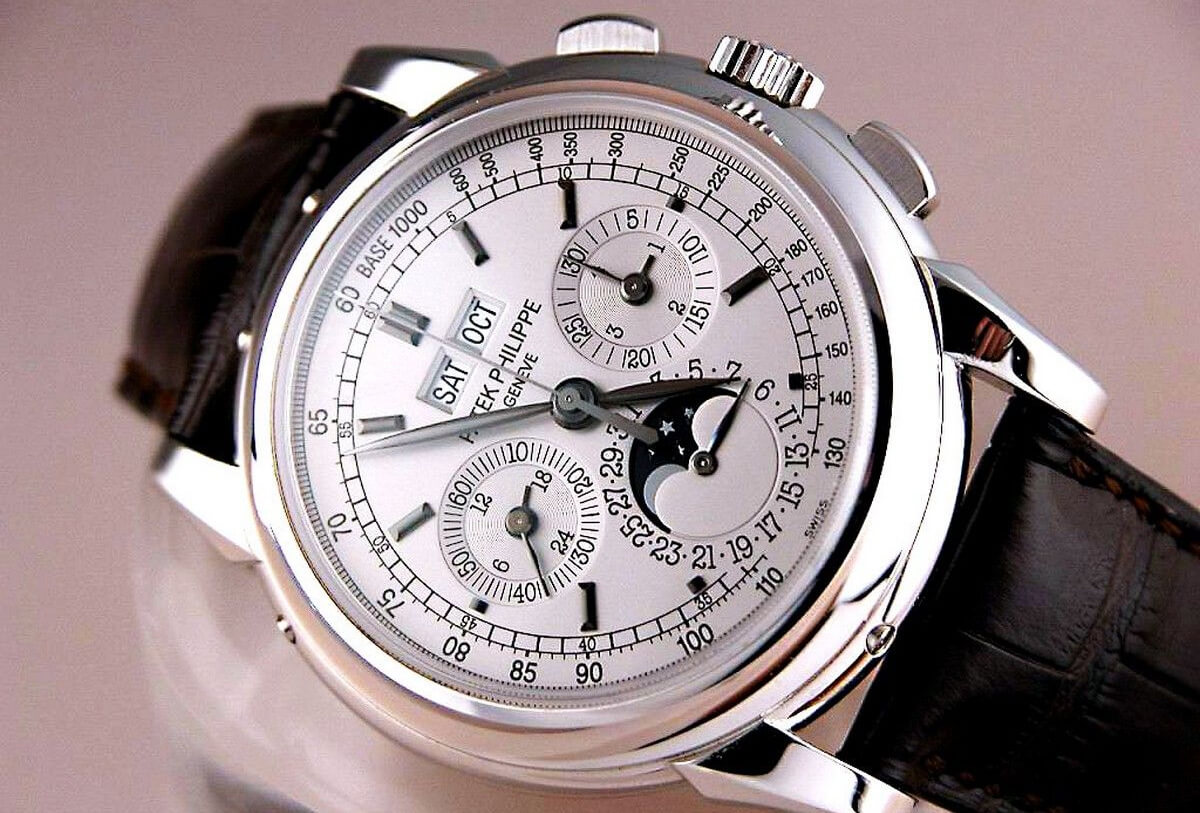 Now for a slightly different take. John Mayer has one of the finest watch collections not just of any musician but any celebrity. Despite avoiding bling, his wrist-mounted portfolio is into the tens of millions, containing the kind of watches that make collectors weep. Take the crown jewel of his collection as an example, the Patek Philippe Perpetual Calendar Chronograph. 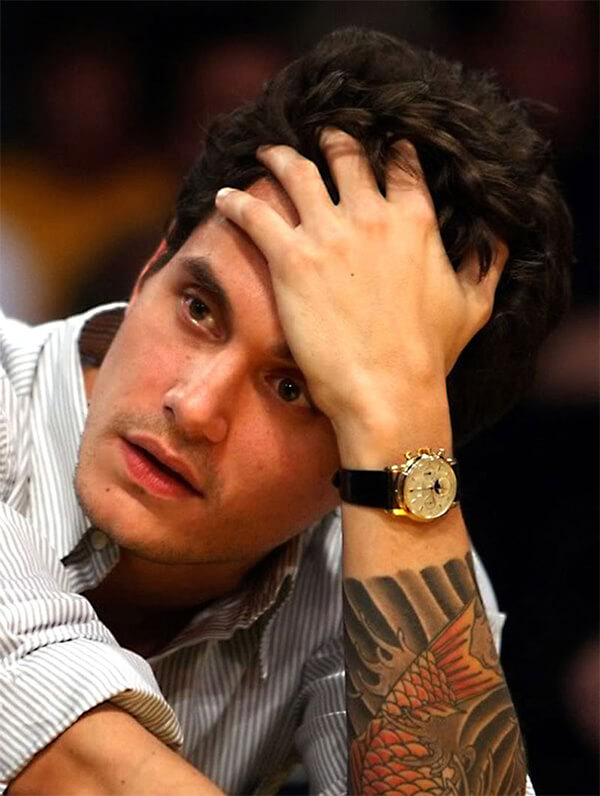 At just over 100K, this watch has a long way to go before it reaches the kind of heights that hip-hoppers crave, but it’s not all about the money. But it is a serious timepiece for someone that truly appreciates the fine art of watchmaking.