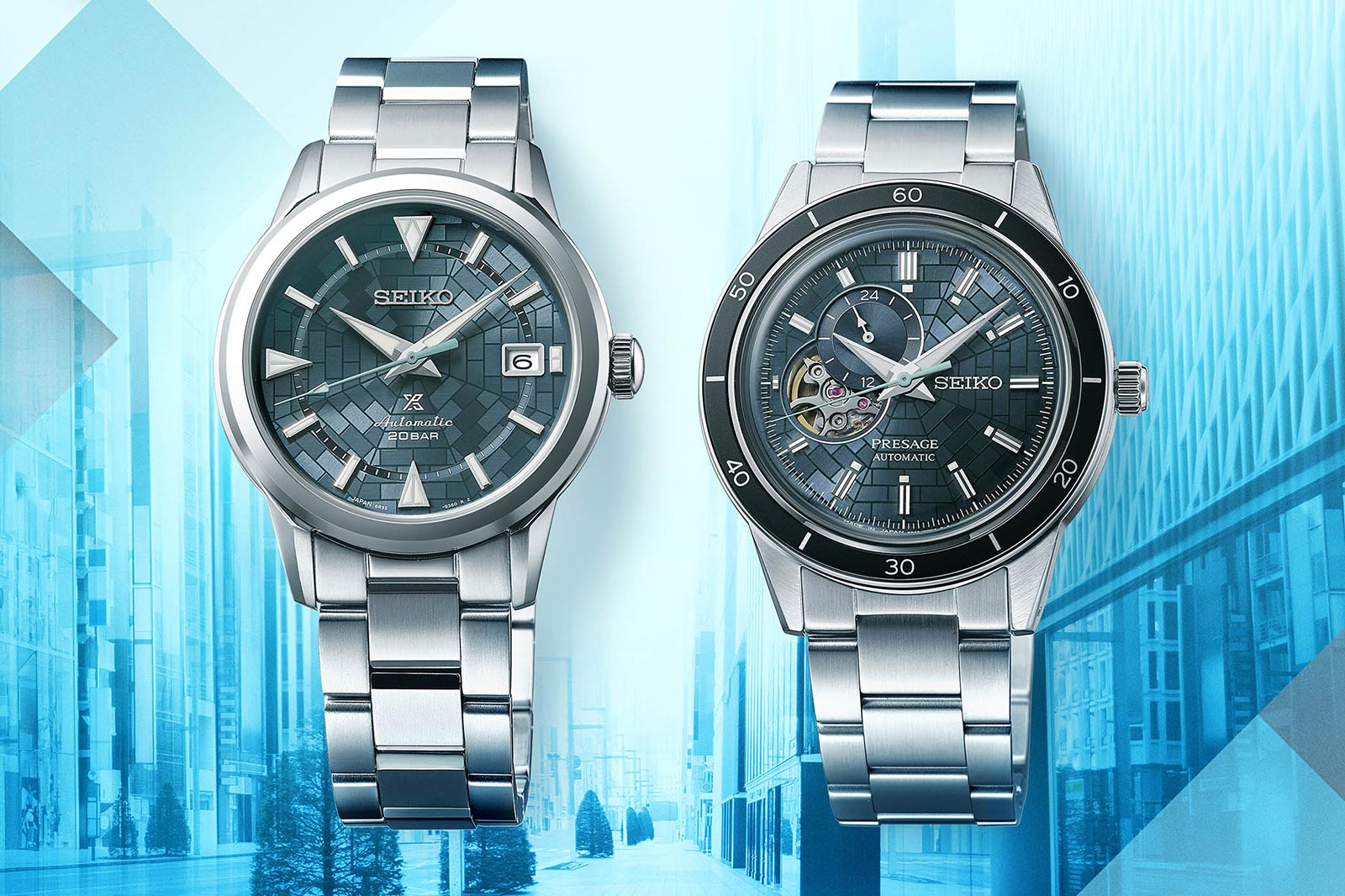 Seiko and Grand Seiko’s celebration of their 140th anniversary has been going great guns ever since the unveiling of the Seiko Prospex Anniversary Editions in January. However, while watches like Grand Seiko’s Lake Suwa are inspired by the landscape of the brands’ home country, Japan, none have paid homage to Seiko’s ancestral home of the Ginza district in Tokyo – until now. Introducing the limited-edition Seiko Prospex Ginza Alpinist and Presage Ginza SSA445.

The highlights of both watches are the brand-new dials, which feature a cobblestone pattern based on the streets in and around Ginza, the district being the original location of Seiko founder Kintaro Hattori’s first watch and clock workshop in 1881. However, instead of depicting the pattern in a suitably earthy brown or red, they’ve opted for a modern teal colour that reflects the dual identity of the district – both ancient and technologically advanced. 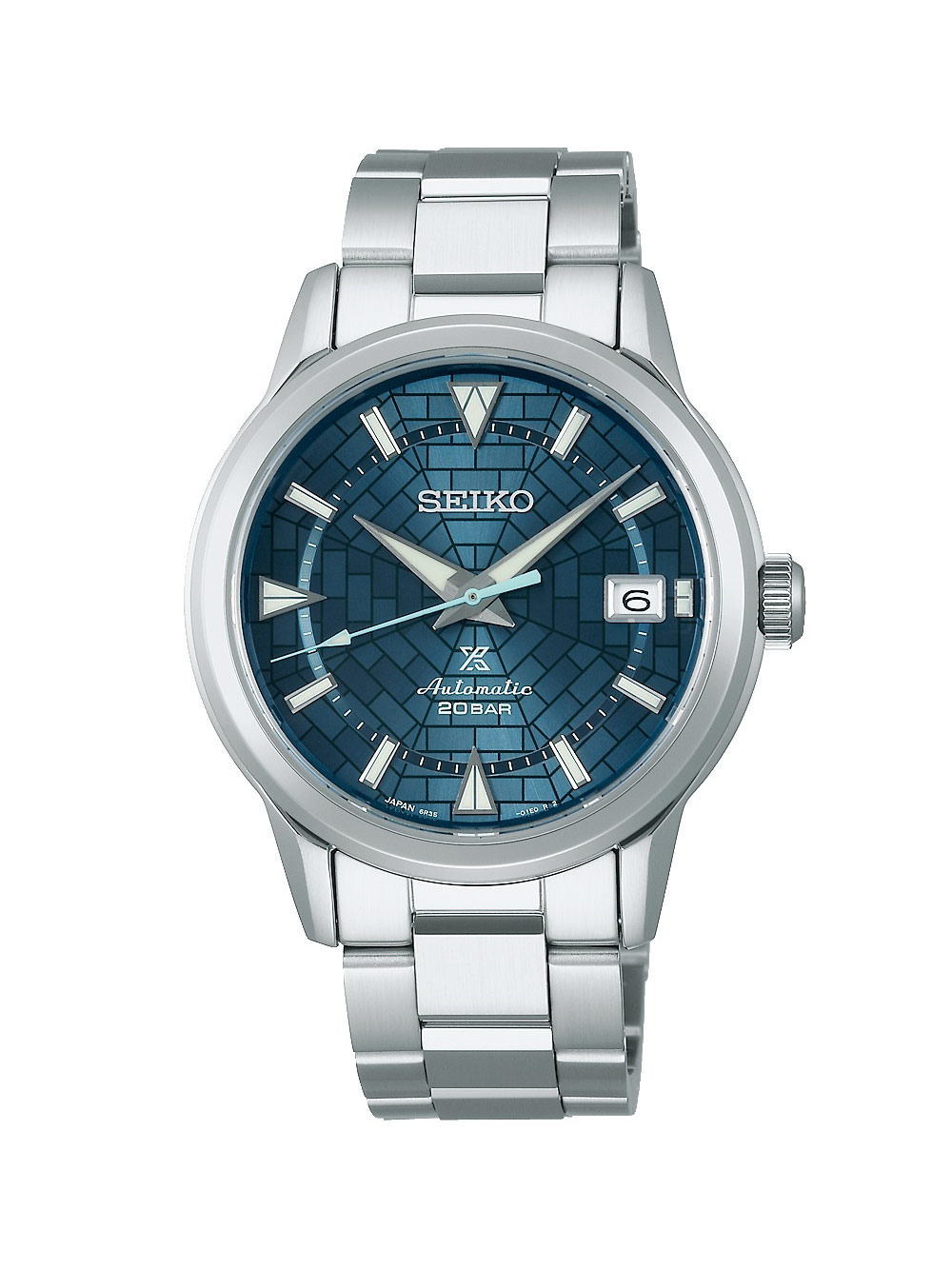 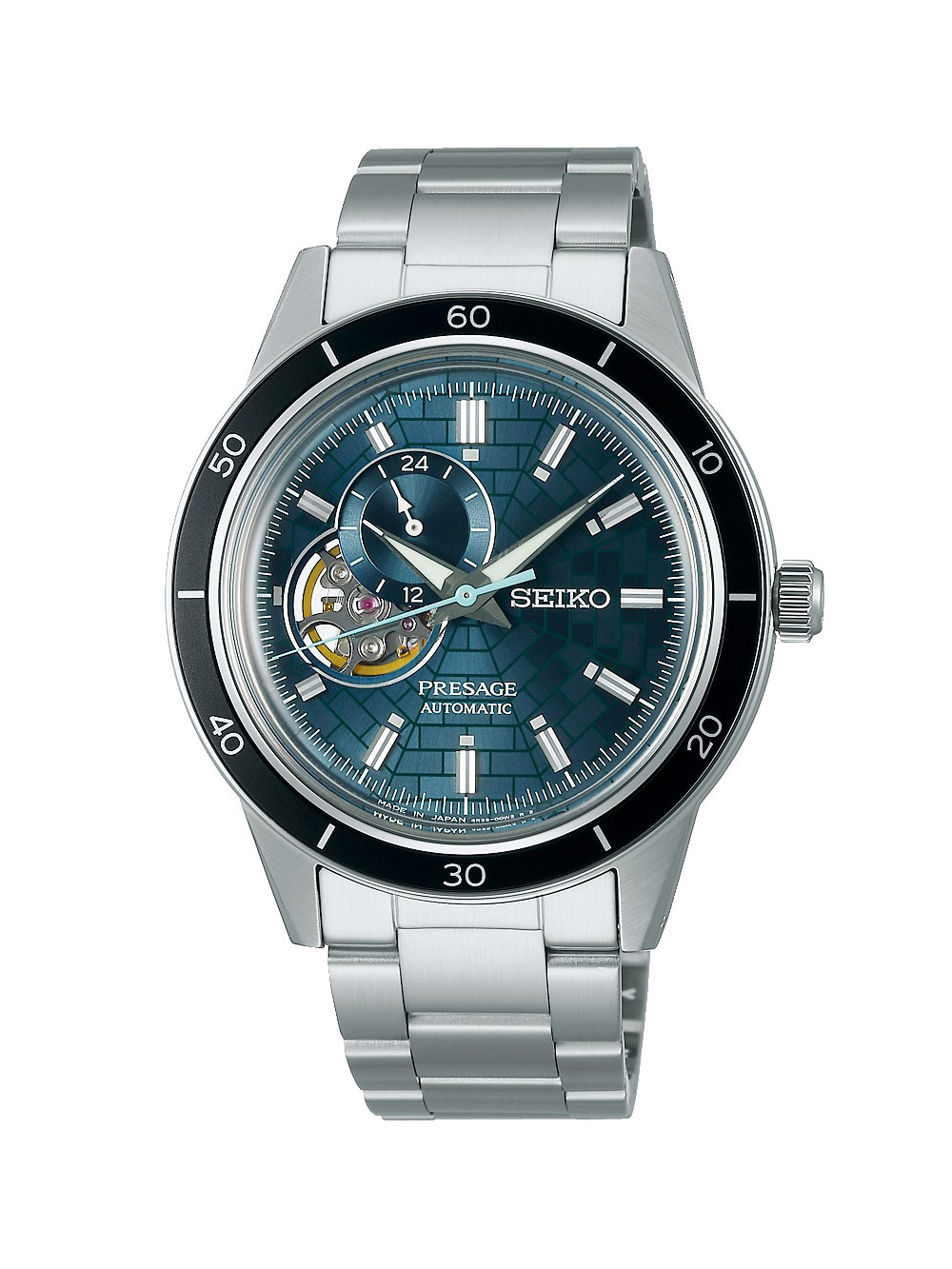 Beyond the dial itself, the seconds hands have also been redesigned for the limited editions, drawing their inspiration from a specific street in the district, Komparu. Komparu used to be the centre of Ginza’s nightlife where many geishas would gather, and it was they who popularised the specific shade of turquoise used by Seiko on the seconds hands. 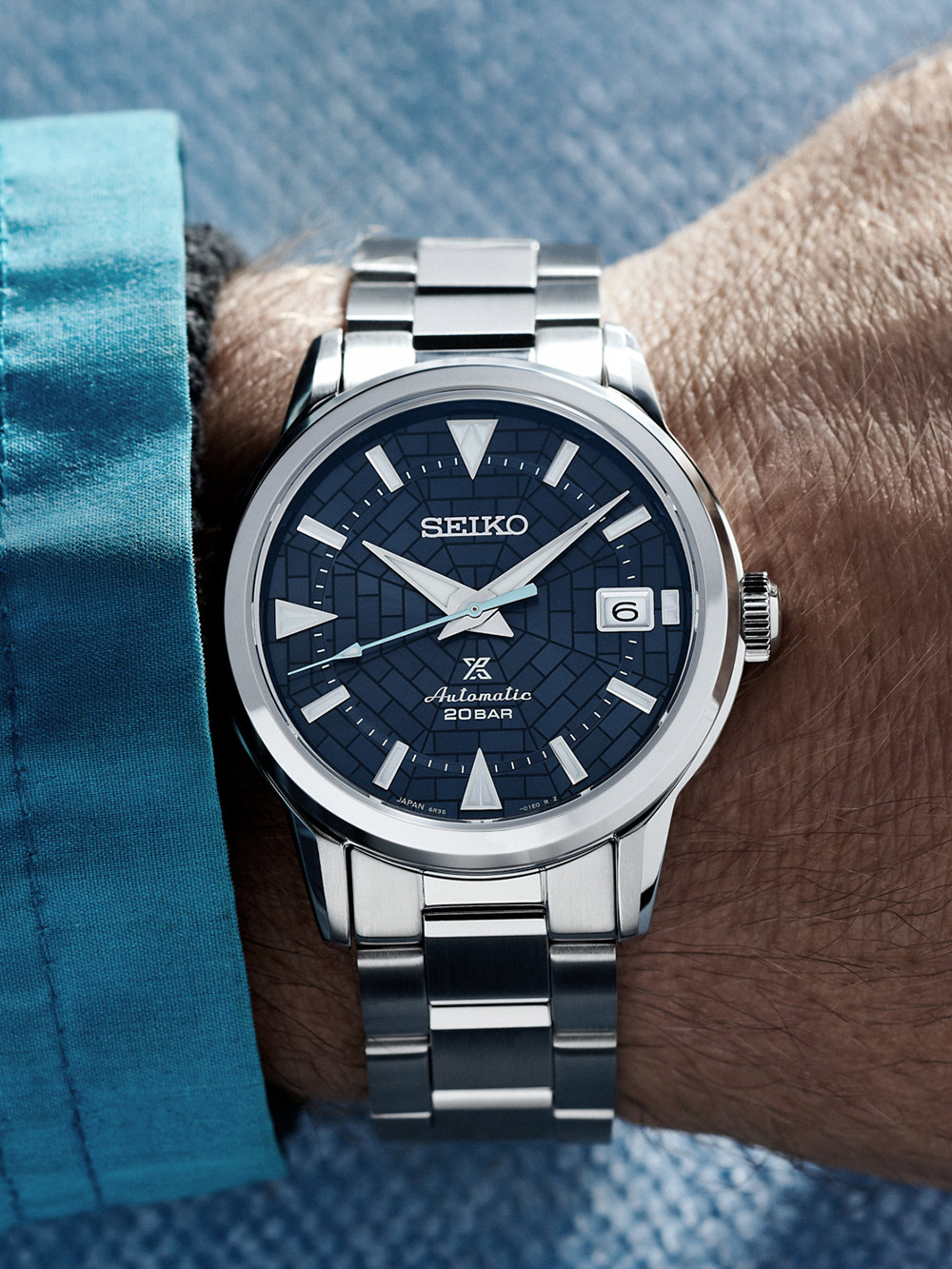 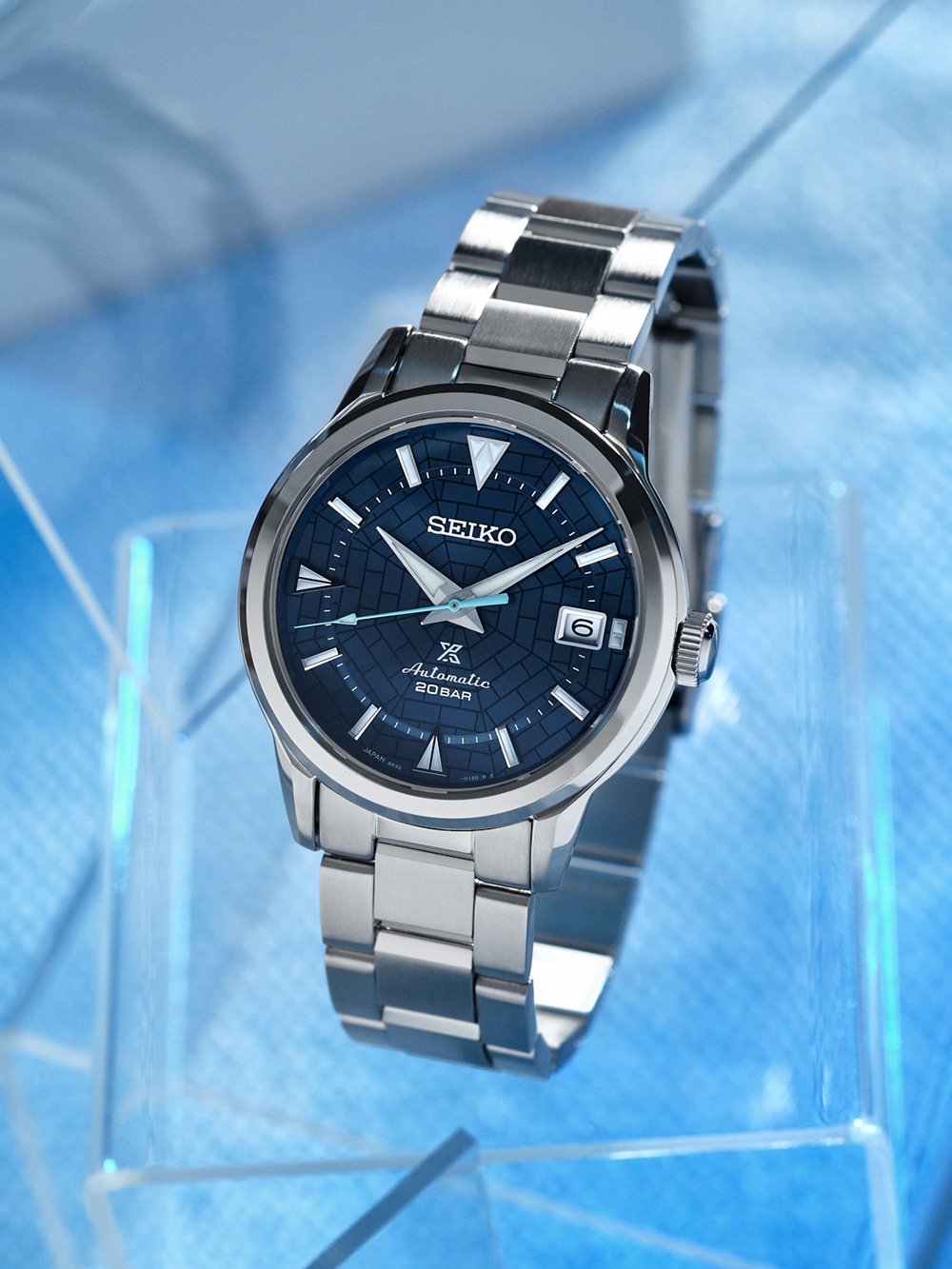 While the core of the limited editions are the new dials, the two watches come from totally separate collections so it’s inevitable that there are some differences. The Prospex Alpinist is a reimagined version of the Prospex Alpinist 1959 that was launched earlier this year. It has a pretty simple time-and-date function with large baton indices paired with triangles at 12, 6 and 9, the 3 o’clock position being taken over by the date window. Inside, it houses the 6R35, an impressive automatic calibre with a 70-hour power reserve. 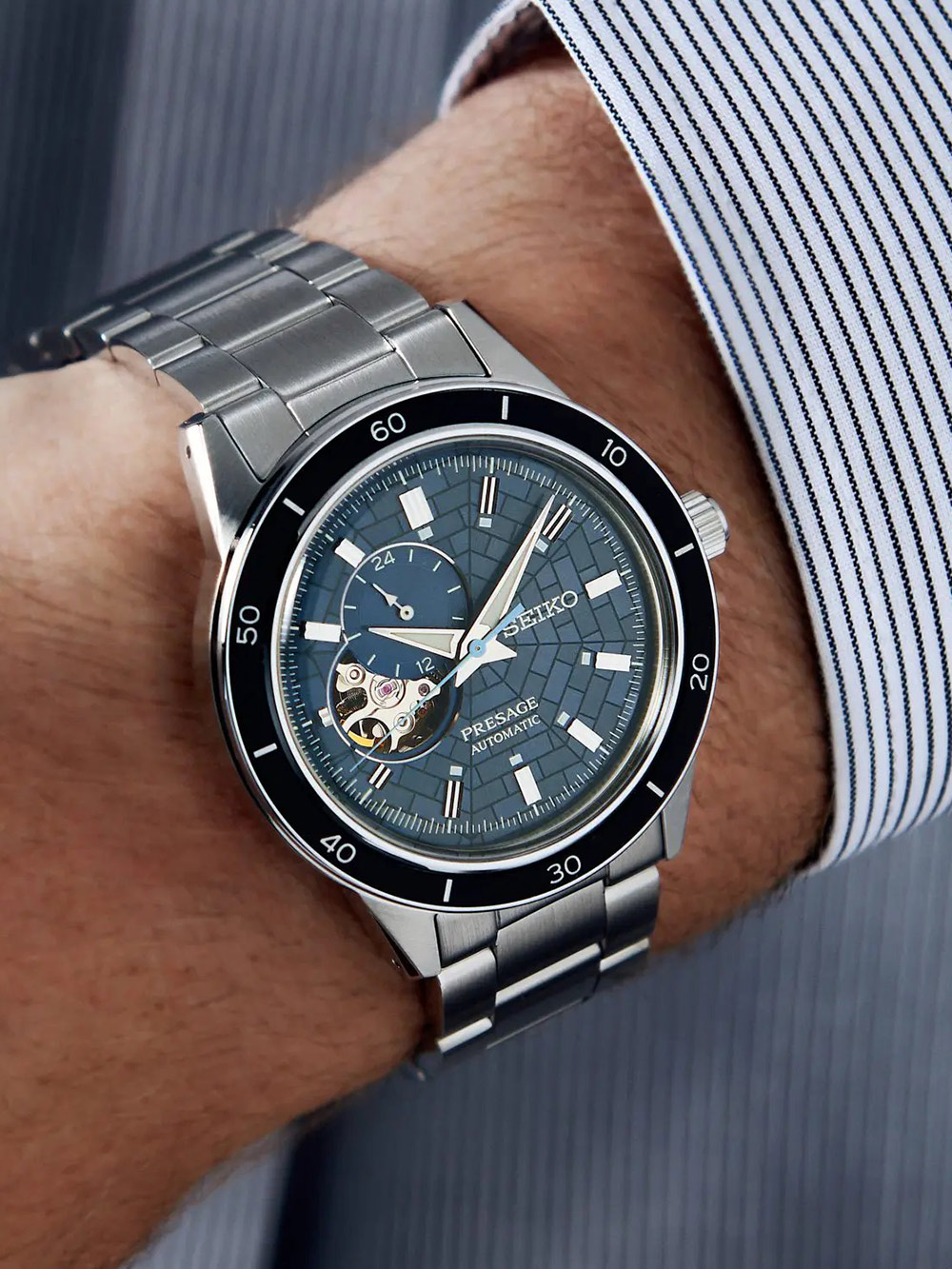 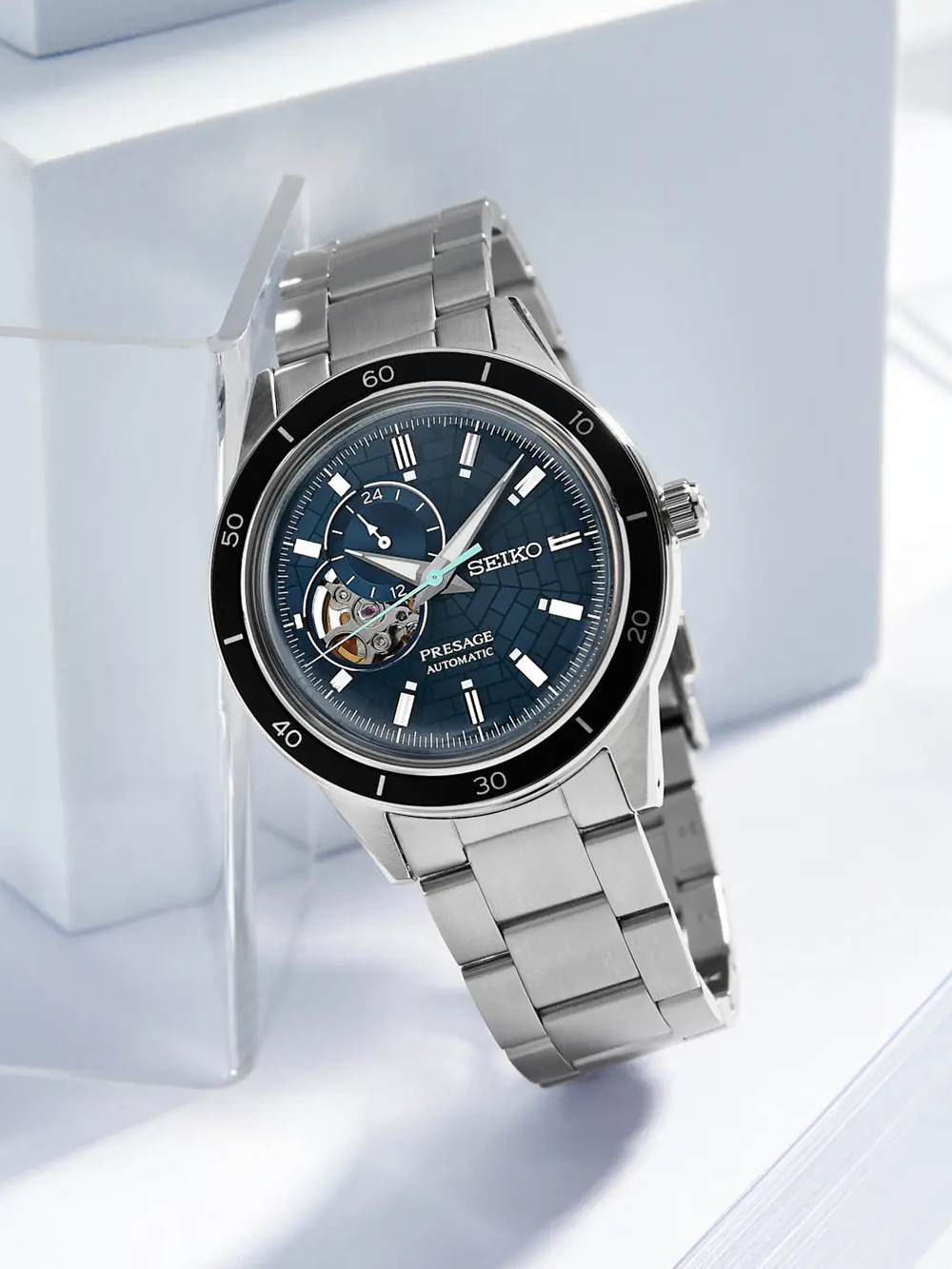 In contrast, the Presage Ginza edition is based on the recently updated version of the 1964 Seiko Crown Chronograph. The overall impression is more retro than the Alpinist due to the box-shaped sapphire glass. Although, the most notable feature is the open heart window at 9 o’clock paired with a 24-hour subdial. That aperture gives a glimpse of the 4R39, another automatic calibre, this time with a 41-hour power reserve.

As mentioned, both are limited editions although in numbers that stretch the definition of ‘limited’. The Prospex Ginza Alpinist has 3,500 pieces priced at £670, and the Presage Ginza has 4,000 at £520, so the classic Seiko accessibility is maintained.