Is the SLGA007 “Lake Suwa” the Best Grand Seiko Dial Yet? (With Hands-On Pics) - Oracle Time 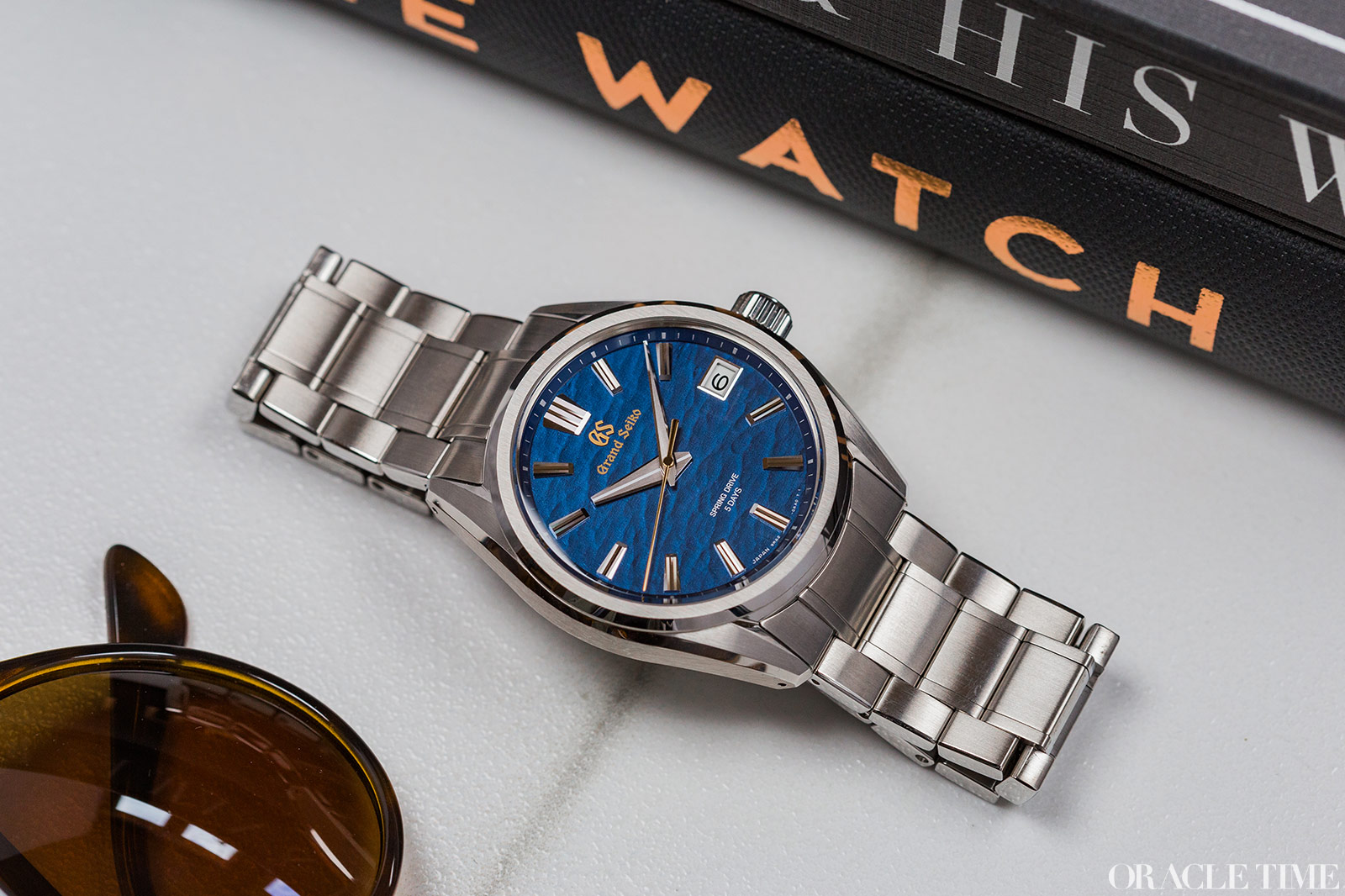 Textured dials are Grand Seiko’s forte. They have been since the Snowflake became a modern icon of Japanese craftsmanship and it’s something they’ve been hammering home hard in their big anniversary year with first, the stunning Birch Forest “Shirakaba” SLGH005 and now this, the SLGA007 Lake Suwa.

The Lake Suwa has actually been a long time coming. It was originally meant to be released along with the Silver Birch Forest a while back (hence our pics of the pair), which would have made an incredibly handsome pairing, but for one reason or another was pulled at the last minute. I’m just happy it made it to release and we can finally talk about the thing because, as far as I’m concerned, it’s one of the finest watches Grand Seiko has ever produced. 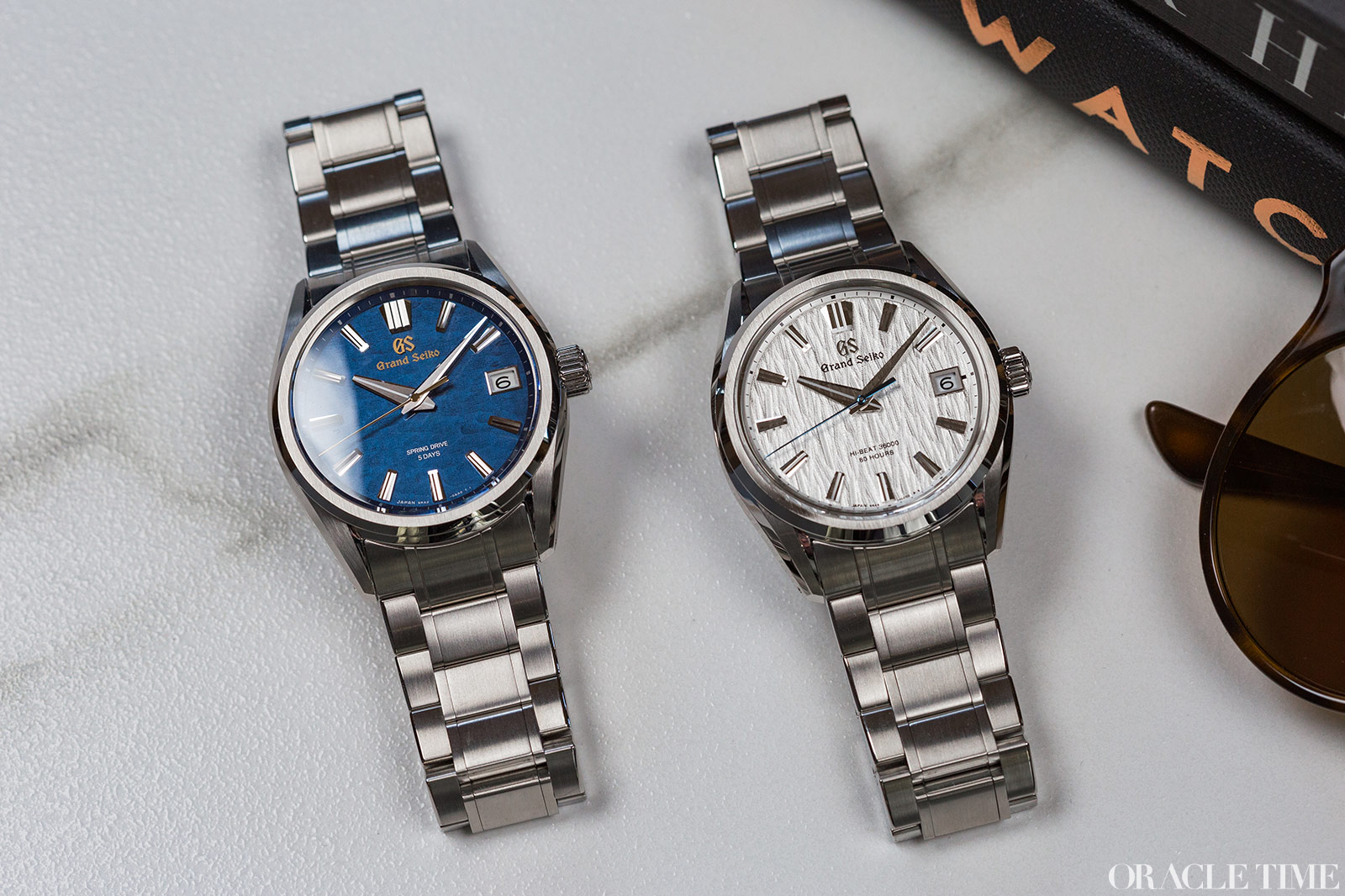 The core of the watch is, of course, the dial. Emulating Lake Suwa, near Grand Seiko’s Shinshu-based studio, it’s engraved with shallow ridges like wind across flat water. It’s more dramatic than the Snowflake, a bit less OTT than the Silver Birch, and the particular blue used is breath-taking. As ever, it’s the kind of dial you need to see in the flesh, see how it catches the light, in order to really appreciate. Grand Seiko collectors, you know what I mean. Then again, you’ll have your name down for this one.

The utilitarian, 40mm steel case on the other hand is nicely pared back, even if it is finished to Grand Seiko’s typical, razor-sharp fineness. It lets the dial do the talking and, given it’s as verbose as a TED Talk, that’s about right. 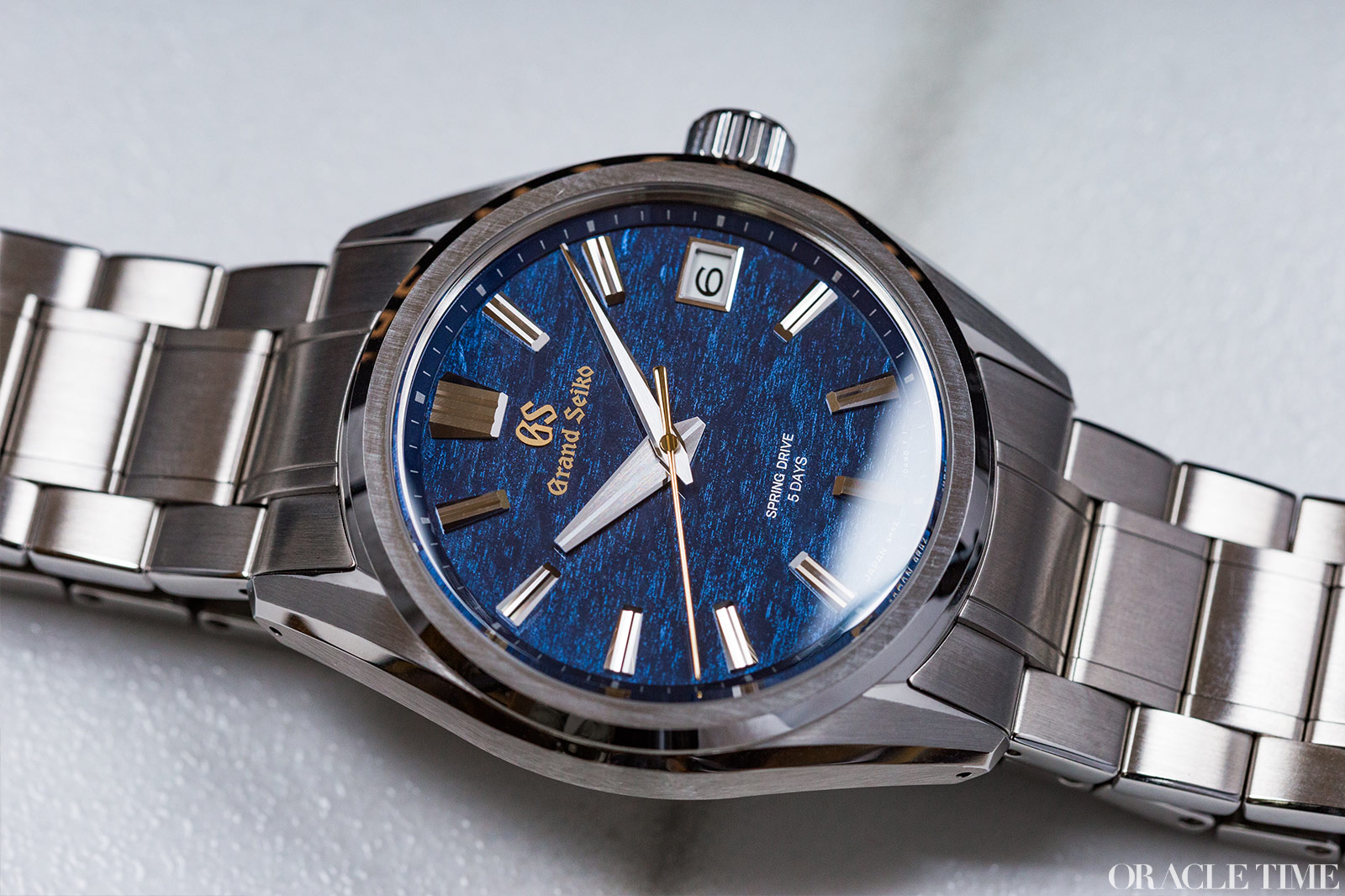 The new limited edition is equipped with the maison’s Spring Drive movement, another reason I’d put the Lake Suwa above the Silver Birch Forest. Thankfully, Grand Seiko has managed to keep the power reserve off the dial, instead moving it to the back of the watch. It still has a 120-hour power reserve and incredibly timekeeping of course, so I can’t imagine many collectors would bemoan the lack of interruption to the dial.

This take on the Spring Drive is actually slimmer than previously, with the movement itself downsizing to just 5mm thick, the thinnest automatic so far. That follows through to a slightly more svelte case that sits elegantly on the wrist. 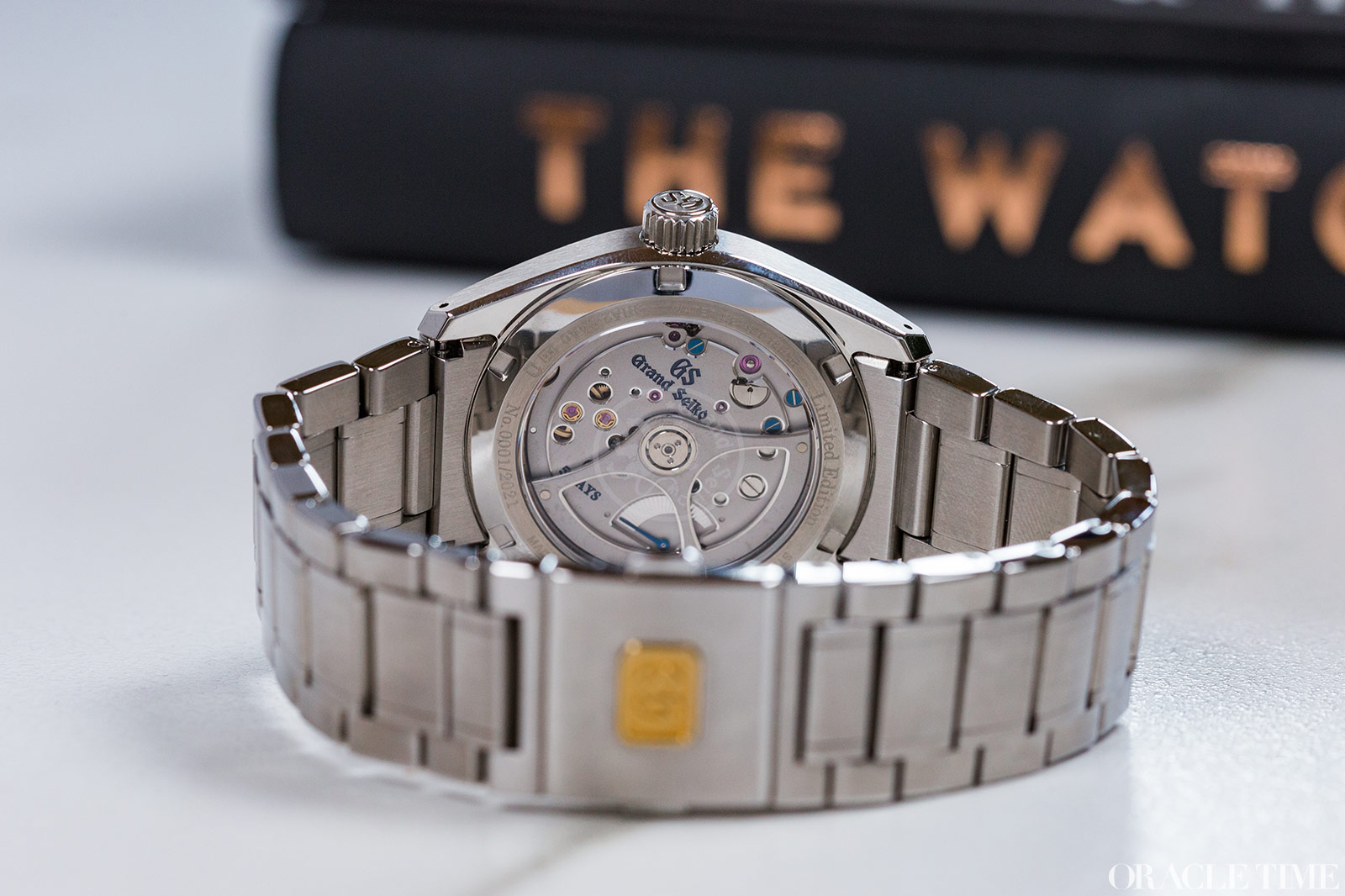 The finishing on said movement isn’t as ornate as we’ve come to expect from Spring Drives – or Grand Seiko in general – but honestly, I’m more than ok with that. It’s a more modern look for one of the most forward-thinking calibres in the world.

Let’s be fair, if you like Grand Seiko as a brand, this likely ticks every box you have for a watch. Precise finishing, a cutting-edge movement and a dial that puts Swiss guilloche maestros to shame, it’s everything the Japanese watchmaker does best. And for £8,200, it might be the best watch you can get under 10K.

At least, if I had that kind of money lying around, this is where I’d be spending it. If all 2,021 haven’t gone already of course.

Share the post "Is the SLGA007 “Lake Suwa” the Best Grand Seiko Dial Yet? (With Hands-On Pics)"