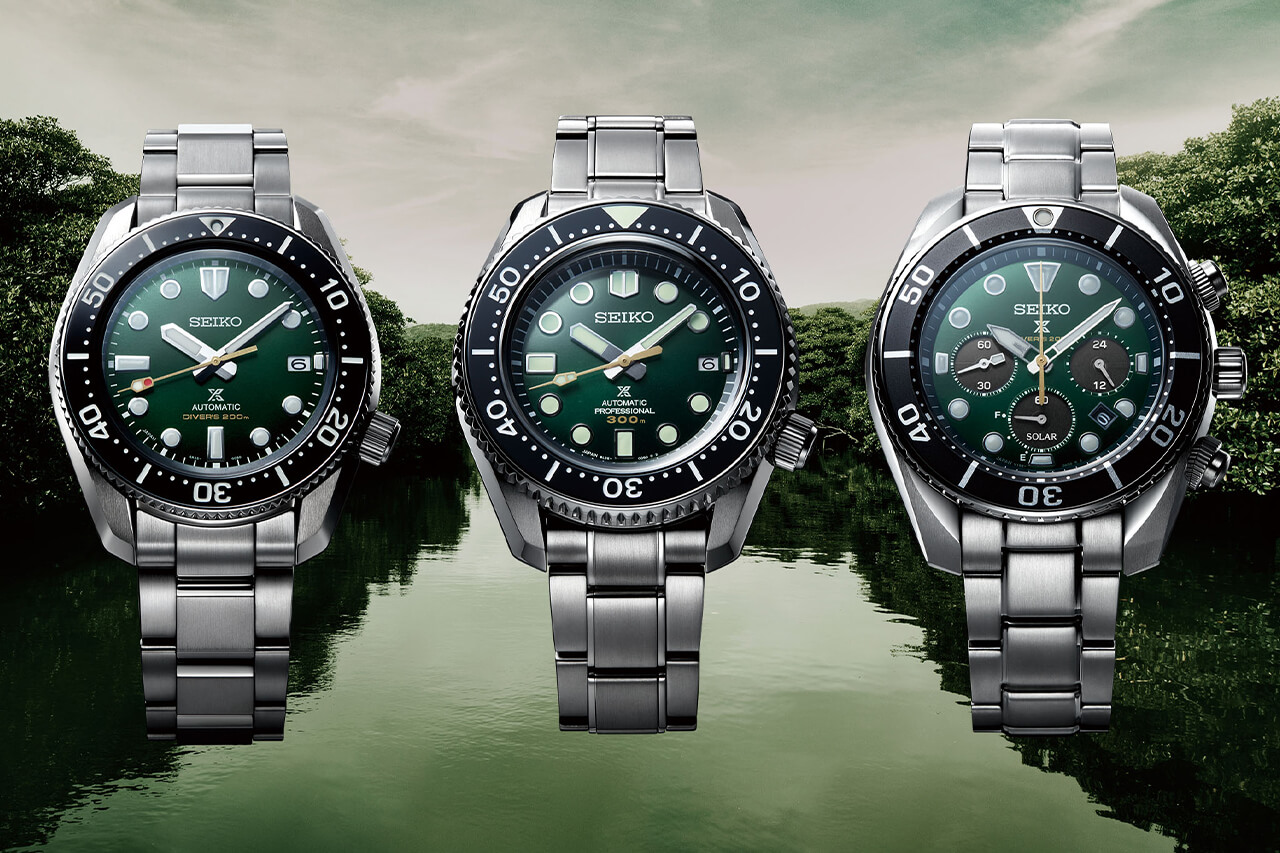 This year, Seiko is celebrating its 140th anniversary. 140th. Let that sink in a little. It’s hard to believe that the watchmaking giant was originally founded by Kintaro Hattori in 1881, given they’re one of the coolest, contemporary brands today. Obviously, it’s an anniversary worth celebrating and that means a commemorative timepiece or two. Or three.

Seiko has been dredging their archives pretty thoroughly recently so it’s kind of a relief to see that this new trio is actually based on current models, all with unifying green dials inspired by Okinawa’s Iriomote island. The tropical mix of jungle, mangroves and waterfalls isn’t just beautiful; it’s the perfect place to give these serious divers a go 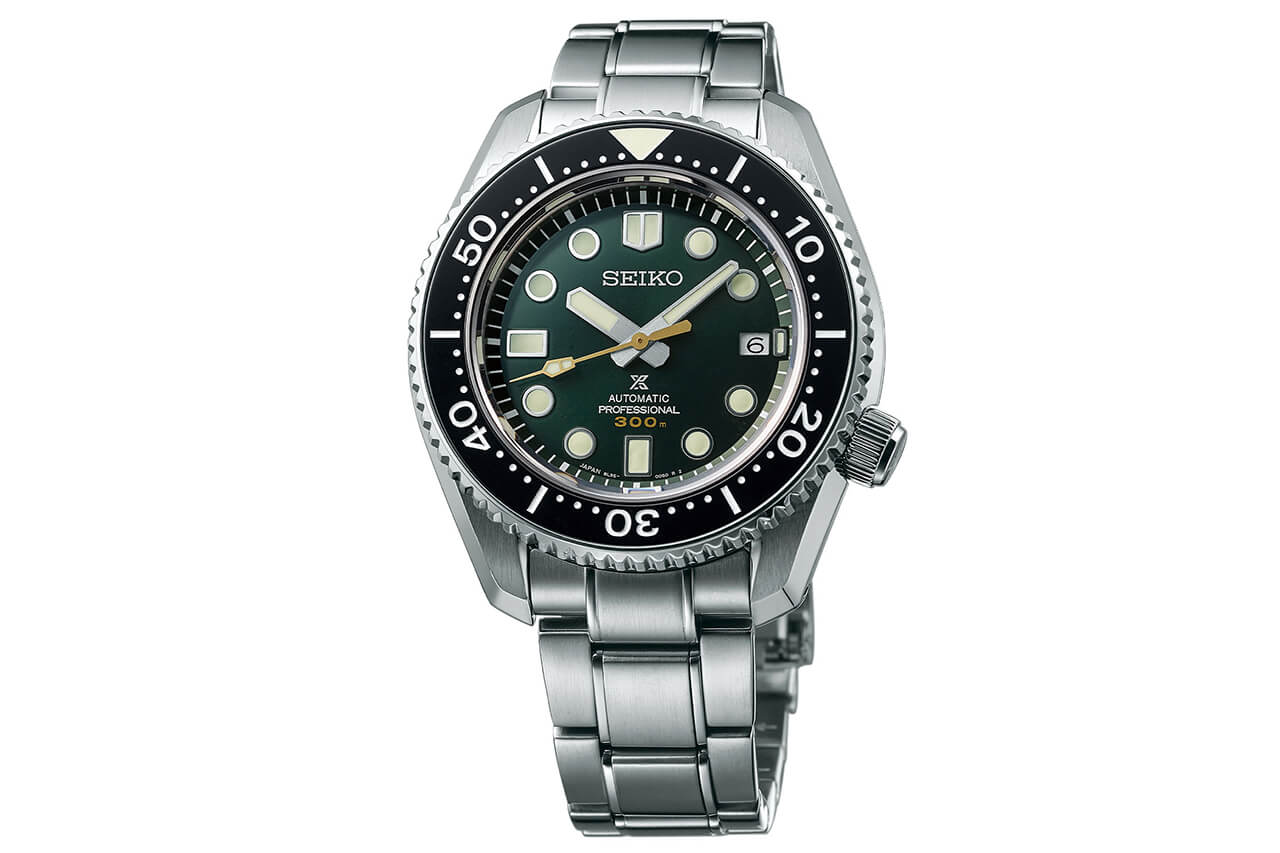 The first of said divers is the SLA047, which is the high point of the three. At 44.3mm of stainless steel, it’s a big, robust beast of a watch, complete with 300m water resistance and crowned with a black ceramic diving bezel. It’s ostensibly inspired by Seiko’s 1968 diver, all sharp angles and machismo, but the movement inside is one of the brand’s latest, the calibre 8L35 with its 50-hour power reserve.

The green is incredibly dark, enough that in some lights it seems black or even navy blue. It’s a lovely colour, though I’d like to see something a little flashier. Still, it works with the black bezel and keeps the SLA047 a serious diver. 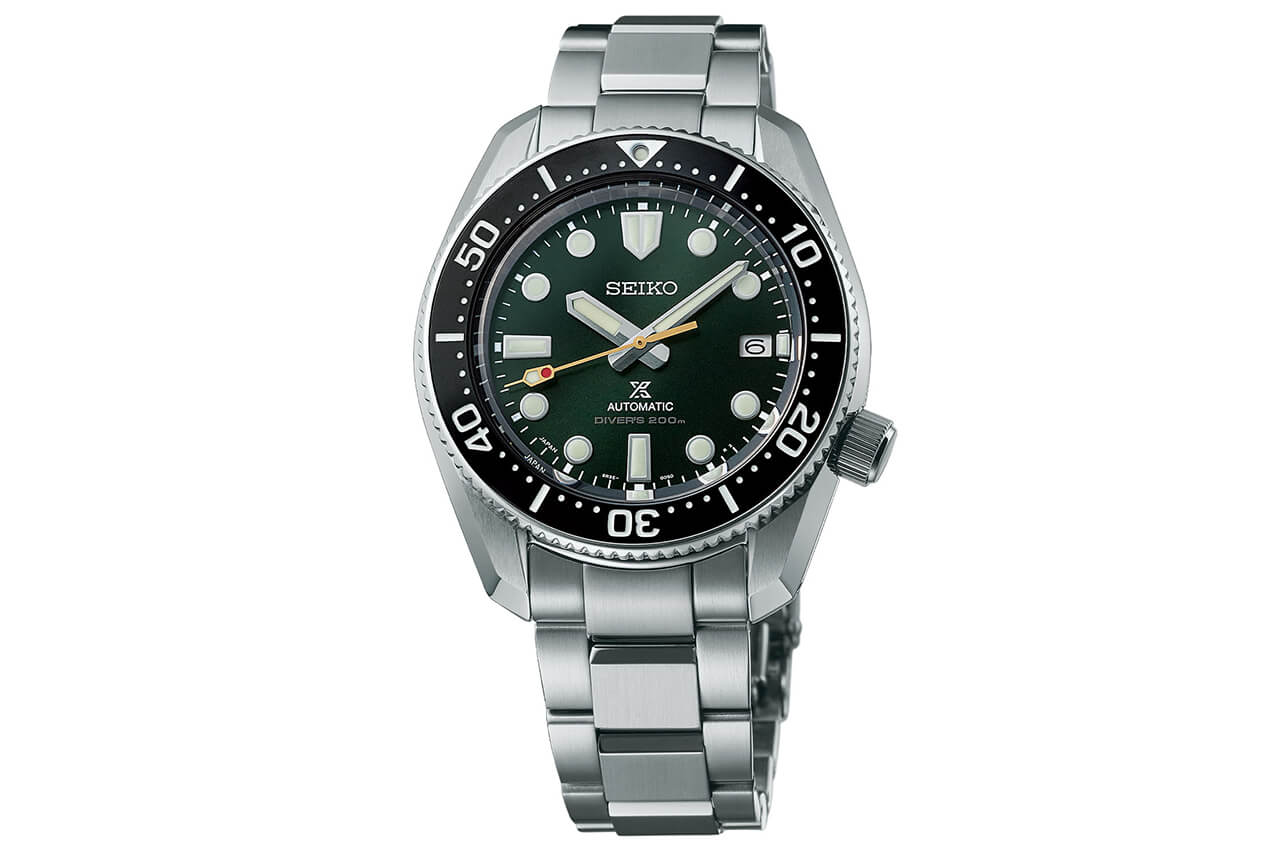 The second up is the SPB207, which is a verdant new version of the 1968 Automatic Diver’s Modern Re-Interpretation. So it’s a limited edition version of a modern version of an older watch. Keeping up?

It’s smaller than the SLA047 at 42mm and is more wearable because of it. It’s sharper and more elegant, though that does mean it’s slightly less rugged. That follows through to the water resistance, which is here 200m. It does however have a greater power reserve thanks to Seiko’s latest-generation 6R35, which is quickly becoming a secret weapon in the brand’s arsenal.

Otherwise, it has the same green colouring that defines this limited edition drop, albeit with a bright flash of red on the second hand which I love. It’s a small touch, but eye-catching. 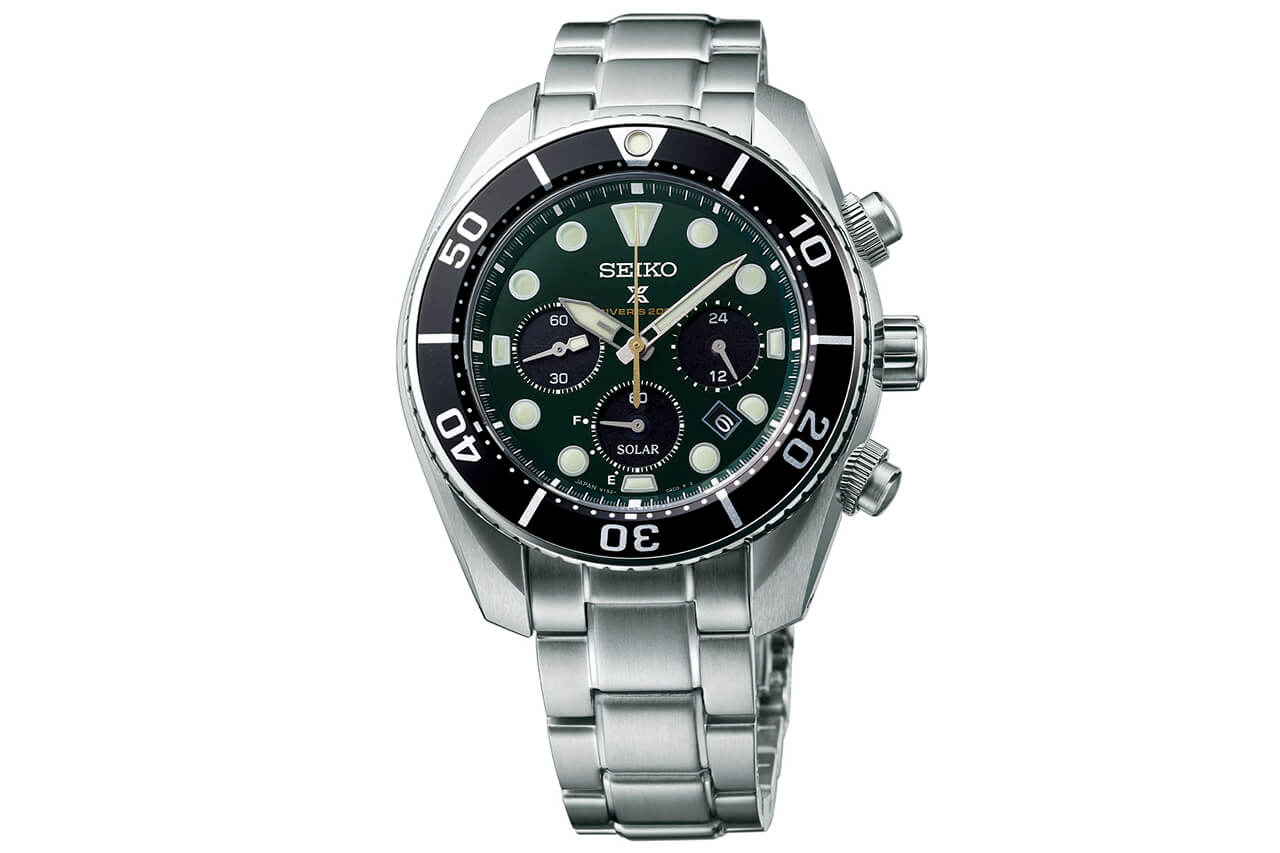 Finally, and perhaps most unusually, we have the SSC807 with its solar-powered quartz chronograph. I wasn’t expecting this kind of movement, but it makes sense given how big a part of Seiko this kind of tech has become.

The exterior is a classic Sumo shape, which means it’s big (44.5mm), round and chunky. Thanks to the screw down chronograph pushers, it maintains a 200m water resistance, complete with a diving bezel and that signature green dial. The green actually works best with the chronograph counters, as those extra white indicators show up the colour nicely.

All three pieces are limited editions, but not strict ones. The Prospex Automatic Diver’s SLA047 is limited to 3,000 pieces; the solar-powered Sumo is set at 4,000 and the 1968 a not-so-limited 6,000. Sure, they’re commemorative pieces, but apparently Seiko is making sure that everyone can celebrate with them.