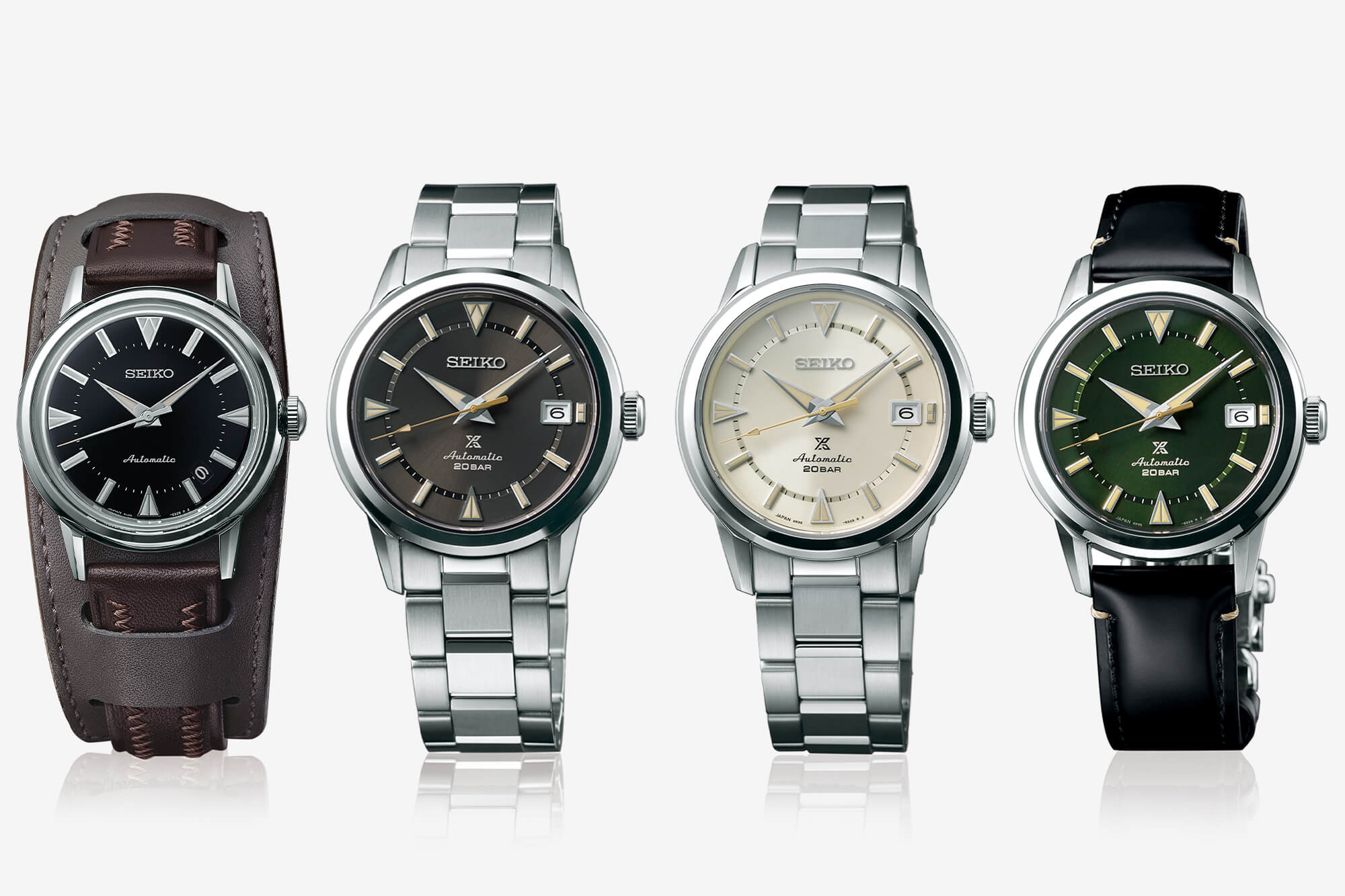 The names of some watches and the collections they inspired will live on well past the day they stop production: the Royal Oak, the Nautilus these names will be remembered. One timepiece that started one of the most prolific lineages of them all is the original Seiko Laurel Alpinist, which has directly influenced Seiko’s Alpinist and Prospex collections in the six decades since its launch in 1959. To celebrate the historic watch, Seiko have announced four re-creations of the heritage piece. 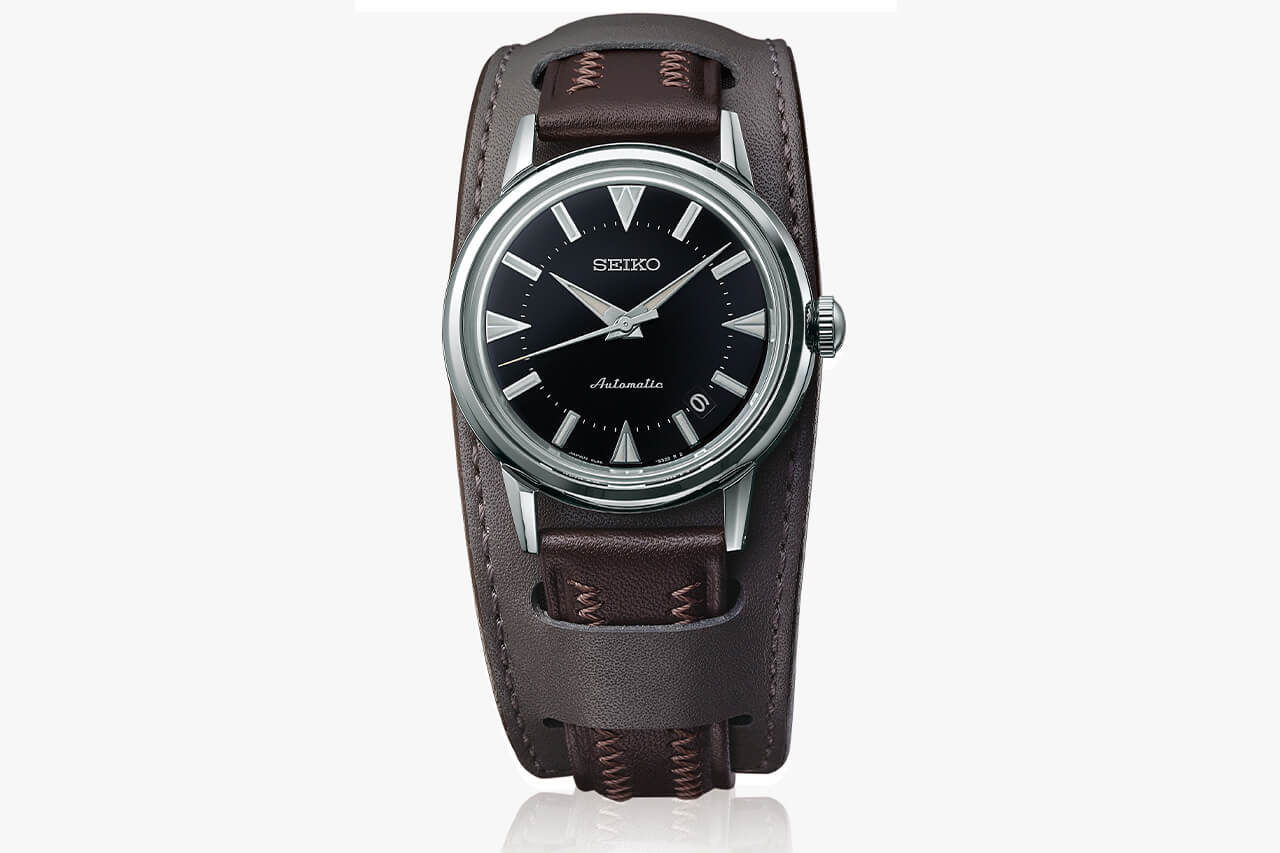 Seiko has separated the four watches into two groups, a stand-alone limited edition piece and three modern re-interpretations. We’ll start by looking at the limited edition. The design is almost an exact match to the original, a gloss black dial with large silver indices coated in lume. At the four cardinal points of the face, 12, 3, 6 and 9 o’clock, are the oversized triangle indices that were a major part of the heritage watch – it is this feature that gives the Alpinist its name because the indices were reminiscent of mountains.

The logic behind having such a clear and legible design is that the Laurel Alpinist was the first ever watch Seiko designed for use in sport. It marked a departure from Seiko’s comfort zone and included many of the early innovations in sports watches that we come to expect today, such as a screw caseback to protect the movement from sand and grit. It also had an iconic leather cuff strap to protect it from perspiration, which has been lovingly re-created on the new version down to the level of having identical stitching patterns. 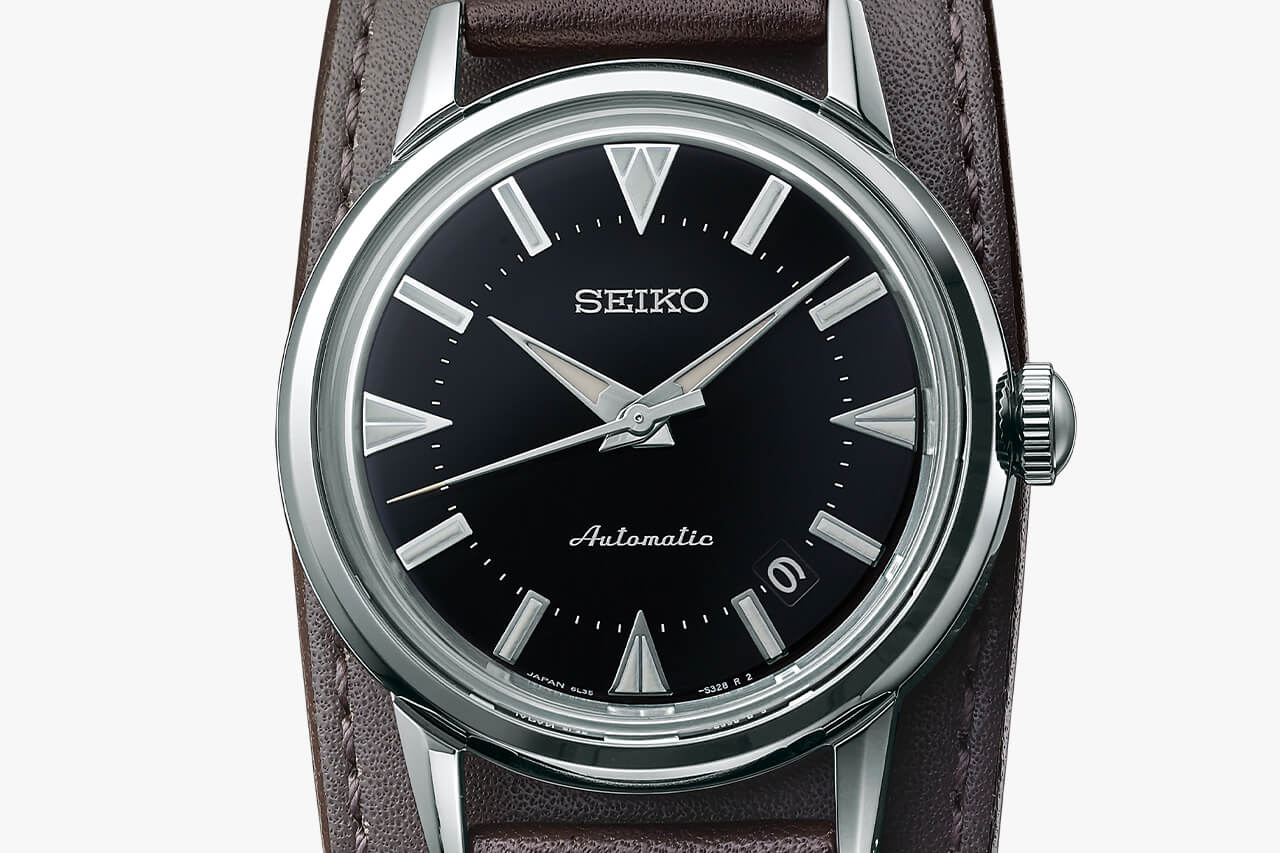 While the new version pays very accurate homage to the design, there are a few elements that have been updated to keep the new version up to the standards of modern Prospex watches. It has a box-shaped sapphire crystal with anti-reflective coating to improve the legibility and an updated calibre, the 6L35 with 45-hour power reserve. It also has 100m depth water resistance and a new date function that wasn’t on the original.

Despite those upgrades, the size is very comparable to the 1959 version at 36.6mm diameter and 11.1mm thickness, which is a little larger than the heritage piece but still well within reason – especially on that chunky retro cuff. 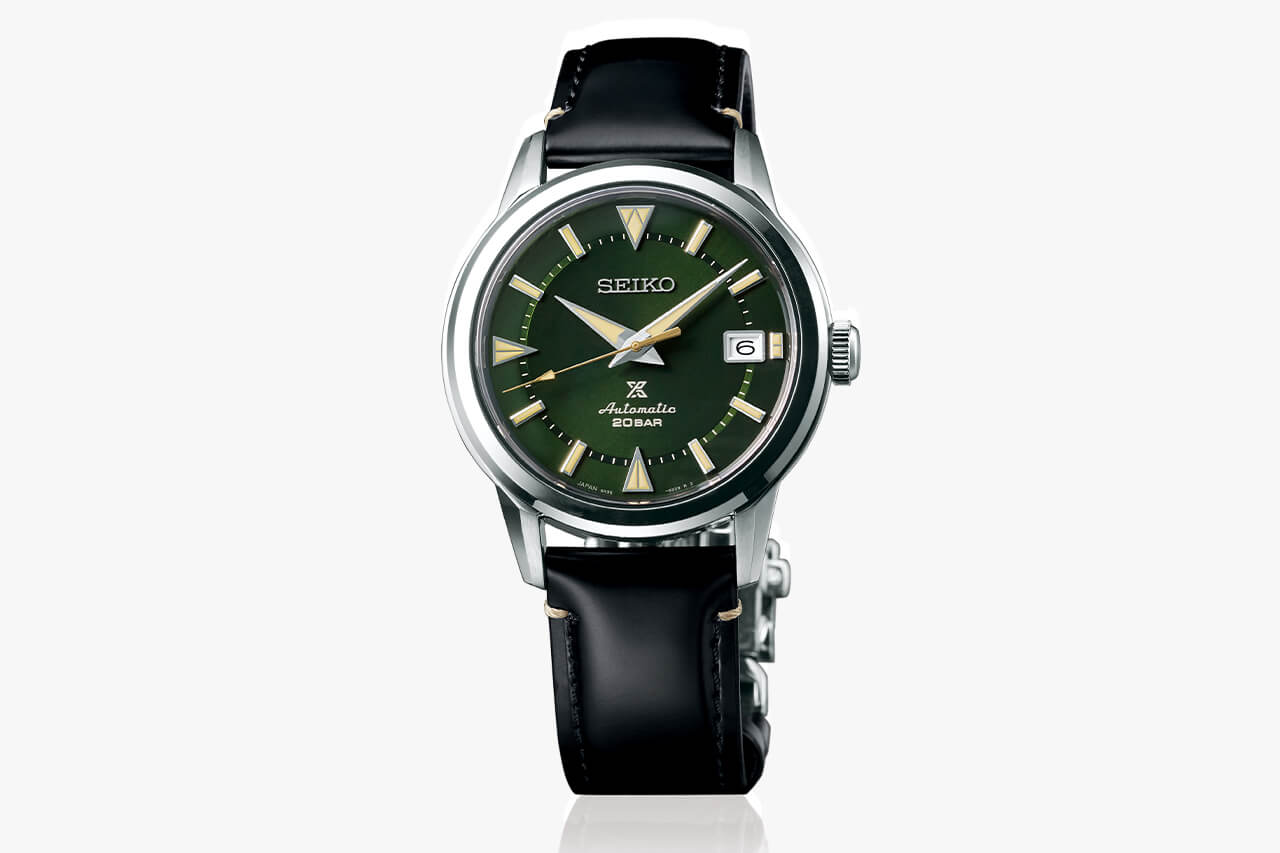 The three modern re-interpretations all follow a similar vein to each other. Taking that classic Alpinist design and giving it a modern edge without trying to copy some of the more unique heritage elements. Most notably they have normal stainless steel bracelets and leather straps rather than the cuff. There are also some differences on the dials like the date window placement and the indices, which have been mounted on silver bases to give a more three-dimensional appearance. 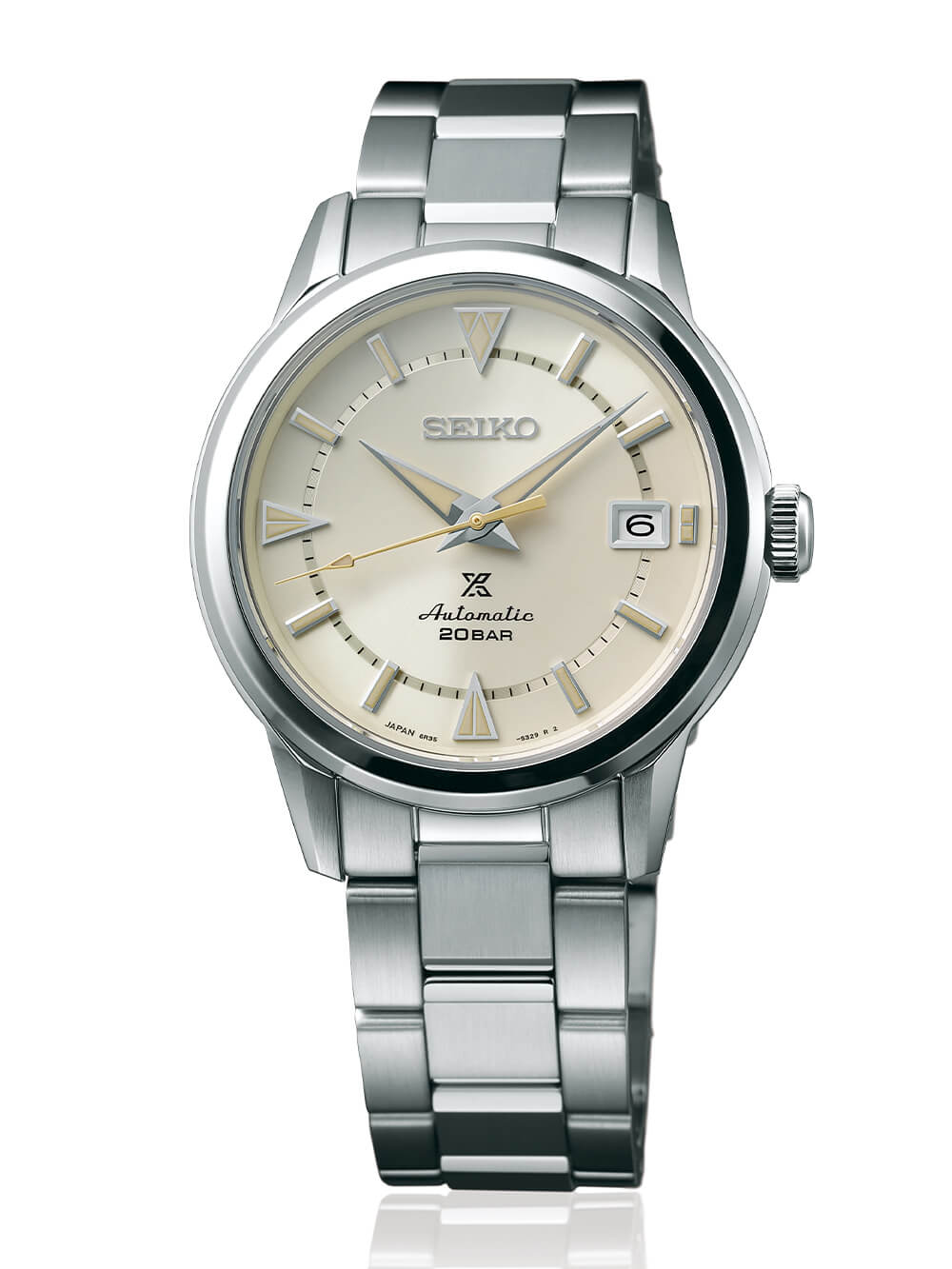 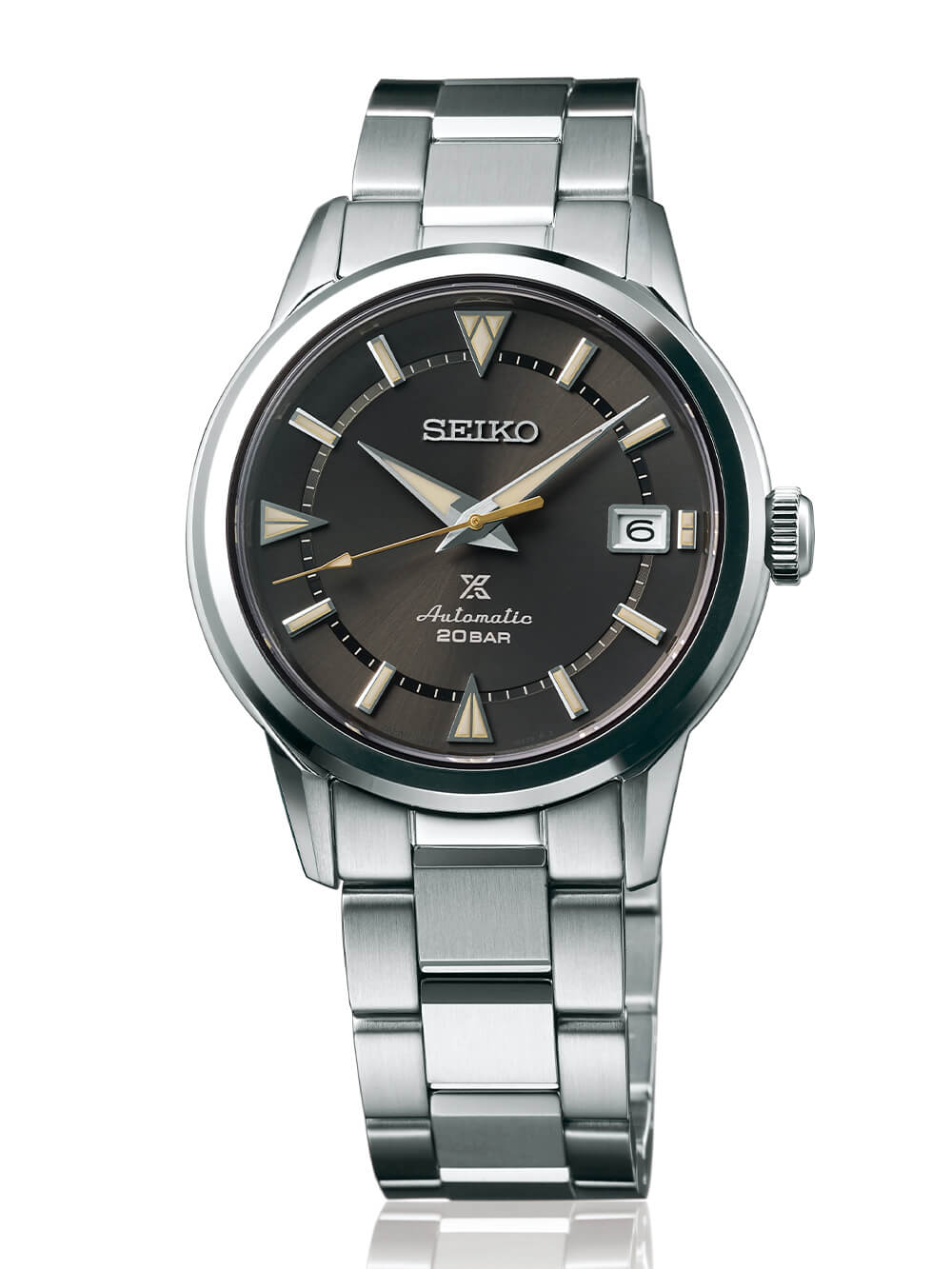 The main difference between the modern ones are the dial colours, cream, grey and green. All of them are powered by the 6R35 calibre movement that has a 70-hour power reserve – a little more advanced than the limited edition version. It’s the same case with their water resistance, which is 200m.