Over the past few years, the battle to be the ‘King of Thin’ has been really heating up. Back in March this year we saw Bulgari reclaimed the title with the handsome Octo Finissimo Ultra measuring in at just 1.8mm. Now however, there’s a new challenger in the ring in the form of lightweight specialists Richard Mille. In collaboration with Ferrari they have launched the RM UP-01 Ferrari which is now the world’s thinnest mechanical watch. Measuring at just 1.75mm thick it takes the crown, for now. 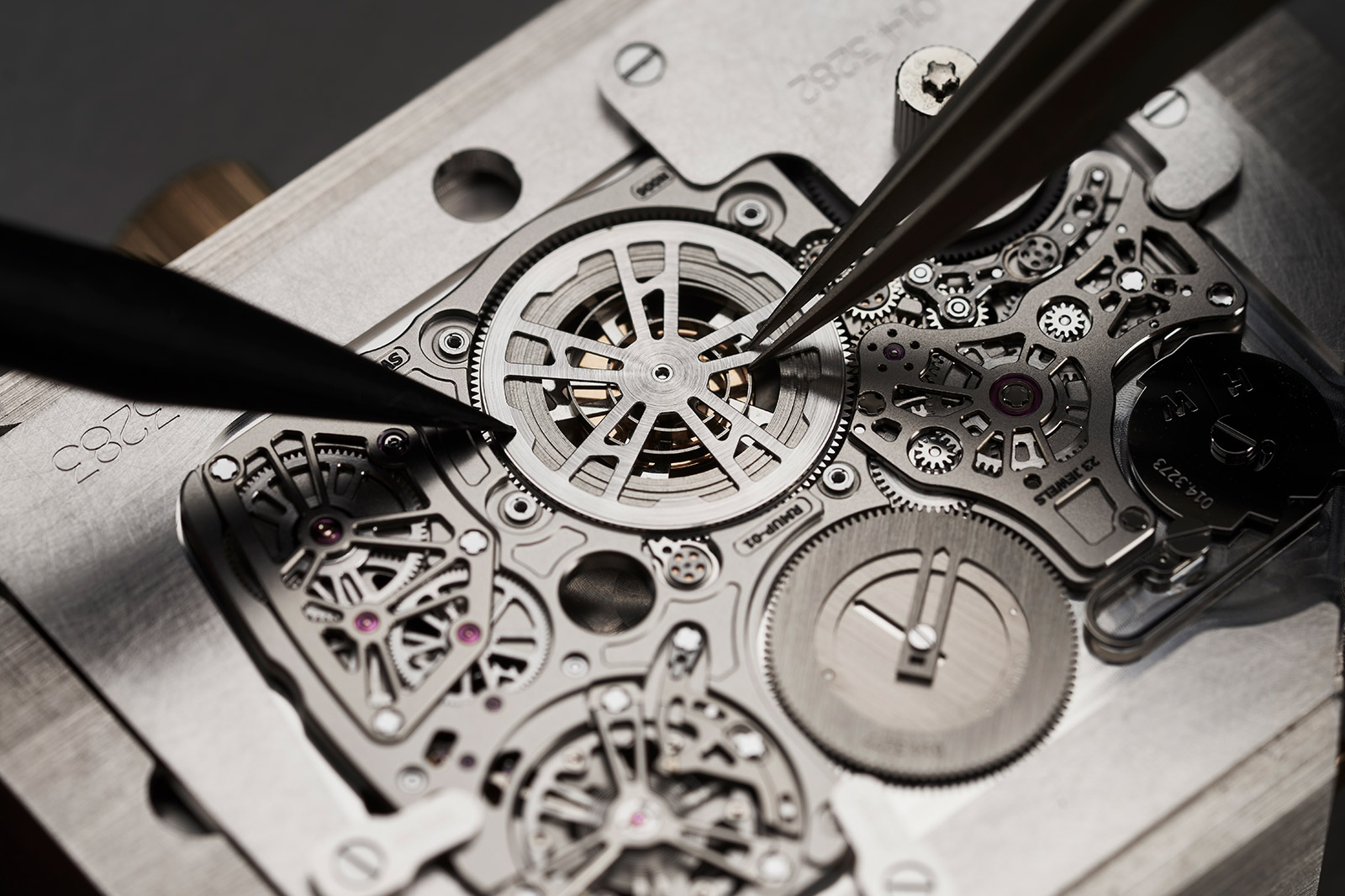 Delving into the creation, it’s interesting to see that Richard Mille have taken a slightly different route from the competition by keeping the case and the calibre separate (whereas Bulgari double up the caseback as the base plate of the movement). The RMUP-01 manual wind movement, developed in partnership with Audemars Piguet Renaud & Papi, measures 1.18mm thick, weighs just 2.87 grams, has a power reserve of 45 hours, and astonishingly can withstand accelerations of up to 5,000 G’s.

To achieve this level of svelte, the ultra-flat calibre features a patented extra barrel and redesigned escapement architecture, which involves removing the small plate of the balance and the dart (guard pin) and replacing them with new anti-reversal elements. 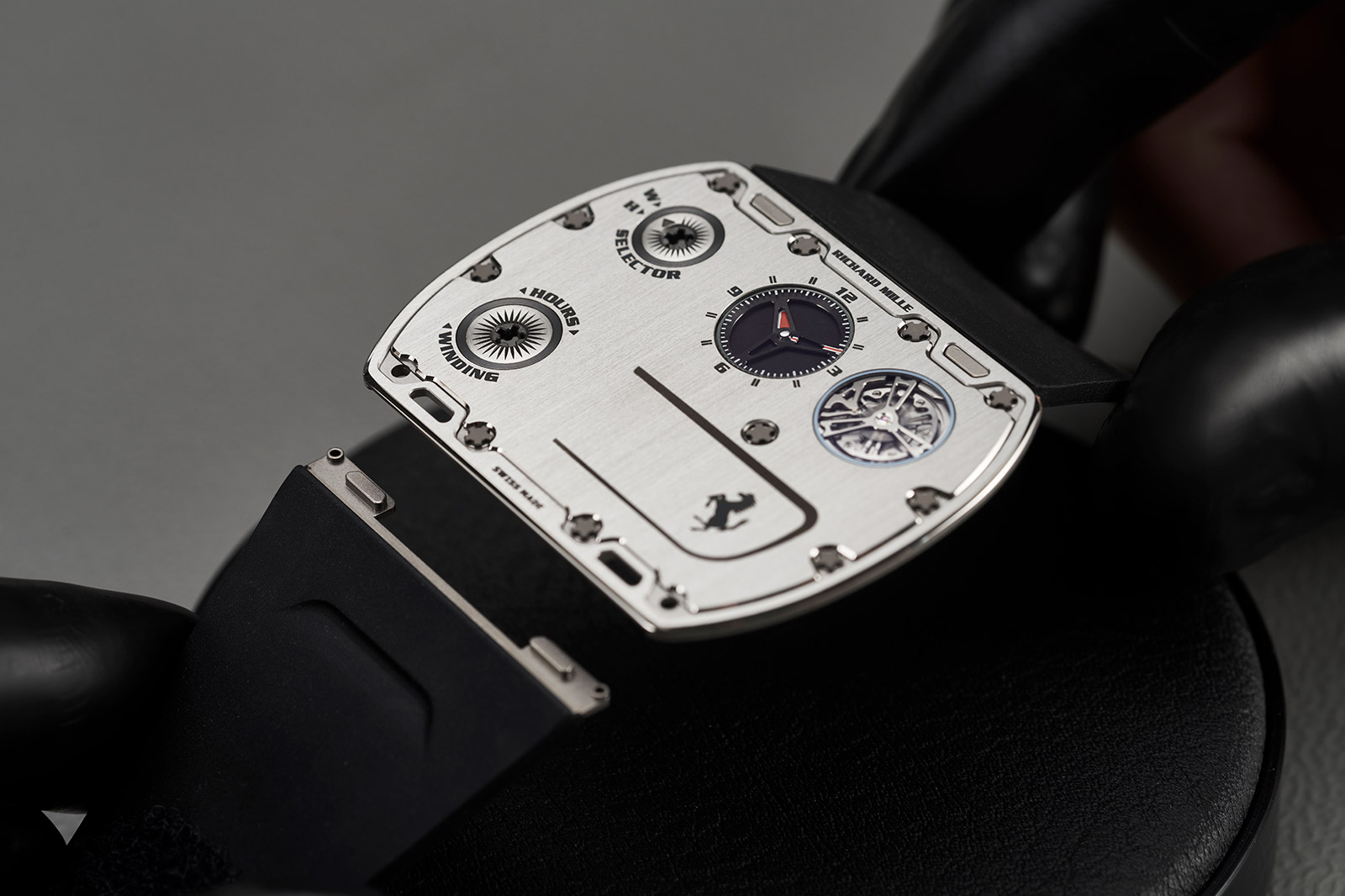 The case itself is crafted from grade 5 titanium, has a water resistance of 10 metres and features two ultra-thin, anti-reflective sapphire crystals covering the central time indicator and the balance wheel, allowing a view into the inner workings. Completing the display on the industrially inspired slab dial there is also a functions selector which switches the operation between winding or time setting, both of which require a special key.

The aesthetics of the RM UP-01 Ferrari are of course dictated by the technical achievements, however as a fan of industrial design I’d argue that’s a good thing. Excluding the prancing horse at 4 o’clock the layout is unfussy and the rounded rectangular case shape is in line with the famous tonneau shape of other RM creations.

Ultimately the RM UP-01 Ferrari is no more than a vanity projecting showing off the ever-growing technical prowess of Richard Mille as they seemingly try to transcend their position as celebrity watch specialists. Although it’s perhaps not what regular consumers are asking for, it’s an interesting exercise and gives us mere mortals something to gawk at and comment on while the rarefied watch collectors have all the fun. Next up, I’d like to see Richard Mille tackle the issue of most affordable Swiss-made tourbillon. That would be a record I could get behind.