From second best baller in the family to co-starring alongside Bugs Bunny (a career highlight, obviously), Michael Jordan is the Greatest of All Time in whatever metric you care to try. If you’ve been binge-watching ‘The Last Dance‘ like the rest of us, you’ll also know that His Airness’s on-court miracle-working is matched by his wrist-game on the sidelines.

Throughout the docuseries we got a good look at just a fraction of his pieces, and amongst the blinged-out wrist-candy, a few serious pieces stood out from the rest. Here then are the six best pieces in MJ’s exceptional watch collection. 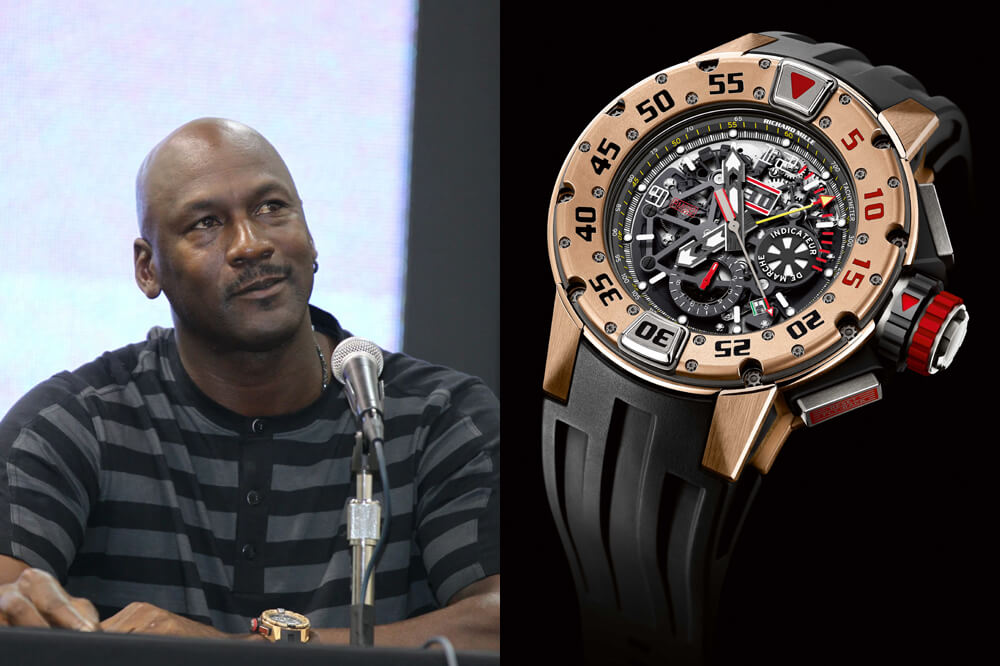 Too many sports legends wear Richard Mille to count. Trust us, we’ve tried. So no points for originality there. Still, where most go for the brand’s signature tonneau cases, MJ has opted for a round version. Not that it loses any of its punch. The 50mm beast is still skeletonised to within an inch of its life and the Charlotte Bobcats owner is one of the few people that could actually make use of a flyback chronograph. 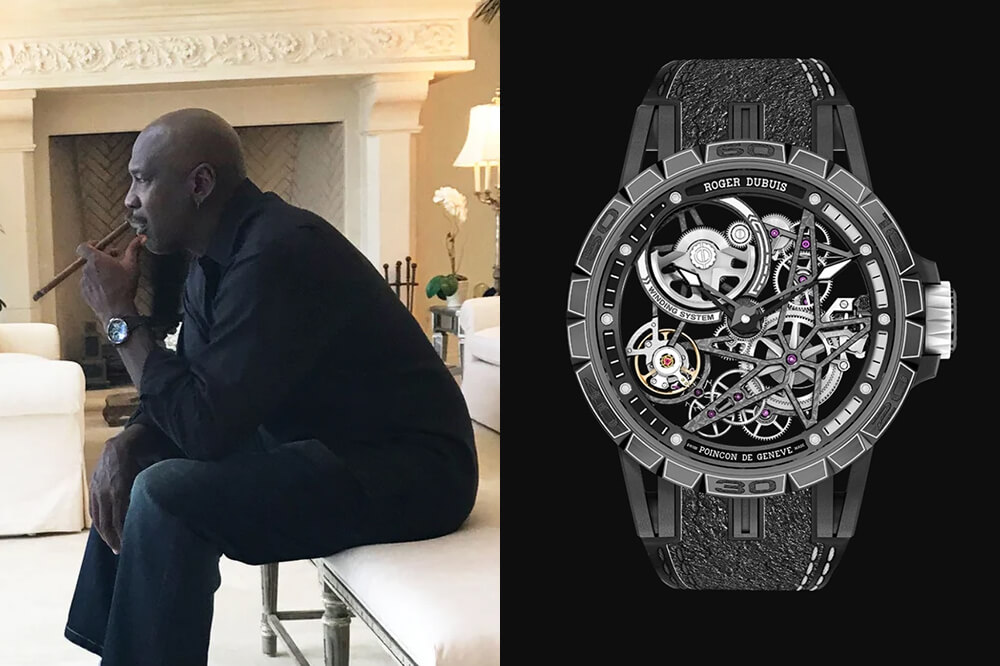 Roger Dubuis can be considered the underdog version of Richard Mille, sharing the same intense skeleton look but slightly more streamlined dimensions. They’re also a damn sight rarer to see and this particular version of the flagship Excalibur is even more so: the strap is made from ex-racing Pirelli tyres. It’s an over-the-top celebration of extreme competition (the tyres were not treated gently), the perfect match for the terrifyingly competitive MJ. 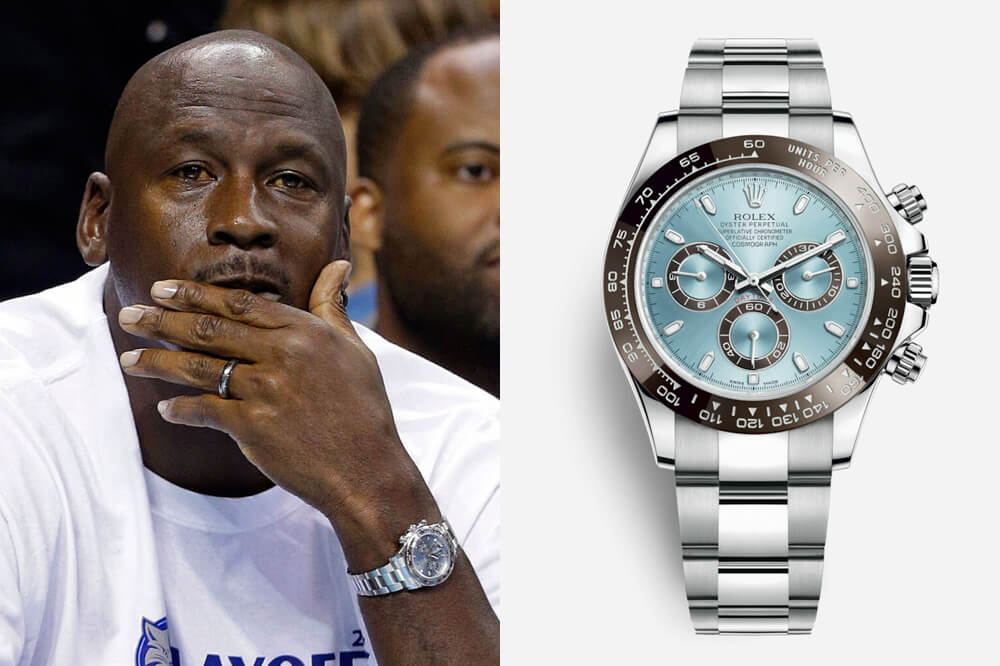 There’s nothing unusual about having a Rolex; every sportsman – and most collectors – seem to have a one or two. The reason this makes it into the top 5 though is because it’s, in our opinion, the loveliest modern Daytona Cosmograph of them all. The platinum case puts it at the top of the price pyramid, but it’s the icy blue dial that gets the slam dunk. We just can’t help wondering if the Greatest of All Time had to go on the Greatest Waiting List, too. 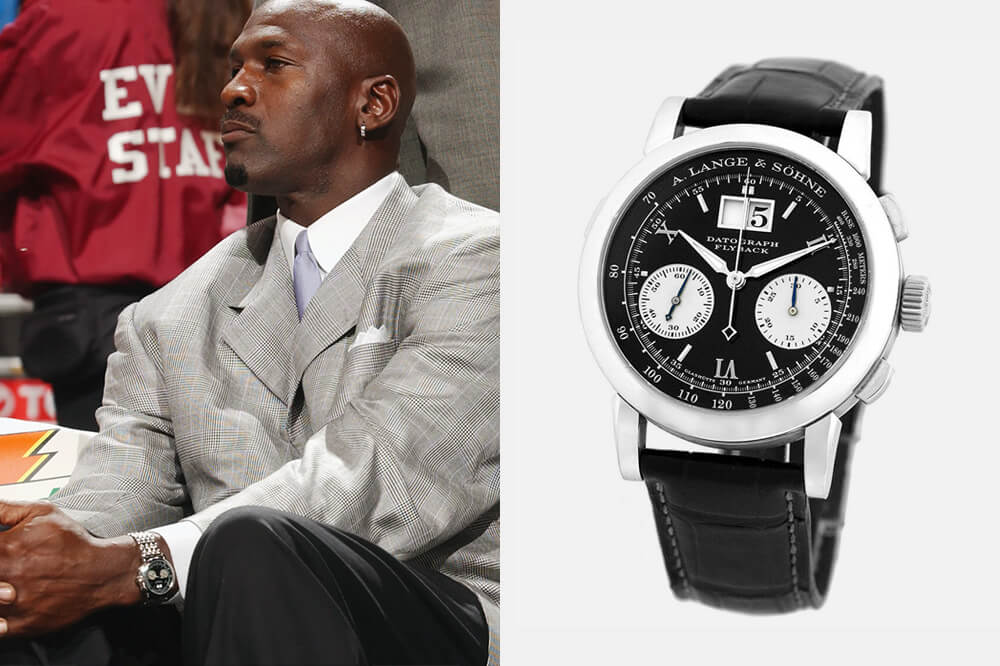 Classical horology defined, Lange’s are the kind of watches most collectors aspire to. MJ though got in on the act as early as 2002, just a year after the Glashutte-based watchmaker reopened after the iron curtain fell. That’s enough to put this platinum beauty in the top five alone; the fact that it’s one of the German brand’s finest designs (more-so than the Grande Lange) speaks volumes about Air Jordan’s impeccable taste. 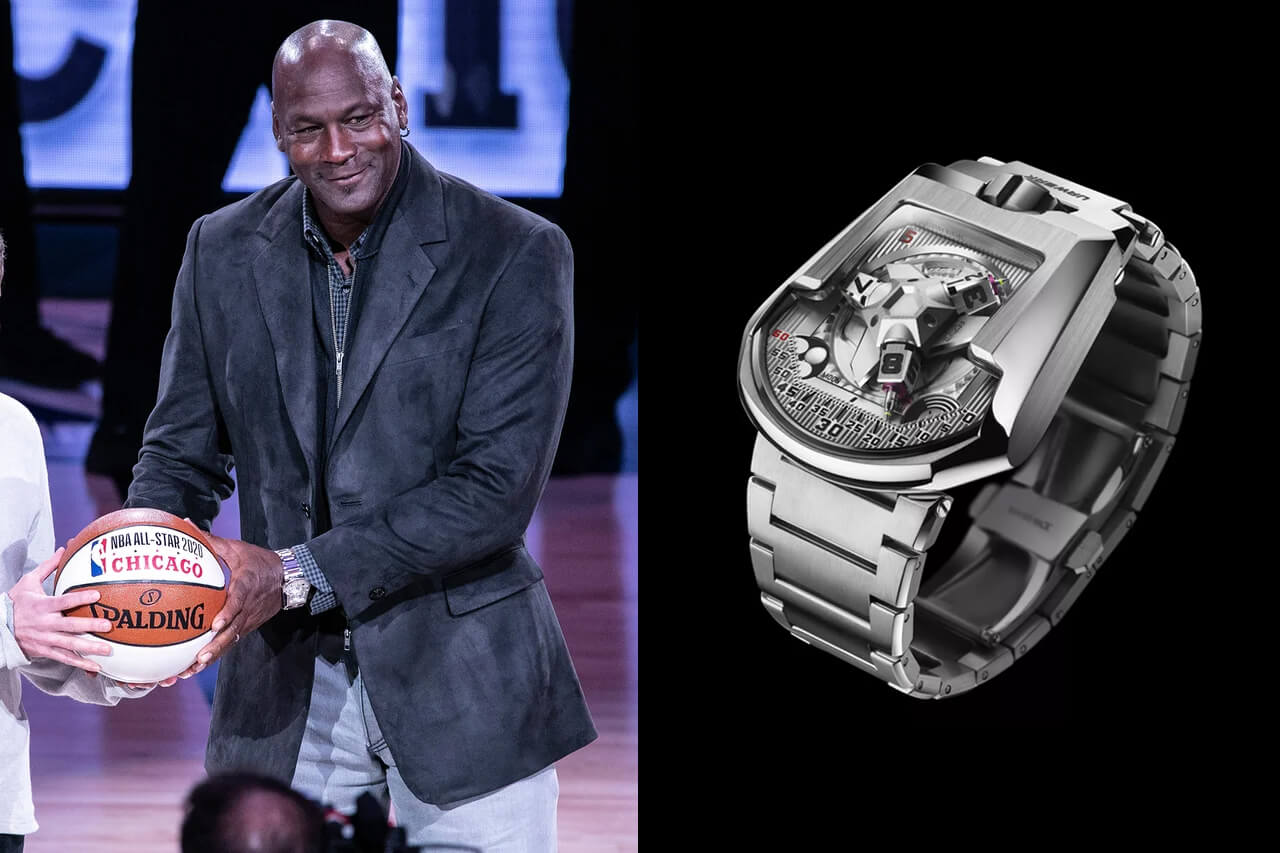 Big, innovative, unexpected, Urwerk’s very particular brand of watchmaking suites MJ down to a T. That’s why he doesn’t just have the cool, monotone grey UR-202 in his collection but a bench’s worth of the spaceship-shaped metallic monoliths. This is the standout though, even if the man himself makes the huge chunk of metal look tiny. You don’t fall in love with Urwerk without being a serious watch nut, so props for an under-the-radar pick there. 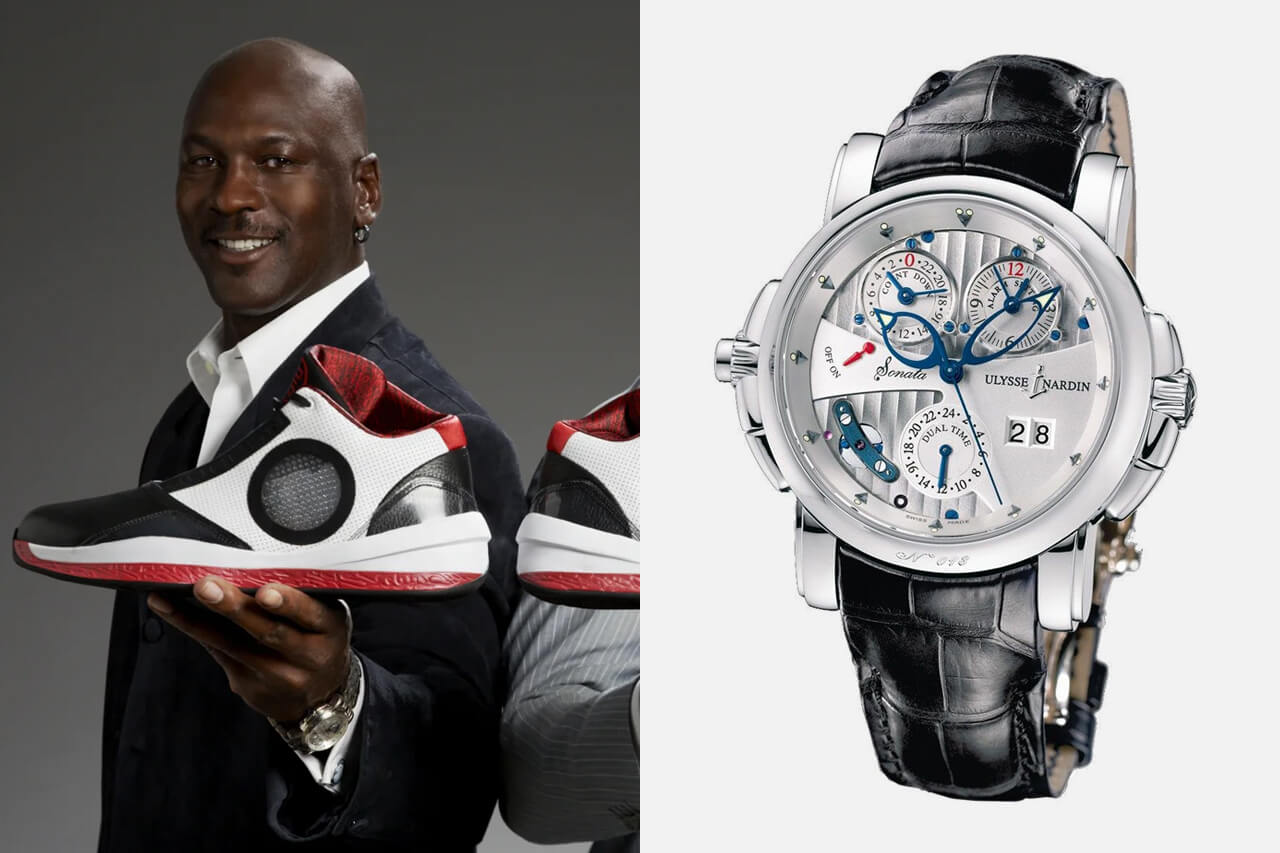 This is one of those rare things – like Jordan’s 69-point game against the Cavaliers in 1990 – that can be called a masterpiece. As the name suggests, this painfully contemporary piece of metal contains a cathedral-inspired gong for its minute repeater. Paired with an intensely technical dial and outlandish hands, this is definitely not baby’s first watch. You need to know your watches to even understand what you’re looking at.