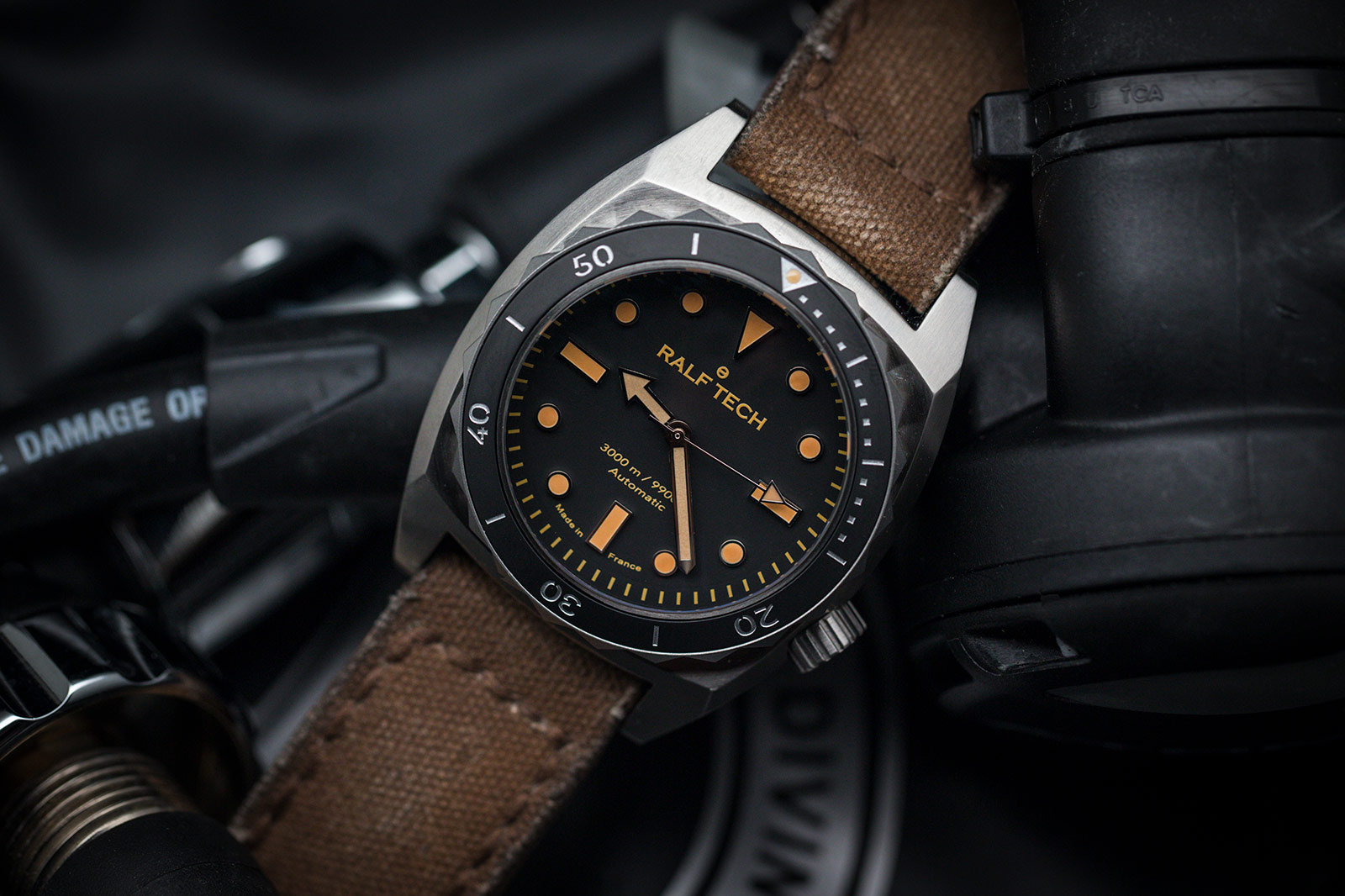 Sometimes trends are hard to predict simply because no one sees them coming and for 2022 the surprise trend has been ultra-deep dive watches. This trend started all the way back in spring, although we didn’t know it was a trend yet, with the launch of the Omega Planet Ocean Ultra Deep. However, following its launch we didn’t see another deep diver until November 1st and the Rolex Deepsea Challenge. And now thanks to Ralf Tech we have a third to add to the list of sub-3,000m watches released in 2022, a watch simply titled The Beast.

The Beast project began way back in 2019, a time when the world didn’t have Covid or Invasion of Ukraine in its vocabulary. Inevitably those two events just mentioned resulted in a delayed development and production period. However, Ralf Tech did not spend that time idle. Instead, they worked alongside submarine manufacturers and professional divers to test prototypes and see how far they could push their water resistance ratings. 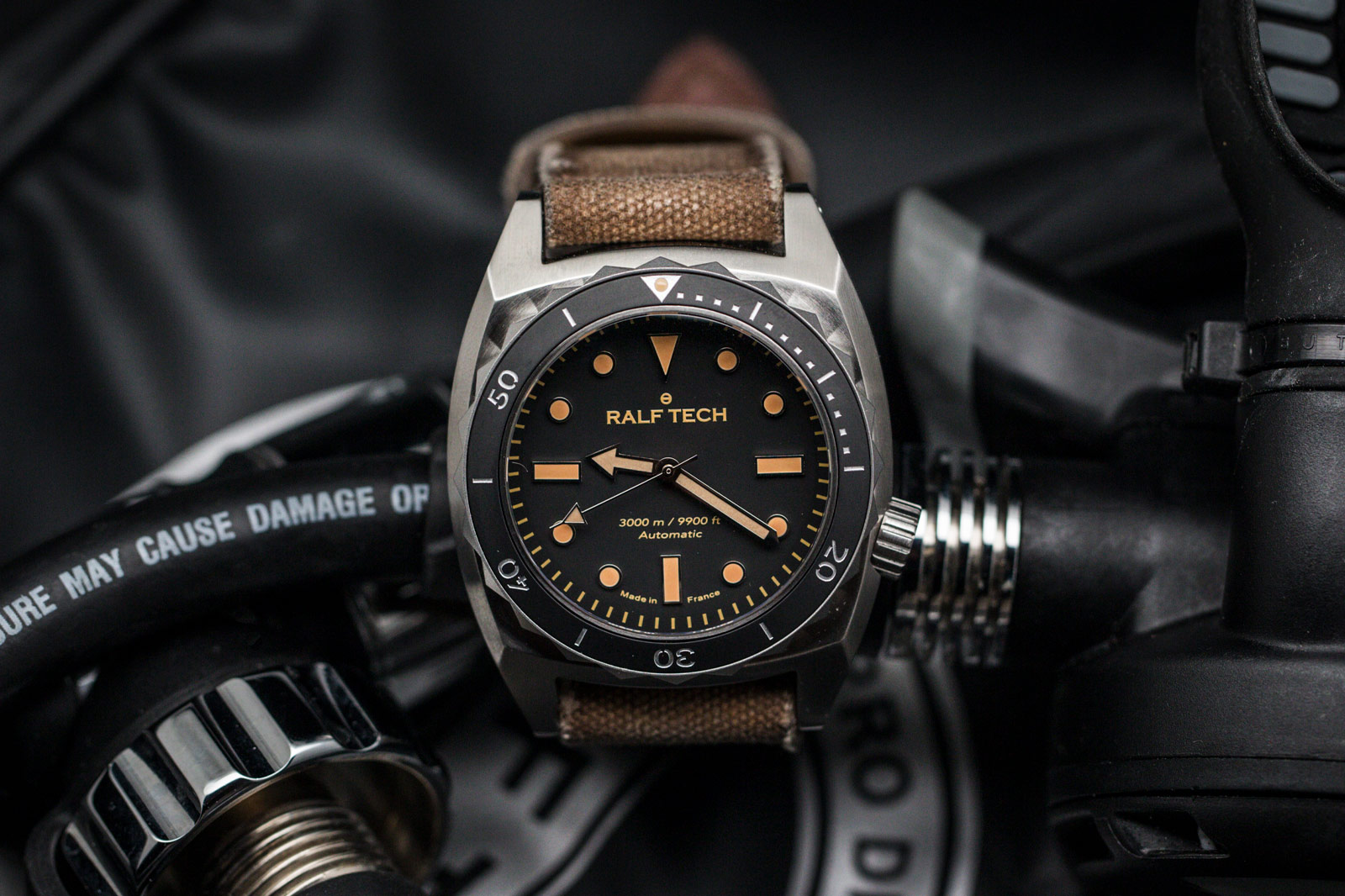 As a result of this, The Beast is certified to a water resistance rating of 3,000m. Although, during research it survived a static pressure equivalent to a depth of 4,000m, which is deeper than the average depth of the world’s oceans. Of course, the primary factor in a watch’s water resistance is its case and The Beast has a totally new design from Ralf Tech.

Immediately the first thing to note about The Beast’s case is that it is huge, in either steel or steel with black PVD. To be specific it’s 47.7mm in diameter, which Ralf Tech coyly try to play off as ‘reasonable’ dimensions. To be fair to them, we all understand that there are certain requirements a watch needs in order to survive the darkest depths and evidently size is one of them, parts of the stainless steel structure are 12mm thick in places. 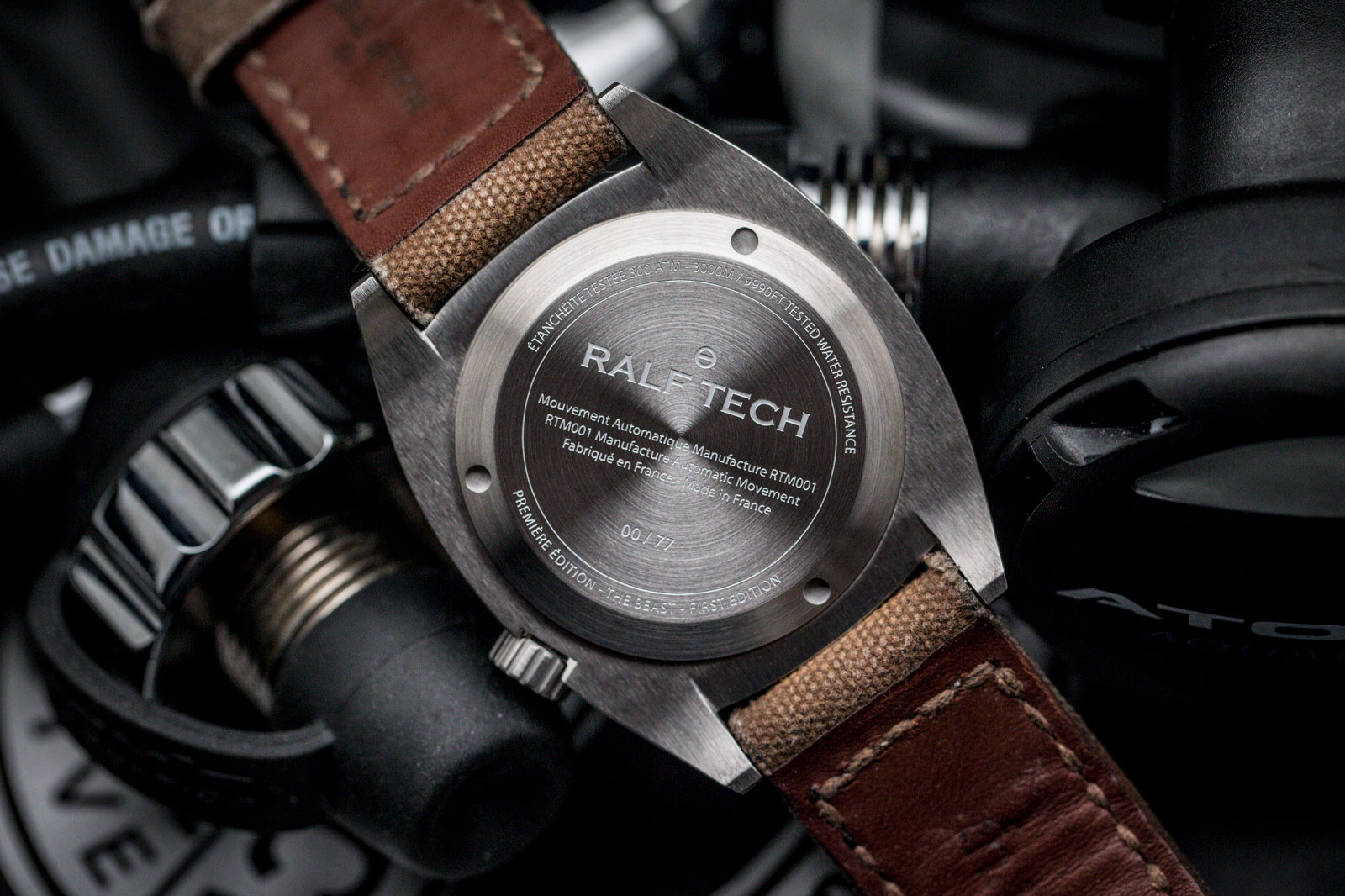 In terms of the case’s construction there are a few key things to point out. First is its shape, it’s a sort of hybrid between a tonneau timepiece and a cushion. Its silhouette is sweeping and round like a Seiko Turtle but the design itself is facetted to create a cushion-like profile below the bezel. The bezel is the second element I want to highlight as it’s totally new as well with its matte ceramic insert and triangular shaped grip, engineered for optimal use underwater.

Lastly, the solid caseback is secured using Ralf Tech’s “encapsulation” technology, which they introduced in 2019 on the WRX model. It means the back of the watch is sealed to the case for supreme water resistance and also negates the need for a helium escape valve. One consideration to bear in mind is that only Ralf Tech has the capabilities to open the watch should any maintenance be required, so it’s not as simple as sending it to your local service centre. 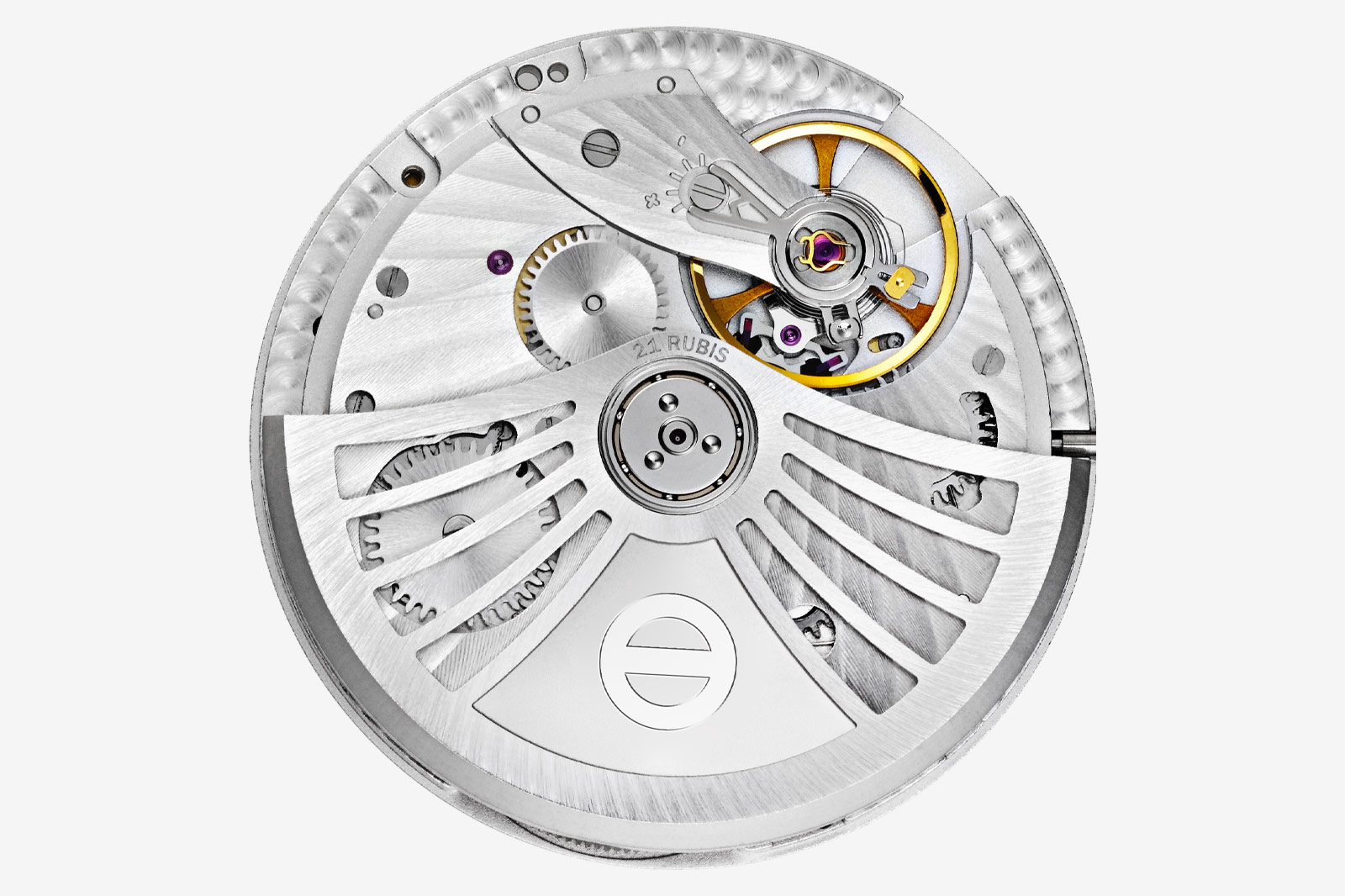 Considering the amount of mechanics involved in the case alone, they’ve kept things simple with the dial, although it is totally new for Ralf Tech. It’s a very classy retro-diver inspired design with circle, triangle and rectangle indexes coated with old radium style superLuminova. It’s a tried and tested design and I’m glad they’ve used it here.

Inside, The Beast houses the RTM001 automatic movement, a new calibre from Pequignet. We recently covered the new Yema Wristmaster that had a new movement with 80% French components and were suitably impressed, the RTM001 has one-upped them by using 100% French components. France, it seems, is doing their best to catch up to their Swiss and German neighbours. It’s also an impressive movement with a 77-hour power reserve, the largest reserve in any French calibre. 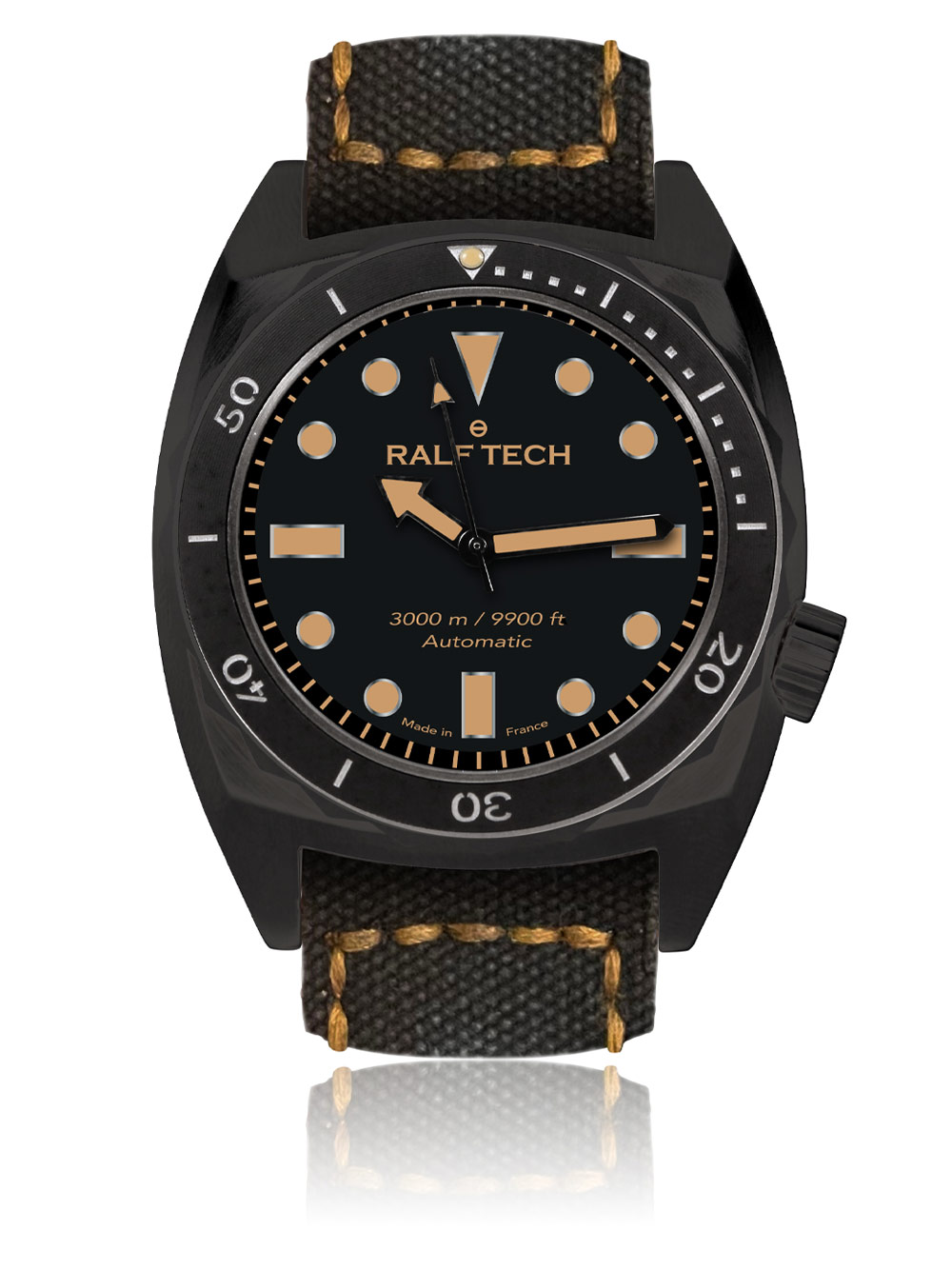 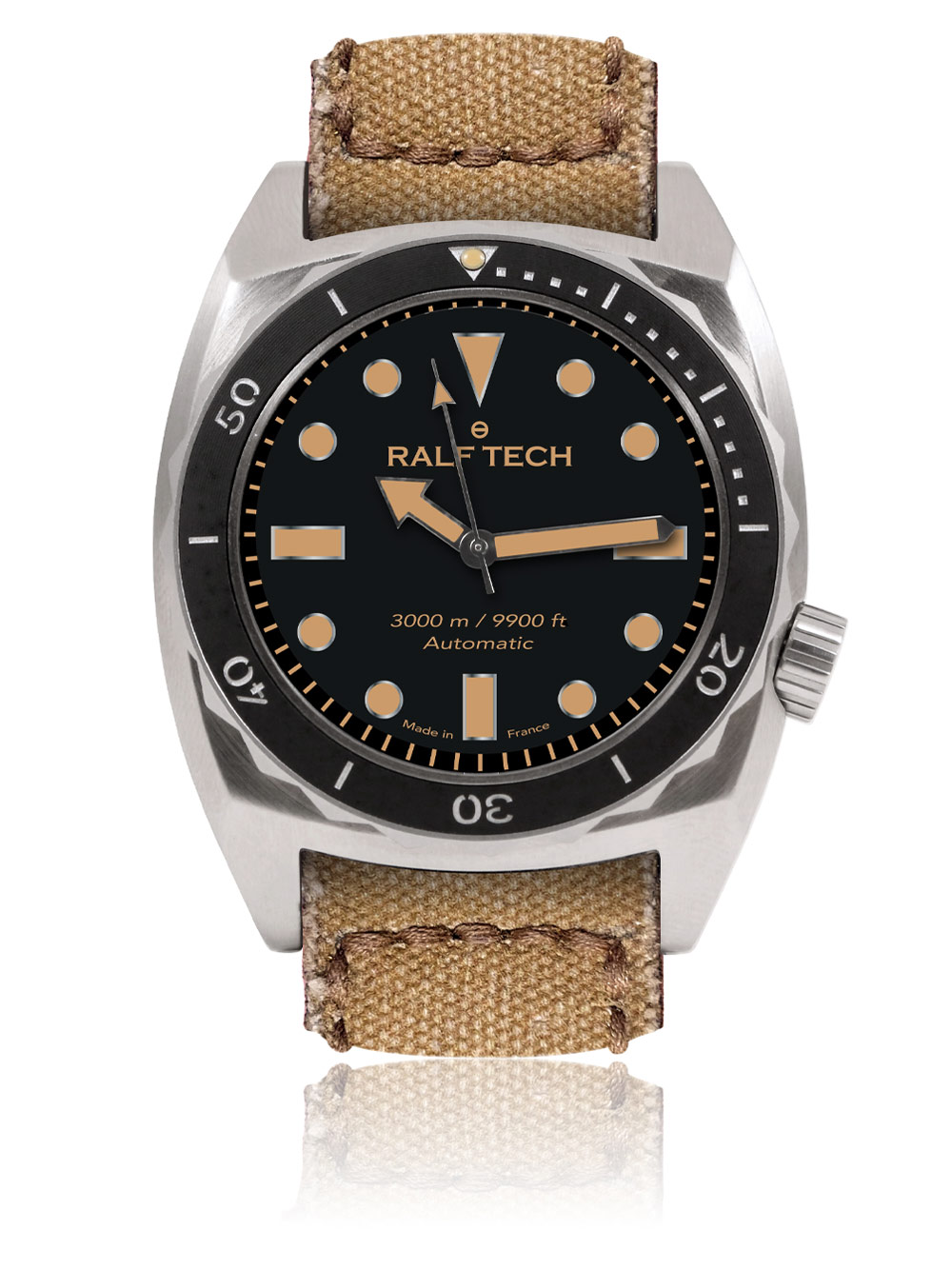