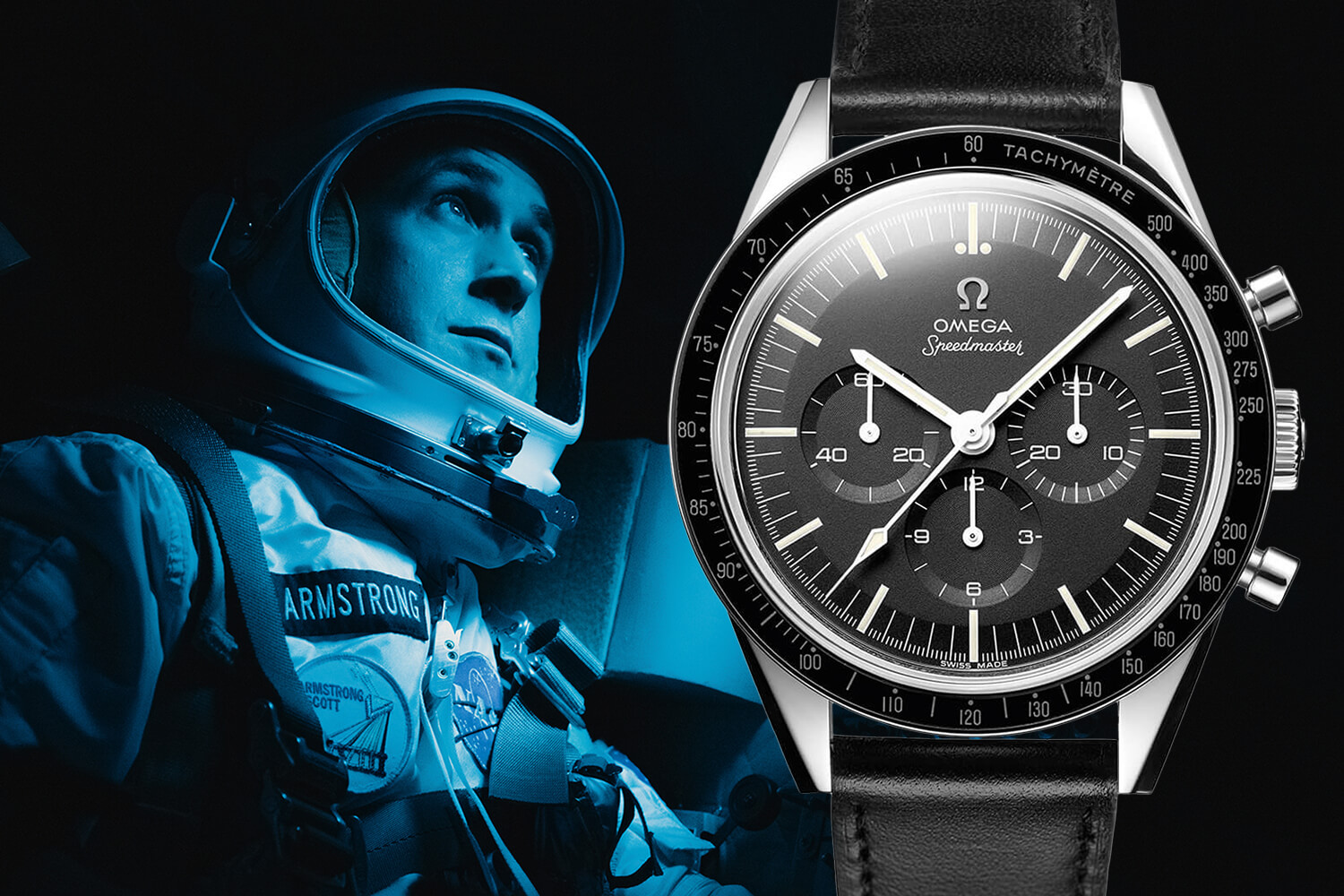 You must have some serious balls to be the first man on the moon. It seems like such a glorious achievement in hindsight – and it is, conspiracy theories aside – but at the time the tension must have been bordering sheer terror. It shows the resilience of the handful of men tasked with the first lunar landing, as does the latest film from La La Land director Damien Chazelle, along with his favourite ultra-violent driver come struggling Hollywood musician, Ryan Gosling.

If you know anything about watches, you already know what watch is given a starring role in the space race spectacular. Omega has been going on about it since Apollo 11 first touched down and Neil Armstrong waddled out into the dusty unknown, followed by the inimitable Buzz Aldrin. It’s a watch that takes its moniker from the event: the Speedmaster – or, as people have come to call it, the Moonwatch. 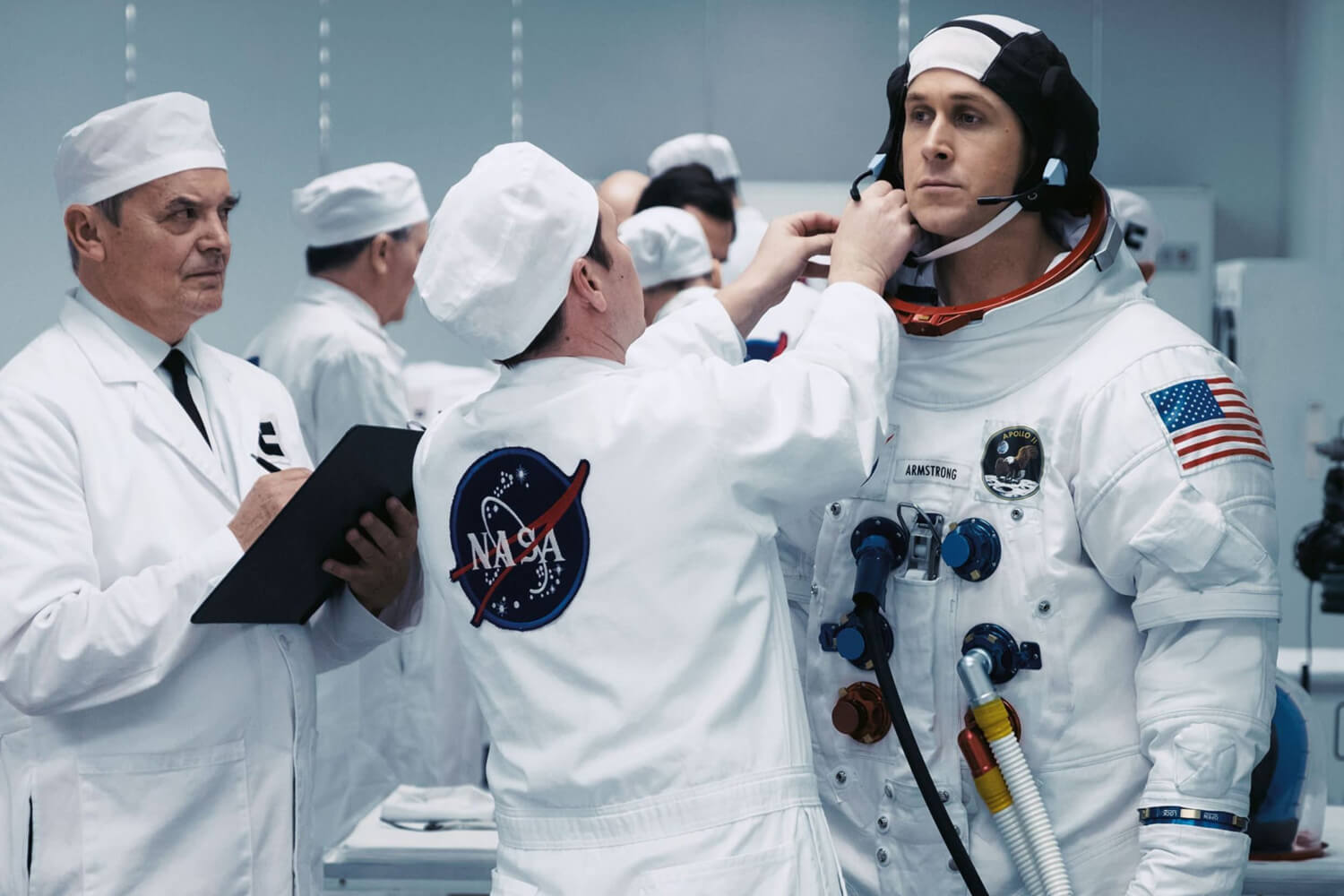 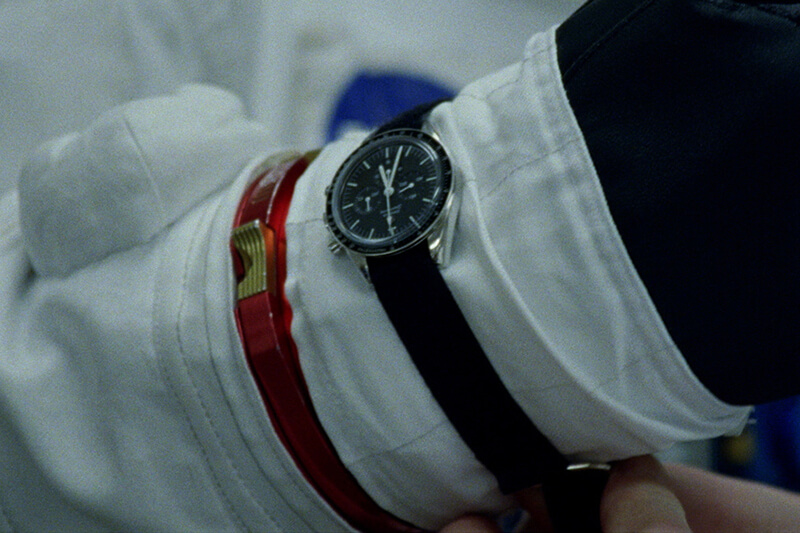 The Moonwatch has remained a staple of the Omega line-up; the Moonwatch Professional even maintains the original movement and plastic rather than sapphire crystal. Even so, the movie turns to the true original Omega Speedmaster ST 105.003.

There are plenty more vintage Omegas dotted around, including an Omega CK 2605 and a chunky stopwatch for the NASA engineers. Still, it’s obvious who the horological headliner is as the lunar lander touches down, and a Hollywood interpretation of Buzz Aldrin takes a giant leap for mankind – and it sure isn’t Ryan Gosling.