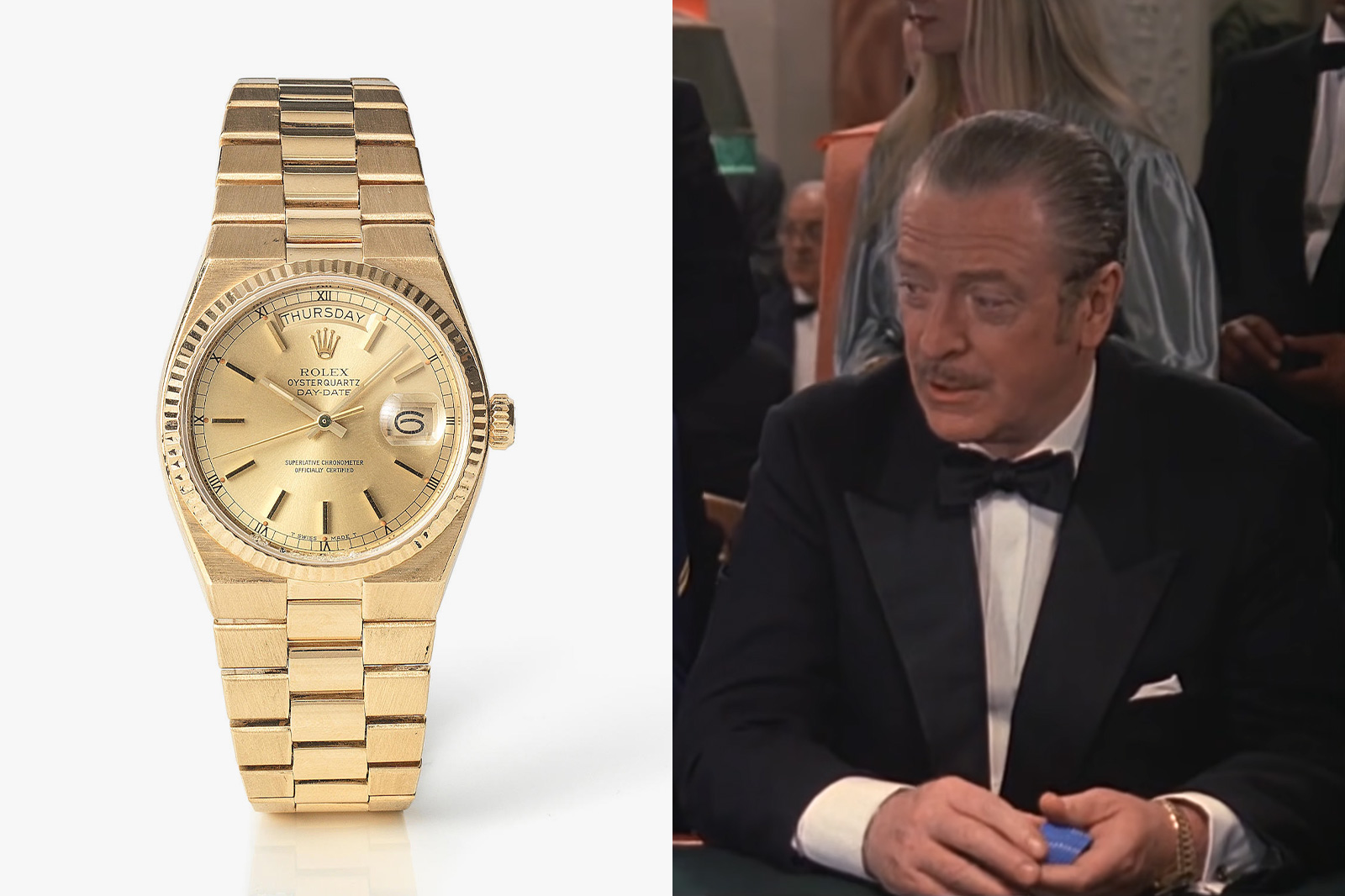 Sir Michael Caine is to film what the late Sir Anthony Sher was to theatre. Titans of their field whose skills and performances are only matched by their back catalogue of work. Caine has appeared in 130 films over six decades. And one of his constant companions on that journey, at least since the mid-1980s, was his solid gold Rolex Oysterquartz Day-Date. And now that very watch can be yours, as it’s up for auction at the Bonhams Sir Michael Caine Personal Collection sale on March 2nd.

These days a quartz Rolex sounds a bit odd, after all they haven’t made a new one in over two decades. However, back in the 70s, quartz was a new and exciting trend and all the major watchmakers experimented with the technology. The result for Rolex was the Oysterquartz, which like many vintage Rolexes at the moment is seeing a resurgence in price and desirability. 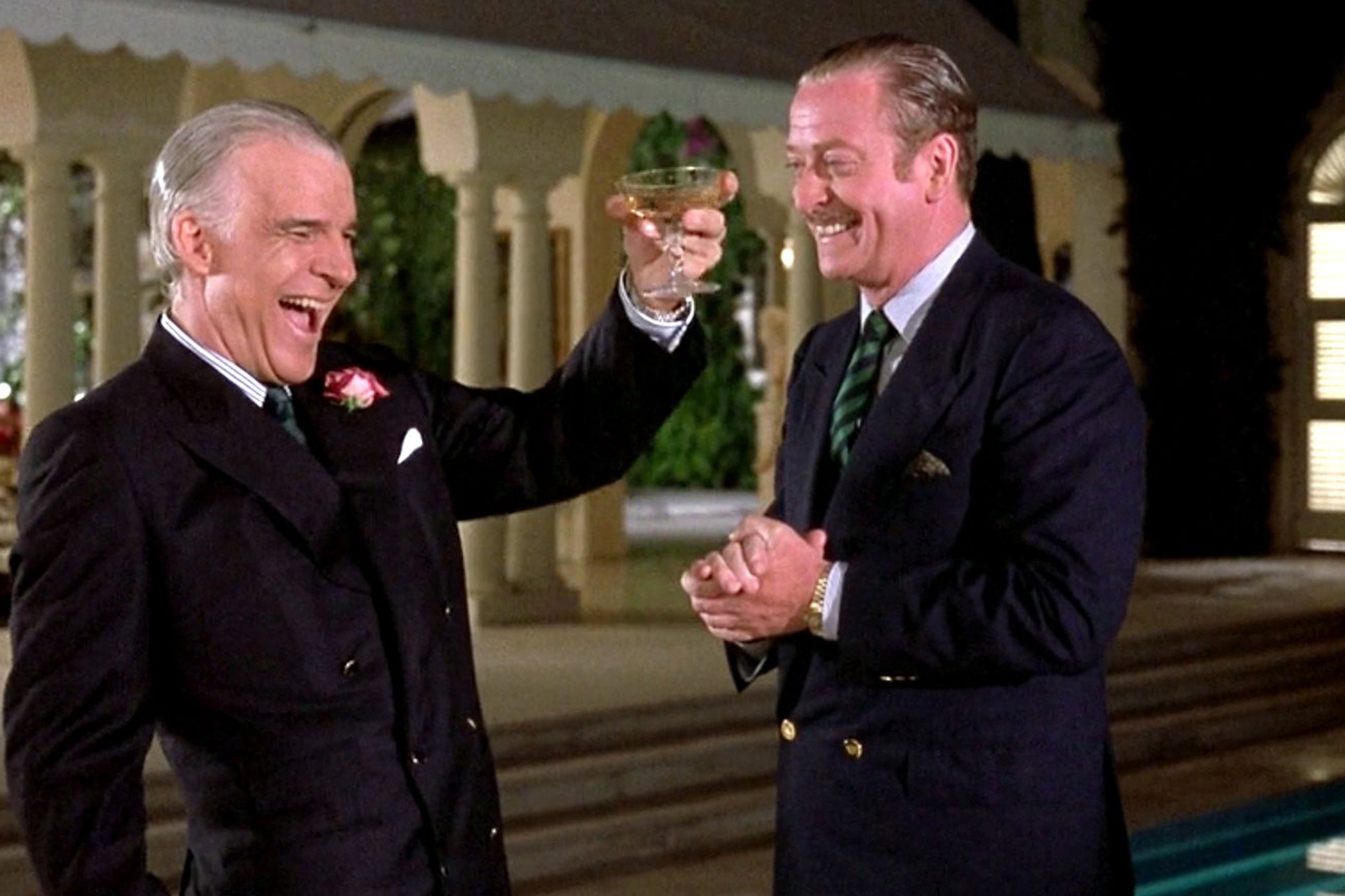 Caine’s gold Day-Date Ref. 19018 from the 80s has a vintage style tonneau case with a sporty, quasi-integrated bracelet and the titular Day-Date function set at 12 and 3 respectively on the gold dial. It’s a great example of the Oysterquartz and looks to be in pretty good condition with only the odd nick and chip on the crystal and fluted bezel. But then, you wouldn’t be buying this watch for its pristine condition, it’s desirable because of who owned it. Plus, it also had its own screen time in the 1988 film Dirty Rotten Scoundrels. 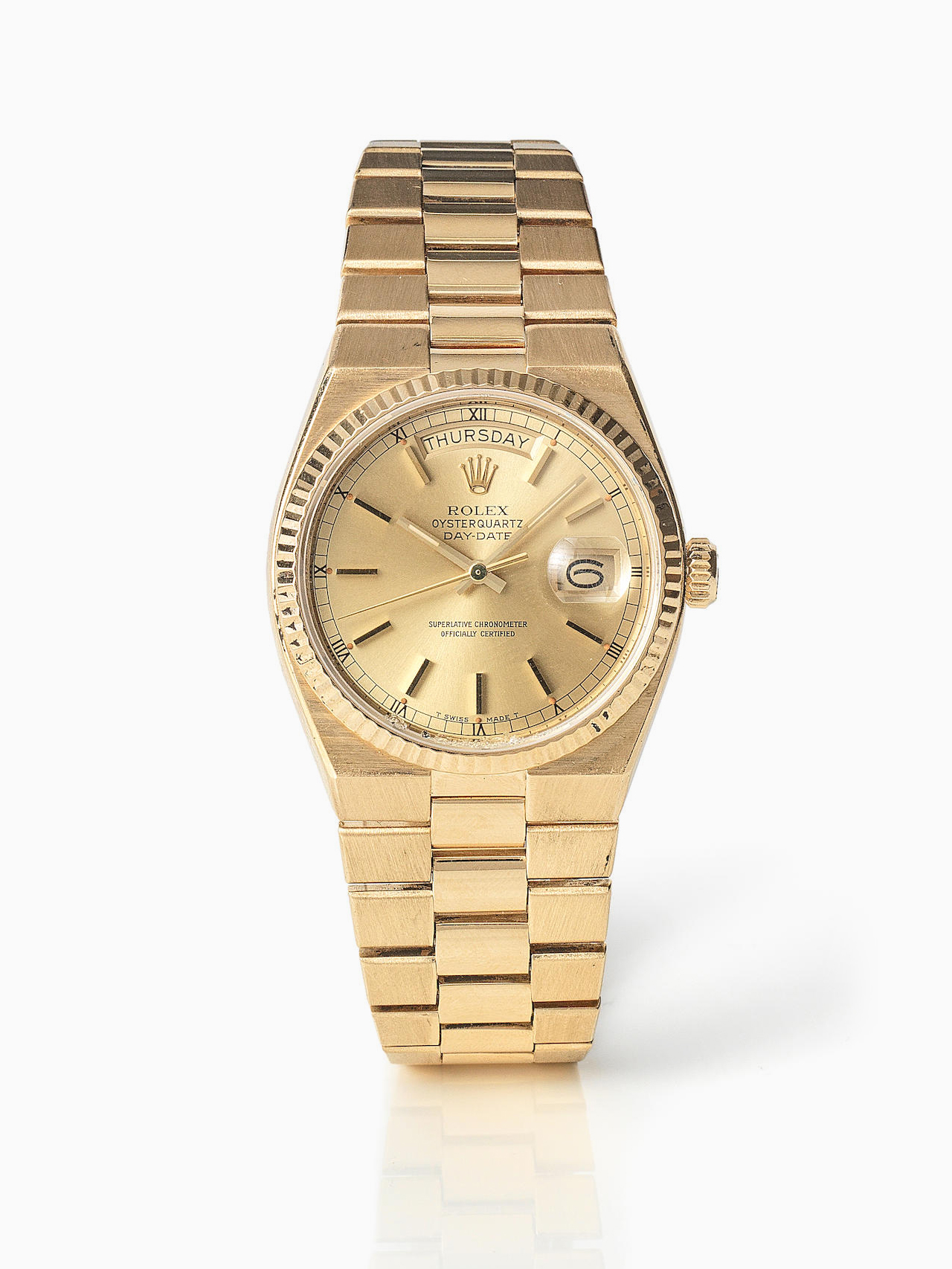 The reason Caine gives for selling many of his prized possessions, including the Rolex, a pair of his signature glasses and several notable artworks, is that he and his wife are downsizing with the aim to live at a more leisurely pace. If the sale goes well, he’ll gain quite the respectable nest egg with which to settle down. The Rolex alone has an estimate of £8,000 – £12,000, although take that with a pinch of salt, you know how auction estimates are. It’s sure to provide yet more proof, if it was needed, that Rolexes are a solid investment for your future.

More details at Bonhams and for the full collection, click here.