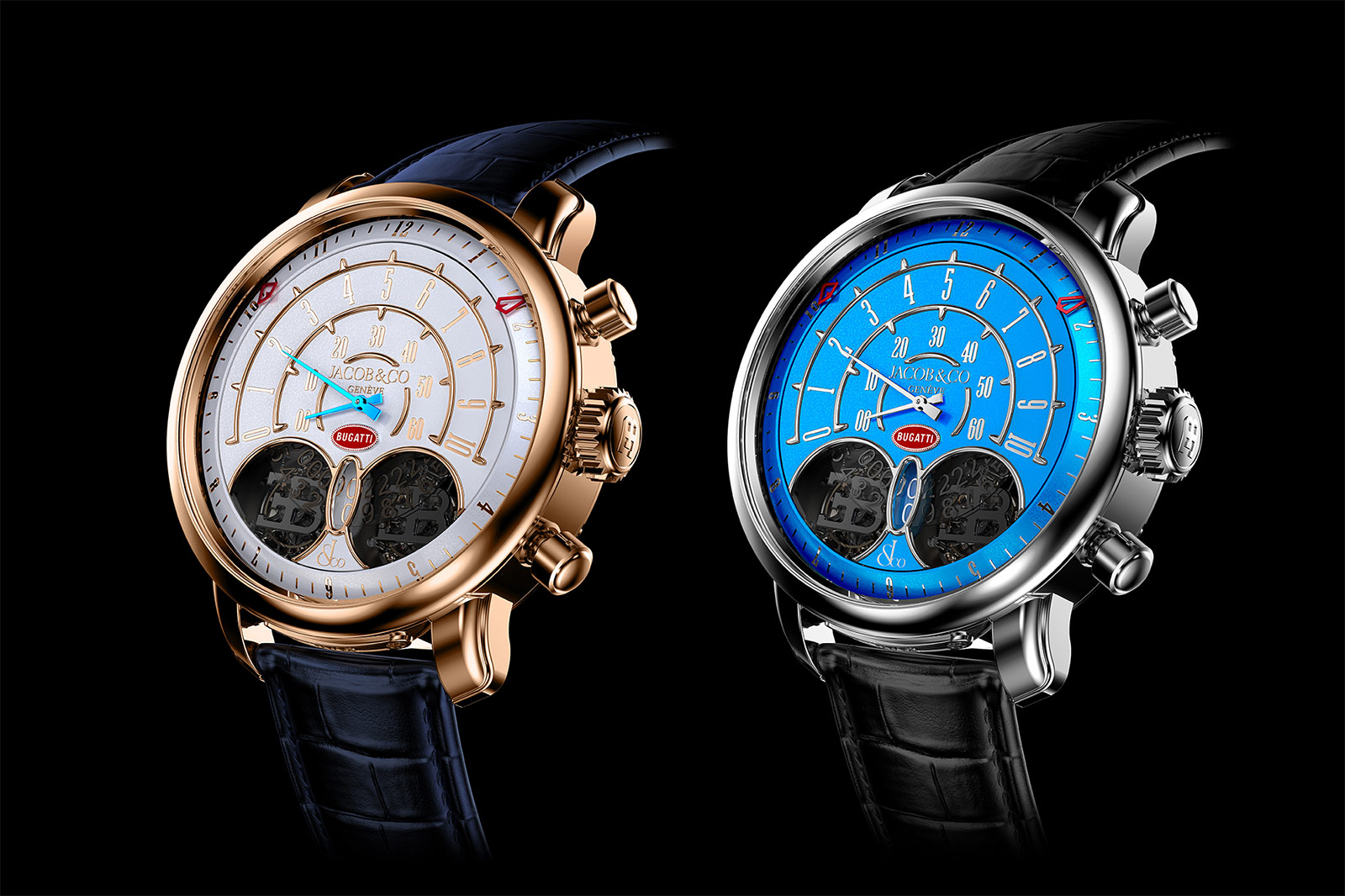 If you don’t know anything about Jacob & Co. here’s the key information: they’re a rapper’s dream, Connor McGregor owns multiple and they’re known for being visually and mechanically outlandish and lavish. A prime example of this is Jacob & Co.’s collaborations with Bugatti, which are designed to look like an engine.

It stands to reason the latest collaboration between the two is a piece of similarly petrol fuelled horological insanity, but you’d be wrong. The Jean Bugatti Tourbillon Chronograph is a retro inspired watch that’s positively classical by Jacob & Co. standards. The watch honours Jean Bugatti, the son of Ettore Bugatti, the man who founded the company in the same year Jean was born. Later in his life Jean would design the Type 57SC Atlantic, the world’s most expensive collector’s car. 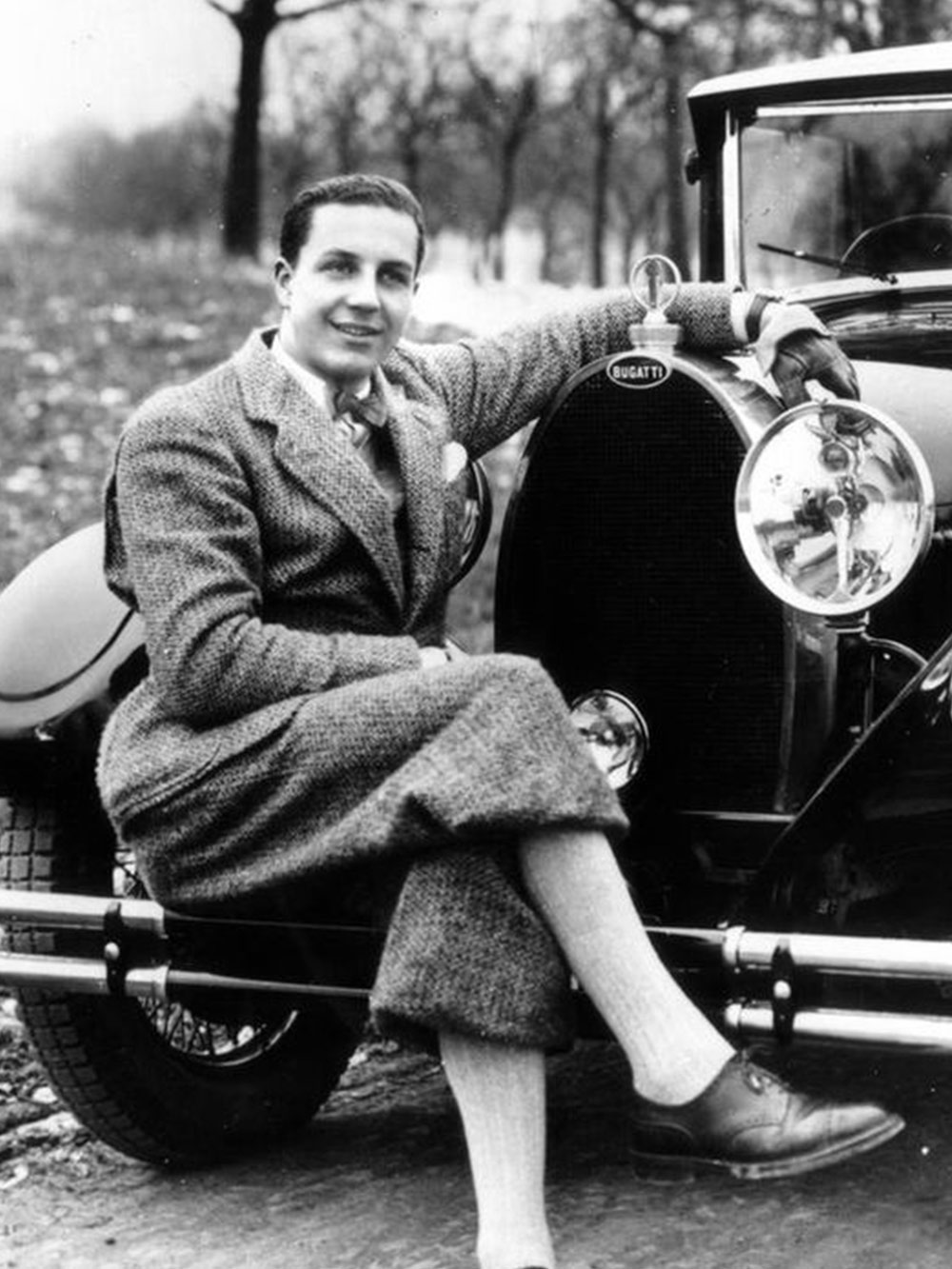 Jean Bugatti was the eldest son of the company founder, Ettore Bugatti, and a famous car designer.

A leading factor in its classic flavour is the fact the case is round – not engine shaped and not a large dome like the Jacob & Co. Astronomia collection. It’s a simple 36mm diameter circle with a round bezel and a height of 16mm in either white or rose gold. Even the lugs are quite subtle, as are the retro mushroom pushers. 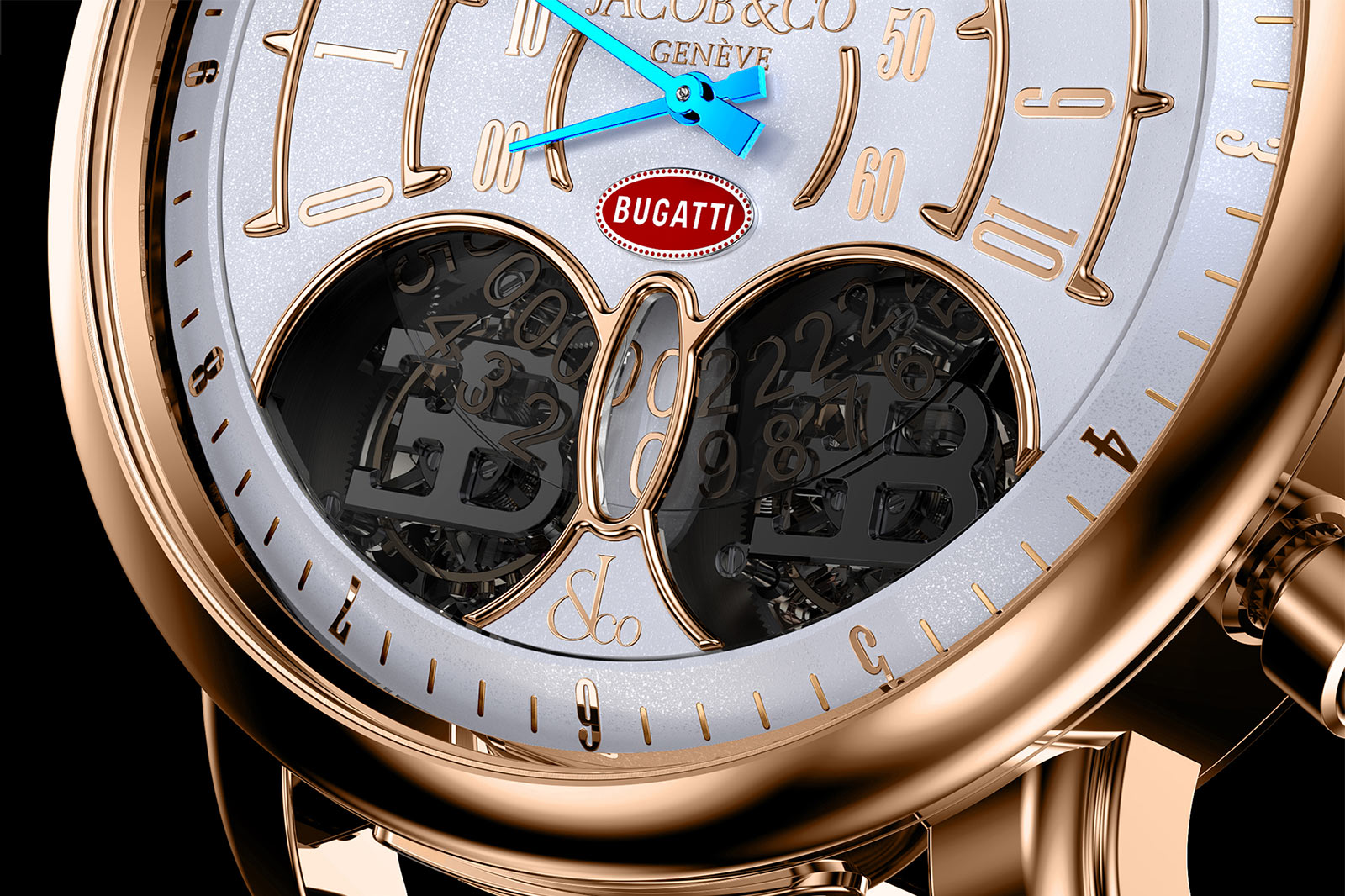 The dial is also atypically classical in its finish. There’re two openworked circles revealing a pair of floating tourbillons but other than that there’s no skeletonization. And the rest of the display consists of applique numerals and scales against the cream or blue dial. The colourways are specifically cream for the rose gold version, blue for the white gold. 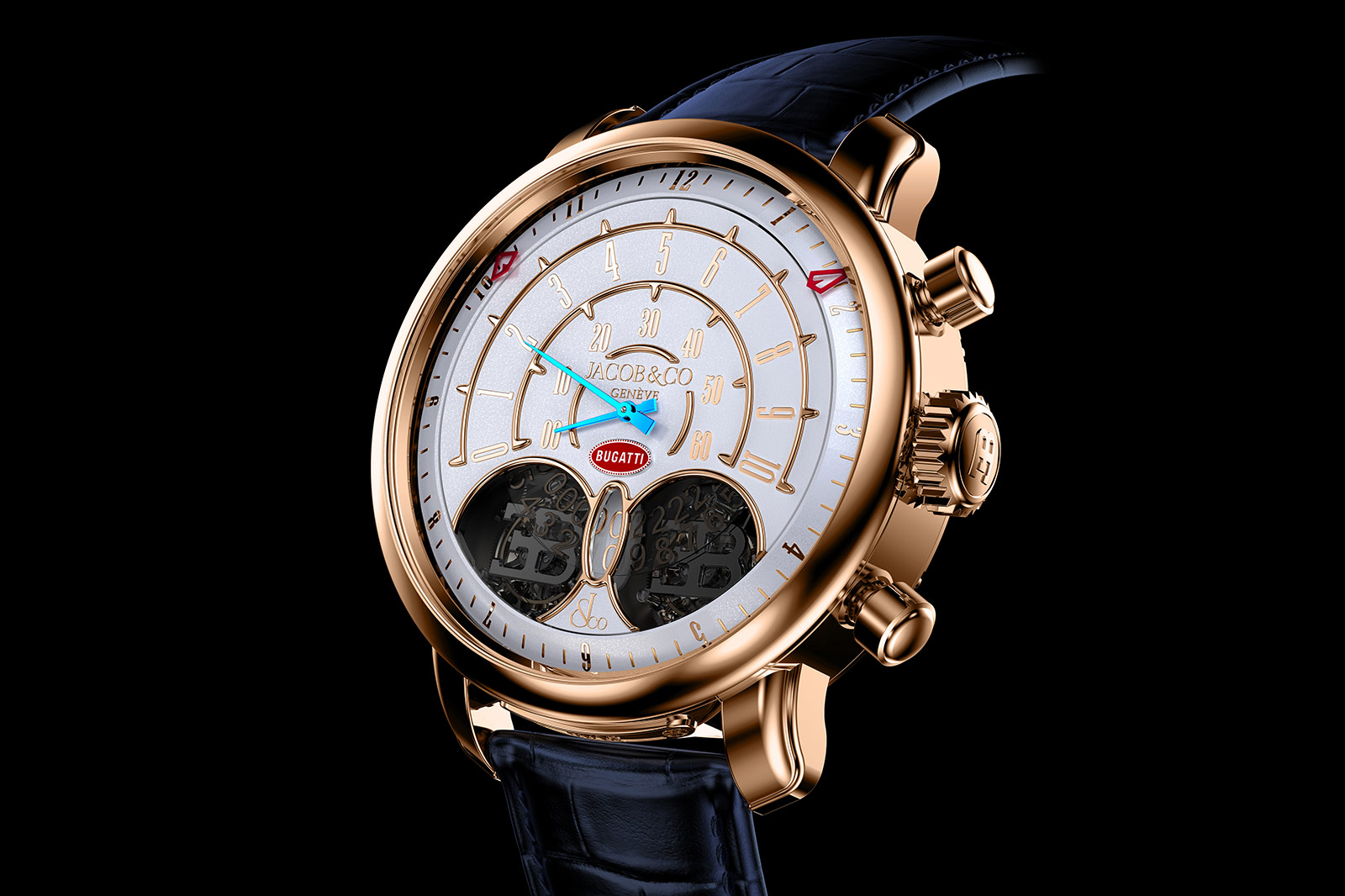 However, when you break down the dial further, it strays further and further from classic. In the centre are a pair of retrograde chronograph seconds hands. Together the two hands form a 60-second timer with the longer hand denoting the units and the shorter one the tens. Retrograde scales are most commonly used to evoke images of a car’s dashboard counters and with two of them working in tandem, the Jean Bugatti Chronograph is definitely going to feel as frenetic as a race car. There’s also a digital 30-minute timer tucked vertically between the two tourbillon windows. 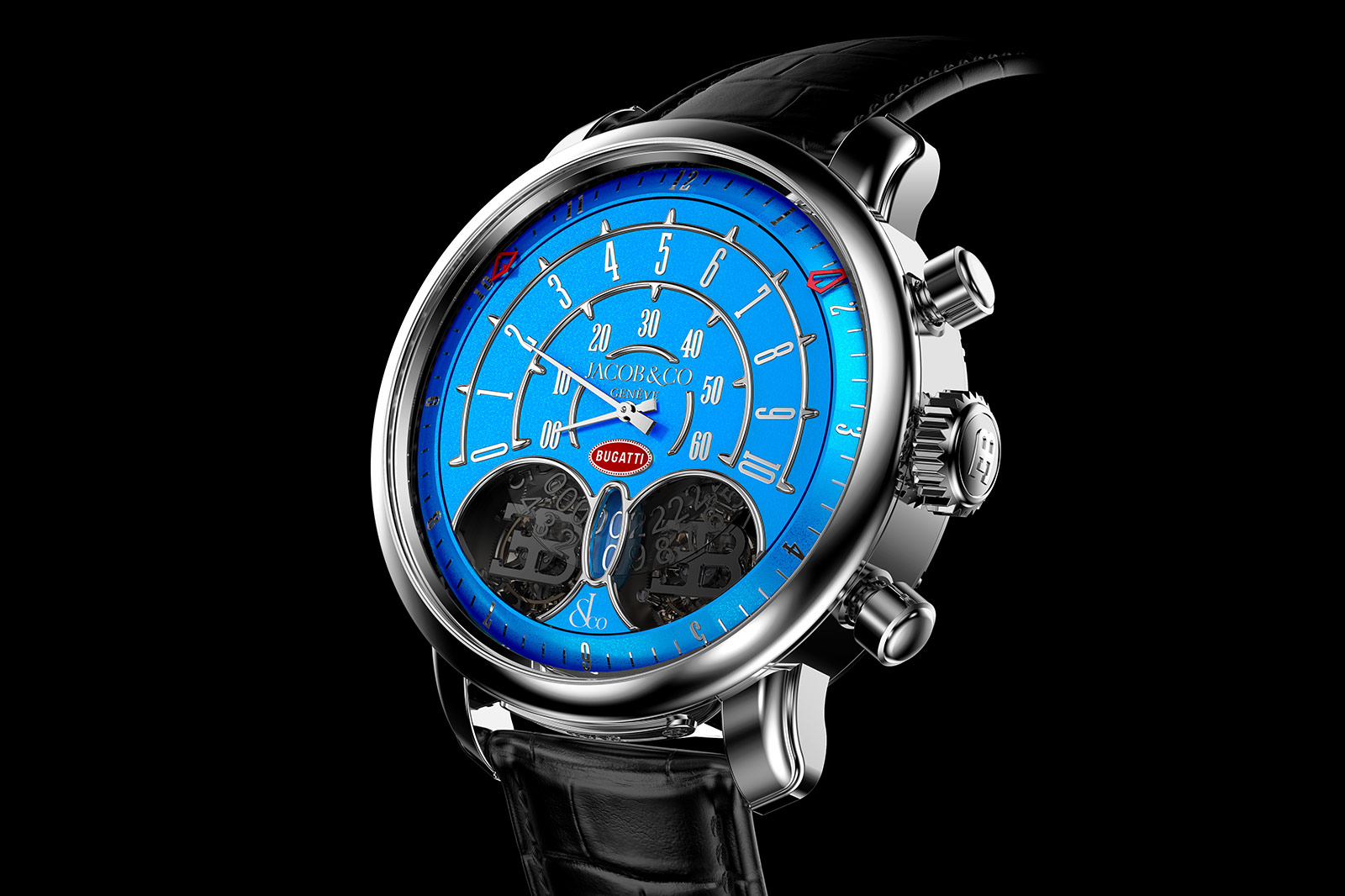 As for conventional time, meaning hours and minutes, that’s told via the peripheral scale. The hour and minute hands are a pair of red triangles that orbit the watch. So on the whole, while the style of the display is refined, the functions are as gloriously mad as always. At full chat it’s sure to be a spectacle. 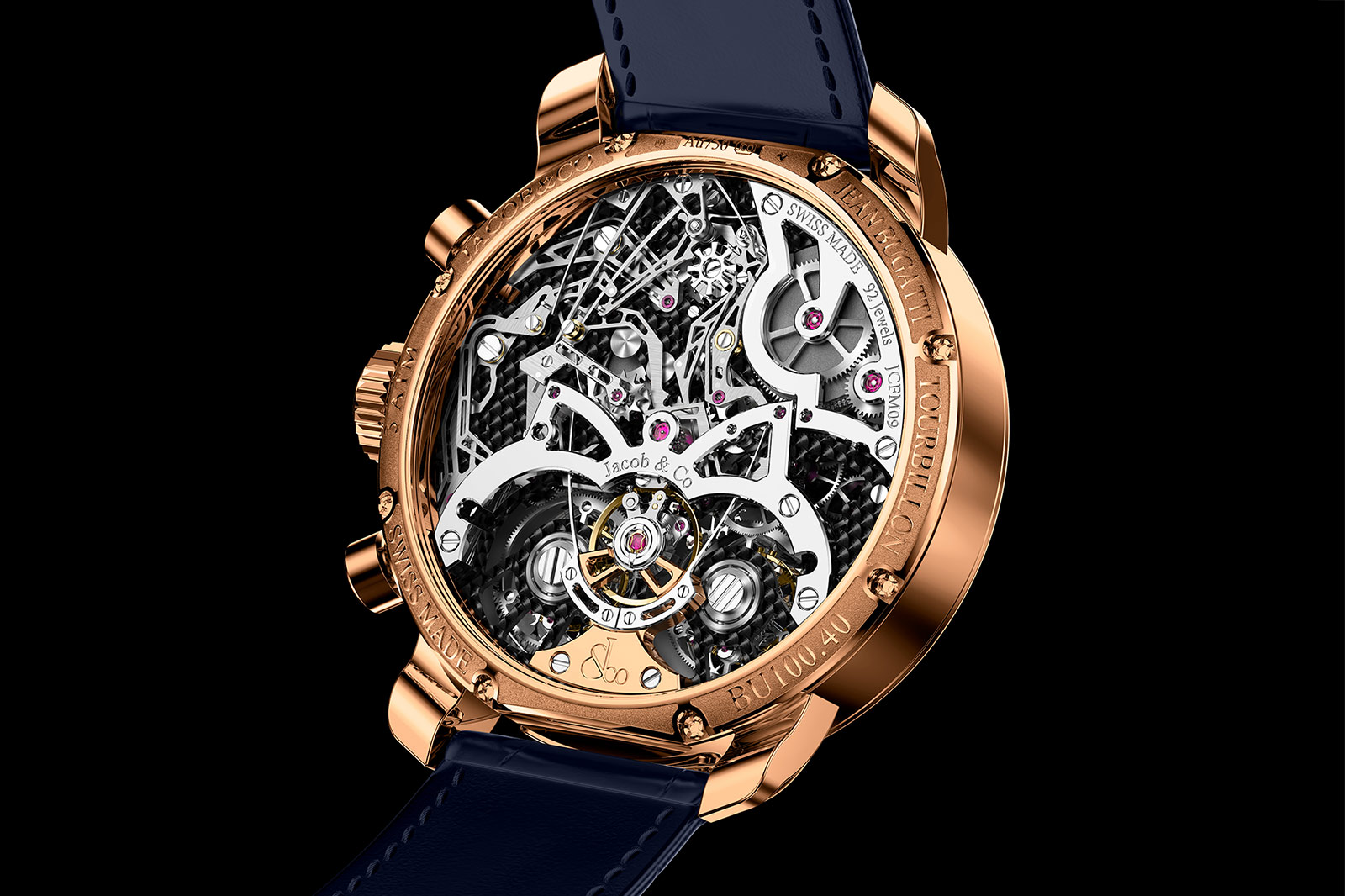 The movement that controls the myriad functions is the JCFM09 manual. It consists of the dual 1-minute tourbillons, bi-retrograde chronograph and peripheral hours and minutes. In terms of power reserve, it has 48-hours, which is pretty good considering how much is going on and the fact the movement maintains a thin profile.

Both versions, white gold and rose gold, are limited to just 57 pieces, which is a reference to the legendary car Jean created. As for the price, well the landmark Bugatti Veyron was famously $1million and for that money you’d be able to buy four Jean Bugatti Tourbillon Chronographs at $250,000 each (approx. £190,350).

Share the post "Is the New Jacob & Co. Jean Bugatti Tourbillon Chronograph Their Most Classical Timepiece to Date?"