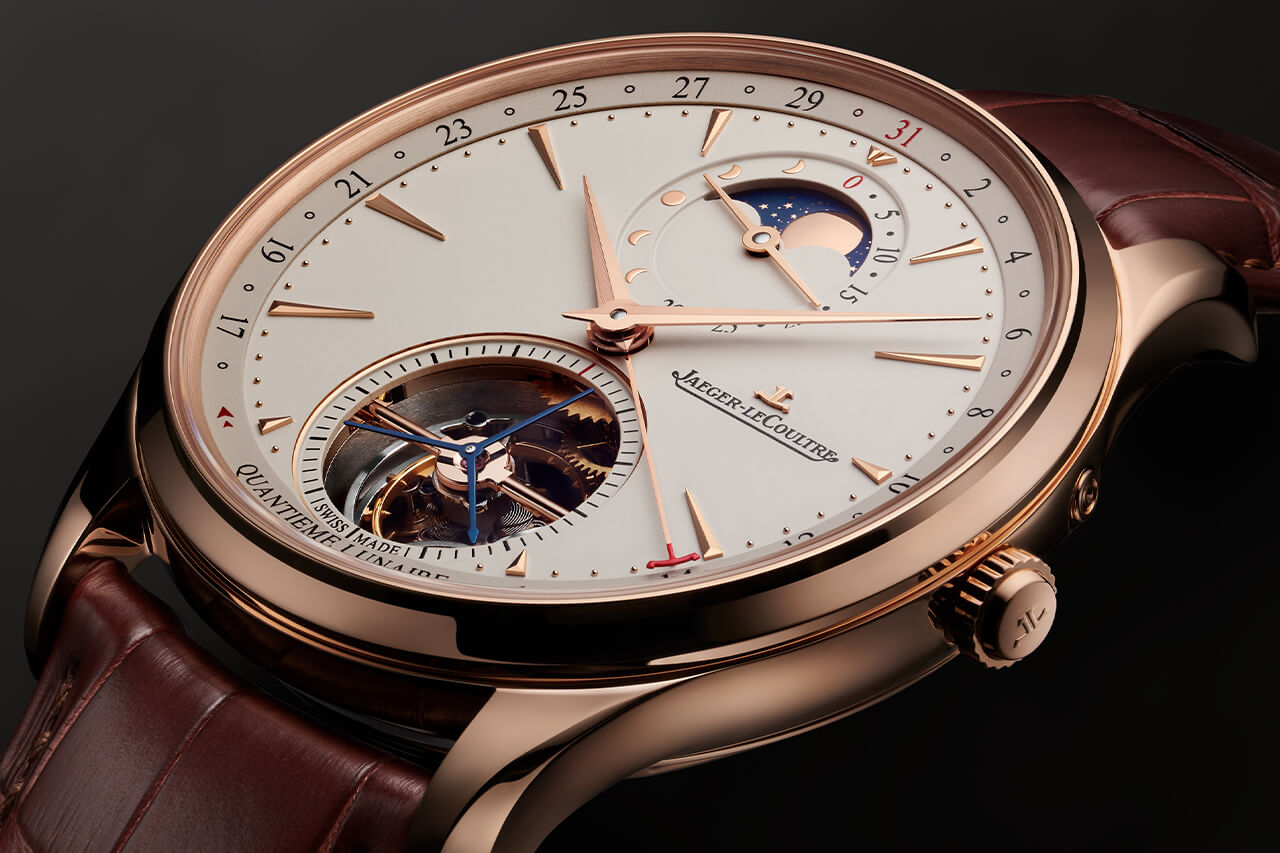 You could argue that Jaeger-LeCoultre has created this watch to bring together two of horology’s most visually compelling features, the tourbillon and the moon phase, but frankly I just like the way Tourbillon Moon sounds. That’s reason enough as far as I’m concerned.

The Master Ultra Thin Tourbillon Moon has its origins in the Calibre 978, the chronometry prize-winning, 7.1mm-thick automatic tourbillon movement that made its debut in 2009 inside the Master Tourbillon. But simply building complications onto an existing movement is a surefire way to add depth and, this being a watch bearing the Master Ultra Thin name, that simply wouldn’t do. 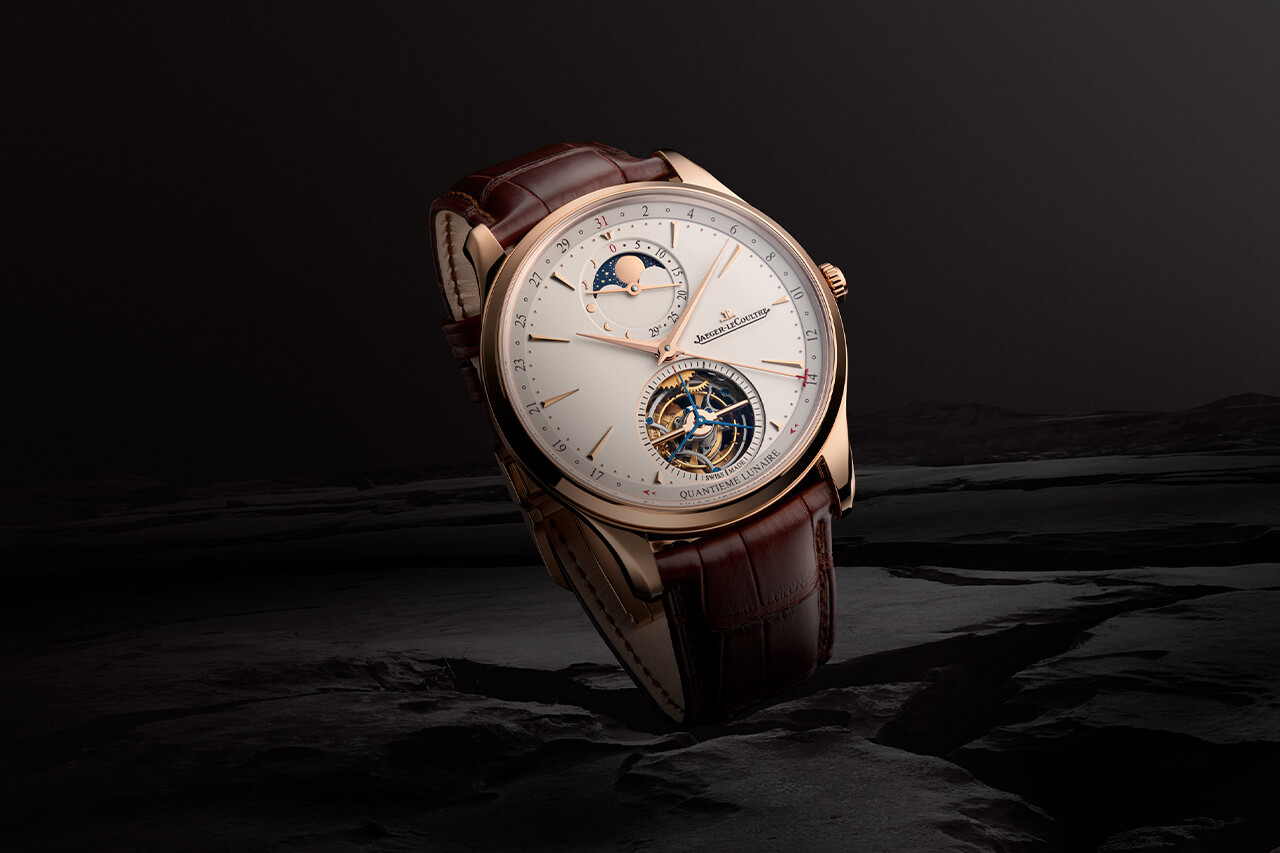 Instead, Jaeger-LeCoultre took the 978 as inspiration and developed the new Calibre 983, integrating a triple moon phase and a jumping pointer date. But the presence of the tourbillon at the six o’clock interrupts the flow of the date scale which runs around perimeter of the dial on a dedicated ring so, once a month, the date pointer leaps over the tourbillon in a single 90-degree movement, advancing from the 15th of the month to the 16th, which adds further animation to an already visually interesting piece.

The Triple Moon Phase is another recent Jaeger-LeCoultre development, debuting last year, which displays the age of the moon as well as its phases in both Northern and Southern hemispheres on the watch’s eggshell dial. It does so neatly, using the tradition moon phase disc to display the phases of the Northern Hemisphere and a double-ended hand pivoted at its centre, which allows either end to read off against two semi-circular scales for the age of the moon and the phase of the Southern Hemisphere. 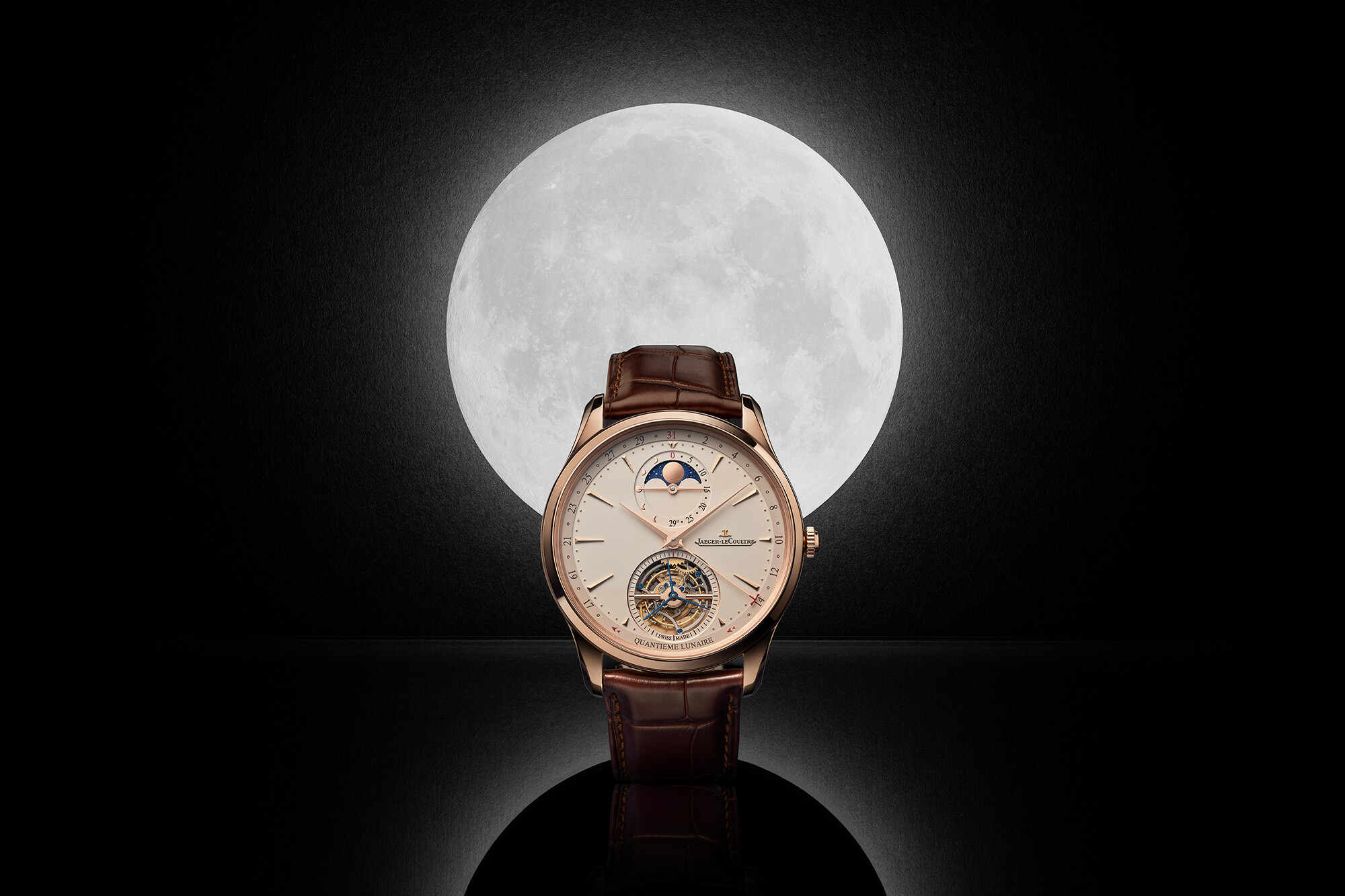 The 60-second tourbillon which, as you might expect, doubles as a small seconds and dominates the lower half of the dial with a large aperture showing it off to full effect. A newly designed, highly polished pink gold bridge holds the titanium tourbillon cage (which along with its internal components weighs just 0.3gm) in place. 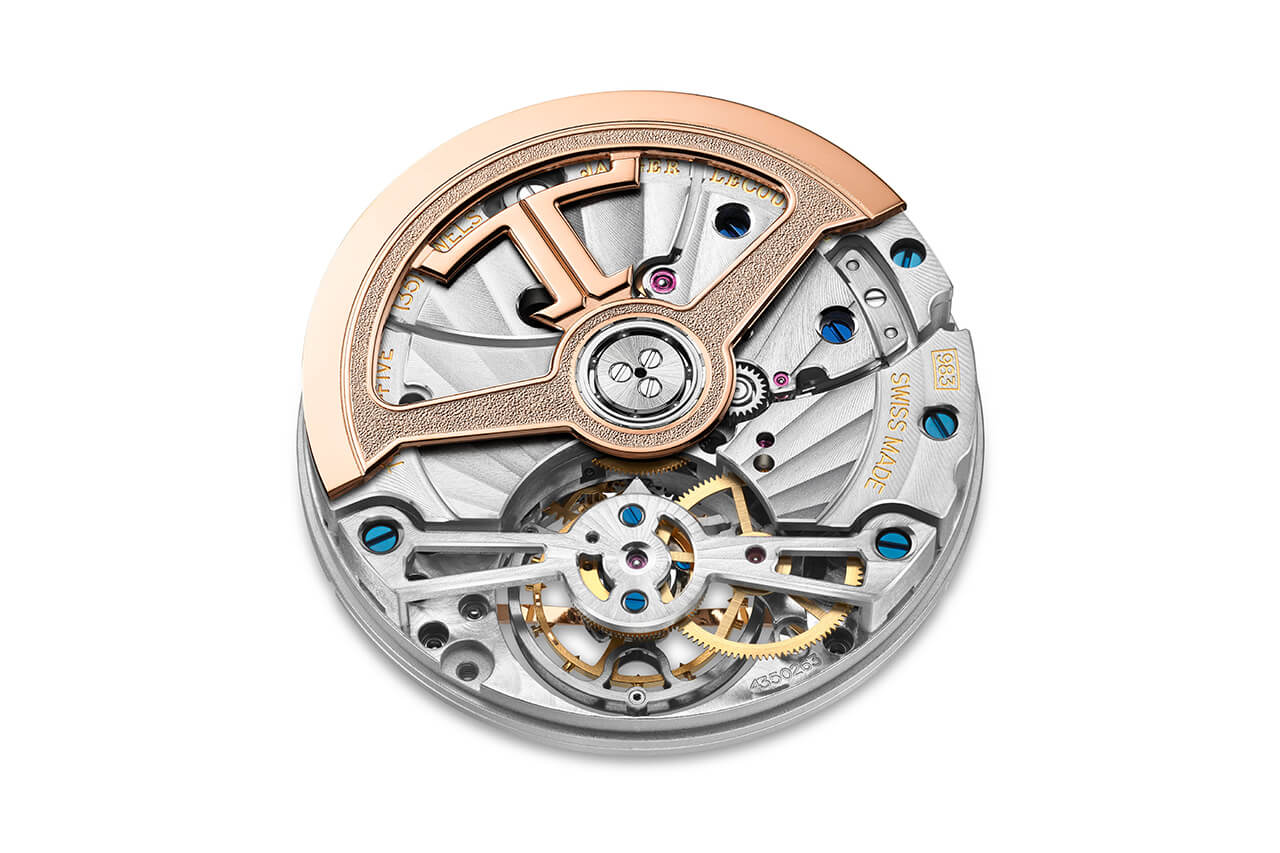 The 28,800vph Calibre 983 is housed inside a highly polished 41.5mm case made of Jaeger-LeCoultre’s Le Grand Rose 18ct gold alloy, which the brand developed for its depth and sheen and resistance to fading. 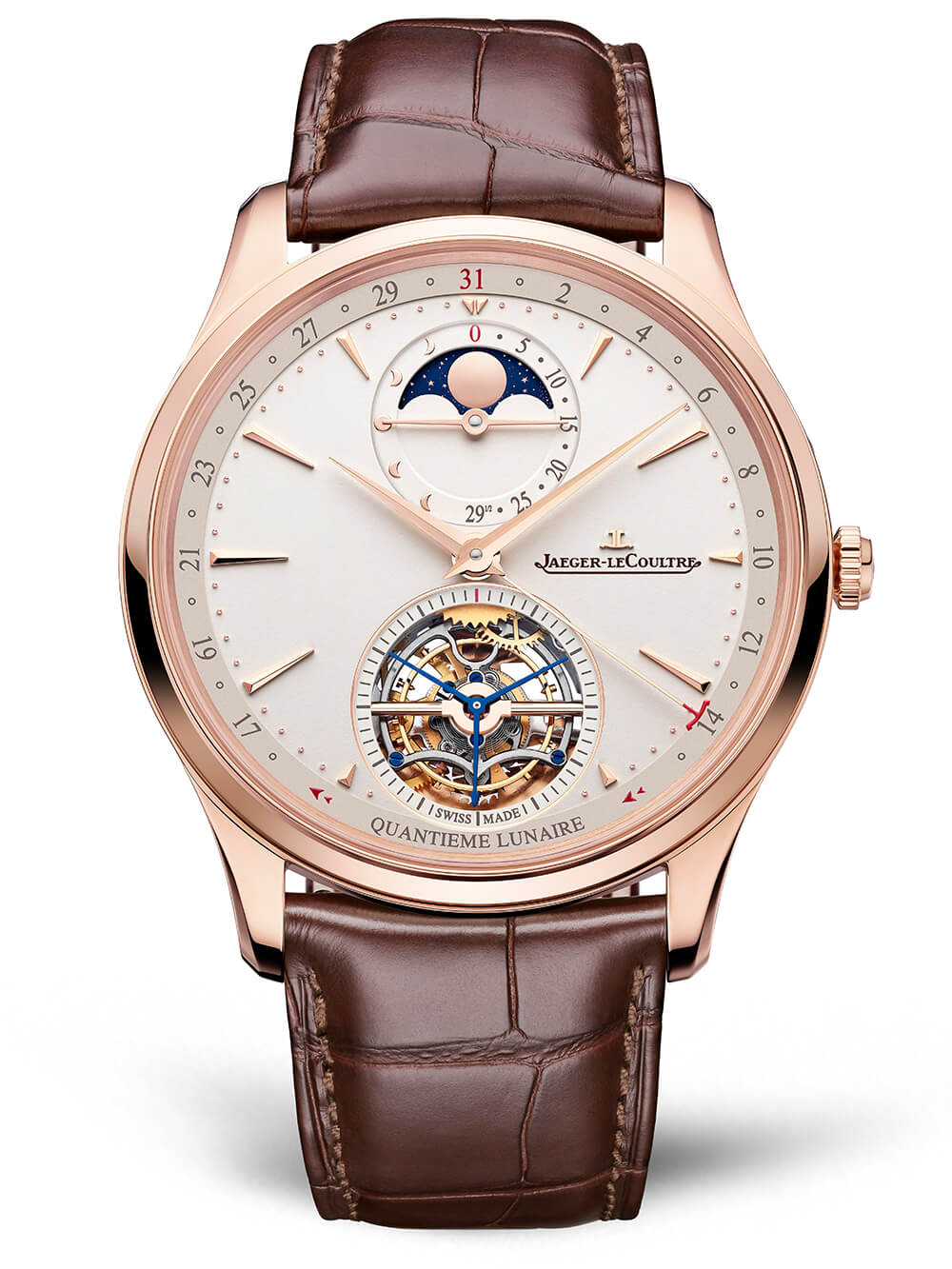 What surprises me about a watch forming part of a collection entitled Master Ultra Thin is its depth. Now it’s hardly hulking but neither is 12.1mm what I’d consider ultra thin watchmaking, something most of us would assume either to be the preserve of single digital millimetre depths. In the same year that Piaget launched the GPHG Aiguille d’Or-winning 2mm time-only Altiplano Ultimate Concept and Bulgari manage to pack a skeletonised automatic chronograph with tourbillon into an Octo Finissimo case just 7.4mm thick, ultra thin watchmaking has really taken on new meaning and the competition will have to ensure they keep up.