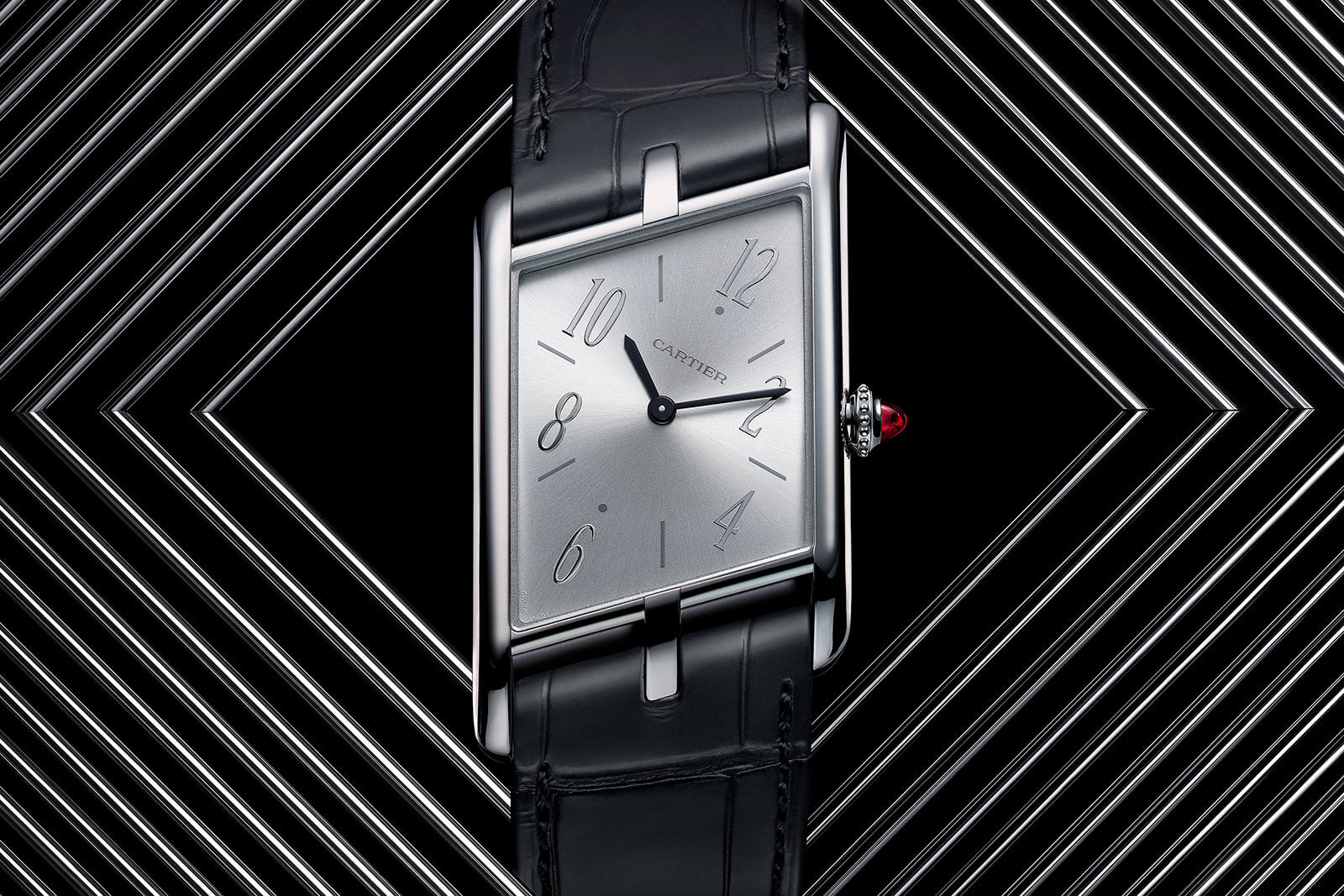 Cartier are a brand that epitomise the French way of doing things a little differently. In fact, they’ve been making eccentric watches for so long they may even have played a part in creating this well-trodden cliché. In the early 20th century they moved away from the classical paradigms of watchmaking and explored the themes of shape, perspective and art which led to some of their most iconic historic creations.

In 2015 Cartier decided to pay recognition to these off-kilter creations with their Privé programme. We’ve had the had the dali-esque crash, the ergonomically elegant Tank Cintrée, the shapely Tonneau and now, the Asymétrique.

Originally launched in 1937 the Asymétrique has been revisited numerous times over the years, but the latest release revives the iconic three lugged version. The numerals are rotated by 30 degrees and housed in ‘Parallélogramme’ shaped case which not only creates a strikingly beautiful piece but also a watch that is simple to read at a glance, perfect for driving.

The solid dial version is arguably the chicest release of 2020, measuring a slender 6.38mm thin and limited to just 100 pieces of each variation. Like previous Privé releases they will only be available in precious metal cases, with the Tank Asymétrique coming in either pink gold, yellow gold or platinum which are paired with a grey, champagne or silver guilloche dials respectively.  The svelte size is down to Cartier’s in-house 1917 MC hand wound calibre which features a 38-hour power reserve. It’s crowned of course with Cartier’s signature cabochon.

The skeletonised version will also be available with three case variants limited to a 100 pieces each, with pink gold, platinum and diamond-set platinum housing the specially created skeletonised 9623 MC calibre. By removing the dial Cartier have created an extremely architectural piece, but loses some of the refinement of the solid-dialled version. Only the 12 and 6 Arabic numerals are visible and the movement bridges double up as indexes to read the time.

It is slightly larger than its non-skeletonised counterpart measuring in at 7.82mm thick, though the length and width remain the same. Unfortunately, these will likely be sold out by the time this article is live. Here’s hoping Cartier start introducing non-limited steel variants for us mere mortals.