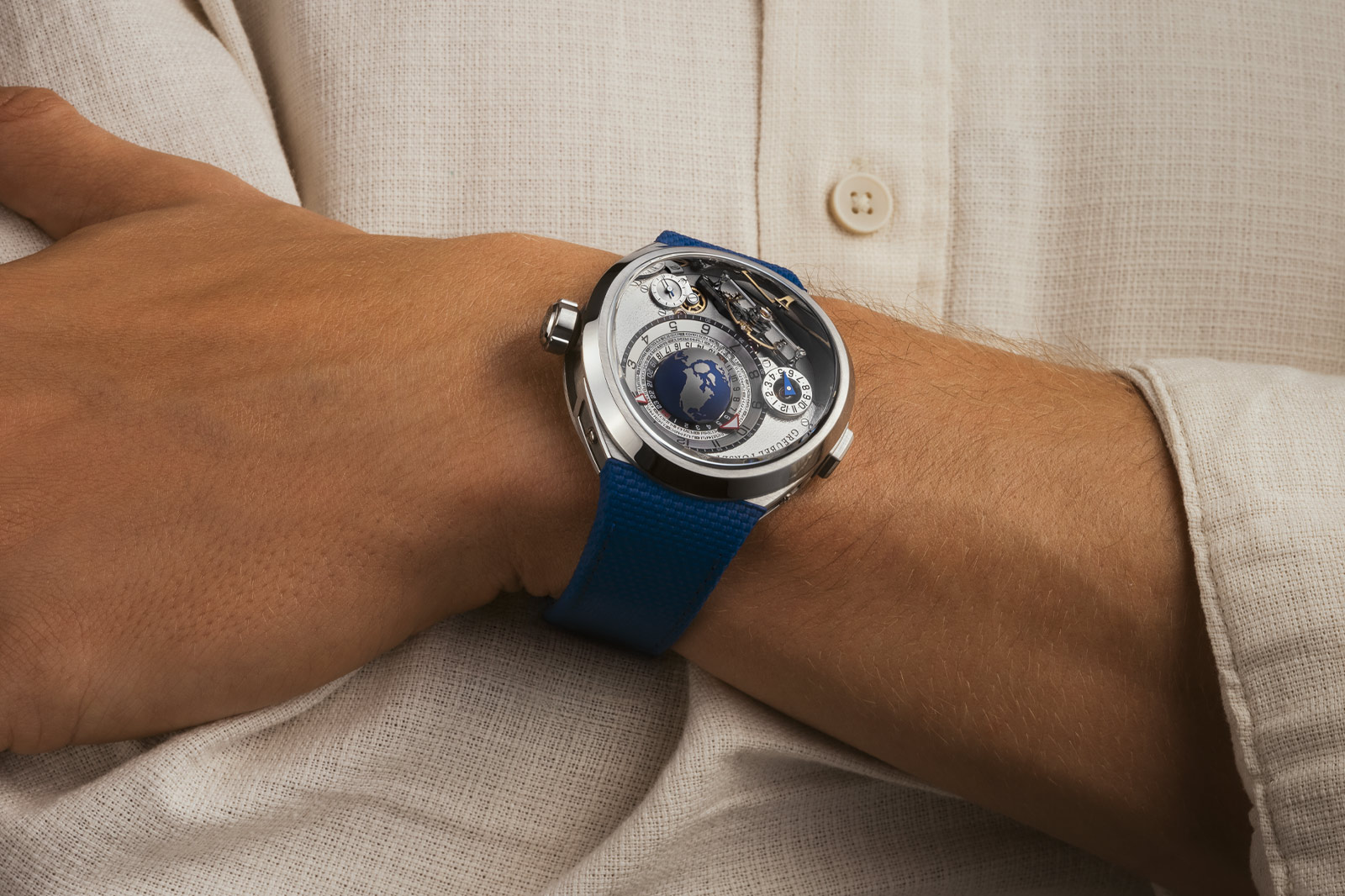 If there’s one thing Greubel Forsey loves, it’s an elaborate GMT function with a representation of the Earth as a titanium sphere. In 2021 they launch what seemed like the peak of this design in the form of the GMT Quadruple Tourbillon Titanium, a genuinely insane piece of haute horology where the GMT was a relatively small part of the whole. However, now they’ve launched a new model, the Greubel Forsey GMT Balancier Convexe, that puts the GMT front and centre.

As part of the Balancier Convexe range, the new watch shares the same titanium case as the Double Balancier Convexe. That means a 43.5mm diameter (widening to 46.5mm at the bezel) and a flowing convex shape that matches the curve of your wrist. Even the sapphire crystal is curved as well, which is an incredible feat of craftsmanship. Although, since the case isn’t new, where things start to get exciting is the dial. 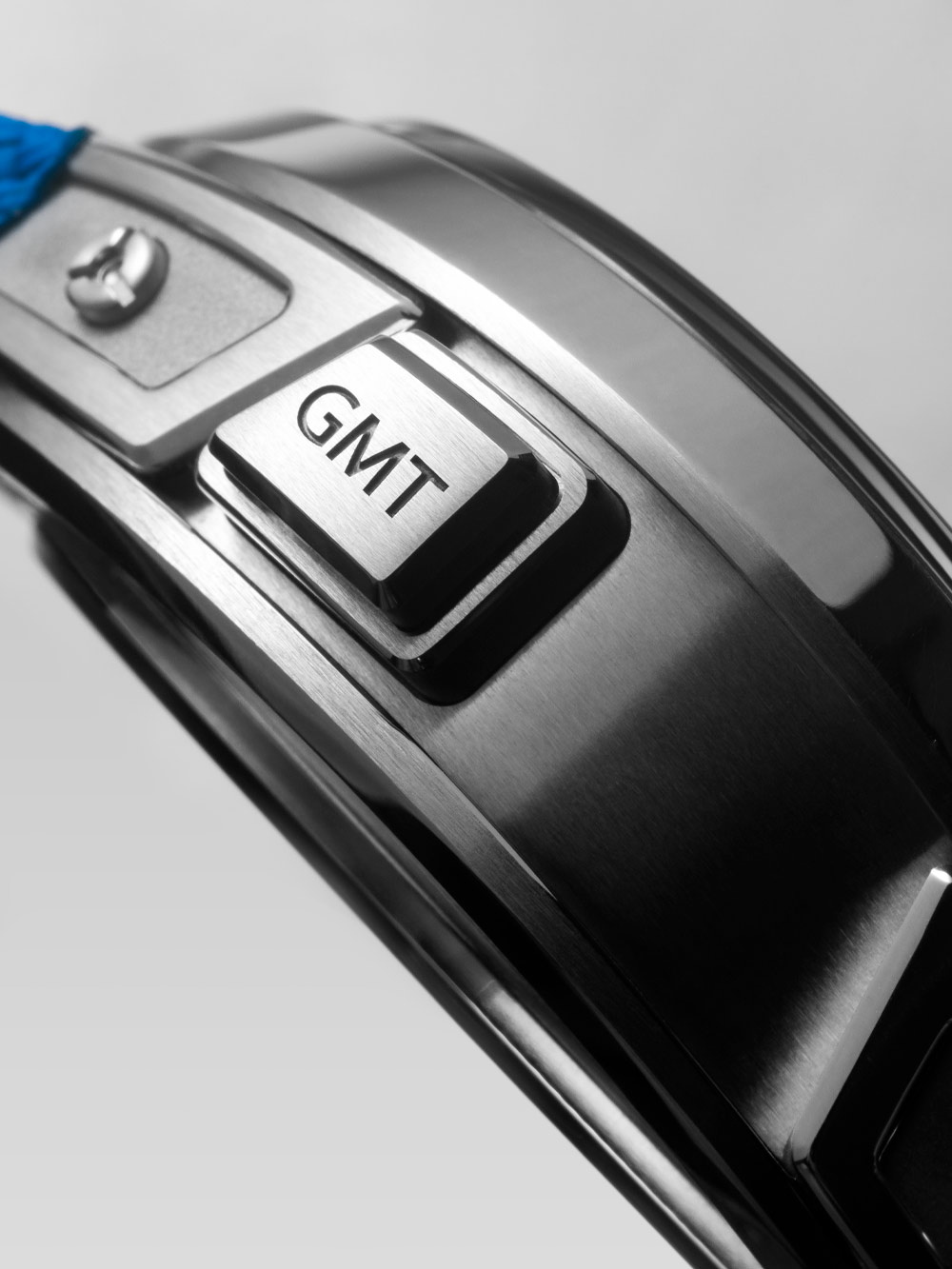 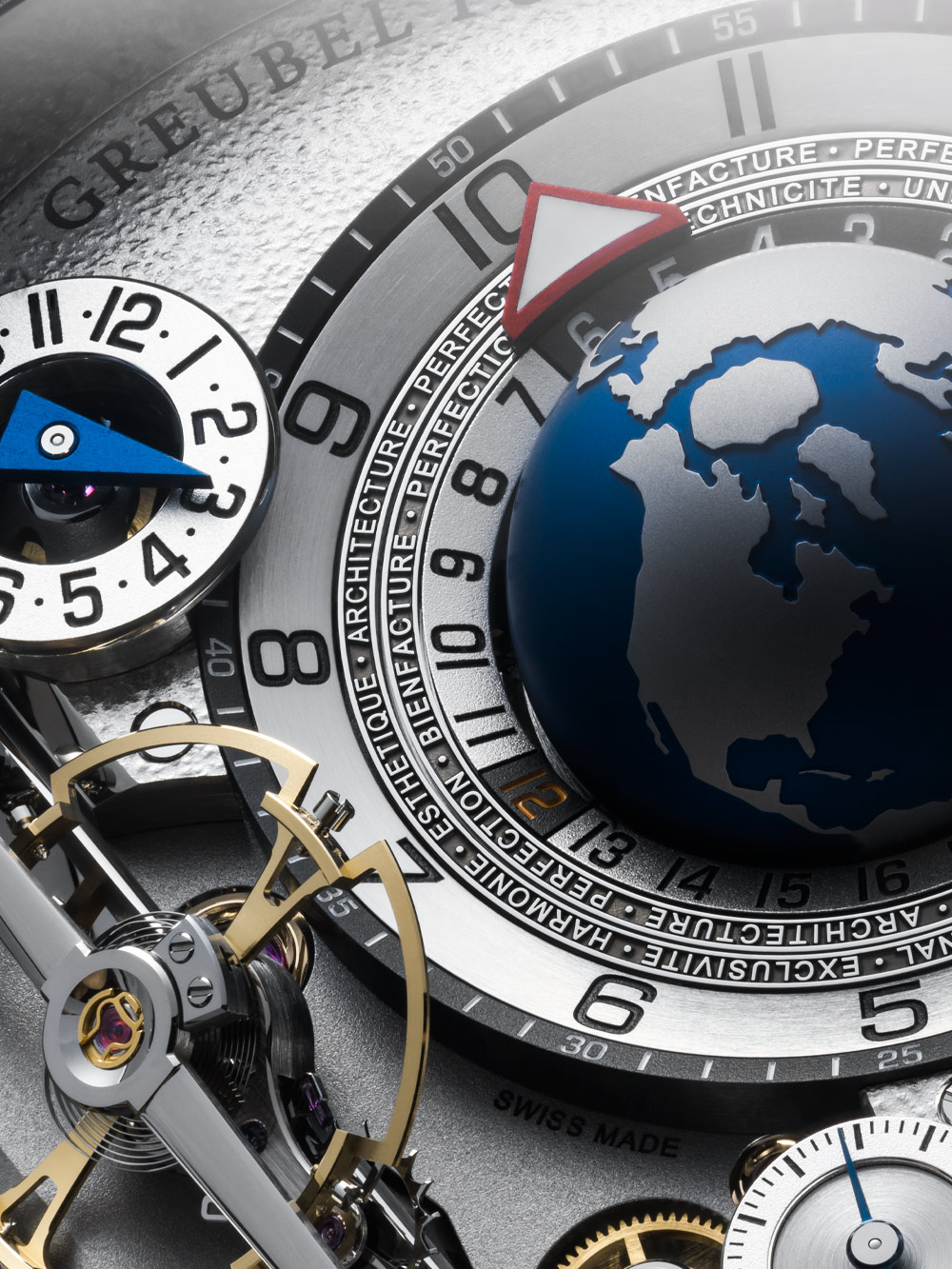 The titanium sphere planet is placed in a prominent position in the display, surrounded by an amphitheatre of timing scales. The innermost ring is a 24-hour universal time display linked to a selection of important global cities, which means Greubel Forsey are underselling themselves by calling this a GMT watch because it’s actually a worldtimer. The middle ring with its thick red arrow is a local time hours scale and lastly the outer scale with its thinner arrow is local time minutes.

In addition to the focal display, the watch also has a second 12-hour subdial with a blue gold hand offset to the side, functioning as a second time zone indicator. That subdial is then mirrored on the other side by a small seconds. Combining all the functions on the display you can track the time in every time zone on Earth, two of which are displayed twice. If you wanted to be particularly silly you could set the local time and second time zone to the same, meaning the watch would display that time zone in three ways at once. 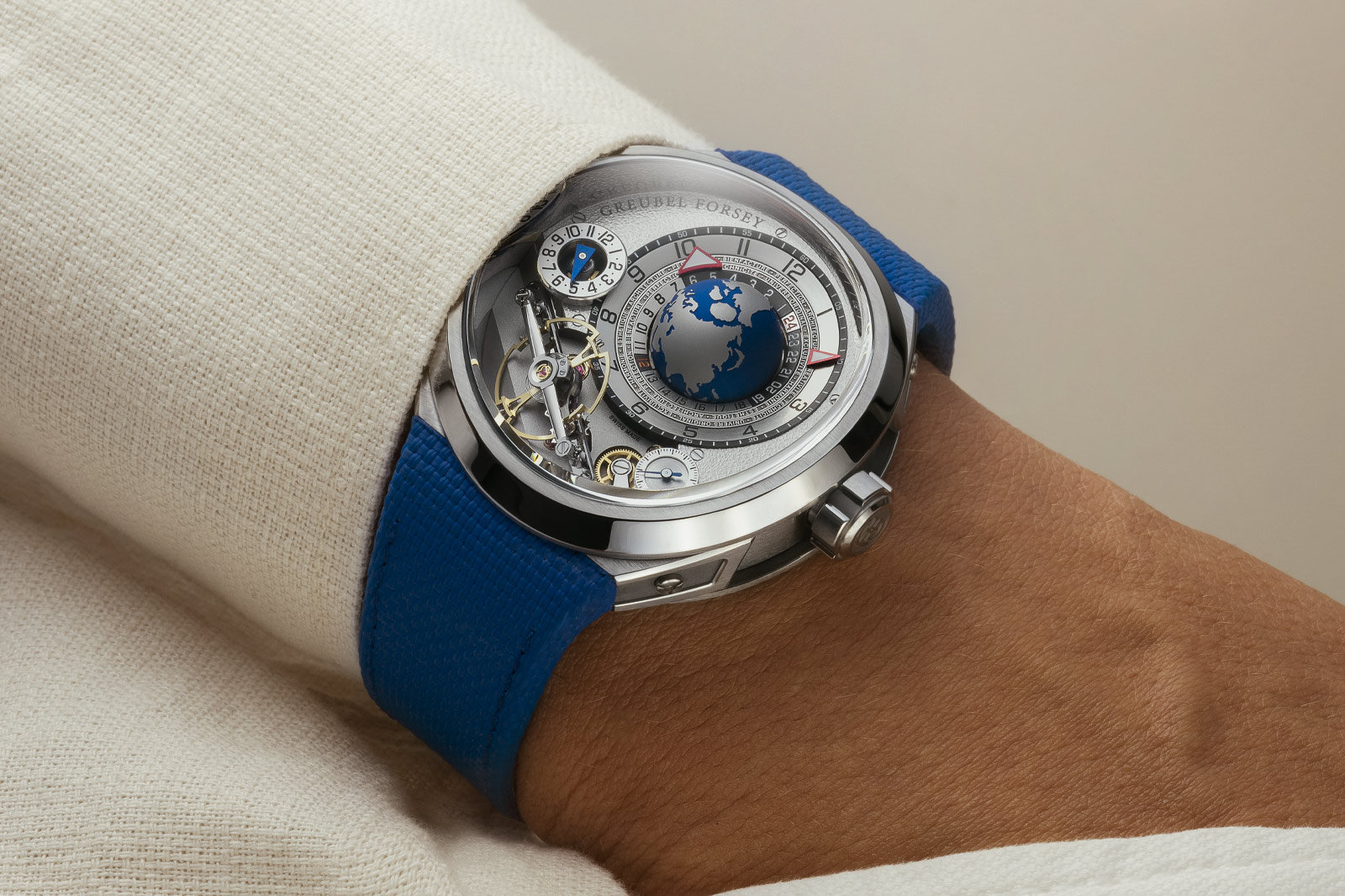 It’s powered by a new manual movement that Greubel Forsey say is going to be their signature movement for all GMT watches moving forward. It has 429 parts with a further 59 for the escapement platform. Specs wise it has a 72-hour power reserve and a frequency of 21,600 VpH. Of course, in the style of the balancier series the balance wheel is inclined to 30°, appearing to orbit around the Earth.

A lot of the movement is visible from the dial side and all of the finishing is spectacular. The suspended balance wheel is held by a flat black polished steel bridge on polished steel pillars. Then, the titanium bridges are brushed to provide sweeping contrast that draws the eye towards the planet at the centre. Lastly, the main dial area has a frosted texture that’s very appealing while the interior edges of the case are polished, reflecting back the planet from all angles.

The Greubel Forsey GMT Balancier Convexe is a limited edition of 66 pieces, with 22 being produced per year from 2022-2024. There’re also two strap options available, a titanium bracelet or a textured rubber strap. I can’t imagine why you’d ever choose rubber for a watch like this but the choice is there.