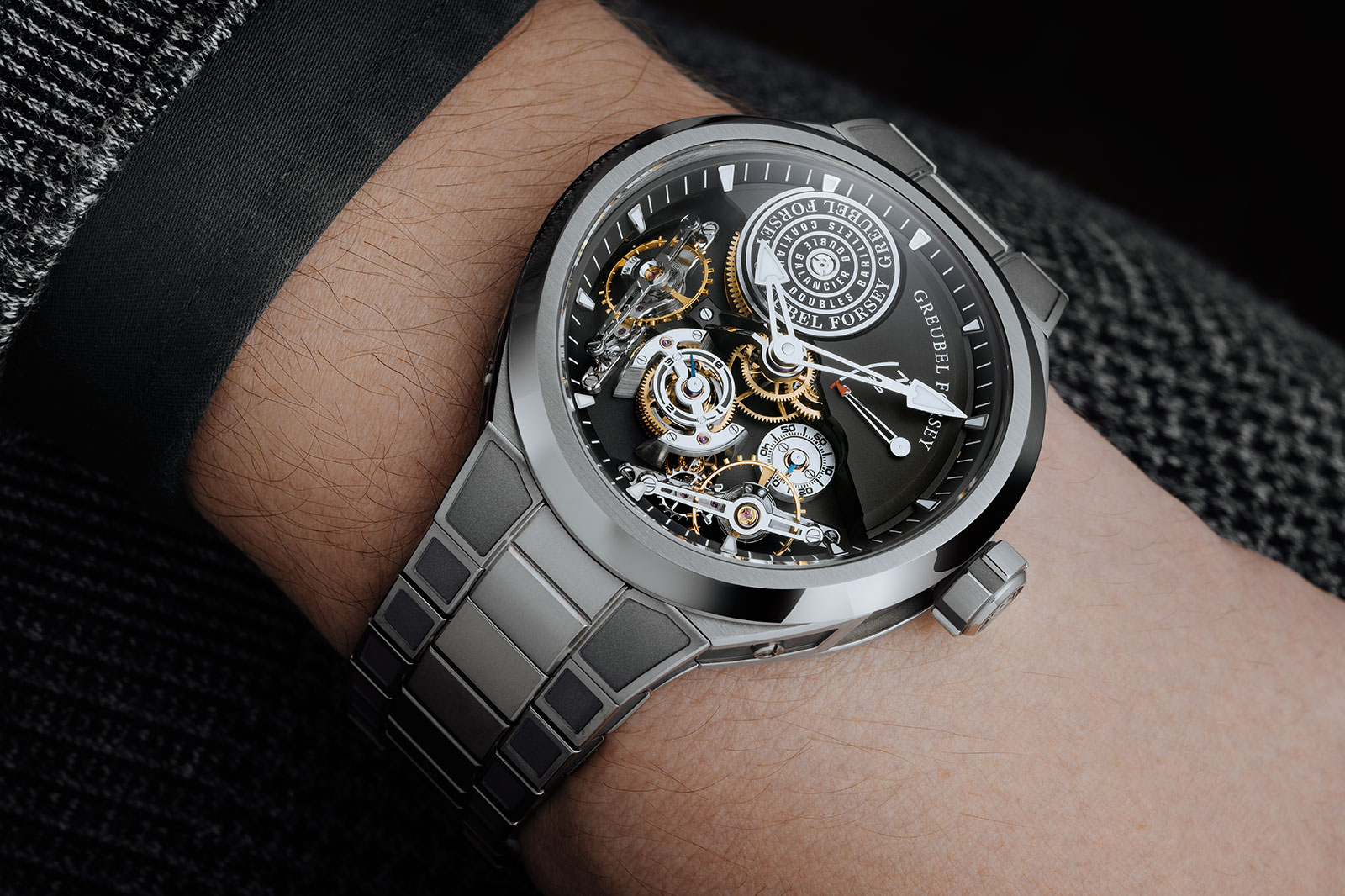 In the realms of haute horology there are lots of directions that a watchmaker can take. Patek Philippe, for example, prove time and time again that they are masters of conventional high end complications like perpetual calendars and minute repeaters. Greubel Forsey on the other hand are anything but conventional, pushing the boat out stylistically and mechanically. And their latest endeavour is the Double Balancier Convexe.

At its core Greubel Forsey have taken their Double Balancier movement from 2016 and put it into the titanium case of the Balancier S2 announced last year. But in doing so they’ve also given the whole thing an aesthetic makeover. 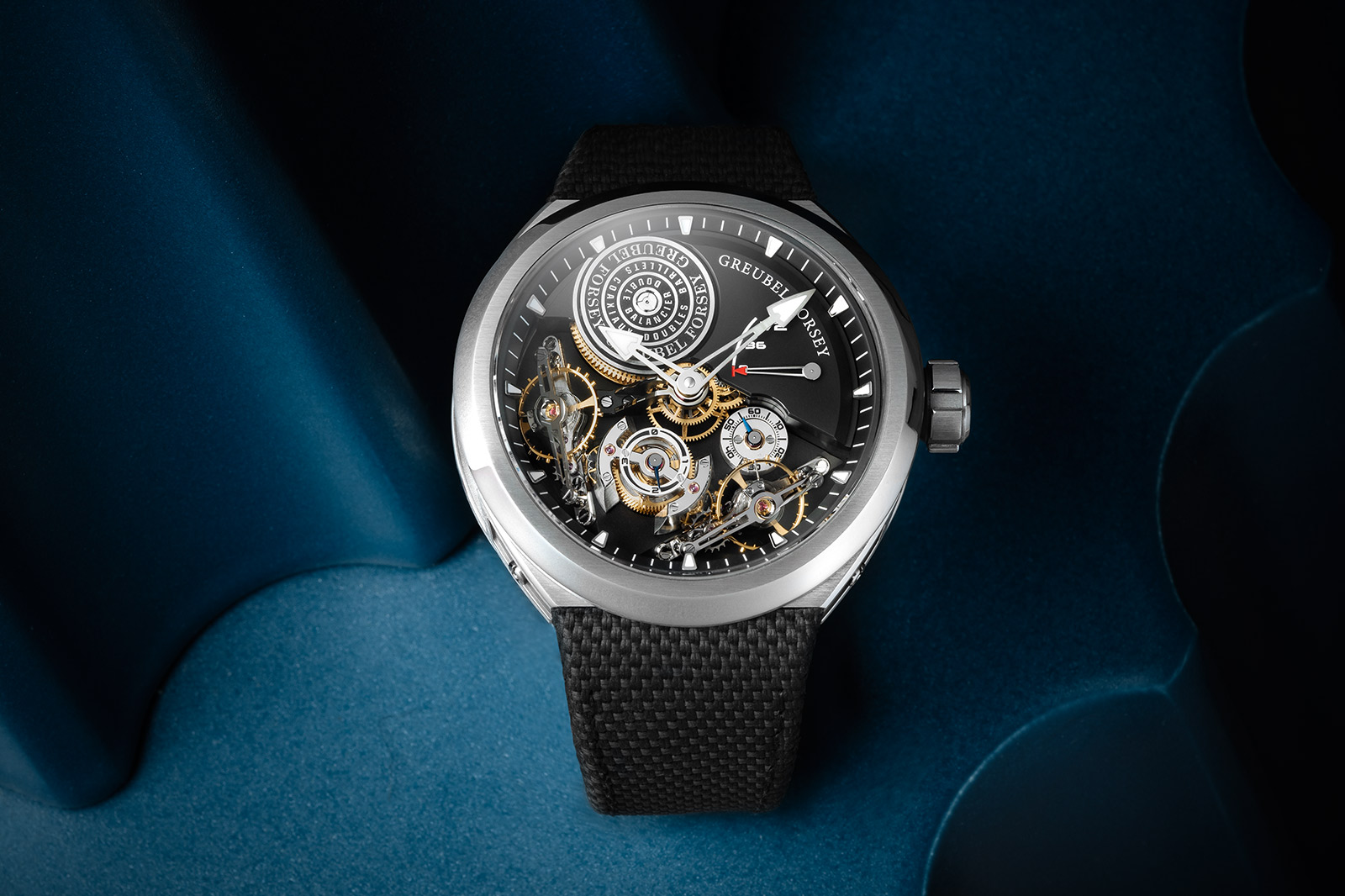 The case is perhaps where the least development has been made. Proportionally it is identical to the Balancier S2 with a large diameter of 46.5mm and a sweeping, ergonomic shape which gives the new watch the “convexe” part of its name. It’s super outlandish shape that no one else is doing and requires extremely precise manufacturing, especially of the curved sapphire crystal. The Double Balancier Convexe is also made from lightweight and durable titanium and has 100m water resistance, which is admirable considering most pieces of haute horology don’t put much emphasis on being robust. 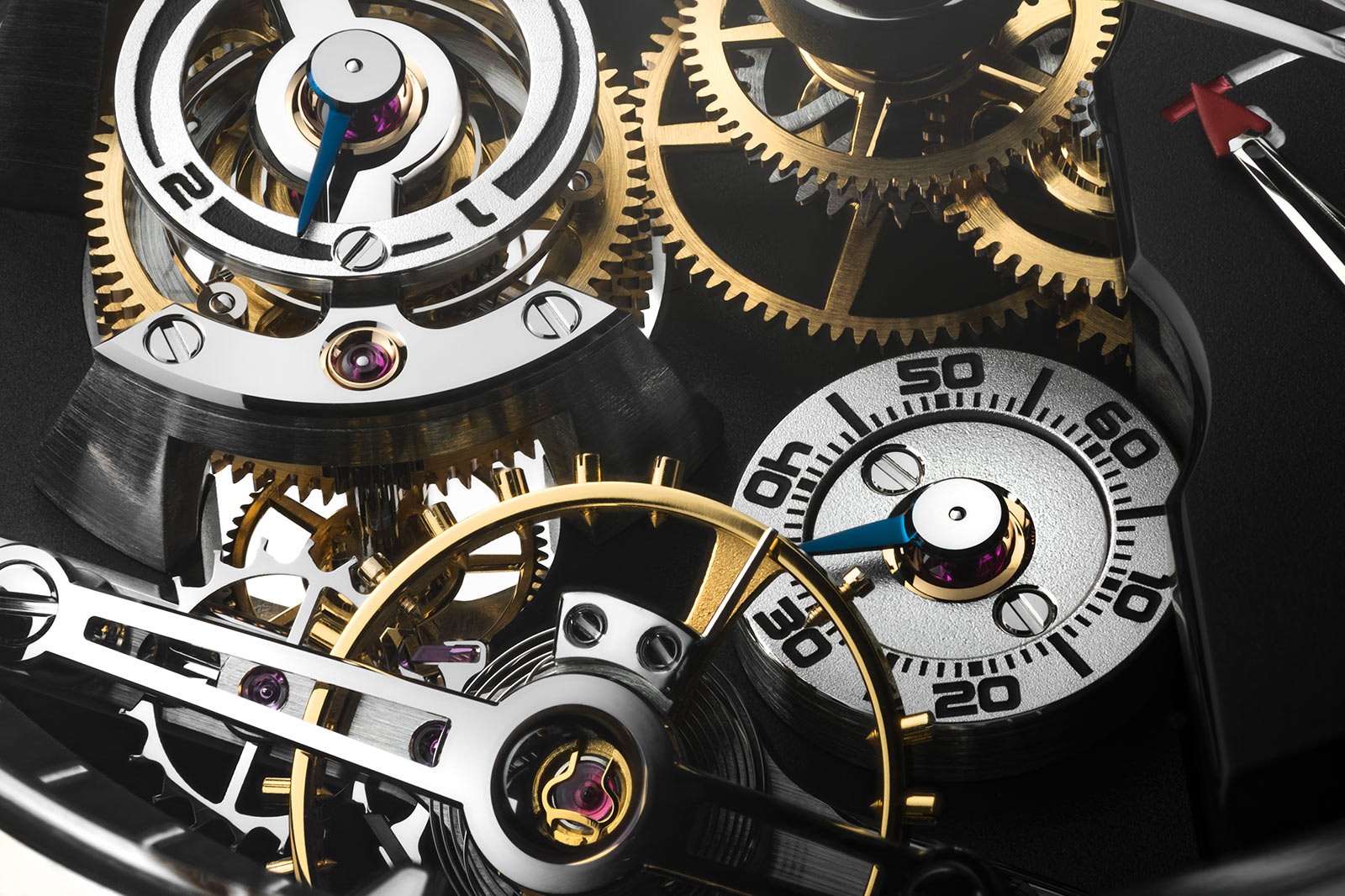 As for the dial, it has been given an intense sense of depth, more so than either the 2016 Double Balancier or the Balancier S2. That’s because a greater proportion of the dial is openworked and the two balance wheels, their intermediary differential and the central hand stack seem to rise out of the depths. This impression is heightened by the watch’s convex shape.

Additional changes come in the form of new finishing, such as the black treated titanium bridges and plates. Also, the barrel is visible with an engraved top and the font of the power reserve indicator has been updated. Lastly, the hour markers have a new wedge shape, pointing down towards the movement. 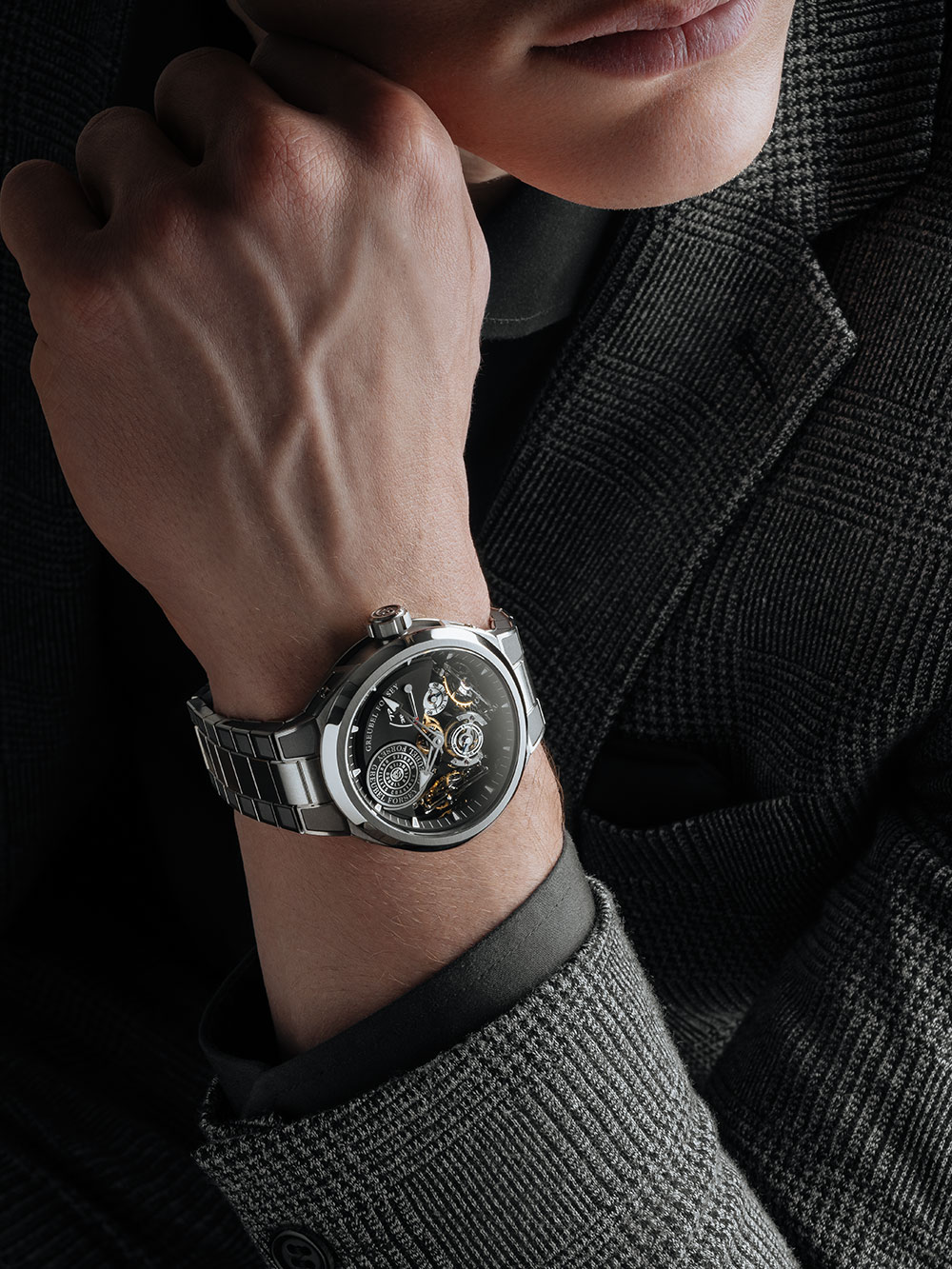 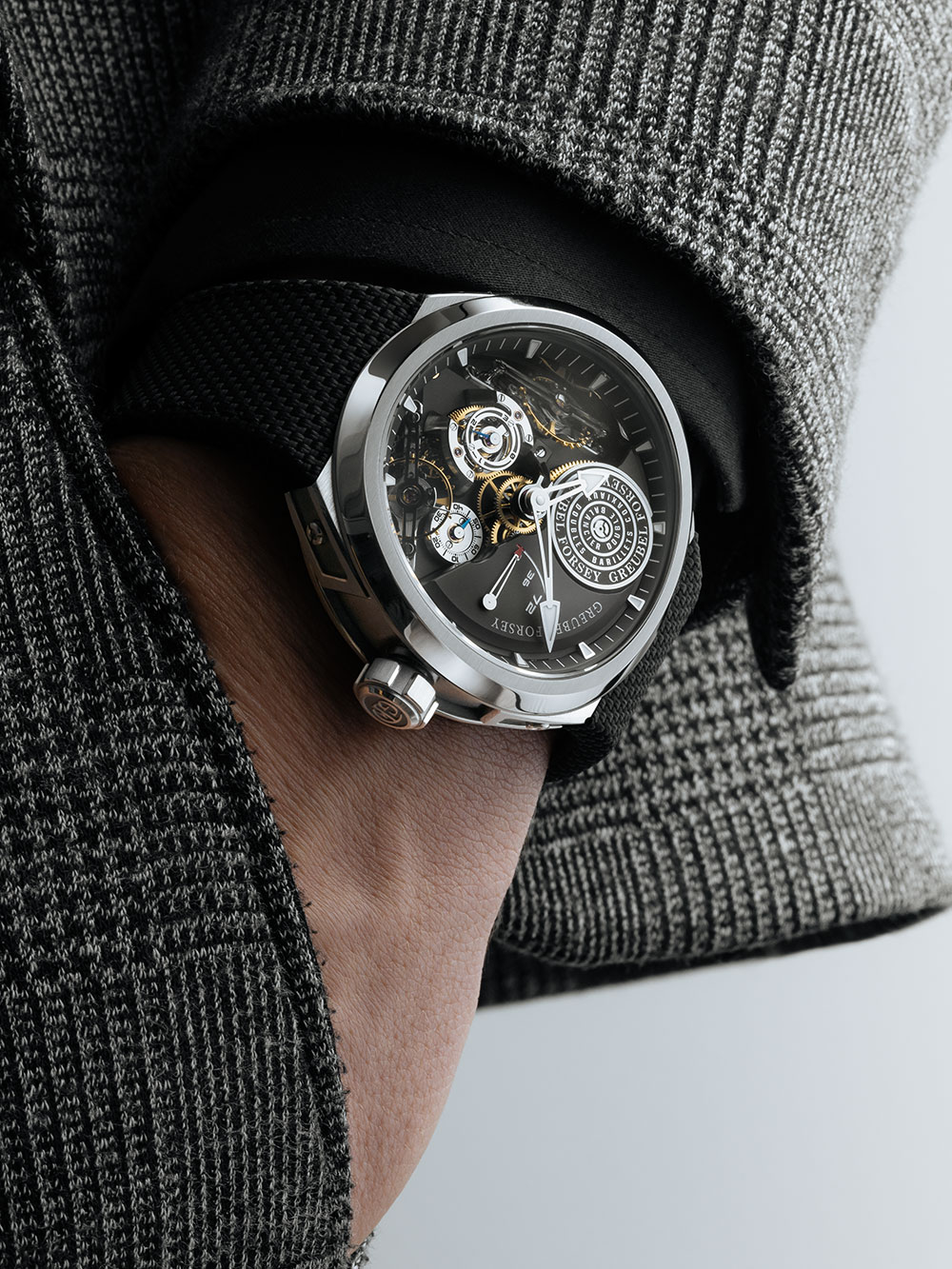 Mechanically, compared to the Double Balancier movement from six years ago not too much has changed. The total number of parts has changed but that’s likely due to integrating it into the new case which has greater verticality. However, the key specs are unchanged, a 72-hour power reserve with manual winding. In terms of functions it has central hours and minutes, a small seconds subdial, a power reserve indicator and a 4-minute subdial that works based off the rotation of the differential, found between the two balance wheels set at 30° angles.

The Double Balancier Convexe has a limited production of 22 pieces per year and will be produced from 2022-2024 making for a total of 66 watches. As a final note it’s available on either a titanium bracelet or a textured rubber strap, both of which complement the titanium case.