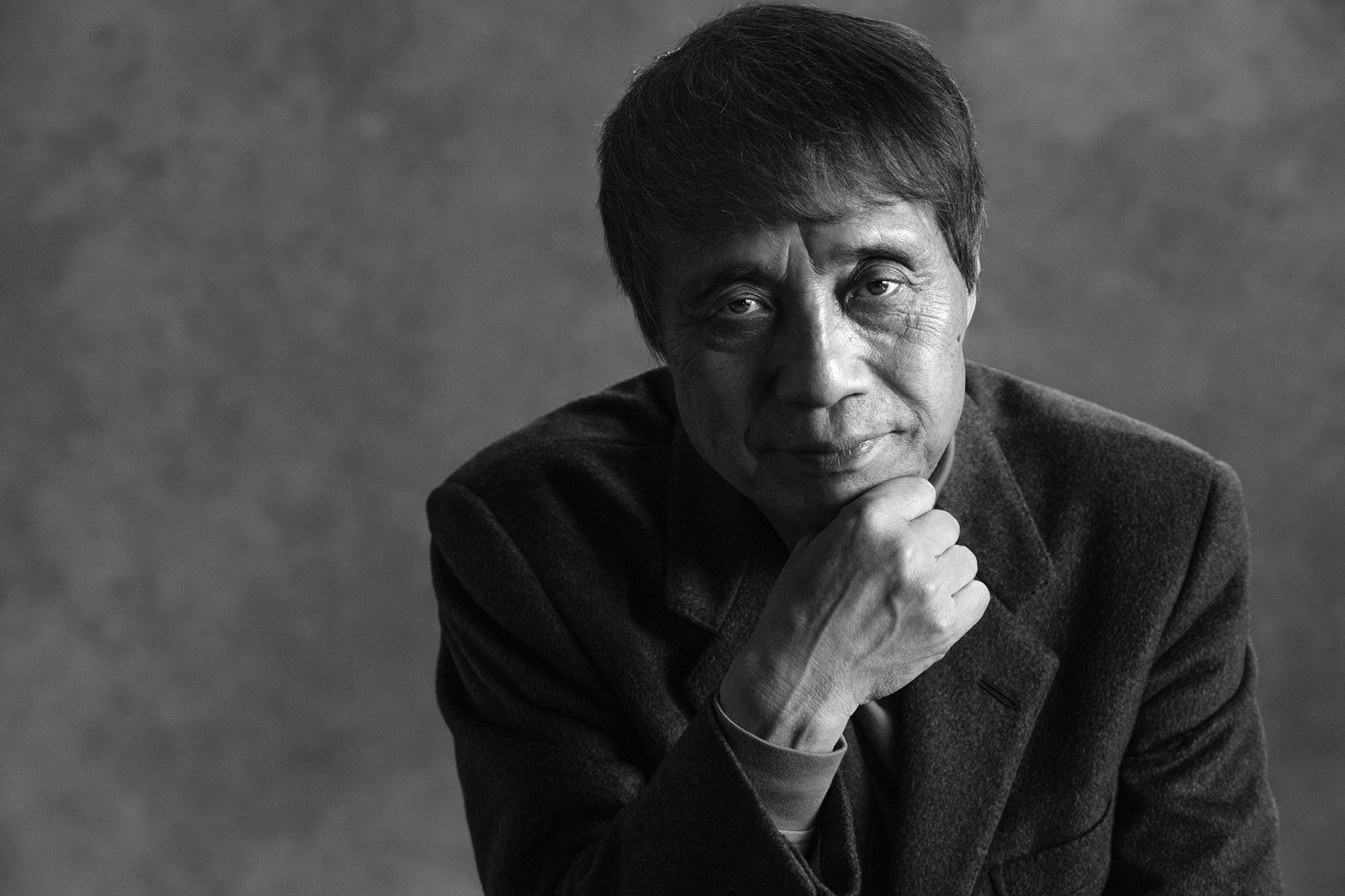 Without a doubt, Tadao Ando is one of the most influential architects working today. Even if you’ve not heard his name before – which is more than fair enough, the quiet 80-year-old is not much of a self-publicist – you’ll have certainly come across some of his buildings.

The Modern Art Museum of Fort Worth in Texas, the Langen Foundation, even a public toilet surrounded by cherry trees in Tokyo, the Pritzker prize-winning architect has many a magnificent project under his belt, which makes it all the more impressive that he has absolutely no formal training whatsoever. Before he segued into the building arts, his career was of a more pugilistic bent: he was a professional boxer. That was until he was struck by the Frank Lloyd Wright-designed Imperial Hotel in Tokyo. From then on there was no going back. 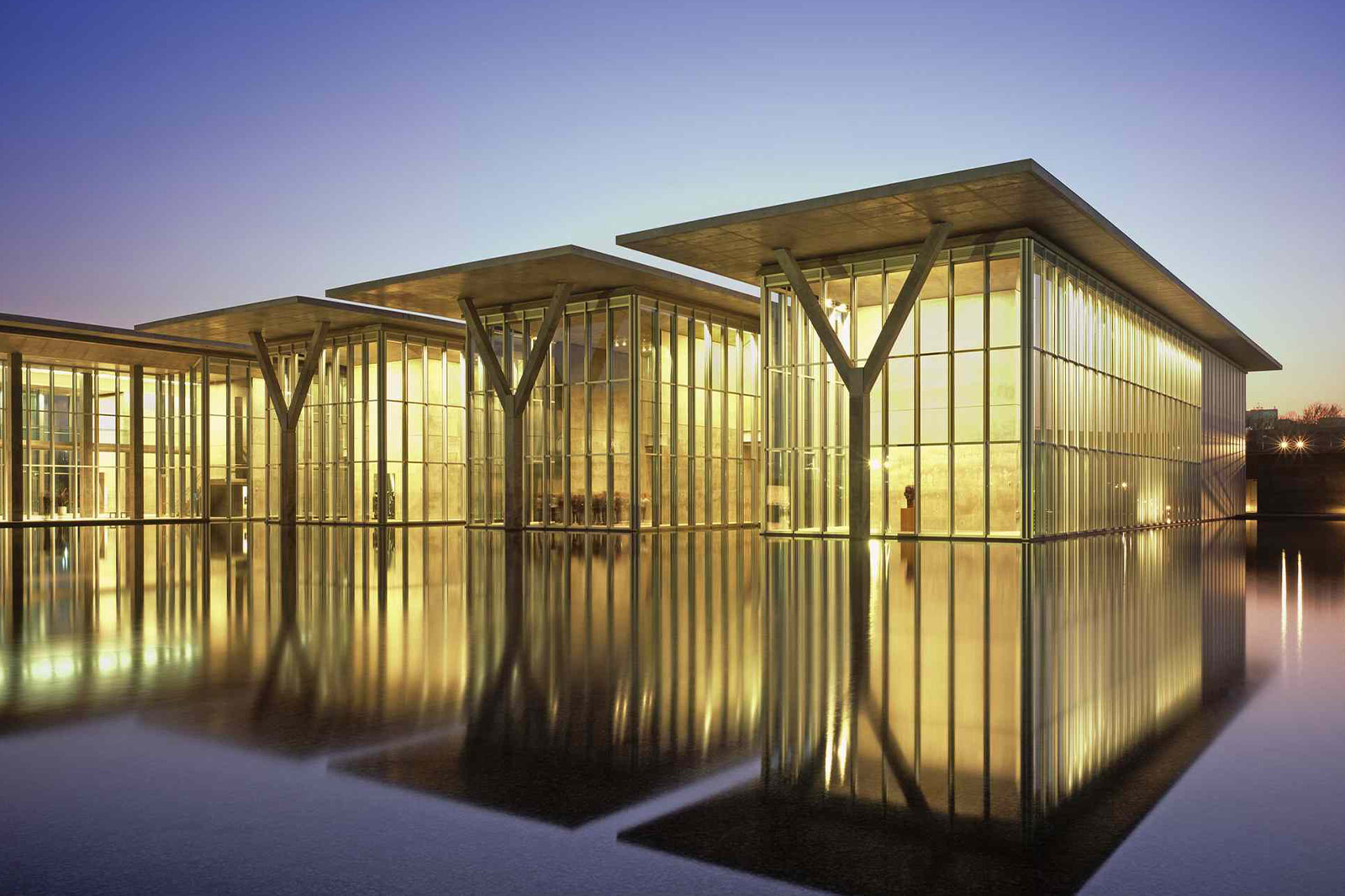 Over time he’s developed an instantly recognisable style, utilising glass and concrete in beautiful curves and naturalistic shapes, designing deceptively complex spatial circulation in a way that makes it look and feel minimal, simple almost. If you need a visual definition of Zen, his projects are it. The reason we’re talking about Ando-san however isn’t solely for his architectural work, though there’s more than enough virtue there. Instead though, we managed to briefly hear from the man about his latest tie-in with Bulgari, the third piece designed in collaboration with the Italian heritage watchmaker.

The first question therefore is the simplest: why a watch? “Time is as meaningful to human beings as is living,” says Tadao. “When we display it like a clock, I believe it is not just counting time but is a way to express oneself. A watch is more than a device to keep time. I’m trying to express something that goes beyond the basic functions of a watch. “I believe that with a watch, you can instantly perceive a person’s personality, their hopes, their experiences. That is how I designed this watch; considering the shape, the colour and the size.”

That’s a way of thinking that any watch collector should be nodding their head in agreement at. None of us invest in a timepiece because it can tell the time. That’s insane. We do it because it’s a statement about ourselves, be that shallow like you just got a big bonus or personal, like a horological heirloom. 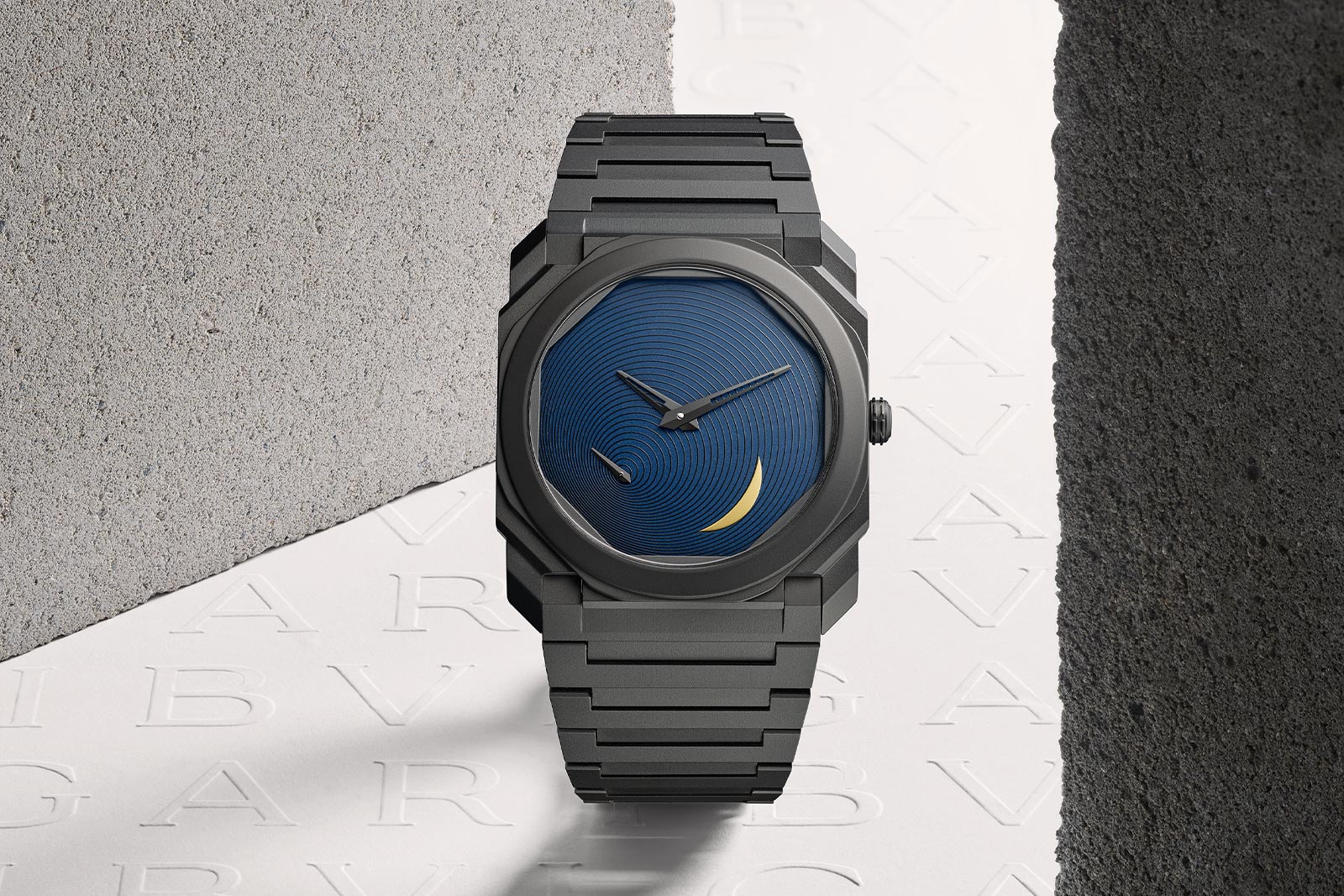 From the sound of it, Tadao was aiming more towards the latter. Based on the ultra-thin Octo Finissimo with its angular, Genta-designed case and in this instance blacked out, stealthy look, the latest watch from the maestro of concrete curves is an absolutely stunner.

A dark blue dial, complete with the swirls of a zen garden (or Tadao Ando building) is interrupted only by a shining gold crescent moon on the lower half of the dial. It’s relatively straightforward by far more detailed than it at first appears, a watchmaking allegory for the man’s particular architectural angle. “I think of the dark blue colour of the watch face as the full moon in the dark blue colour of the night sky.” 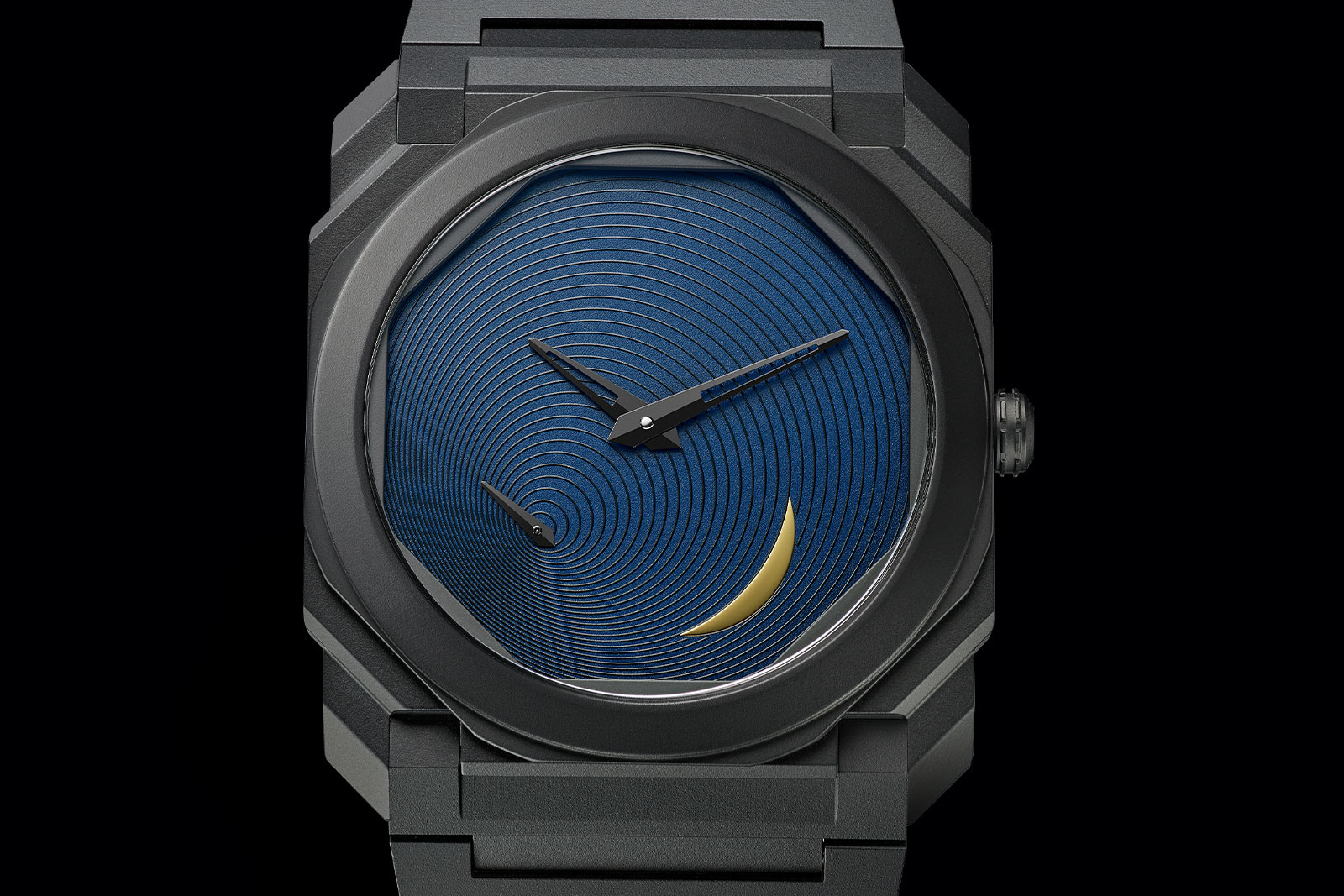 While the swirls have been there on both previous Bulgari collaborations, why in this instance did Tadao decide to incorporate the moon? Everything has a reason. “I wanted to make a watch that would inspire people to put it on and have hope that they can make it to the other side of the world. I wanted to make a watch that says, in this time of pandemic, we must all find hope, no matter what. By using the image of the moon I wanted a watch that was more mystical. In that sense I think the moon is mystical and full of hope. I want to create a watch that is also full of hope.” 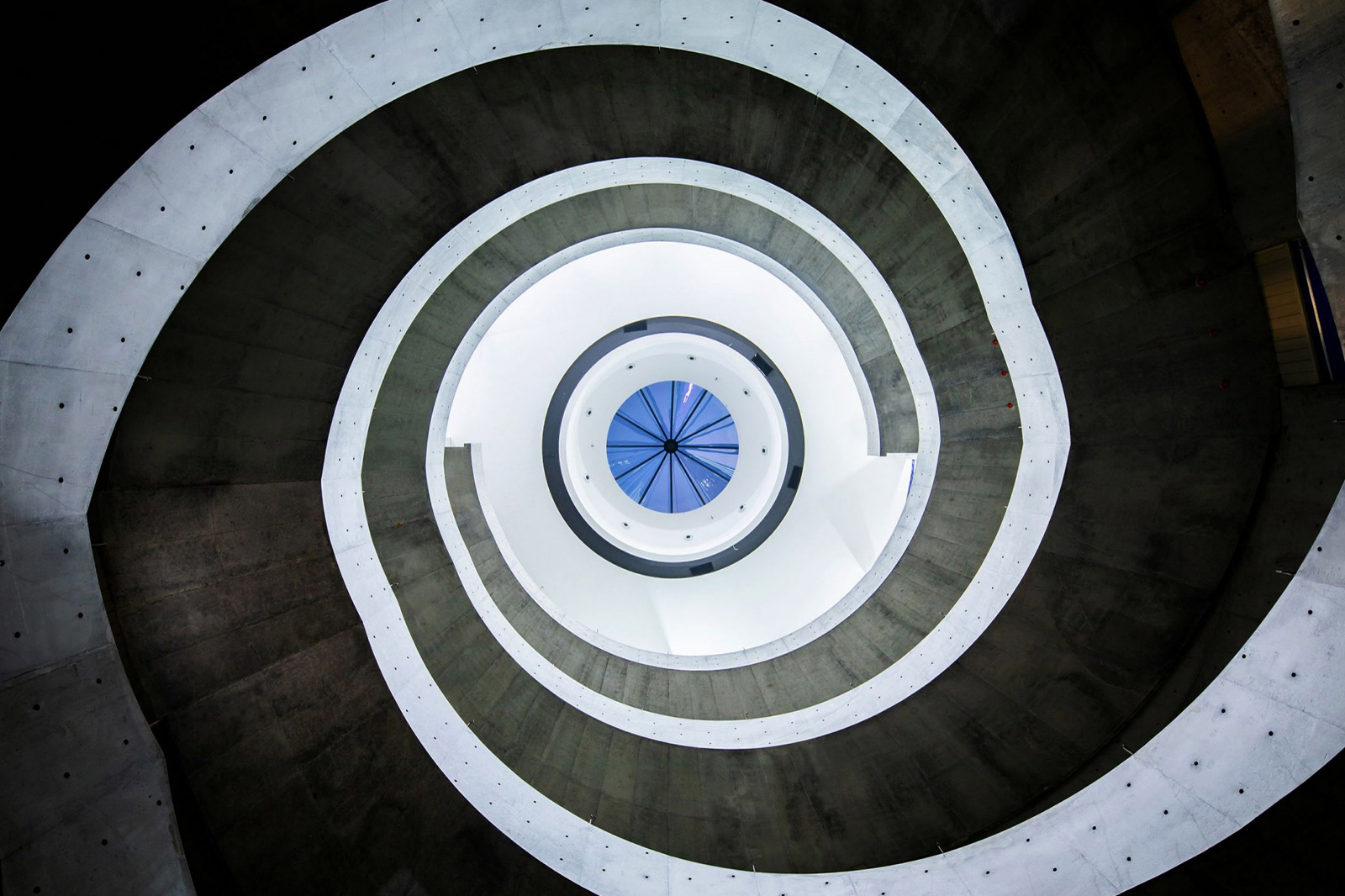 The end result is the most beautiful collaboration between watchmaker and architect so far and we’re hoping it won’t be the last. As for Tadao’s architectural side, he recently completed the He Art Museum in China, so we’re sure there’s plenty more to come.