At some point in every young boy’s life, he has dreamed of being James Bond. An international man of mystery, connoisseur of martinis and badass action hero who also happens to be a hit with the ladies. Later this year one person will have the chance to make that dream a little bit closer to reality when the Omega Seamaster worn by Daniel Craig in No Time To Die is sold at auction for charity.

The auction is being held by Christie’s on September 28 as a celebration of the 60th anniversary of the first time James Bond graced the big screen. The sale will include 25 lots featuring iconic memorabilia and props from the films, with a heavy emphasis on Bond’s latest outing in No Time To Die. The proceeds of various lots will go to charities selected by Sir Sean Connery, George Lazenby, Sir Roger Moore, Timothy Dalton, Pierce Brosnan and Daniel Craig, or their estates. 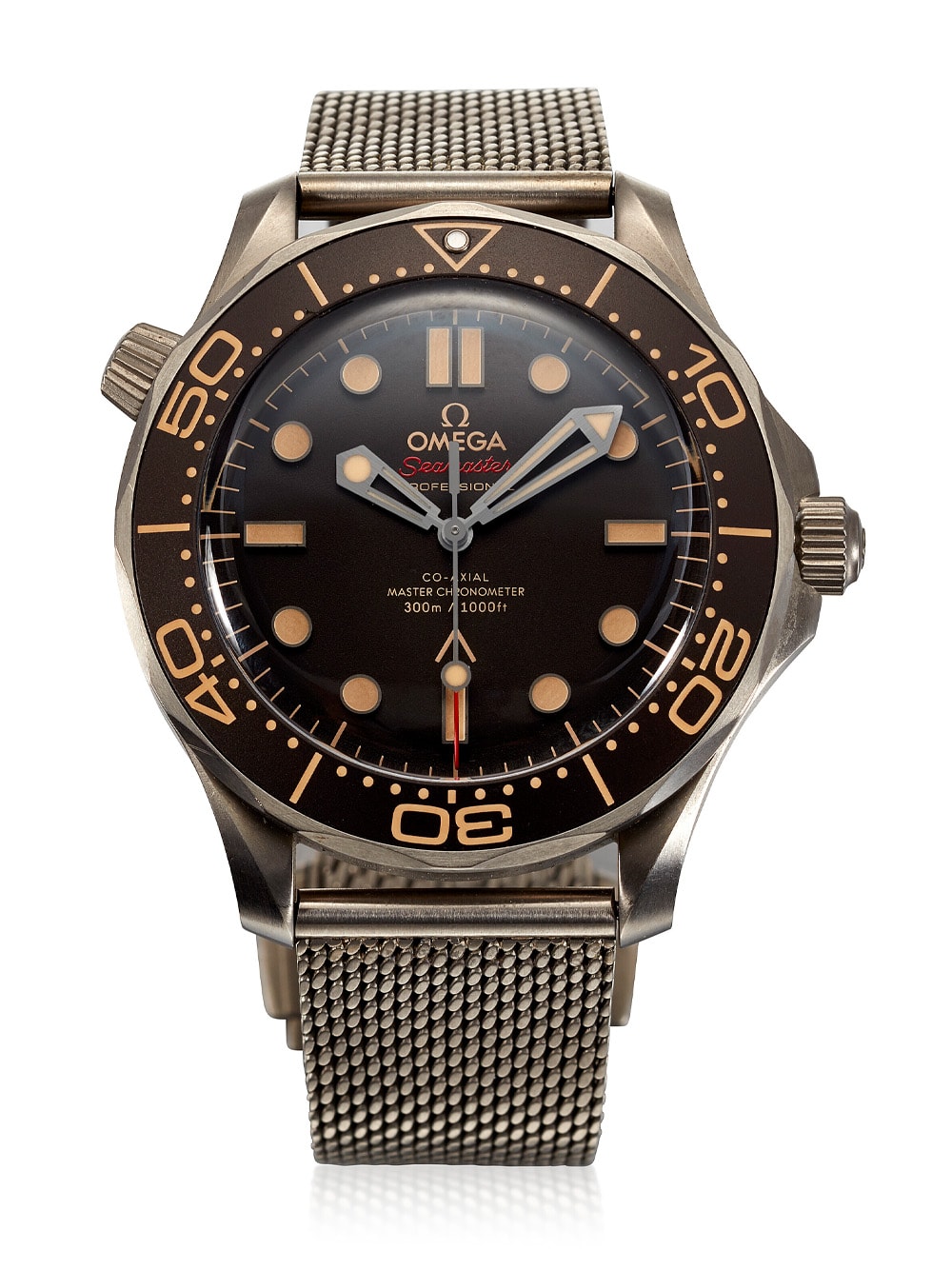 For us watch lovers the most exciting lot is the Omega Seamaster Diver 300m 007 Edition No Time To Die. It’s the exact watch worn by Daniel Craig in his final film as Bond and which saw plenty of screen time – I’m sure we all remember THAT scene (the one with the exploding eyeball). You can check out our review of the watch here. It’s lot 3 and has an estimate of £15,000-£20,000, which is likely to be exceeded dramatically.

Other significant lots include a second Omega Seamaster, this time an Aqua Terra, also worn by Craig in No Time To Die. However, the crown jewel of the auction is the Aston Martin DB5 stunt car expected to sell for over £1.5million. If an actual James Bond prop is a little rich for you, you could always get his look another way.

Find out more about the auction at Christie’s Auctions.