The word meteoric is tossed about far too much, enough that it’s lost some of its importance. It’s used interchangeably with phrases like ‘on the rise’ and ‘up-and-coming’ when it means so much more. It means someone that’s seemingly come out of nowhere and completely upset the established order, someone whose rise has been both impressive and inspiring. Valeria Palmeiro, better known as Coco Dávez, fits the bill.

Even if you’re not an art collector you’ll have seen her work at some point; it’s pretty much impossible to miss. She’s colourfully collaborated with the likes of Puma, Prada, Chanel and Desigual to name a scant handful of big names. Most impressively, she’s only 29. It comes as no surprise then to see she was named one of Forbes’ 30 Under 30 in the world of art and culture.

“It was a surprise!” exclaims Coco when I congratulate her on the position. “It’s a great list, and there are only four Spanish people on the entire thing – it’s a gift!” Even then she’s putting herself down a little; as the only Spanish artist there, in a way she’s representing an entire country’s worth of young creatives. “Yes, it’s an honour… there are so many fantastic artists working in Spain today and it’s a privilege to be chosen from among them.”

What exactly is so extraordinary about Coco’s works? Blending pop art influences with a striking use of colour and a tongue-in-cheek approach to her subjects, the key aspect of her Faceless series is self-explanatory – but I’ll do so anyway. Rather than focusing on facial features, she uses her subjects’ iconic visual characteristics and affectations to create an instantly-identifiable representation of them on canvas. Think the Ziggy Stardust lightning bolt, Lagerfeld’s white hair and black shades or Picasso’s striped jumper. How it came about though was, for want of a better word, a happy mistake.

“I was painting a portrait of Patti Smith and I couldn’t get the face right. I just couldn’t quite get it – so I blotted it out. The inspiration for Faceless came from there.”

And it’s just kept coming. Her upcoming solo exhibition at Maddox Gallery’s Mayfair space will comprise of around 60 pieces – and I get the feeling there are plenty more in reserve. Faceless might be a little too new to be called iconic, but give it time; it’ll get there soon.

As if an extraordinarily popular series of works and a place on one of the most prestigious lists in the world weren’t enough, she’s also published her first book. That said, it seems that the Faceless book was a long time in the works… 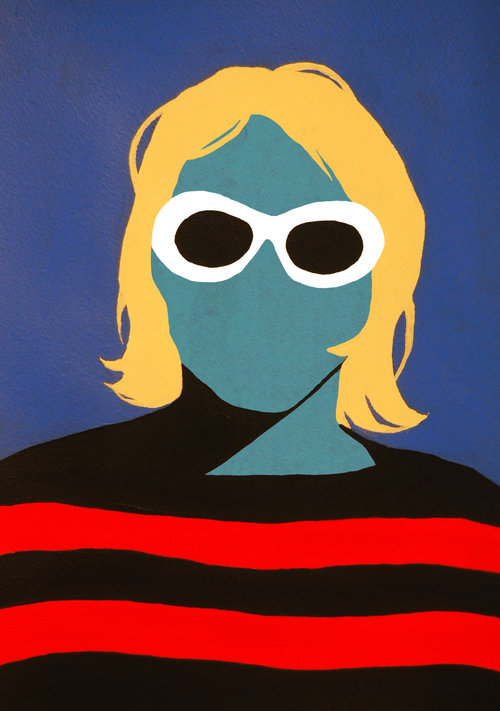 “Years and years ago,” explains Coco, “I had the dream to create a book. I just didn’t have an idea what it should be about. Then my publisher asked me where my characters, my Faceless creations, came from – how did they come into my life? For me, it’s vital to explain how important these figures are… and so the book went from there.”

The answer, in case you were wondering, isn’t simply that the Faceless are famous. They generally are, otherwise the style simply wouldn’t work. I don’t know what your mum looks like, but I can pick out the late Karl Lagerfeld’s silhouette at a line-up. No, for Coco, it goes beyond that.

“At one moment in my life, each of these people has inspired me. At different stages in my career or personal life they’ve been who I’ve looked up to. Faceless is my tribute to them.” And that makes for one hell of a tribute.

If there’s one thing that comes from talking to Coco, it’s just how unassuming she is. She never expected to be on the Forbes list; she freely admits the serendipitous beginnings of her Faceless series and, during our interview she’s effortlessly charming. Perhaps the biggest tell though is in her actual name.

Where does ‘Coco’ come from? The obvious answer would be Chanel, especially given her series includes designers of her calibre. But no. “It’s from Sesame Street!” She means of course the furry blue monster we know as Grover. “I loved him ever since I was little… so I used his name!”

Well, someone named after a muppet is now in the Forbes’ 30 under 30. If that isn’t worth celebrating, nothing is.

Coco Dávez is holding her first solo exhibition at Maddox Gallery’s flagship Mayfair gallery throughout May. Find out more at maddoxgallery.com and cocodavez.com.