Don’t let self-isolation become an excuse for a lack of culture; while Trate may be one of the few private artists hosting his own virtual tour of his works, some of the most important galleries in the capital and beyond are ensuring that you get your daily dose of high-brow viewing. Here are the ones that we’ll be using to save our sanity. It’s kind of like being out the house. 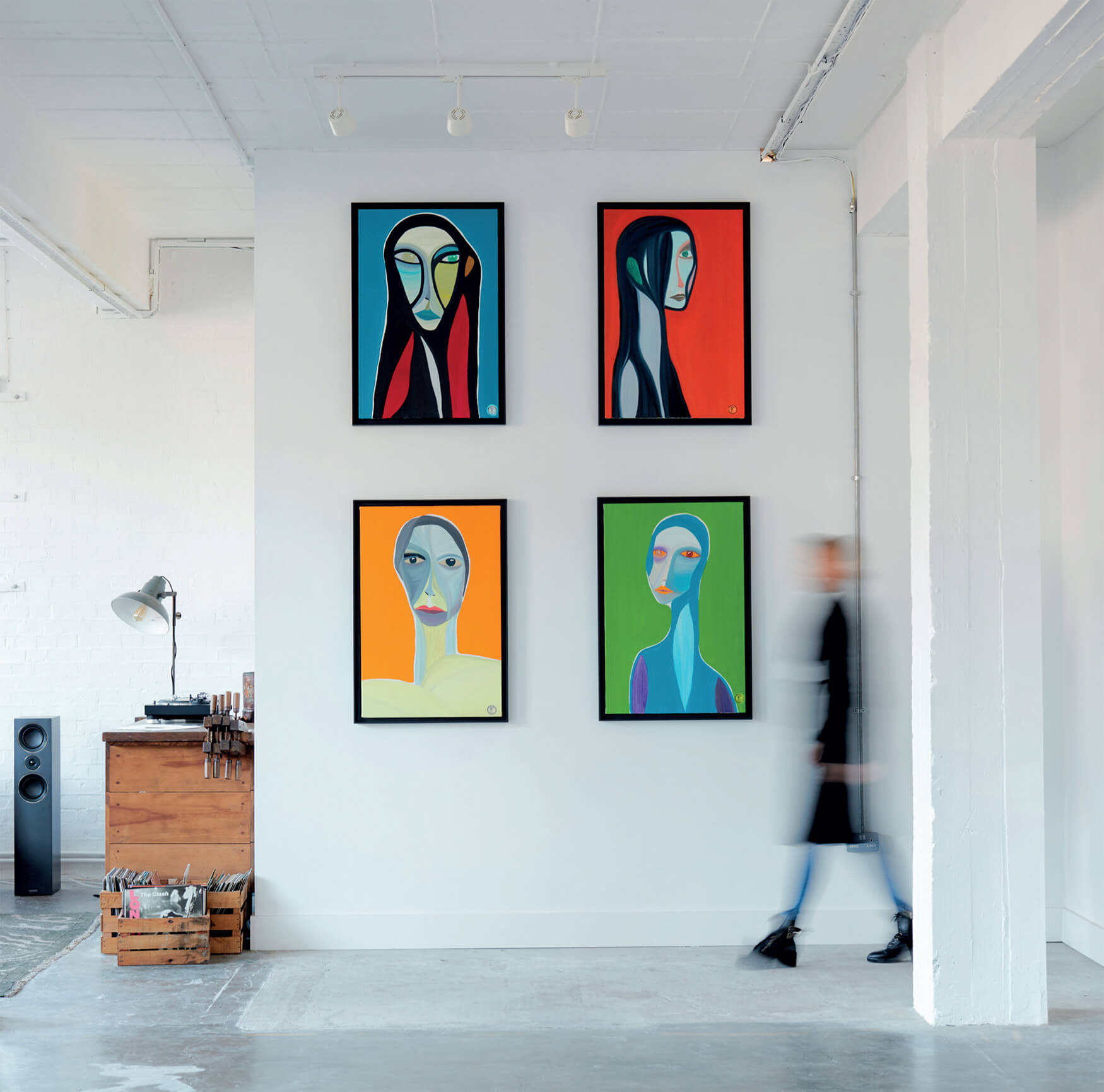 It’s official, we’re in full lockdown. That means no leaving the house for anything bar an emergency and scant social contact. If it’s not getting to you by now, it will be soon. Cabin fever is a serious issue.

Yet if you’re an art lover there is at least something other than Netflix and puzzles to keep you occupied, as come 9 April, artist Trate will be launching his own virtual tour of his latest collection of pieces, Technicolour Malaise.

It’s a fitting name at a time where we’re all in a bit of a malaise ourselves, stagnating indoors with a growing sense of fear that the pandemic can only get worse. Despite being created before Covid-19 terrified its way into our collective hearts, Technicolour Malaise taps into that same unsettling sense of the times.

The collection is, in a word, haunting, despite the playful colours and almost childlike character – or, more accurately, because of them. It’s a style at the centre of the Canadian artist’s work, reimagining human forms in a visibly alien way. Yet despite the feel of an outsider looking in, the subject of each painting is something everyone can understand – basic human characteristics like fear, hope and, fittingly, isolation.

Traits, naturally, are where Trate gets his alias from. It’s also something that can be clearly seen in Technicolour Malaise itself. Death’s Dream Kingdom, for instance, references a line from TS Elliot’s The Hollow Men, a haunting poem here interpreted with an oddly alluring but no less unnerving image. Despite the sense of a beautiful figure, the torso is contorted, at odds with the solid stare of the eyes.

A more obvious menace comes in Languid Threat, a similarly contorted figure but darker, eyes half hidden and secretive. Less secretive is the background of stark warning red, a contrast with the pallid blue complexion of the potential assailant. 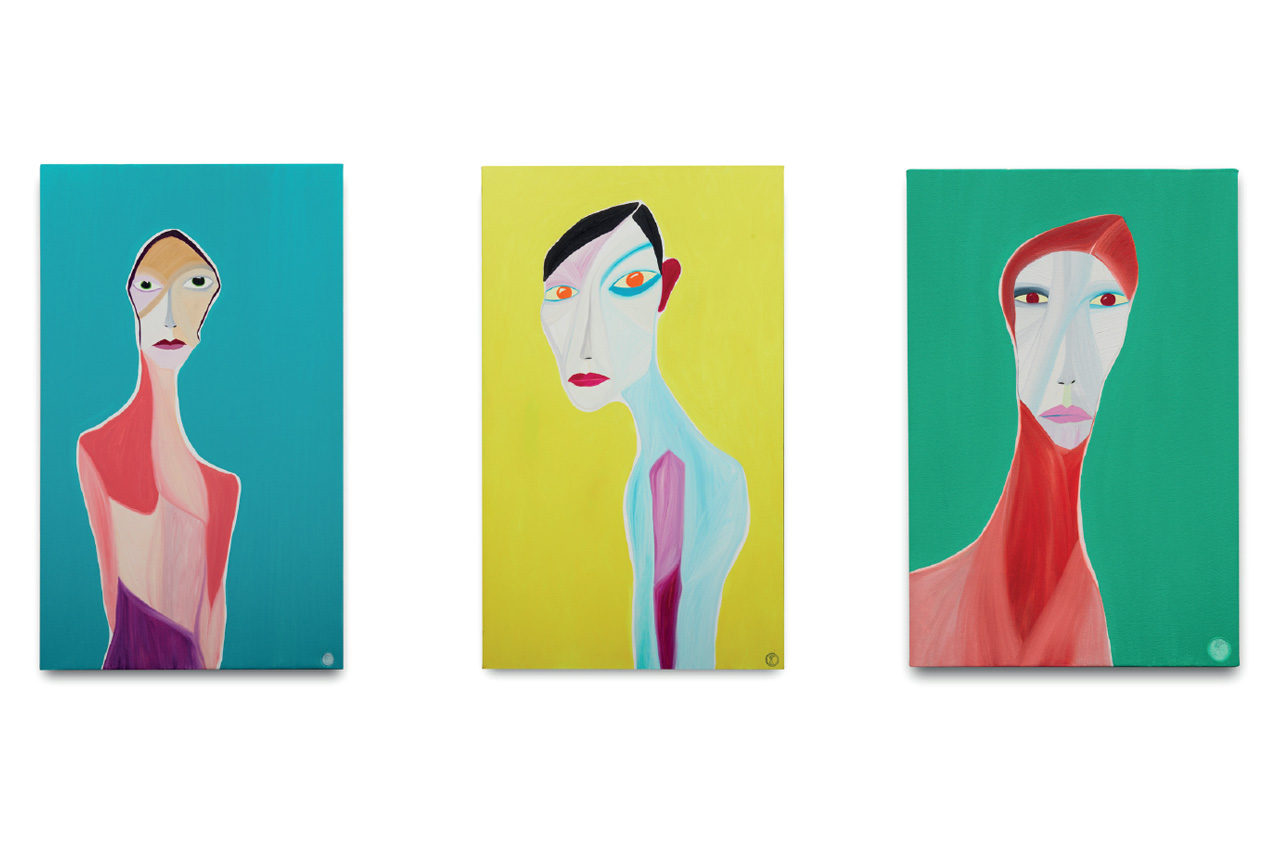 Possibly the most terrifying though is Ethereal Consumption, whose grey-backed foreground has a figure seemingly enshrouded in darkness. The threat is existential, unidentifiable but undeniable all the same – a rather poignant message given today’s context.

These and more from the collection were originally meant to be part of Trate’s upcoming solo exhibition. Obviously, that wasn’t meant to be. That hasn’t stopped the artist though, who has instead decided to showcase his works to the world live from his own studio, a former 18th-century East India Company warehouse. 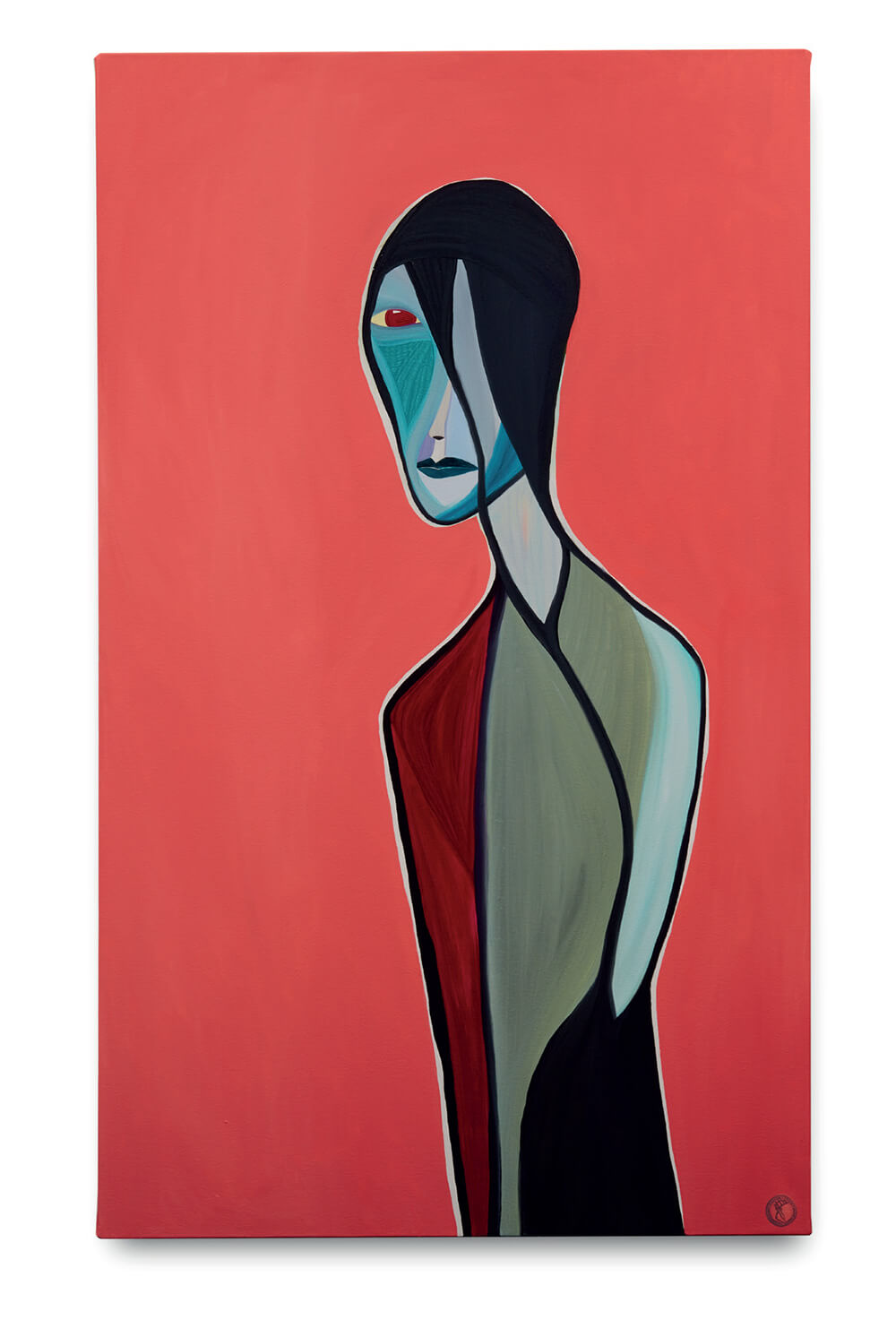 Commencing 9 April and lasting for at least a couple of weeks – there’s currently no firm end date – Trate will be on hand to walk art lovers through his works, explaining the thought process behind each painting and his wider artistic body in general.

As the artist says of the virtual exhibition: “Opening up my live-work studio via an interactive virtual gallery offers me the chance to share my recent work in a highly personal environment; potentially providing artistic solace to those looking for humane distraction during a time of social isolation.”

To view the exhibition, visit the Trate’s website. If you’re particularly interested in adding Trate to your collection – as have many private collectors across the world, from Canada to the UAE – you can also arrange a private virtual viewing at info@aliastrate.com. 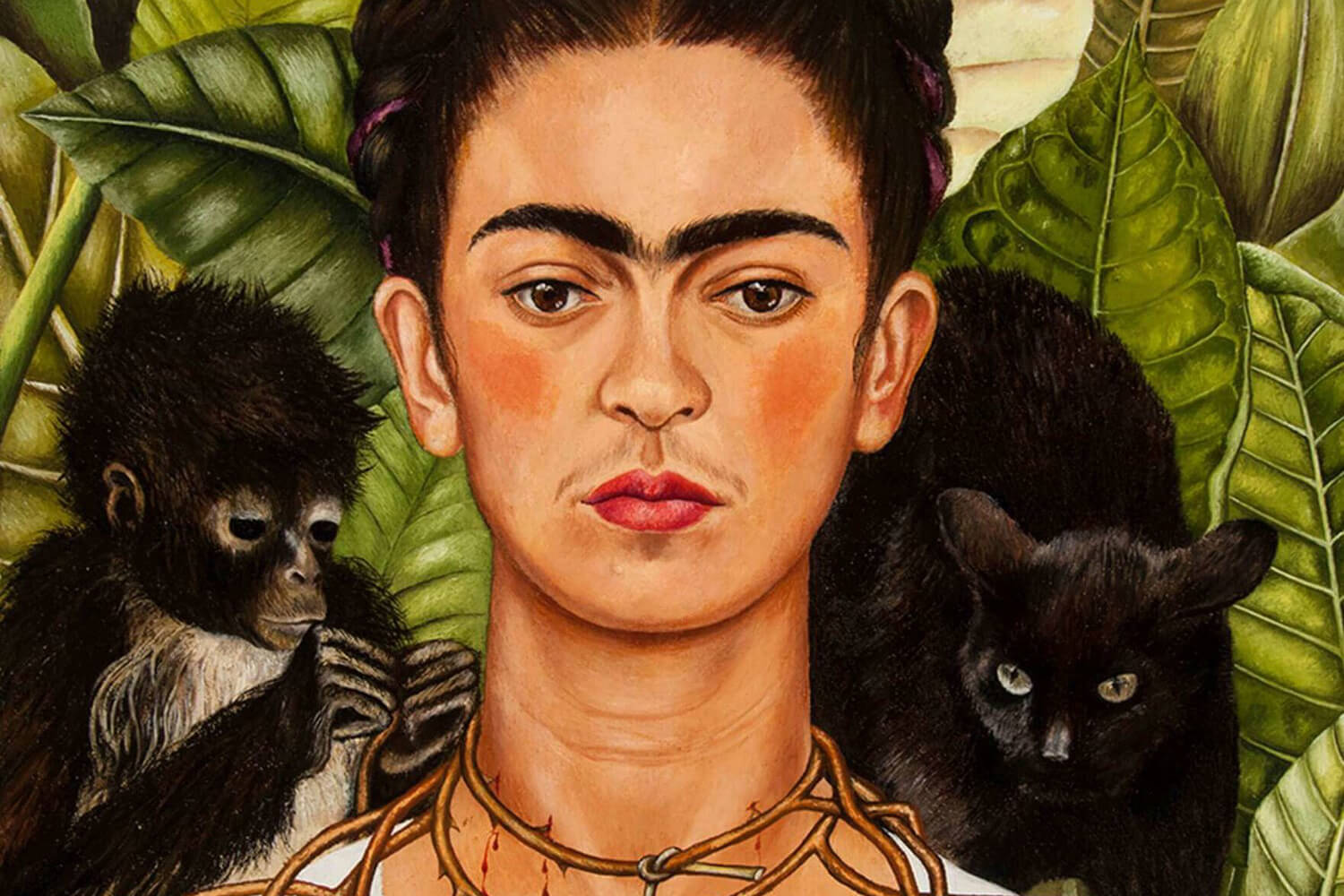 This comprehensive digital-only exhibition, courtesy of Google Arts & Culture, celebrates every facet of Frida Kahlo’s life and works. A collaboration between the Museum of Fine Arts in Boston, Condé Nast’s archives and even the English National Ballet to name just a few, the exhibition doesn’t just host much of the Mexican artist’s vast body of paintings and drawings, but also allows you virtually tour the places she lived and worked. Letters to and from the artist, editorial features and plenty of videos delving into her career, Faces of Frida illustrates just why her legacy is so important. 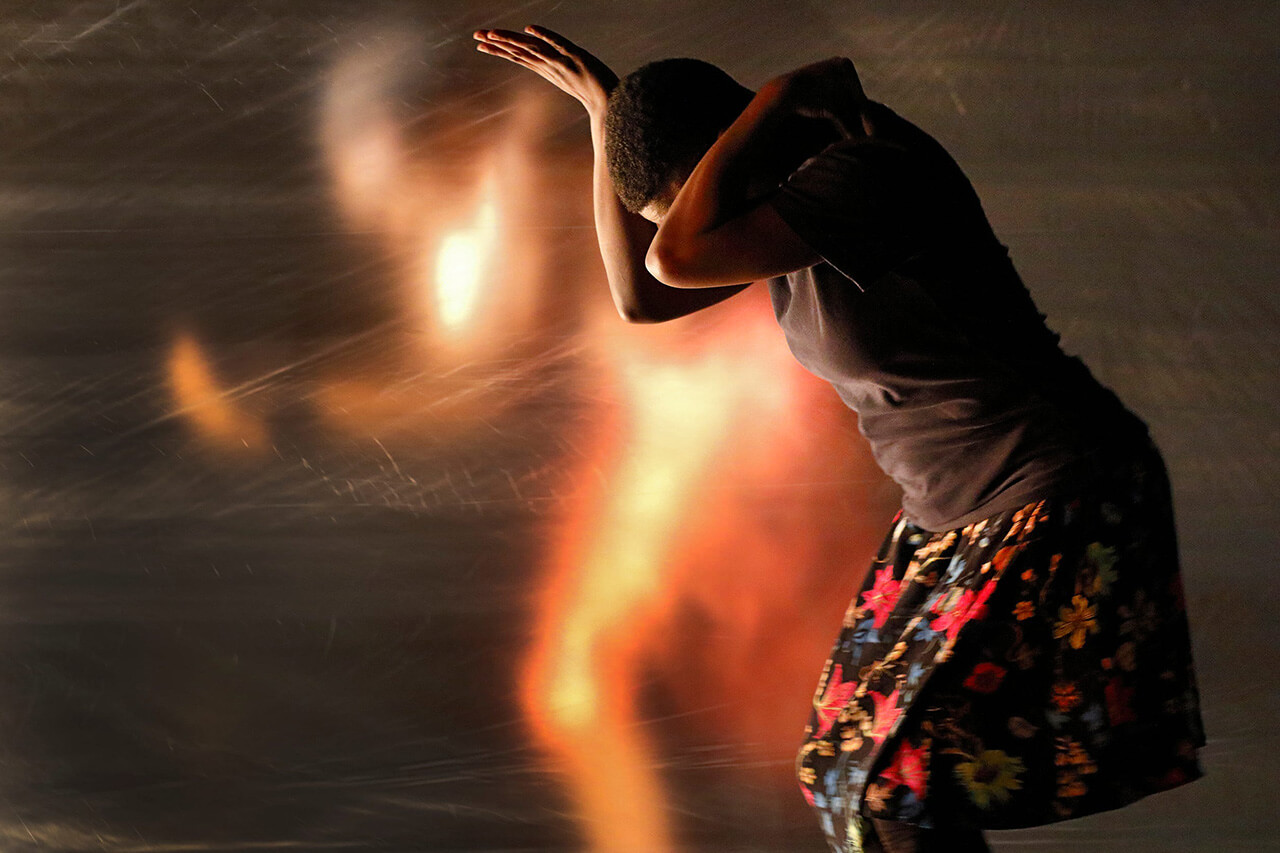 This tour of the temple to contemporary art that is the Tate Modern takes you around the Blavatnik Building – you know, the tall one with the viewing platform – to take in the free displays. It’s a fantastic snapshot of just why the Tate is so important. And it has Nick Grimshaw hosting. I don’t know if that’s a positive or not, but if you avoid the chap like the plague (I wouldn’t blame you), there’s also an online-only, one-off performance by Congolese choreographer Faustin Linyekula in the Tanks at Tate Modern. Impressive stuff. 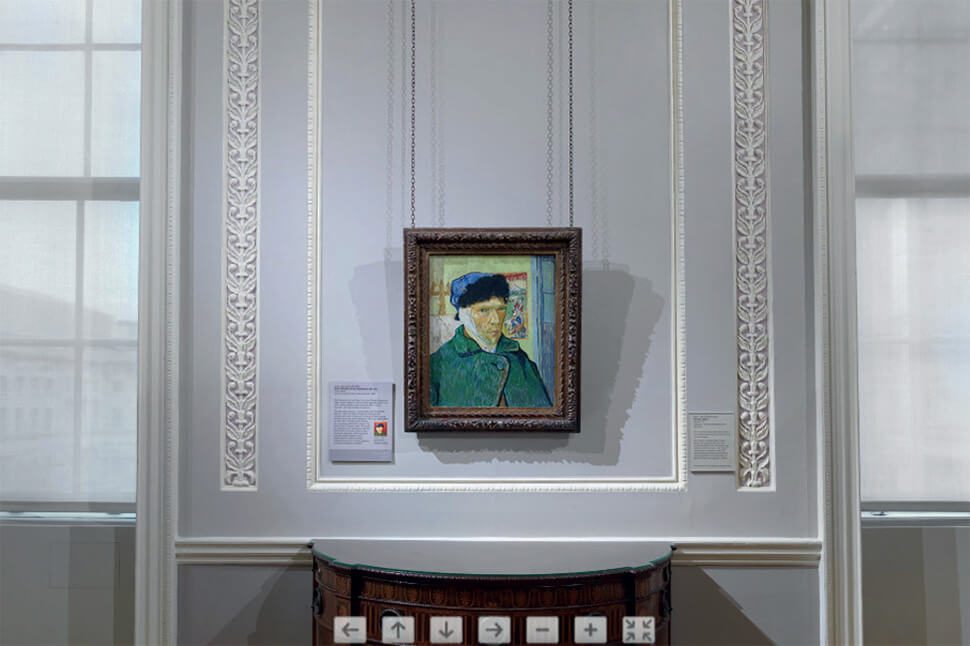 Based in Somerset House, this particular gallery holds an incredibly important collection of impressionist paintings, including Van Gough’s self portrait after his… knife incident. There are plenty more masterpieces besides. Unfortunately it was due to reopen this year and, given current circumstances, won’t be doing so. Fortunately they had the foresight back in 2018 to commit it all to a hard drive, allowing you to take it all in at your own pace – a good thing given there are around 530 paintings to take a look at. 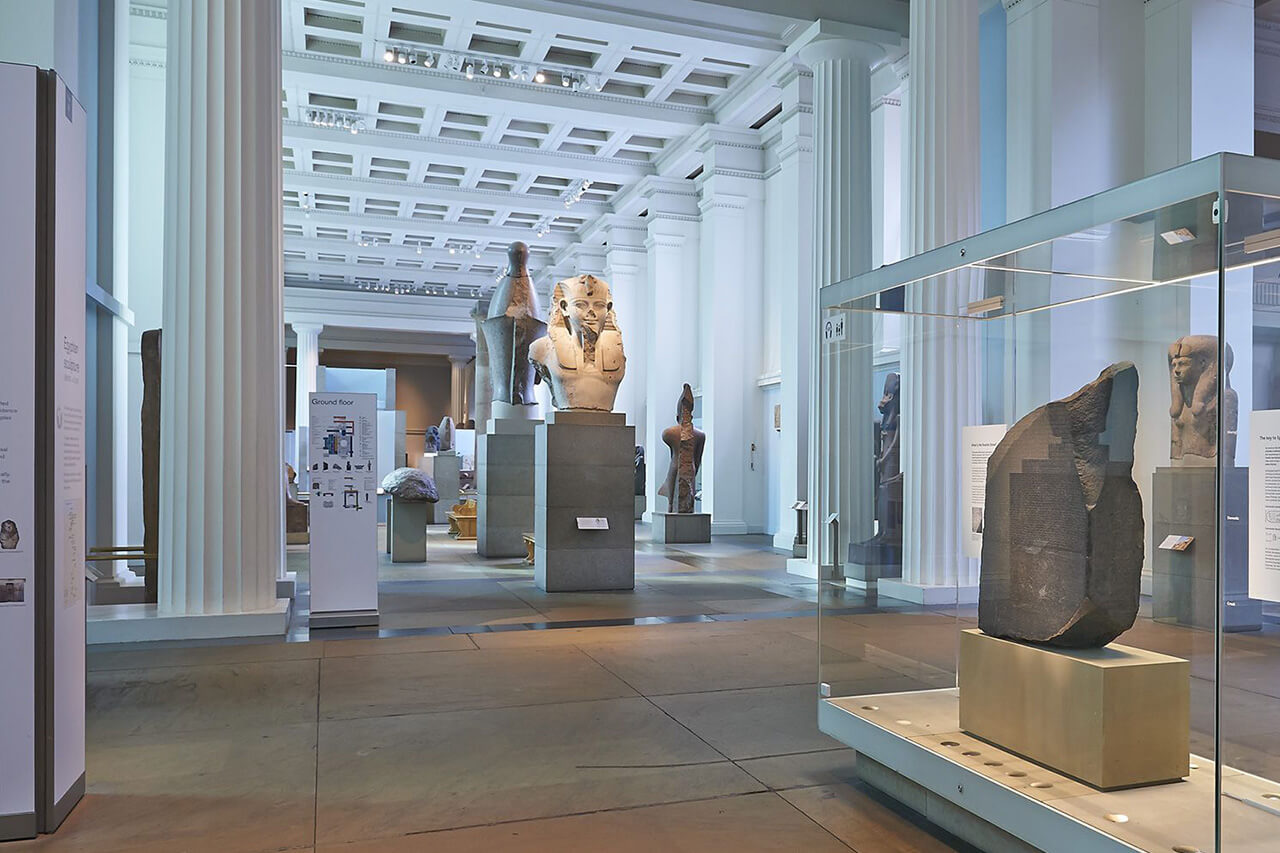 The British Museum is overwhelmingly huge, enough that you simply can’t see it all in a day. Fortunately you have more than a day of self-isolation ahead of you; what better opportunity to virtually view all the exhibitions have to offer? Especially since, leaving the EU, it’s not entirely sure how long we get to keep it all. Take in the majestic chunks of the Parthenon, they might not be there all too soon.