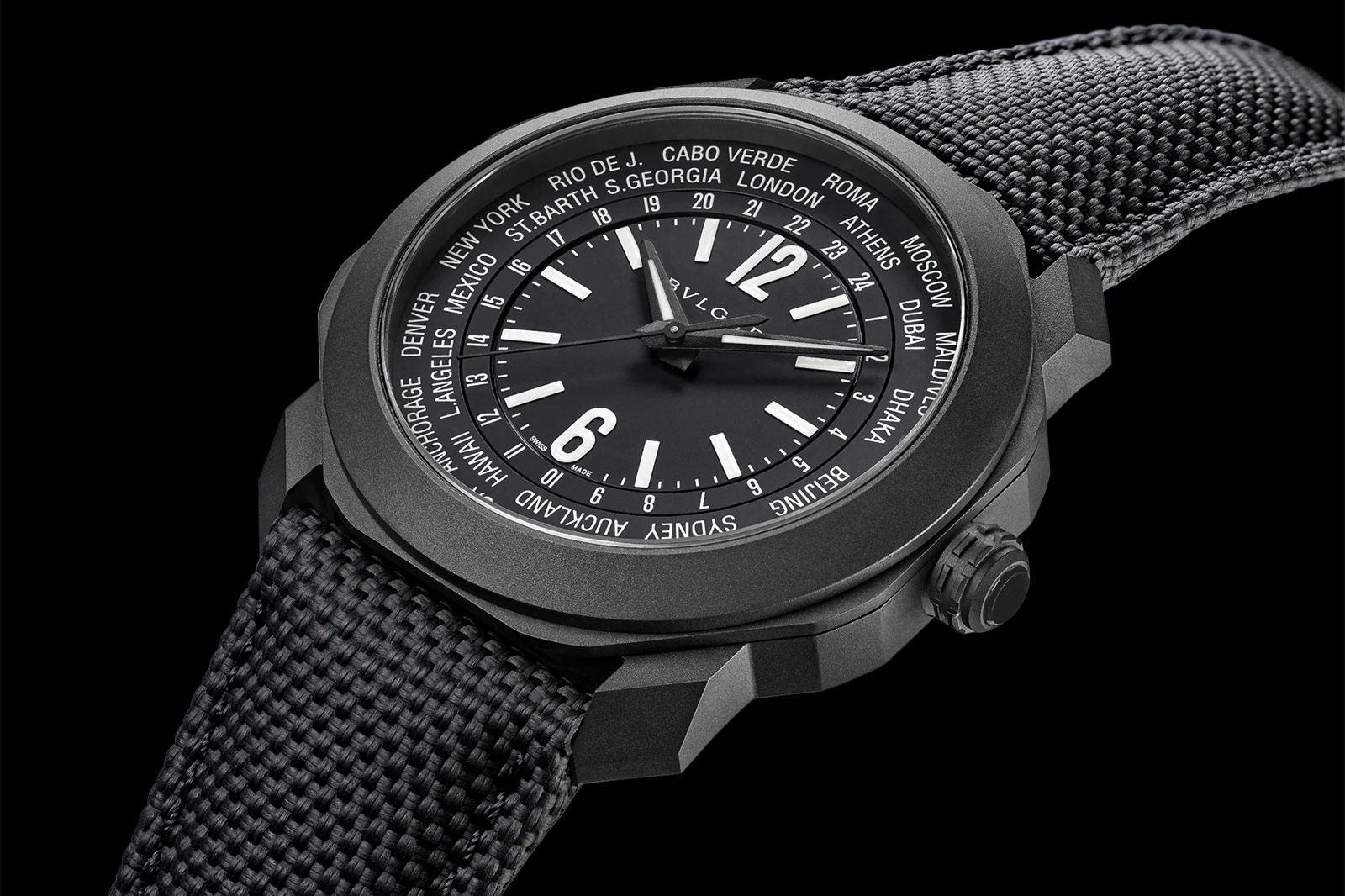 The world has 24 time zones so while being able to instantly tell the time in two or three zones with a classic GMT watch is nice, the worldtimer complication is a step above. Bulgari have released a new worldtimer in their iconic Octo Roma line and it’s as stylish as the globetrotters it’s designed for, with a Bulgari twist.

Looking at the case, it’s signature Octo Roma through and through. 41mm of stainless steel in an octagonal shape with a round bezel and alternating satin-brushed and polished surfaces. There are two versions on offer, with the first being a bare steel option and the second giving it a black DLC coating for a stealthier and more robust appearance. 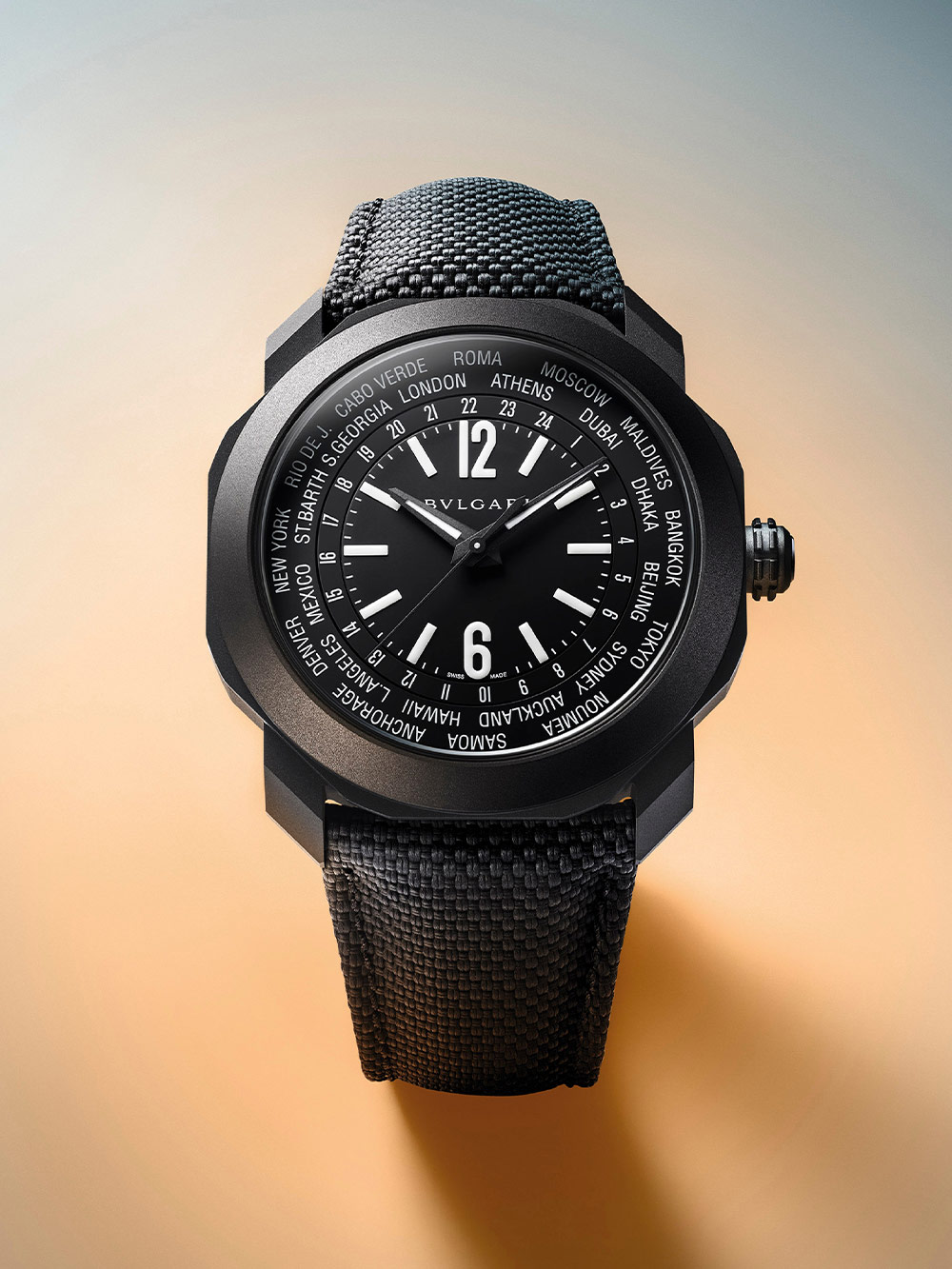 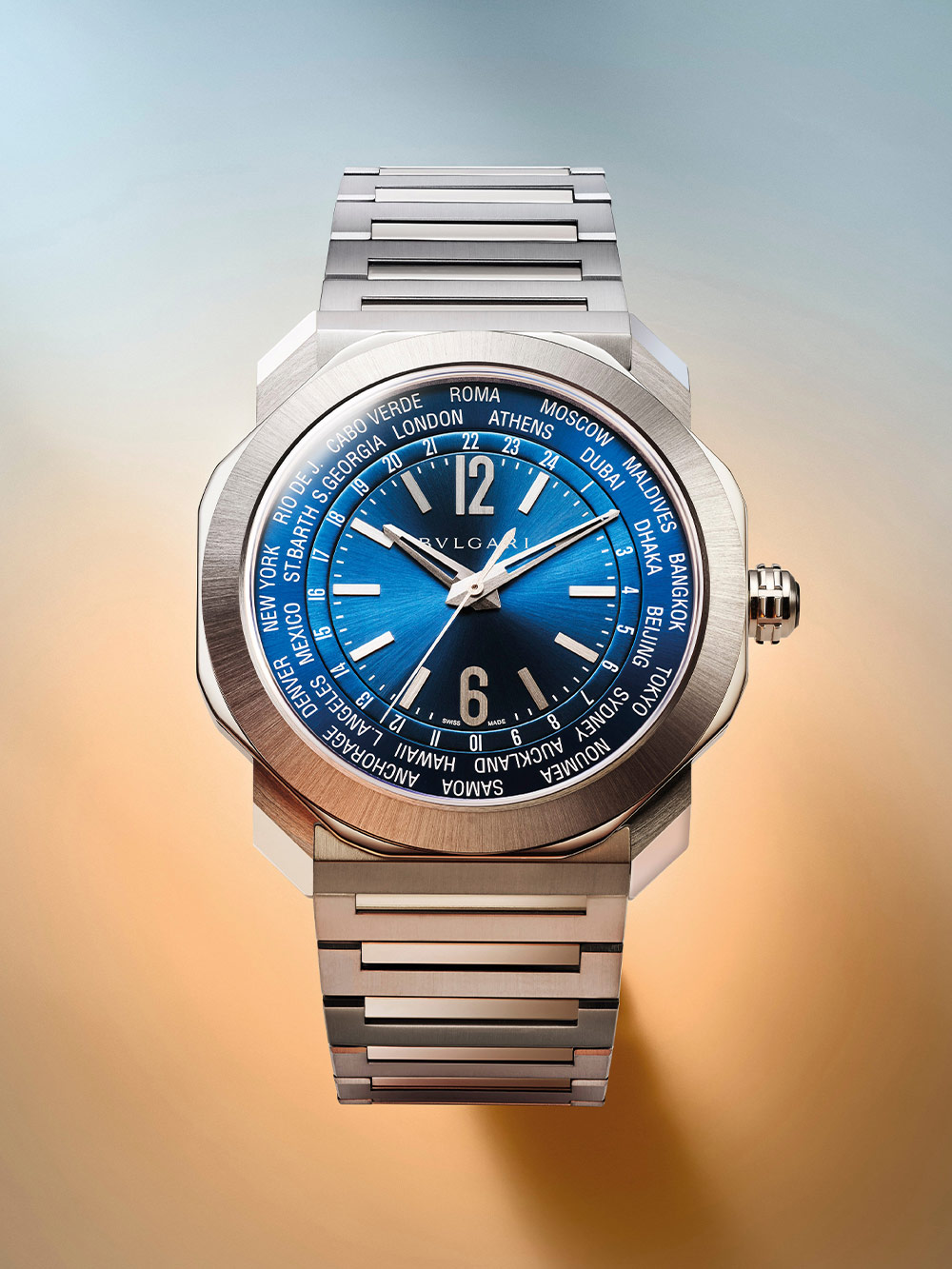 Similarly, the classic steel has a vibrant blue dial and the DLC version has a black one. Both of them look cool and while my preference towards subtly would usually favour the black version, there’s something magnetic about the electric blue that I can’t help but love. Especially since the three ring layout looks great in brighter colours.

The central ring, or inner dial, is a simple hours, minutes, and seconds setup with 12 and 6 denoted by Arabic numerals and the rest with baton hour markers. Orbiting this display are two rotating rings, the first being a 24-hour scale and the outer being 24 time zones as represented by cities. Using the crown, you can then move the cities and scale around to wherever home is, or any other part of the world you want to keep tabs of the time in. 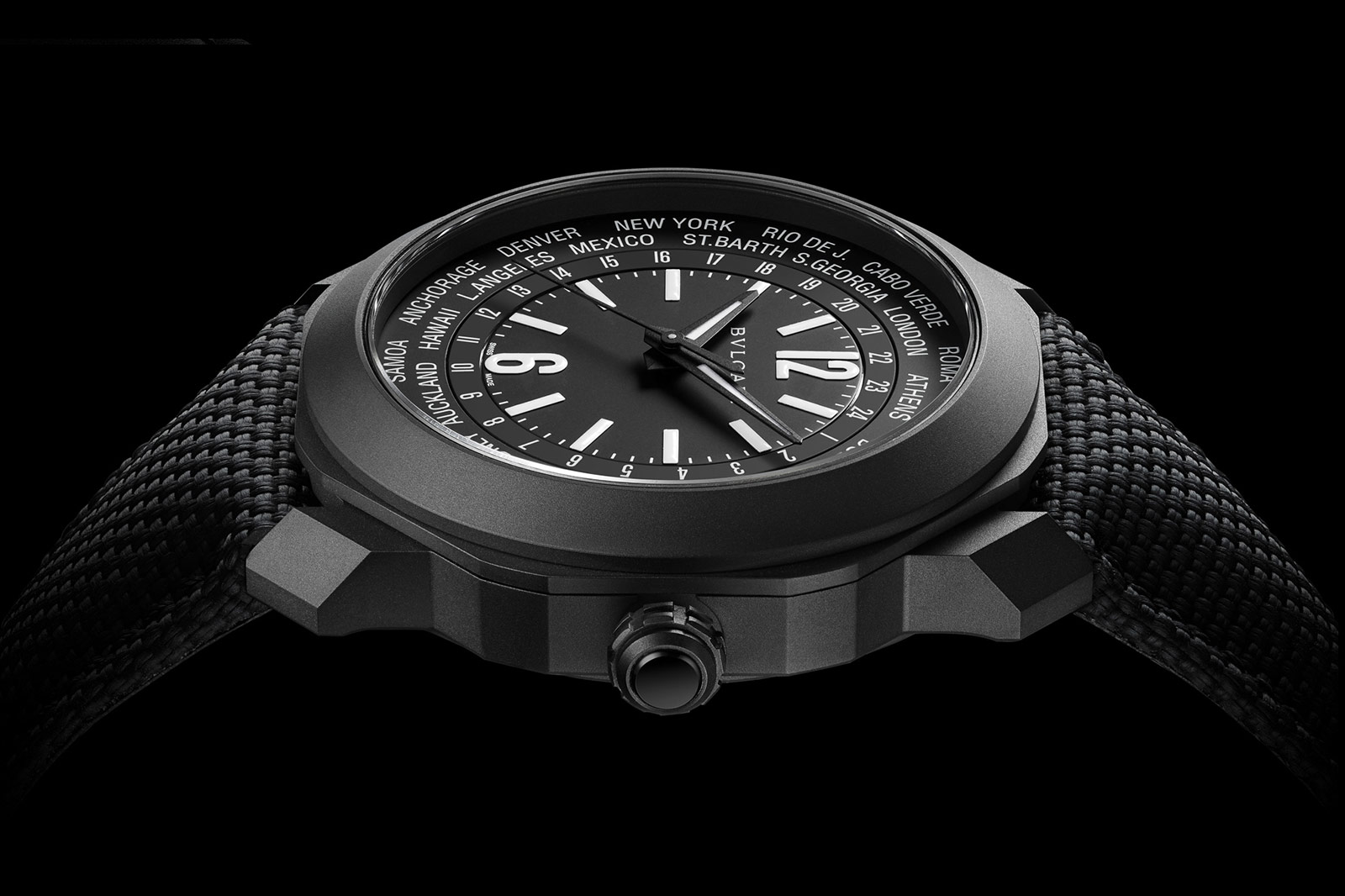 Finding a list of cities is fairly common on worldtimers but Bulgari have added a little extra flair to theirs by picking one of the most luxurious cities or locations from each time zone. For example, the Caribbean is signified by St Barts, a destination renowned for its white sandy beaches. Overall, they’ve opted for the places that are home to Bulgari hotels or where they’re planning to open one. So, if you’re a diehard Bulgari fan and need constant reminders of where in the world you can visit safely, this is a handy guide. 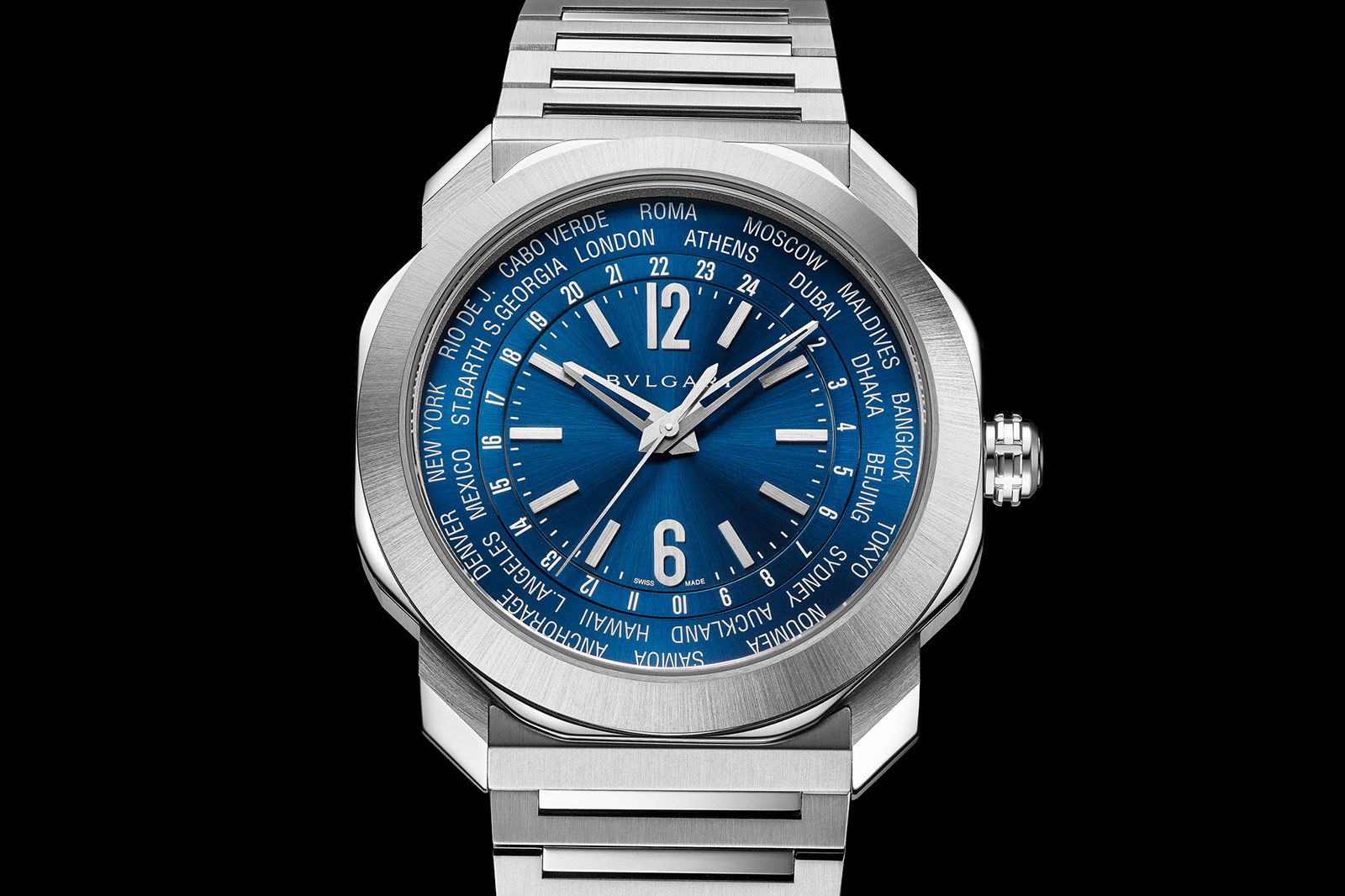 Housed inside is a new movement, the BVL257 automatic calibre with hours, minutes, seconds, 24-hour scale and 24 time zones. It has a 42-hour power reserve and a 4hz frequency all with a thickness of 6.03mm, maintaining the slimness of the Octo Roma collection, albeit no comparison to Octo Finissimo calibres which are half that thickness like the Perpetual Calendar from earlier this year. 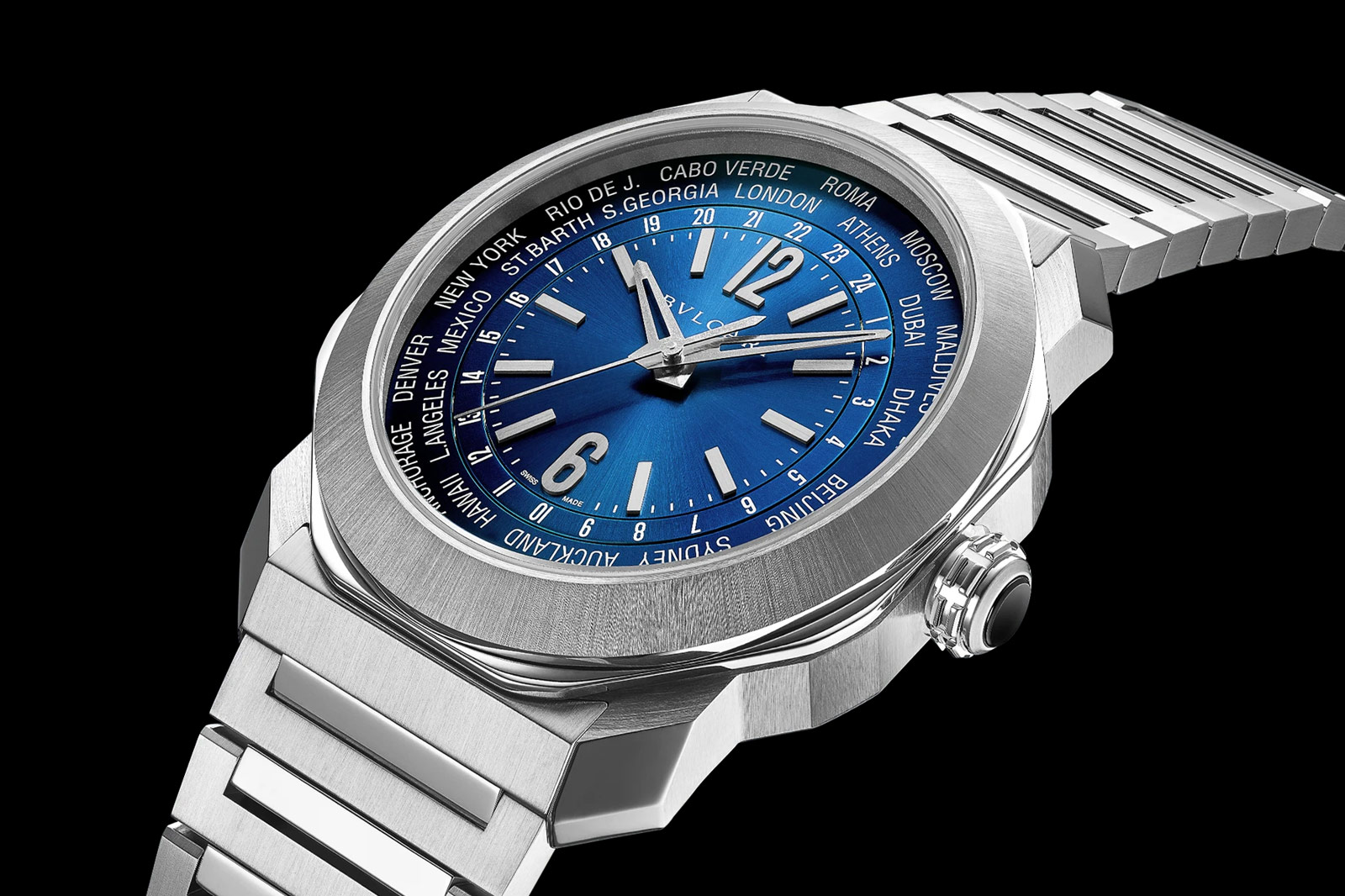 Both versions are priced at £7,100, which is a mid-range price somewhere between the basic Octo Roma and the more expensive haute horological Octo Roma Finissimos. Although if your budget is a bit lower, Bulgari have also expanded their regular GMTs with a new Aluminium model.  International travel might not be on the cards in a big way just yet, but Bulgari are ready for when it is.