It’s been one hell of a year. Demand for watches old and new has been voracious, with record-breaking auctions on one hand from things like the recent Phillips sale in Geneva and everything A Collected Man touch, and record-breaking queues for a certain collaborative watch, the fact is that there’s just far too much for us here to touch on ourselves.

So, we passed the job off to the industry insiders, journalists and watch lovers that we’ve worked with over the last 12 months. It’s not passing the buck; it’s creating an authoritative round-up. Without further ado, here are the most important watch moments of 2022. 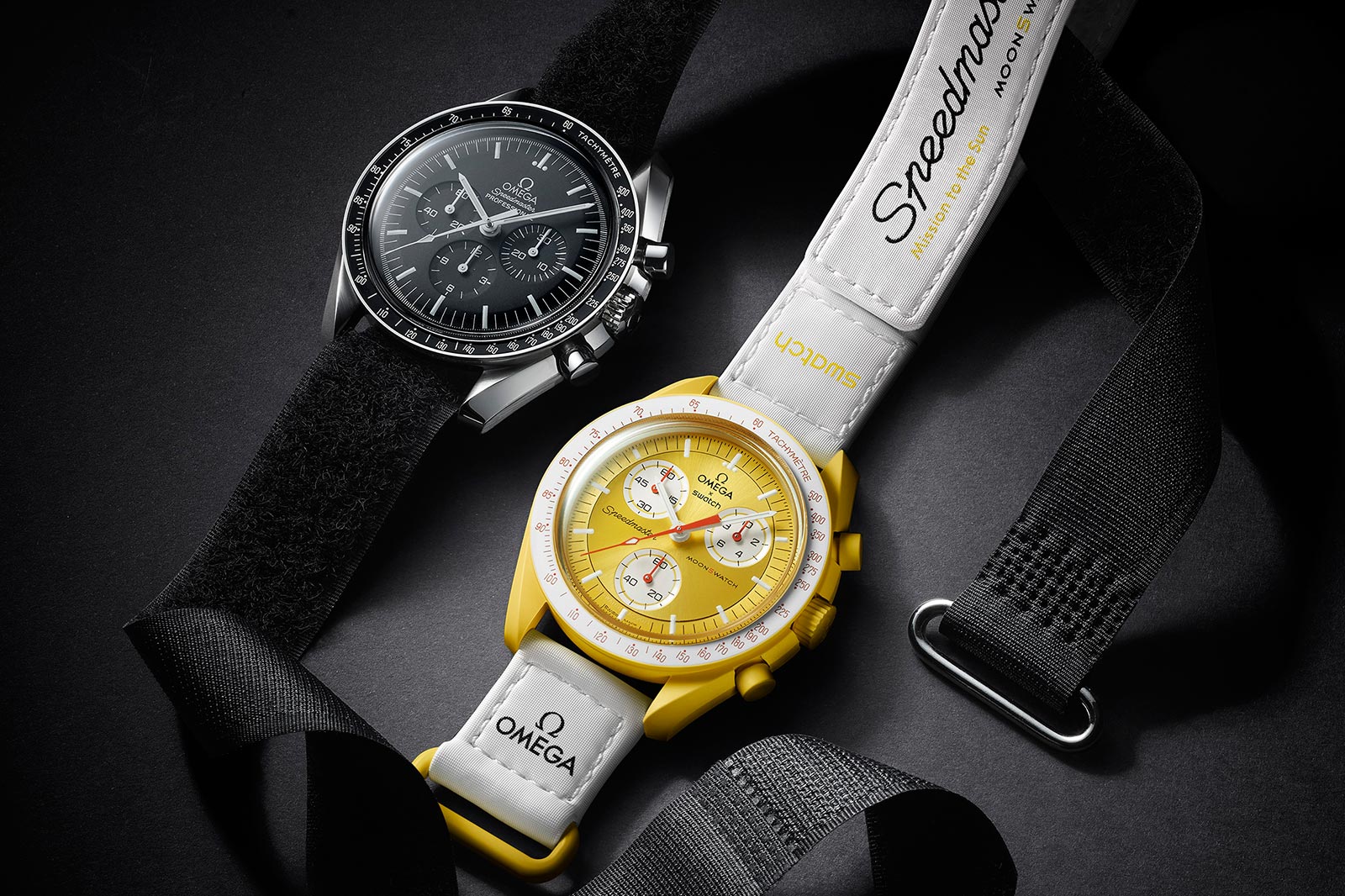 As intriguing emails go, the one that dropped into my inbox at the start of the year was hard to beat extended, as it was, from Swatch Group supremo Nicolas Hayek himself and mentioning, as it did, a Top Secret project.

Days later a group of six of us (myself and five fellow watch journos) were ushered into Omega HQ and warmly welcomed by Mr Hayek who excitedly presided over the genuinely jaw-dropping reveal of MoonSwatch. 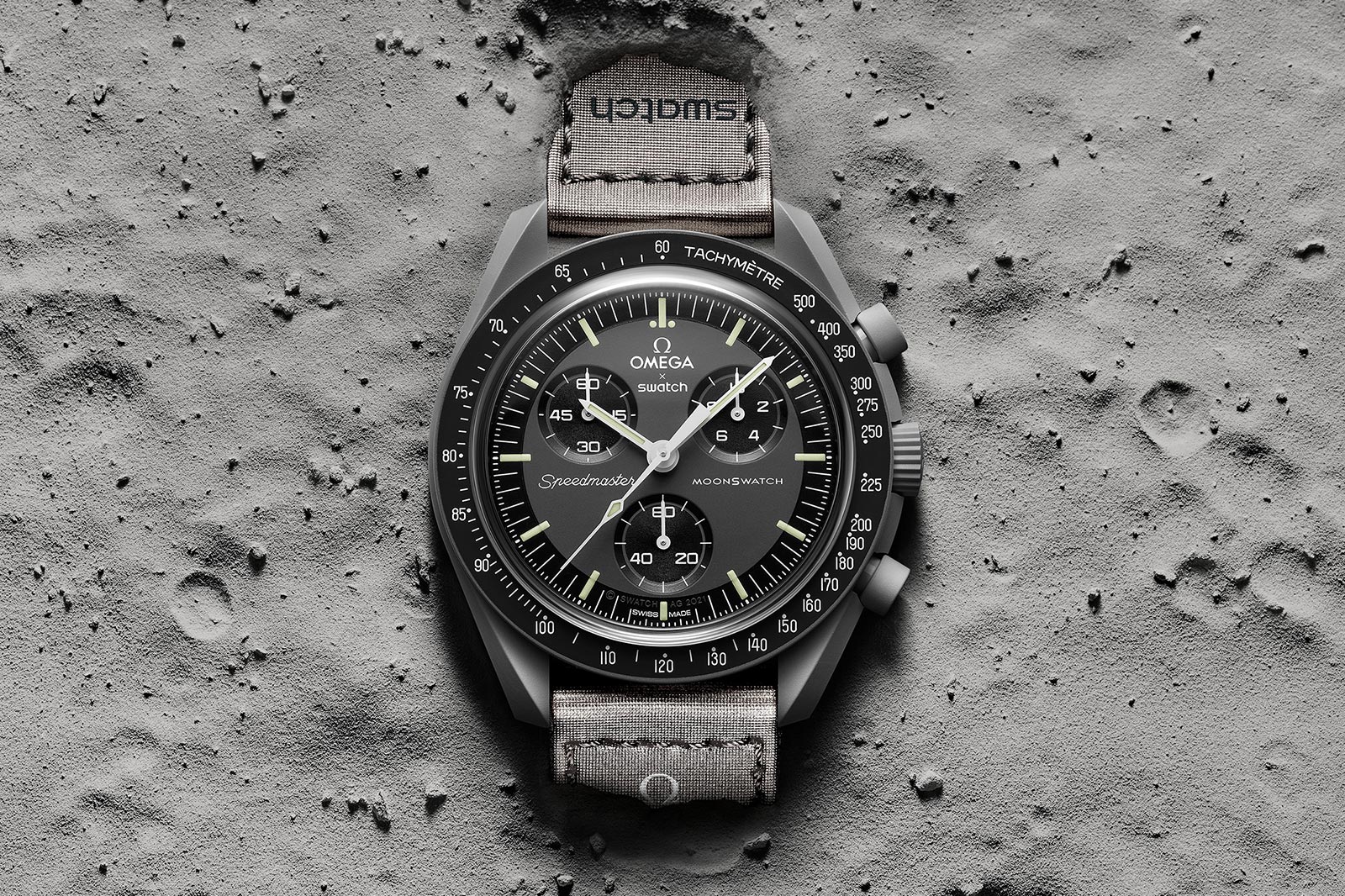 The product itself was incredible enough, but nothing prepared any of us for the ruckus that followed; people camping outside of stores, fights breaking out, bricks and mortar-only supply that has never managed to keep up with demand, those queues are still there. MoonSwatch wasn’t just the year’s biggest watch story, it became a big international news story in a priceless PR coup.

@Horological_Dicktionary recently described the MoonSwatch as a “disposable plastic training watch for kids who don’t have a full watch licence yet” and honestly, I’m fine with that, that’s part of its genius. The MoonSwatch is a gateway Speedmaster for everyone – provided you can get to a store – in an industry where prices are so often exclusionary. 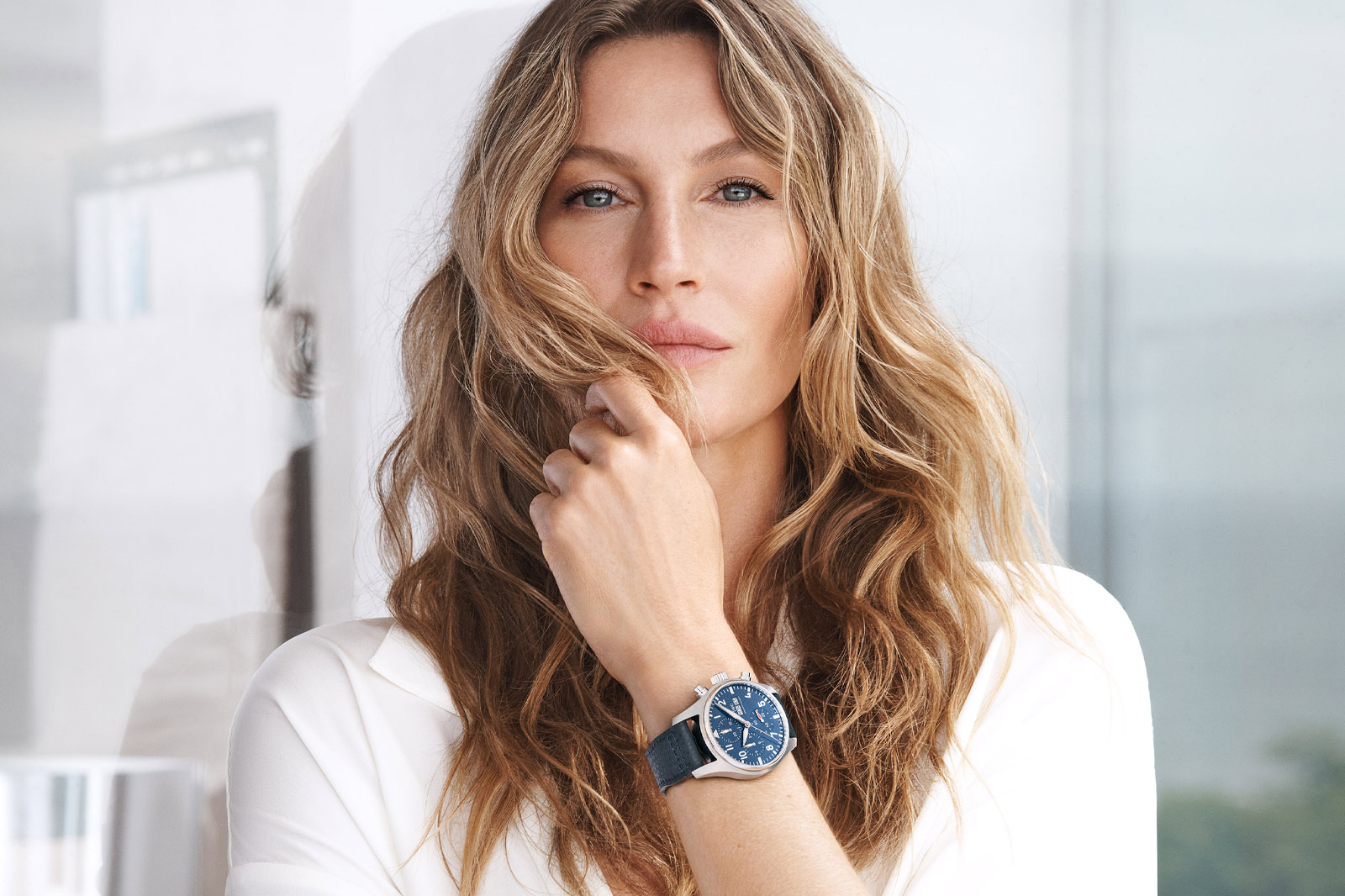 This year has seen a lot of memorable moments: the comeback of physical international shows with Watches and Wonders; the birth of the ‘watch riot’ that accompanied the launch of the super-hyped MoonSwatch; and a British-made watch breaking the CHF4m barrier when the late-George Daniels’ spring case tourbillon sold at Phillips Geneva Auction: XVI.

But beyond these headline grabbers, one of the most satisfying moments of the year for me happened during an interview with IWC CEO Christoph Grainger-Herr for The Telegraph. Within the brand’s 2022 sustainability report, was a chapter relating to diversity within the watch industry, with particular reference to gender equality. Throughout my two decades writing about watches, I have all but given up talking about this with industry leaders because the answer is always the same and to the effect of, ‘there may be a problem, but not in our company’. 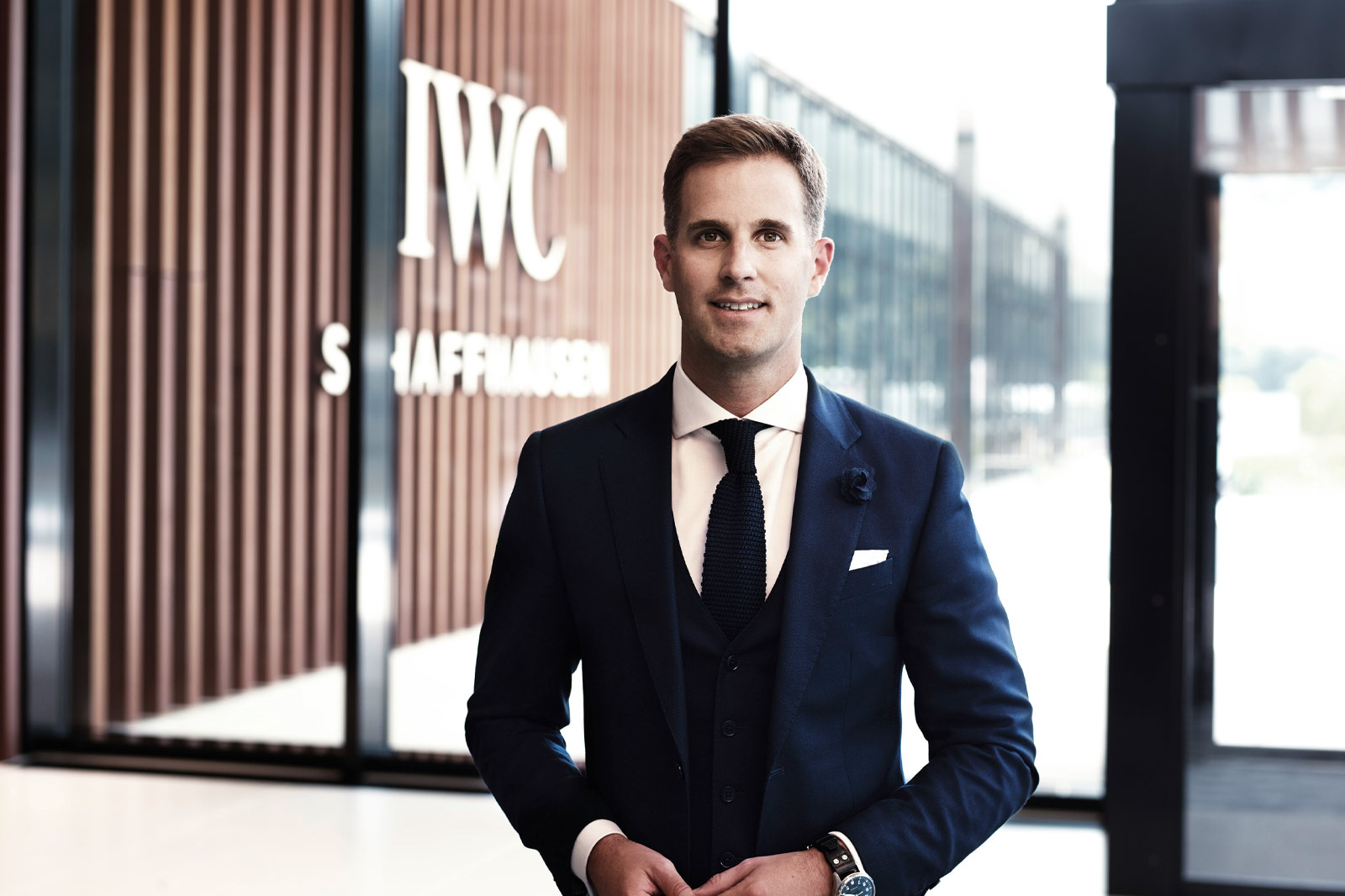 Grainger-Herr, however, addressed the issue head on saying, “It’s very easy for me and others to say, ‘well, we don’t discriminate against anybody. There’s no problem here’. But then you look at the reality of the workplace. We have a huge percentage of women in their late-20s to mid-30s, but when I look beyond 40 there’s hardly anybody. There are so many young women on a good career path until they have children and then we lose them. And again, it’s not because we don’t want them back but somehow making it possible to combine a family and a career is just not coming together.

“It’s not an IWC thing, it’s an industry issue. We need to see what we are losing and what we could gain through that experience and maturity. And we do need to have this discussion because it just doesn’t happen organically to the level that we’d like it to. We may think there is no issue, but when you speak to the people affected, you realise there is still a problem and it does need to be a topic of conversation.”

Gender equality may be a subject that many will never care about, but for me it felt like a breakthrough and a step – albeit a baby step – in the right direction. Bravo IWC!

An Independent on the Rise

Written by: Russell Sheldrake, Editor at A Collected Man 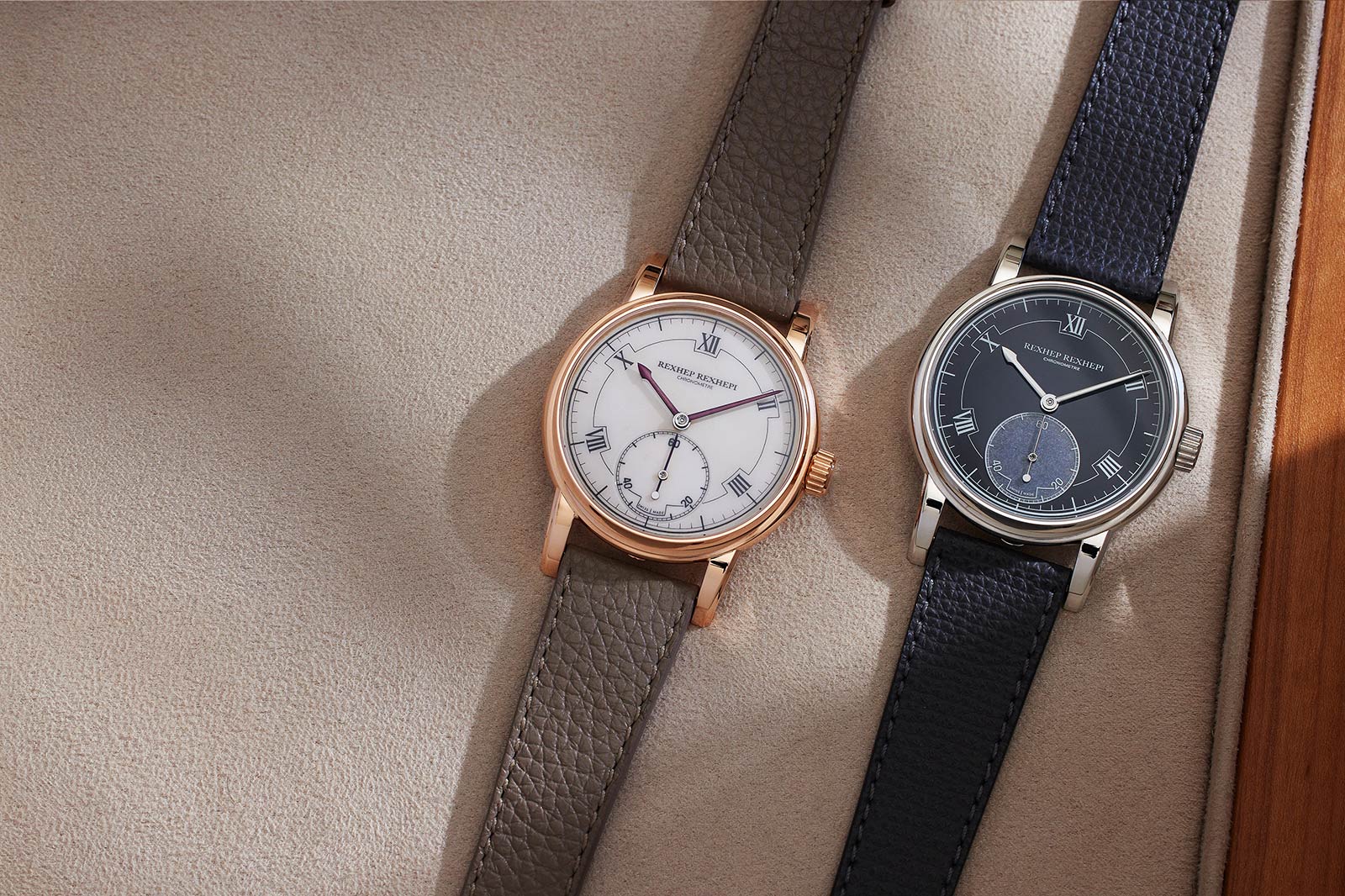 The launch of the Rexhep Rexhepi Chronométre Contemporain II may have passed by some in the watch world. It didn’t come in a hyped shade of turquoise, nor did it have an integrated bracelet, but it still managed to have a demand that far outstripped its supply, with waiting lists stretching back years prior to its announcement.

It could be seen as one of, if not the, most significant release of this year, proving the strength of the independent market and the immense desirability of this young Kosovan’s work. With intricate handwork throughout and a case developed by Jean-Pierre Hagmann, this watch seems to be the perfect sequel to his first eponymous timepiece. The fact that it won this year’s Men’s Watch Prize at the GPHG only helps to solidify its place as a watch worth remembering, even if you may never see one in the wild.

A Return to Normality 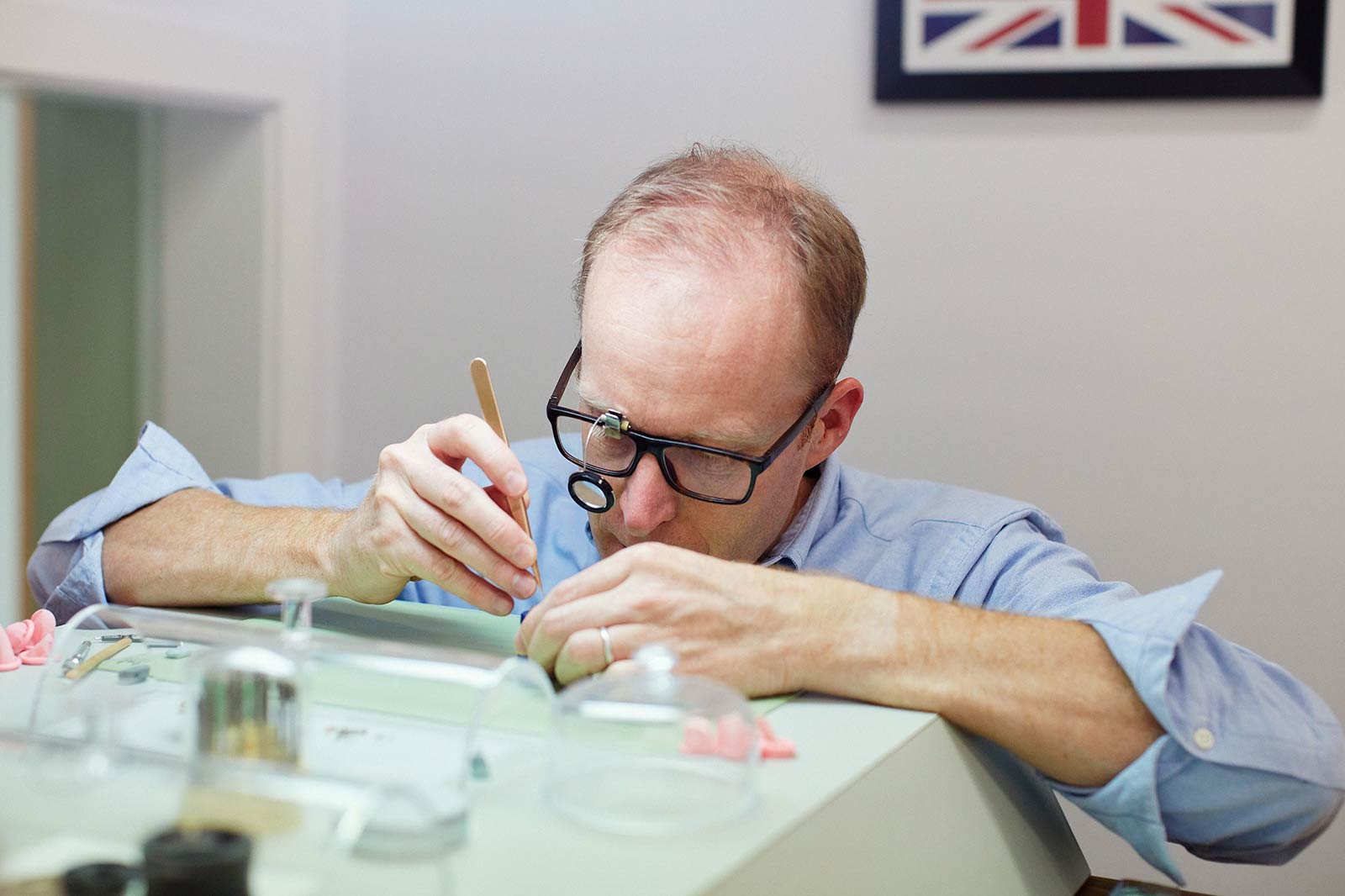 With SIHH, Baselworld and even the Geneva Motor Show being distant memories, getting back to PALExpo for a watch event felt like coming home. Add on meeting up IRL with people who I’ve not seen in years or some I’ve only ever met through a Zoom screen just tied it all together. That along with reaching the milestone of 400 episodes of The Scottish Watches Podcast and having the one and only Roger Smith on for a deep dive on his history after he helped (albeit in a very tongue in cheek way) with the creation of our limited edition watch during the summer. 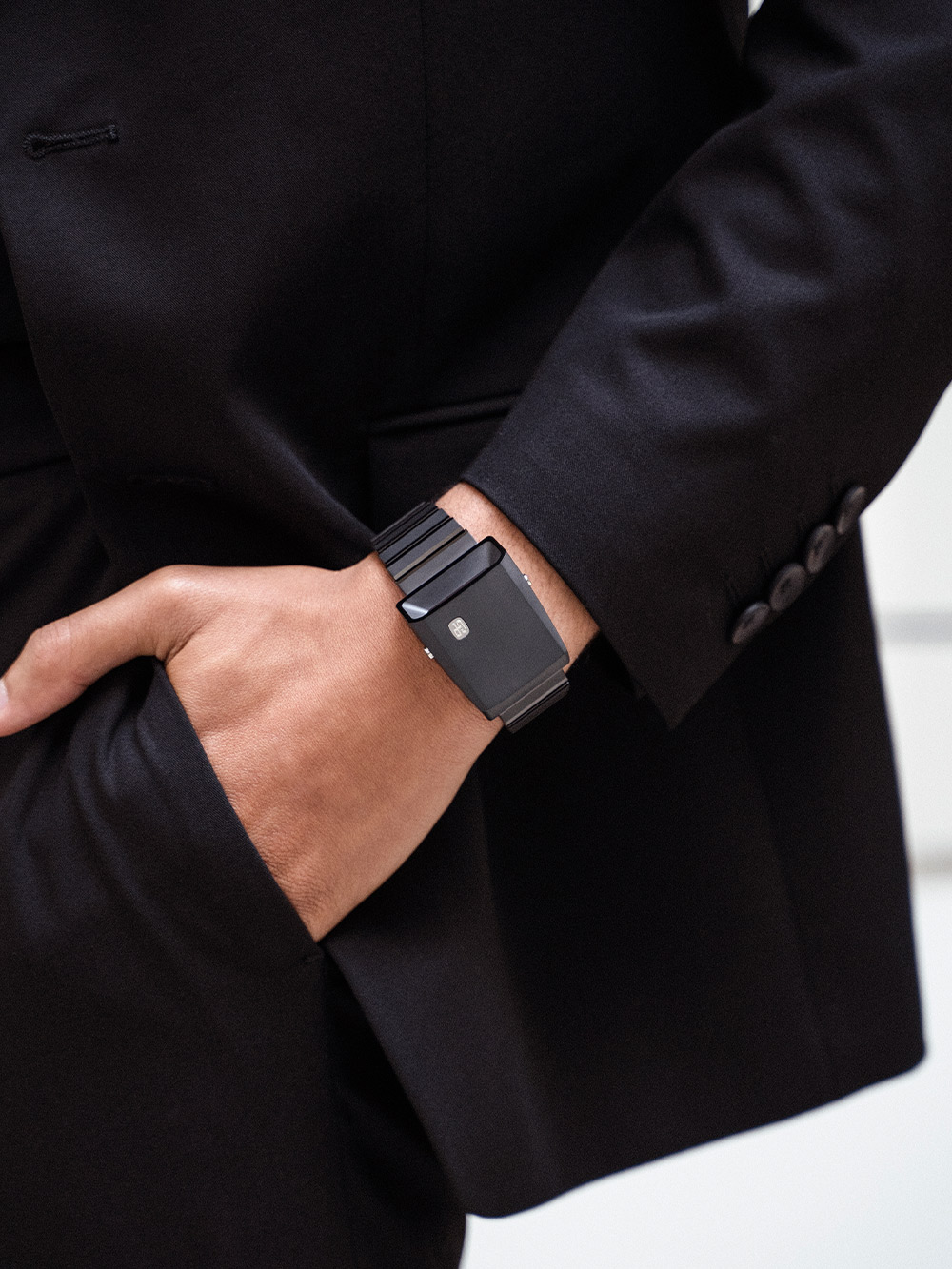 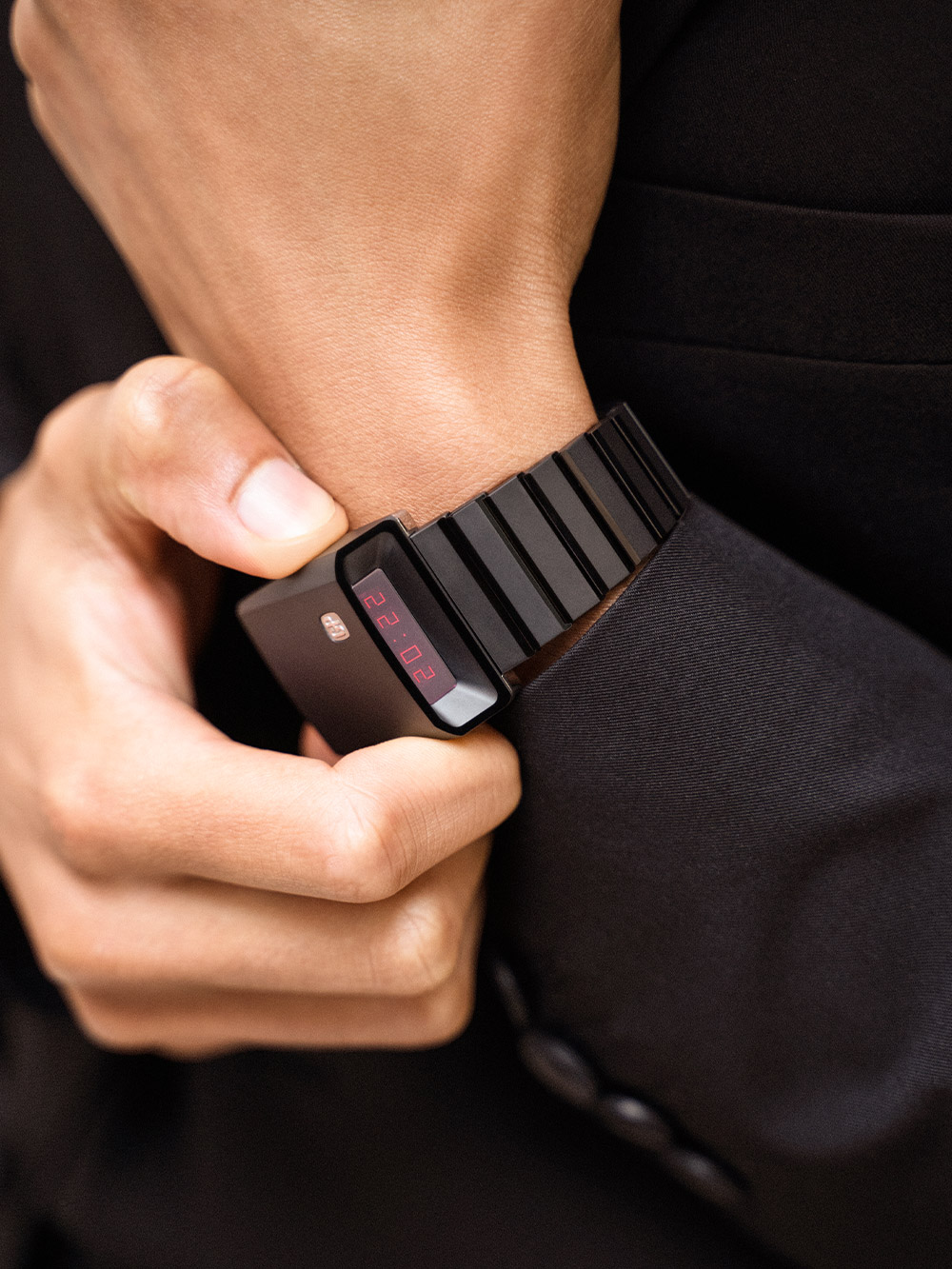 The original Girard-Perregaux Casquette was made from 1976 – 1978. It’s a proper insider pick, not a design that speaks to everyone, plus its quartz (which I happen to love). The original which I managed to snag before this 2022 Casquette 2.0 reissue in Makrolon (a polycarbonate) saw 2,000 made (2,200 were made in gold and 4,000 in steel).

This 2.0 blew the internet up when it dropped, it combined the original design philosophy with modern materials as well as a newly produced and more complex quartz movement with more functionality. I hope GP can continue to surprise and delight now it has full independent status. 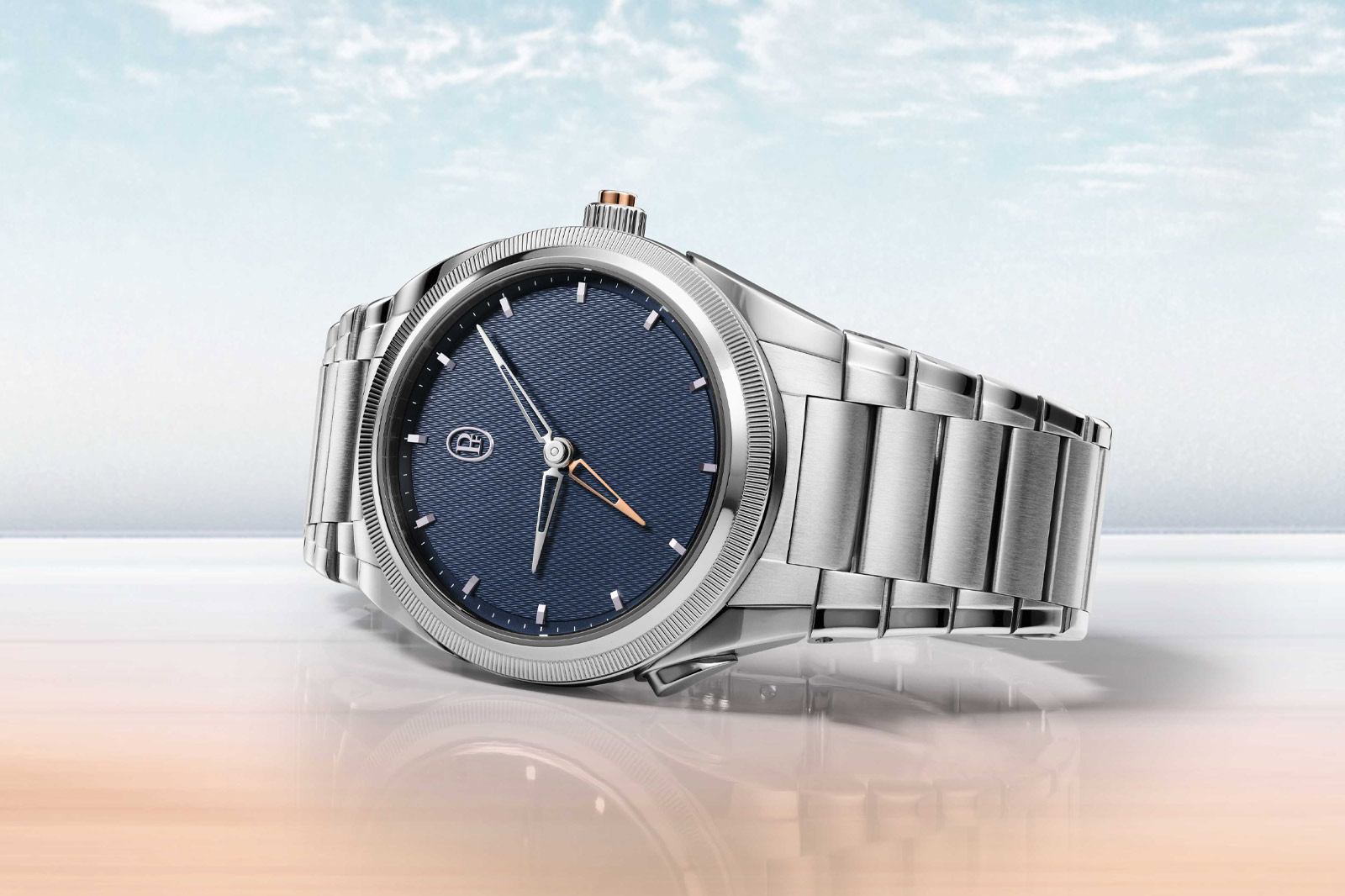 These days, watch launches are peppered throughout the year, making for constant editorial newness (great!) yet rendering my Watches & Wonders notes a mere fraction of 2022’s prodigious output, and thus an unreliable cheatsheet (great). Praise be, then, for Parmigiani Fleurier’s Delorean in case form, with flux capacitor in GMT hand form – still the best since March, hands-down. Pun intended; for the sheer elegance of tucking the home hours away, behind the local hours, subtly and also wittily, given the golden glow of said hand, relating to where your heart will always reside. Michel Parmigiani’s long-rudderless enterprise has finally found its true path – and where he’s going you don’t need roads.

The Poetry of Time

Written by: Scarlett Baker, Editor-in-Chief at The Next Hour 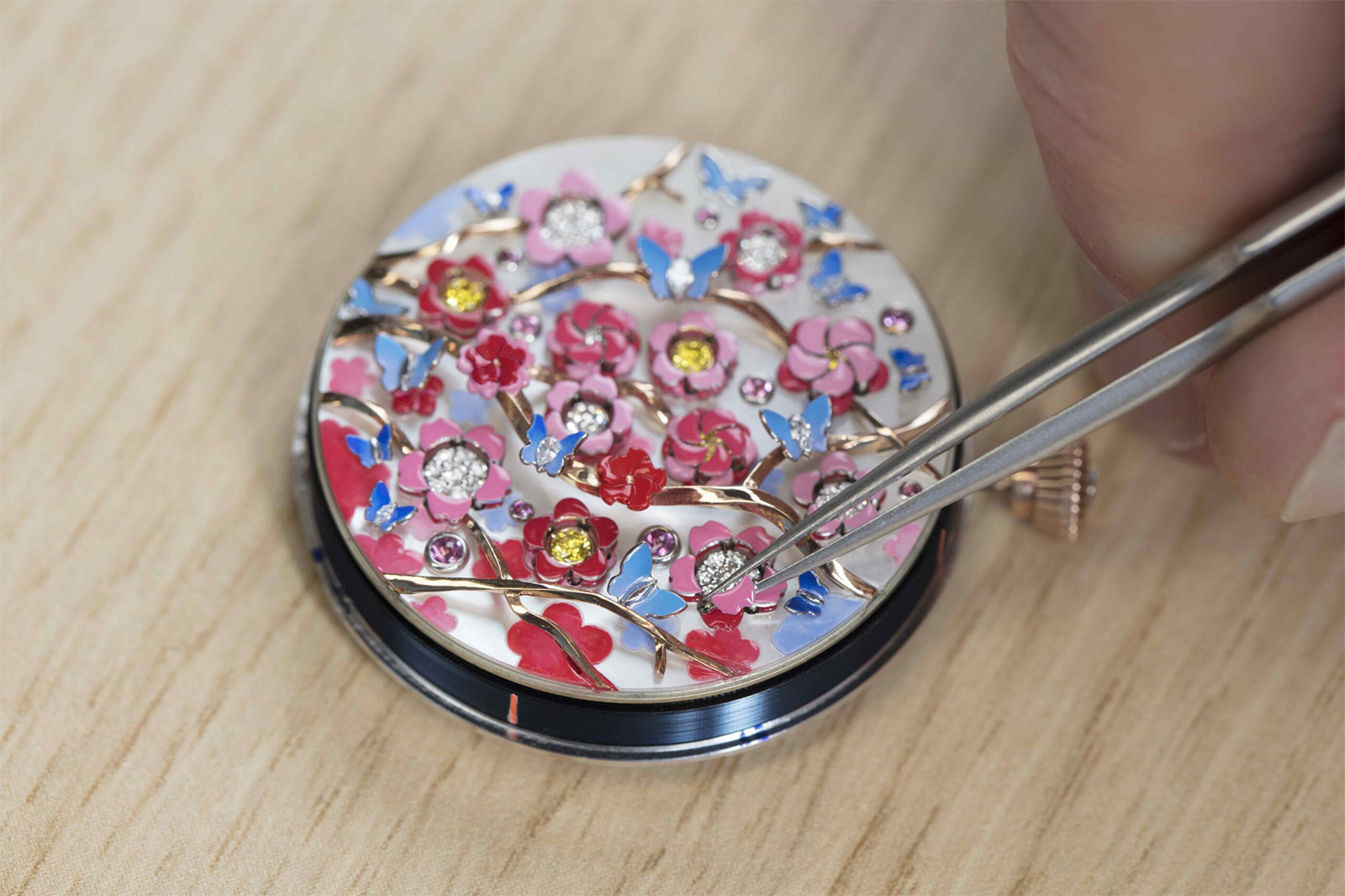 With conventionality at the forefront of our human experience, as much as we may try to shirk it, this year proved to be refreshing as we witnessed a luxury atelier truly decimate the notion that the wheel is impossible to reinvent. As fluent partisans in all things horological, we forget that sometimes a complication really is just that; a complexity that without dexterous skill and knowledge is, at times, unfathomable to the mind. In 2022, Van Cleef and Arpels Lady Arpels Florales willingly suspended our disbelief with regards to a timepiece’s capabilities, expanding our cognition in how we recall the time. 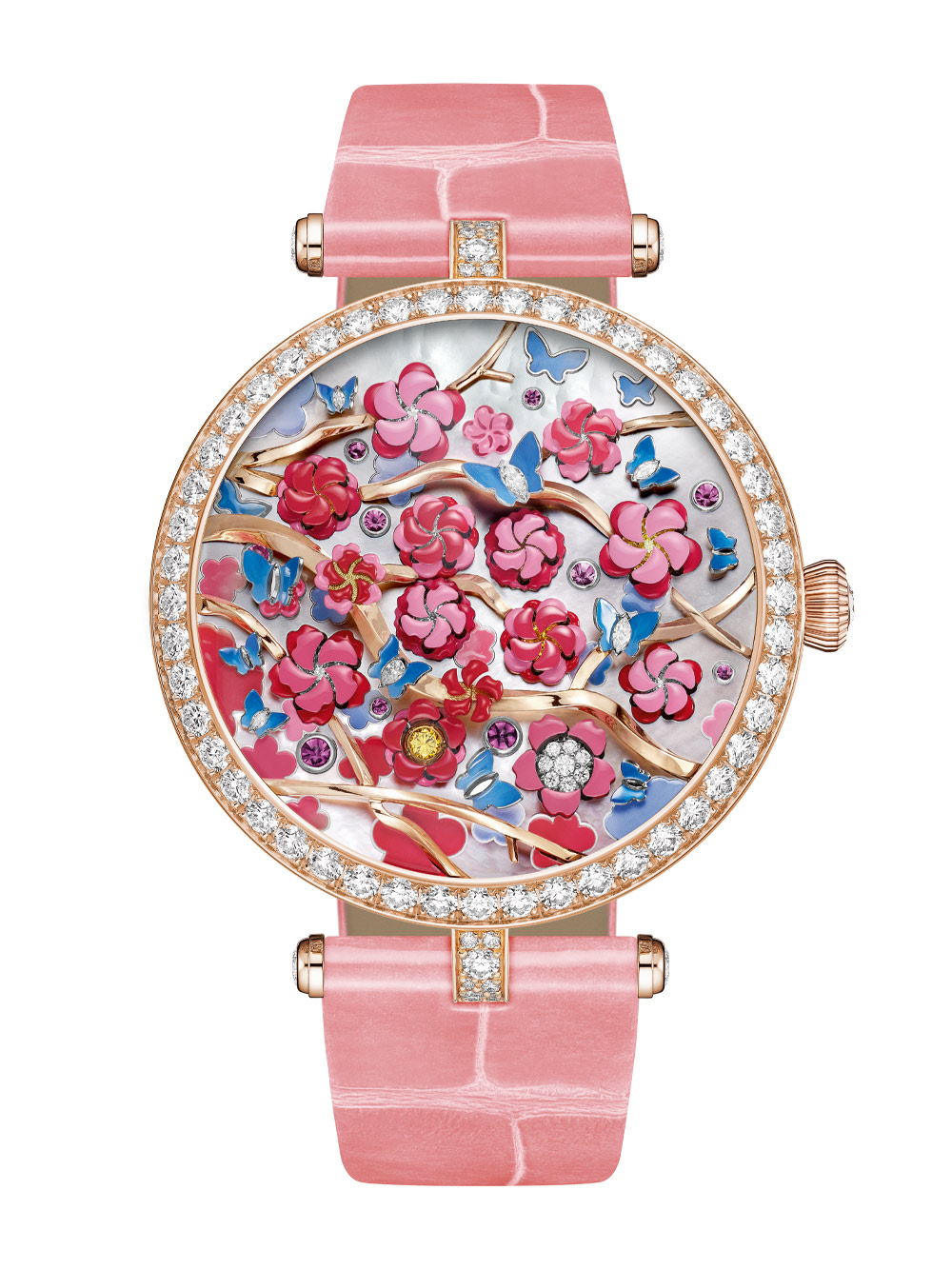 A silent flutter of petals in bloom marks the hour in a way that seems nonsensical, and yet effortlessly poetic. The figurative animation of nature in movement, whereby the cycle of flowers unfastening marks the time of day in a way that repels the linearity of orthodox time-telling reminds us that – and as the GPHG awards recently acknowledged the Maison’s forthcoming approach -– the governance of time really is a precious passage that defies any uniform illustration. This year, Van Cleef proved confidently their ability to regenerate the ordinary. 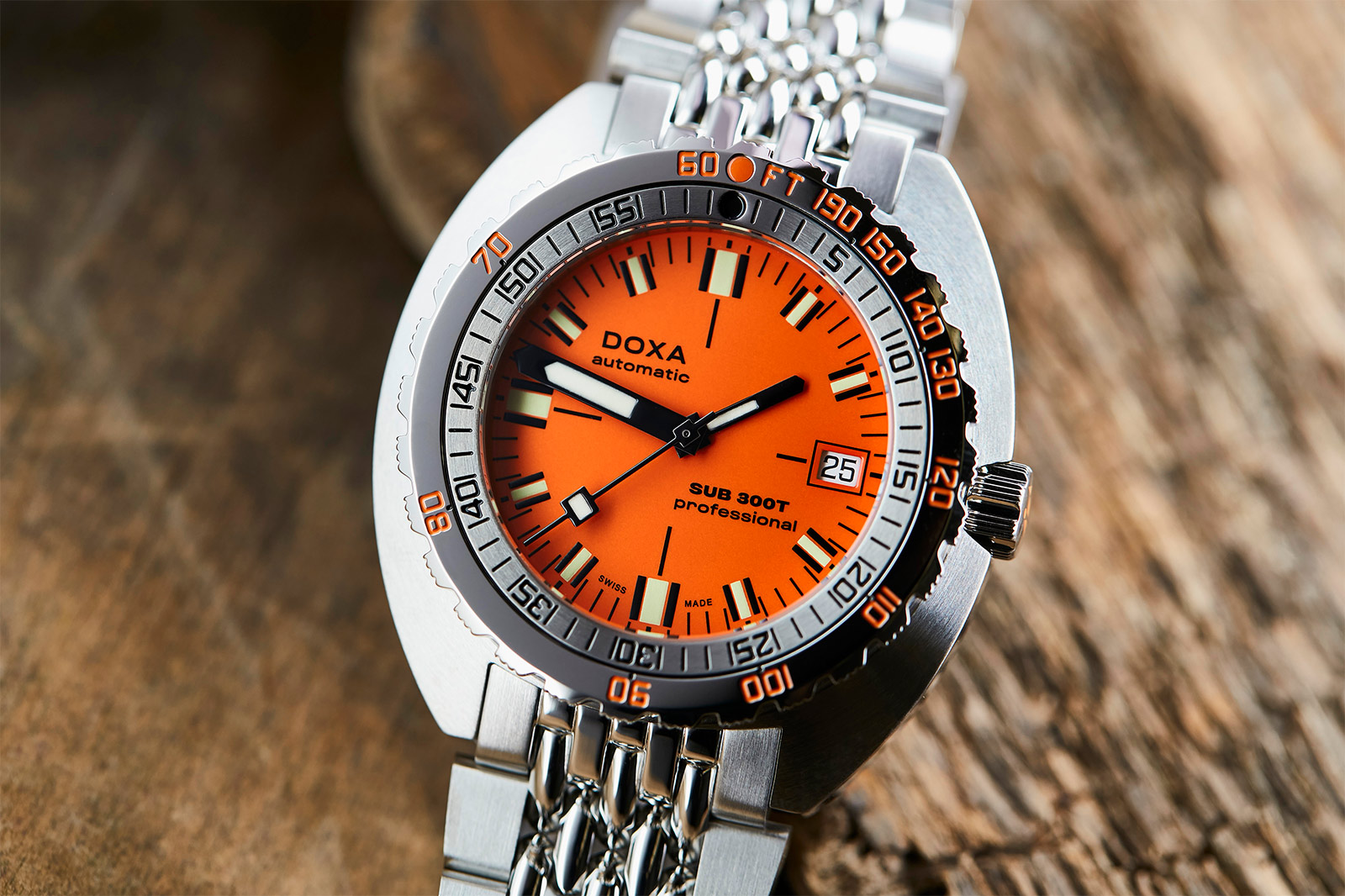 It’s not so much a single event which made my year as was the delight in the revivals of two marques which I adore. One of the companies which relieved 2022’s malaise actually started its return a couple of years ago, but both are favourites now on the ascent in the U.K., creating their own fan bases.

For both, diving watches are their specialties, and they have rich histories which too many collectors have been too lazy to appreciate. Doxa and Zodiac finally have representation in this country able to exploit both brands’ legacies. 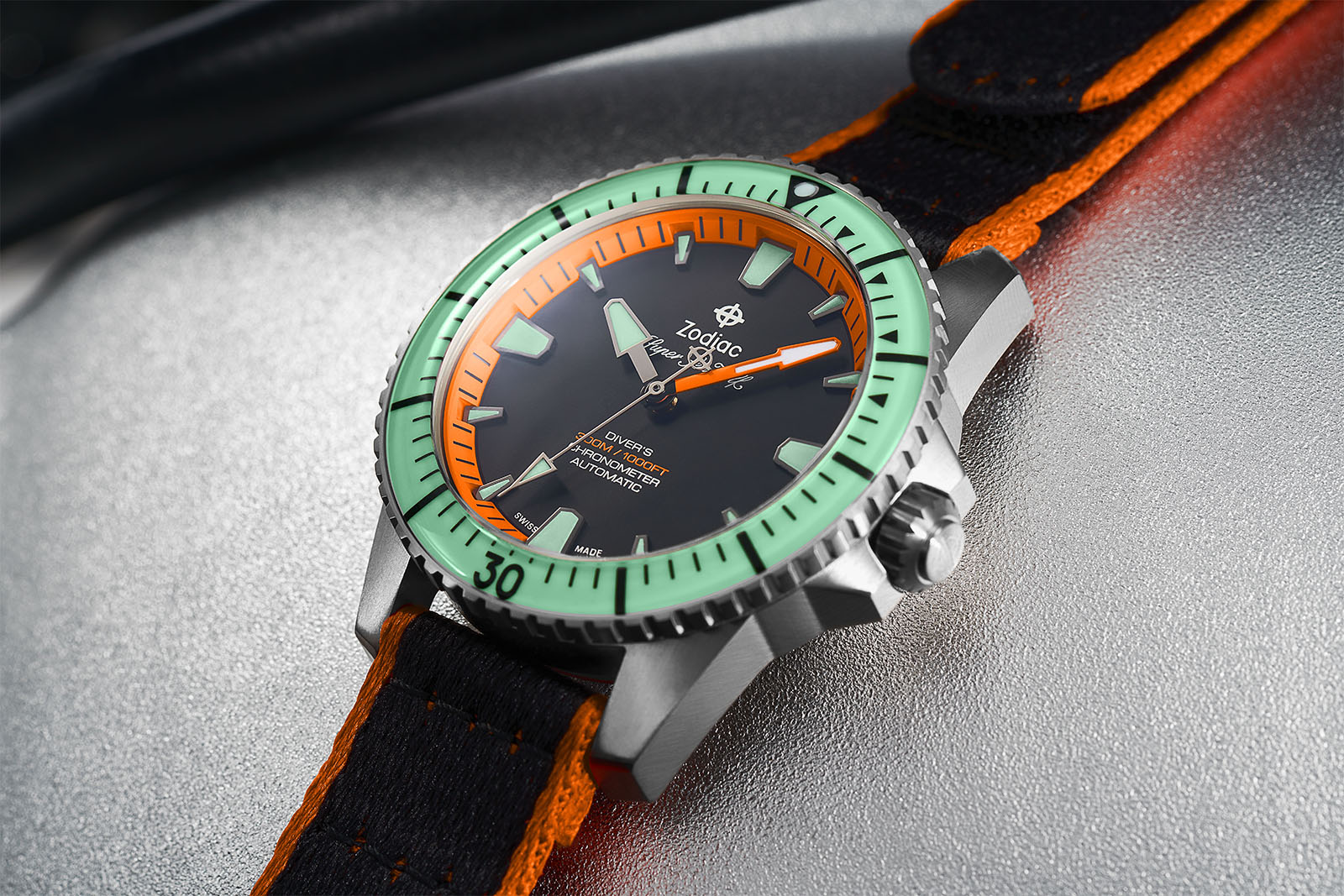 And what are their legacies? Both are known for iconic models: Doxa’s SUB 300T with its trend-setting orange dial and Zodiac’s Super Sea Wolf, which was good enough for the US Navy SEALs. The Doxa gave us that vivid hue in 1968, while the Zodiac’s birth coincided with a couple of other more celebrated diving legends launched at the Basel fair in 1953, making it 70 next year. Best of all about these two? Neither will break the bank.