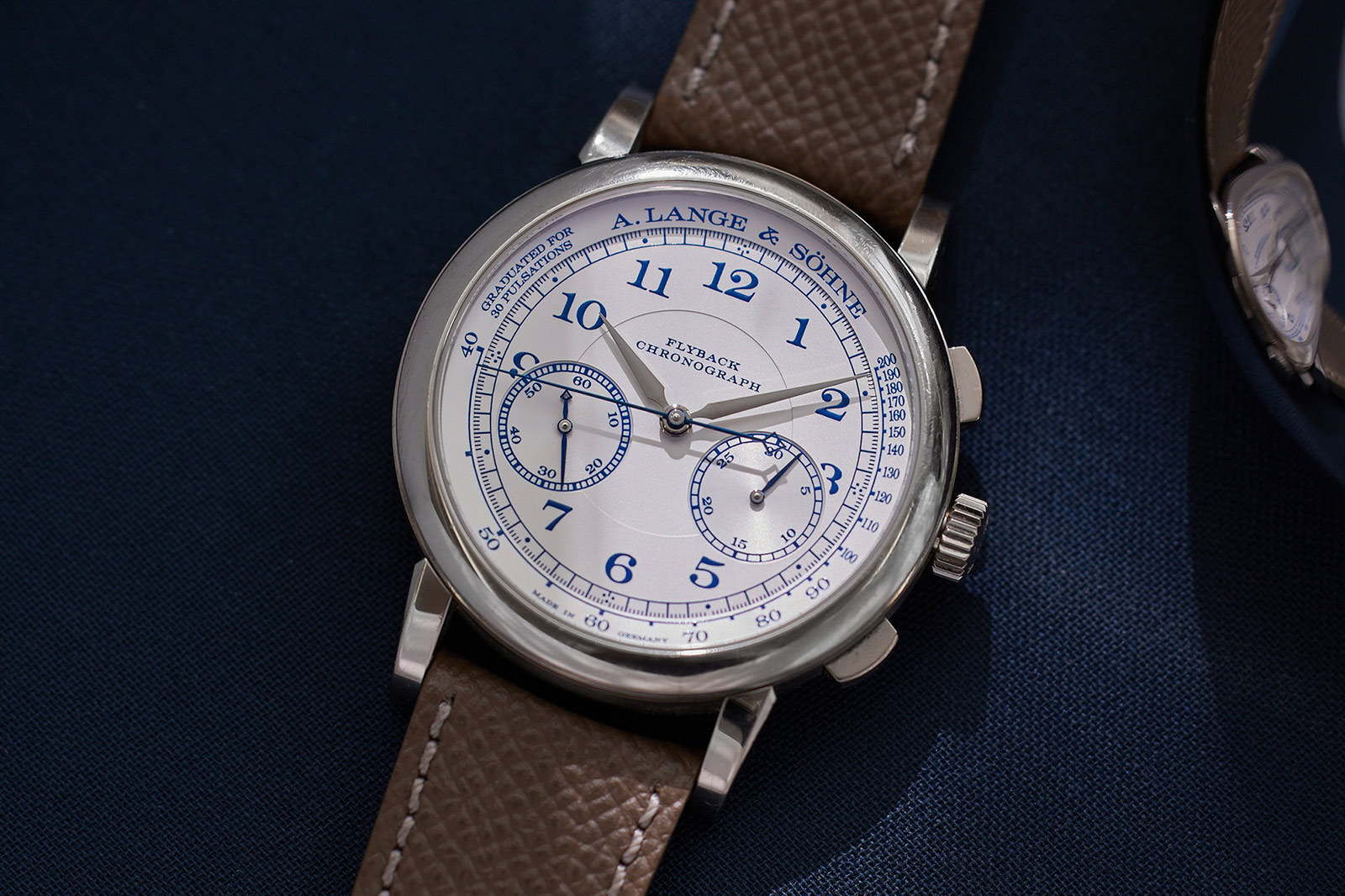 The last few years has seen an incredible – and some might say overdue – boom in high end, independent watchmaking, with the likes of F.P. Journe, Kari Voutilainen et al making headlines at auction. And more power to them. These aren’t your massive manufactures pumping out thousands of pieces a year. Hell, some of them rarely make it into the hundreds.

Yet while for many collectors, independents are just now becoming appealing. For Silas Walton, founder of A Collected Man, they’ve been the mainstay of his collection for years. And he knows his stuff. Earlier in the year the platform sold a Philippe Dufour Grande et Petite Sonnerie wristwatch for a record breaking $7.63 million. 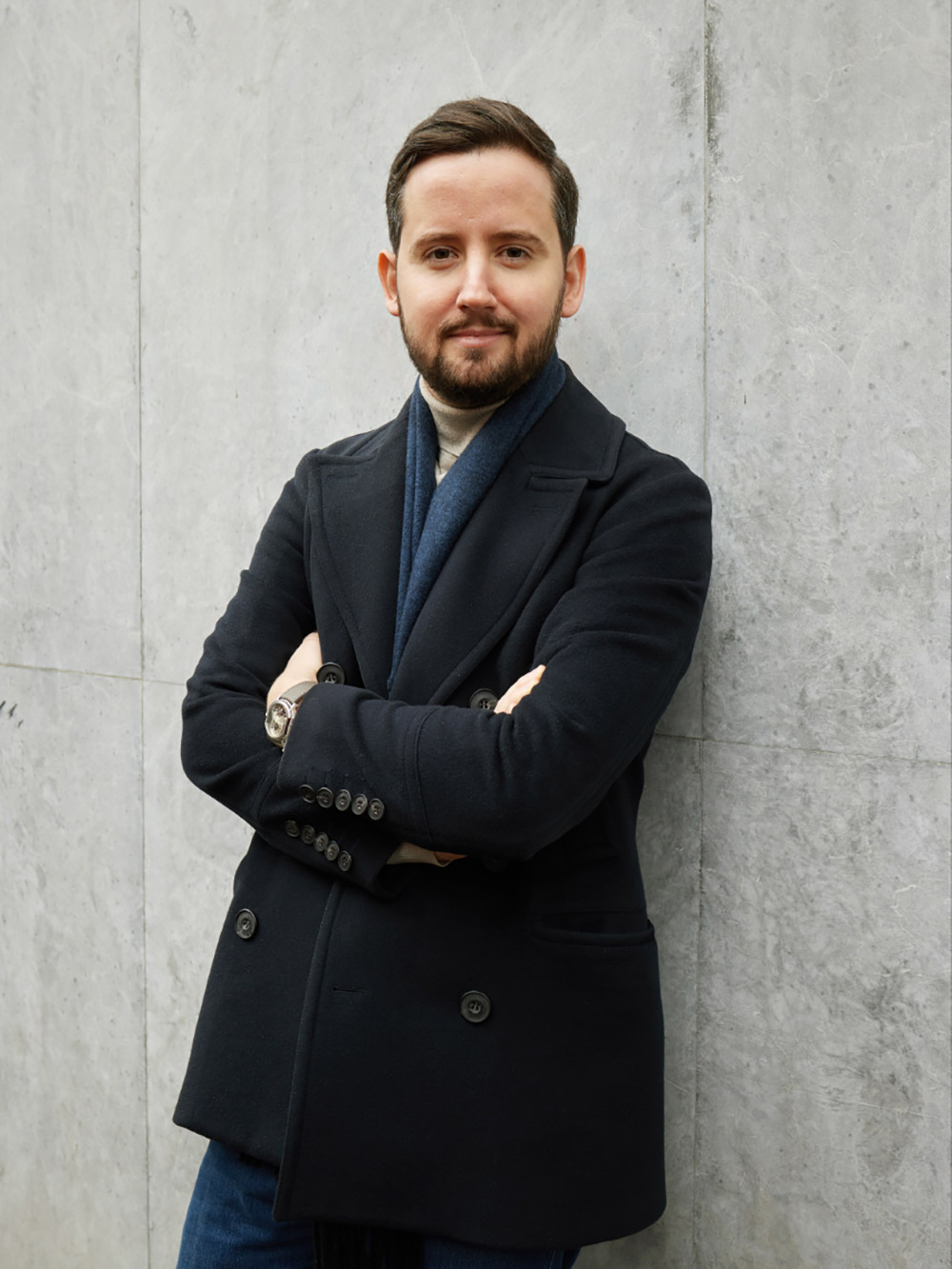 So, we asked the man himself to give us a brief stroll through his personal collection, which houses some truly incredible pieces ranging from a classically beautiful Patek Philippe to an eye catching Daniel Roth.

How did you first get into watches?

“So… my approach was the opposite to most people in the space. When I started the company, I wouldn’t describe myself as a ‘watch guy’, just someone that spent a couple of paychecks on watches. The first watch I ever bought was a boot sale pocket watch. It’s ironically being in this from a business point of view that I’ve since fallen down the rabbit hole. The more I’ve learned over the last four or five years, the more I love collecting – and the more I’ve been trading up for pieces I genuinely love.”

What was the first serious watch you ever added to your collection?

“I don’t have it any more, but the first piece I was really excited about, that I really just went a bit crazy over and spent all my savings on was a 3940G Patek Philippe perpetual calendar, a very slim watch with a micro rotor movement with a svelte case. I’d always been a fan of perpetual calendars, of anything with a moon phase and I saw someone I knew well wearing a 3940 for a while, and had always looked at it with a degree of envy.”

“I was writing an absurdly short 200 word piece for a private bank magazine – it was completely random – about how it was a great investment and I realised that I wasn’t practicing what I preached. So I decided to buy one and had it on my wrist by the end of the day.” 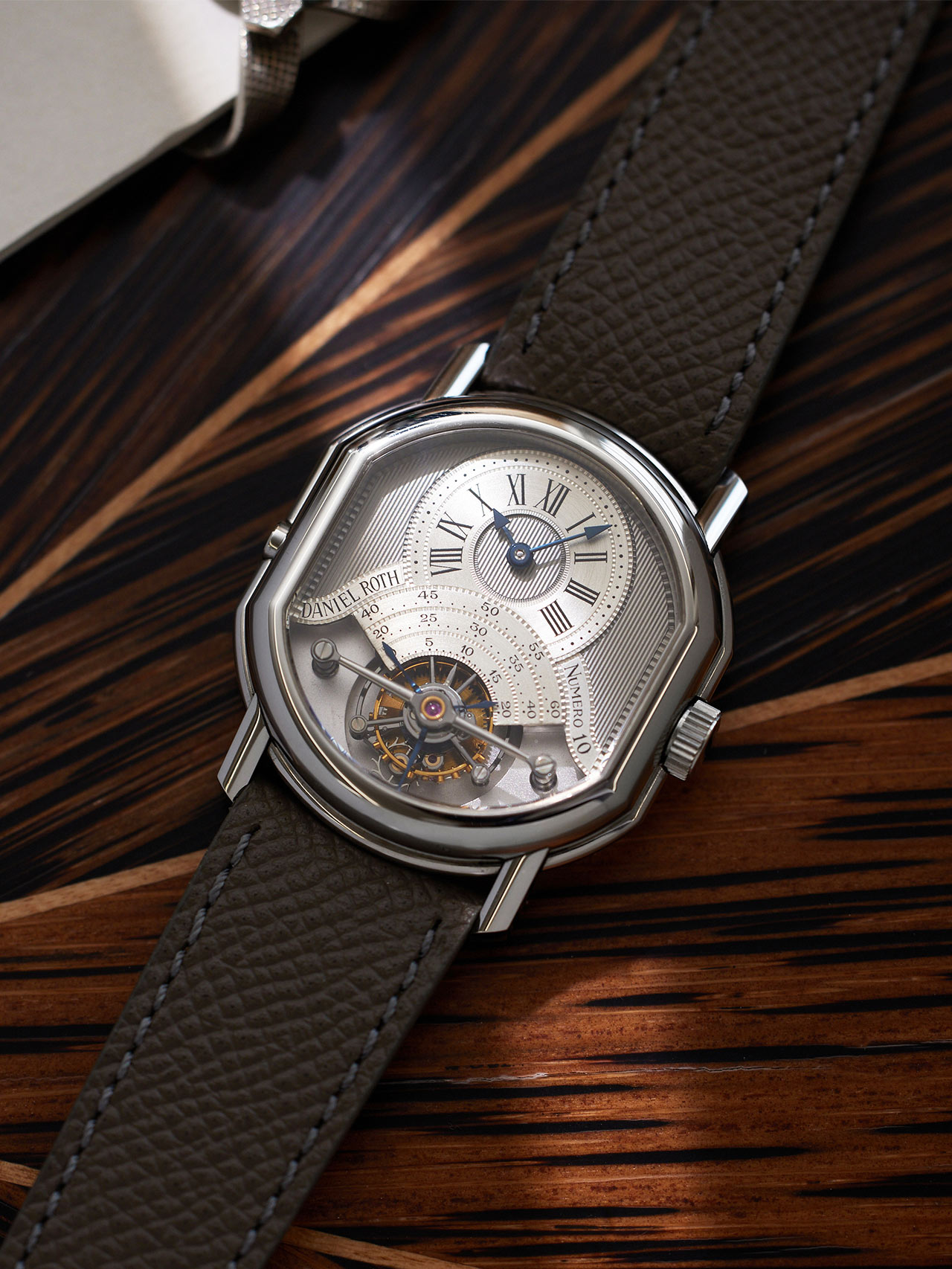 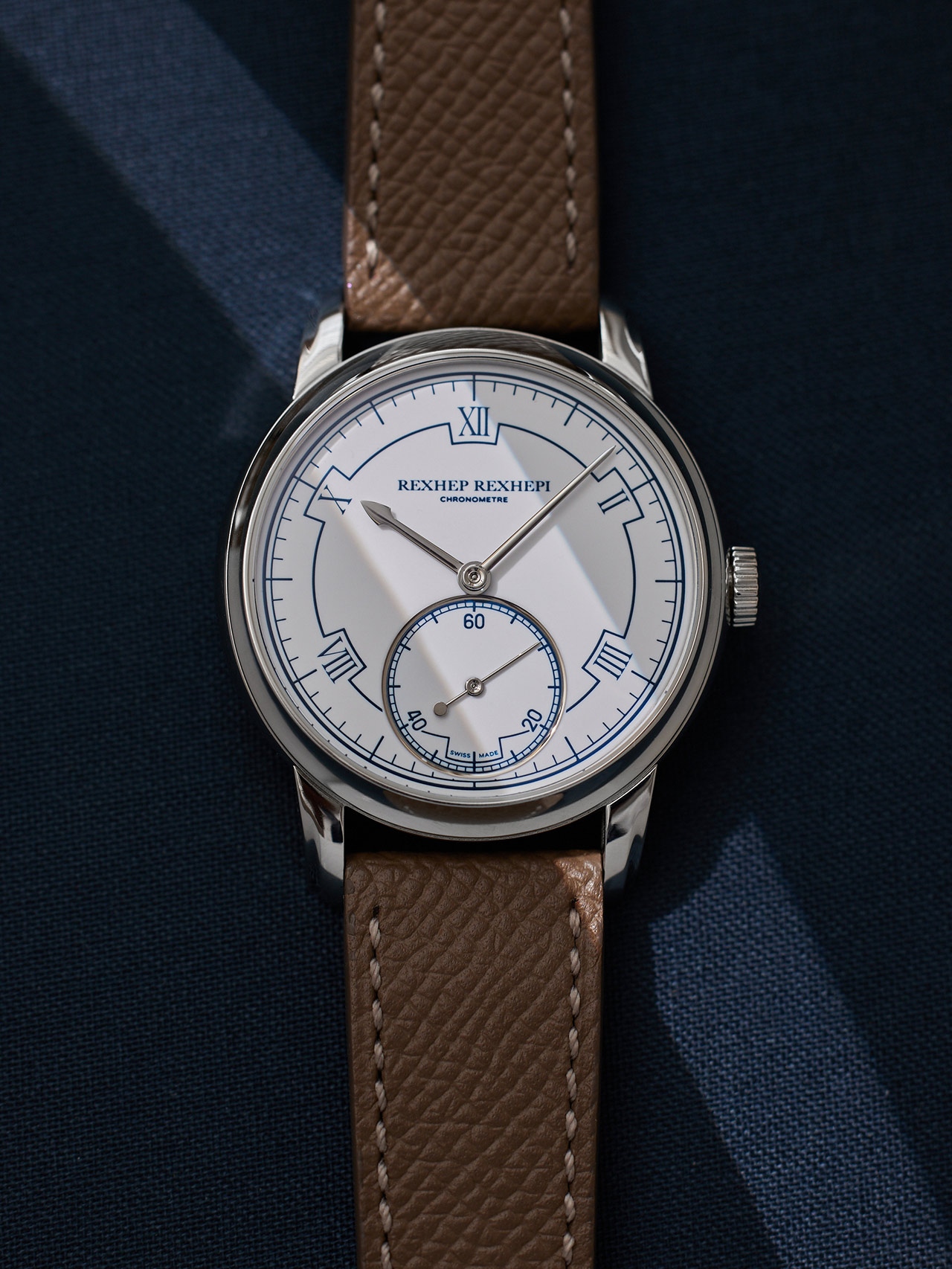 And the first serious Independent?

“I believe it was a Daniel Roth steel tourbillon that I still have. Only 20 were made, from the early days of the brand. I’d gone from hating the case shape a couple years earlier and never thinking that I’d wear that tonneau shaped case, to loving it and really enjoying it. I love that it was part of his early story before the brand started to become more collectible.”

“I also got a Journe tourbillon from 2001 with a brass movement and rose gold dial. There are only five or six known; it was my dream watch for a long time. I don’t have it any more though; I sold it simply because it became too much of a concentration of what I had. I wanted to essentially split it into a number of pieces I was after. If I had a big house, security and specialised insurance it would have been great, but I couldn’t risk it being stolen.”

Which of your pieces has been getting the most wear recently?

“Oof. I rotate constantly but the one I’d not normally mention, the only one I wore consistently during lockdown was the modern Daytona with a black dial; the 116500LN, and I just wore that constantly. I wore that watch all the time, it’s just such a solid, safe watch that you don’t need to worry about. I wear all my watches, bar maybe a solid white gold one, but this was definitely my daily wearer. Otherwise I’ve been wearing my Rexhep Rexhepi a fair amount recently, which I love.” 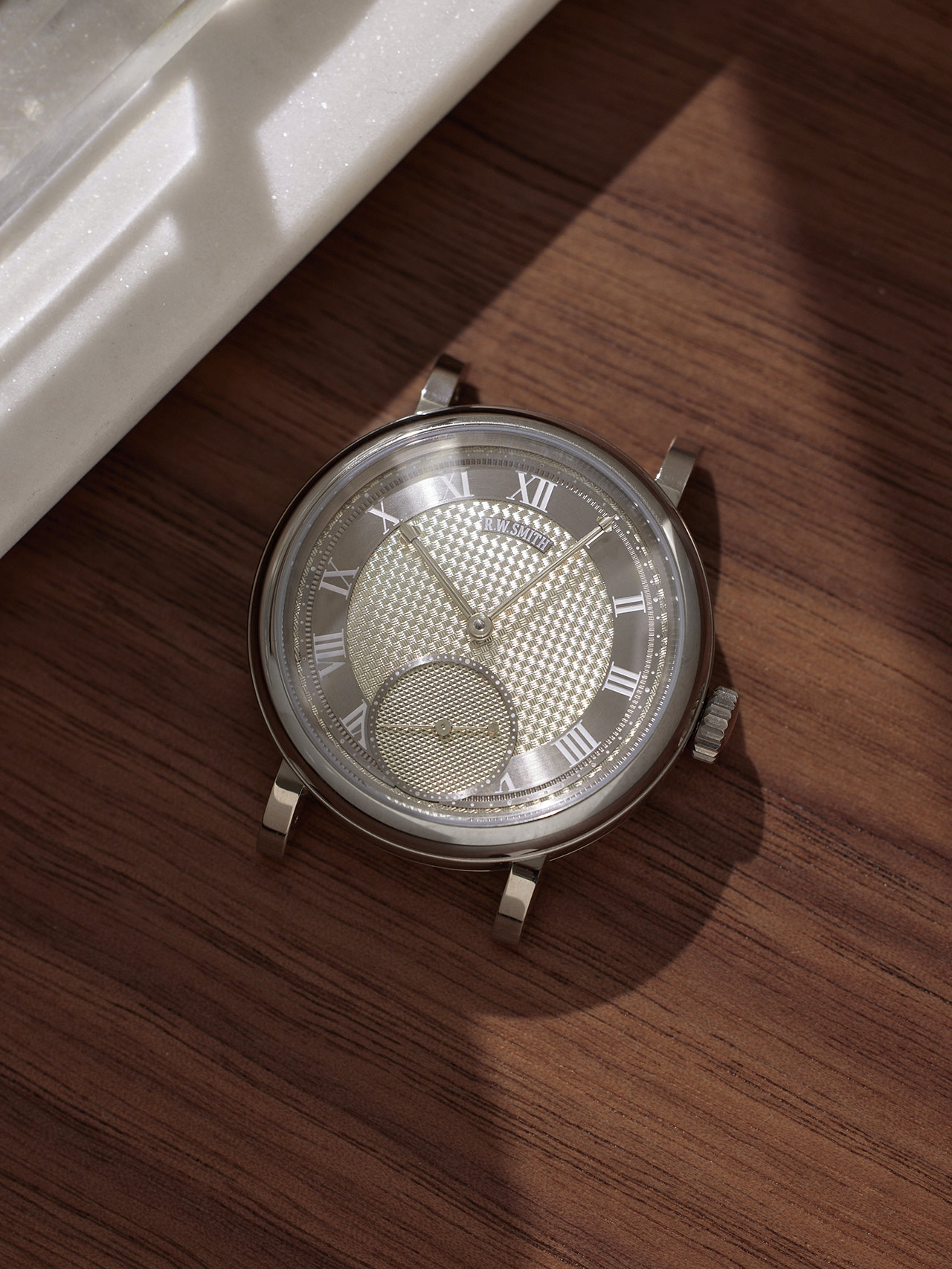 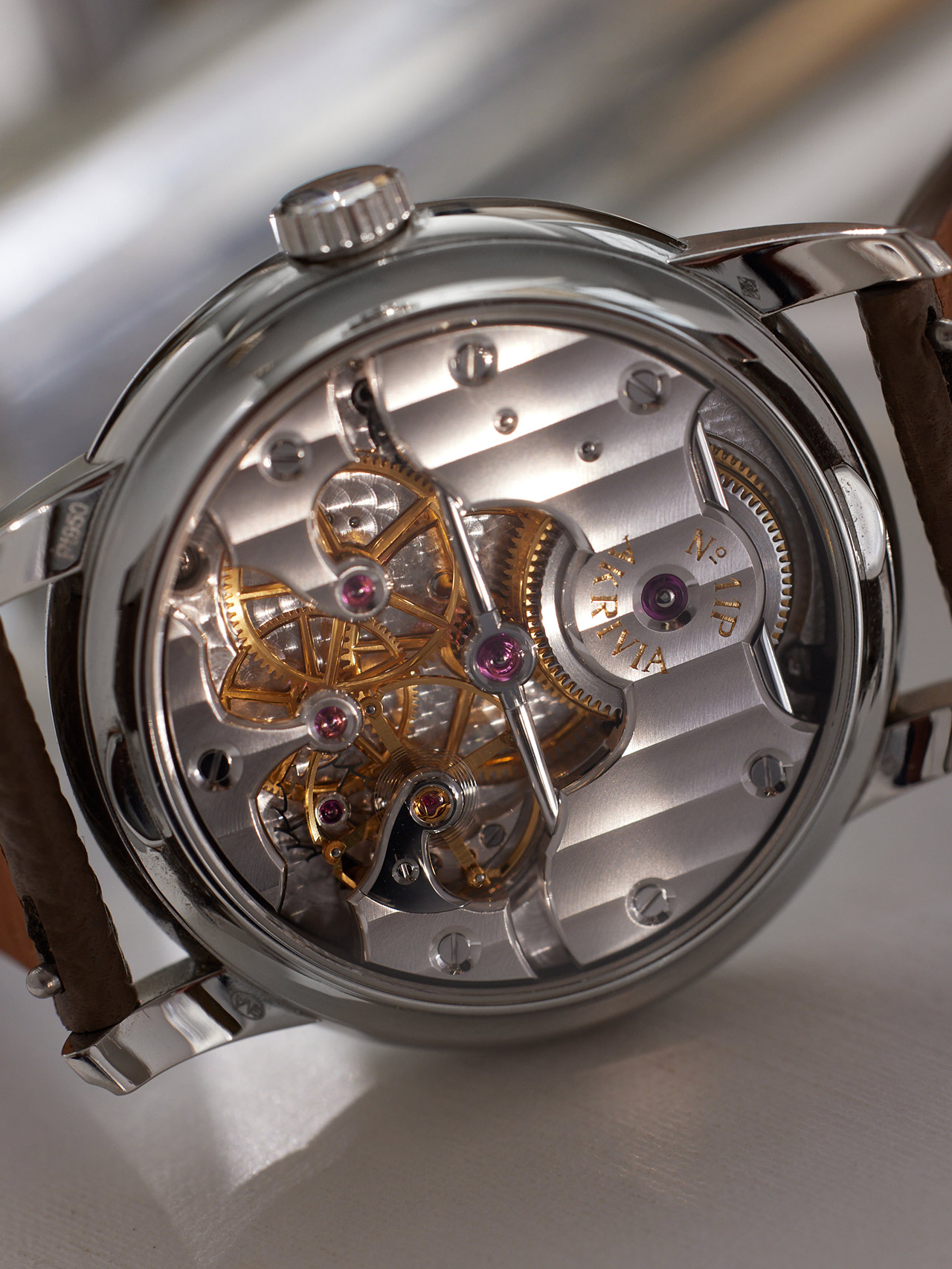 What are the top three pieces in your collection?

“My Smith Series 1 is up there that I commissioned four years ago and took delivery of about two months ago. It’s a unique piece I designed with Roger. It has a 38mm case, titanium, white infilled numerals; all things he’d not done before. Second would probably be my Rexhep Rexhepi.”

“Then it’s probably a toss up between my Roth and a 1995 skeletonised perpetual calendar from Vacheron Constantin. VC did me a favour and went into the archives to find out about it as there were so few of them, less than 20 with blue subdials and 150 in platinum, of which this is one.”

“There were only 650 odd in total, so for my money this is probably the rarest perpetual calendar of its period and of its shape and movement ever. I don’t think they come any rarer. I didn’t even know this blue subdial version existed until someone showed it to me and I fell in love.”

Are there any pieces you regret not adding to your collection?

“We get a lot of fantastic pieces through so there are plenty, but the one that stands out is the very first Voutilainen Observatoire, one of the first independents we ever sold. I know where it went and I’m pleased with the collection it’s in now, but it was maybe the first watch that kindled my interest and my personal journey. It’s the one that got away.”

“Otherwise, not buying a Simplicity when it came my way, though that was always more than I could afford.” 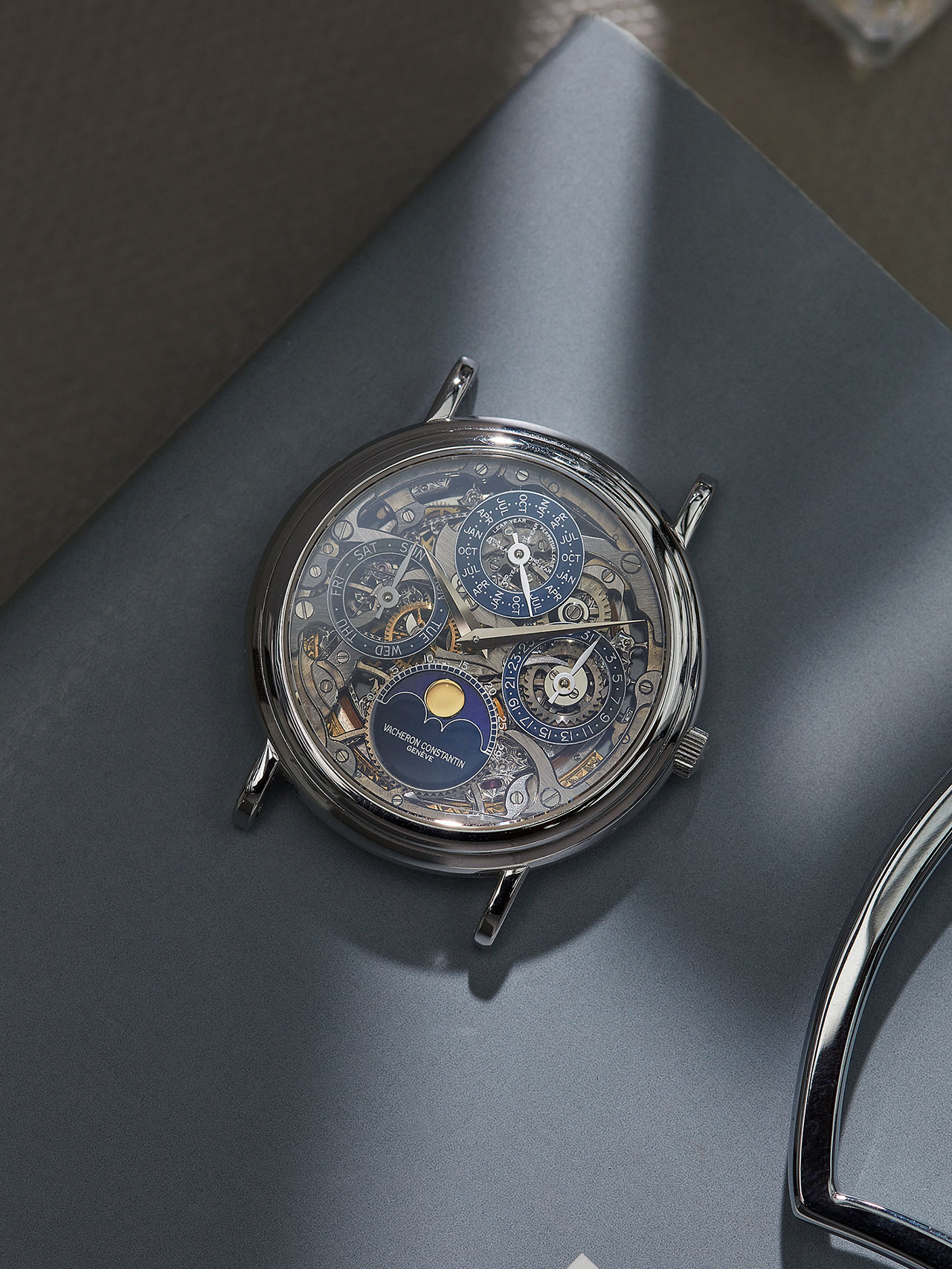 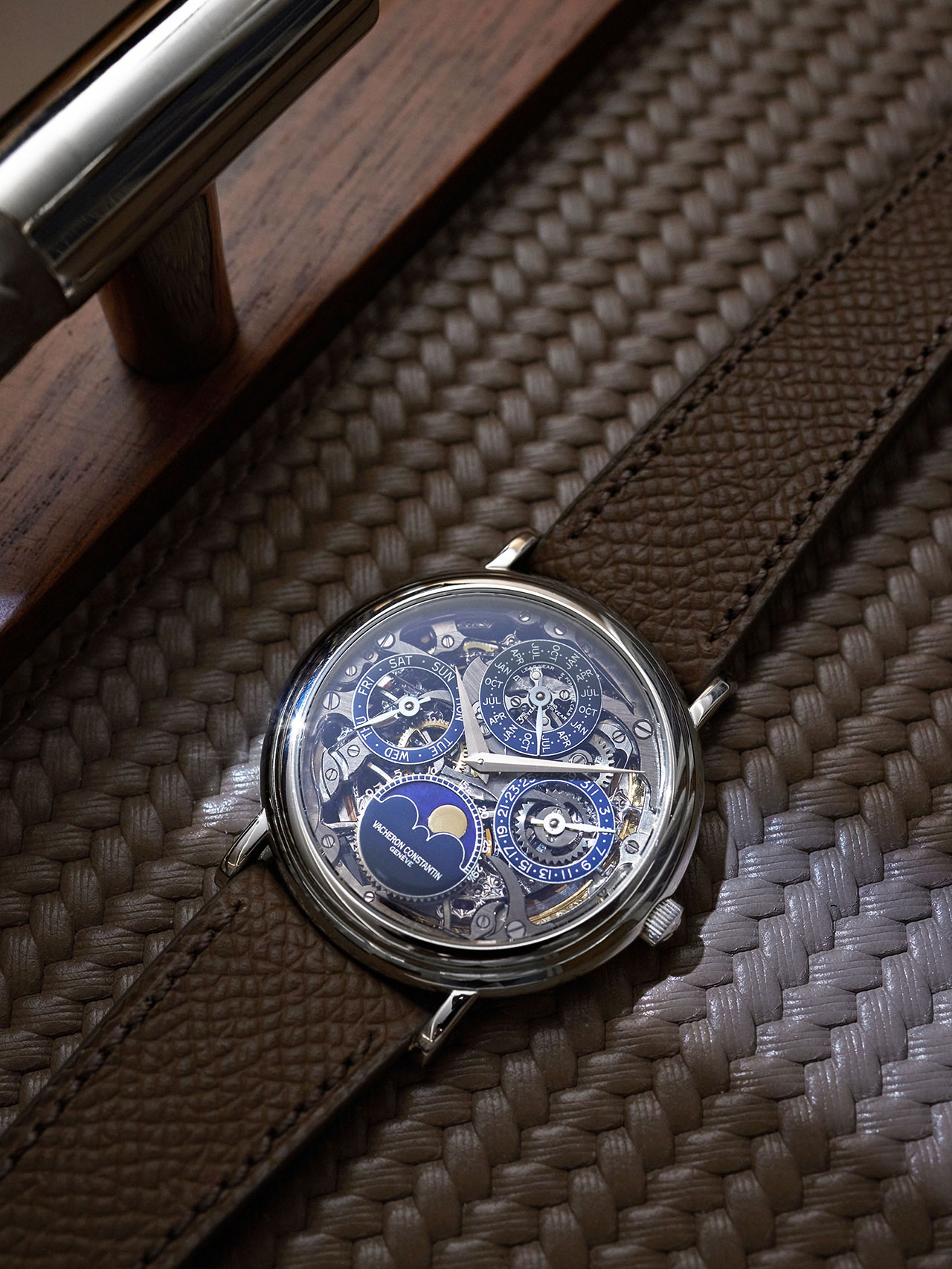 So, what are you on the lookout for right now?

“I’ve spent a lot of time refining my collection down and its now at a point where I’m happy with it. It’s going to be trickier, I’m definitely going to want to collect more independents in the future and I’ll probably want to commission Kari Voutilainen at some point. We’ll do some limited editions over the next couple of years that I’m sure I won’t want to pass up on and if Vacheron re-release the 222 that’ll definitely stoke my interest. I’m just going to need to carry on as far as I can collecting stuff that has a special quality to it, that makes sense and see where it takes me.”

“I also have a special piece on order that’ll be here in a couple of years, but I can’t talk about it.”

A Collected Man is the leading online platform for discovering, buying, and selling the world’s most exceptional watches. More details at A Collected Man.

We sat down with watch lover Jonathan hughes to discover just why British watches are the mainstay...