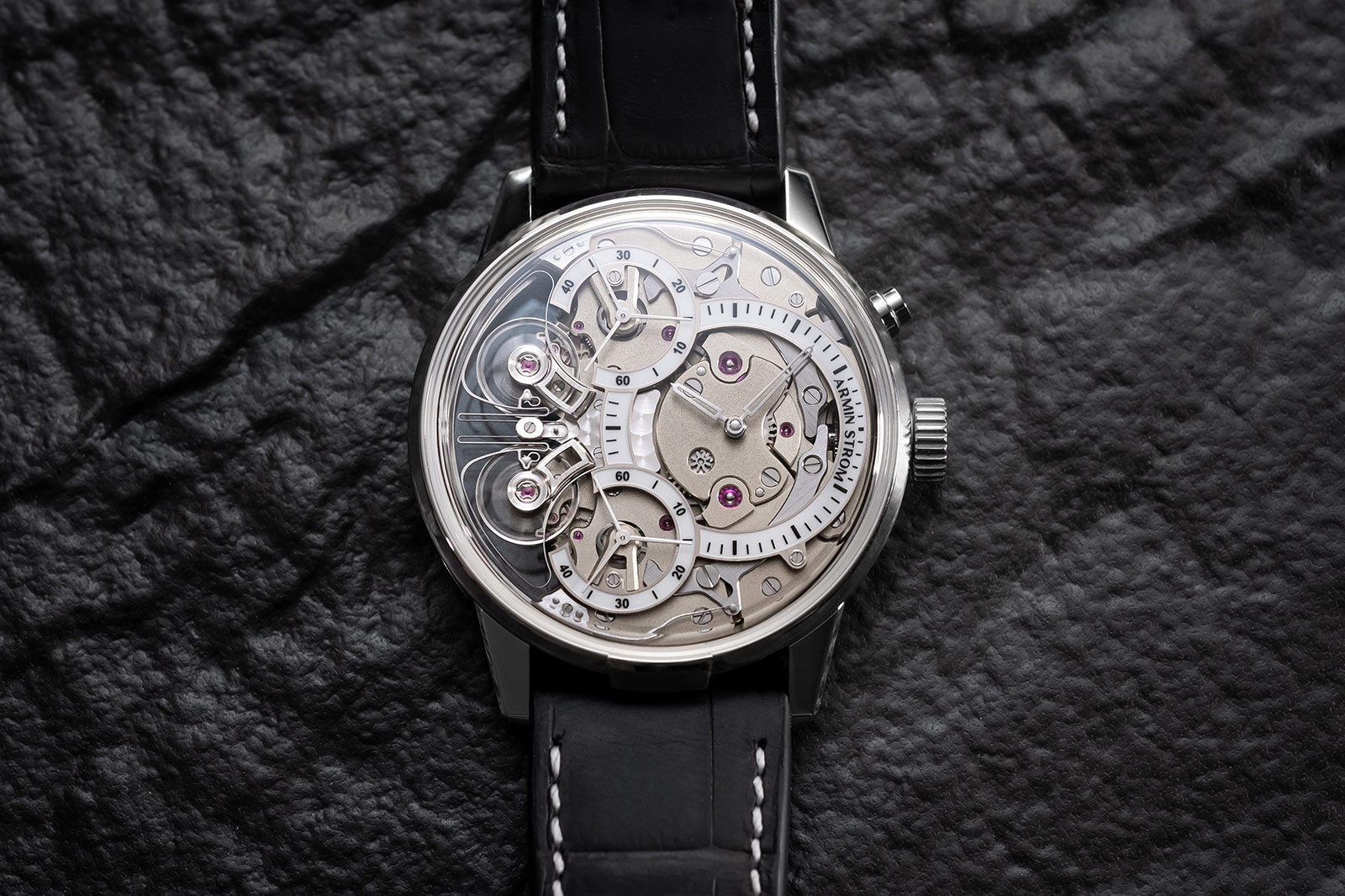 It’s safe to say that Armin Strom know a thing or two about producing high end movements. Afterall, that was all the brand did until 2009 when it became a fully-fledged wristwatch manufacture in its own right. One of the most interesting movements they created since then was the Resonance, which we last saw included in a watch in 2019, the Masterpiece 2 Minute Repeater Resonance. Now, on the 5th anniversary of their first Resonance watch, they have announced the Armin Strom Zeitgeist, putting resonance technology front and centre. 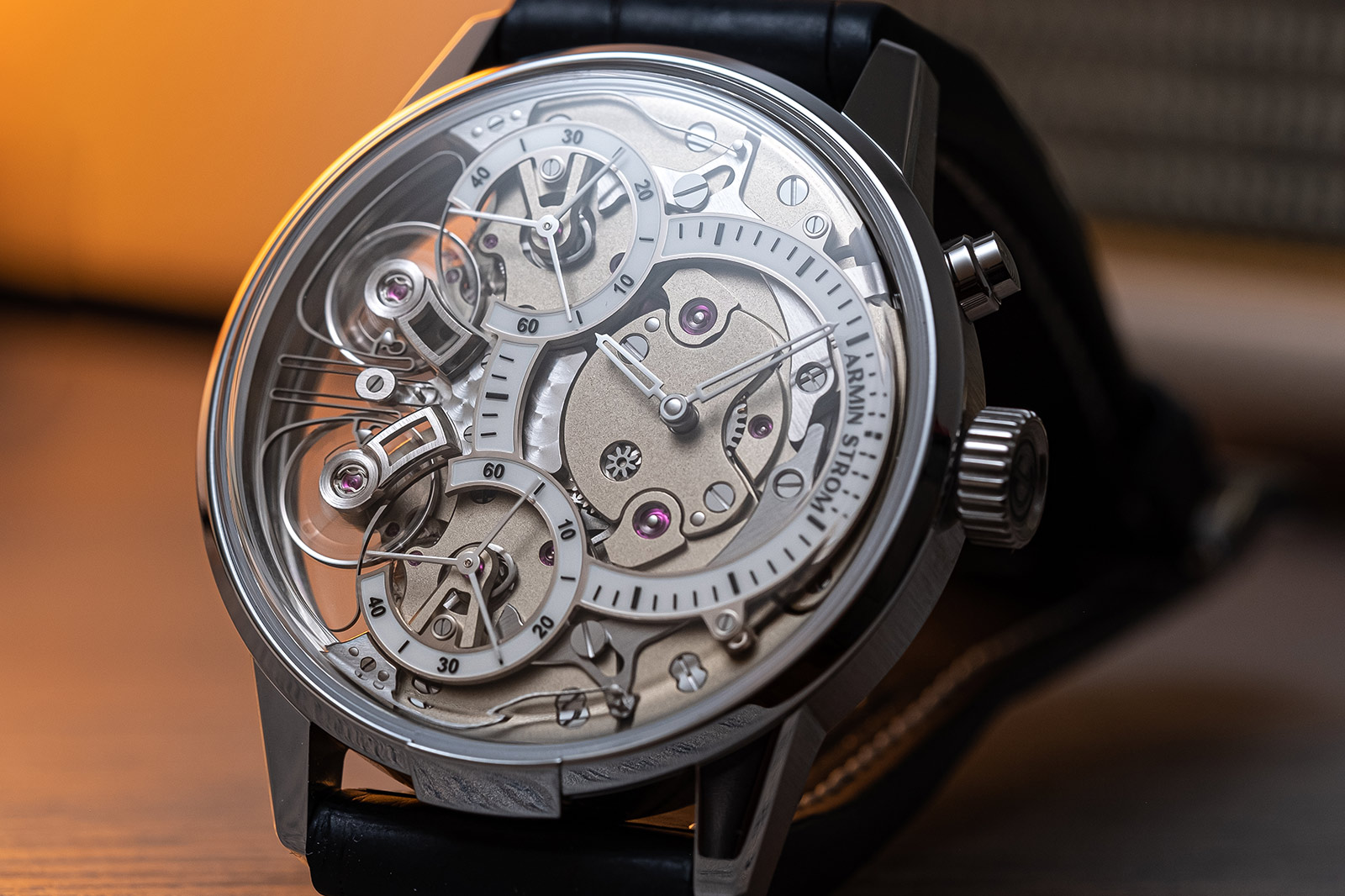 What this watch really comes down to is that this is the first time Armin Strom have skeletonised their innovative Resonance Clutch Spring technology by cantilevering it. The result is that the double balance wheels, which oscillate together to create the resonance effect and boost accuracy, appear to float over a void. It makes for a striking display and is entirely the focus of this watch. To the extent that Armin Strom have changed the finish of the movement, which is called the ARF21_ZG, foregoing the dramatic Geneva waves of previous Resonances in favour of a much more subtle and technical finish that is less dominating. 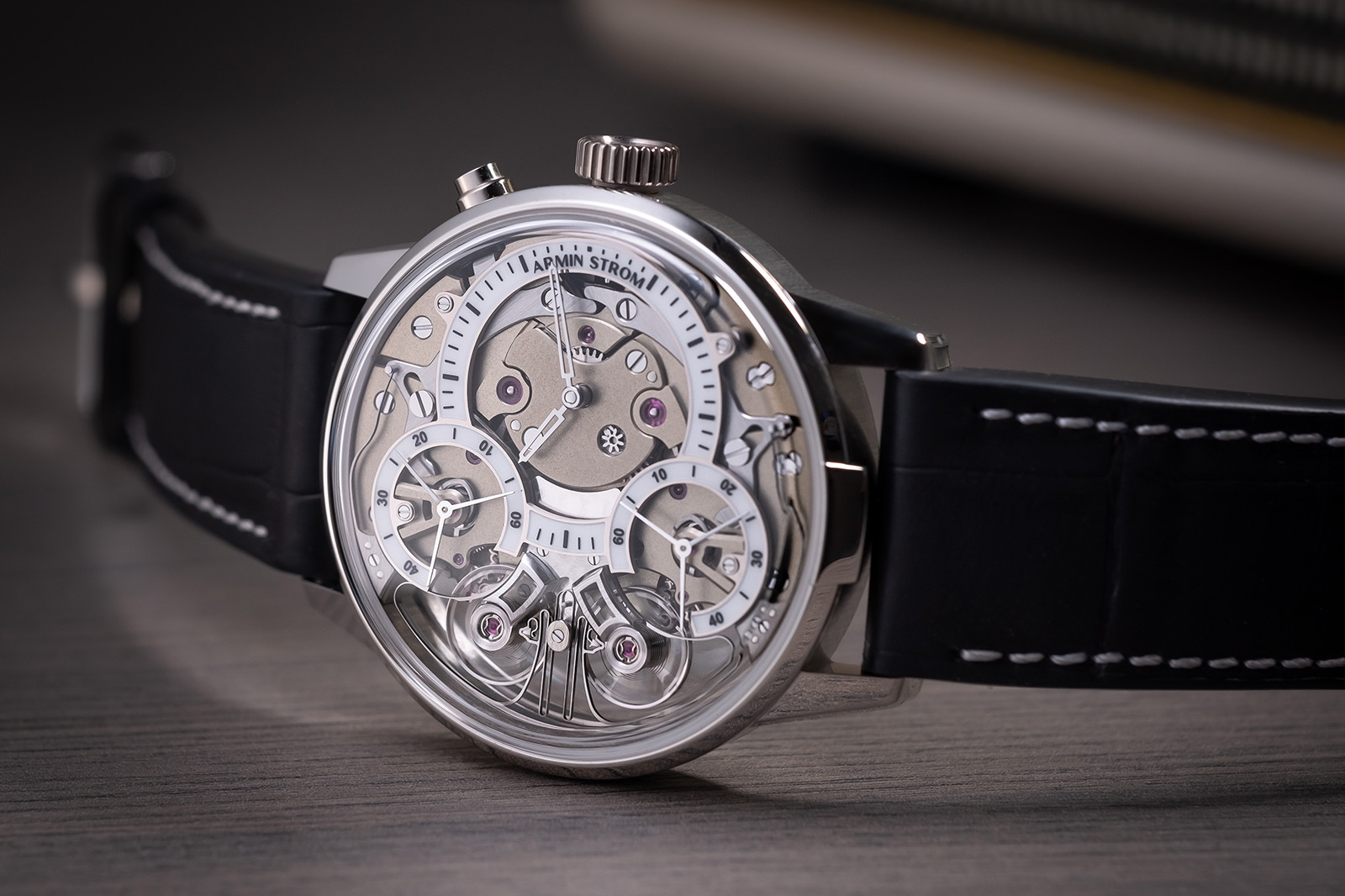 In a similar vein, the off centre dial and subdials are skeletonised too, simply consisting of individual scale tracks and their respective hands. Hours and minutes for the main dial, seconds for the subdials at the bottom and up top – yes, it has two seconds displays à la the Mirrored Force Resonance Water. There are no flashy guilloché discs or bold colours to be found. 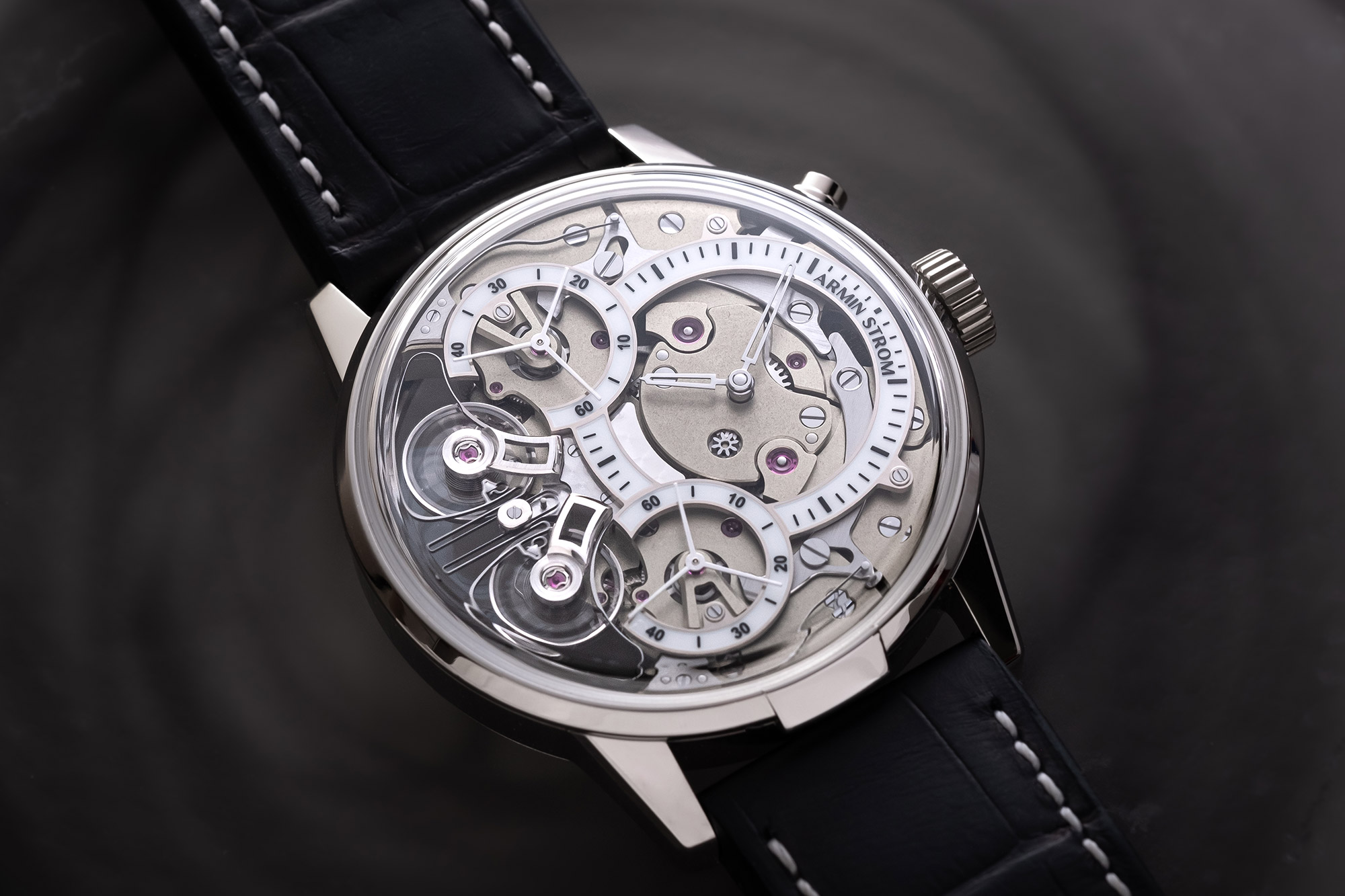 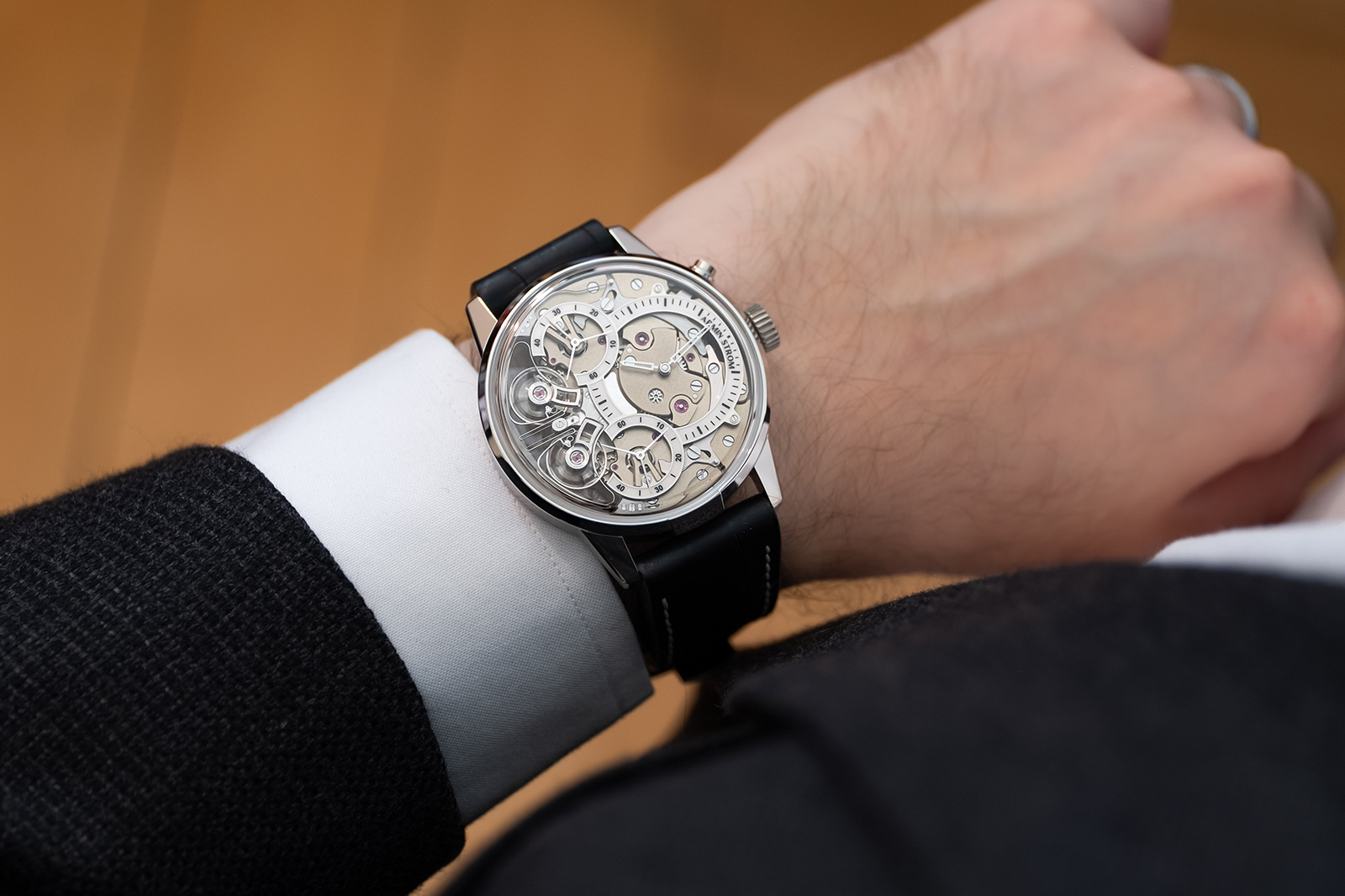 However, while the overall appearance is more industrial and technical than previous examples, don’t be deceived. The 43mm case is made from platinum and parts of the calibre are made from silver (along with steel and brass). So there’s precious metals and luxurious quality aplenty even if it’s the Zeitgeist isn’t as immediately eye catching. Also, that’s a good thing. I really like the new ‘less is more’ appearance of it because it straddles the line of what makes skeleton watches appealing without compromising on legibility too much. 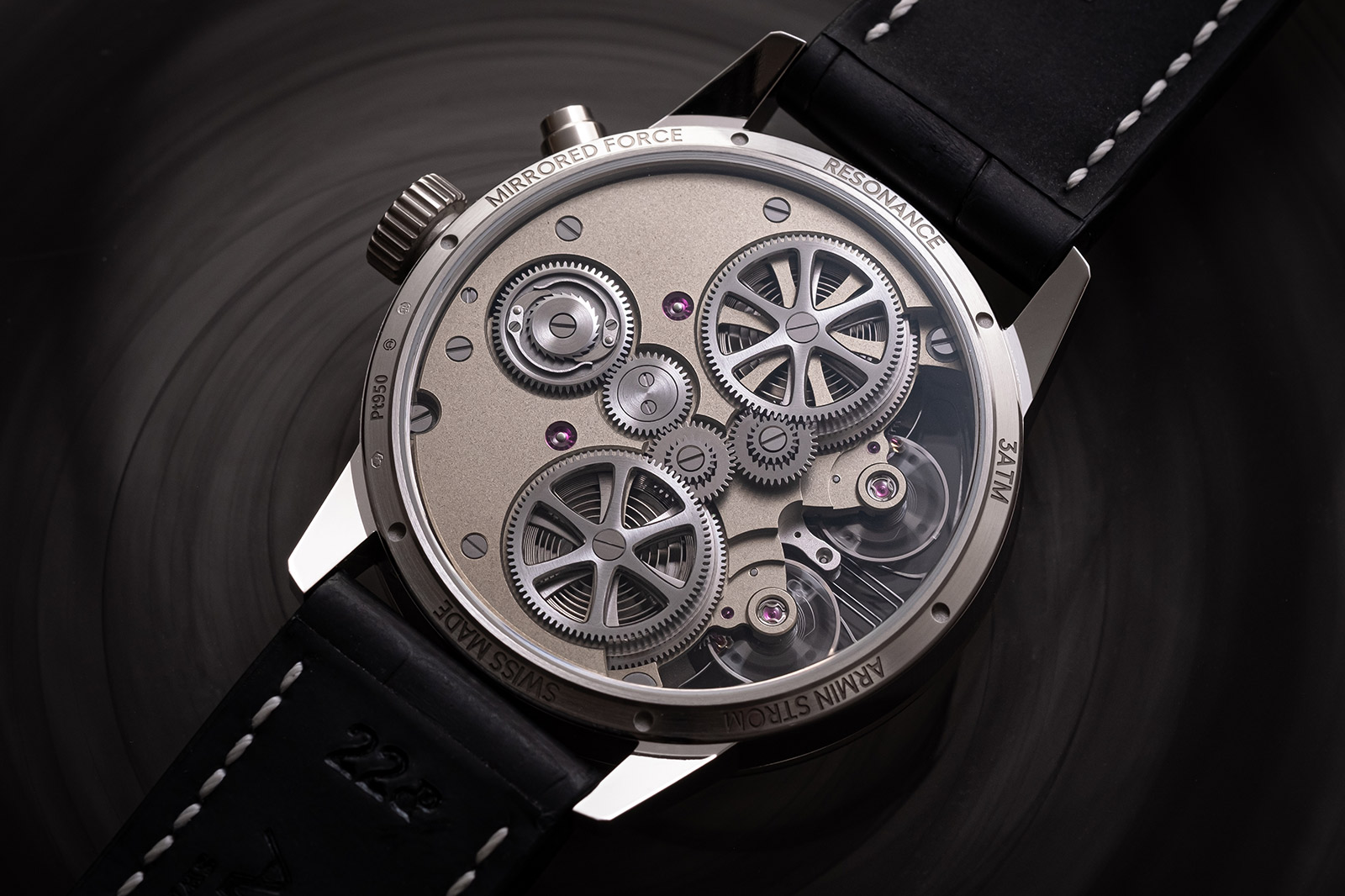 Although it has to be said that Armin Strom aren’t an accessible watchmaker at the best of times – their new ‘entry-level’ Tribute 1 costs CHF 13,900 – and the Zeitgeist doesn’t help matters. It costs CHF 160,000. That’s CHF 100,000 more than the Mirrored Force Edition, but less than half the cost of the Minute Repeater, leaving it the middle ground of Armin Strom’s price range.