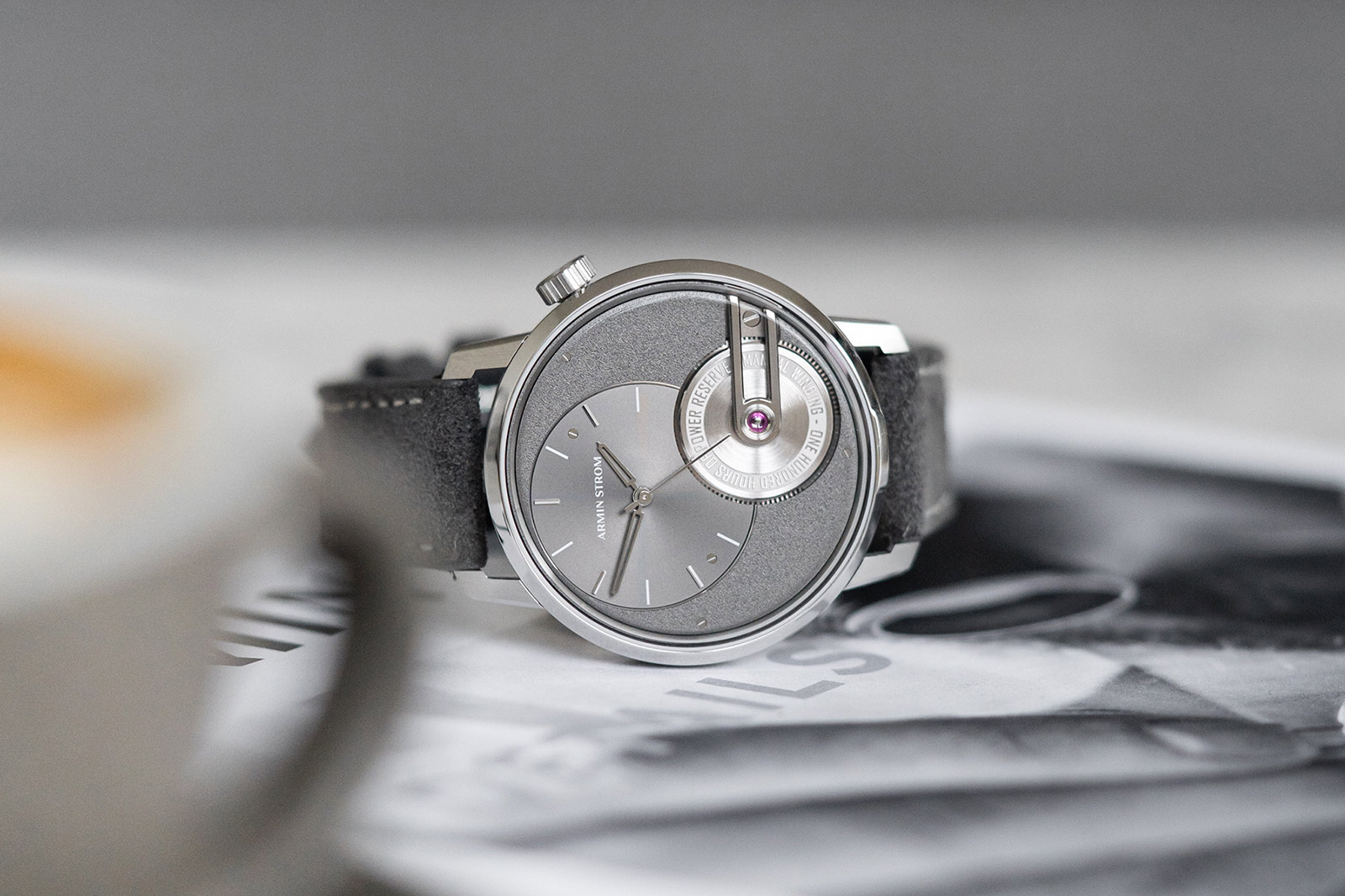 Armin Strom, haute horologists extraordinaire, purveyors of extreme complications and price tags that don’t exactly veer towards the accessible – until now. At least in some ways. That’s because the Swiss watchmaking innovators have no introduced their shiny new entry level piece and it has to be said, the Tribute 1 First Edition is a stunner.

For Armin Strom, the Tribute 1 is about as pared-back as it’s possible to get. For one, it’s a time-only number with nary a date to be seen, let alone the kind of cutting-edge complications we’re used to seeing from the brand. 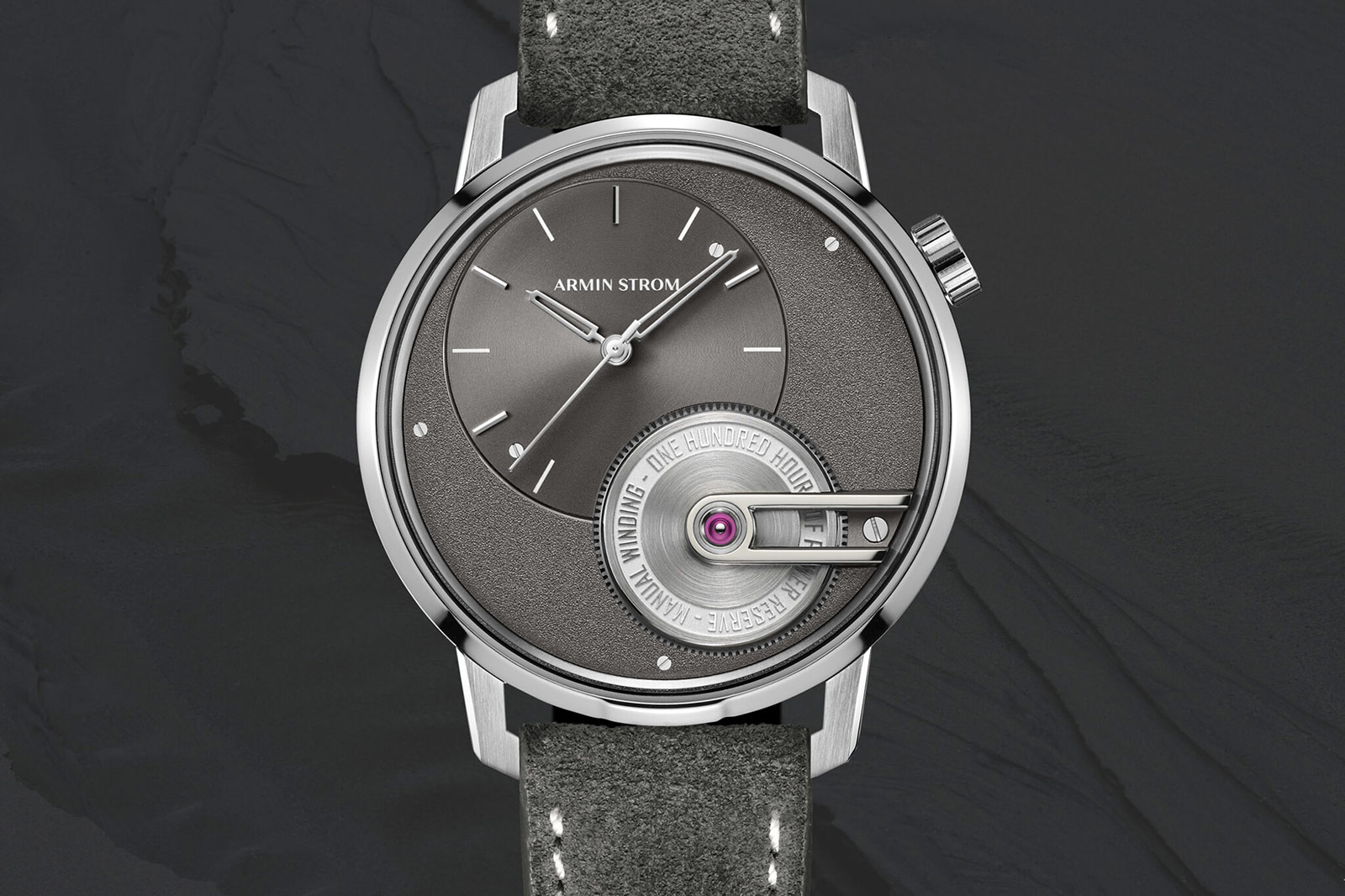 Even then it’s not quite so simple as a standard 3-hander. Sure, there is indeed a 3-hand dial in the upper quadrant of the watch, but it’s offset with the barrel bridge poking through the dial, complete with its ruby bearing. It’s a seriously cool touch and one that shows what you can do with the simplest level of timepiece.

The dial itself is anthracite while the barrel bridge is in white gold– as is the straight bridge with a rounded end, a bit of an Armin Strom signature. The result is a monochrome slice of beauty wrapped in a charming 38mm stainless steel case with an asymmetrical crown leaning to the slightly off-kilter look of the whole watch. 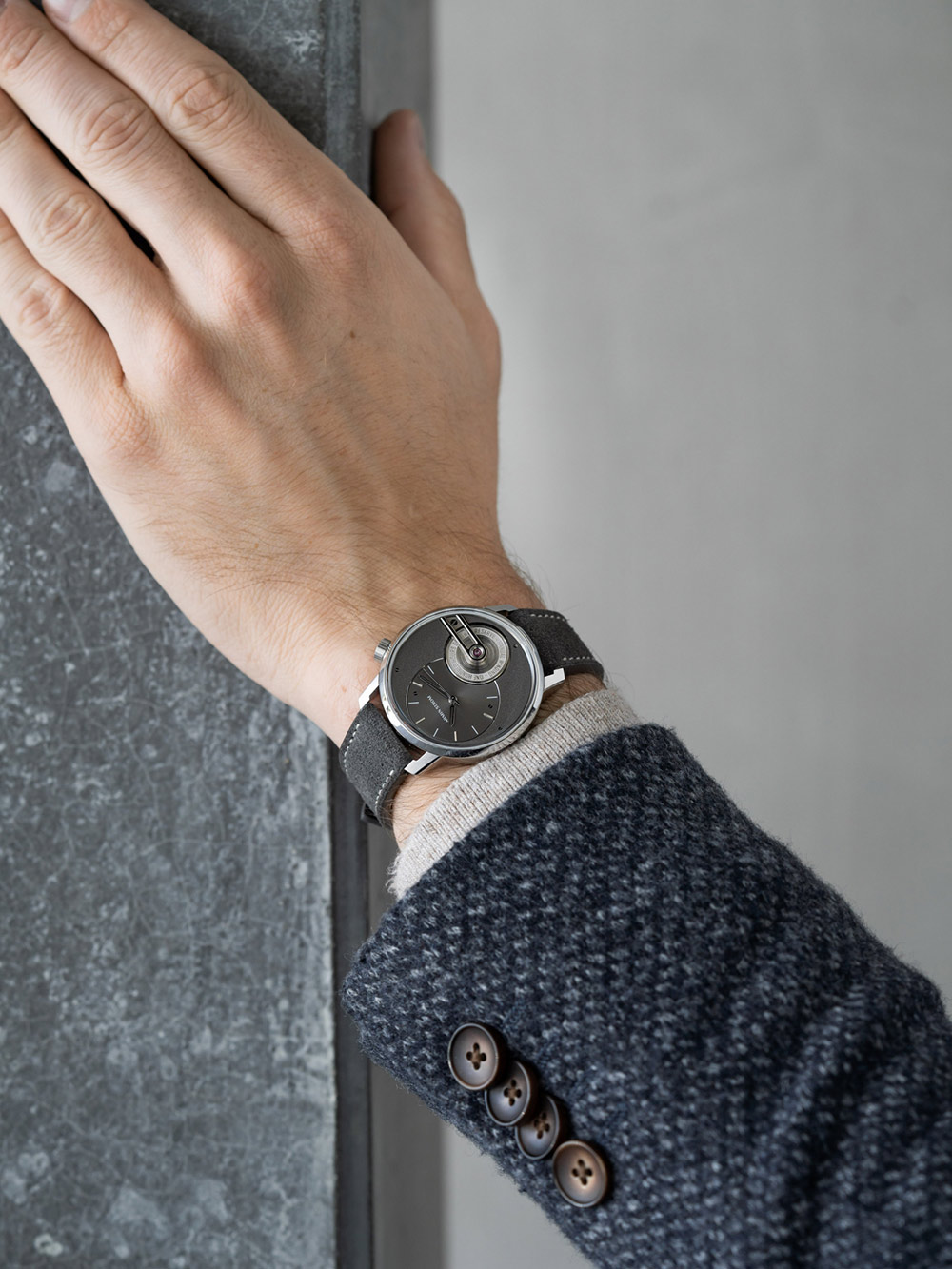 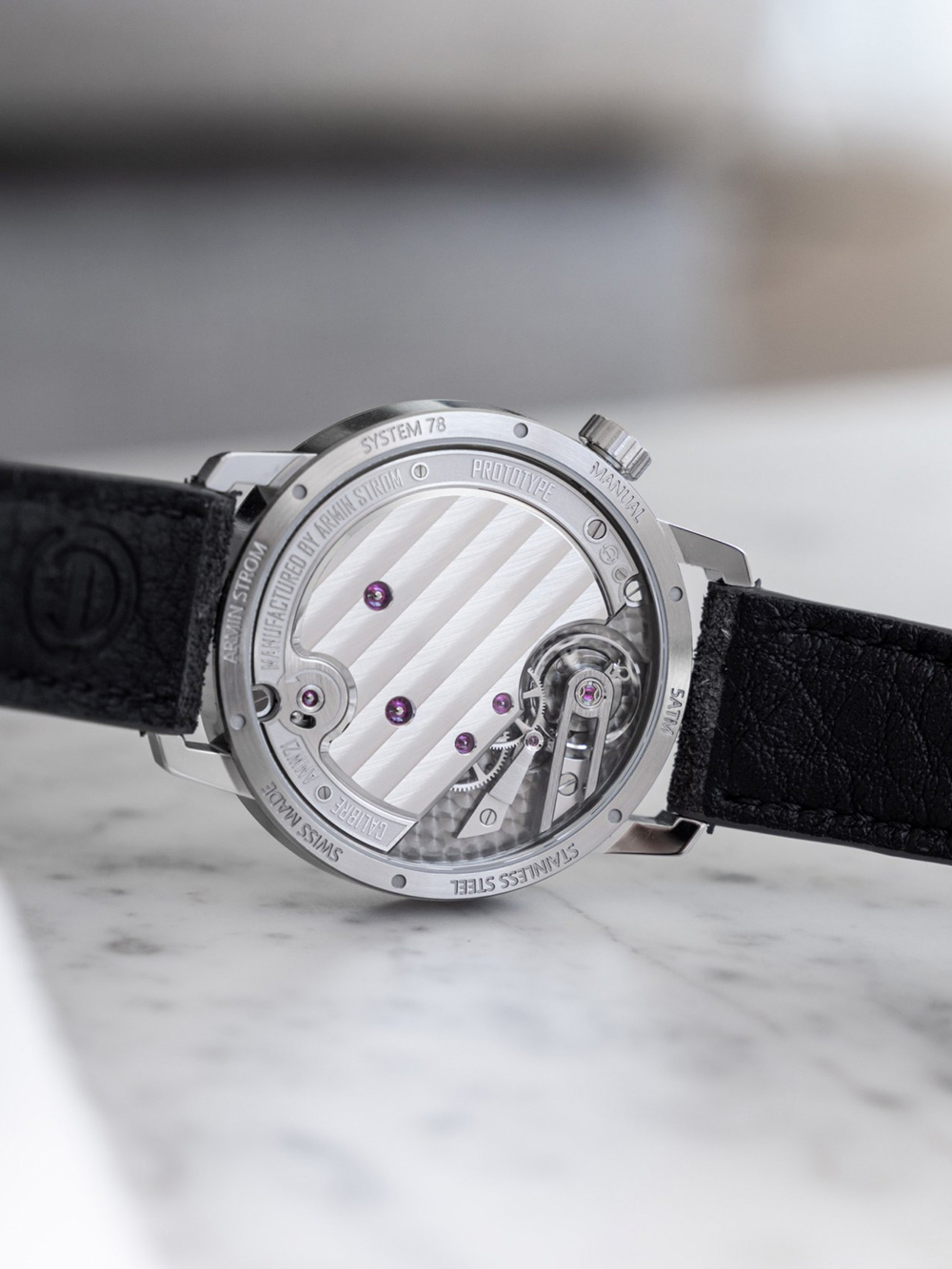 As you’d expect, there’s plenty happening on the reverse too, with an impressive mainplate covered with Côtes de Genève and some impressive bevelling. The balance is visible along with another of those curve-ended Armin Strom bridges. The barrel you can see from the front is blocked here, but it gives the entire movement 100-hours of power reserve. 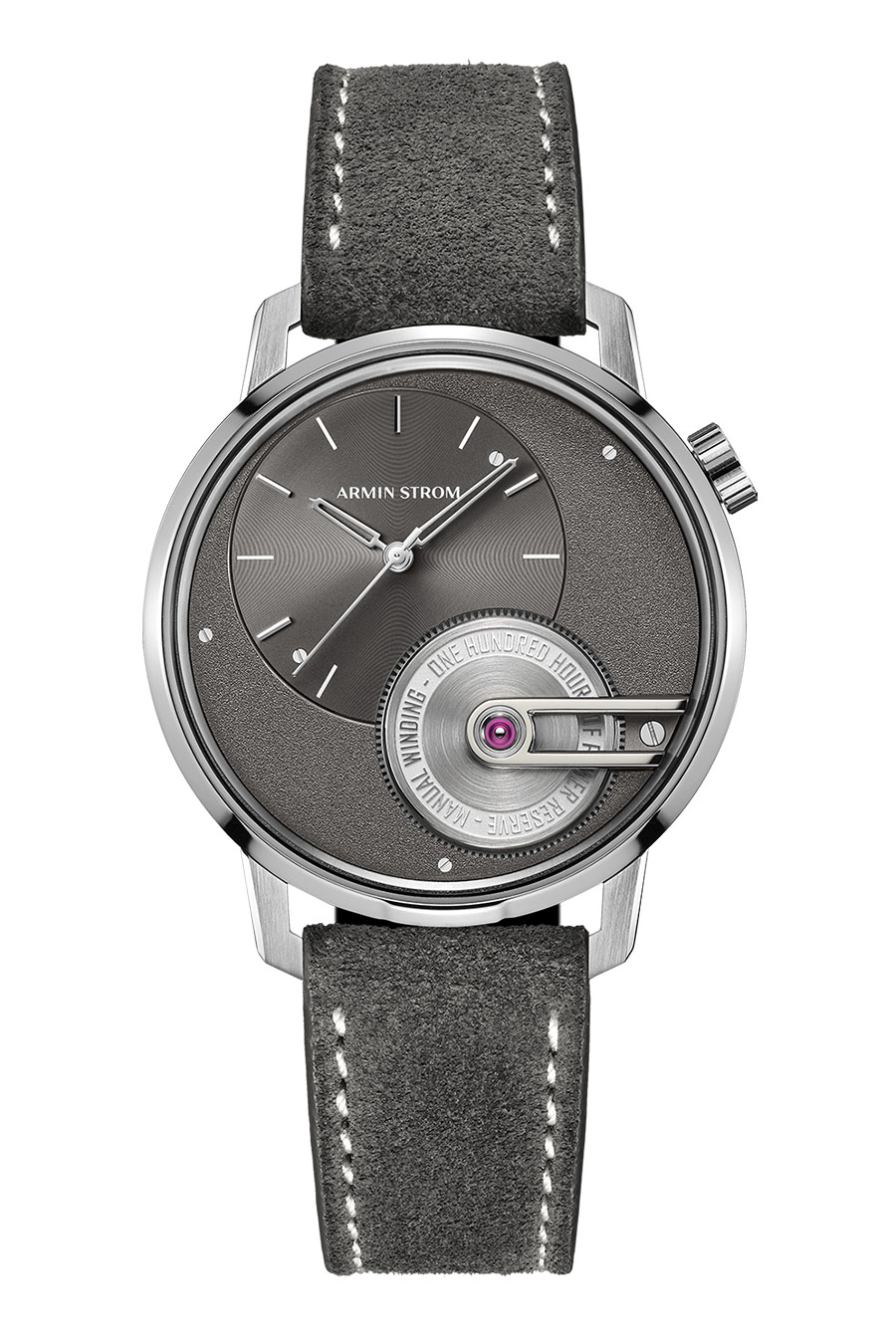 So yes, while this is indeed the new entry-level piece for Armin Strom, it’s no cheap cash-in on the name. It’s still a serious piece of watchmaking, just streamlined into the closest thing the brand currently does to a classical dress watch. The price tag isn’t particularly low either at CHF 13,900 (just under £11,000) but it’s a much lower bar for entry to the brand.

It’s also worth noting that this is the price for the First Edition of the Tribute 1, which will be a limited edition of 25. Later, non-limited editions will replace the white gold barrel bridge with steel, so there’s a good chance that price will come down a touch further. Could we see an Armin Strom for under £10,000? If so, I’m putting my name down.