One thing I’ve come to realise over the past 18 years of listening to hip-hop is that rappers love luxury watches. The value of their wrist candy and their esoteric knowledge of brands and models is used as a yardstick to measure success. Last year we gave you 6 examples of songs that shout-out rap icons’ favourite pieces of bling and since then I haven’t been able to listen to a rap song without hearing some sort of obscure watch-based boasting. In tribute to this flourishing relationship, we’ve lined up our next 6 songs that see rappers pay homage to their favourite horological houses. 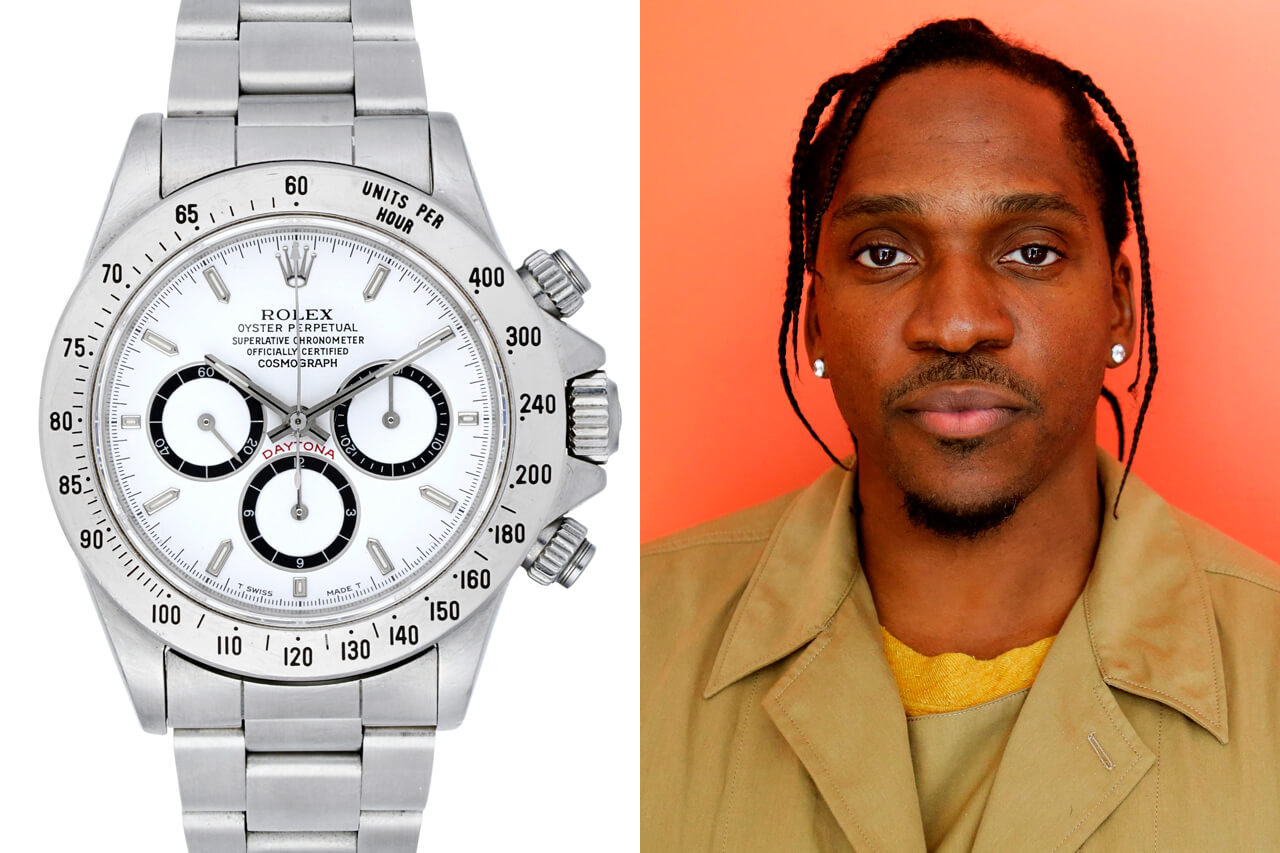 The Good Music CEO is an unashamed watch geek, even going as far as naming his latest album after the most famous Rolex out there. The references don’t stop in the title, however, in Come Back Baby he simultaneously confesses his love for the maverick of the watch game, Richard Mille, and his unorthodox way of storing his mounds of cash – “It’s a mill’ in in the caravan? (Whoa), Richard Mille on a leather band (whoo)”. The album is littered with more subtle references such as “Art Baselin’ the bezel” and “All these diamonds in this watch face, that came from pressure”, he obviously has watches on the brain. 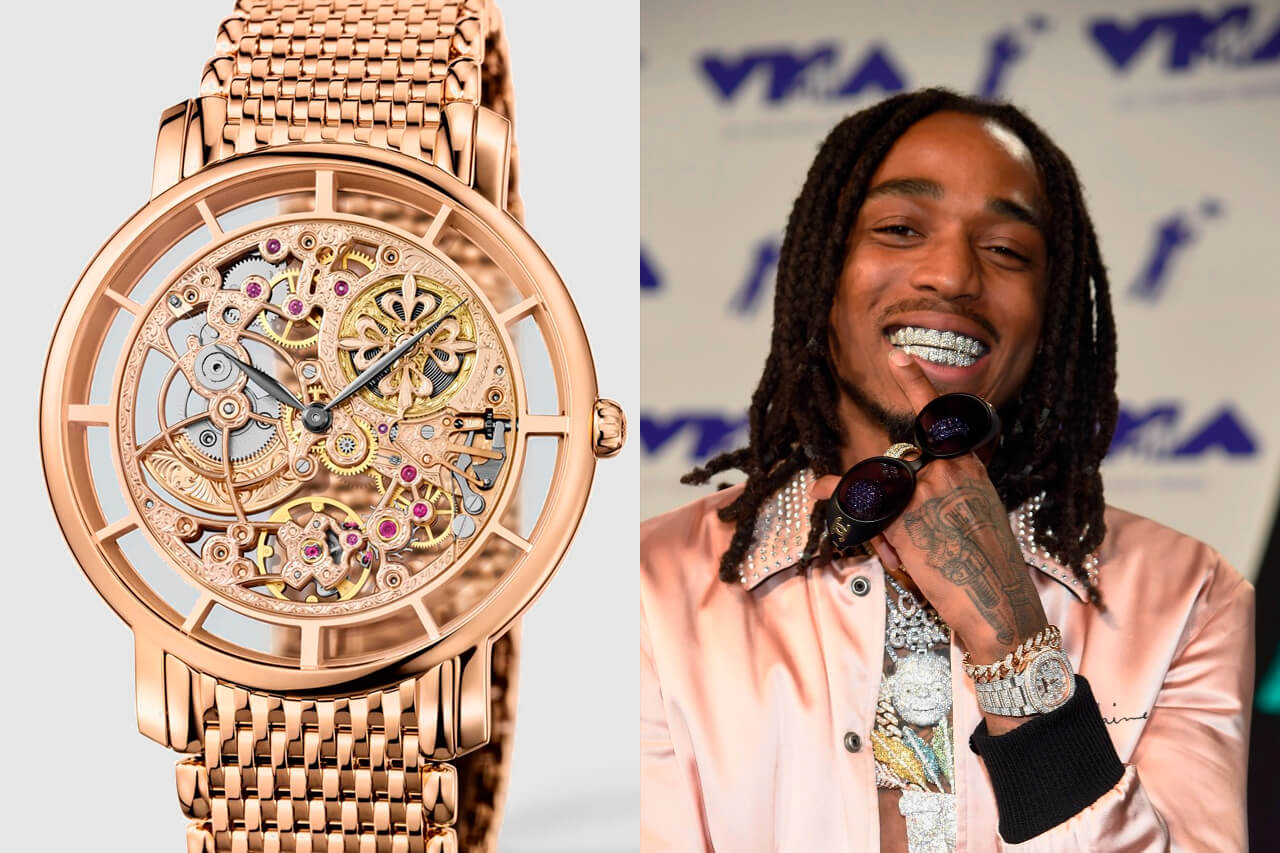 One-third of the renaissance rap trio Migos, Quavo can’t seem to spit a verse without mentioning some sort of luxury brand. In fact, his lyrics often read like a Saudi Prince’s shopping list. We can’t fault him for his taste here though, casually dropping in that he owns the Patek Philippe 5180/1R. The rose gold model is perhaps the Holy Grail of horology, featuring a hand engraved, open worked movement set in a beautiful rose gold case and strap. Drippin’. 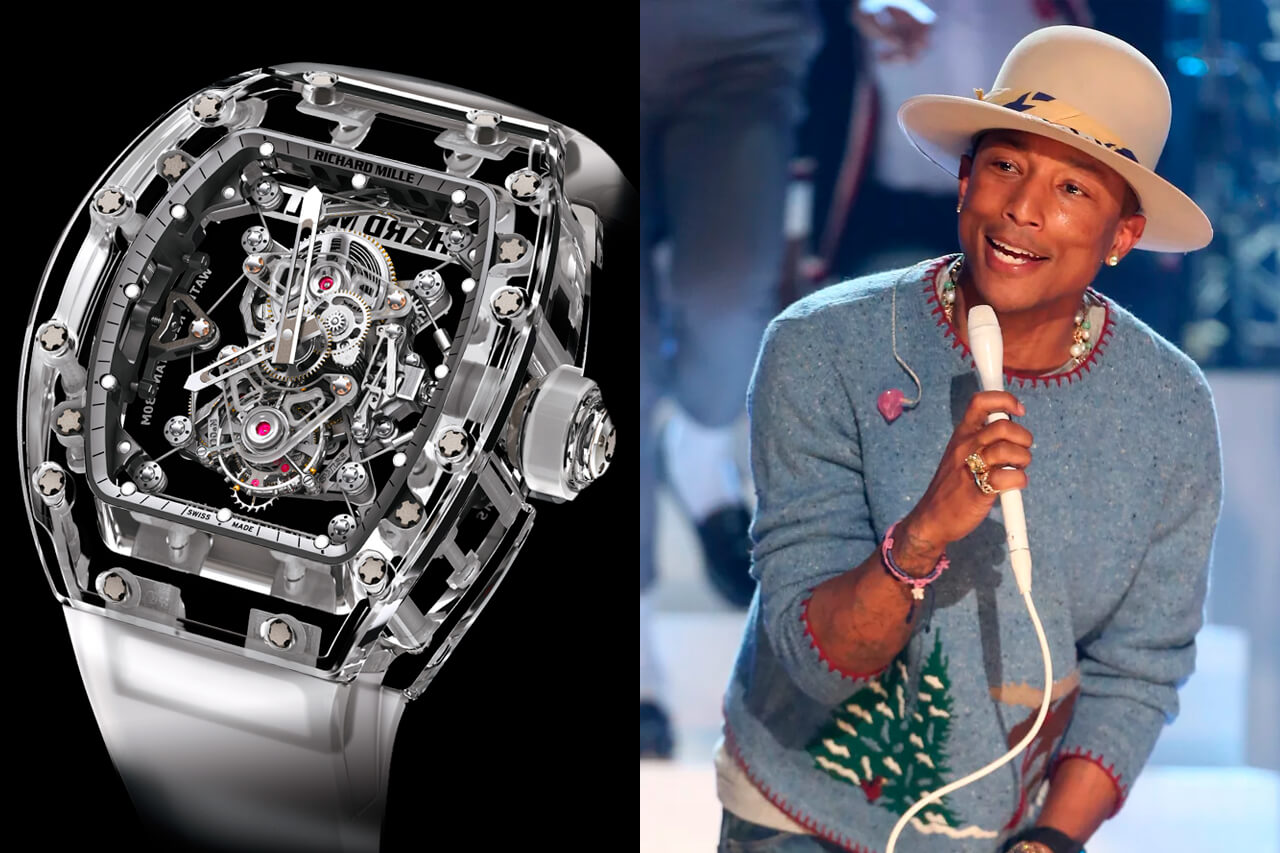 In this homage, Pharrell pays tribute to a very expensive watch indeed, the Richard Mille RM 56-02. Limited to just 10 pieces and with a full sapphire case, if Pharrell does indeed own this watch he would have had to part with $1.65 million of his hard earned cash. Then again, when it comes to the NERD and “Happy” singer, that’s probably an unnoticeable fraction of his bank. 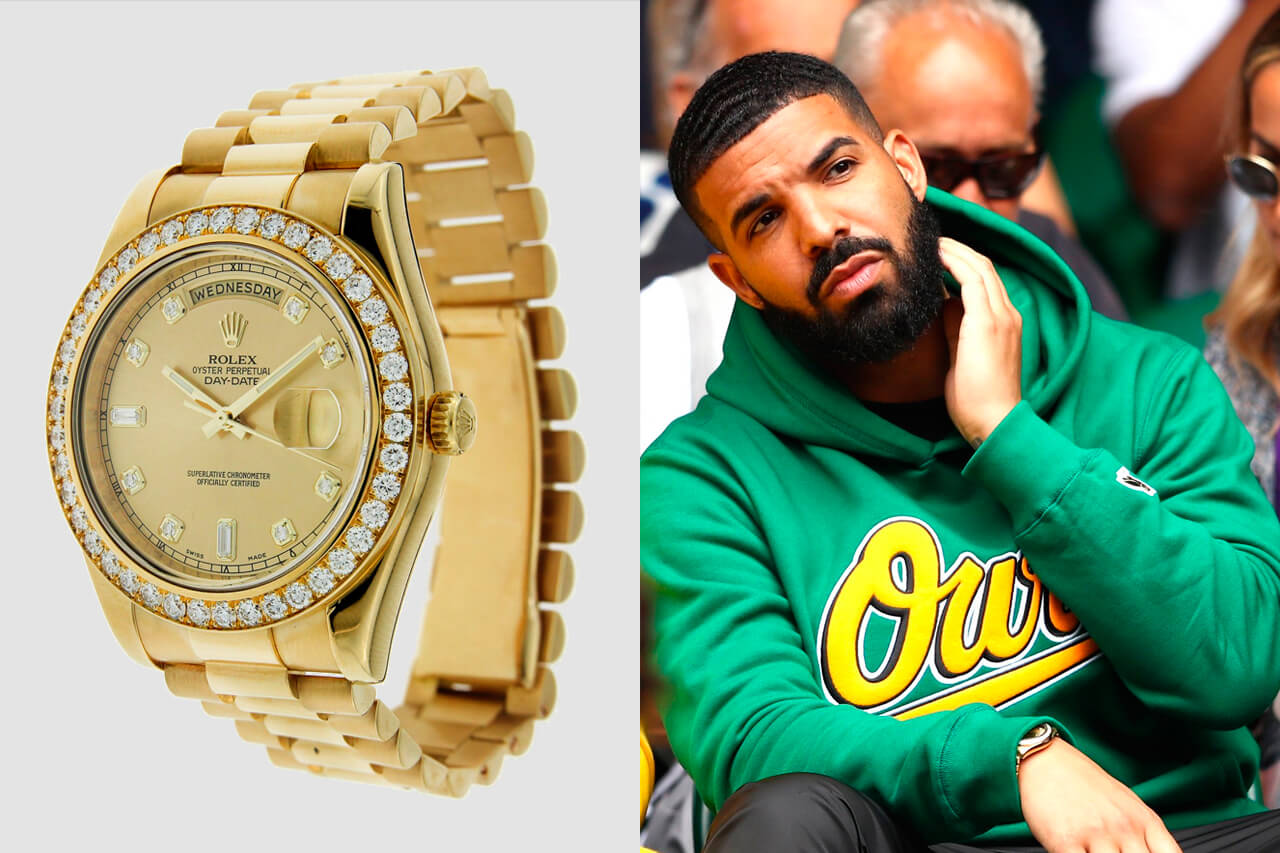 Perhaps one of the more basic references, but then again Drake does seem a little basic, lacking the nuance of other rappers out there. Perhaps Drake has never heard of a chronograph? Or the fact that automatic watches rely on the kinetic movement of your wrist to wind them… 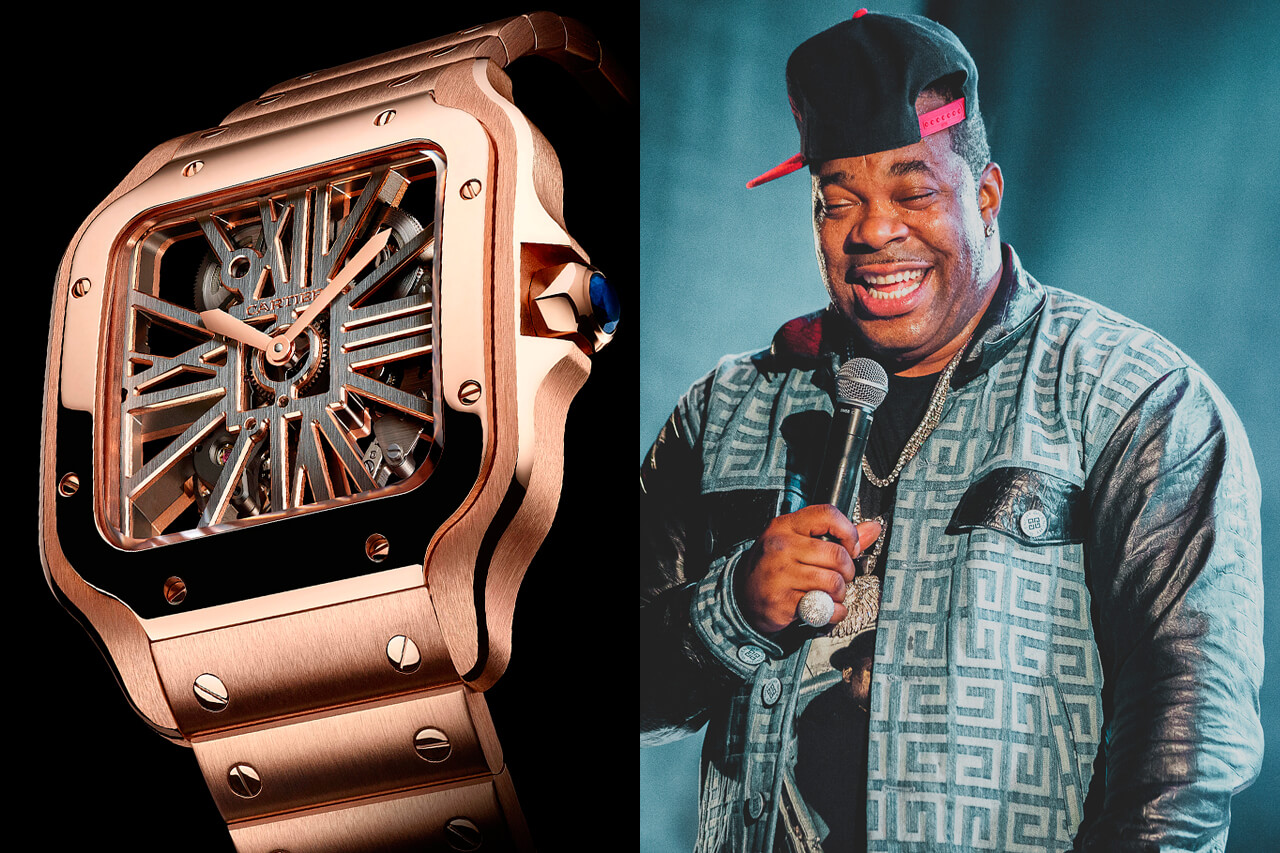 For some reason when you think of Busta Rhymes you don’t tend to think of the refined classicalism of Cartier or even Sidney Poitier. However, here we are, back in the glorious 90’s with one of the earlier references on our list. Busta was ahead of the curve.

Corn On the Curb – Skepta & Wiley 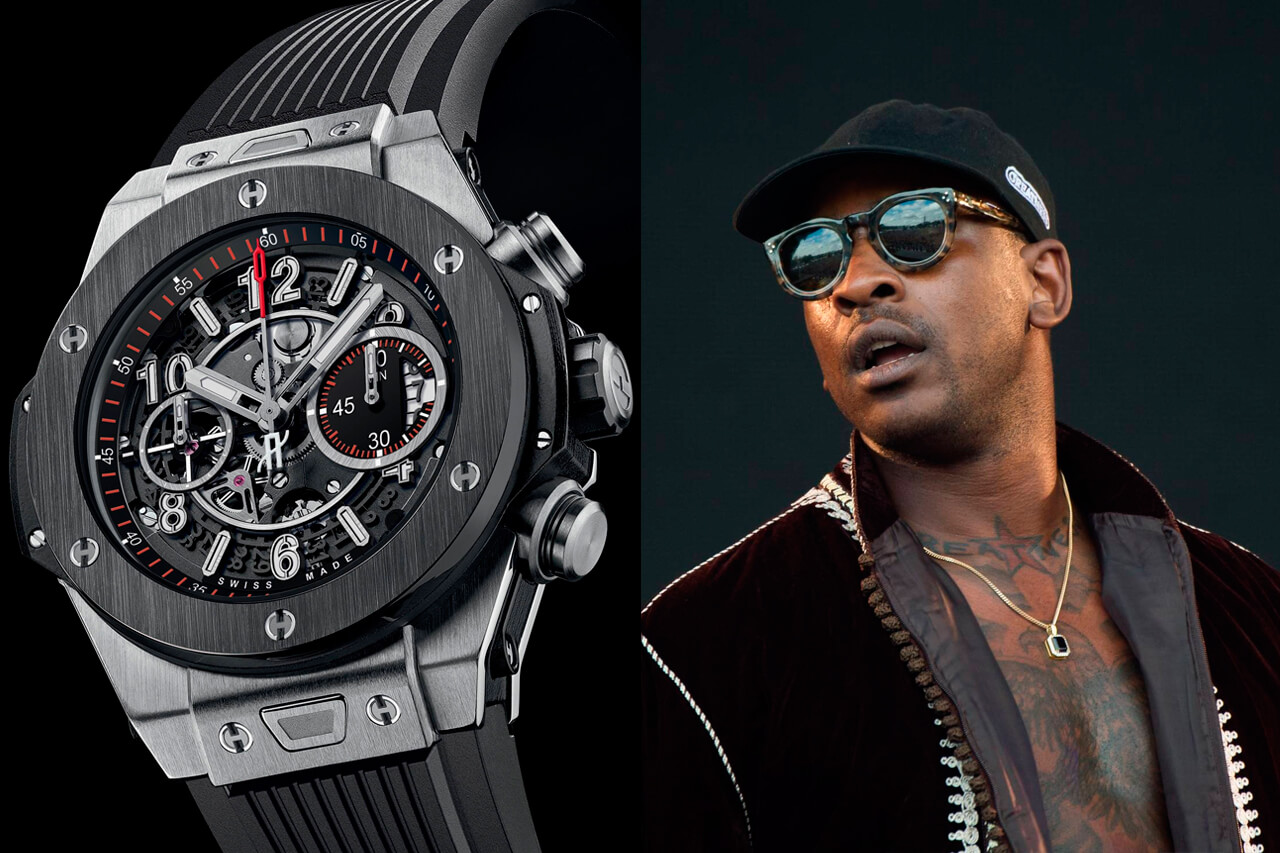 “No Rolex Timepiece, No Hublot Kettle”

Technically Skepta is saying that he doesn’t own these watches here, but we’d use anyone that uses cockney rhyming slang for a brand like Hublot. Kettle might not seem the natural term for a watch but Cockney rhyming slang is a confusing thing. The full phrase is Kettle and Hob, meaning fob, as in a fob watch, which is an English pocket watch. See? Cockney rhyming slang. I’m not sure if Skepta owns a watch but if he did it would probably be a Casio, built for a true roadman.