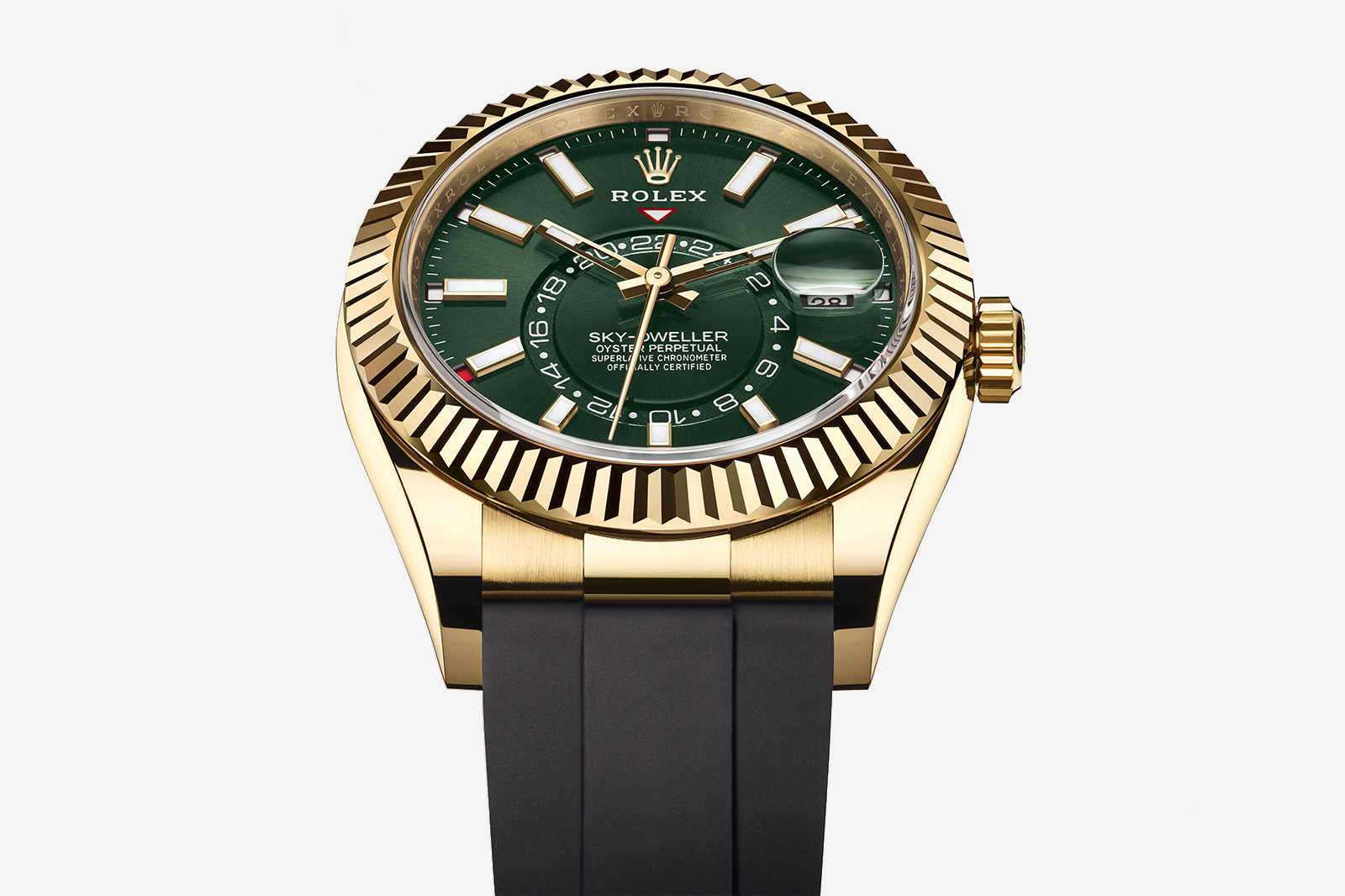 Let’s agree one thing up front. Nothing that is predicted, speculated upon, argued for or even merely hinted at in this article will come true; none of it. Rolex’s propensity to keep thwarting by wide margins – the assumptions of its fans, scholars and devotees seems to be as motivating a factor for its executives as is total dominance of the luxury watch market. My one absolutely nailed on prediction is that Rolex will be as successful at that in 2022 as in any year.

Nevertheless, a little consideration of the hype and analysis of the clues – like the not entirely obscure fact that the world’s best sailor has been given a brand new, never-seen-before titanium Yacht-Master to put through its paces – can lead us towards some diverting speculative conclusions, all the better to watch them fall utterly flat come March 30, when the Watches and Wonders industry showcase is due to commence. 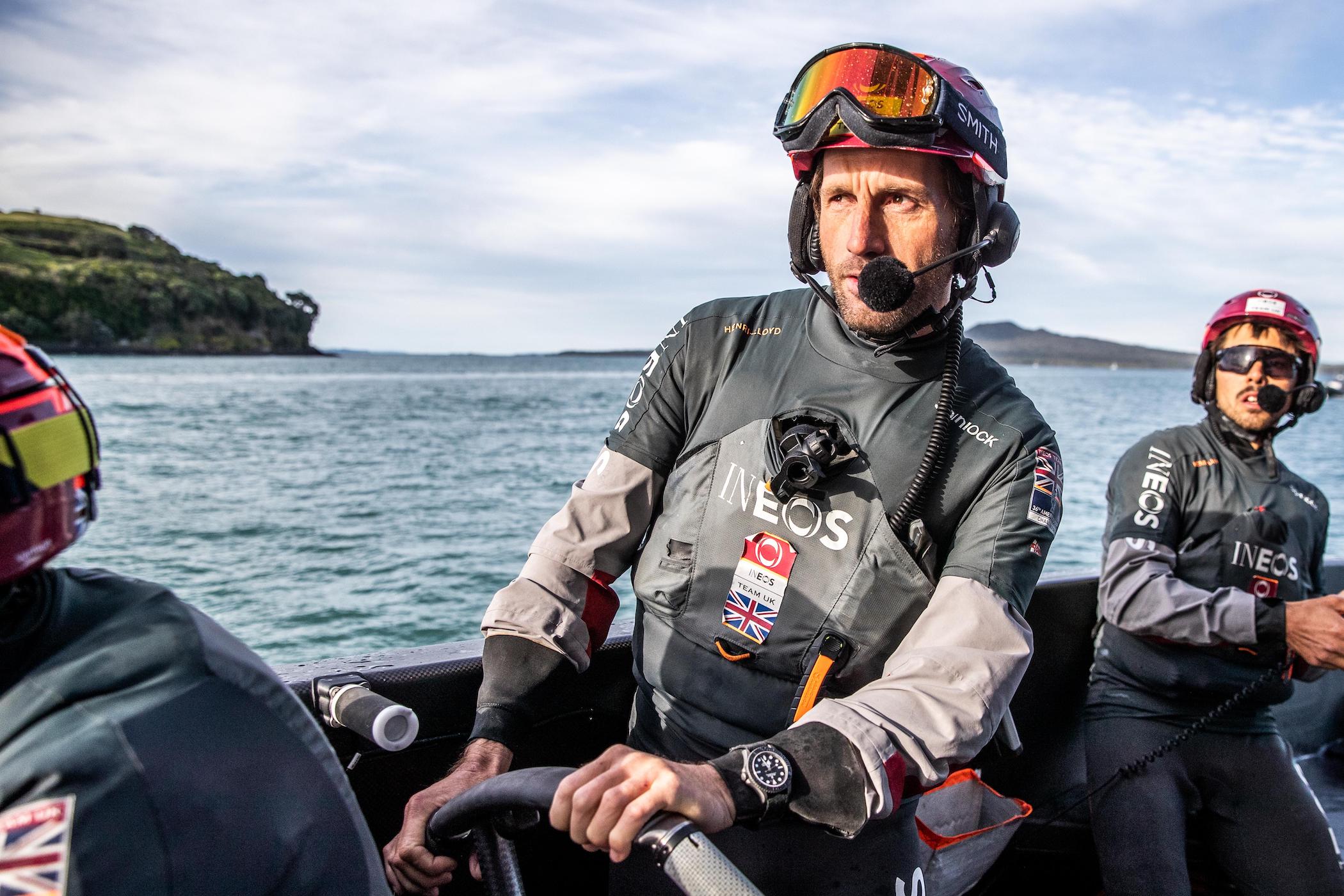 Let’s deal with that Yacht-Master first. Sir Ben Ainslie, the British maritime superstar and sometime Rolex testimonee, has been provided with an all-new prototype he’s been wearing at sea. And it’s a doozy: a 42mm Yacht-Master with no date, cased not in gold but in lightweight, dark grey titanium with a distinctly utilitarian matte finish, on a dark fabric strap. It turns the Yacht-Master from a Cowes Week status symbol into a salty seadog of a tool watch. 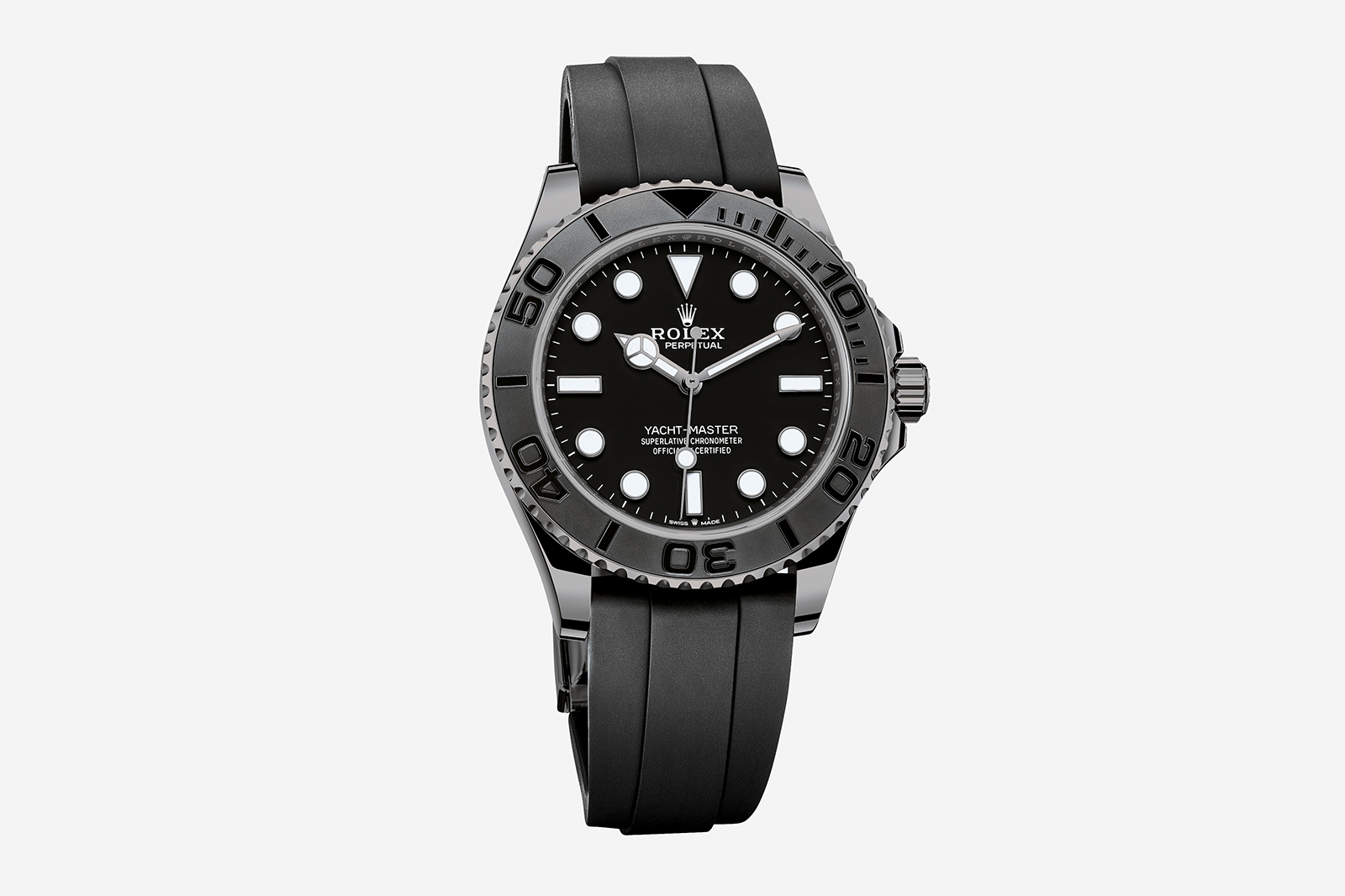 Rolex, of course, has never made a titanium wristwatch and doing so now would seem to be entirely at odds with its overriding focus on precious metals, despite the boiling fervour in the steel Rolex market. Indeed, on its fabric strap, the watch seems more like a Tudor concept than Rolex (though I’d expect a commercial version to be on an Oysterflex strap anyway). But you could also argue that the brand needs to divert some hype away from the steel market, and a tested-in-the-field action watch gives it a chance to re-affirm its legacy in purist professional tool watches, while adding something truly exciting.

If it appears, it will be absolutely the hottest watch of 2022, and completely unobtainable. It will also unleash an avalanche of titanium watches from other brands, and cause an absolute shitstorm in the Rolex pre-owned market. Here’s hoping. 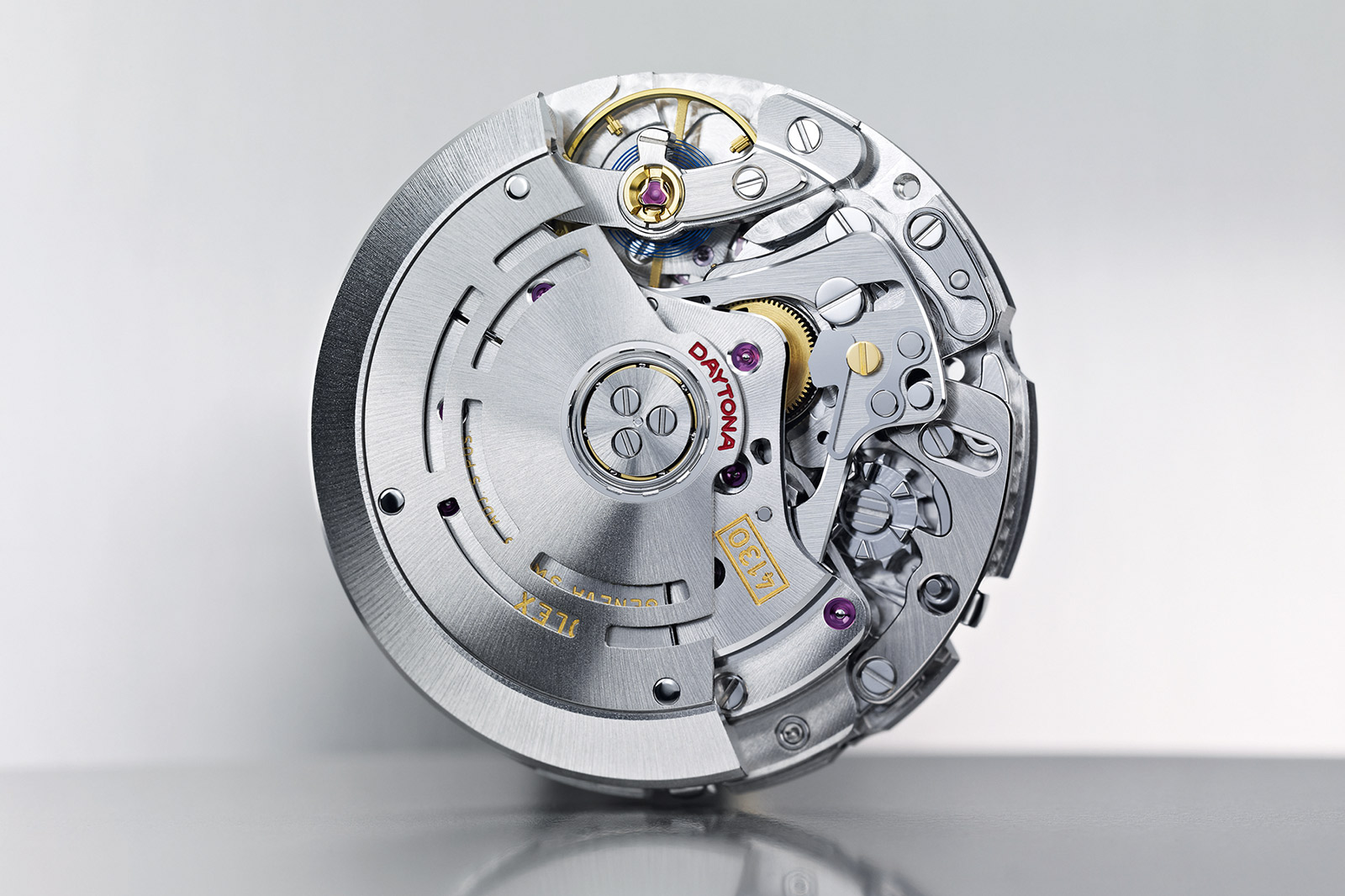 Meanwhile, the dominating factor in new Rolex watches since 2015 has been the upgrading of its various lines to a new generation of movements with profound increases in power reserve, precision, efficiency and resistance to magnetism and shocks. It’s a job approaching completion, though the fact that the all-conquering Daytona still has the 4130 movement introduced in 2000 seems increasingly anomalous (even if there have been improvements in that time).

Six years after the big Daytona overhaul of 2016, is a new movement on the cards? I doubt it – the 4130 is a beast, and already has a 72-hour power reserve, Parachrom hairspring and Superlative Chronometer accuracy. If it ain’t broke…

A much bigger anomaly is the continued existence of the weird sisters of the Rolex Professional range, the Milgauss and the Air-King. They still carry the old-generation 3131 movement with an anti-magnetic soft iron shield – a feature the new gen movements made entirely redundant thanks to their built-in anti-magnetism. 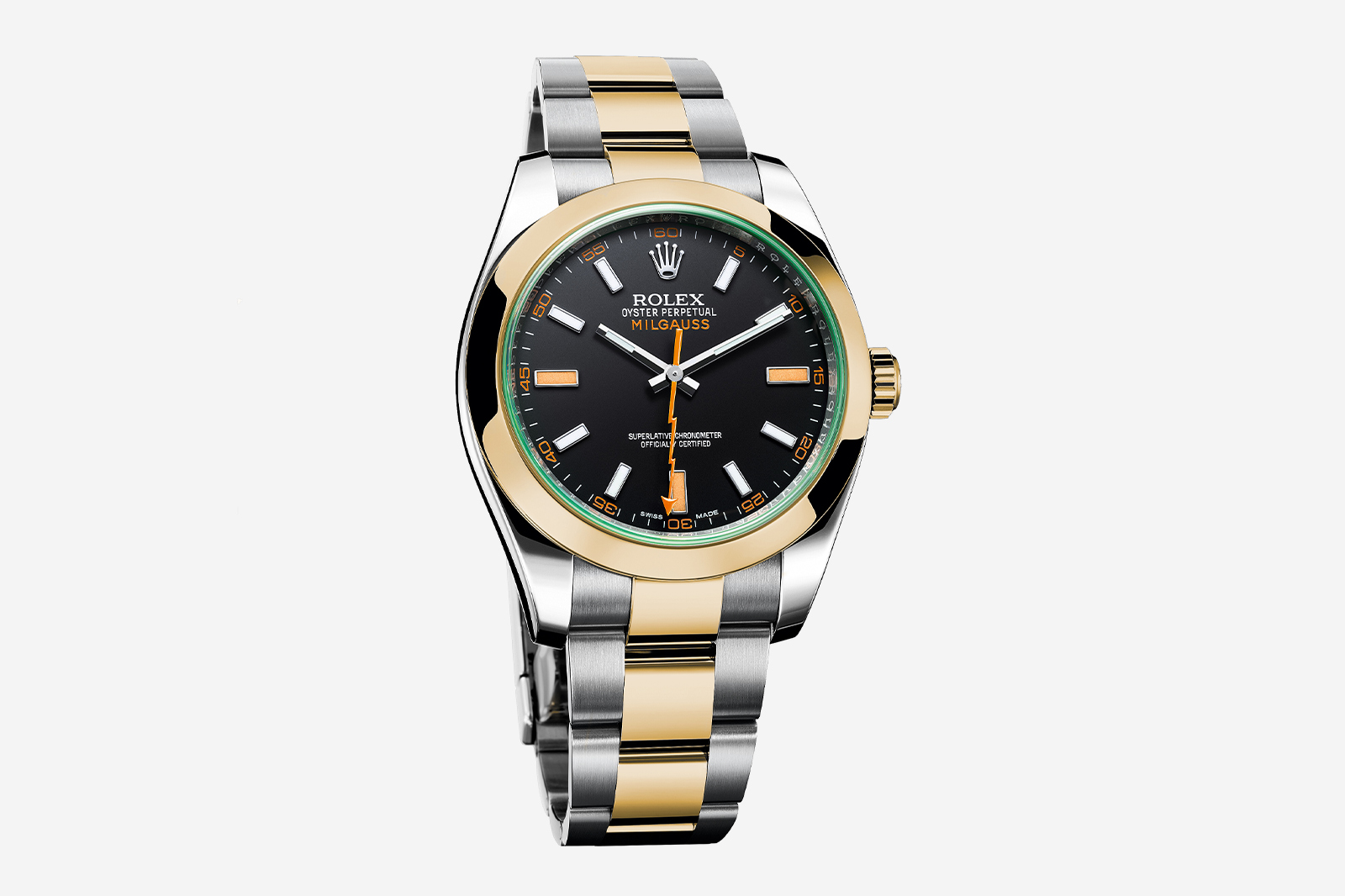 Things seem even more out of kilter when you consider pricing: the Milgauss costs £7,350 to the Air King’s £5,750, even though they’re technically the same watch, while the 41mm Oyster Perpetual with new-generation 3230 movement is just £4,850. Tudor’s 15,000 Gauss-repelling METAS-assessed Black Bay is a thousand pounds less. From a stylistic, conceptual and value perspective, both the Milgauss and Air-King don’t make much sense, but neither does total discontinuation as they add some much-needed quirk to the line-up, and the Milgauss in particular has a foundational story that’s just too important for Rolex to completely ditch.

Still, imagining where Rolex can take either watch is rather harder. But, seeing as we’re dabbling in hypotheticals here let’s go extreme, if not downright evil. If the brand’s confounding recent tendency to issue two-tone variants of completely inappropriate tool watches (Explorer in 2021 and Sea-Dweller in 2020) continues, then how about a technically upgraded Milgauss or Air-King? If only for the sport of watching the forums ignite. 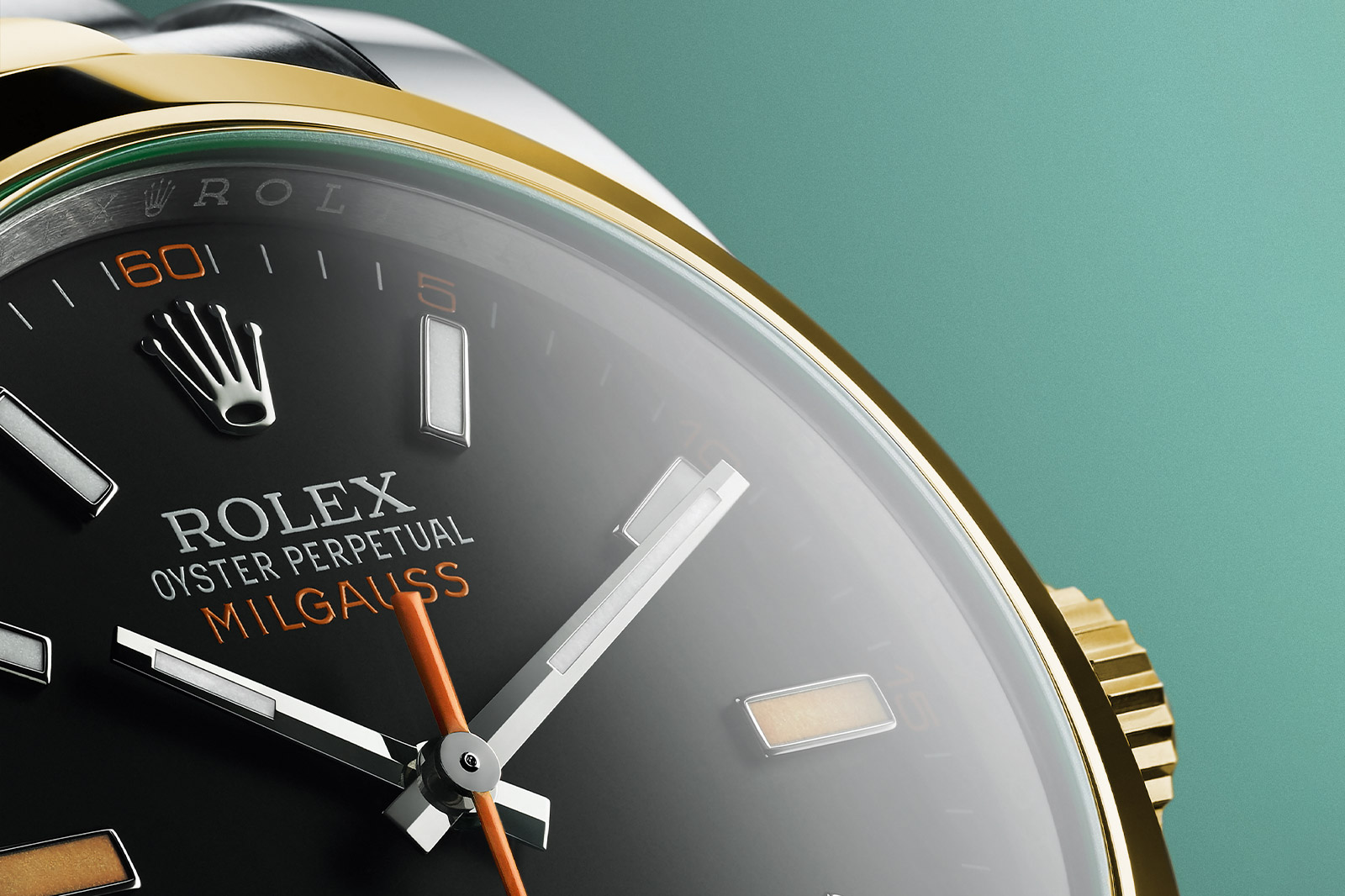 Two-tone or not, upgrading to the new generation of movement surely means losing the soft iron shield; but a 3230-equipped, 41mm Milgauss seems worth keeping around. You could even make an argument for a new, super evolved anti-magnetic movement, presumably Calibre 3231, perhaps bringing Rolex’s Syloxi silicon hairspring into play along with the upgrades that Tudor have deployed in their METAS Black Bay.

The Air-King, with its busy dial and charmless, Frankenwatch ambiance, seems less easy to justify, unless of course a total redesign is on the cards. So, expect it to stay as is for another five years at least. 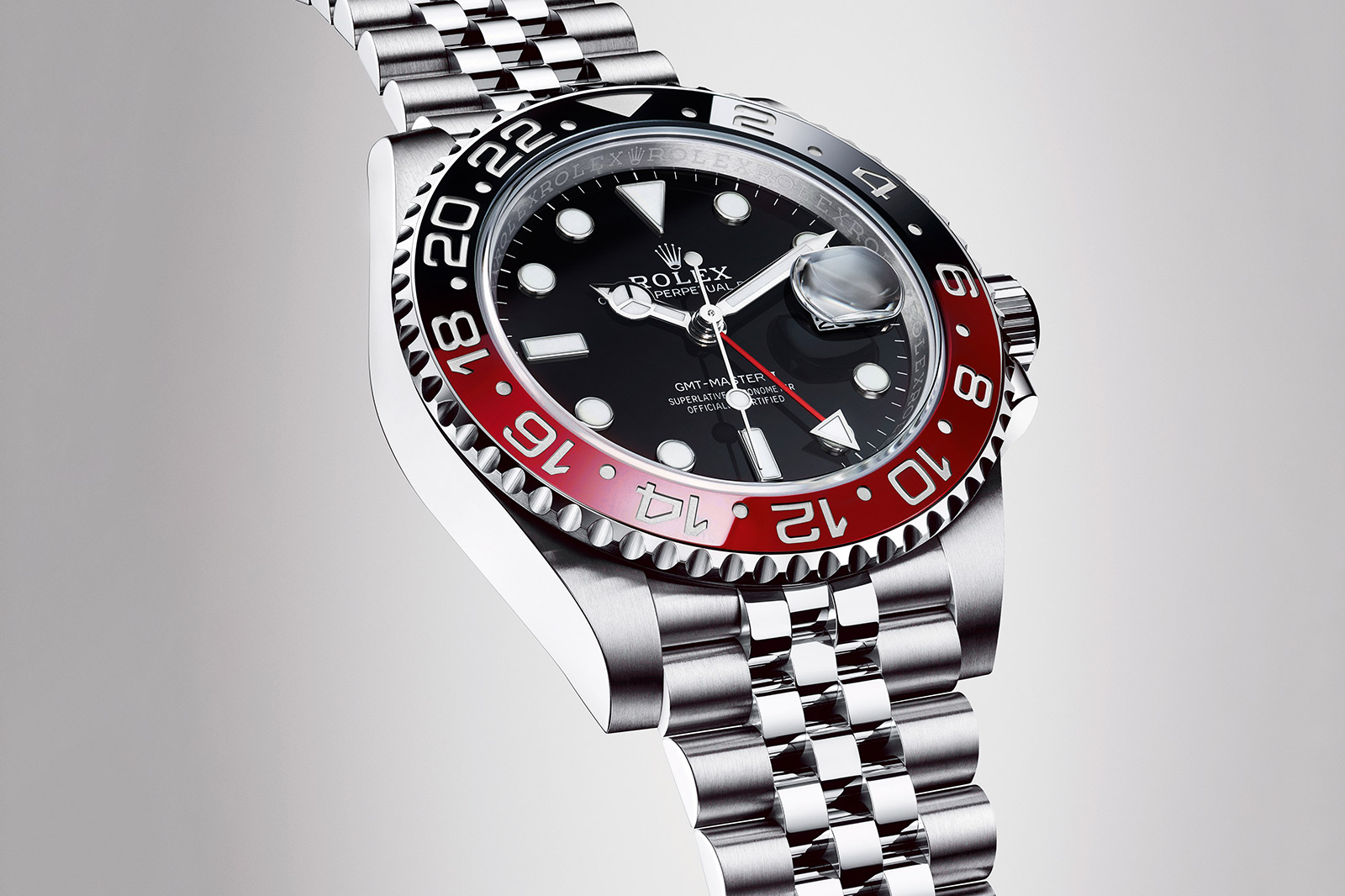 Speaking of the forums, there is as ever plenty of hankering for various canonical versions of two recently upgraded watches, the Submariner and the GMT Master II. I feel it’s possibly too soon to expect much change in the Submariner range, while the GMT Master II has been the focus of a fair bit of chopping and changing in recent years.

Nevertheless, the red/black ‘Coke’ bezel surely cometh one day, so why not now? Perhaps this even edges out the white gold ‘Pepsi’ variant with a blue dial (I simply can’t see Rolex launching the Coke in steel). 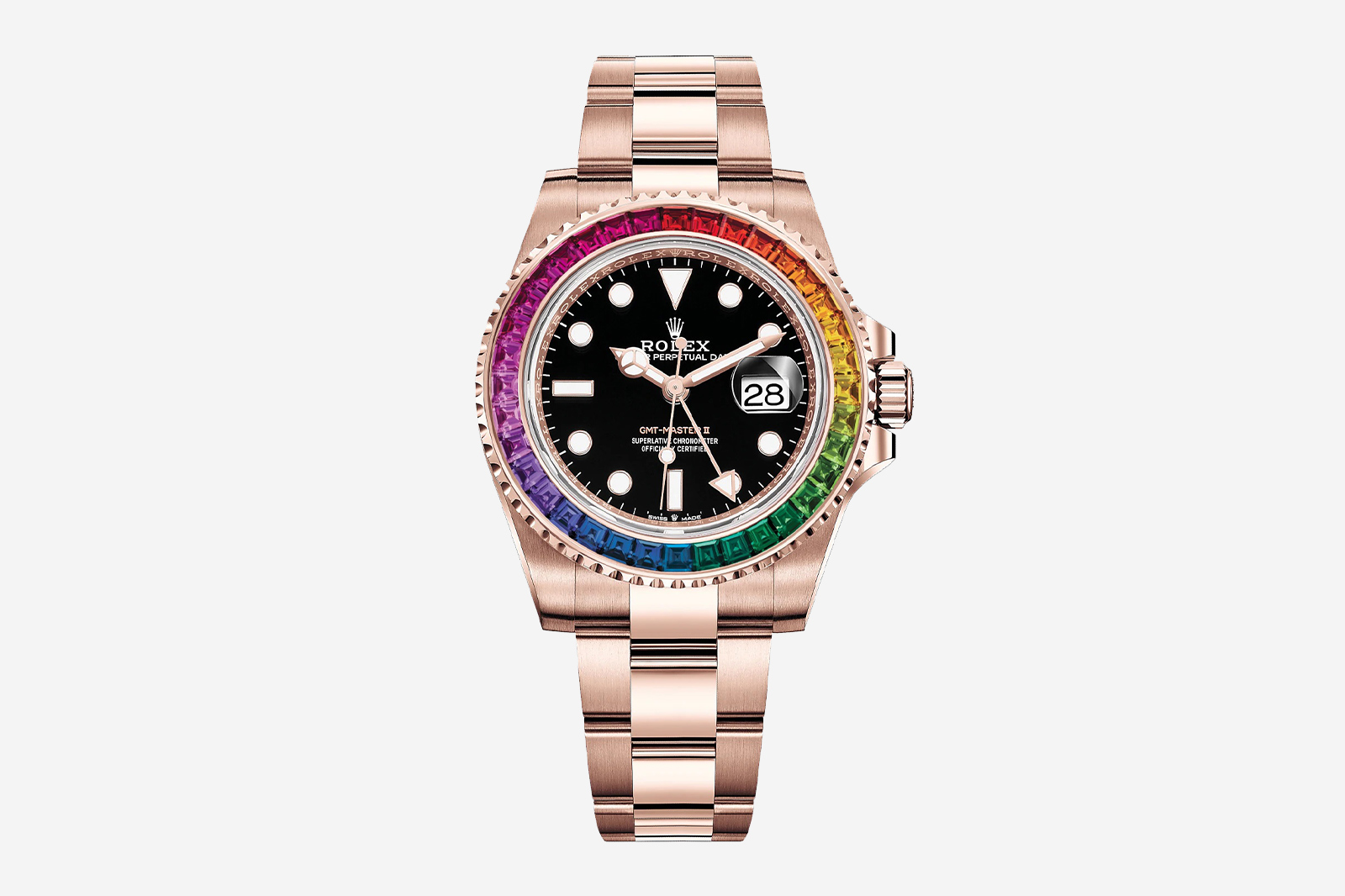 And filed under the category of ‘why the hell not’, how about a super deluxe, gem-set rainbow bezel GMT as a sparkling addition to a run that’s seen similar models in the Daytona and Yacht-Master ranges in recent years? Now that really would be a glamorous way to travel.

Oh, by the way: the Cellini range (remember it? Rolex’s little-seen series of classical dress watches) also still has the old generation 31XX movement. Does a watch as dryly unremarkable as the 39mm Cellini Time deserve a 70-hour power reserve, profound magnetic resistance and a Chronergy escapement? Somehow, I don’t think so. So book it in.

Disclaimer – ‘Why Rolex Probably Won’t Make These Watches in 2022’ is an article that is in no way affiliated with Rolex. Some of the images contained in this article are not images of real watches and are not associated with Rolex.