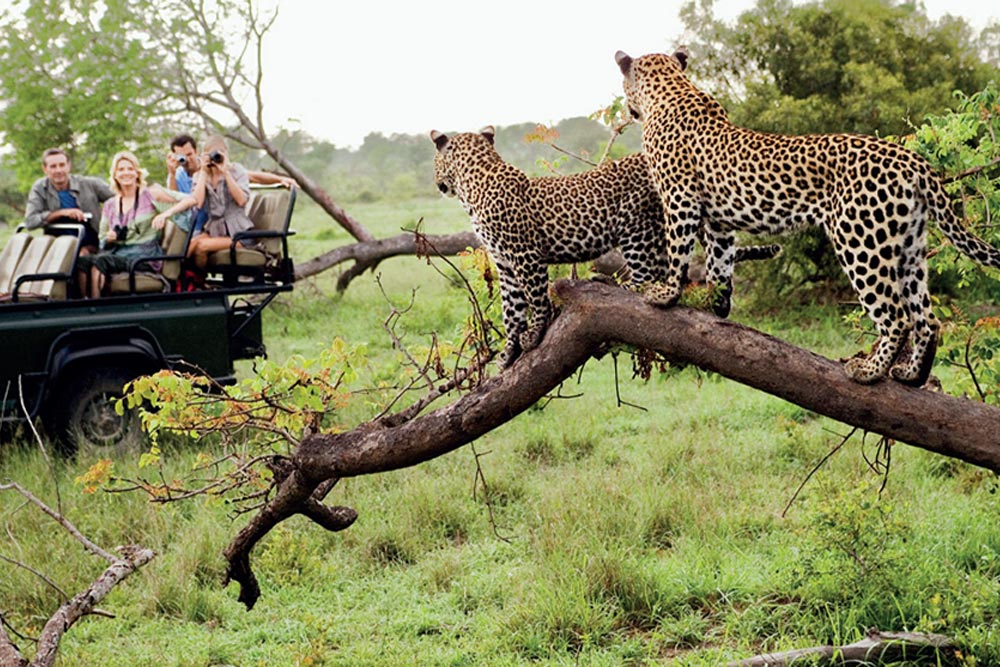 If Tiger King taught us anything it’s that you can’t trust a trigger-happy hillbilly with endangered species. But if re-watching the escapades of Joe Exotic isn’t enough of a big cat fix for you, three-game reserves are offering a real-life taste of safari from the comfort of your own home.

The trio in question consists of and Beyond Ngala, Singita and Virgin Limited Edition’s Ulusaba Game Reserve, which rank among the most exclusive reserves in the world. The first is streamed via broadcaster WildEarth, while the other two keep the action to Instagram TV. All are led by professional rangers and, while the curse of a safari is that you might not see what you want to see, they’re held twice a day. It’s not the real thing, but at least your arm won’t get ripped off.

More at And Beyond, Signta and Virgin Limited Edition. 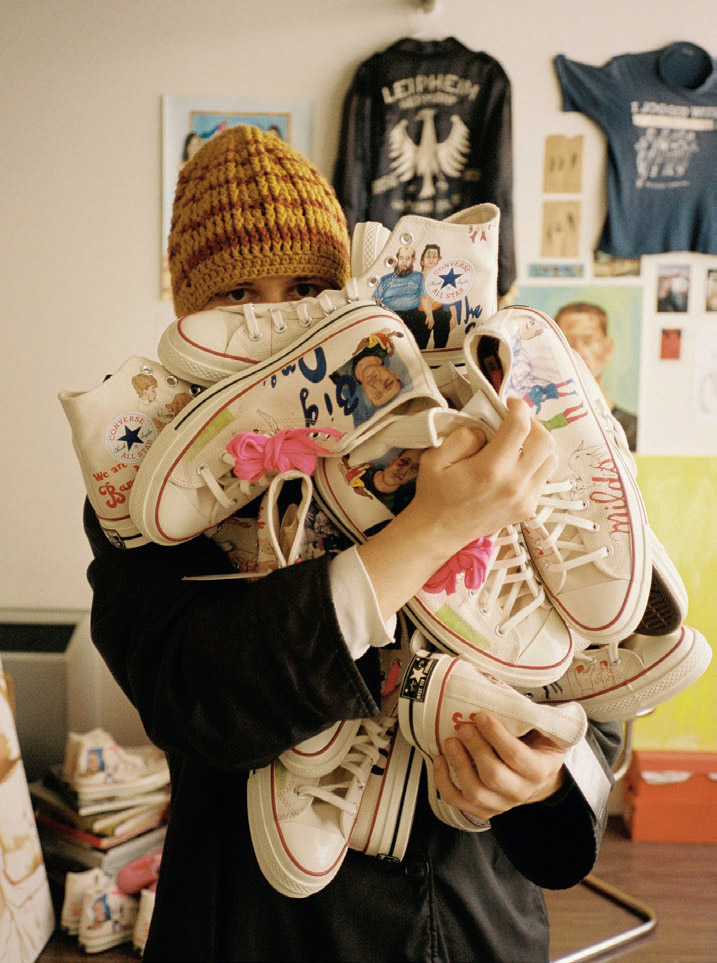 For the latest instalment in the rapper’s ongoing collaboration with Converse, Tyler, The Creator has enlisted Spencer McMullen in his Artist Series. Using the iconic Chuck 70 as his canvas, McMullen has created a limited edition doodled with lifelike drawings contrasting with off-kilter cartoons and scrawled writing, an incredibly cool mash-up – if you can manage to get your hands on a pair. They’re going for $100 and they’re going quick. 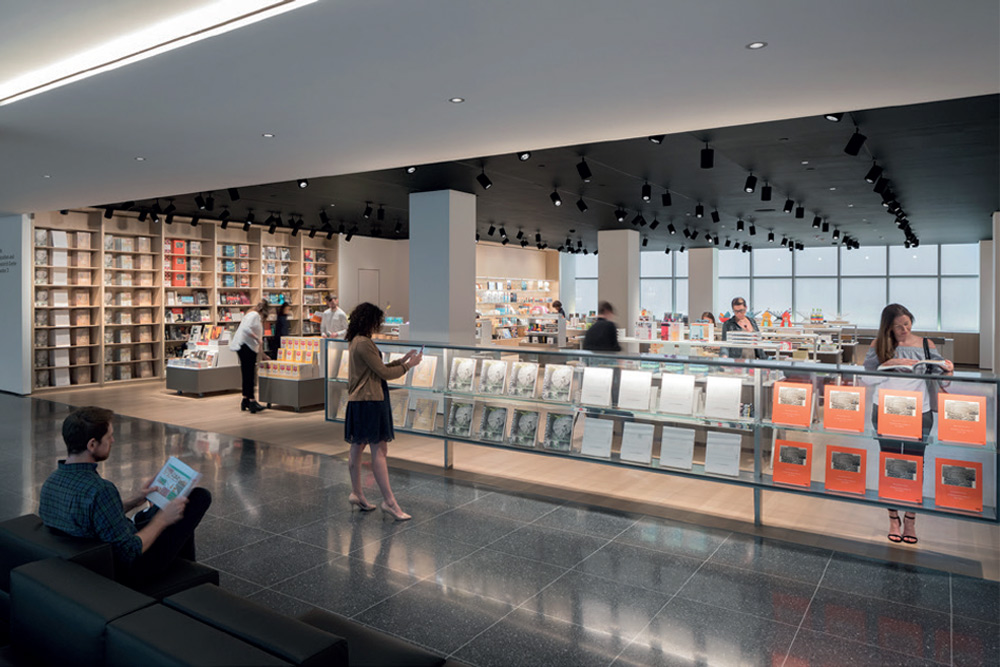 If quarantine keeps up much longer, MoMA will be the single most important art museum in the world – not that it’s far off now. First, it began offering free art classes to help keep people sane; now it’s letting you open up your own creative library by selling off some of its rarest art books. These are tomes that have been stored in the museum’s archive for years, decades even, and cover a vast cross-section of art and architecture.

Just head to the website to find some incredibly rare – and a few incredibly pricey – volumes with a top end of $2,500. That’s a good deal more impressive than whatever coffee table photography book you currently use to impress guests. Not that you’ll have any for a while, obviously. 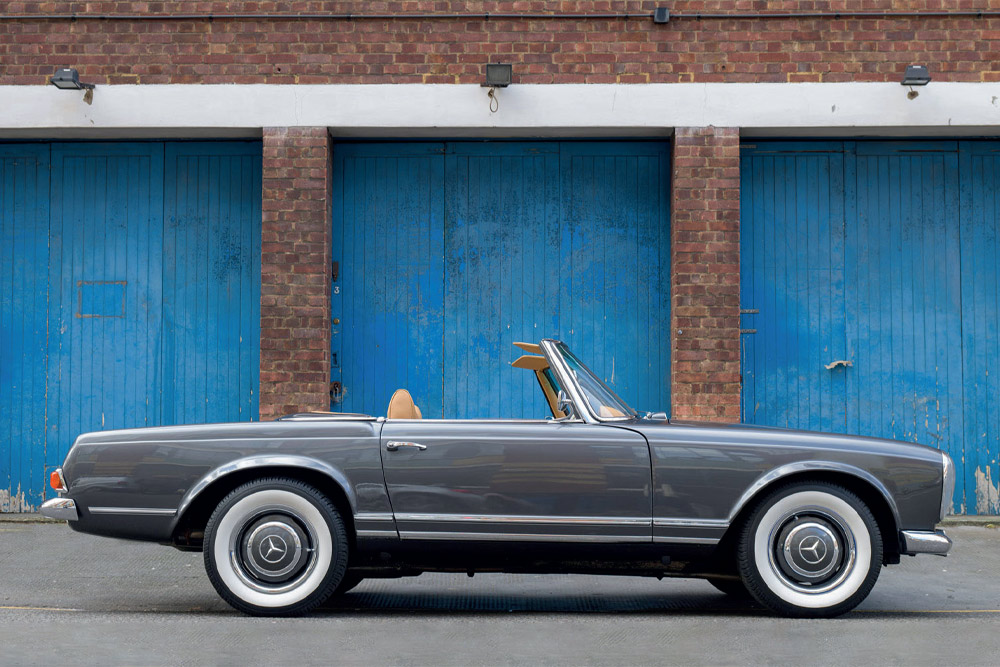 Classic cars aren’t exactly known for saving the rainforests, especially something as big and iconically luxurious as the Mercedes-Benz 230 SL. Now though you can own a pedigreed car like that without worrying about the fumes sputtering out the rear. Britain’s Iconic Cars is offering to convert your ancient motor into a flashy new electric number, keeping the outside pristine while switching up the entire drivetrain. Think of it as future-proofing your currently gas-guzzling car so you can actually use it in ten years’ time. And hey, all conversions are 100-per-cent reversible, so if you feel like it has lost its soul (or just want to save the resale value) you’re covered. 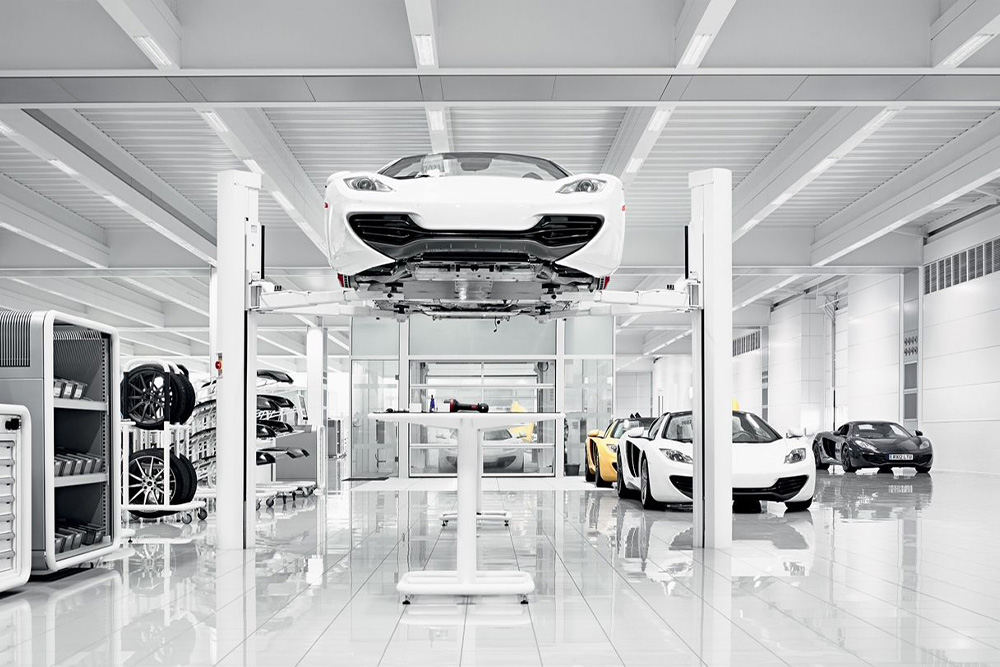 It takes a lot of mechanical know-how to produce a hypercar; it takes more than that to create a McLaren. So it’s no surprise that the British marque can turn its hand to many an engineering challenge, including helping supply the UK with a huge number of desperately needed ventilators. Both the Woking factory and the F1 workshop will be producing the ventilators, while the electronics division will be developing testing equipment to ensure they’re all working. The net result is that McLaren is aiming to produce 10,000 machines to hospitals around the UK, helping to bolster the strained supply. First, they build machines that take your breath away, now they’re giving it back.

The End (of Baselworld) is Nigh 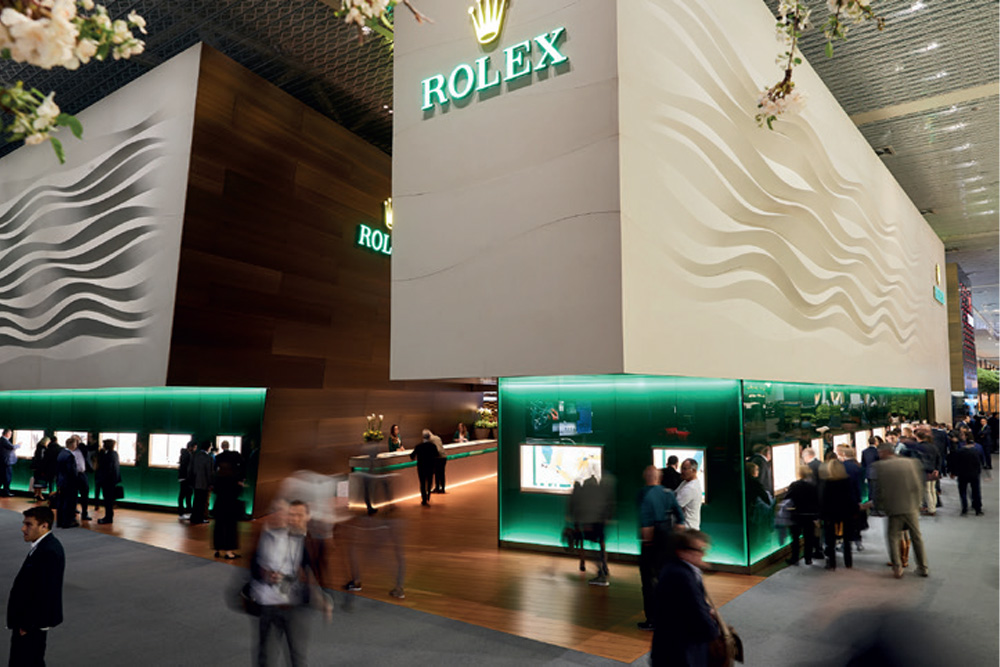 If you had your ear to the ground you might have seen this coming, but Baselworld, in the past the most important watch show of the year, may well be no more. After haemorrhaging brands for years, the two pillars holding it up – Rolex and Patek Philippe – have finally left, followed by TAG Heuer, Zenith and Hublot, putting the entire show on ground shakier than the San Andreas Fault.

There is some light at the end of the tunnel though: Rolex, Patek and a number of other watchmakers will be setting up their own show in the horological heartland of Geneva. What form this will take and when, only time will tell, but one thing’s for sure: it’s when some of the most hotly anticipated timepieces in the world will be launched. Watch this space. 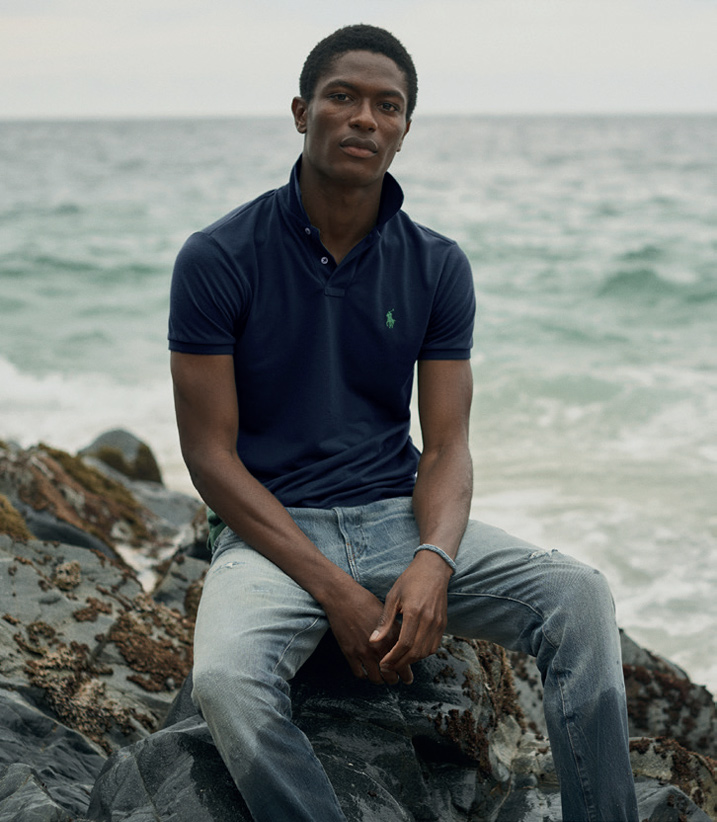 First, the designer donated $10m to help fight Coronavirus, now this – Ralph Lauren has taken it upon himself to save the world, and he’s doing a damn good job of it. To celebrate the 50th anniversary of World Earth Day, the American label has reworked its famous polo shirt in the Earth Polo capsule collection. Each shirt is made from 12 recycled plastic bottles in available in 19 colours, created using waterless dyeing techniques.

If you care about the environment at all, it’s hard not to applaud Ralph Lauren’s initiative and, even if you don’t (Greta Thunberg wants words) these are some seriously cool, seasonal polos for £95. 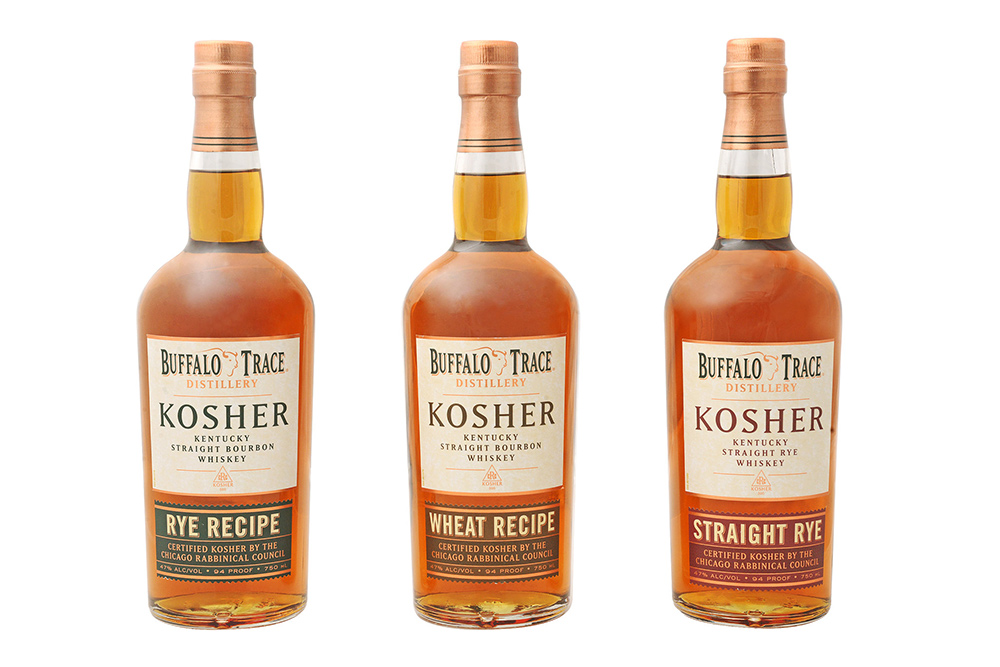 There are a few things you expect at Passover; gefilte fish, brisket, matzo ball soup, the usual kosher delights of Seder. Generally, bourbon isn’t one of them. That’s because surprising at it seems, it’s hard to ensure that whisky is Kosher. The barrels it’s aged in can’t have held any wine for one thing, and even then most whiskies settle for not being Kosher. Buffalo Trace, on the other hand, has released a trio of Rabbi-certified expressions – rye, straight rye and wheat versions – that have been in the works since the first grains were being grown. Now that they’re finally available, after a painstaking process avoiding any and all chametz contamination, we have part collector’s item, part orthodox tipple. L’Chaim!

The latest news and goings-on from top brands across the globe.