The terms ‘blazer’ and ‘sport coat’ are often used interchangeably, but any prep worth his salt knows that this is sacrilege of the highest order. While both are designed to be worn with non-coordinating trousers such as jeans or chinos, a blazer is a solid colour (often navy and fitted with gold buttons in a nod to its nautical origins) whereas a sport coat or sport jacket is cut from a jazzier patterned fabric and finished with more casual details like patch pockets and elbow patches. Sport coats are often a little more relaxed in cut, so perfect for layering now the colder weather has arrived. 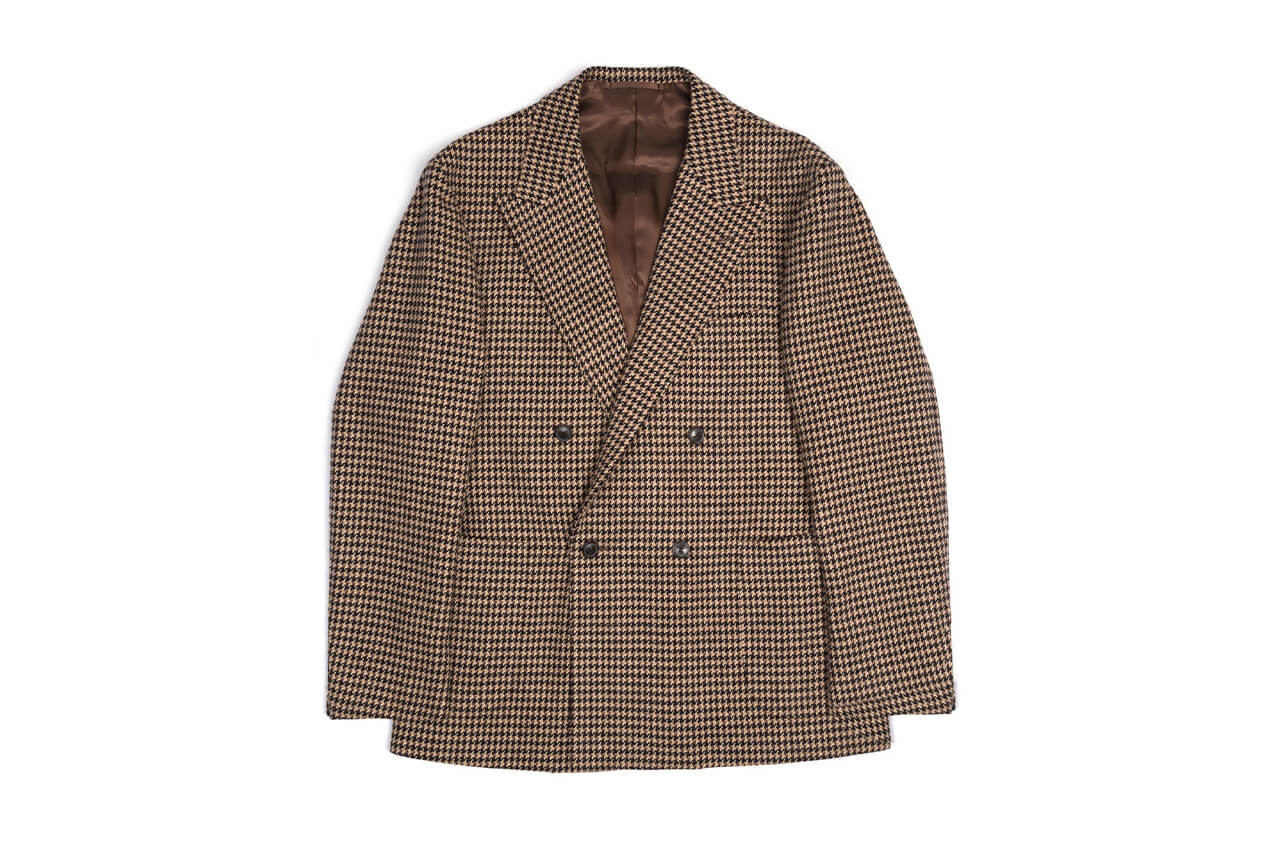 Some menswear fans hold that the Japanese actually do Americana better than the Americans – and this sport coat, created by prep-obsessed Japanese tailoring house Camoshita for the tenth anniversary of Chiltern Street destination store Trunk appears to prove their point. 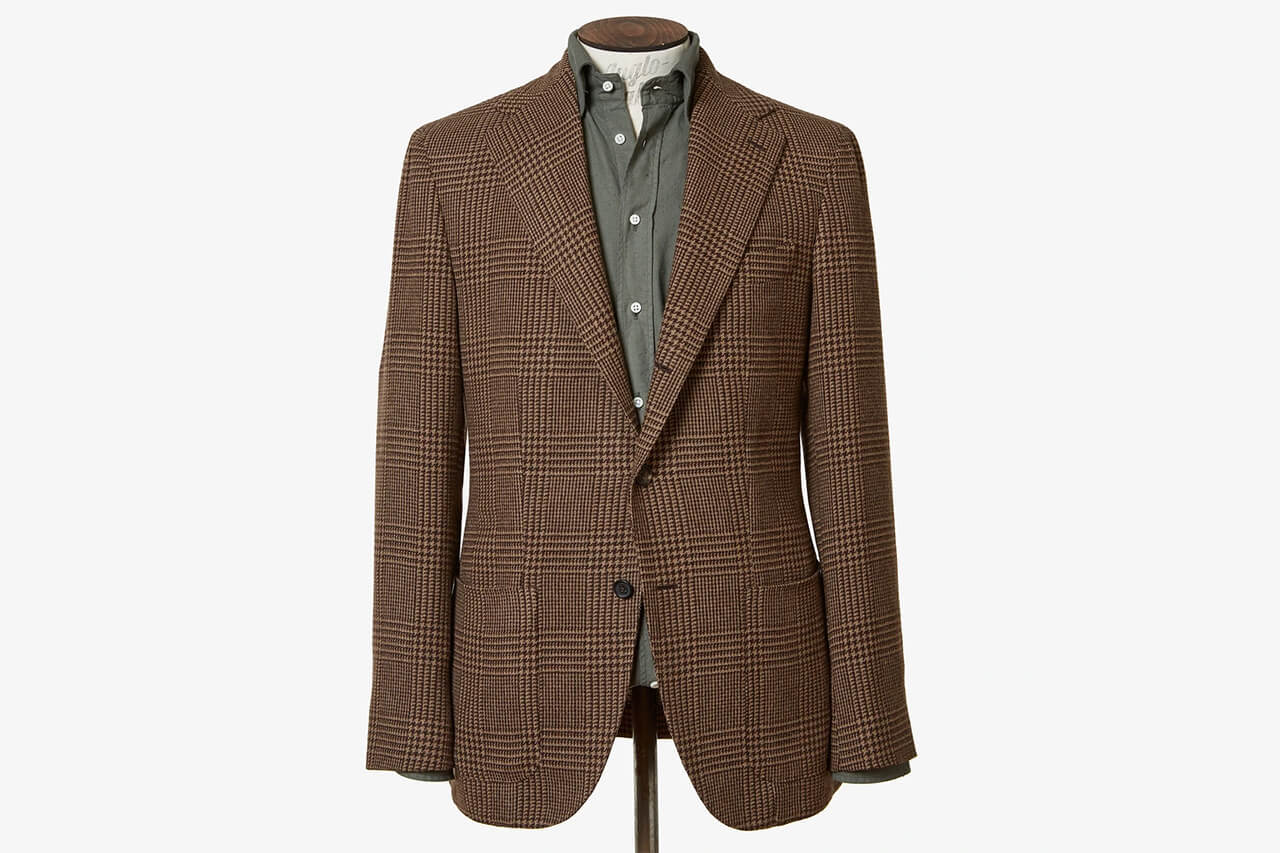 Crafted from Glen Plaid material in supremely versatile shades of autumnal brown, the added advantage of the Anglo-Italian’s take on this tailoring classic is that it’s half-lined meaning you won’t be creating your own personal sauna when you slip it on over a cashmere roll-neck. 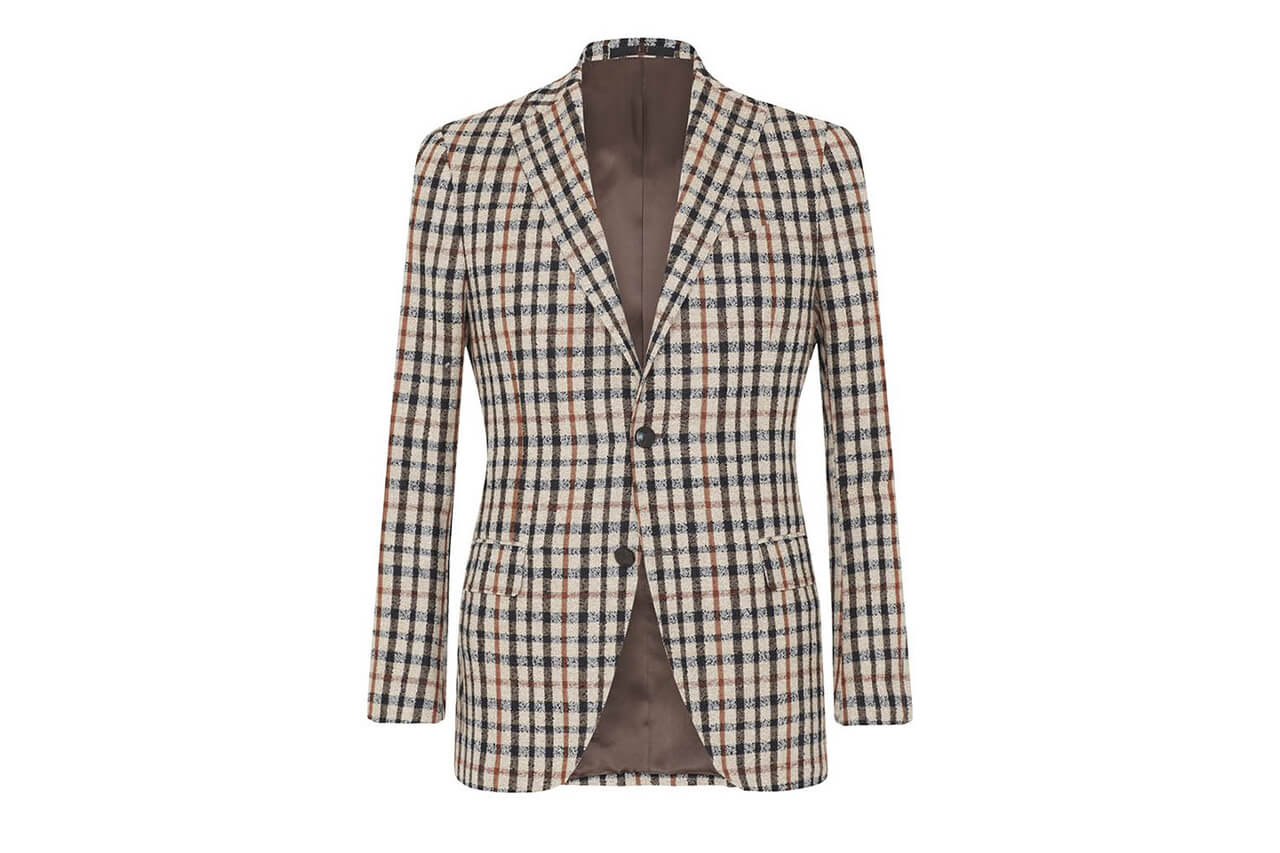 DAKS was founded back in 1894, and its signature brown, black and cream check has become an instantly recognisable symbol of the tailoring house since it was introduced in 1976 – and with the current seventies menswear revival, it feels just as fresh as it did 44 years ago. 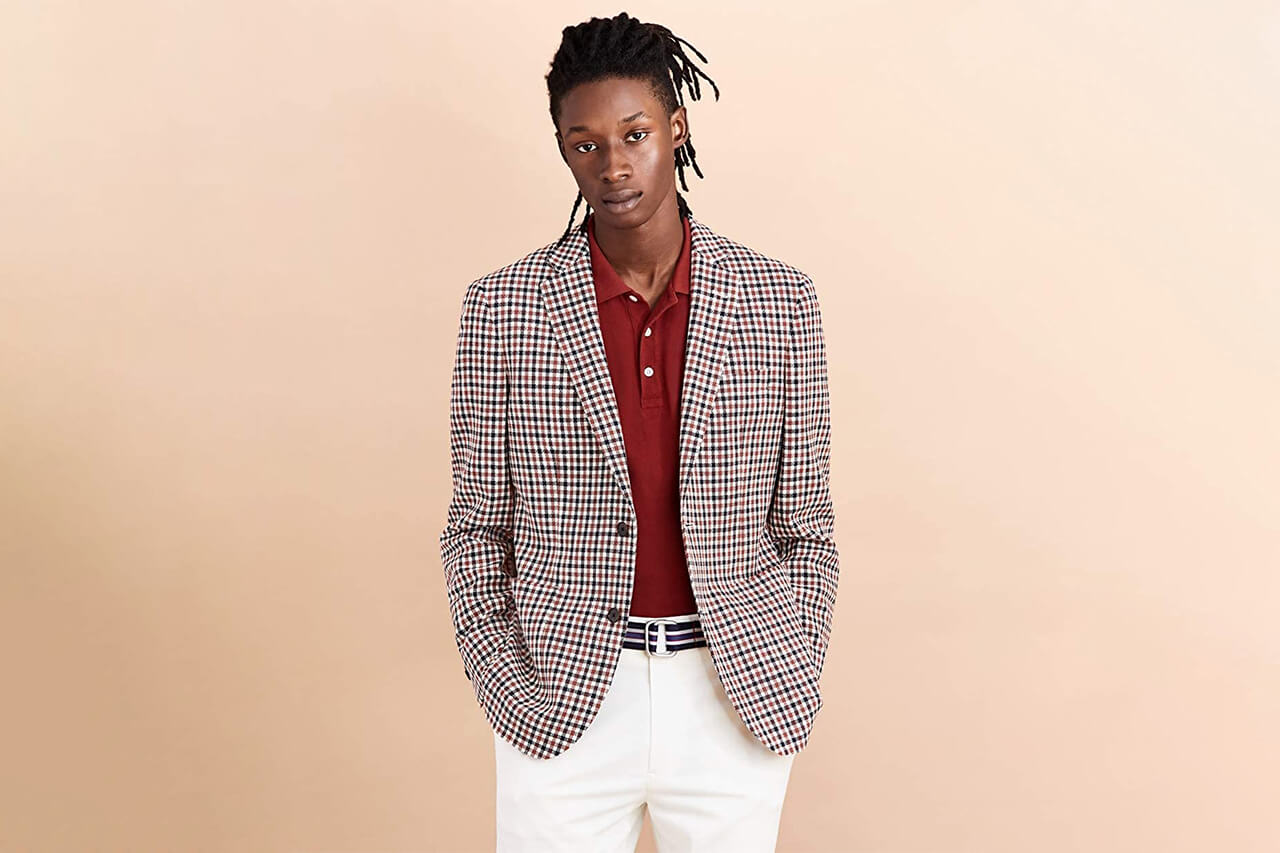 For a trimmer take on an item that’s often cut with an intentionally slouchier silhouette, take a look at this slim-lapelled sport coat from Brooks Brothers’ younger Red Fleece line.

JFK. Paul Newman. Edward, Duke of Windsor. All preppy style icons. All loved a sporty sweatshirt. Today, these remain a staple of any self-respecting prep’s armoury, either in a classic grey melange or with something a bit more graphic that pledges your loyalty to your alma mater, your sports team, hell, even the brands you love. And while we love a classic, here are a few remixes of the wear-anywhere wardrobe staple. 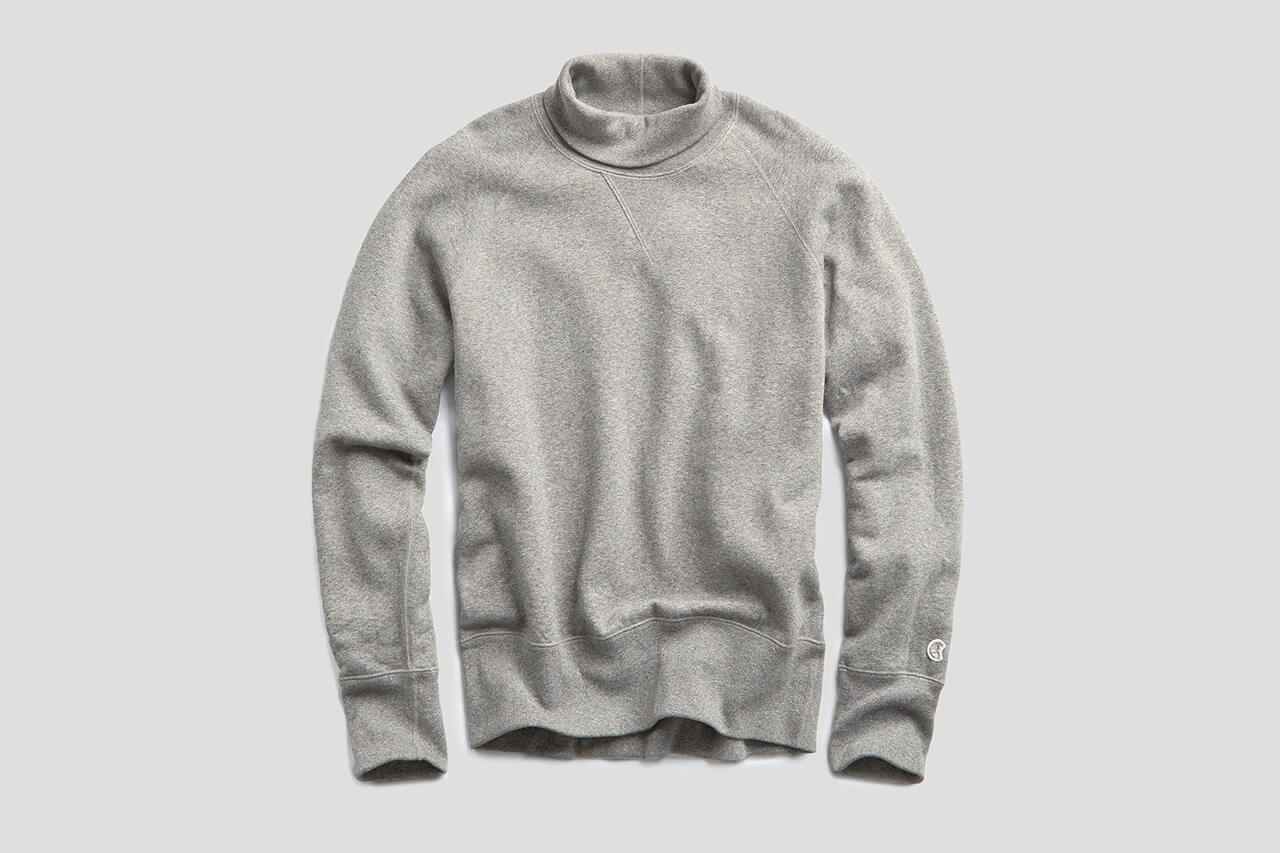 Sometimes the tiniest twist creates something we never knew we needed. Case in point, this crazily cosy funnel-necked, fleece-line grey sweatshirt from the new season Champion and Todd Snyder collaboration. 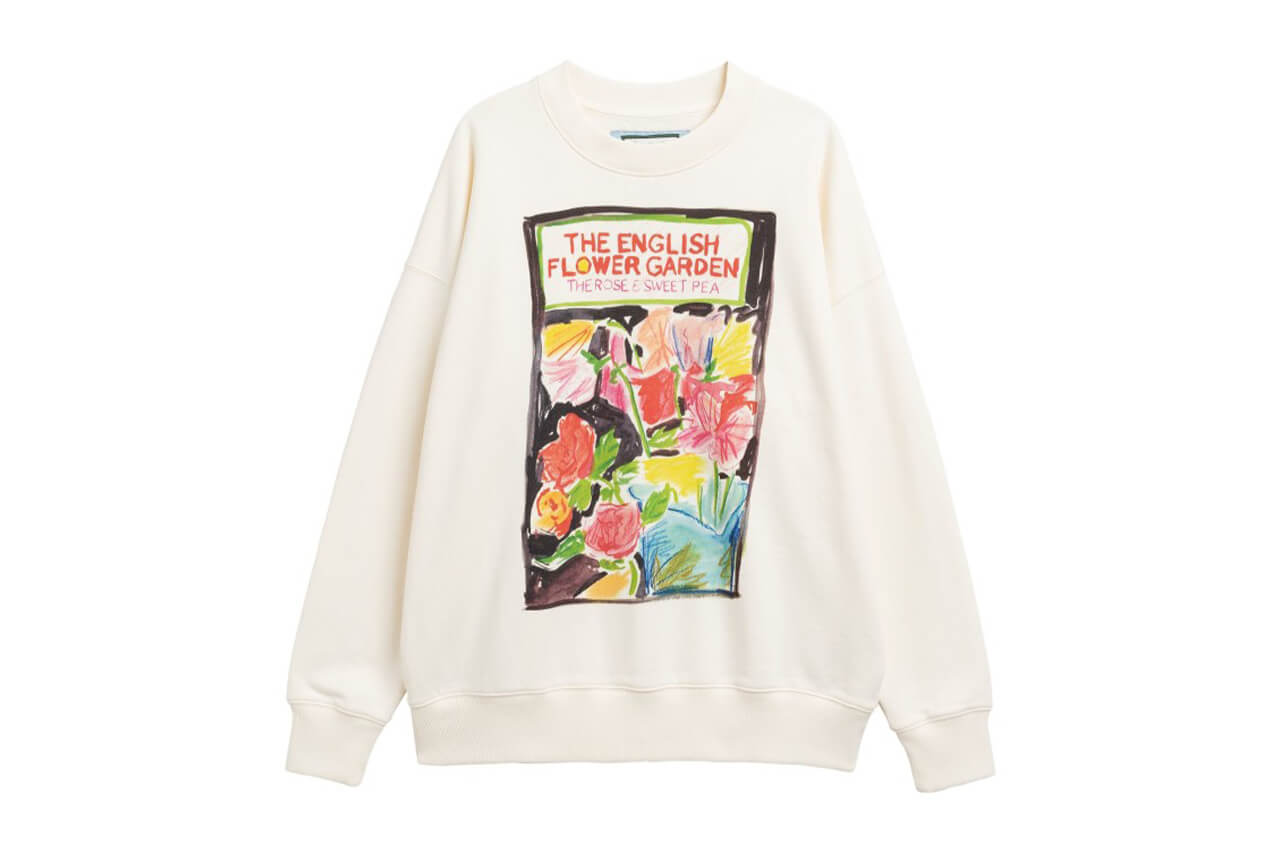 If you’re not into sports, commit your chest to your love of the countryside instead with this oversized sweatshirt, a part of the new collaboration between Ivy League-inspired Swedish label Gant and notoriously well-dressed British artist Luke Edward Hall. 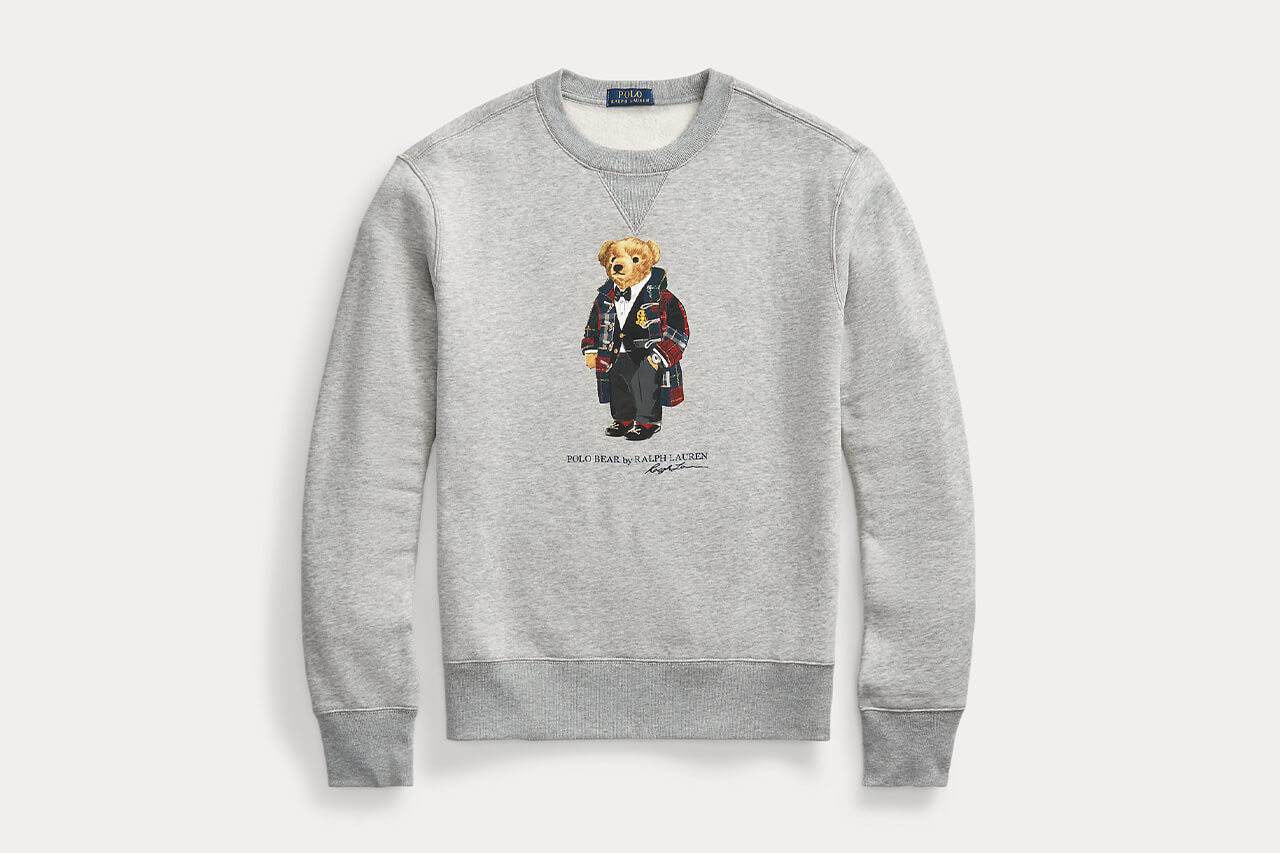 Originally introduced in 1991, retired in 2001 and reintroduced in 2013, Ralph Lauren’s bear (he doesn’t have a name) has become a near cult-like figure in the menswear world. Whether dressed in a Purple Label tux or the label’s recent collab with Palace skateboards, he’s now mostly found on the American designer’s sweatshirts, dressed in suitably preppy garb – and this season, wearing his plaid duffle jacket and velvet slippers, is no exception. 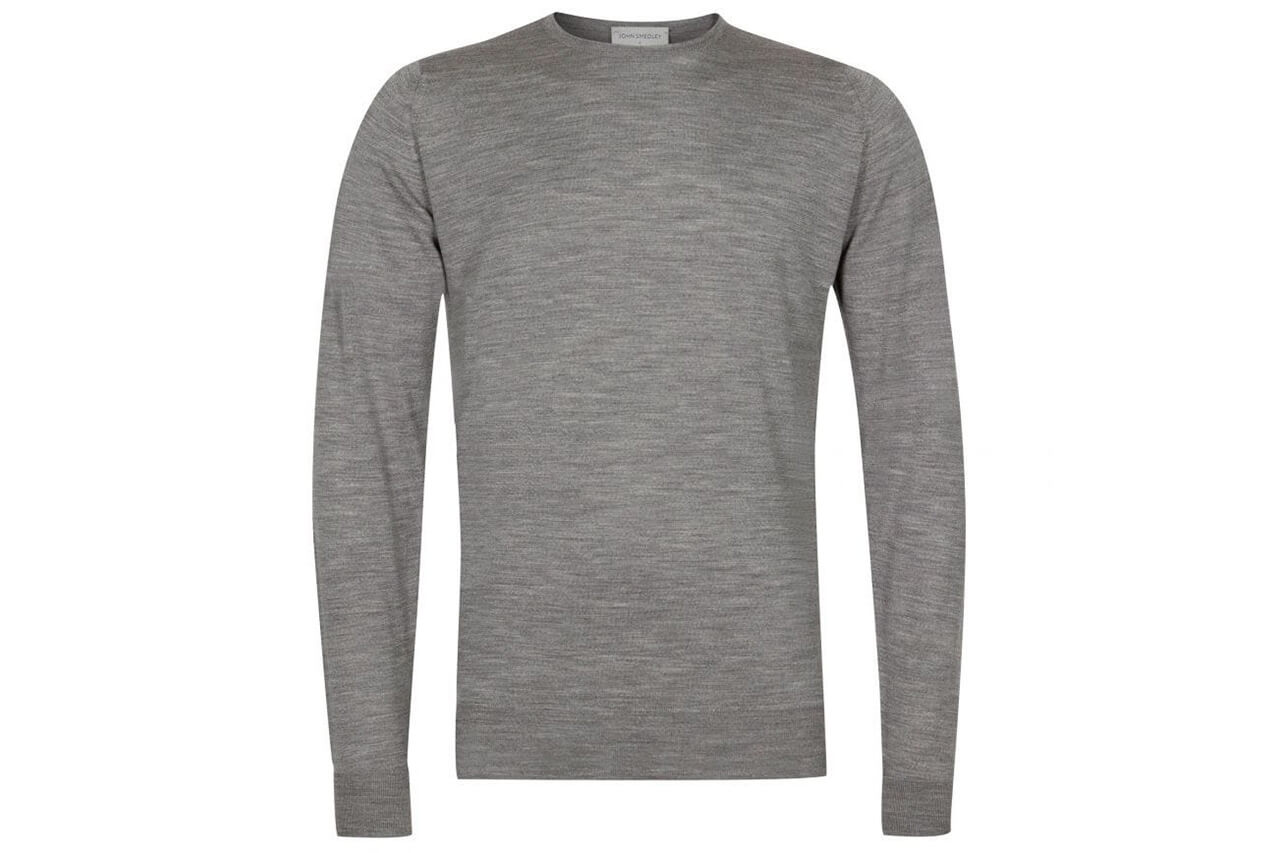 If you want to keep the laid-back vibe of a sweatshirt, but want something a little more on-the-clock-friendly, go for a crew-neck in a fine-gauge knit. This from John Smedley, woven from luxurious Merino wool, is the definition of effortlessly stylish.

As a way of dressing born out of the most gentrified school campuses of the East Coast, it’s no surprise that many of the items that define the genre today come from the rarefied sports that tended to be played there: rowing, golf, sailing and rugby. That’s why, despite rugby not being a particularly notable part of the American sports landscape nationally, the rugby shirt has still become an integral part of a prep fan’s wardrobe. 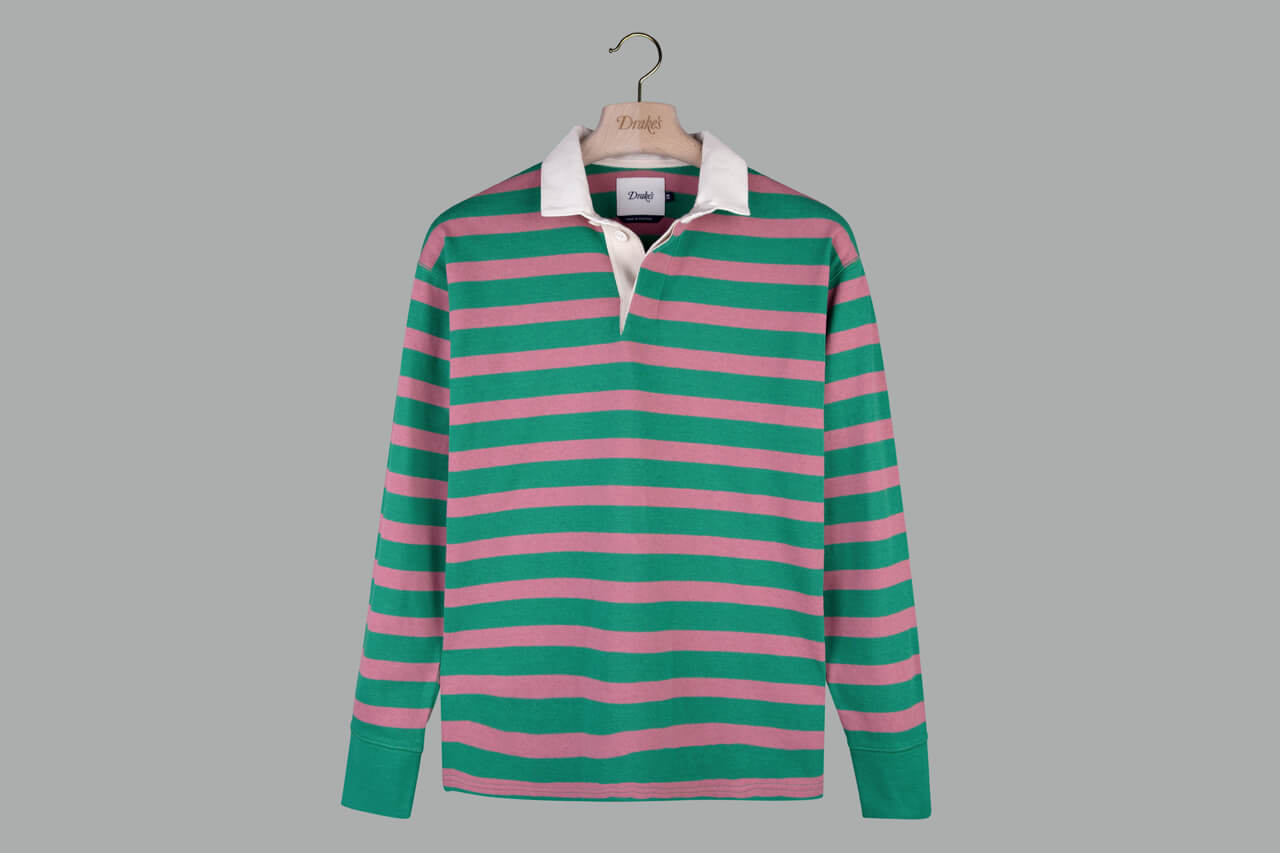 One look at the new season shirts from Drakes and it’s fairly safe to say that if this Savile Row tailoring house had a rugby team, I reckon it would have the best kit in the country. 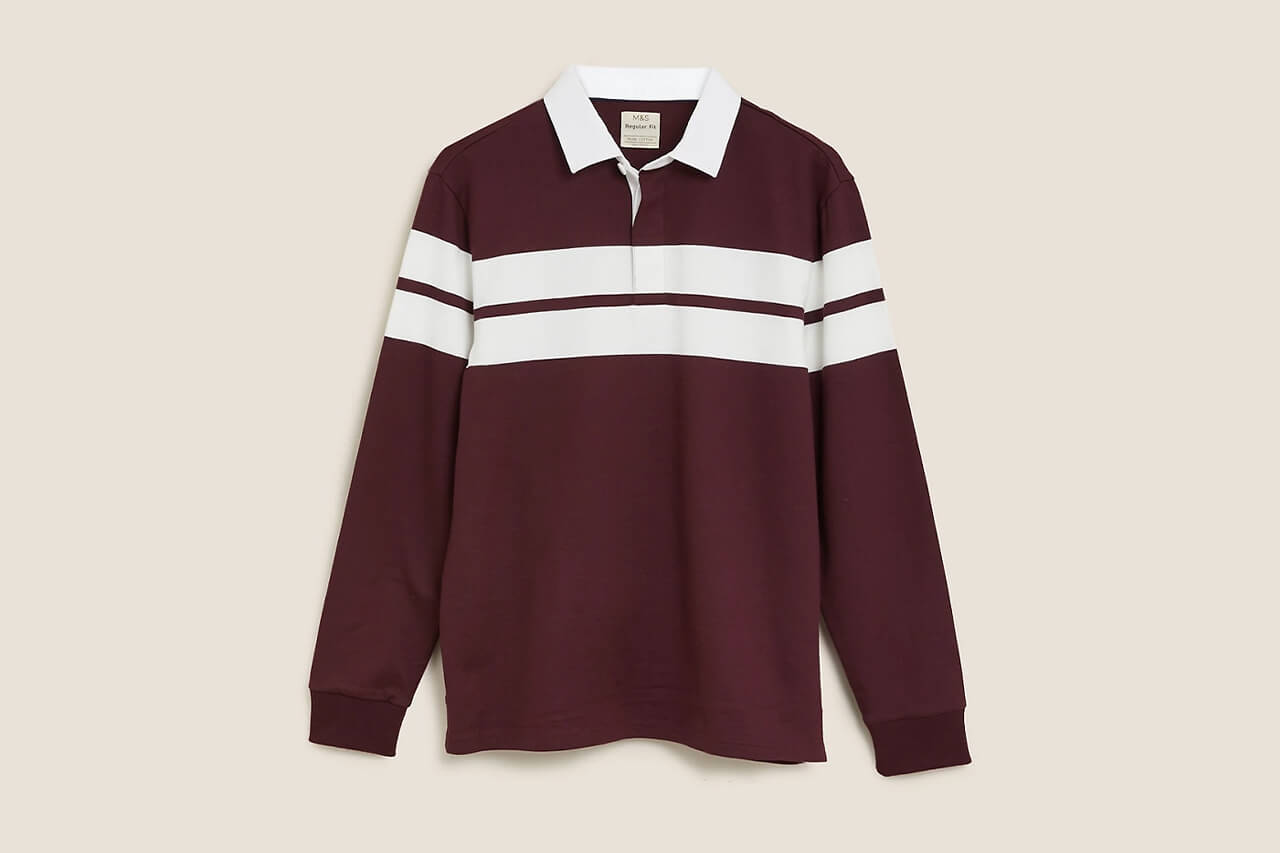 Bold stripes on burgundy for the win. 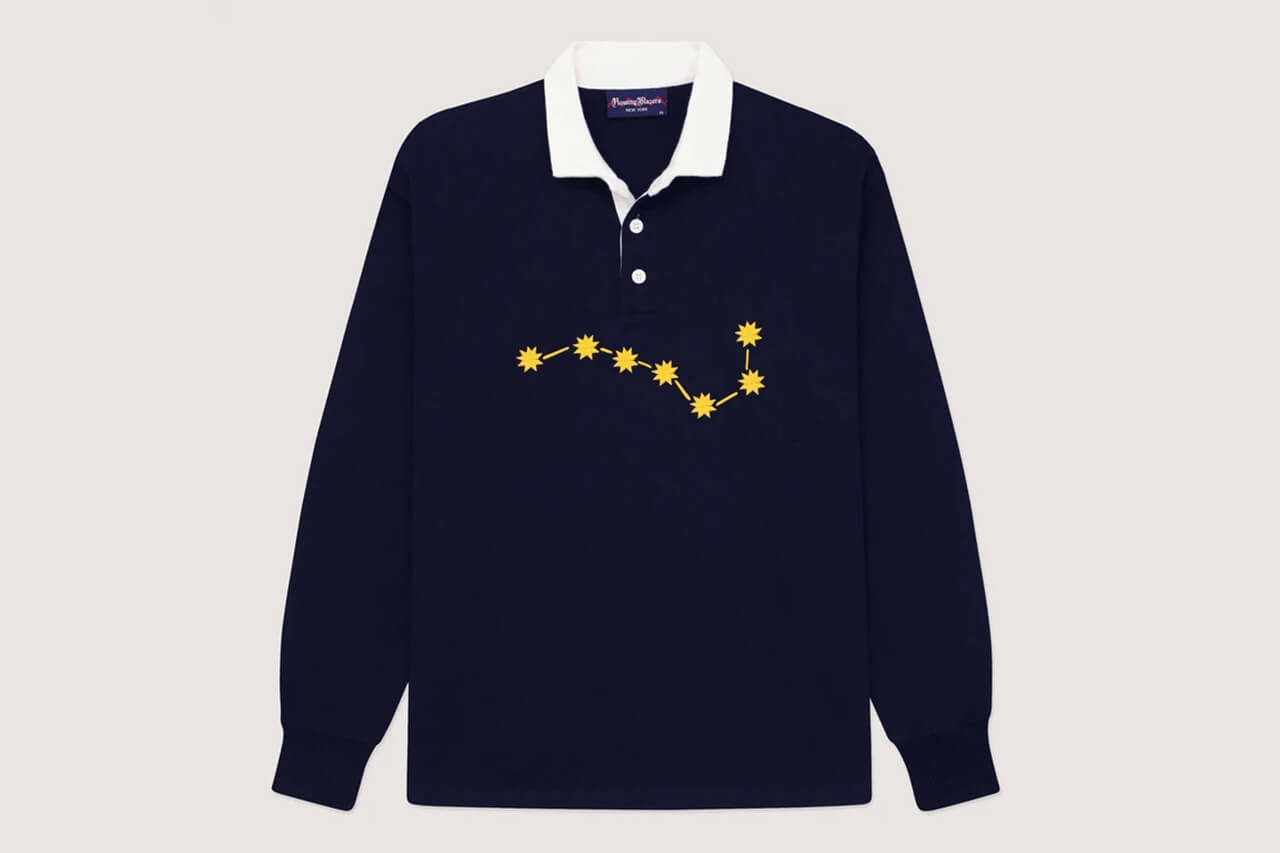 While we call it The Plough over here in the UK, across the pond the constellation Ursa Major goes by the frankly far-more-fun name of the Big Dipper. Whichever you prefer, it’s hard to deny that it makes an eye-catching graphic for this appropriately midnight blue rugby shirt. 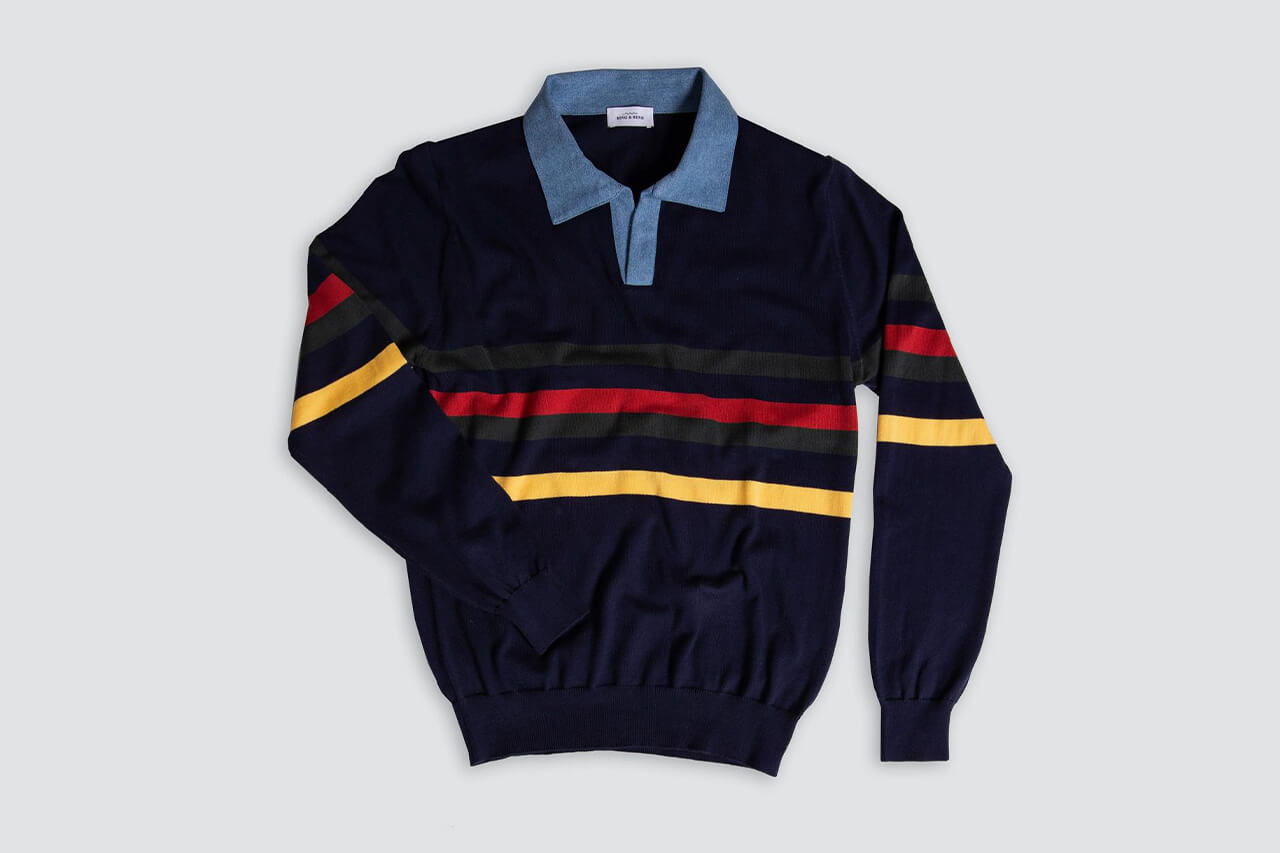 Cut to a slim silhouette from 100 per cent cotton and trimmed with a contrast chambray collar, this is the sort of rugby shirt that’s made to be worn slightly smarter – tucked into a pair of chinos or even slipped on under a cord suit.

Whether penny, tasselled or kiltie, loafers are the ultimate transitional shoe for an Ivy Leaguer – worn casually with a white sports sock or more smartly with hosiery that coordinates with your trousers. However, as we verge into the definitively wet seasons, you need a slip-on that will prevent you from slipping over. Look out for chunky soles with rubber grips and deep treads to make sure an unexpected downpour doesn’t lead to you falling down. 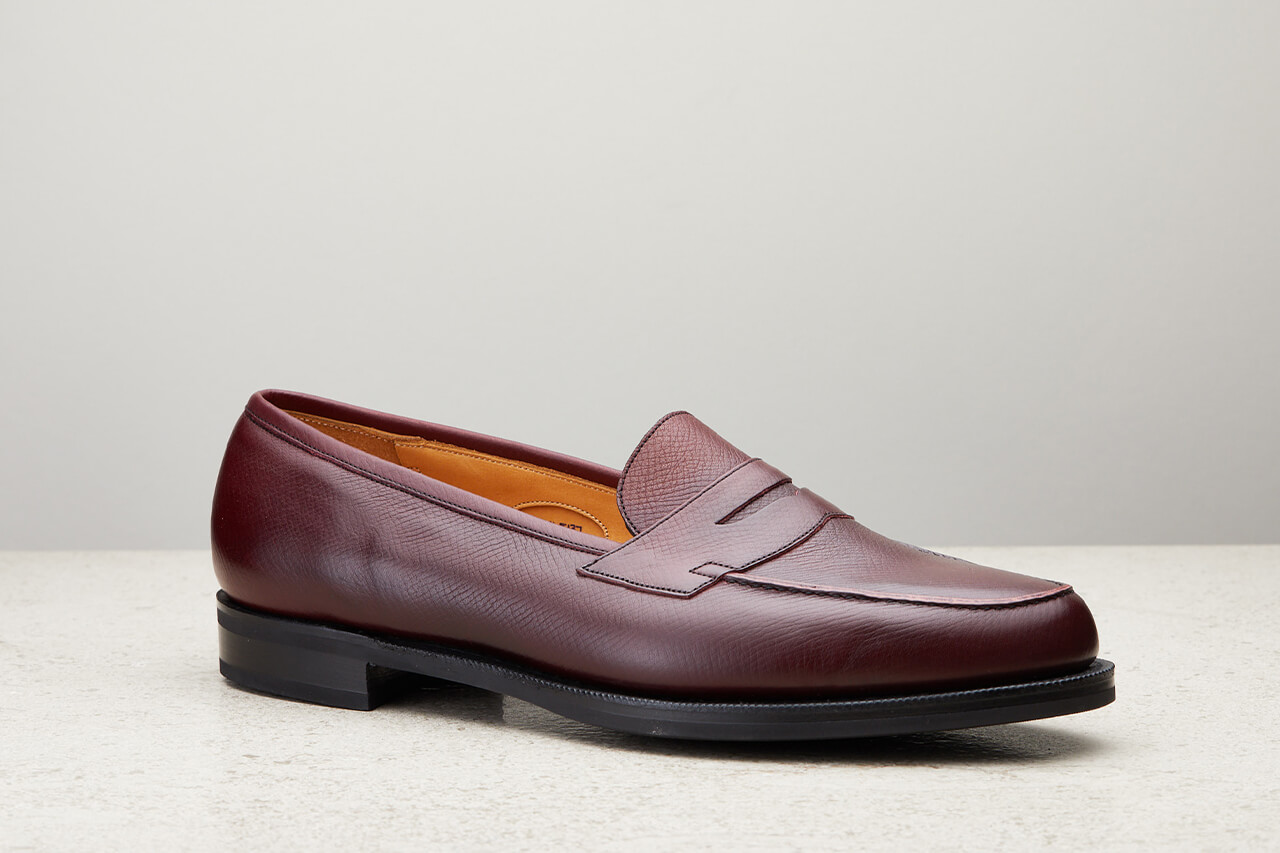 If a stockier sole isn’t your vibe, there are still plenty of more traditional silhouettes out there that have evolved to deal with precipitation. These superb Duke penny loafers from Northampton’s Edward Green, with an elegant low profile, have swapped the usual leather sole for a rain-beating rubber one. 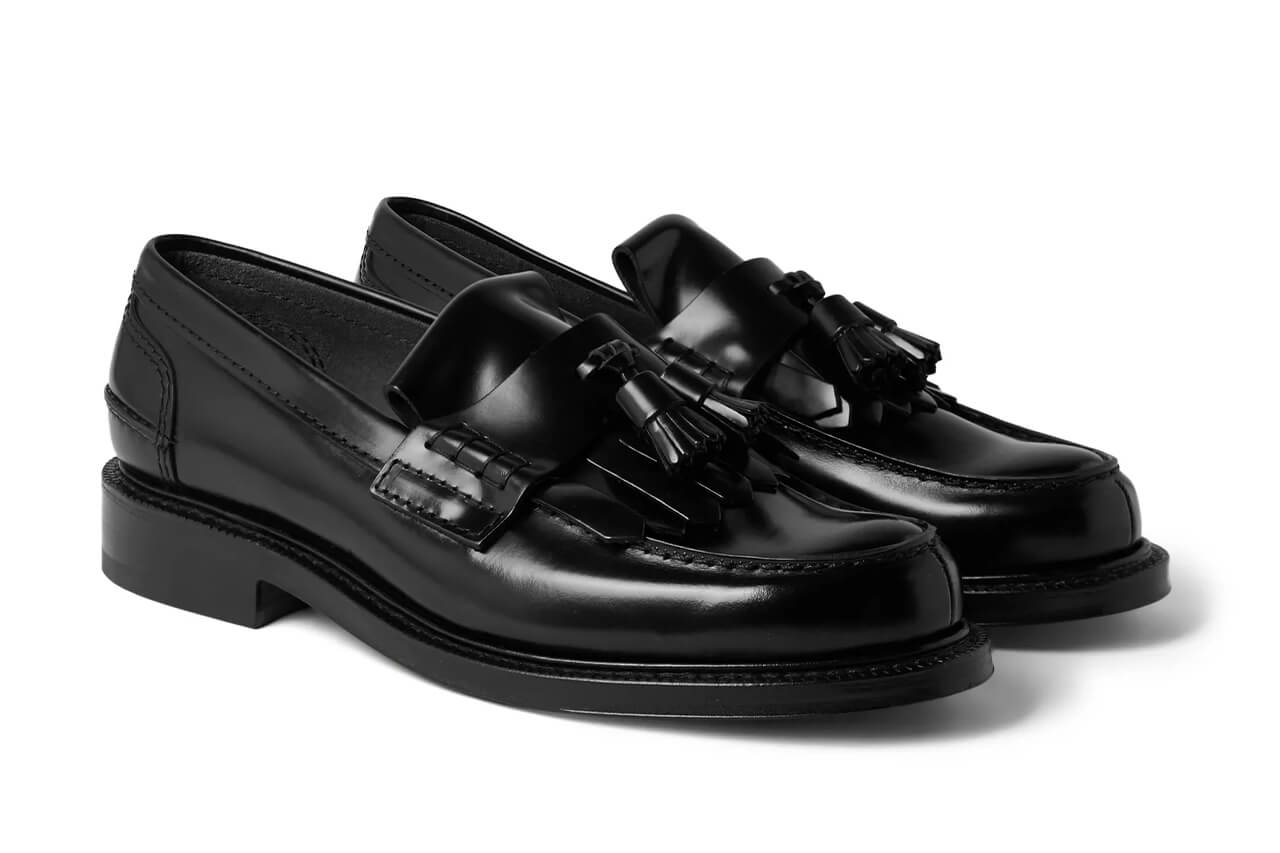 Artfully treading the line between classic and contemporary, these kiltie loafers from Church’s combine the detailing of a Scottish classic with beautifully brawny, Goodyear-welted soles. 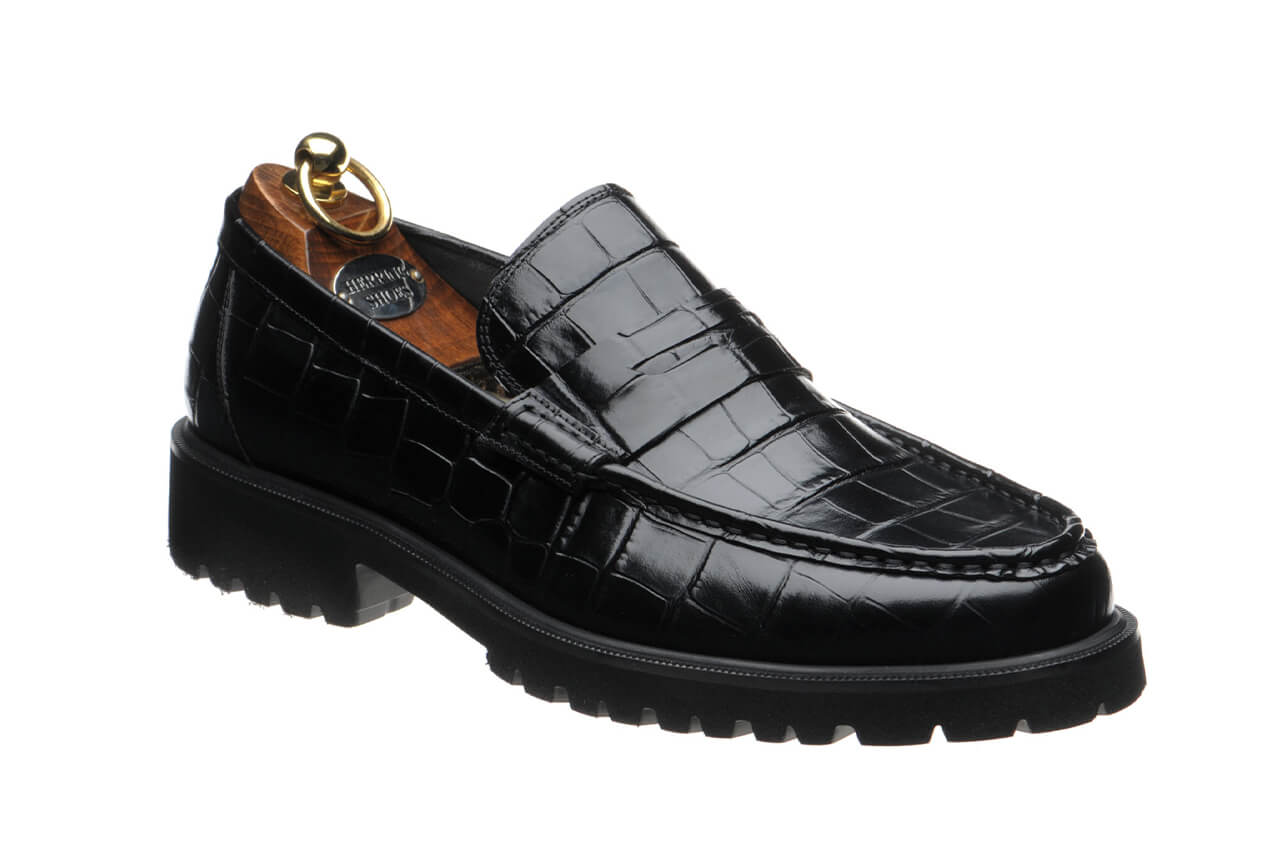 British shoemaker Herring has also chosen to pump up the volume on its loafers. This superb mock-croc leather loafer, jacked up on suitably sturdy soles, will look great with a pair of straight cut chinos and a slouchy sweater. 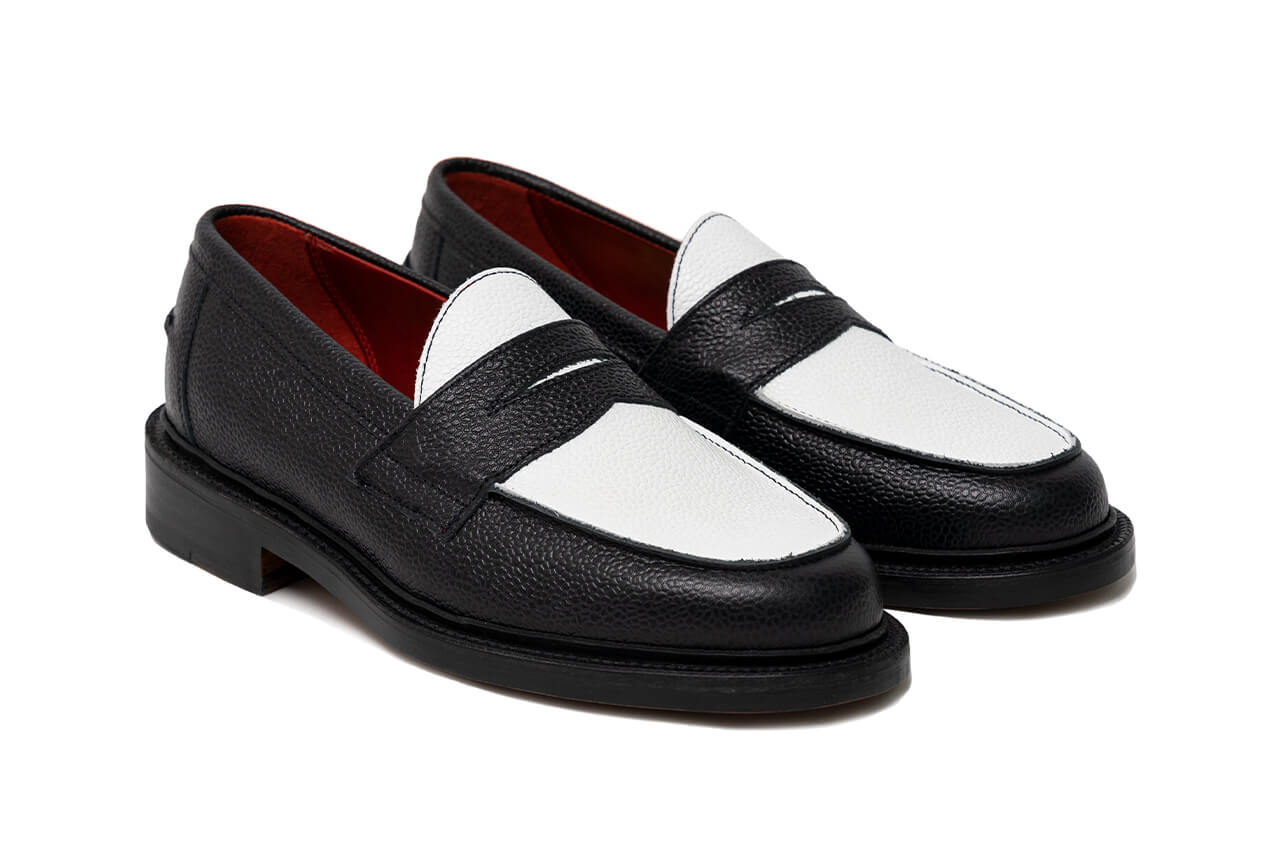 Available at Blackstock and Weber. 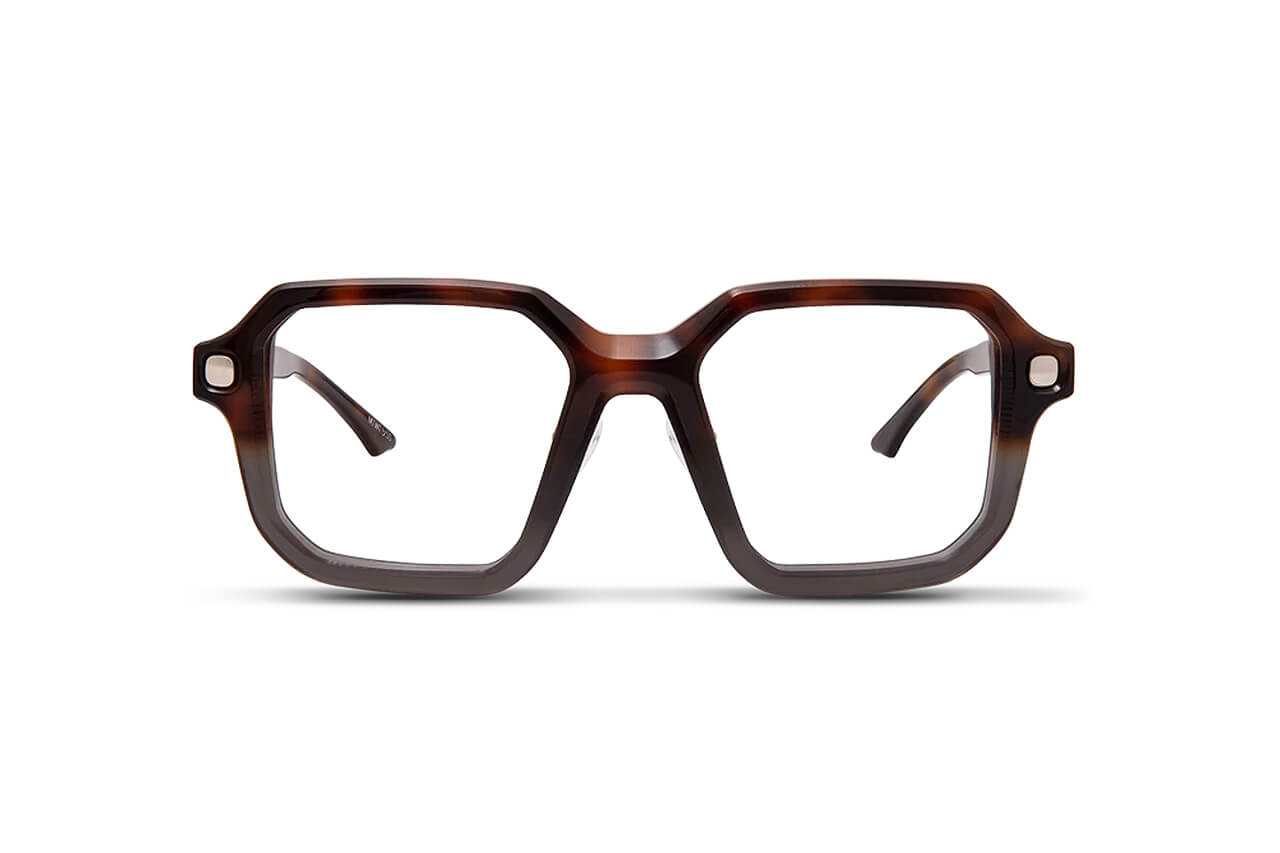 With many of our meetings shifting to Zoom for the foreseeable future, your glasses are one of the few ways to express any sort of personal style when all anyone else can see of you is from the neck up. Want to catch the attention of your superiors while working from home? These bold, thick, faux-tortoise shell opticals from German label SevenFriday, inspired by politicians of the 1970s, are true boss-level frames.