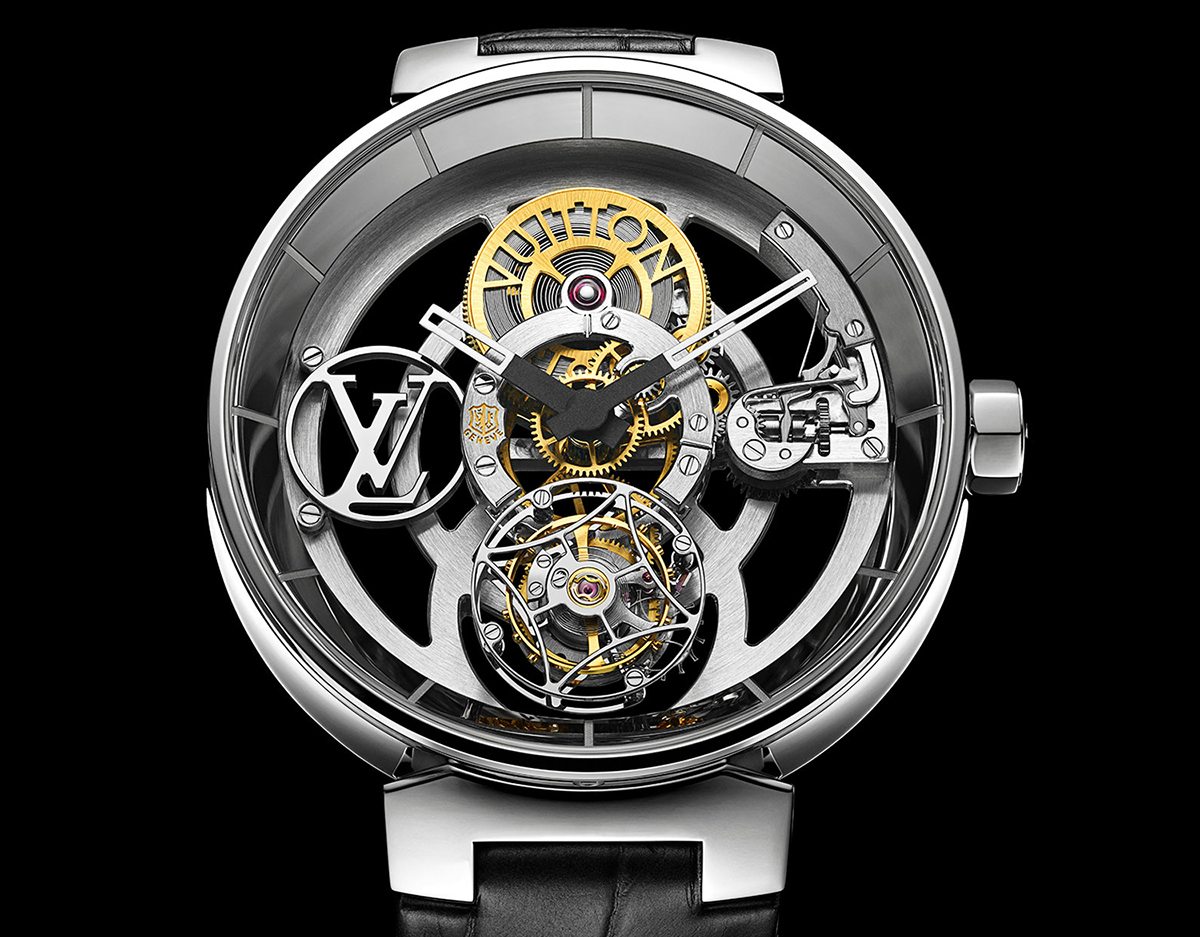 Fashion houses can be hit and miss; for every Chanel there’s a Versace, for every Dior, a Dolce & Gabbana. Fortunately Louis Vuitton’s new Tambour is very much on the watchmaker’s side of the catwalk.

The Tambour collection as a whole was released in 2002 and has been Louis Vuitton’s flagship in the watch world ever since. It’s seen plenty of action in the field in the decade and a half since and was beginning to look a little the worse for all that wear.

The Tambour Moon is Louis Vuitton’s update of that flagship and with a slightly refined hull to boot. Don’t let the name mislead you, there’s no moon phase here; if the name refers to anything it’s likely the crescent curved shape of the case sides. This flowing shape is certainly distinctive – as is the skeletonised movement.

That movement is notable for far more than its lack of solidity however. Aside from having a flying tourbillion (something which is almost passé for a lot of brands now) it has been awarded the Poinçon De Genève or Geneva Seal. Without getting into semantics, simply think of it as COSC certification for the elite.

It’s an achievement that’s entirely down to the watchmakers at La Fabrique du Temps which since 2012 has been entirely owned by Louis Vuitton. To put them into perspective, the other major names they’ve worked with include Laurent Ferrier and Patek Philippe. Not too shabby.

If there’s one downside to the newest iteration of the Tambour it’s the LV branding on the dial. It’s not exactly subtle. But then again, that’s just on this particular watch. If you get your own you can swap those two letters for any of your choice. Louis Vuitton do love monogramming…