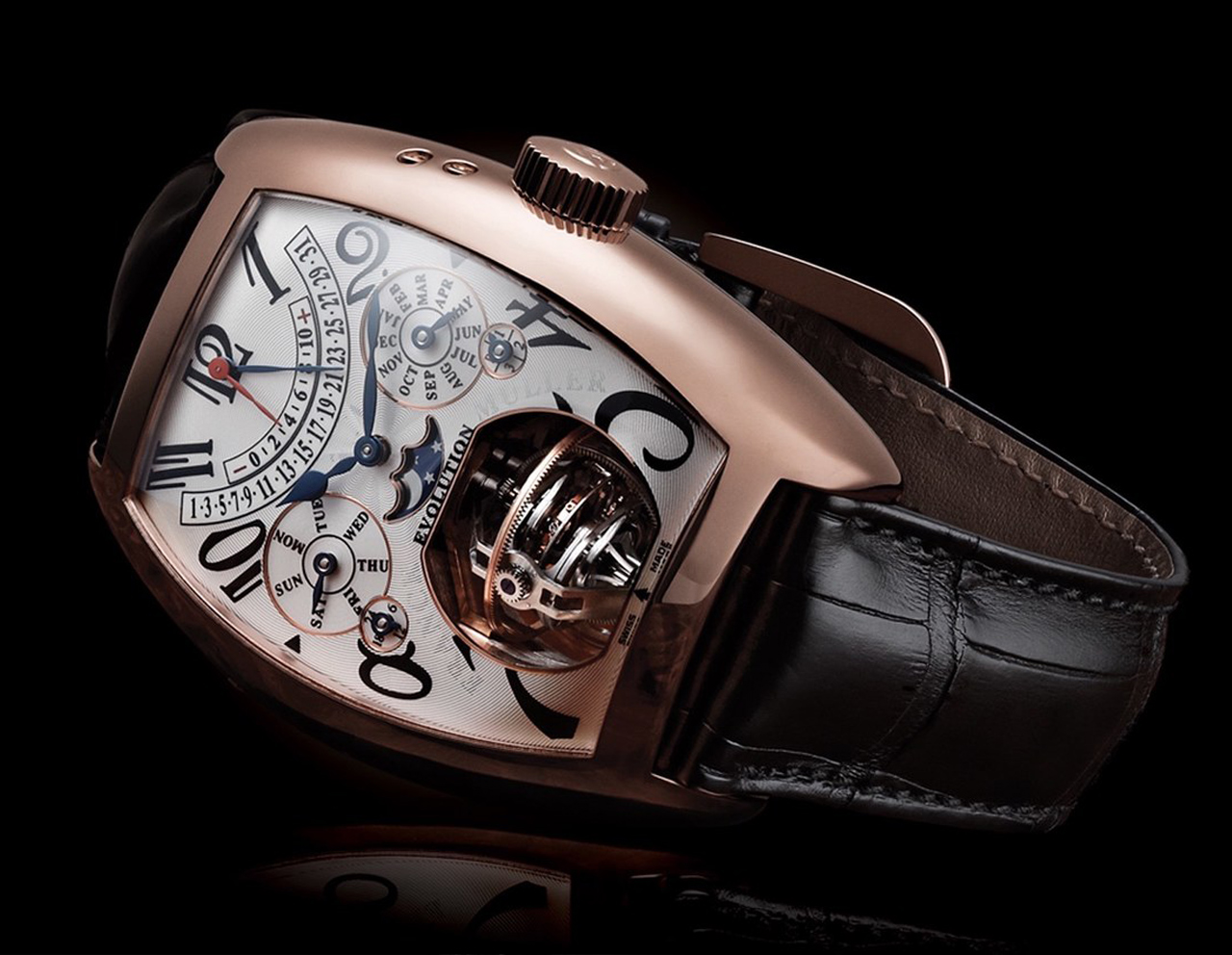 Founded in Geneva, Franck Muller watches quickly picked up a reputation for producing some of the most exclusive timepieces in the world. Their impressive work in-house means they can effortlessly unite complicated movements and original designs, with extraordinary results.

Franck Muller himself was always passionate about complicated wristwatches, and four years of study at the Geneva School of Watch Making honed his talents for restoring precious watches, a skill that set him in good stead for his future career. A respect for the inner workings of a timepiece quickly led to him creating unique timepieces under his own name, and he was soon dedicated to producing a World Premiere every year, which contained complications never previously seen. He was the first to create a tourbillon visible from the front – they had previously only been viewable from the back – and this and other intricate pieces earned him the ‘Master of Complications’ title. 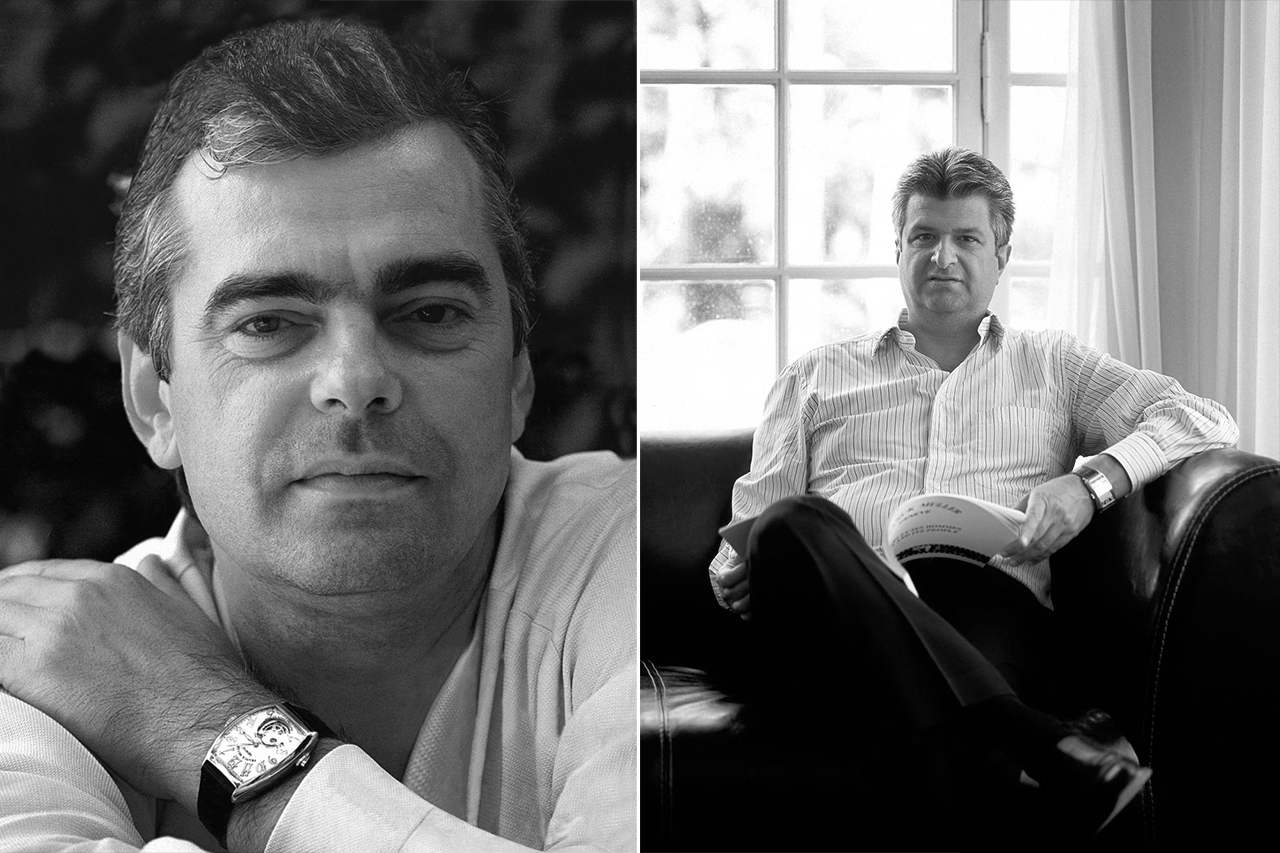 His partnership with co-founder and CEO of the Franck Muller Group, Vartan Sirmakes, was the first step towards creating the brand we know and love today. After completing a jewel-setting apprenticeship, Sirmakes’s reputation blossomed, and his business diversified to also encompass the watchcase business, and then the watch industry. 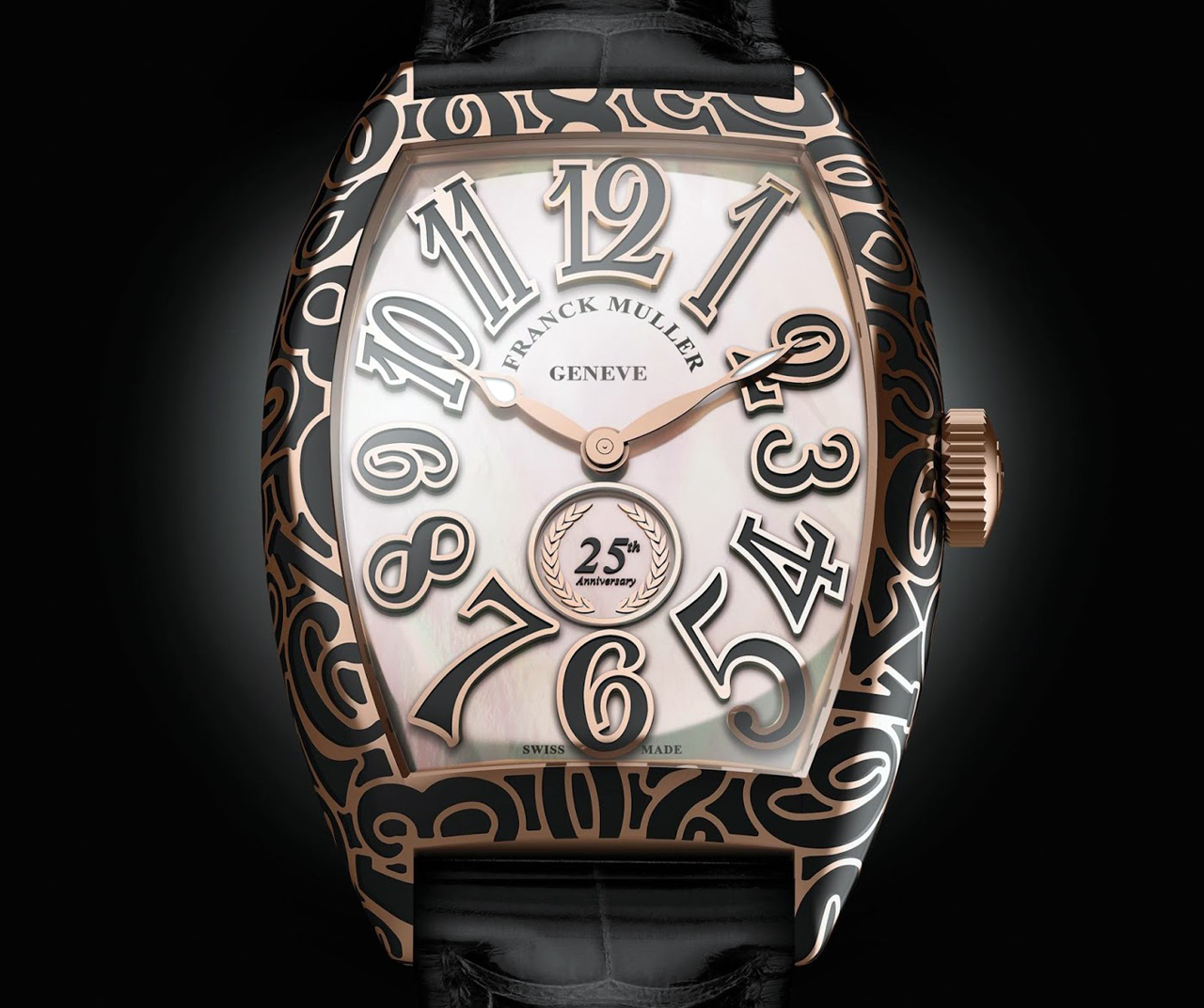 The rest of the story is well-known. Franck Muller Genève was established in Genthod, Geneva, and became the elegant headquarters from which he could design and make the watches. As the business grew, new buildings added, until Watchland, as it is known, reached completion in 2001. All the stages of making a watch – from conception, to assembling, manufacturing and engraving, happen here. Avant-garde designs, such as the Cintrée Curvex case, are characteristic of the high-quality components they produce. When it was released in 1992, watches were round or, occasionally, rectangular. There was nothing like the tonneau curved body in three dimensions, which became easily identifiable as the brand’s unmistakeable silhouette. 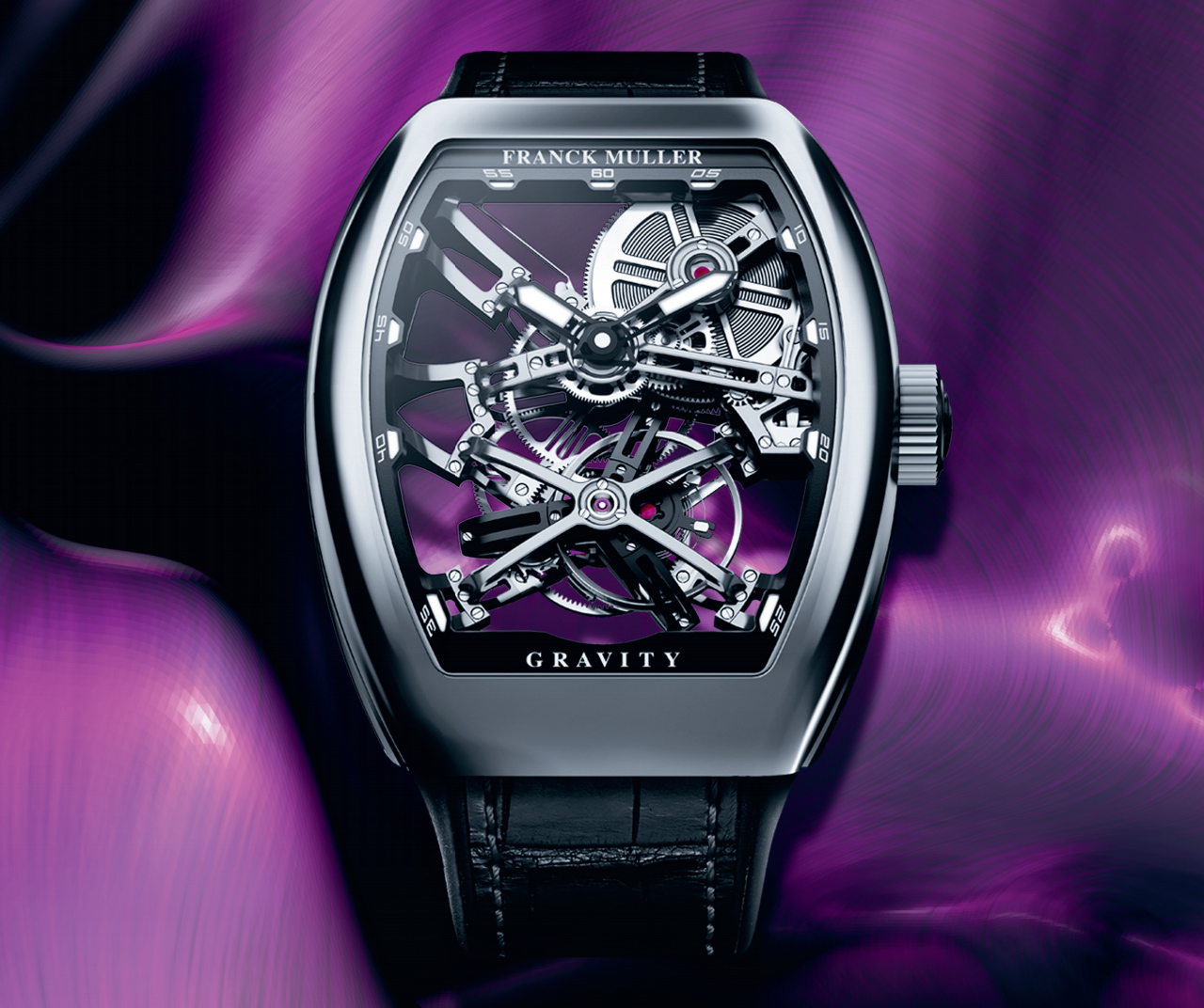 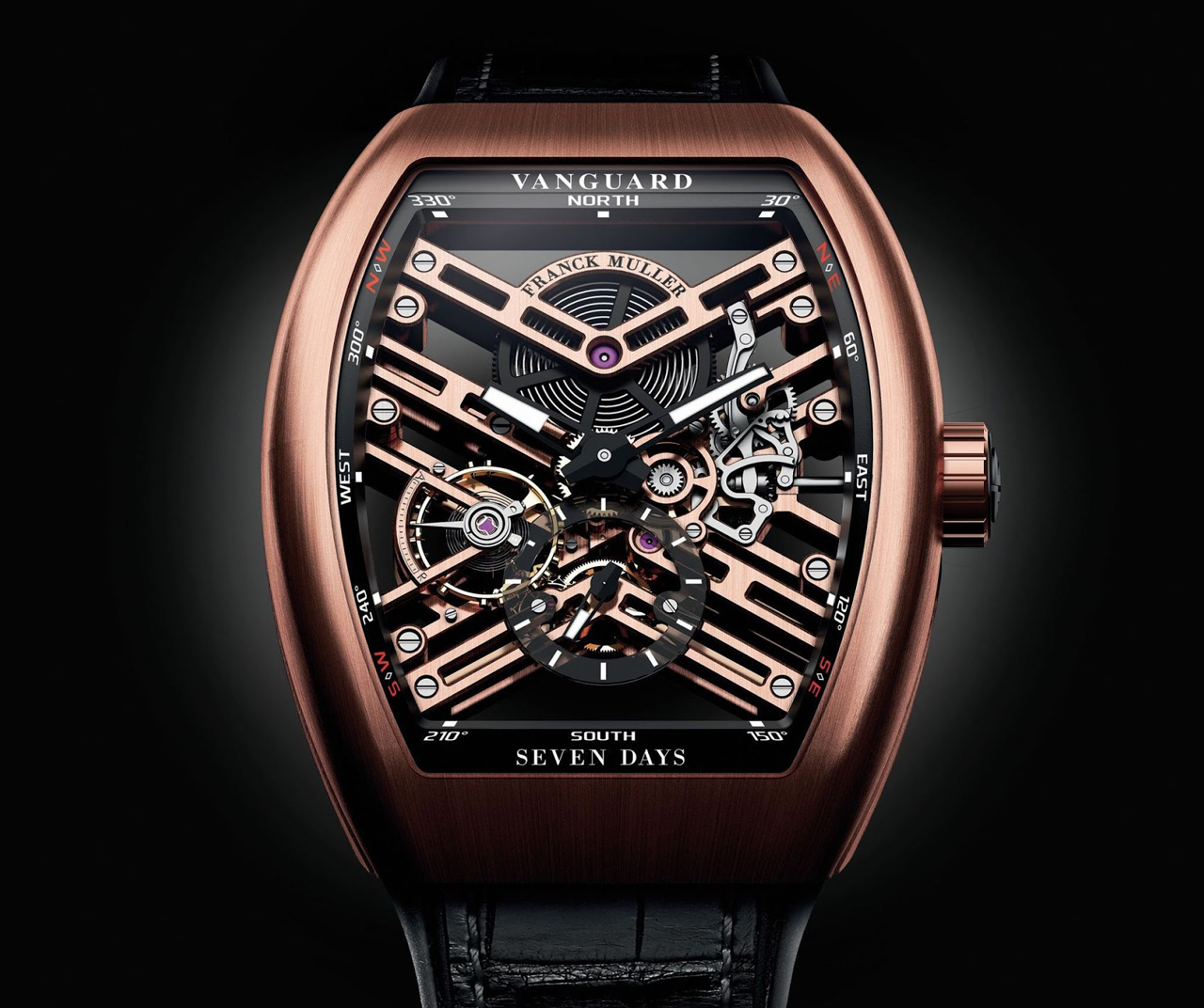 Today, the company’s watches are as innovative as ever. Take the Vanguard Tourbillon Skeleton (above), which gives a beautifully clear look at the in-house crafted mechanics within. Hand-chamfered bridges create strong architectural lines to striking effect, putting the tourbillon firmly on show for a result that is both stunning and contemporary. 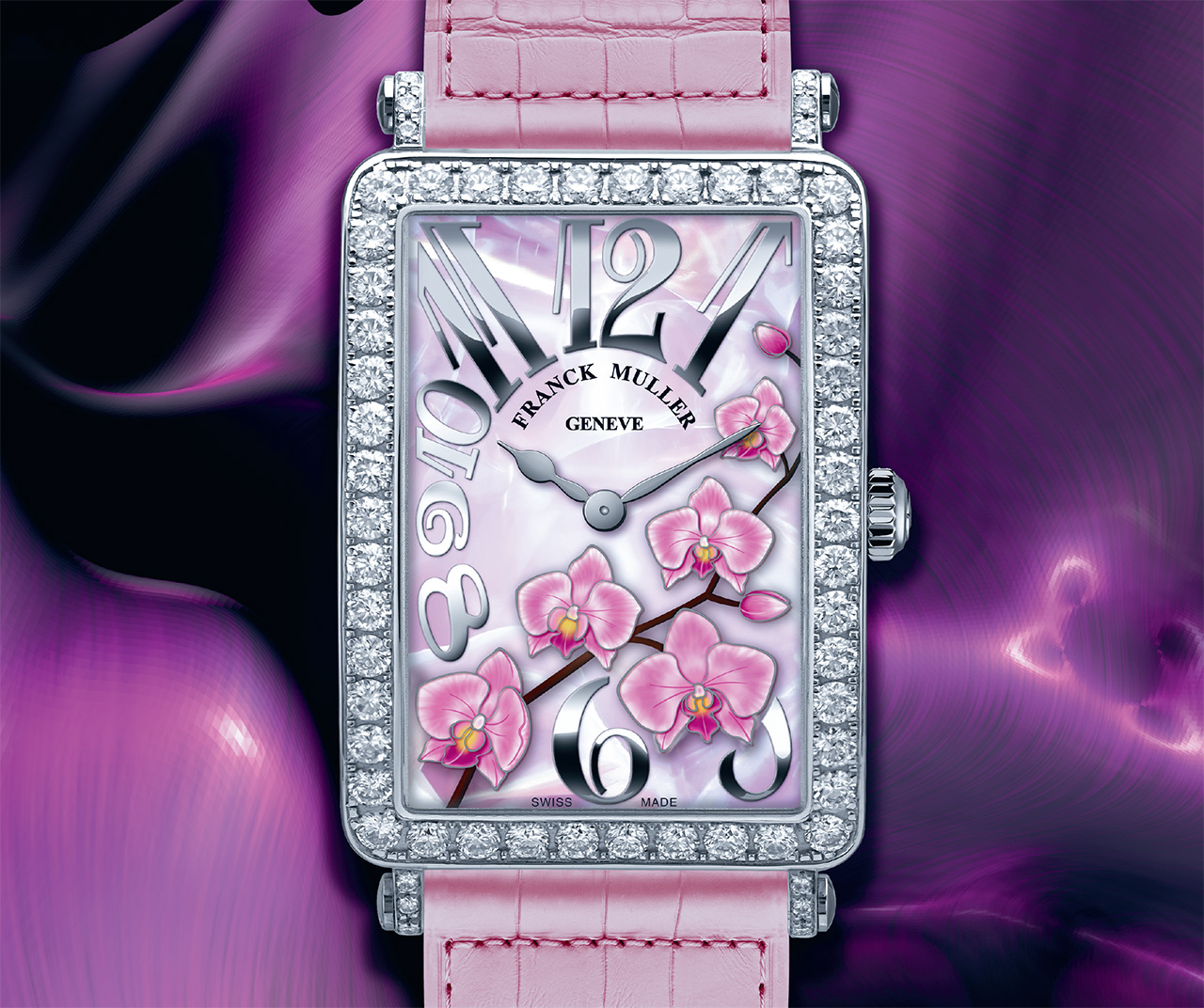 Women, too, are catered for, and the Long Island Flower collection is a thing of beauty. It takes its inspiration from blossoms, particularly orchids, which are symbols of love, luxury and strength. Appliqué relief numerals make an elegant contrast to the strong outline of the case, and a shimmering mother-of-pearl dial and delicately crafted flowers add a graceful, feminine accent; www.franckmuller.com