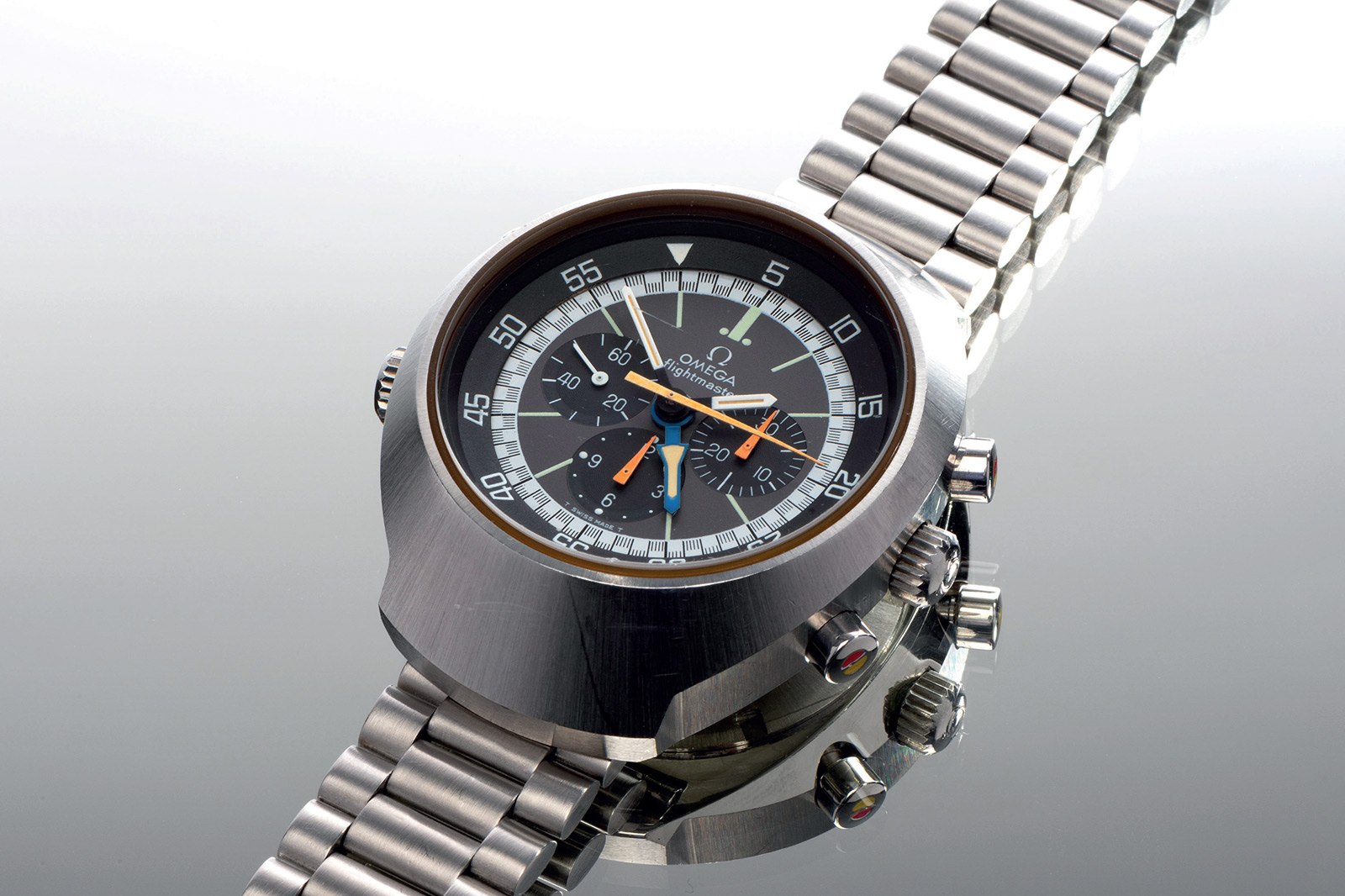 Omega has plenty of expertise in the air – and indeed out of the stratosphere – with the Speedmaster, but there’s one design that in this climate of funky retro revivals has cruised relatively under the radar (except of course for a spiritually similar digi-analogue number a few years back): The Flightmaster.

The Flightmaster is an odd duck – in the nicest possible way. A watch few but the insiders recognise and one infrequently spotted in the wild. But on the rare occasion it is, it has to be celebrated. Introduced in 1969, it was designed with pilots in mind (made clear by the engraved DC-8 into the case back). It is loved by the purists and looked at with utter bemusement by the masses. Design wise, it really is a 44mm hunk of steel shaped to mimic the intake of a jet engine and looks every bit like something designed in the 60s or 70s. 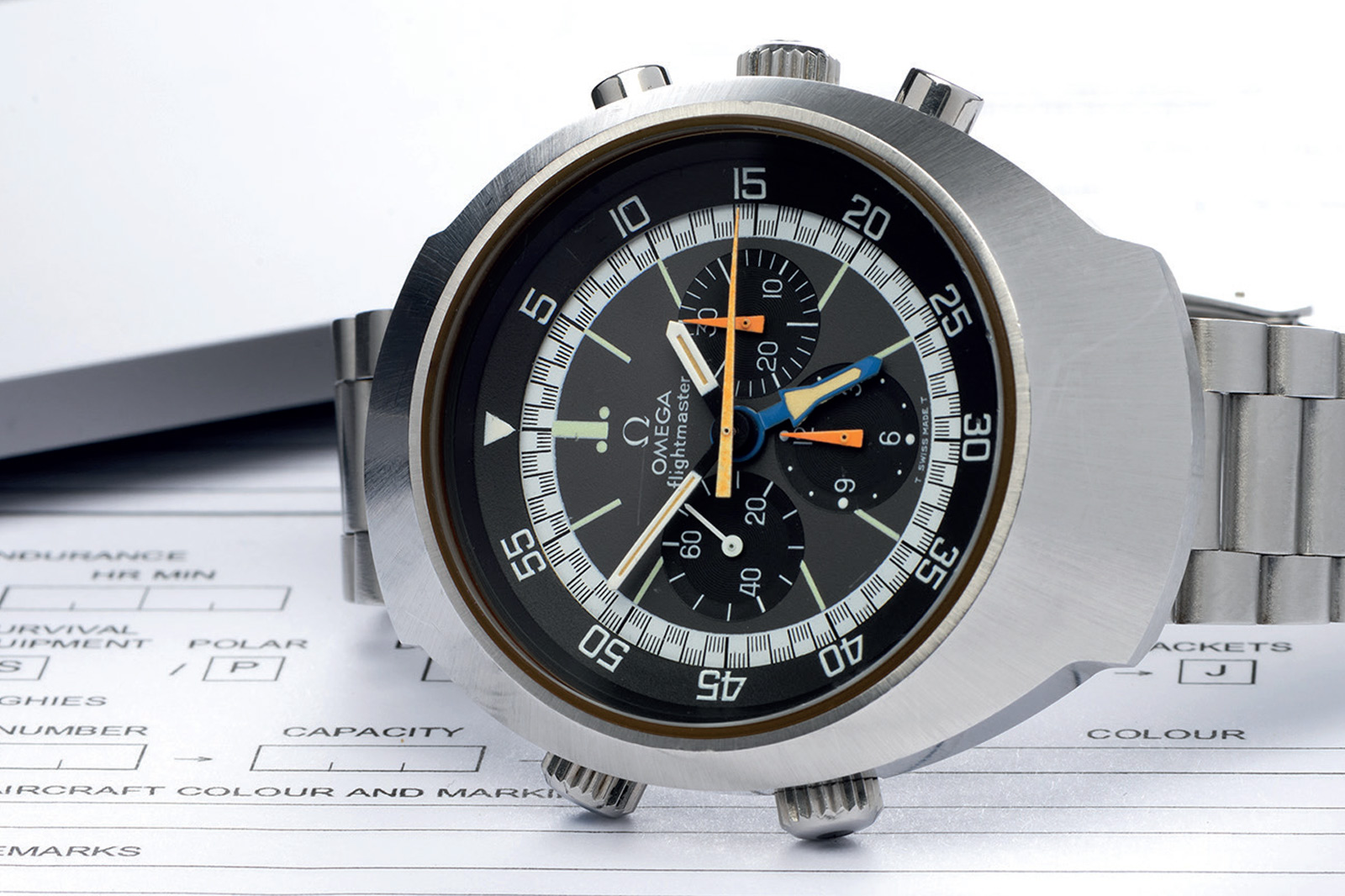 The dial is full of fun and colour (as well as function)! The seven hands, three subdials, three crowns, two pushers, and host of different colours make this a wonderfully off-beat watch. Featuring an AM/PM indicator, wearers can track the time of day in their home city. Omega also added a rocket shaped blue GMT hand for tracing the time in two separate time zones, a 12-hour chronograph, as well as a 60-minute inner elapsed-time rotating bezel. Its orange chronograph hands could be substituted to yellow as it showed up better under the infrared cockpit lights of a plane. 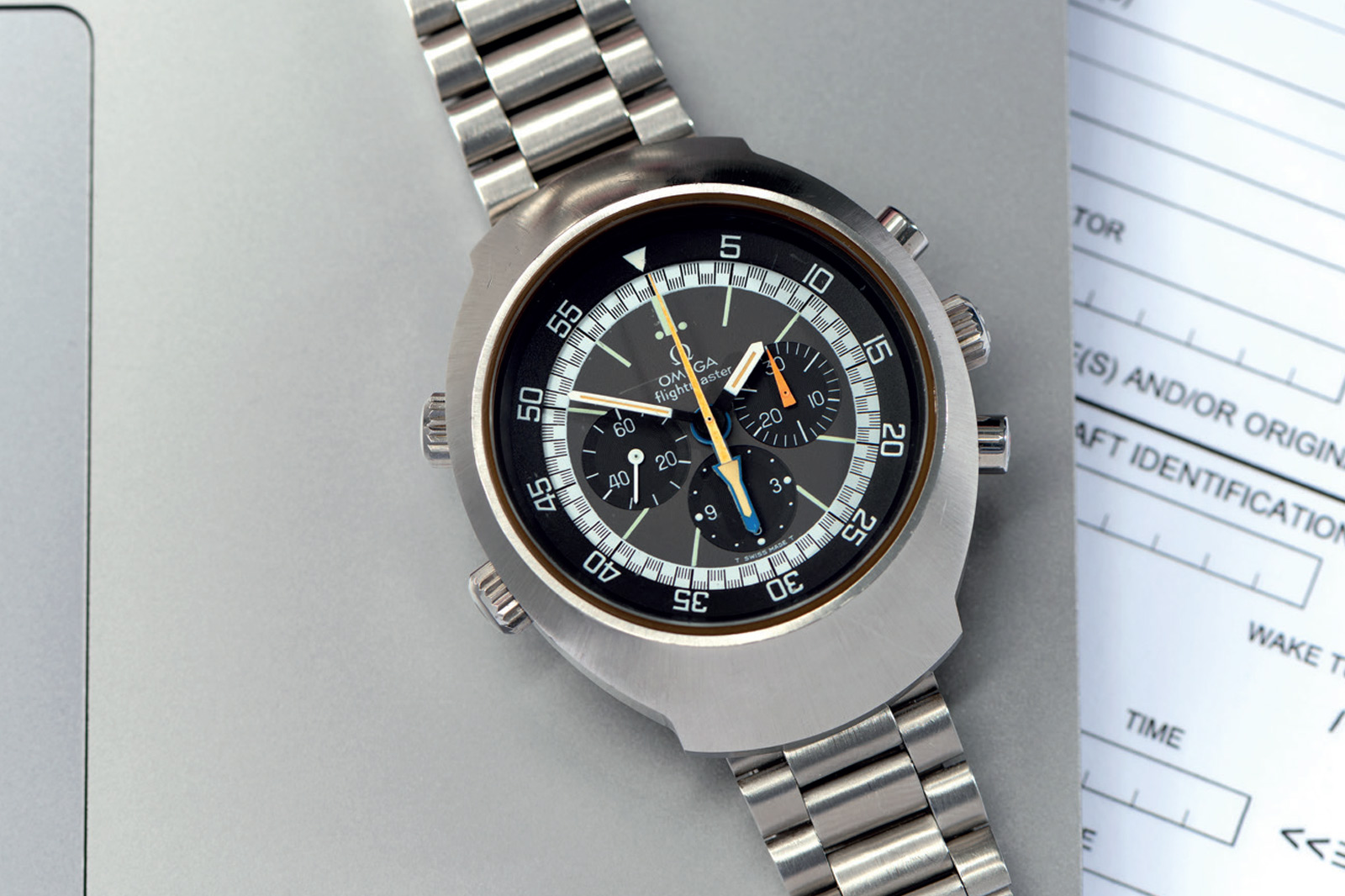 The entire layout is color-coded. The crown at 8:00, has a black dot to match the black inner rotating bezel. At 10:00, the crown is accented with blue to indicate its control of the independent second time zone hand. Further, the pushers are either red, yellow or orange to match the particular example’s chronograph hands. Off-colour subdials make for quick identification and even the bezel has alternating marks allowing you to easily read the chronograph down to 1/5 of a second.

Omega even won a government contract to provide watches for the X-33 program, King Hussein of Jordan owned a solid gold one, along with 200 other lucky individuals. In the Apollo Soyuz mission, cosmonaut Alexei Leonov wore a Flightmaster. Made from just 1969-1977, the Flightmaster really was in and out, so if you are if you’re looking for a pilot’s watch, the Flightmaster is as cool as it gets.

As a self-confessed watch fanatic, Joe’s personal interests lie in complications from Patek Philippe, F.P. Journe, Lange & Söhne and AP - his favourite being a 39mm AP Royal Oak Perpetual Calendar with a rare Tuscan dial. He also happens to be co-founder of preowned luxury specialist Xupes.