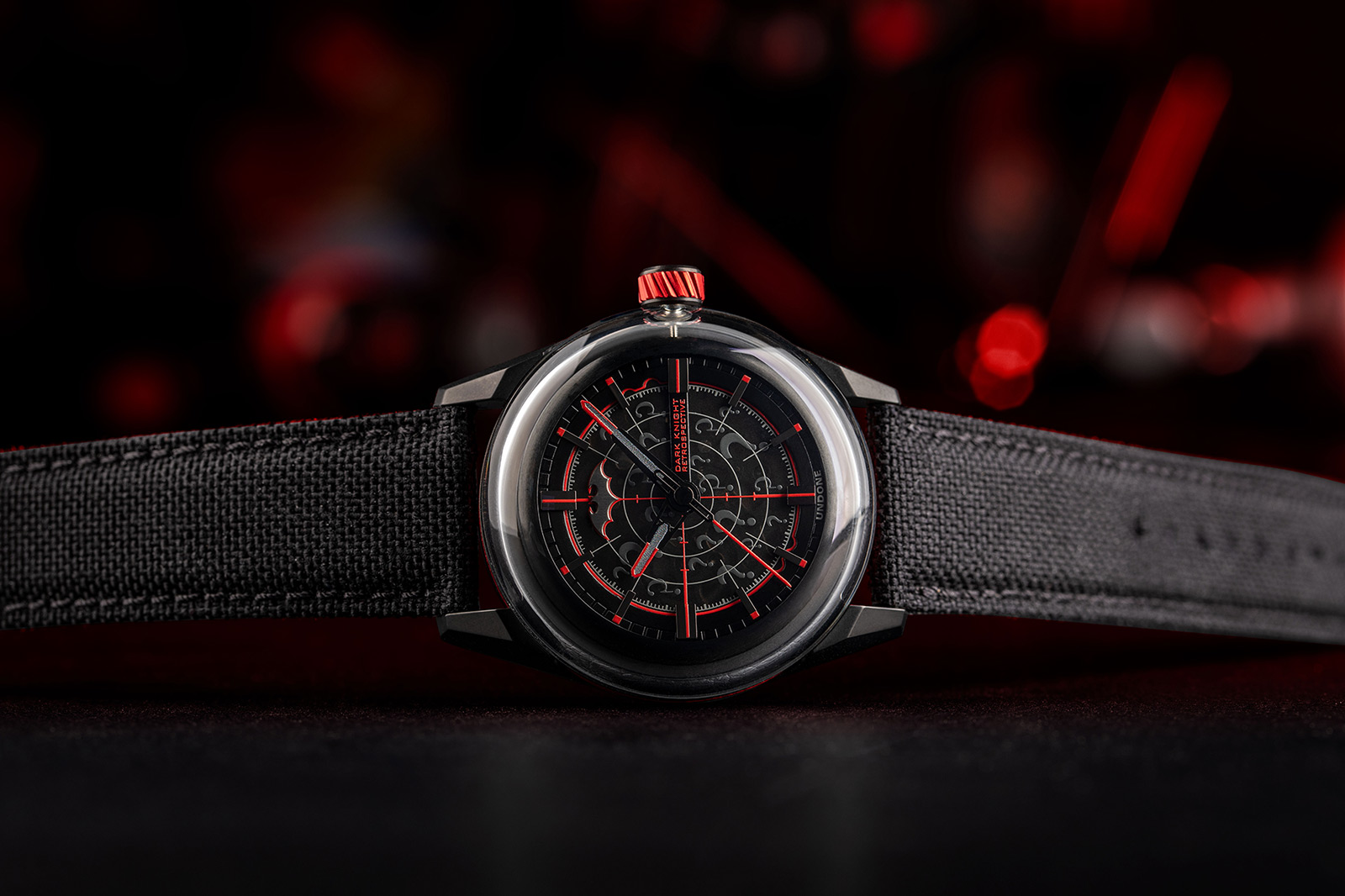 Batman. Perhaps the only DC hero that Marvel haven’t been able to copy in at least some capacity. An icon that is literally untouchable regardless of if you’re looking at his modern grittiness or nostalgic campiness. It’s little wonder that he’s the subject of so many artists and designers from the likes of Kross Studio to UNDONE’s duo of caped crusader wristwatches, well, trio now.

The Dark Knight Retrospective is UNDONE’s third Batman inspired release and despite its Nolan-esque name is actually an homage to the 1960s era of the superhero. The 42mm steel case has a black DLC coating and red accents around its base and crown which are pure throwbacks to the signature look of the 1960s Batmobile Lincoln Futura. And let’s be honest, that car was the only ‘cool’ thing about Batman back then, as much as we look back on that period nostalgically. 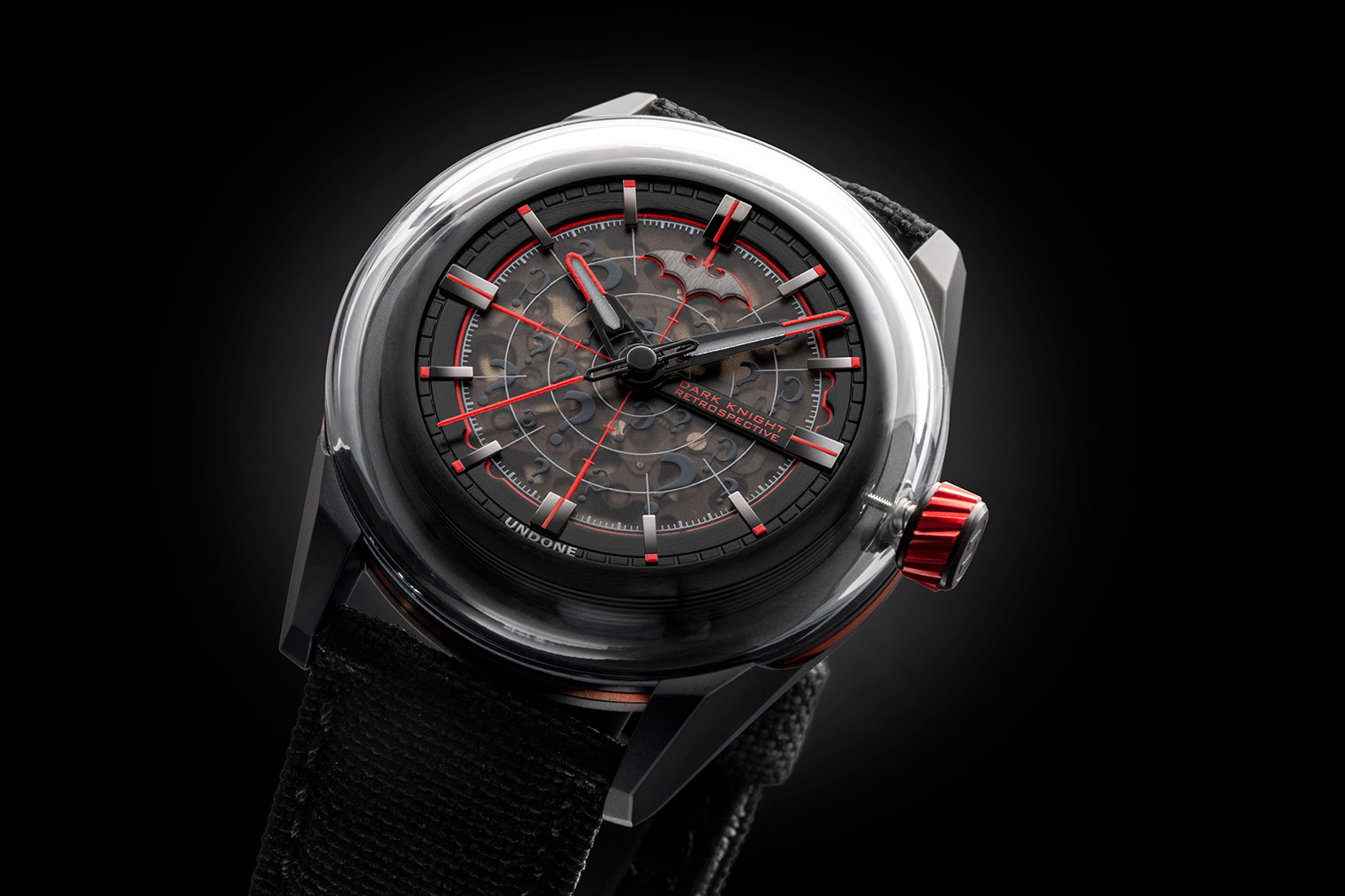 A further reference to the Batmobile is the vaulted K1 glass dome, clearly evoking that dual pod canopy of the car. However, while the inspiration for the Dark Knight Retrospective is decidedly kitsch, it actually manages to maintain a fairly menacing appearance, thanks largely to the black and red colour scheme.

It has a radar dial in the vein of the Detect-O-Scope (we challenge you to find a more 1960s gadget than that – other than Shark Repellent) that continues with the colouration of the case. Despite the seemingly complicated dial, it’s a time-only watch with hours, minutes and seconds. The black dial is also translucent, giving a glimpse of the TMI NH72 movement below. Where it really comes alive is at night, when it is revealed that Batman is in a life or death struggle against The Riddler, one of his nemeses. 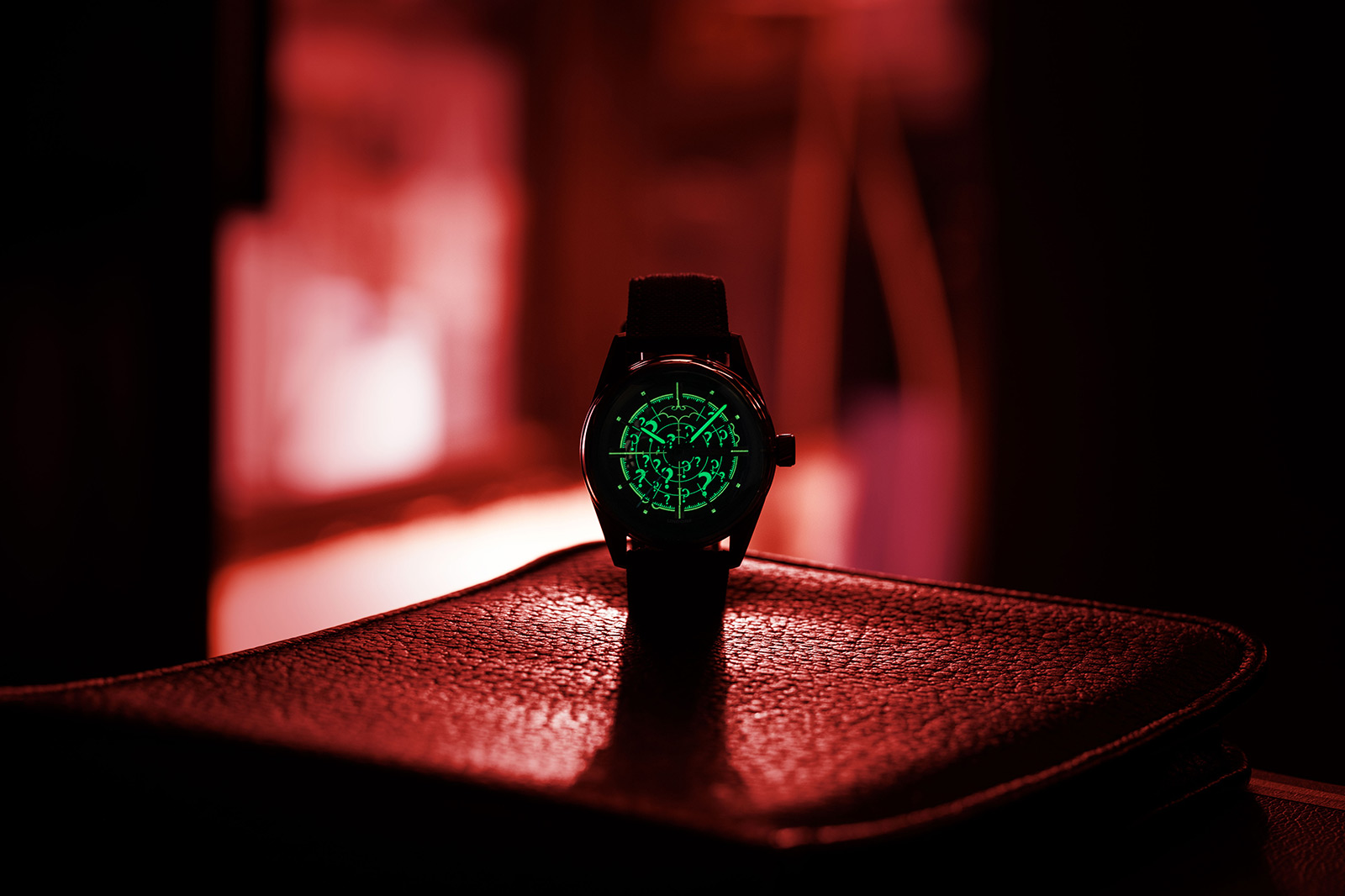 The radar lights up with over a dozen lume-coated question marks, signifying that the machinations of The Riddler are afoot nearby. It’s entirely an aesthetic addition to the watch and if anything detracts from its night-time legibility. But come on, it means the Detect-O-Scope actually works in at least some small capacity. You can just picture Bruce Wayne at an evening soiree in full tailored suit checking his watch and being alerted to the presence of a Supervillain. And you can be Bruce Wayne in that situation. 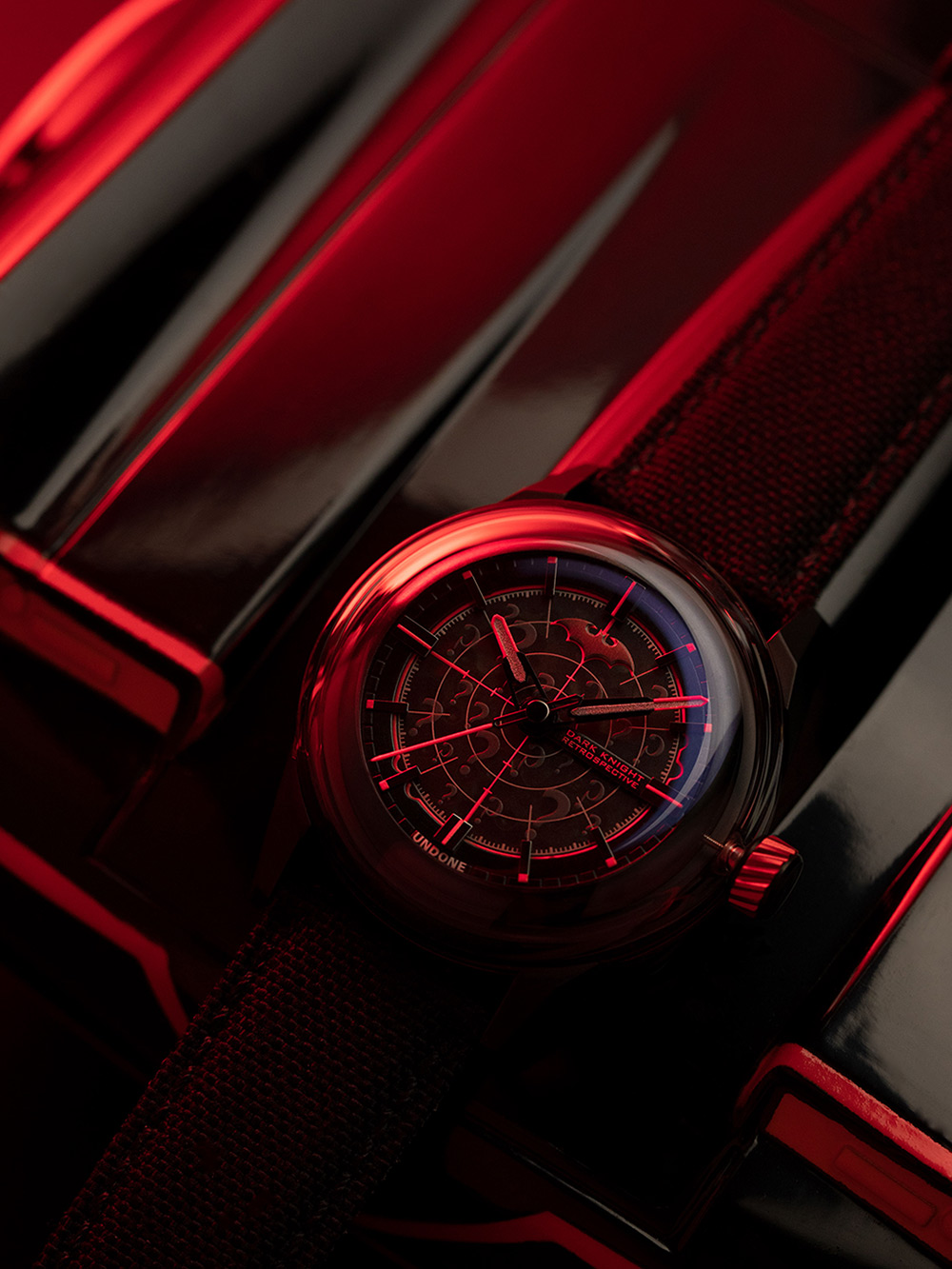 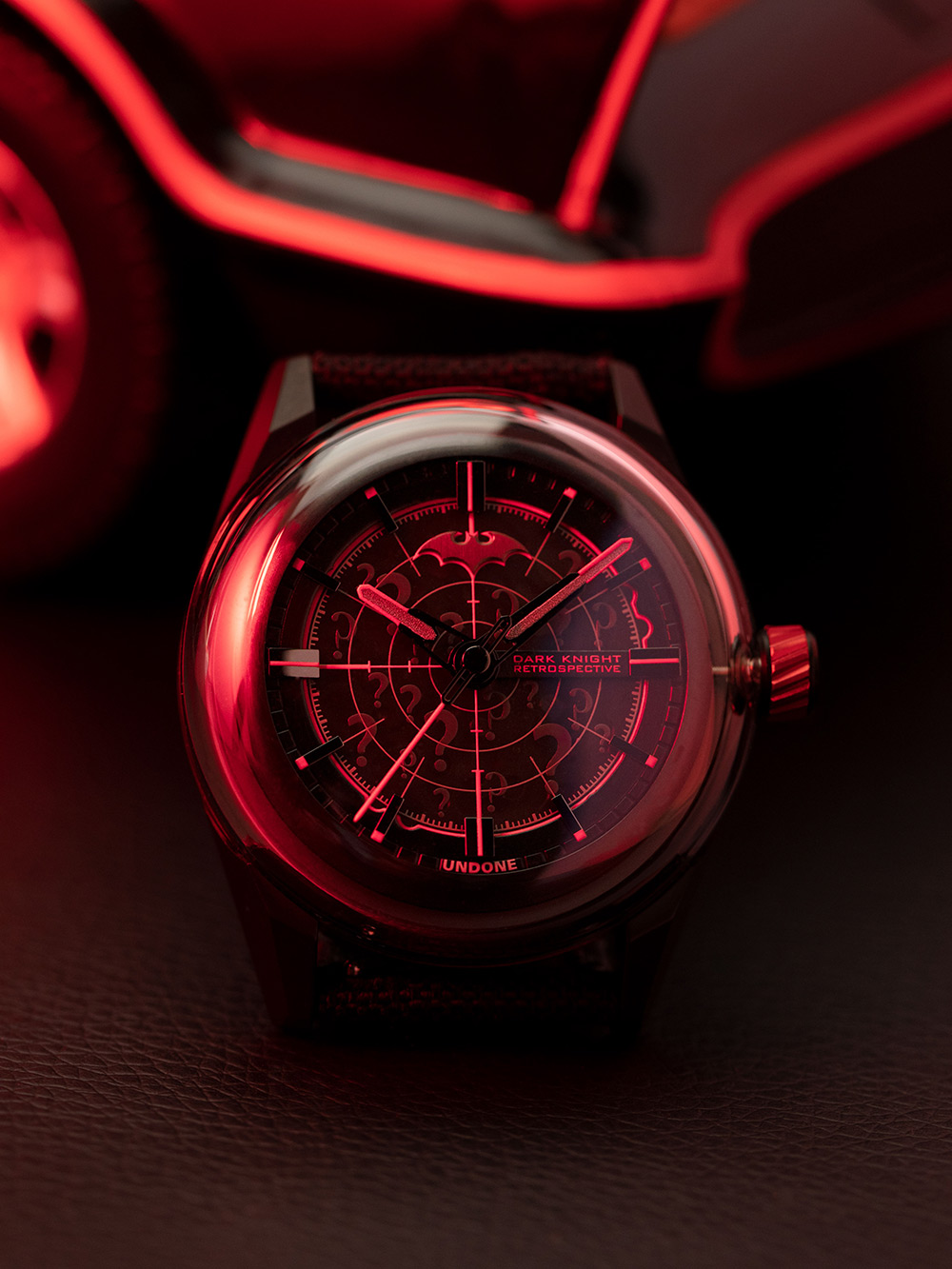 A quick word on the movement, the TMI NH72. It’s an automatic calibre produced by Seiko that has a 42-hour power reserve. Considering that the last couple of releases from UNDONE, the Shunga and Looney Tunes, housed meca-quartz movements it’s nice that they’ve used a genuine automatic calibre here. 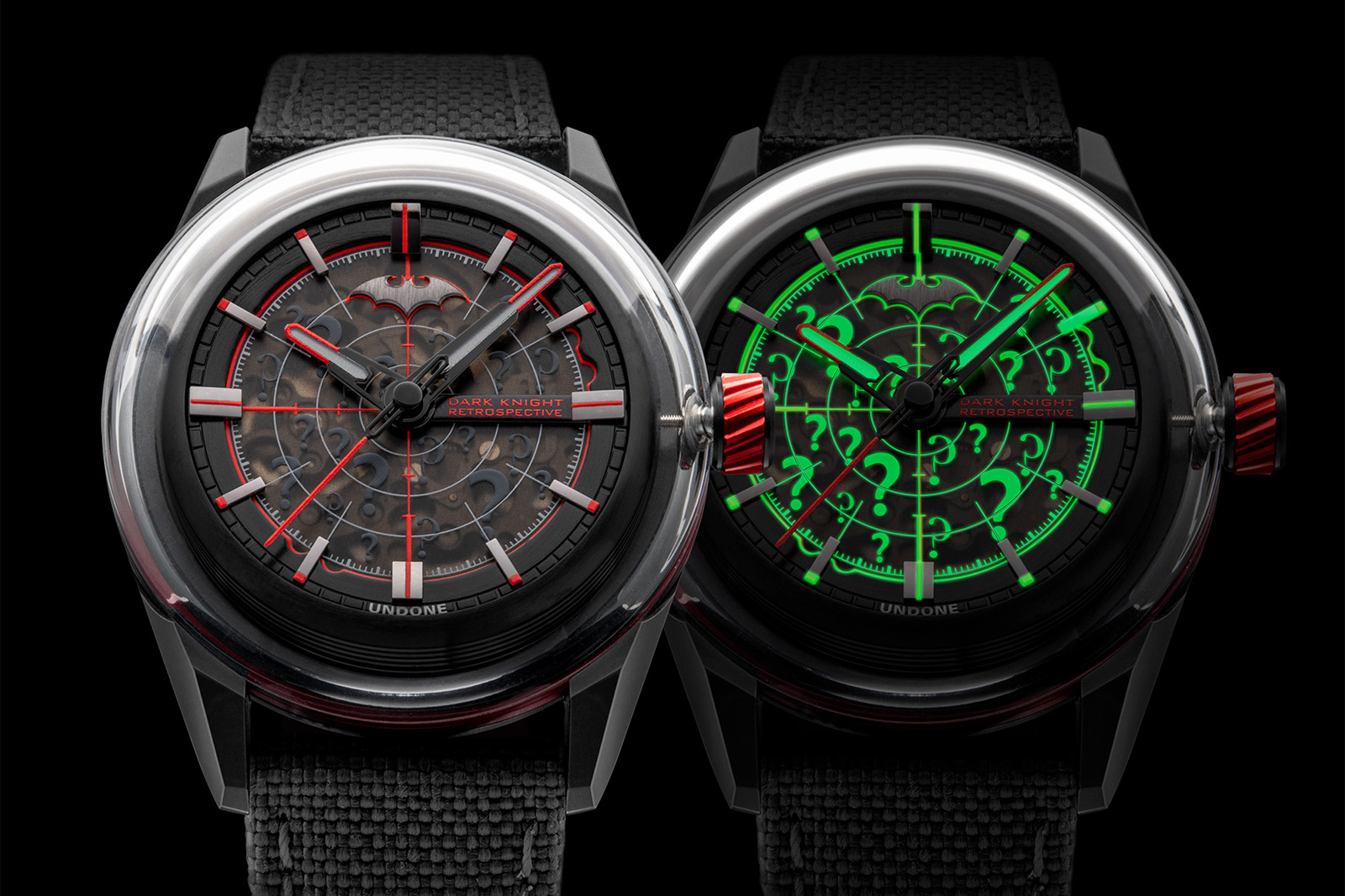 Compared with the previous Batman watches from UNDONE, this is certainly the one you’re likely to spend most time explaining to people, but it’s also the most interesting and collectible. Just good luck bringing up ‘Detect-O-Scope’ in casual conversation, perhaps some things are best left in the 1960s after all.

The latest interpretation of the Singer Reimagined Track 1 SKLT features a carbon case, giving a...

For their first Tricompax Chronograph, Baltic have teamed up with classic car legends Peter Auto.