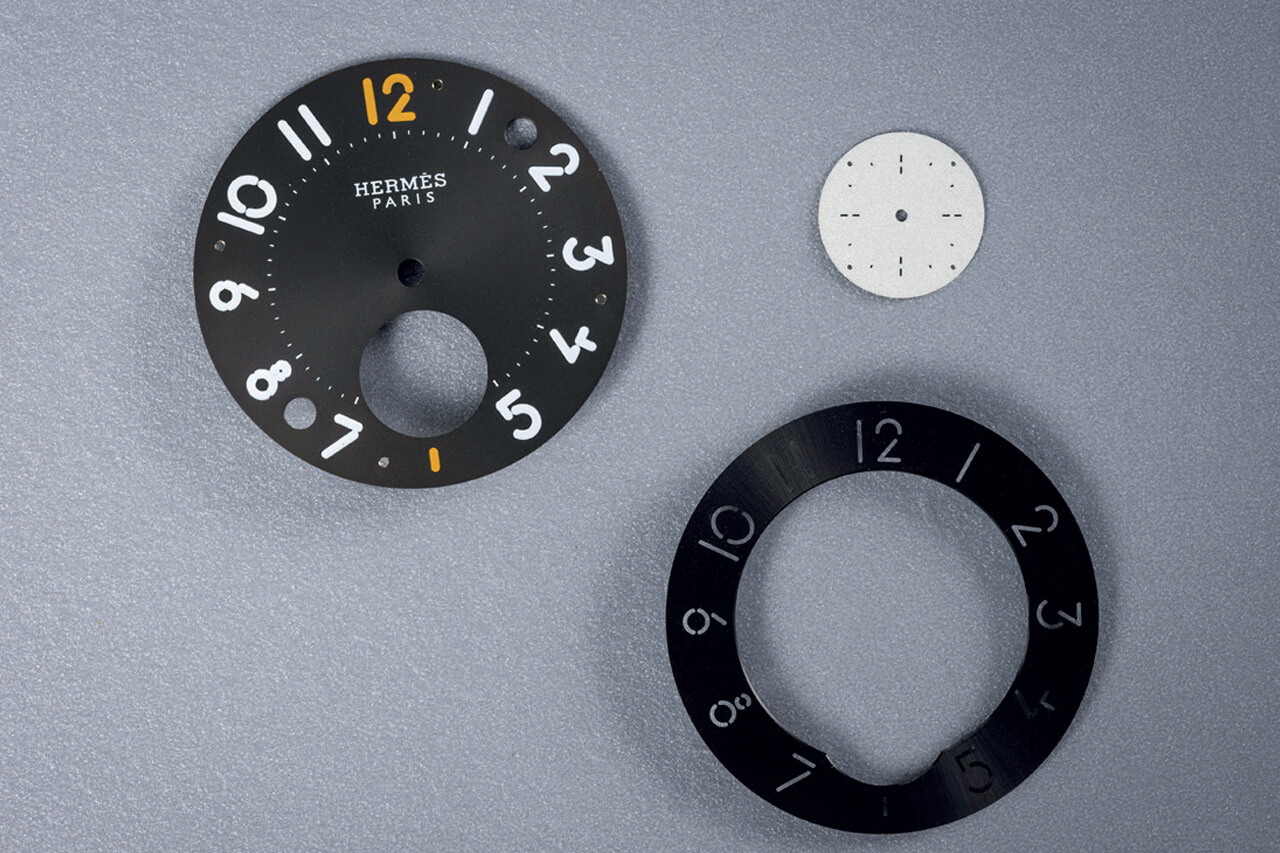 Look at the face of your watch and what do you see? The correct time, you’d hope, but what else? Perhaps even without realising it, your watch is telling you about itself through that most subtle of techniques, its typeface. I’m not just talking about whether it uses Arabic or Roman numerals; I’m talking about the shape of the numbers themselves, the all-important font of the dial.

One of the earliest named fonts in watchmaking are the purely classical Breguet numerals. The delicate, curling numbers date back to 1790 and are illustrative of the kind of hand-painting used at the time. Essentially, they’re 18th-century calligraphy. That’s why you tend to find them on enamel dials which are generally still hand painted today. Or should be, at least. 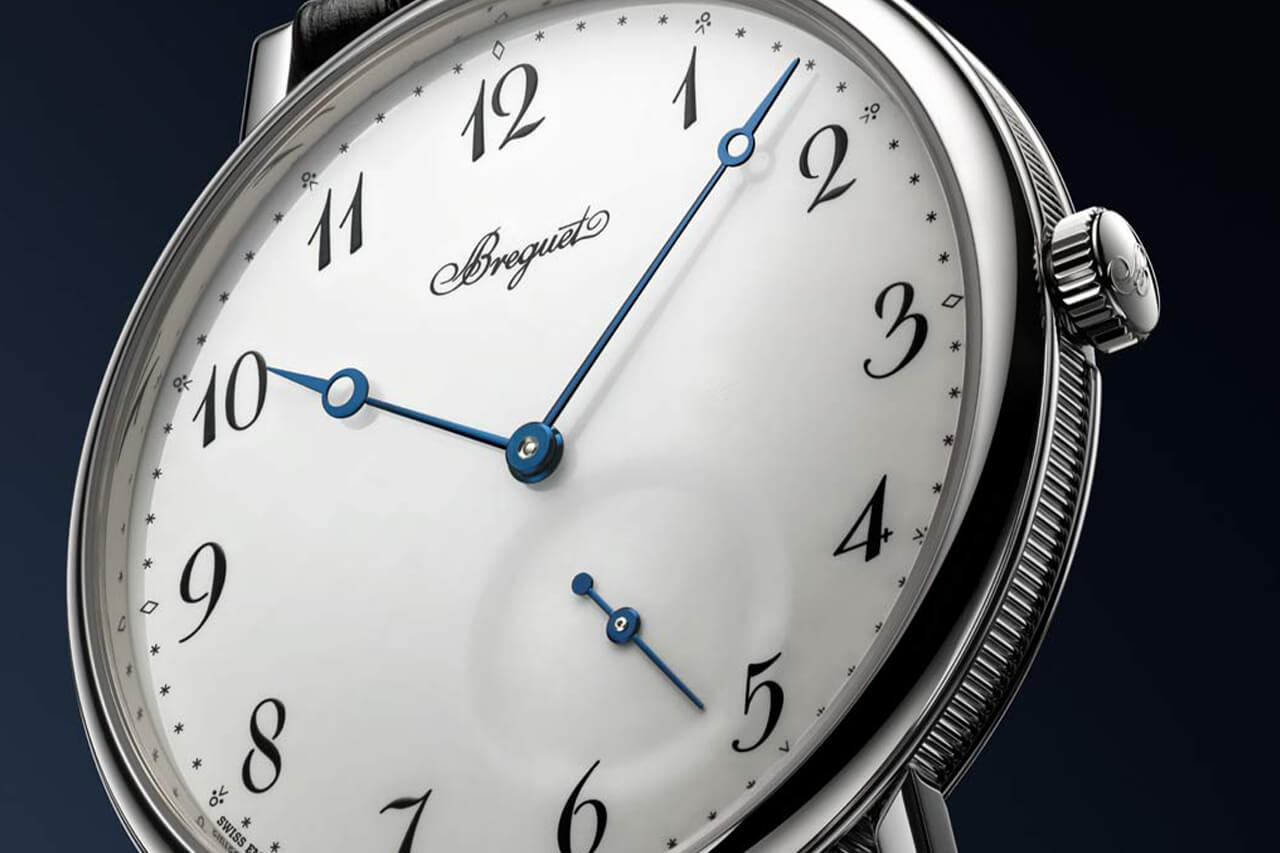 Breguet still uses them of course, but so do plenty of classically-inspired watchmakers. It makes sense; the numerals are shorthand for that kind of traditional haute horology. But what about something a touch more modern? 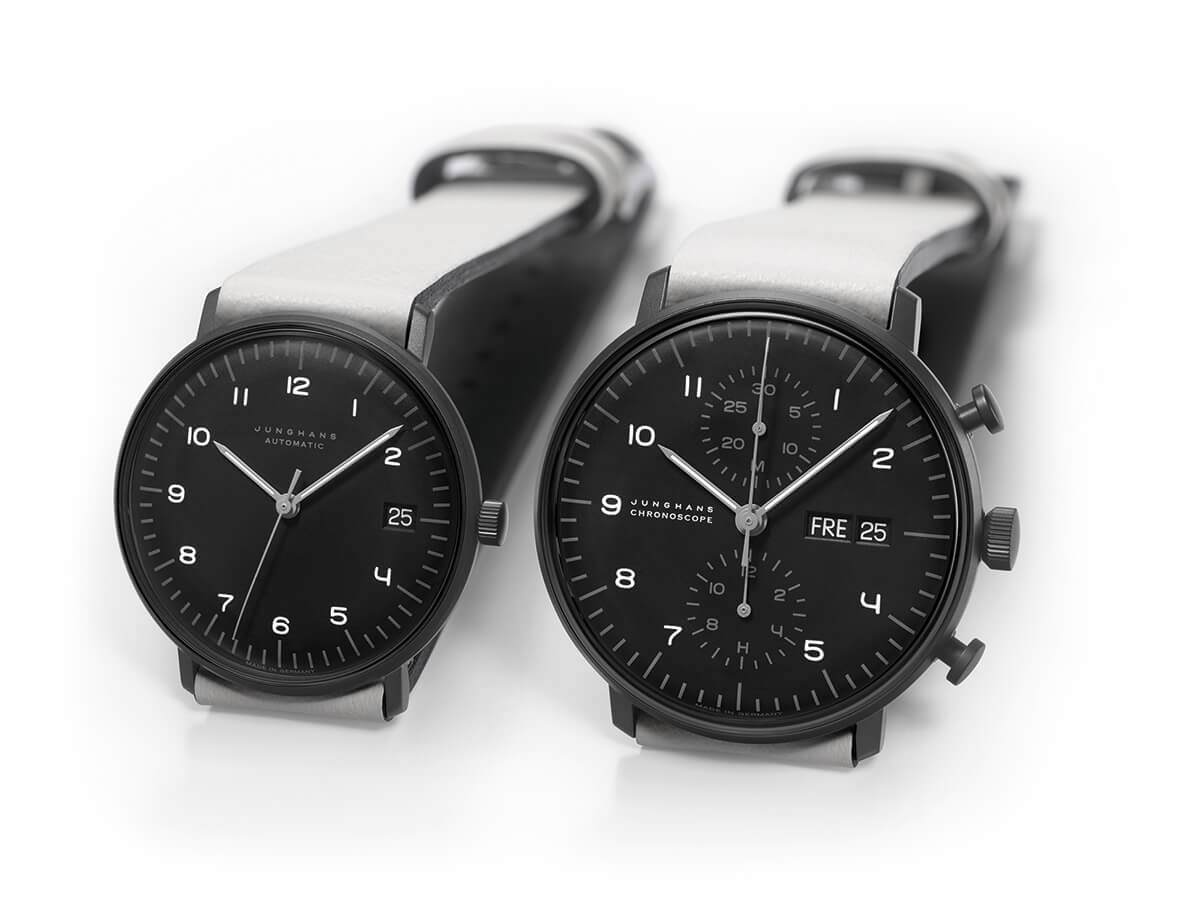 At the other end of the scale in terms of ornateness is Junghans with its Max Bill collection, named after the Swiss graphic designer whose typeface it has adopted. His re-interpretation of Bauhaus can be seen in the clean, functionalist look of the characters, clear and legible but with an industrial twist. For a brand as minimalist as Junghans, it’s the perfect fit.

Junghans is the only watch brand allowed to use this particular Max Bill font, but you can see similar styles across the likes of Meistersinger, Nomos Glashutte and other German heirs to horological Bauhaus. All of them convey the relevant info with the minimal fuss – which just so happens to look pretty classy, too.

Right now though, if you want a masterclass in making typography a feature, look to Hermes. Other than the occasional high complication (like its dual-orbiting moon phase from last year) its timepieces don’t have too much going on, so instead of over-the-top finishing Hermes opts to flex its design muscles in its fonts. 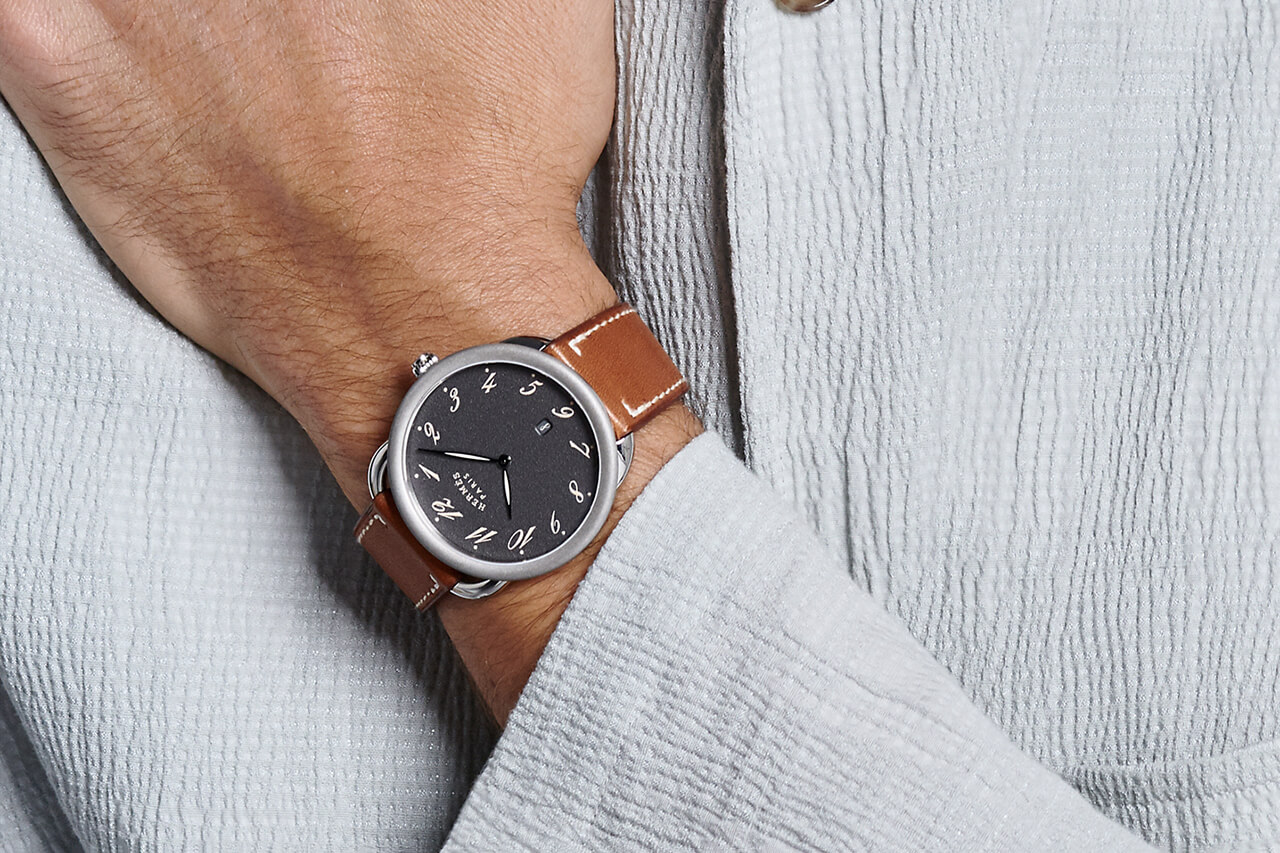 The Arceau, for example, is defined by its twirling, bending numerals that curl around the outside of the dial. It’s fun and quirky, a literal twist on the aforementioned classical Breguet numerals, suited to the enamel dial. 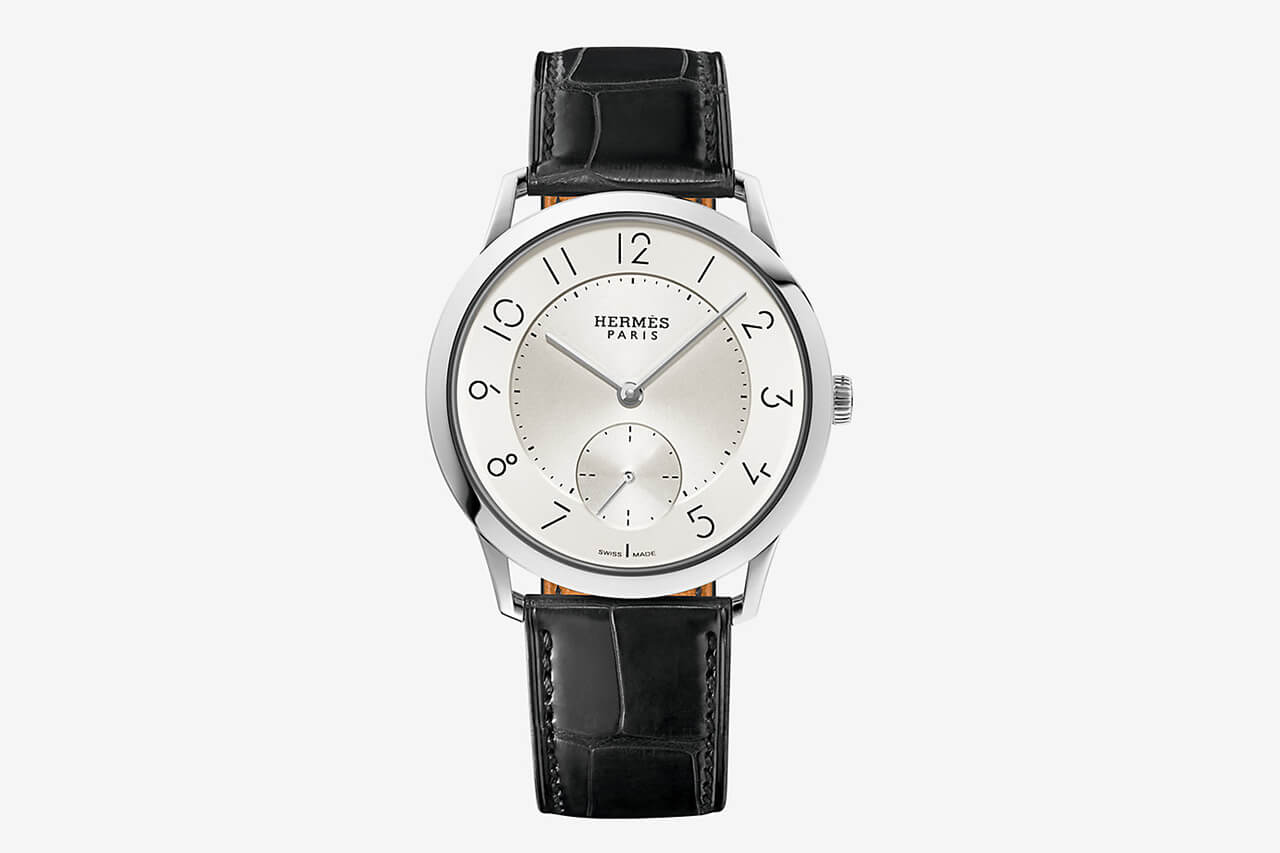 At the same time, there’s the Slim D’Hermes. It has the same lack of fuss across the case and dial, with a focus on thinness over anything else. It is however a lot more modern than the Arceau and so opts for one of the coolest fonts in modern watches. Created by graphic designer Philippe Apeloig, the series of disconnected lines and circles is superb, turning a necessary element into a defining characteristic. 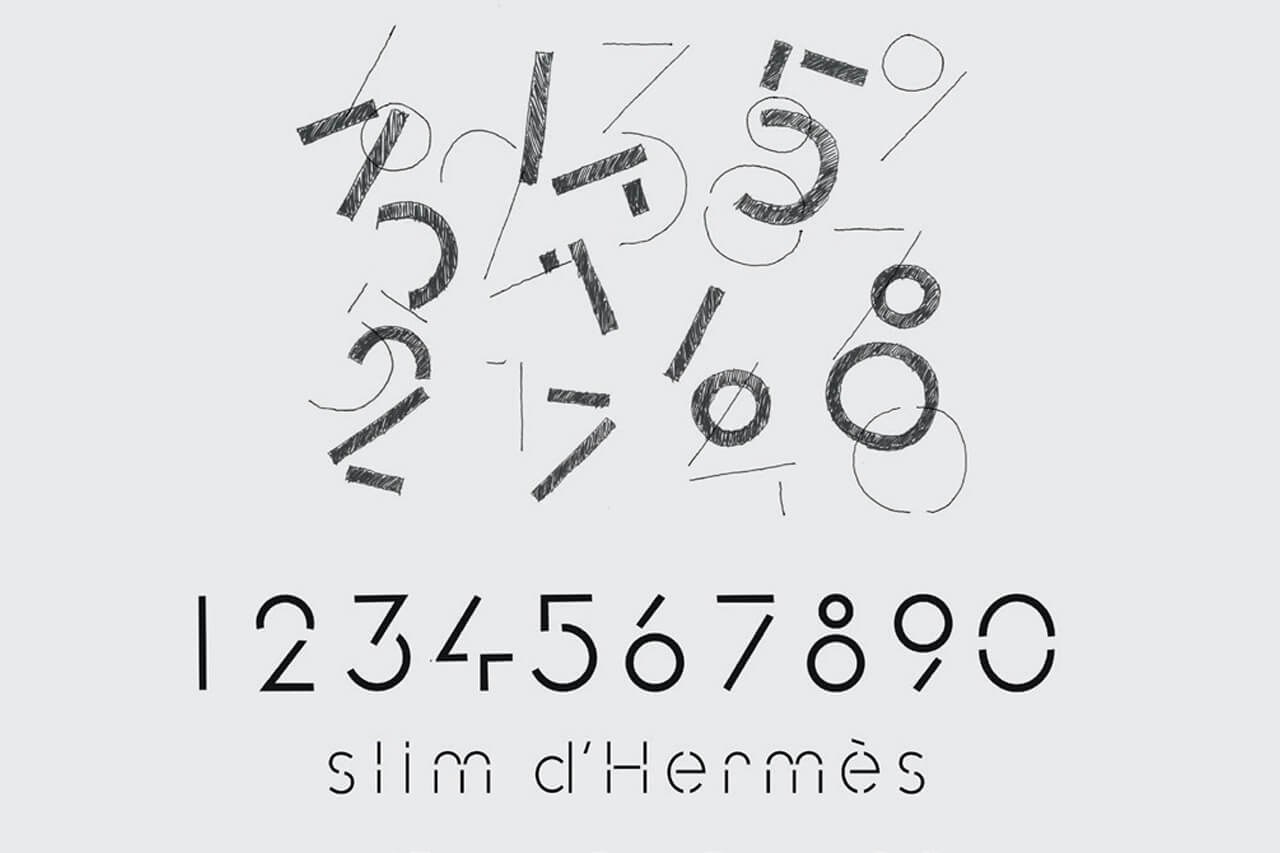 With all that, it’s pretty obvious that typography is incredibly important to the overall look of any watch. But let’s go a little further; how exactly does a brand or font-creator settle on the design? I’m no graphic designer, so I asked specialist Lee Yuen-Rapati about his work on the revamped dial for the superb Fears Brunswick. “I created the Edwin numerals to give Fears an identifiable and flexible set of numerals that could be used across its collection. I followed two guiding principles in creating the numerals: they needed to be understated, and they had to be able to act as a bridge between vintage and contemporary styling.” 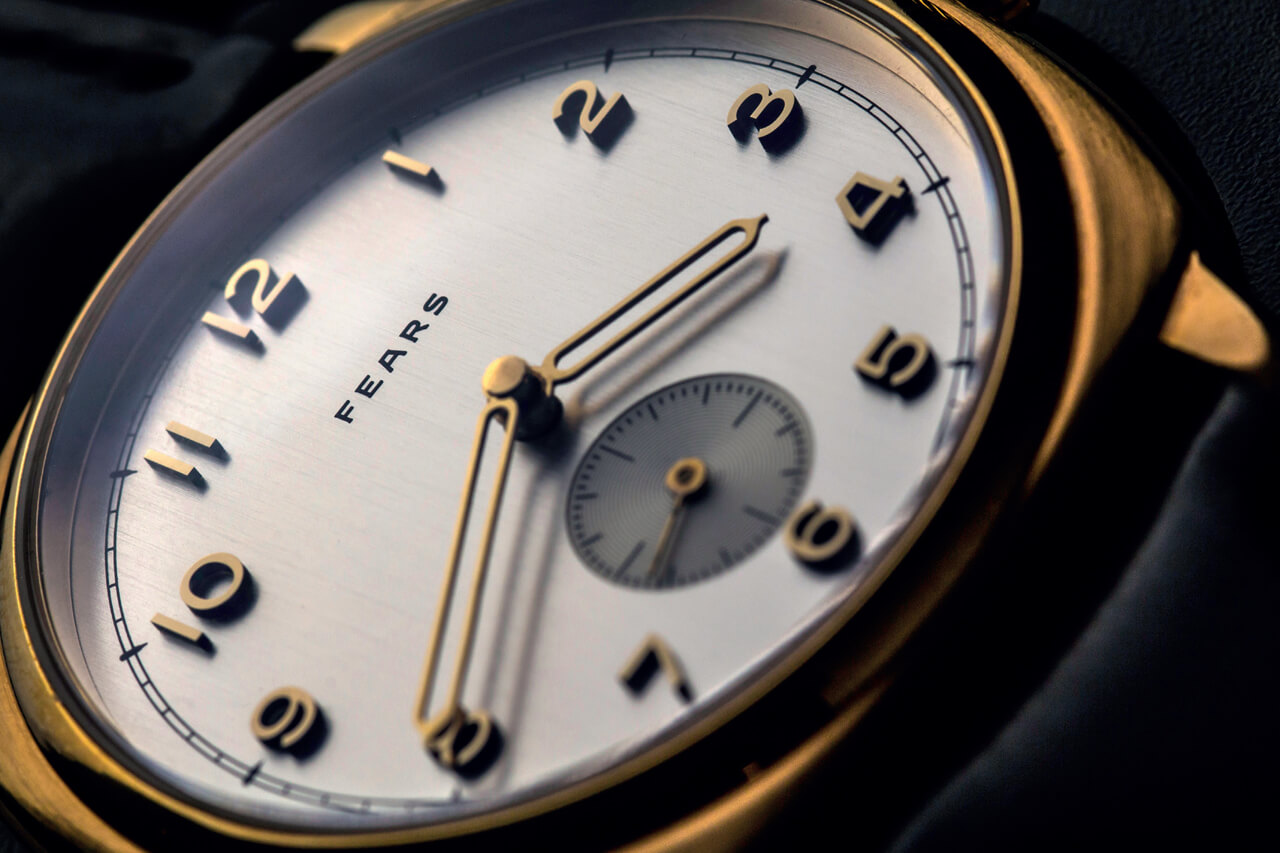 “After viewing a number of watches and pieces of ephemera in the Fears archive, I established a skeleton for the numerals to follow very close to some vintage examples. This skeleton informed much of the core construction such as a wide numeral width, visually monolinear strokes, as well as watch-specific qualities such as the flat-top 4.”

“The final contours however hold some unexpected and subtle tweaks such as the bends near the corners of the 4 and 7 (echoed as well in the bottom left corner of the 2). The Edwin numerals seen here are only the first reveal of a larger set, however they typify the design language that will be found in future Fears watches.” 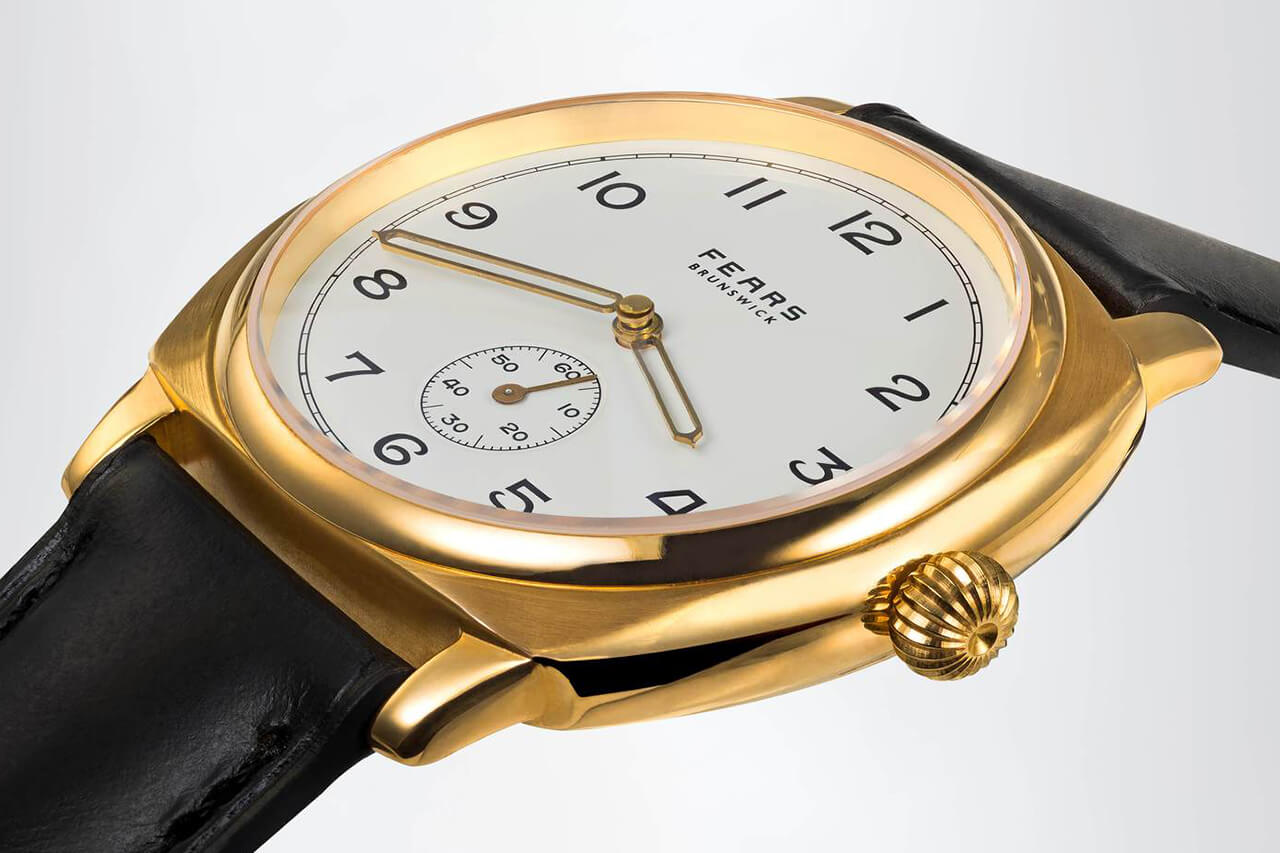 So next time you look at your watch, take a closer look at the numerals. There’s a good chance that a designer spent a lot of time deciding on the precise curve of the 9 and the angles of the 4. Hopefully it works; if it doesn’t at least now you might have some inkling as to why. Either way, it’s all in the details.