Forget subtlety and screw restraint, if you have money to burn by god, you’re going to burn it, whether that’s on a multi-million-pound property in Miami or on a piece of wrist candy to put your granddad’s Rolex to shame. It’s a good thing then that an upper echelon of watchmakers have heard your cries and created watches accordingly. So without the preamble that these watches undoubtedly deserve, here are the most overt, overcompensating and downright over-the-top watches of 2019. Enjoy. 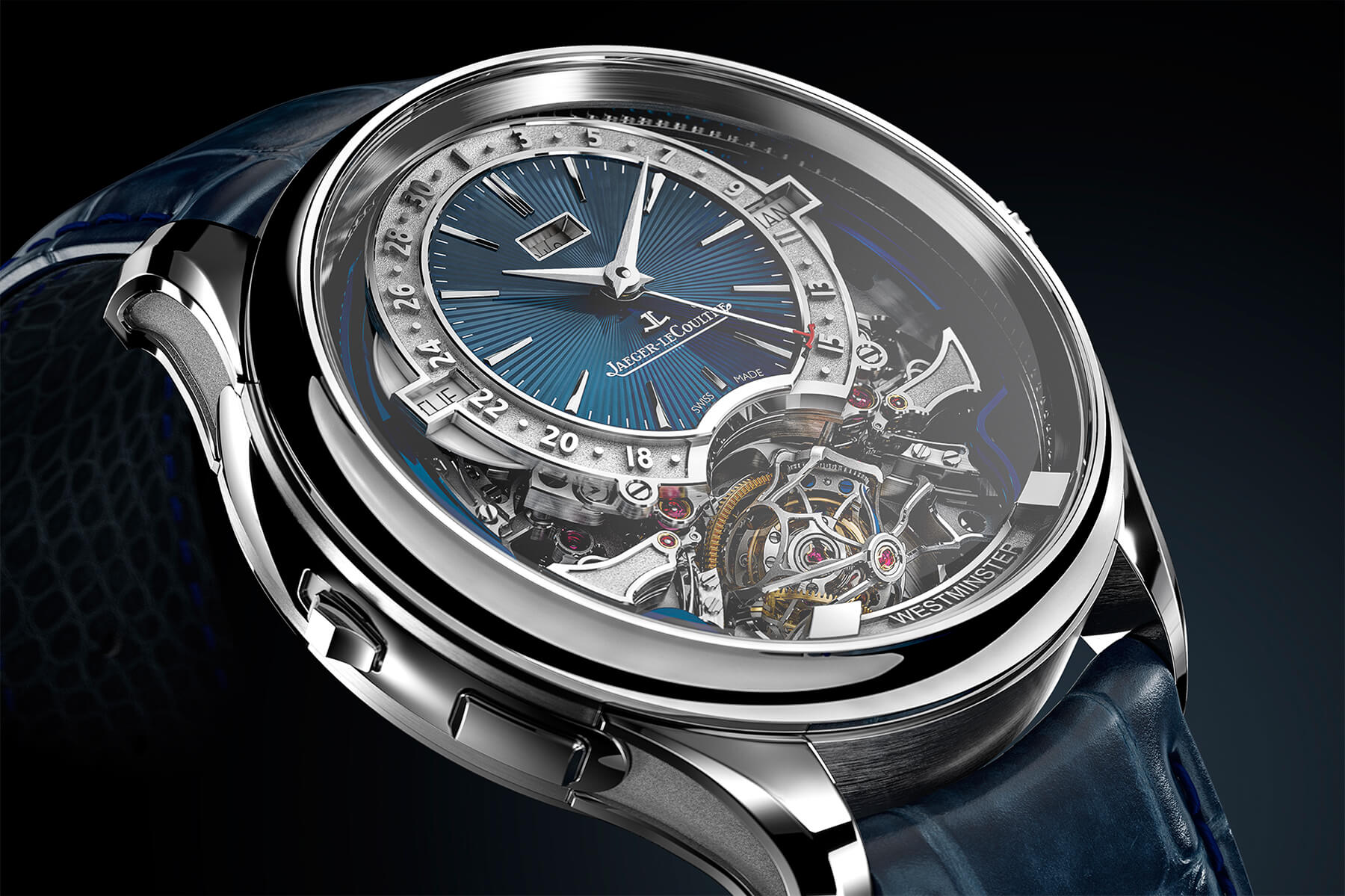 With a name like that you just know that Jaeger-LeCoultre threw everything at this watch. Not only does it include the watchmaker’s famous multi-axis tourbillon, but it also houses a perpetual calendar (the classy collector’s tourbillon) and a phenomenal minute repeater. That last is one of the most excessive examples currently available as it’s calibrated not with the usual tinny chime but with the tones of Big Ben tolling out across the Houses of Parliament. Somehow they’ve managed to fit all of that in a svelte 43mm case, which is all the more impressive when you take a closer look at the movement through the back. It doesn’t have the meteorite plates of the more recent Gyrotourbillon, but when it comes to price that minute repeater pushes it way over the top. 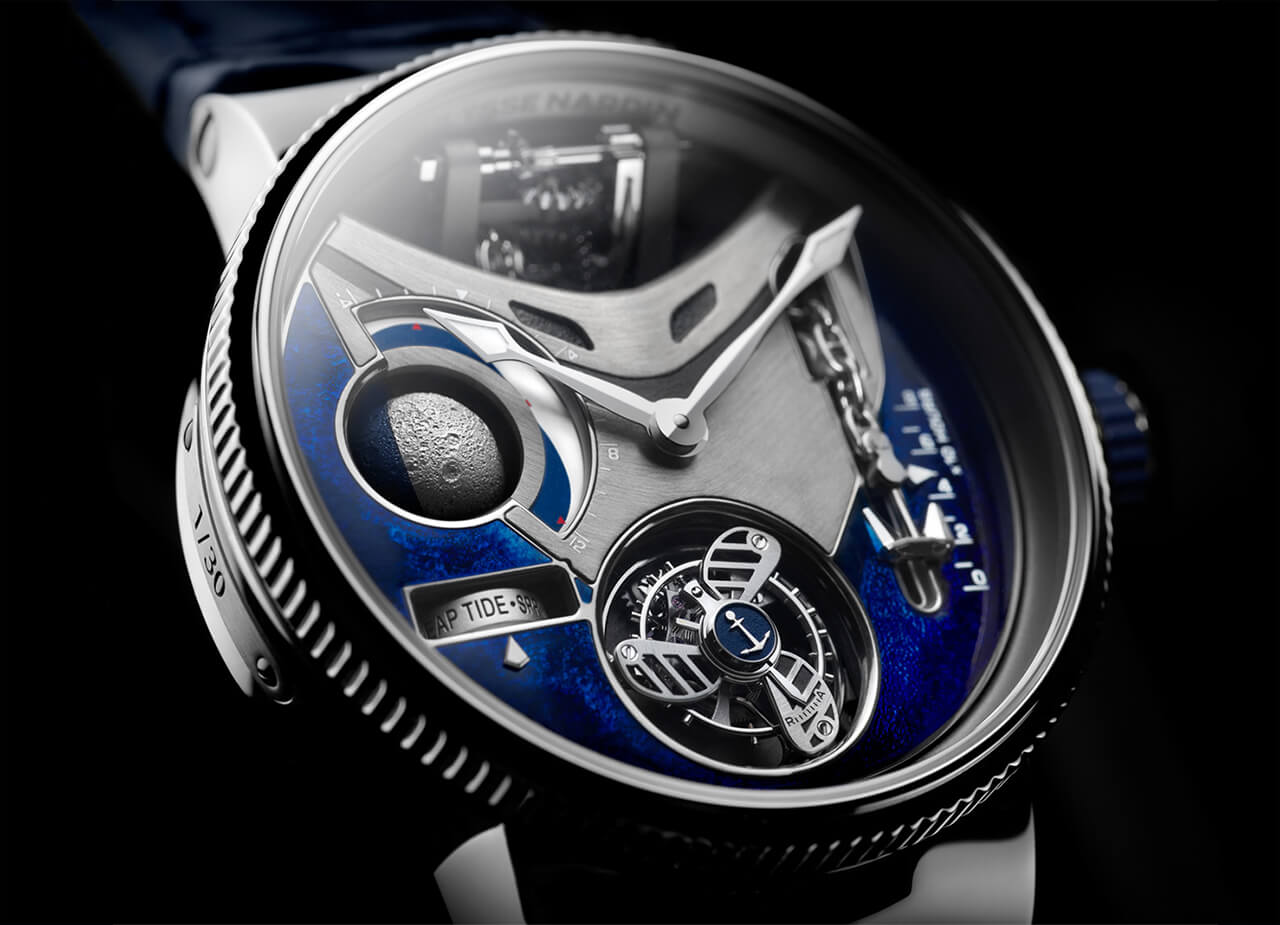 What better way to appeal to the superyacht set than build a watch only they can afford? Not that the price is all there is to Ulysse Nardin’s incredible new take on its flagship Marine of course. It has a moon phase indicator and a flying tourbillon – at this level of watchmaking that’s all but a given – as well as an indicator for tidal coefficients and volumes, just in case you decide to take the helm yourself today.  Most unusual is the power reserve indicator, which takes after an anchor and windlass linked directly to the winding mechanism. As the UN-631 movement runs out of power, the anchor drops. Even the blue and silver on the dial looks like a yacht tearing through the waves. 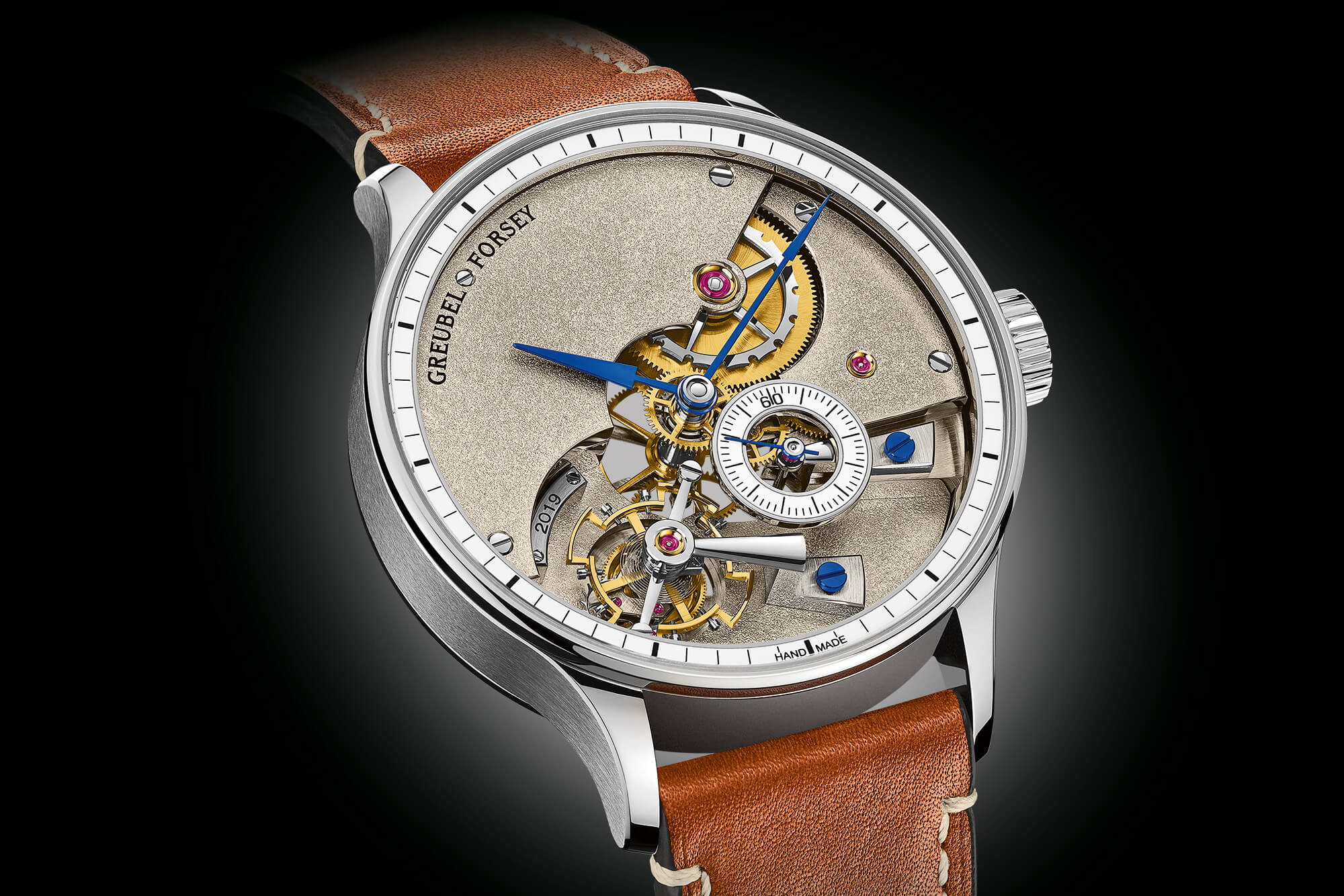 Greubel Forsey is always at the top end of the watch world and its new, 95-per-cent artisanal timepiece pushes even further. Almost every part of the watch – bar a few bits like the sapphire crystal – is entirely made in-house and by hand. Given the watchmaker’s penchant for obsessive finishing and technical ingenuity, it’s a big ask – one that also comes with a big price tag.  And that’s just the starting price.  Each piece is a unique creation and can be customised for the future owner.  Obviously the more you want, the more precious the materials, the higher that price will climb. We’ve been given an upper estimate of £900,000 but we wouldn’t be surprised if it could climb above 1 mil. 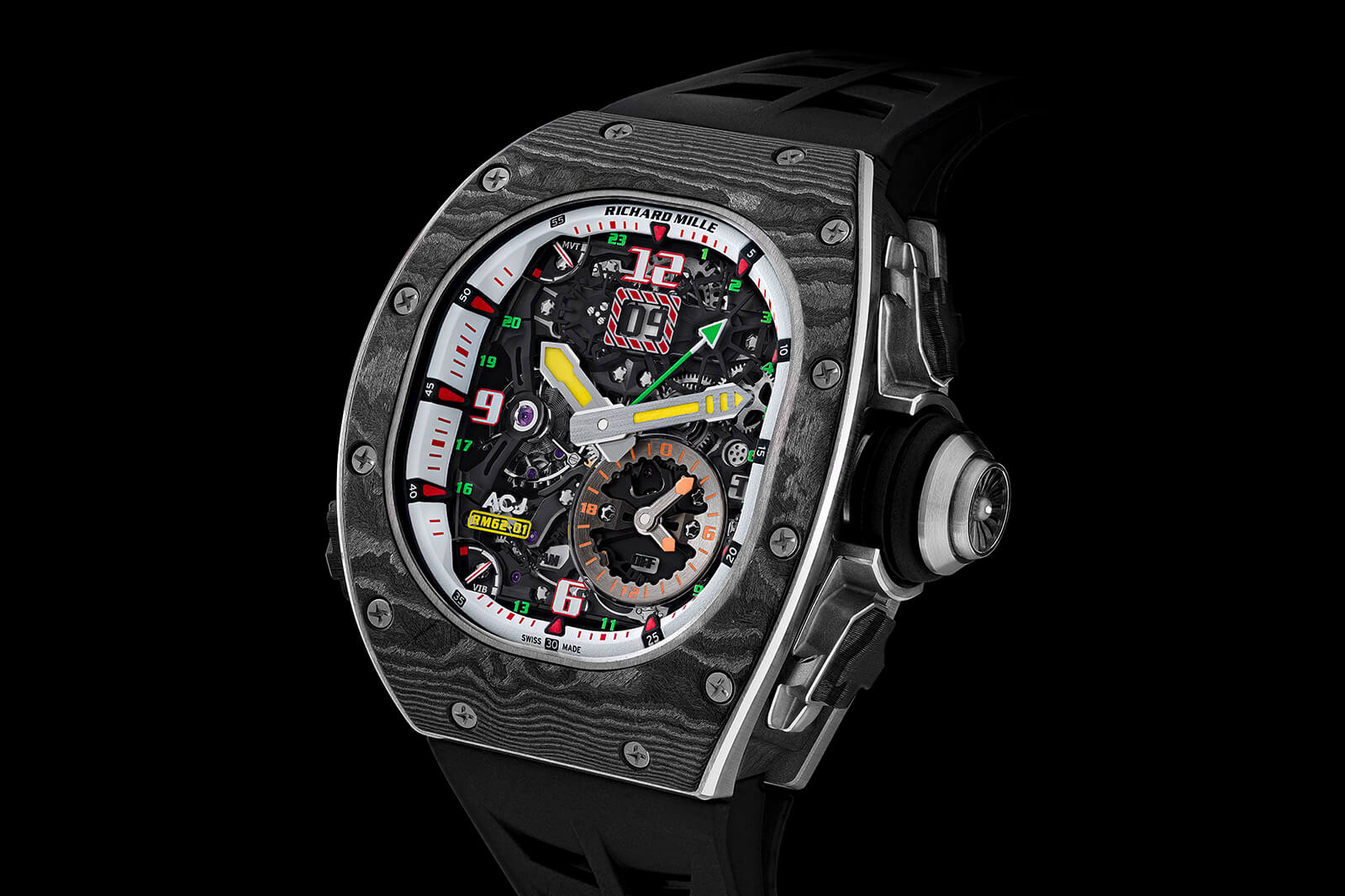 How do you match a watch to a custom corporate jet? By being Richard Mille, of course. In light of its partnership with Airbus Corporate Jets, the avantgarde extreme watchmaker has created the RM  62-01 and with it a new take on the alarm watch.  Normally if you’re woken up by a watch it’s with a tinny chime, pretty but ineffective. Here however Richard Mille has created a vibrating alarm, one that you can’t miss as long as you keep the watch on during your flight. Combined with a tourbillon, UTC indicator and a Carbon TPT case, it’s a beast of a traveller’s watch that’ll eat into your own private jet budget. 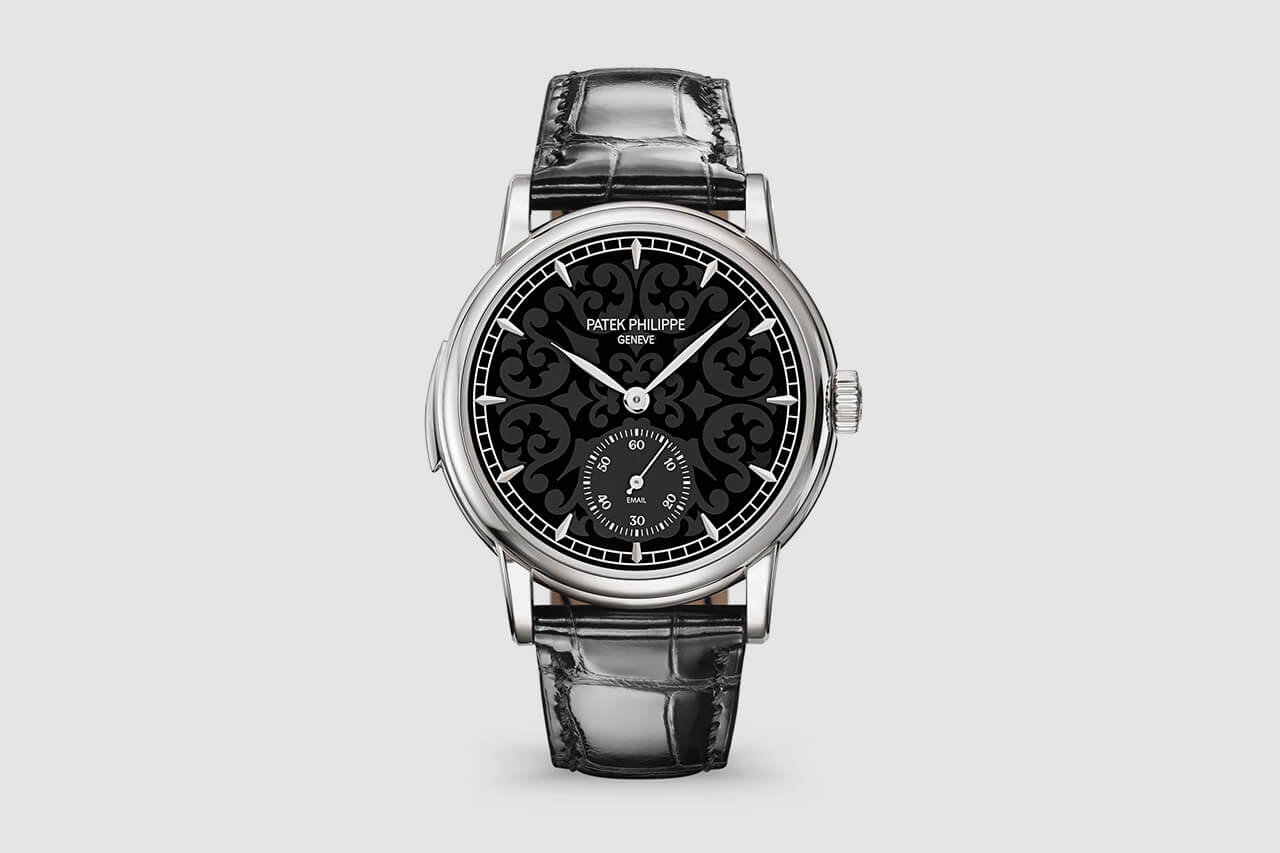 To plenty of collectors a Patek Philippe grand complication goes beyond a grail watch; it’s one of the most extraordinary pieces anyone can own. Usually though they’re nicely discreet, with simple, classical dials around the extraordinary mechanics.  That’s not quite the case here. In the Ref. 5078G Patek Philippe has married its superlative minute repeater with one of the most striking (pun intended) dials it has ever produced. The two-tone enamel dial is exquisitely ornate, with scrolls and arabesques in matt against glossy black. It’s still not exactly avant garde but for Patek Philippe it’s one hell of a statement piece.