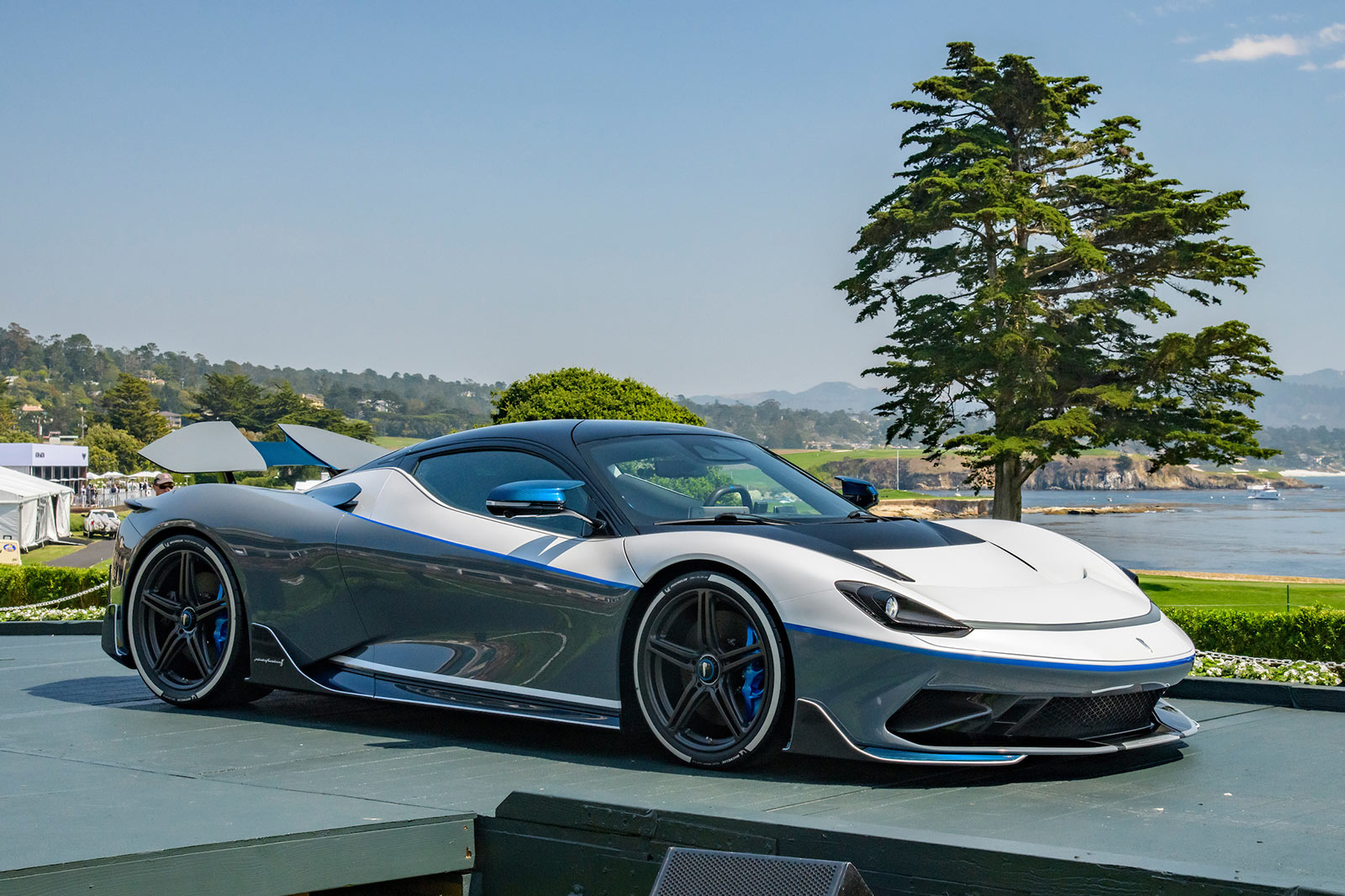 Over the weekend, the top car manufacturers in the world headed to the USA for Monterey Car Week and the Pebble Beach Concours d’Elegance. The car show is a chance for dedicated owners to show off their superlative classics, while over on the concept lawn we get a glimpse of the monster supercars and hypercars that are at the cutting edge of technical possibility.

It’s that latter that we’ve decided to focus on, a veritable feast of bleeding-edge motoring delight and absurd specs. However, we’ve distilled it into a more manageable appetiser to whet your appetite: here are our top five picks. 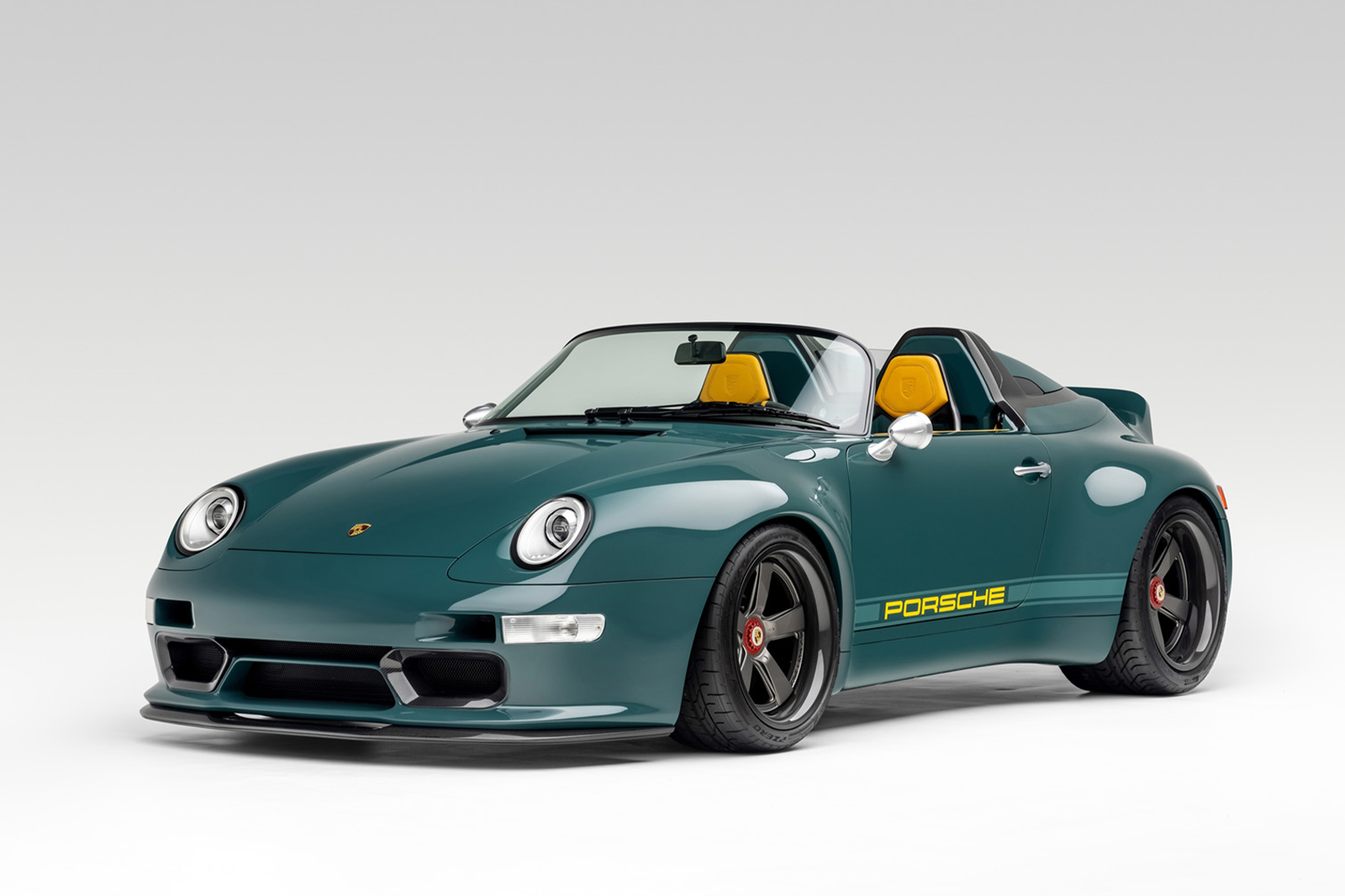 Gunther Werks has a strong history of turning Porsches from cutting edge sports cars into even sportier and even more cutting edge dream motors that are more poster worthy than usual. Their latest remastering of the 993 turns it into a carbon fibre filled, convertible speedster that will have you ripping up corners with the wind in your hair.

Every detail has been accounted for, from the reinforced chassis that counteracts the removal of the roof to the lower rake windscreen and lowered seats that create an adrenaline inducing, race-like driving position. Also, the billet aluminium wing mirrors look awesome, although they’re less important to the overall aerodynamics and driving experience than the new carbon fibre front spoiler and 3D-printed Inconel exhausts. 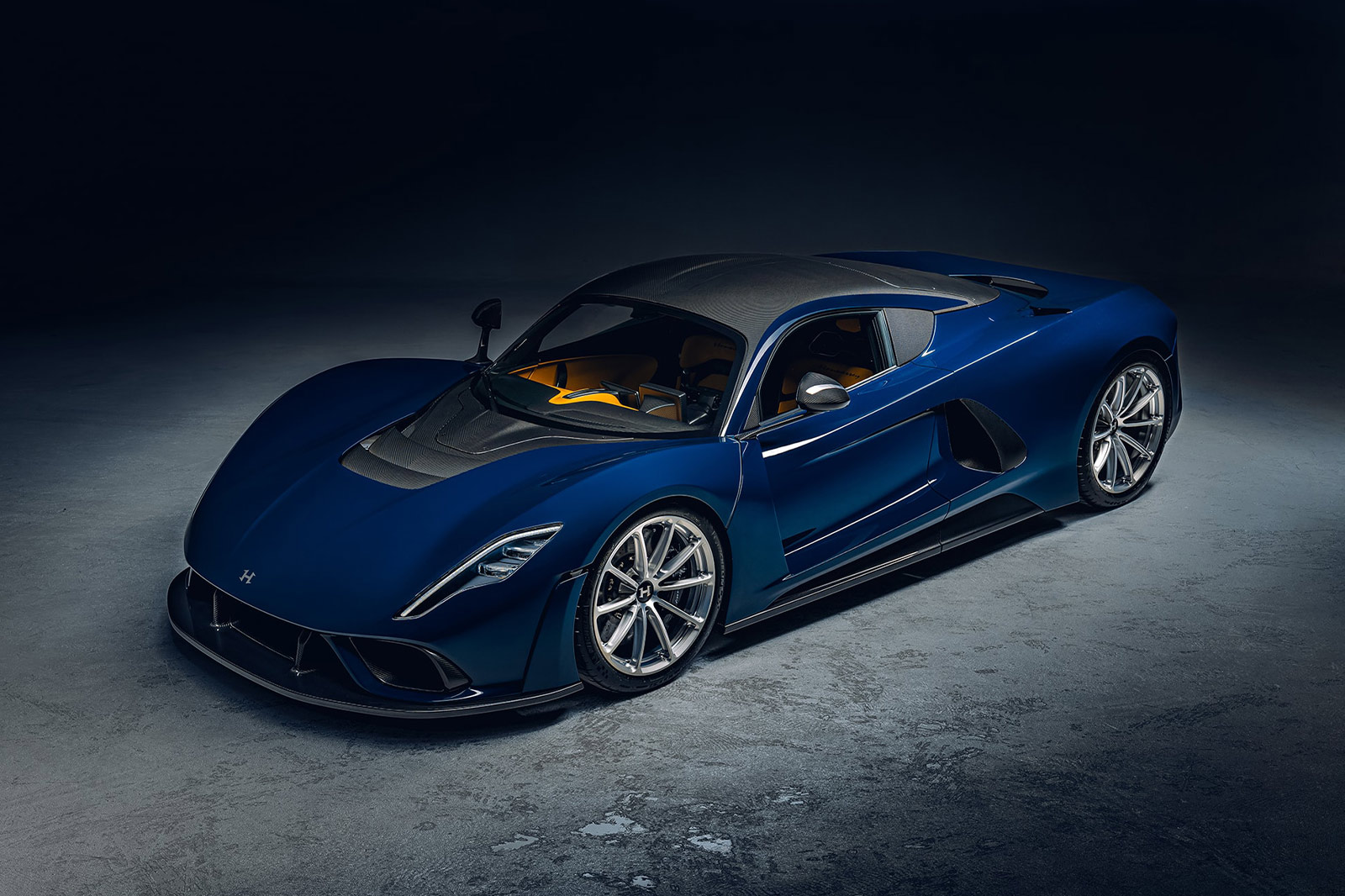 Hennessey, like Bugatti, are one of the hypercar manufacturers that relish the challenge of trying to produce the fastest car in the world. Their latest attempt is the Hennessey Venom F5, which is being shown on the Concept Lawn at Pebble Beach. It has a mid-engine V8 that produces a turbo-charged 1817 bhp, achieving a power-to-weight ratio of 1.34 bhp/kg, the highest of any road car.

The target to beat is 311mph, which the Venom F5 hopes to do in a two-way validated run with a production-spec vehicle. For people used to Bugatti’s spaceship-like designs, the Venom is quite an unassuming vehicle, with clean lines and a classic supercar profile. But don’t let that fool you into challenging one to a race between the lights… you’ll lose. 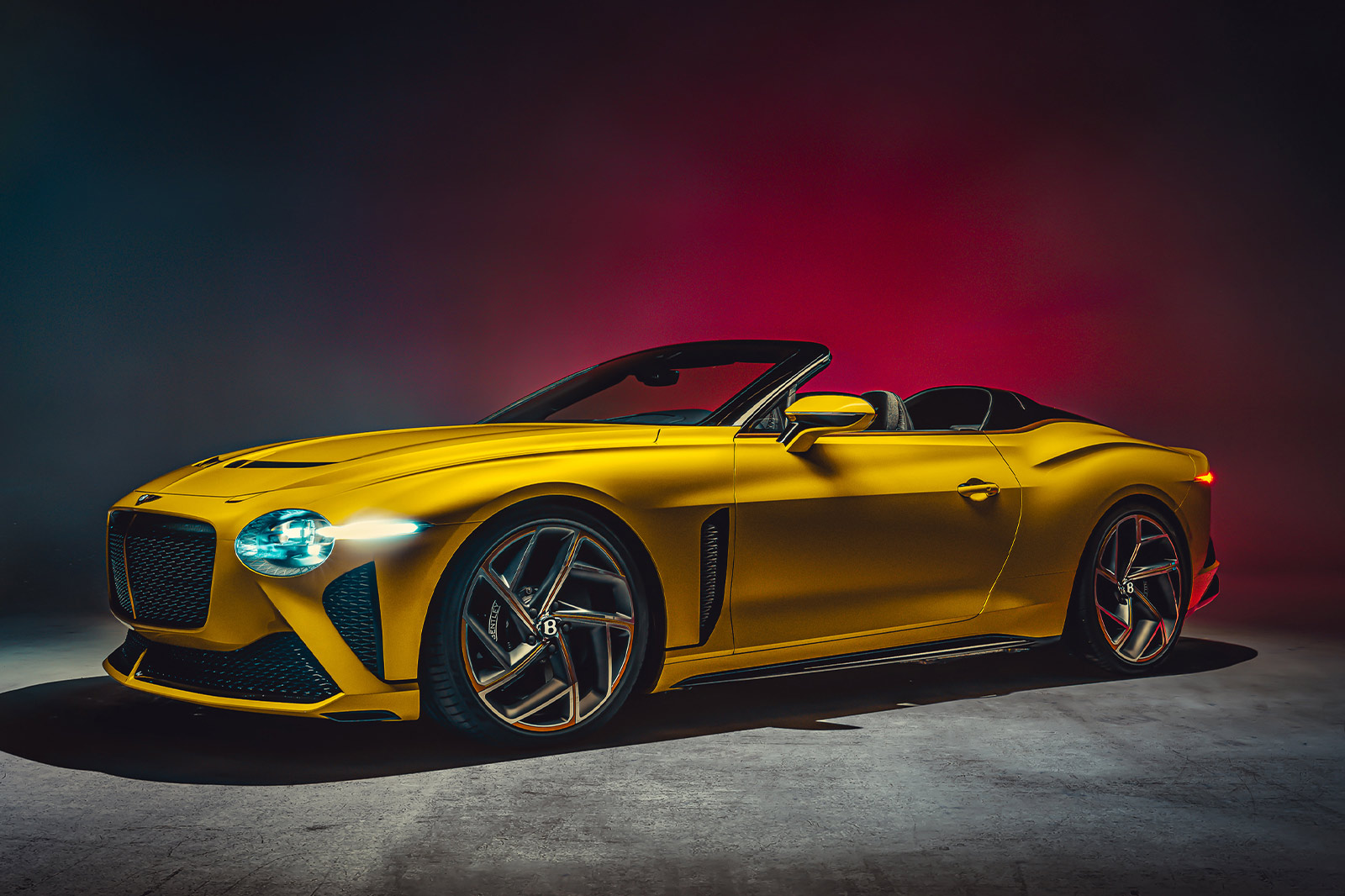 Bentley is having a bit of field day at the moment at both Monterey and Pebble Beach, with the Flying Spur hybrid being showcased at Monterey Car Week and the Bacalar being unveiled in all its concept glory at Pebble Beach. Let’s focus on the Bacalar because, frankly, it’s the more dramatic of the two.

It’s two-door, two seat grand touring at its absolute sumptuous, best. When you read our articles about watches that make you want to cruise down the French Riviera, this is the car you picture yourself in, powerful with bold aesthetics and coachbuilt down to the last stitch. Only 12 of the cars are going to be produced so ‘exclusive’ is another word you could use to describe it. 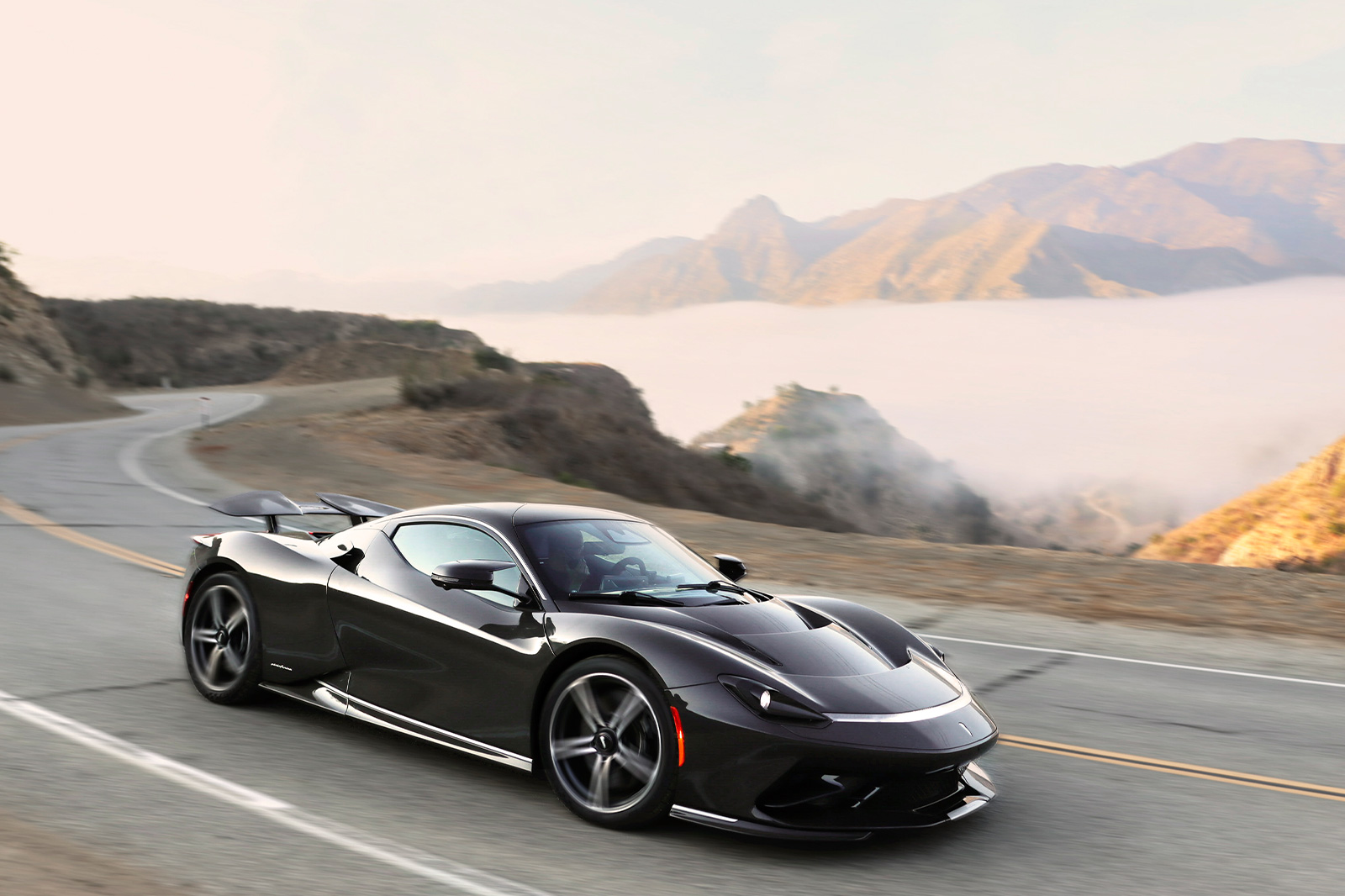 With a history spanning over 100 years Pininfarina has been producing quality, coachbuilt cars for as long as anyone in the game. And now they’ve turned their attention to pure electric hypercars in the form of the Automobili Pininfarina Battista, which has finally been displayed in its production ready state at Monterey Car Week after a long period of anticipation.

The vehicle uses four electric motors that, combined, produce over 1900 bhp. It’s a show of force that ensures that the future of hypercars is well secured as we head towards a pure electric world for transport. Not to mention that its exposed, black carbon fibre bodywork is as menacing as cool as anyone could hope. 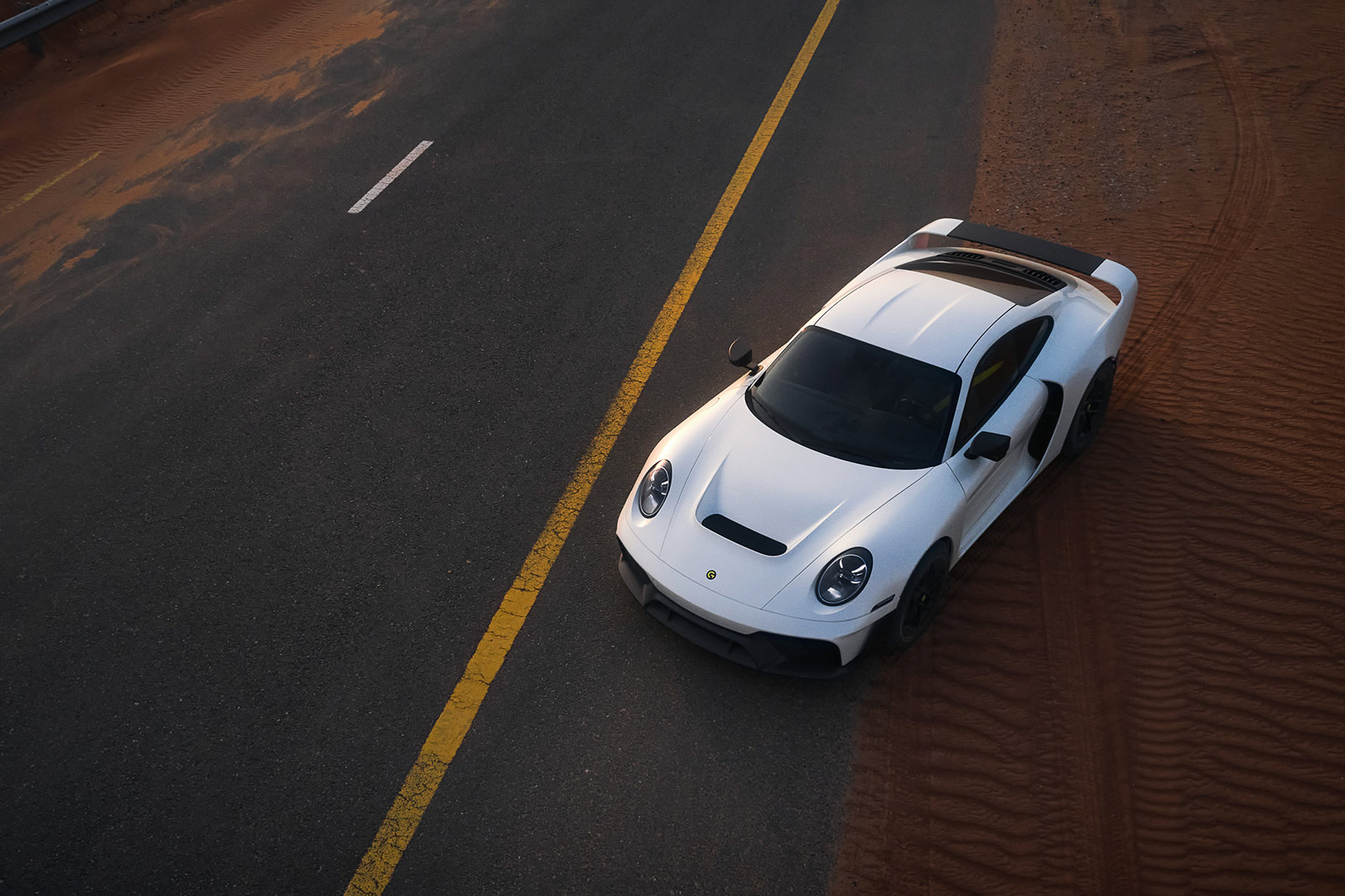 Also spotted on the Pebble Beach concept lawn is the new hybrid Marsien, the first car created by Marc Philipp Gemballa’s new company. Marc is the son of famous Porsche aficionado Uwe Gemballa, and so it’s no surprise that there is Porsche pedigree to be found throughout the Marsien, from a Carrera GT inspired centre console to an engine designed by RUF Automobile, the legendary Porsche specialists.

The Marsien is not a hybrid in the modern sense of the word as it’s fully petrol driven. Instead, it’s a hybrid supercar-off roader, with all the styling of a classic street racer and the wide stance and robust suspension of a Dakar rally competitor.

A 19-foot yacht of a car, the new Rolls-Royce Boat Tail is unsubtle luxury at its finest.