Home Watches The Evolution of the Rolex Sea-Dweller

Dive watches are cool. That much is clear, whether it’s for their inescapable links to 007 or simply that perfect balance of functionality and style. Now, with the rise of desk divers and yacht owners who only ever get wet when they spill a drink, it seems like the usefulness of these tools has eroded away. But that doesn’t mean the cool has.

One watch that has never lost its just-out-the-sea freshness is the Rolex Sea-Dweller, with its clear dial, a date at three and the ability to take it as deep as you dare. Thanks to this killer combination you would be hard-pressed to find a watch enthusiast who doesn’t have a Sea-Dweller on their wishlist. But how does a watch reach such dizzying heights —or depths —and achieve cult status among the watch community? 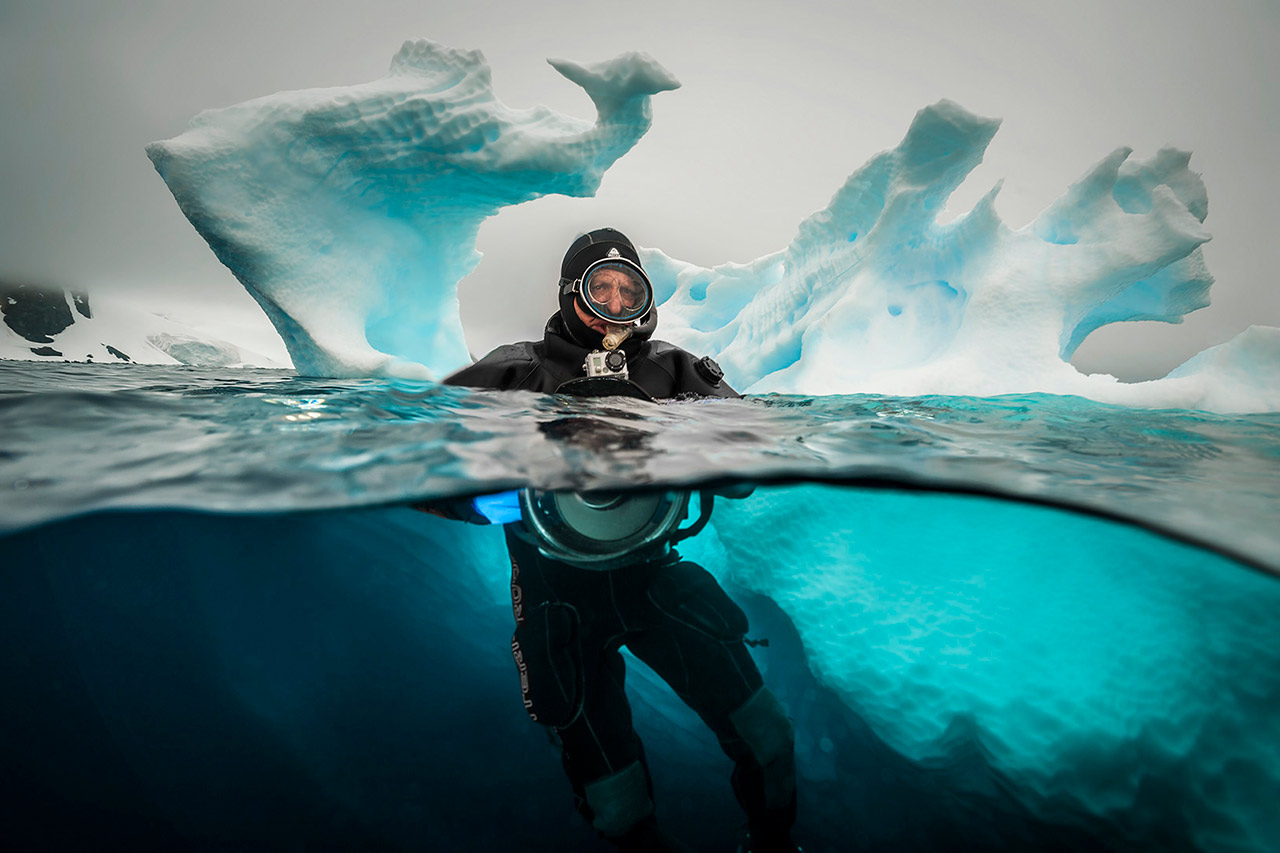 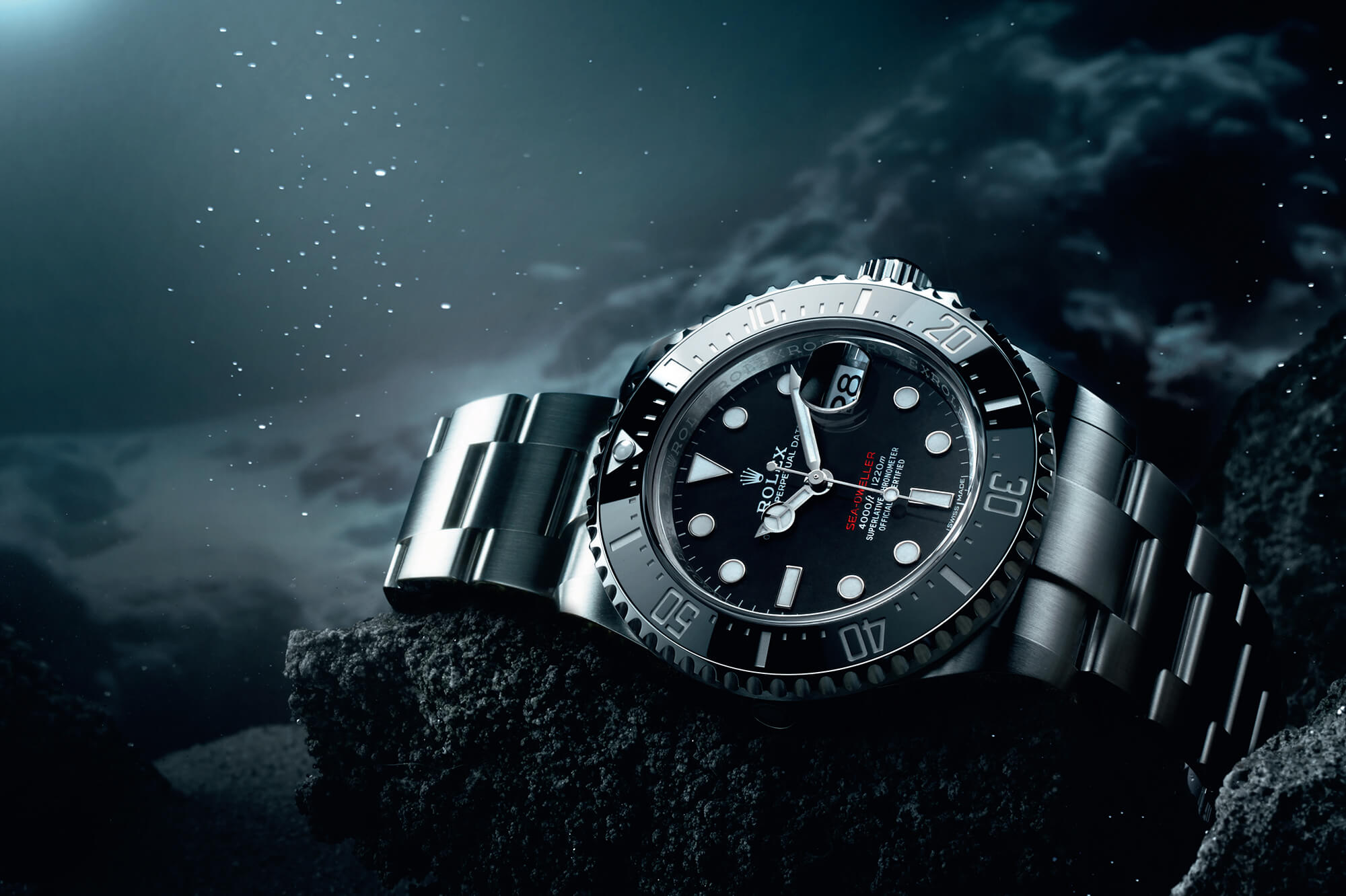 To start with, it helps to be a Rolex. It’s the most well-known watch brand in the world, and for good reason. Back in the early 1960s it was approached to build a timepiece tough enough to withstand the extreme conditions that saturation diving created.

Spending days, even weeks, at over 100 metres below the surface meant the diving watches that came before would need a serious update if these deep sea explorers were going to be able to tell the time. So to test the waters (pun intended), Rolex produced a new prototype watch that aficionados today know as the ‘Single Red’. It’s defined by just one line of red text on the dial reading SEA-DWELLER and beneath this the name of its older brother, the Submariner. A few of these had the all-important, and brand new, helium escape valve that kept the crystal from popping off when the divers decompressed, an invention that elevated the Sea- Dweller above its contemporaries.

There are varying accounts of just how many of these were made and given out (they were never available to purchase) but it is now thought there are about 12 remaining in the world and 11 of them have the original dials. The desirability of these originators is obvious seeing as last year one sold at Phillips for a staggering CHF 708,500.

What followed were the various versions of the ‘Double Red’, or ref. 1665, all equipped with that everso- important escape valve and two lines of bright red text on the dial. There were quite a few permutations of this reference, each of them coming with slight tweaks to the dial. Then a rather drastic change came in 1977 when all the red disappeared and we were given the ‘Great White’.

This, however, only stuck around for a year until in 1978 Rolex managed to double the depth rating to 4,000 feet by using a sapphire crystal and a larger escape valve. The ref. 16660 or ‘Triple Six’ was the biggest step forward in dive watches for a decade. The only way Rolex improved on this design was with a new movement, the calibre 3135 in 1988, which remained pretty much untouched and well-loved for the next 20 years. Unfortunately it was discontinued in 2008 when the Deepsea was introduced, with a larger case size, 44mm, and higher water resistance, 12,000 feet.

But the ever popular Sea-Dweller couldn’t be kept down and bobbed back to the surface of the Rolex catalogue in 2014 with the ref. 116600. This could again reach a depth of 4,000 feet but had Rolex’s hardy ceramic bezel and the ever-so-comfy glidelock bracelet. Aside from this it stayed true to the references that had come before it.

Not until 2018, on the model’s 50th anniversary did we see a deviation away from the norm. The case was expanded to 43mm and to the shock of some and praise of others a cyclops was added to watch’s crystal for the first time. Rolex had figured out how to include this iconic piece of glassware without compromising the depth rating. I personally love the move; what is a dive watch without a sense of functionality, anyway?

This year, despite the golden anniversary being in 2018, Rolex added a splash of their yellow Rolesor gold for the first time. Perhaps it’s a sign that they have accepted that these watches are no longer for the explorers of the world but for those slightly tipsy yacht owners who like a touch of gold on their wrist. It’s still a tool watch of course. More details at Rolex’s website. What’s Going on in the Luxury World – September 2020