The Ever Improving Watch Collection of David Beckham - Oracle Time 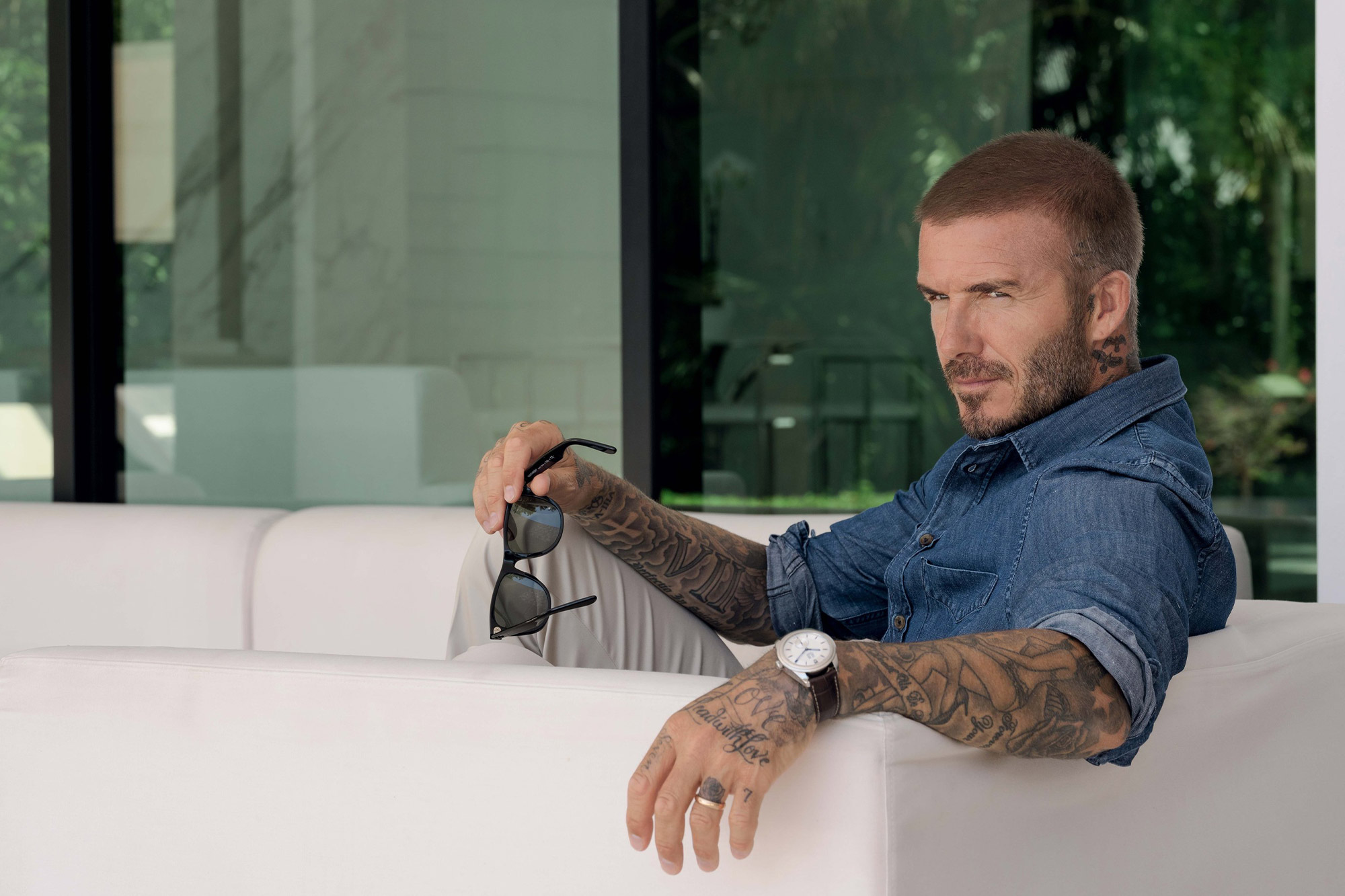 Over the years that he’s been a public figure, David Beckham’s style has changed drastically and frequently. From long hair and a bandana to a shaved head and tattoos, he’s always been on the leading edge of what’s popular and these are the watches that have supported him on his style journey.

The early part of Beckham’s career can be summed up with one brand: Jacob & Co. It’s a go to for rappers and popstars when it comes to wristcandy and it’s no surprise that Beckham caught the itch too, hanging out with the likes of the Spice Girls and his wife Victoria. The Global 3 and the Five Time Zone as well as pieces from the Epic collection have all found a place on his wrist over the years. They’re all super flashy with bold colours, jewels a plenty and a playful attitude that epitomise his early career when he was developing his skills and dead ball prowess. 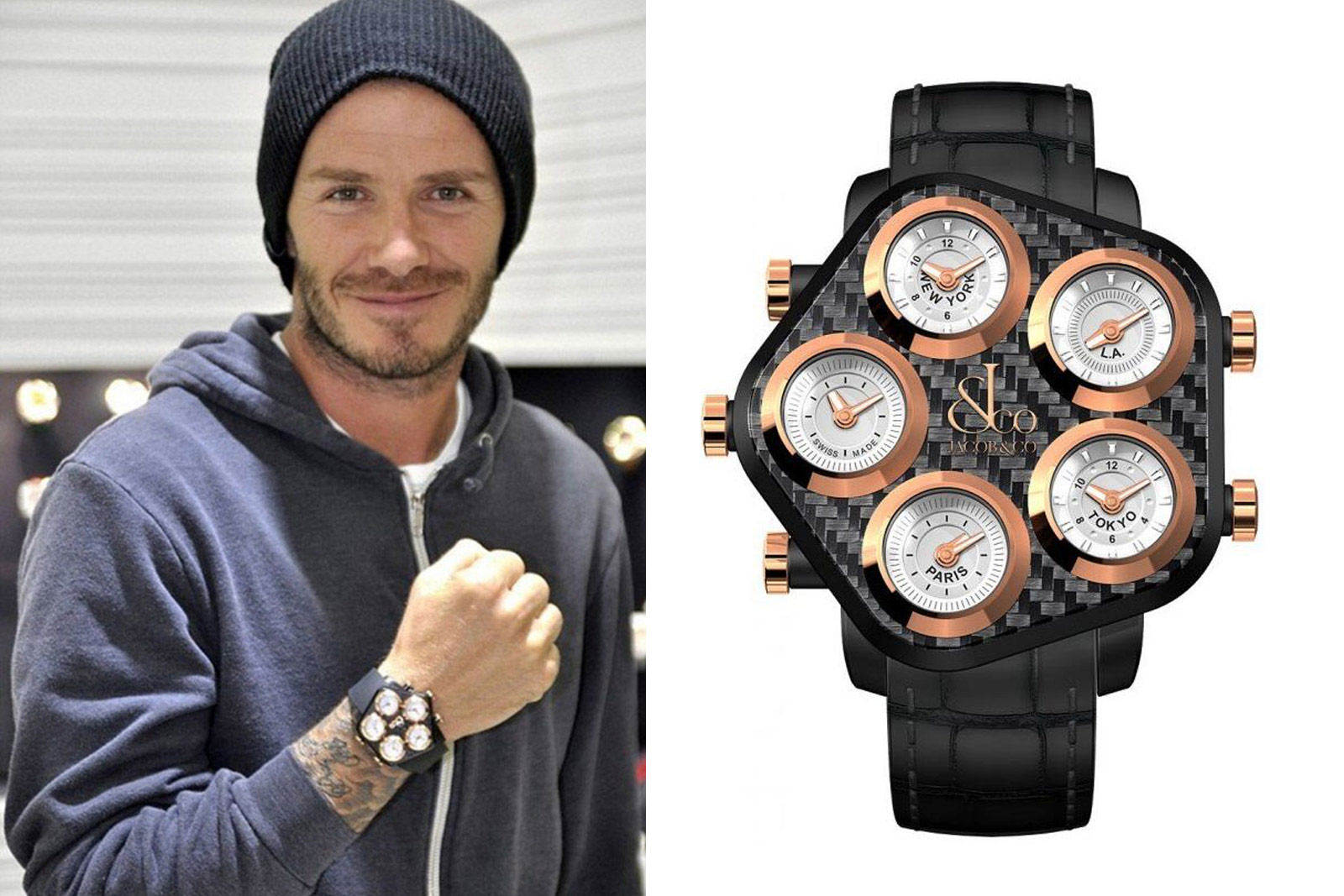 After years of being the pretty boy of football, Beckham’s style took its first major turn. He inked up, getting his now famous tattoos and becoming a bit of a rebel. His personal style was getting wilder, more ambitious and more roguish and his watch game was going the same way too. He had watches from several superstar brands but the one that dominated was Rolex. 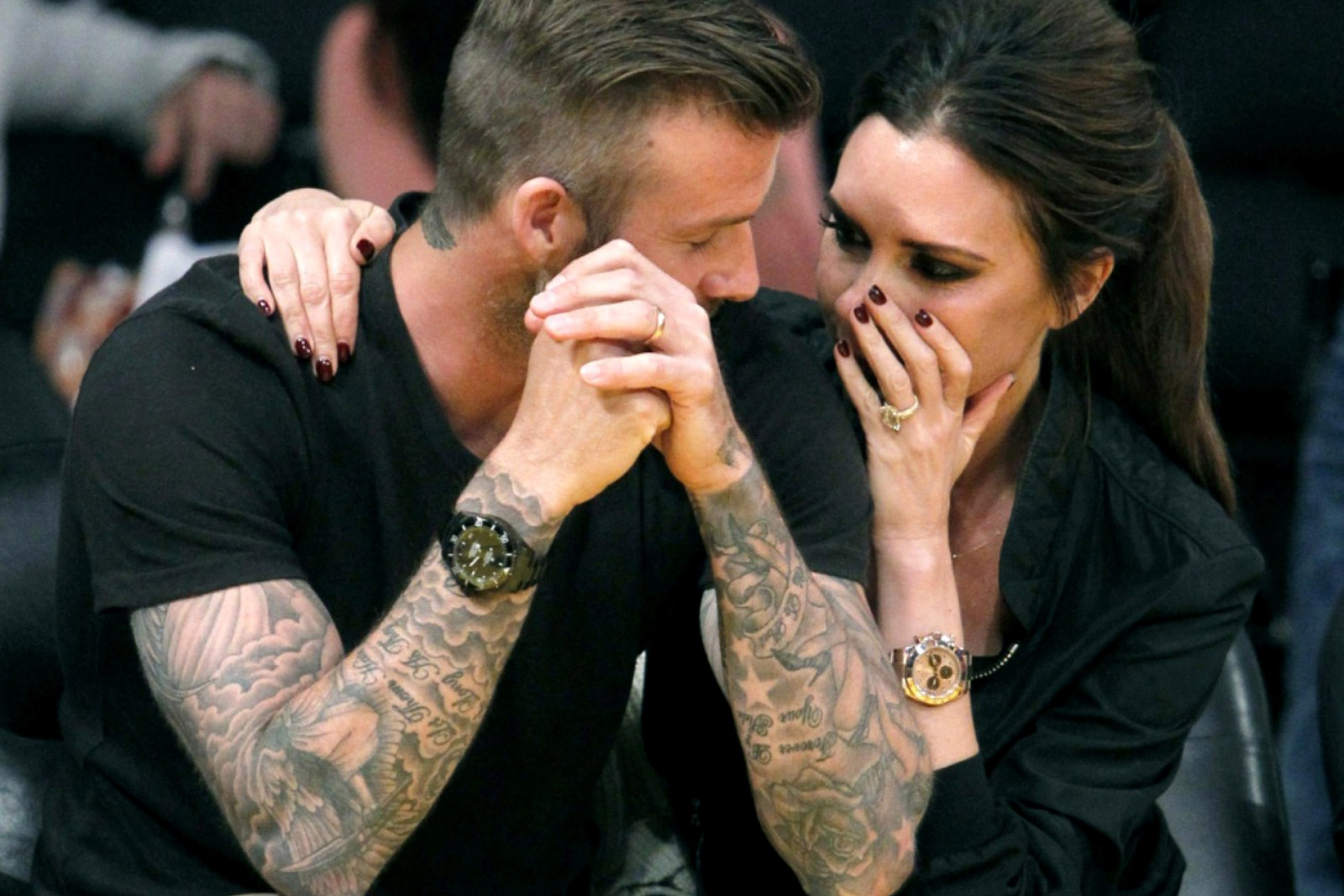 His most frequent companion was the Rolex Sea-Dweller Deepsea – an absolute monster of a diver with 12,800 foot water resistance, equivalent to a depth of 3900m. The extreme specs are upheld by the movement as well – the Rolex Manufacture 3235 has a 70-hour power-reserve and an accuracy of +2/-2 seconds per day. Not to mention that Beckham’s model has been customised by the Bamford Watch Department, transforming it into a seriously cool blacked-out stealth version in keeping with his tattoos. 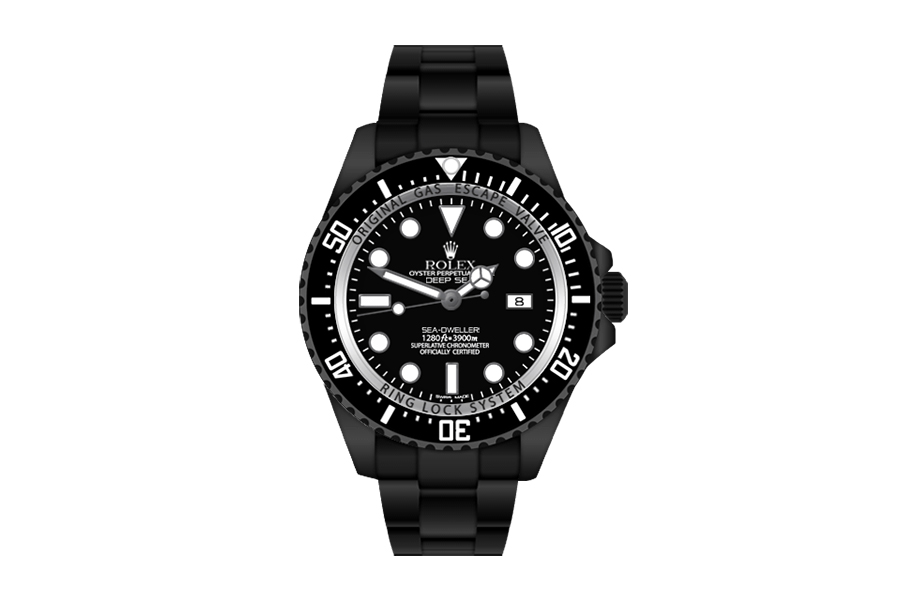 The recent years of Beckham’s life have been dominated by social responsibility: he is a UNICEF Goodwill Ambassador, an advocate for Malaria No More and runs his own foundations. It marks another change in his style: tailored suits and a seat in the royal box at Wimbledon – the epitome of charm and sophistication. 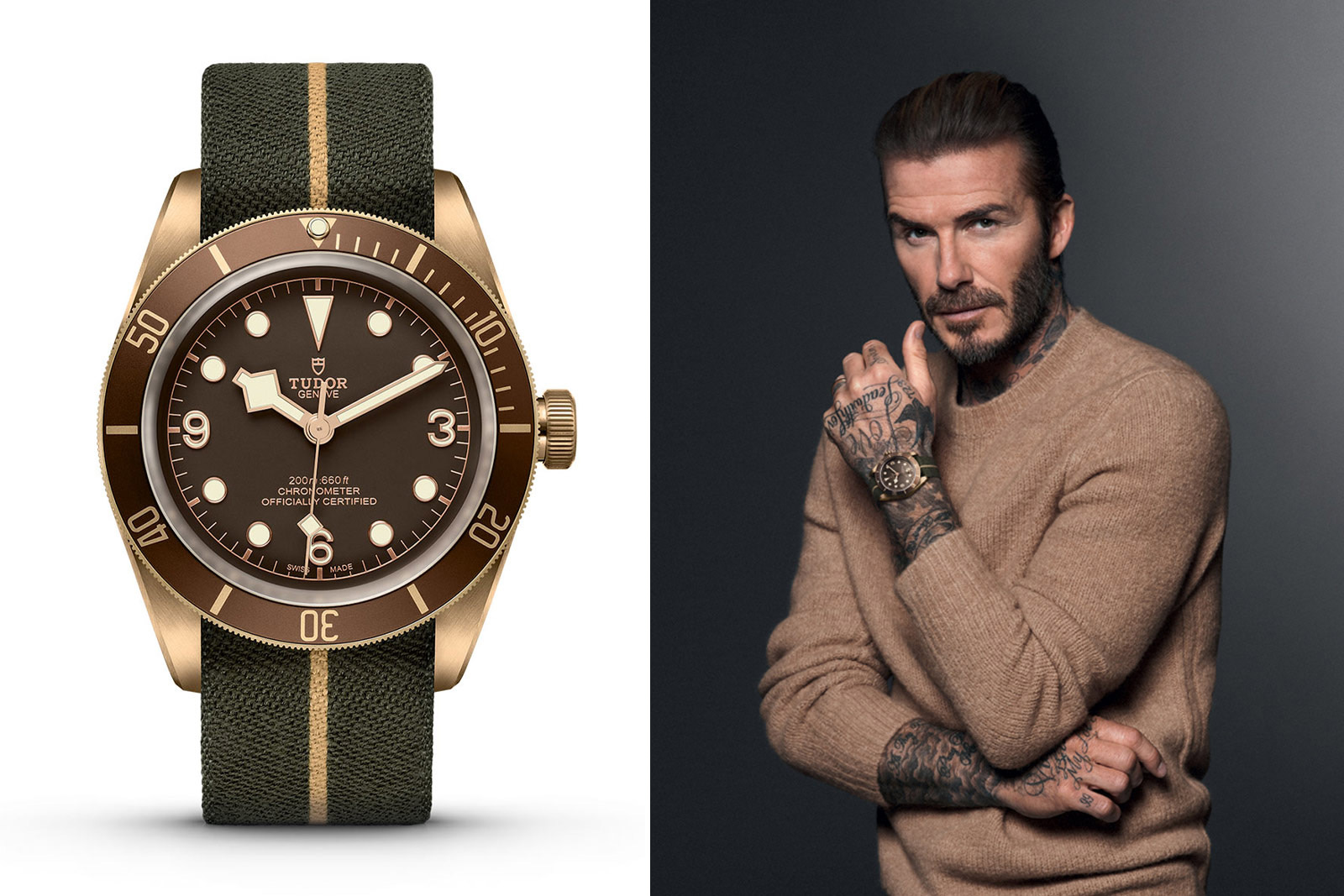 His statesman-like approach to life is also reflected in his wristwear, becoming a brand ambassador for Tudor in 2017. He is frequently seen wearing the Tudor Black Bay Bronze, a 43mm diameter diving chronometer with a bronze-coloured PVD treated case and a satin finish. It’s far more subtle than most of the watches we’ve looked at in his collection yet still fits his personality and personal preferences, it really is a pairing made in heaven.

Also in his collection is the Steel Tudor Heritage Chrono Blue, a cool 42mm diameter chrono that’s much more down to Earth. It’s a bit more conventionally sporty than the divers in his collection with a 45-minute totaliser at 9 o’clock, small seconds at 3 and a date function at 6. It has strong vintage credentials, inspired by emblematic Tudor chronos of the early 1970s. However, the overall look of it is perhaps a little too busy for some people’s taste, although Beckham pulls it off really well.

Spotted on his wrist more recently is the new Black Bay Chrono released at Watches and Wonders last month. The high contrast, reverse panda dial is unequivocally cool, especially paired with David’s plain white tee, as seen on his Instagram. The Black Bay Chrono is absolutely the perfect watch for him, it combines his love for divers with a sportier, chronograph edge that suits his sporting personality. Not to mention the stainless steel case matches the flecks of steel that are starting to appear in his hair.

Last year he celebrated his 45th birthday and promotion into a fully-fledged silver fox isn’t far off, but it’s a change that suits him, just like his role as a spokesperson for social justice. Sure we all remember the crazy styles of his youth and his notorious appearance in the Pepsi commercial, however, it finally feels like Beckham is someone to take seriously and nothing shows that better than his ever improving watch collection.