Previously in the Euros: Semi-Finals 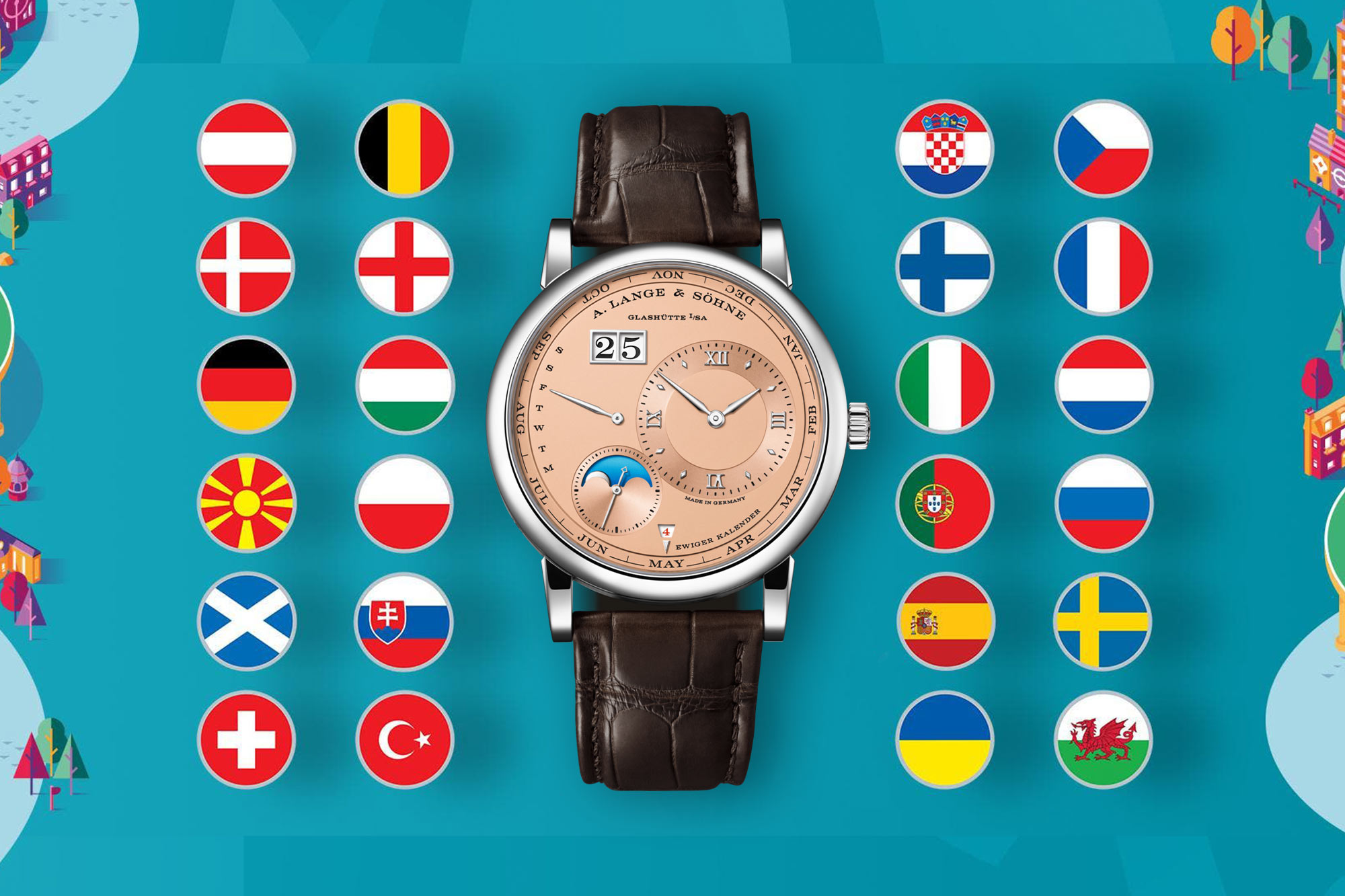 It’s finally here, the moment all our hopeful teams have been waiting for, the grand final that will determine which European watchmaking brand has bragging rights for the next four years. It’s been a tough (albeit imaginary) competition and if you want to catch up with what’s been going on you can do so here: Competitors, Round of 16, Quarter-Finals, Semi-Finals.

Our favourite moment of the championship has to go to Belgium’s Ressence unseating Rolex in the quarter-finals but honourable shout-outs have to go to Portugal’s Meia Lua and Austria’s Carl Suchy & Söhne who were eliminated too soon from the competition by unfavourable match-ups. We won’t dwell on England’s early exit for too long but hopefully our actual football team can perform better in the game later today.

However, in our Watchmaking Championship it’s Britain’s two footballing mortal enemies that have reached the final. Germany and France. They’ve each seen off three other timepieces for the honour of going head-to-head and it all comes down to this. Taking to the pitch, the national anthems play and it’s time for kick off. 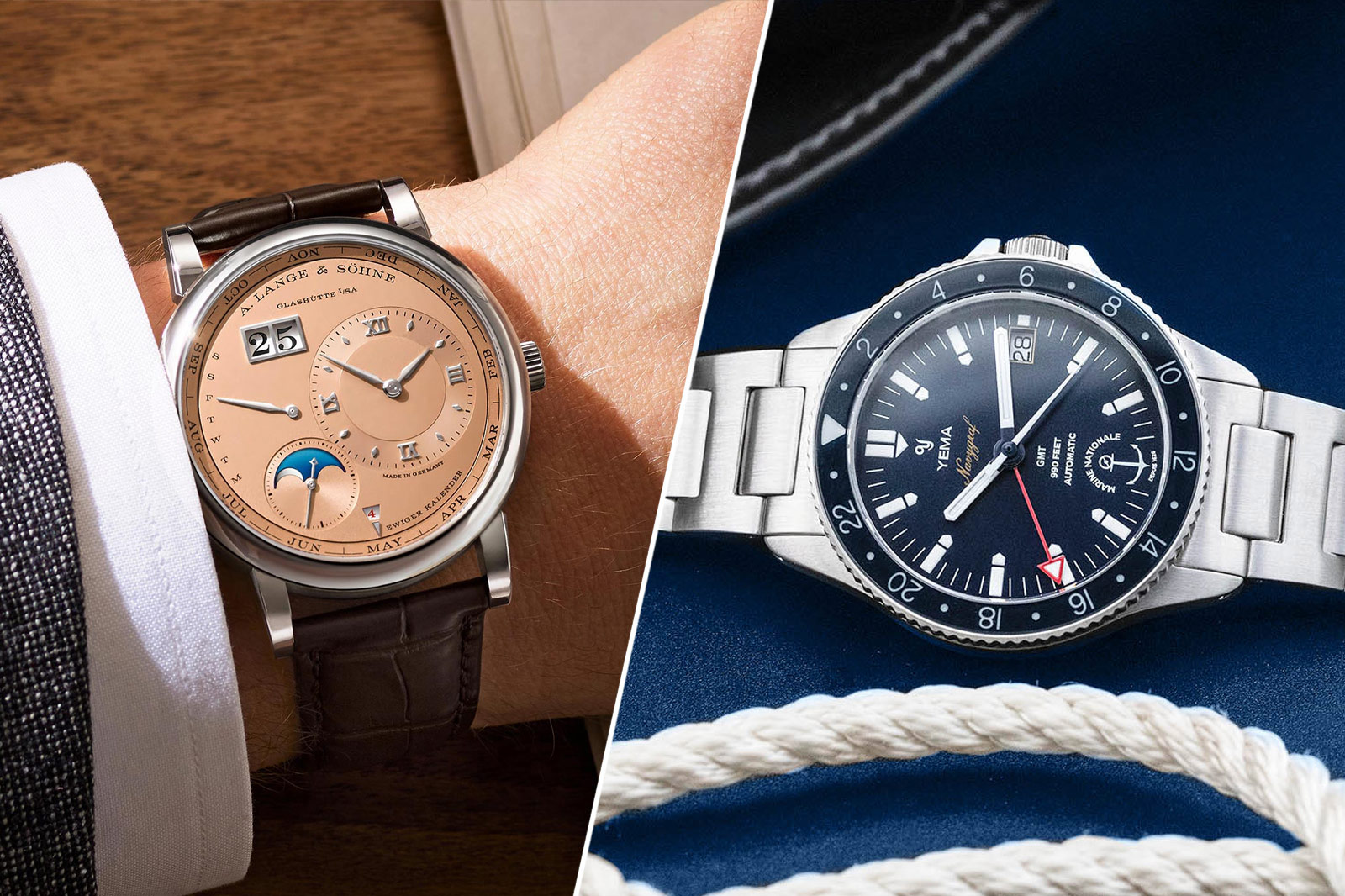 The game starts with the Lange 1 winning possession of the ball and it’s a strong look. The Lange has a poised style with its 42mm diameter pink gold case giving it excellent control, allowing it to skim around the Navygraf’s equally well-sized 39mm brushed stainless steel. The Germans even find time to demonstrate a few extra skills, styling on the French with their silver dial impressing more than the matt blue of the navy. The first opportunity for A. Lange & Söhne is effortlessly converted.

Turning to old faithful tactics, Yema try to rely on their GMT hand and 24-hour scale bezel to give them a change in strategy but the Lange 1 is ready for it. After all, the perpetual calendar function won’t need adjusting for decades, giving the German side almost prescient knowledge of the game. Resulting in a quick turn over and a quick second point on the board.

Desperate for any reprieve from the onslaught, France calls for a substitution, becoming the first team in the competition to ask for a change of strap. Swapping from a stainless steel bracelet they re-enter the field with a Marine Nationale parachute strap designed by the military with a single pass system and branded buckle. The lightweight material gives the Navygraf a new burst of momentum letting them keep up with the German’s alligator leather strap.

However, while the game becomes much closer, the French side are unable to make a notable impact on the Lange 1. Ironically in watchmaking competition, the Germans just have to run down the clock and with their perpetual calendar outclassing Yema’s new in-house calibre that’s no problem for them. At the end of play the result stands at 2-0 and it wasn’t nearly as close as the semis.

And there you have it, Germany and the Lange 1 Perpetual Calendar are our champions of European watchmaking. We hope you’ve enjoyed this series, it’s just been a little bit of fun to go alongside the football and we’ve enjoyed creating it immensely.

We’d love to know who you think should have won and which watches you’d like to see compete in the future if we run a similar competition – to join the discussion head over to our Instagram.