With only a week left until everyone with a calendar watch tips over to January to complete another cycle, let’s take a look back at some of the biggest watch moments of 2021. We’re talking the biggest trends, new releases, events and the biggest horological news. 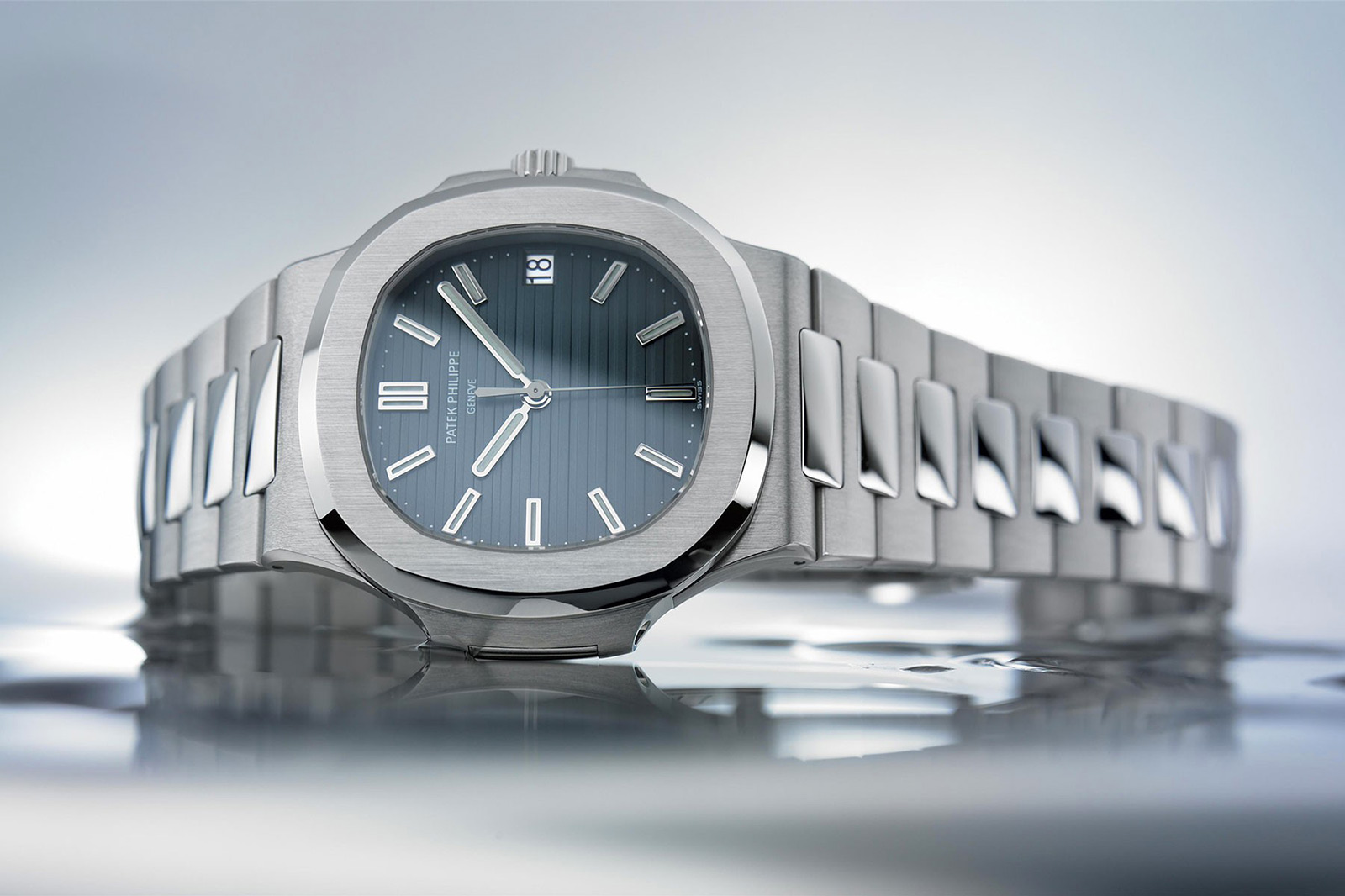 Right at the start of the year we were all stunned to learn that Patek Phillipe would be discontinuing the iconic Nautilus Ref. 5711, which has dominated wish lists since it first appeared in 2005. When you hear about titanically long wait lists for new timepieces, this is the watch everyone is talking about. You could not get your hands on one for love nor money. And if you do brave second-hand markets to find one, its price will be inflated beyond all reasonability. 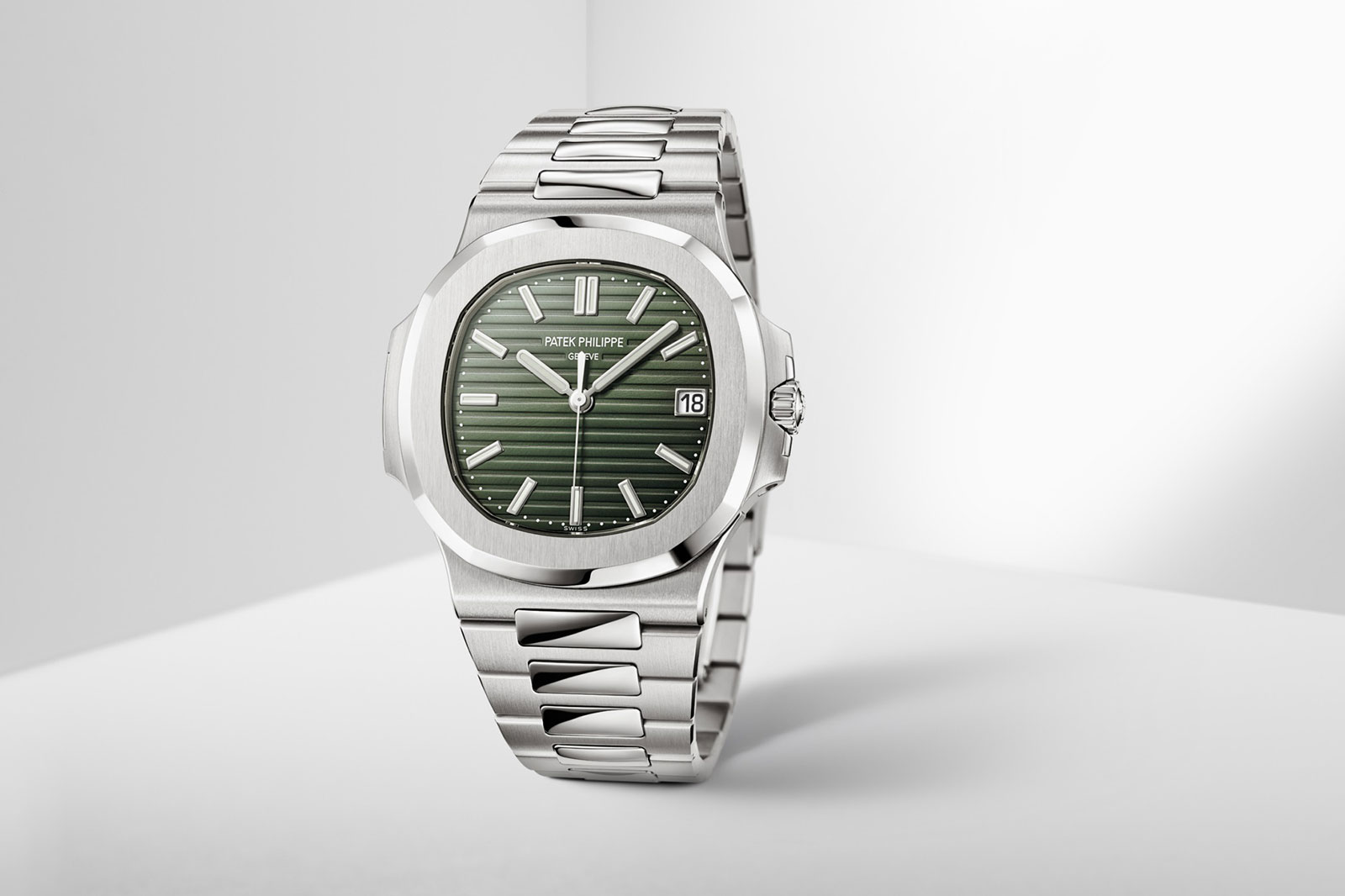 It seems like absolute madness to discontinue your most popular model but then Patek aren’t a brand happy to rest on the laurels. They want to push innovation further and do more with their watches than simply be slave to their own popularity. It might be a crazy business decision, but creatively you can appreciate it. The final swan song of the Ref. 5711 was to be the Nautilus 5711/1A Green, an olive toned farewell to a legend never to be new again.

Watchmaking Takes a Trip to The Emerald City 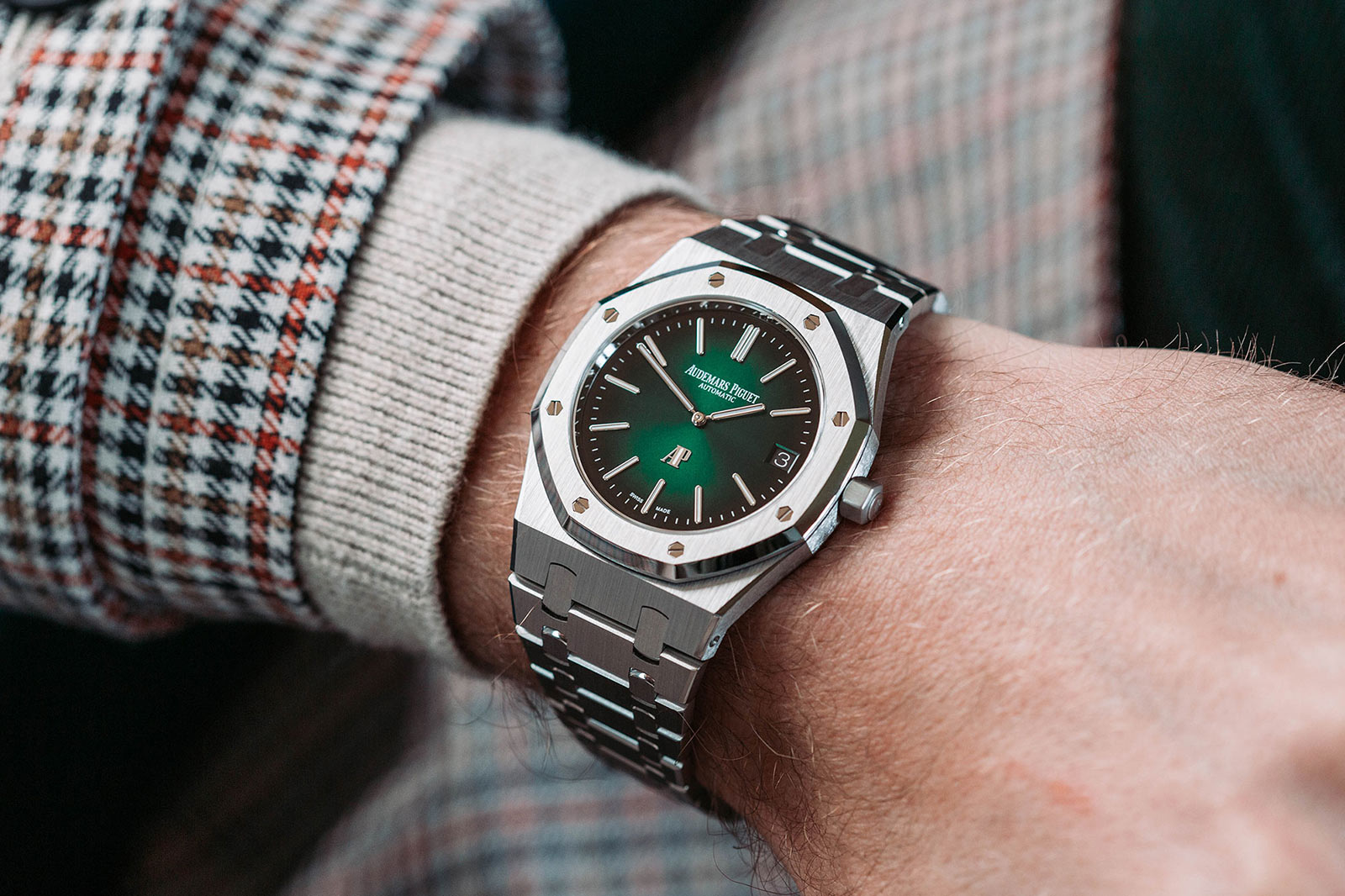 No, we don’t mean that Switzerland suddenly got uprooted in a hurricane and tossed to Oz, we’re talking about the sheer dominance of green dials in 2021. From verdant forest greens to brilliant emeralds to drab olives and khakis, green has been in the ascendancy when it comes to the colour we’ve been adoring. Let’s list just a few examples. 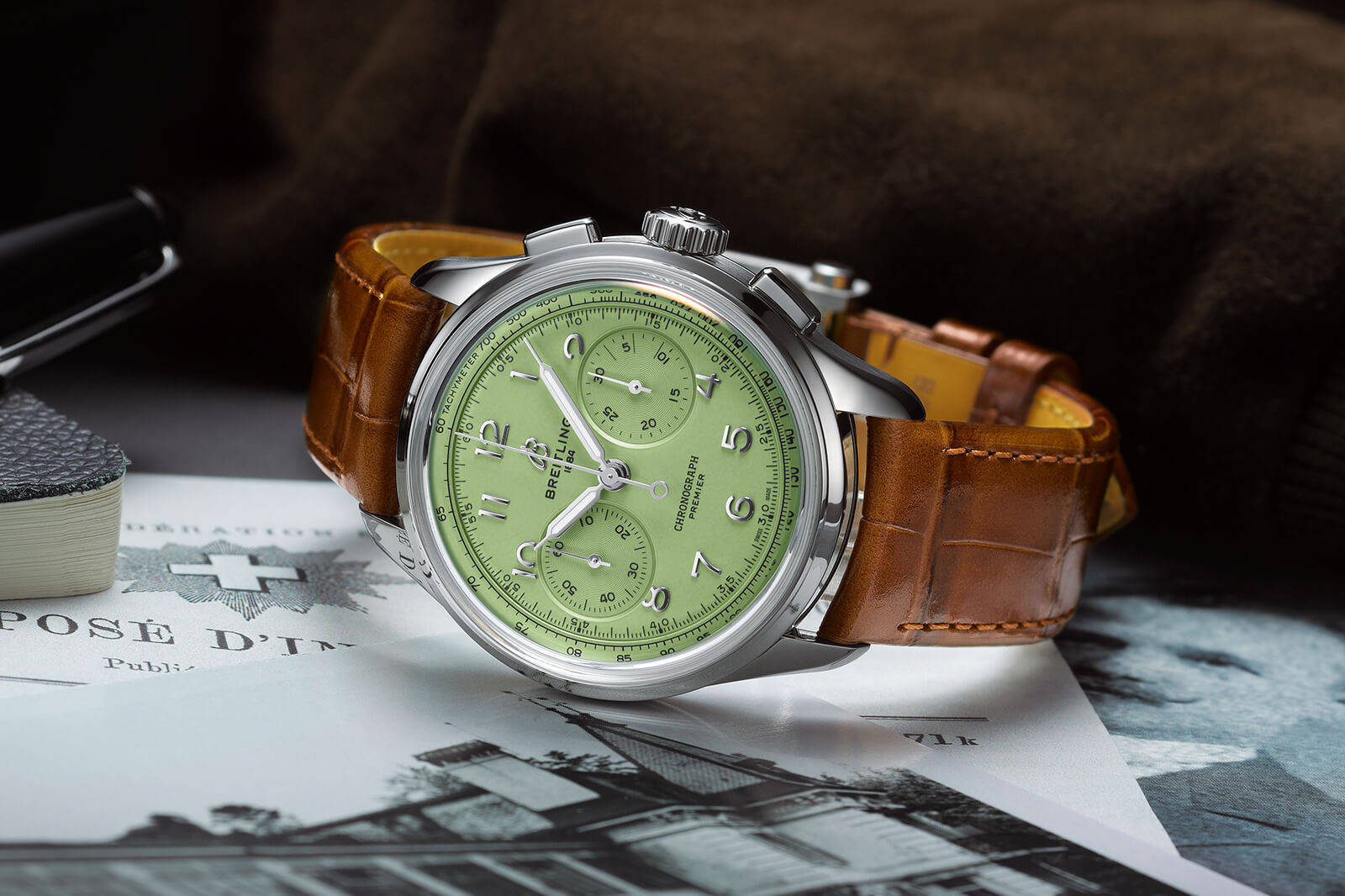 The aforementioned Patek Philippe Nautilus Ref. 5711/1A, the Audemars Piguet ‘Jumbo’ Extra Thin (check out our video review here), the Glashütte Original Funky Green Sixties Chronograph, the Rolex Datejust ‘Palm’, the Breitling Premier Heritage B09 Chronograph and the Tudor Black Bay Fifty-Eight 18k. Plus don’t forget the host of green colourways from the likes of Grand Seiko, Tag Heuer, Oris, Bell & Ross and virtually everyone else. 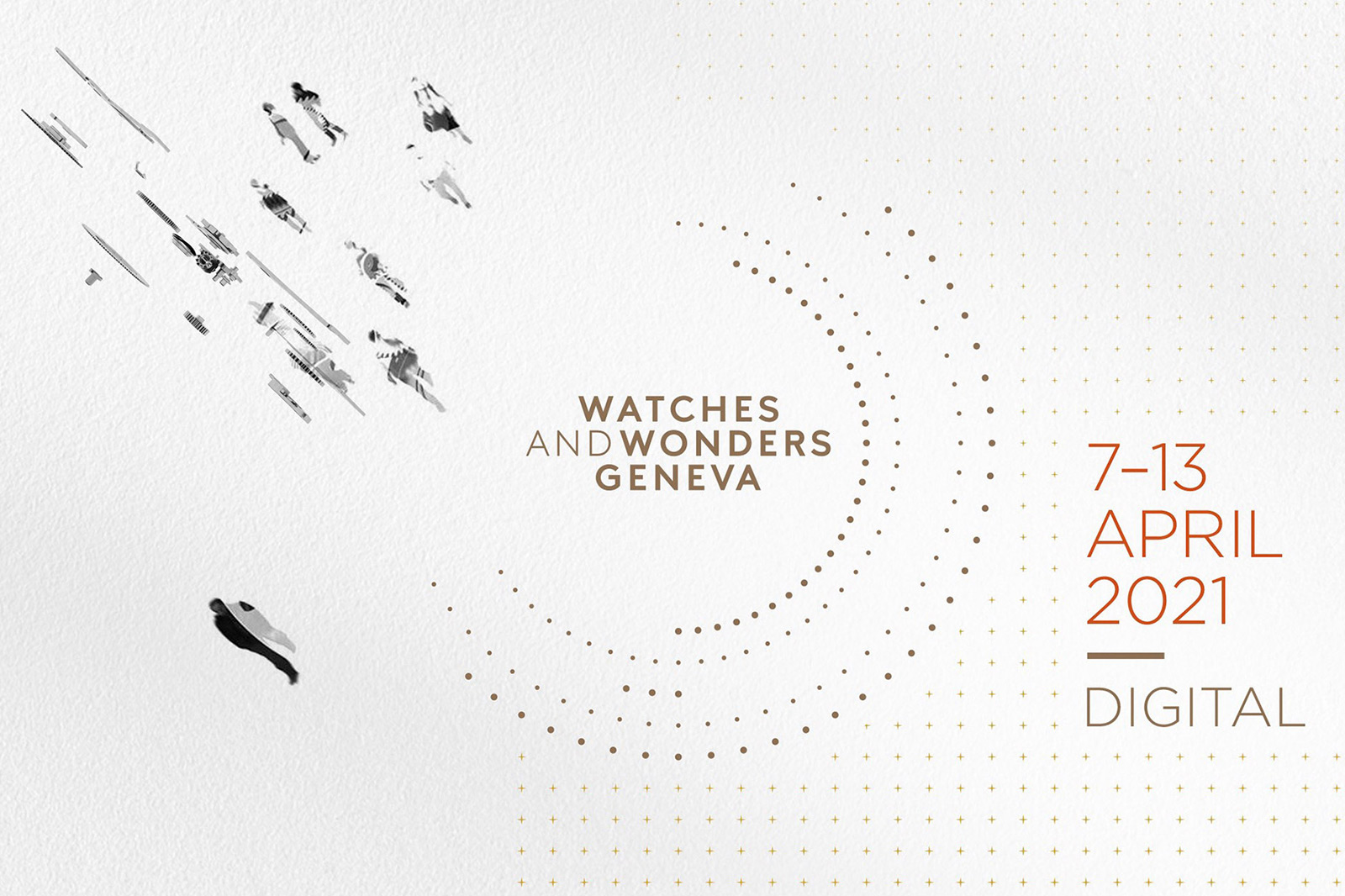 In April the watch world gathered online to witness Watches & Wonders 2021 in all its digital glory as a physical show was impossible due to the pandemic. Release after astonishing release was announced and many of them have become iconic in their own right less than a year after their launch. The Tudor Black Bay Fifty-Eight 925 in its silver and taupe glory is awesome, as are the beautifully Art Deco Cartier Louis Cartier Tanks. 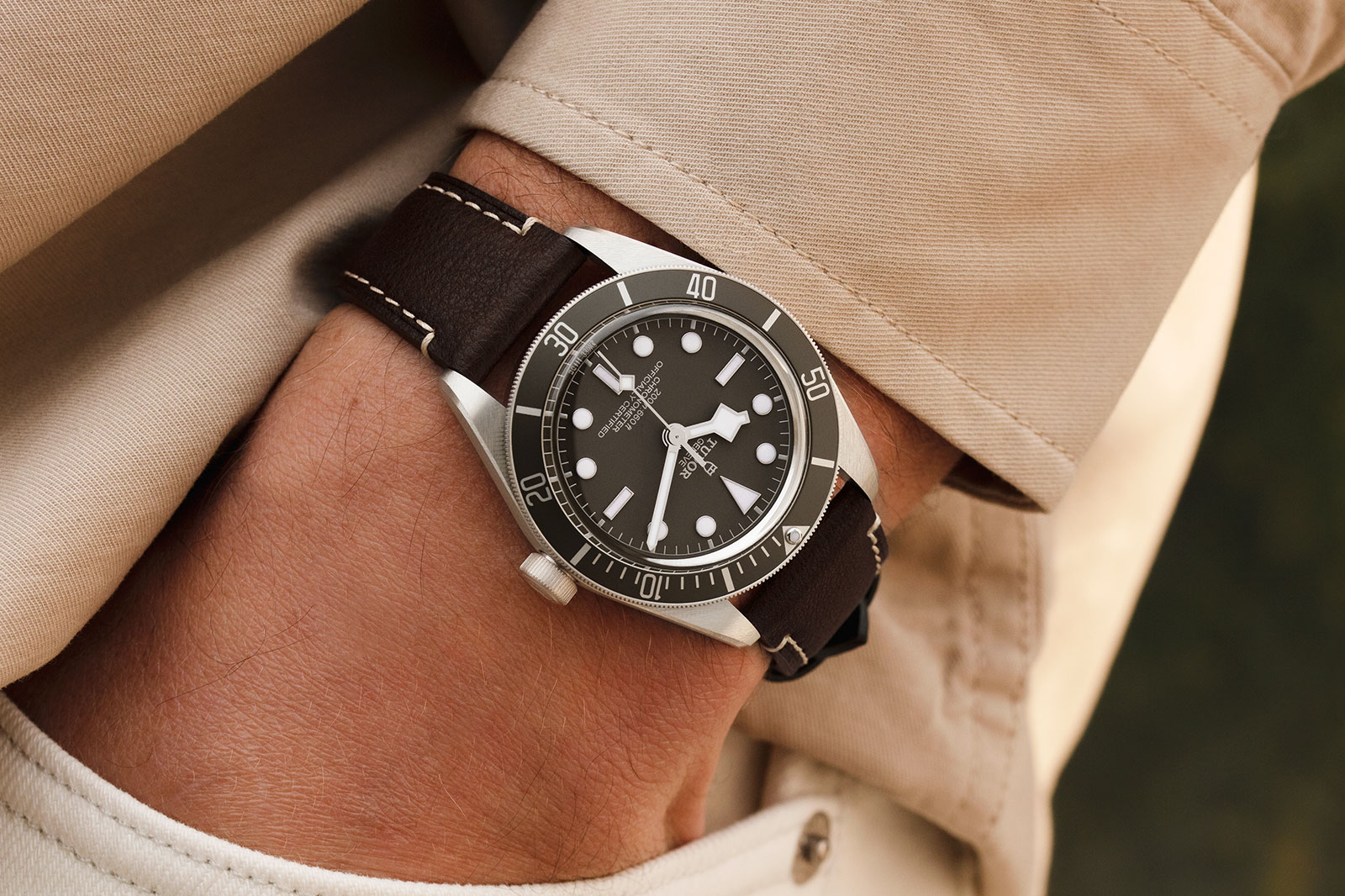 In fact, some of the watches were so well received that they are now at the head of entire new collections. The IWC Big Pilot 43’s new, slimmer profile was exactly what many collectors wanted and the line was recently expanded with a duo of Spitfire editions in titanium and bronze. It was a great event but we look forward to the return of a physical show next year.

Buying A Rolex Became Even Harder 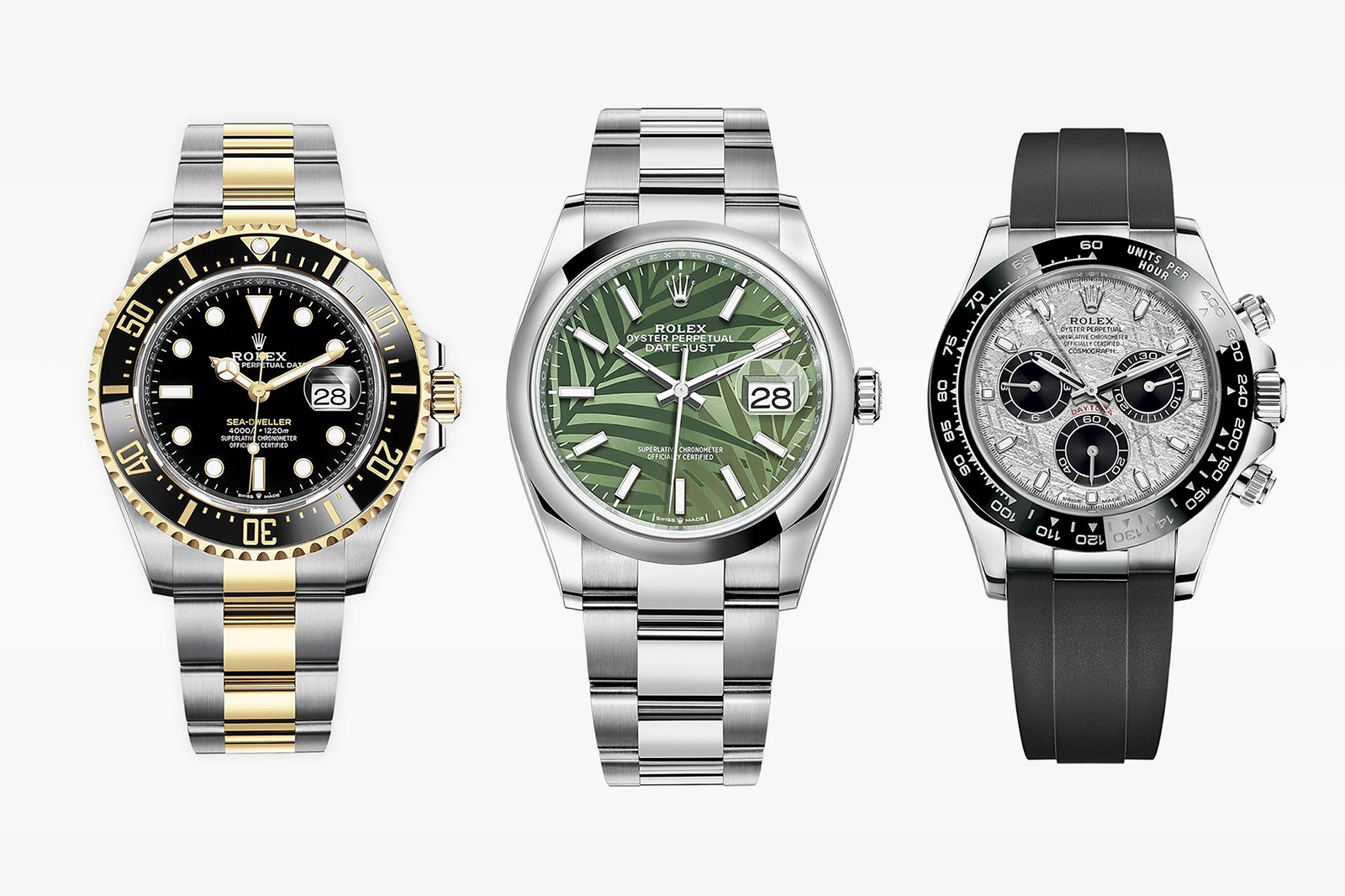 Supply and demand have been an issue this year in many industries with one of the biggest watch brands affected being Rolex. Demand has gone up as collectors had little else to spend their lockdown-earned cash on, but supply has not. Rolex addressed the supply issues in a statement earlier this year in a rare move from the brand: “Our current production cannot meet the existing demand in an exhaustive way, at least not without reducing the quality of our watches – something we refuse to do as the quality of our products must never be compromised.” Unfortunately, that doesn’t change the fact it’s been practically impossible to get your hands on one. 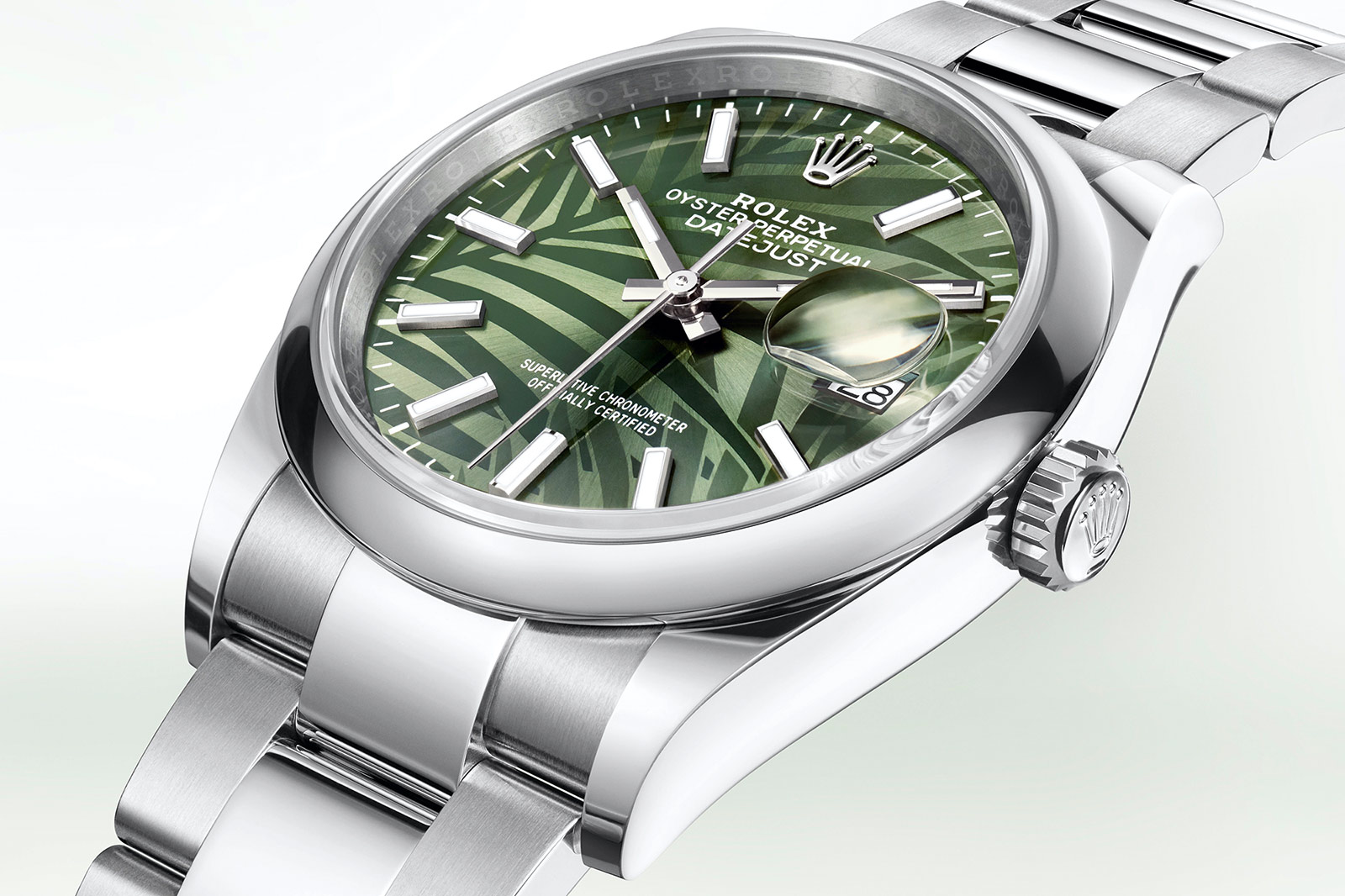 Wait lists are longer than ever and the grey market is rife with unworn second-hand Rolexes from 2021 going for double or even triple their recommended retail price. Watchfinder & Co. has a Datejust Palm Motif listed at £13,450, twice as much as its £6,800 RRP. Supply just isn’t meeting demand. Here’s hoping Rolex can change things in 2022 with both more exciting releases and more watches on the wrists of customers. 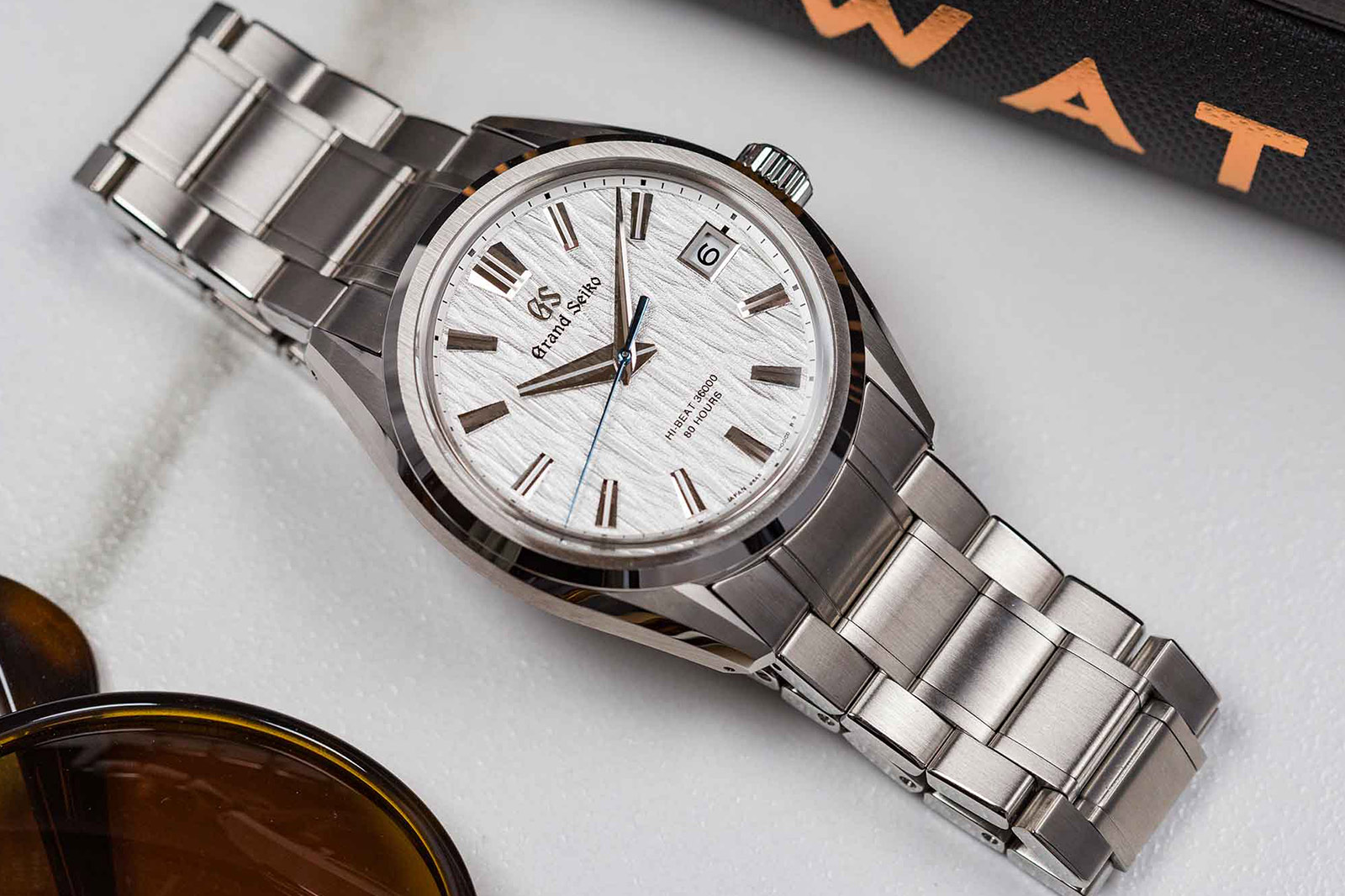 Flipping back to a success story, two brands that have had a storming 2021 are Seiko and Grand Seiko who have both been celebrating the 140th anniversary of the Seiko name. Leading the charge for them, it’s of course impossible not to mention the GPHG Men’s Watch category winning Grand Seiko “Shirakaba” SLGH005 Hi-Beat 36000 80 Hours Calibre 9SA5, known as the Birch Forest or White Birch. 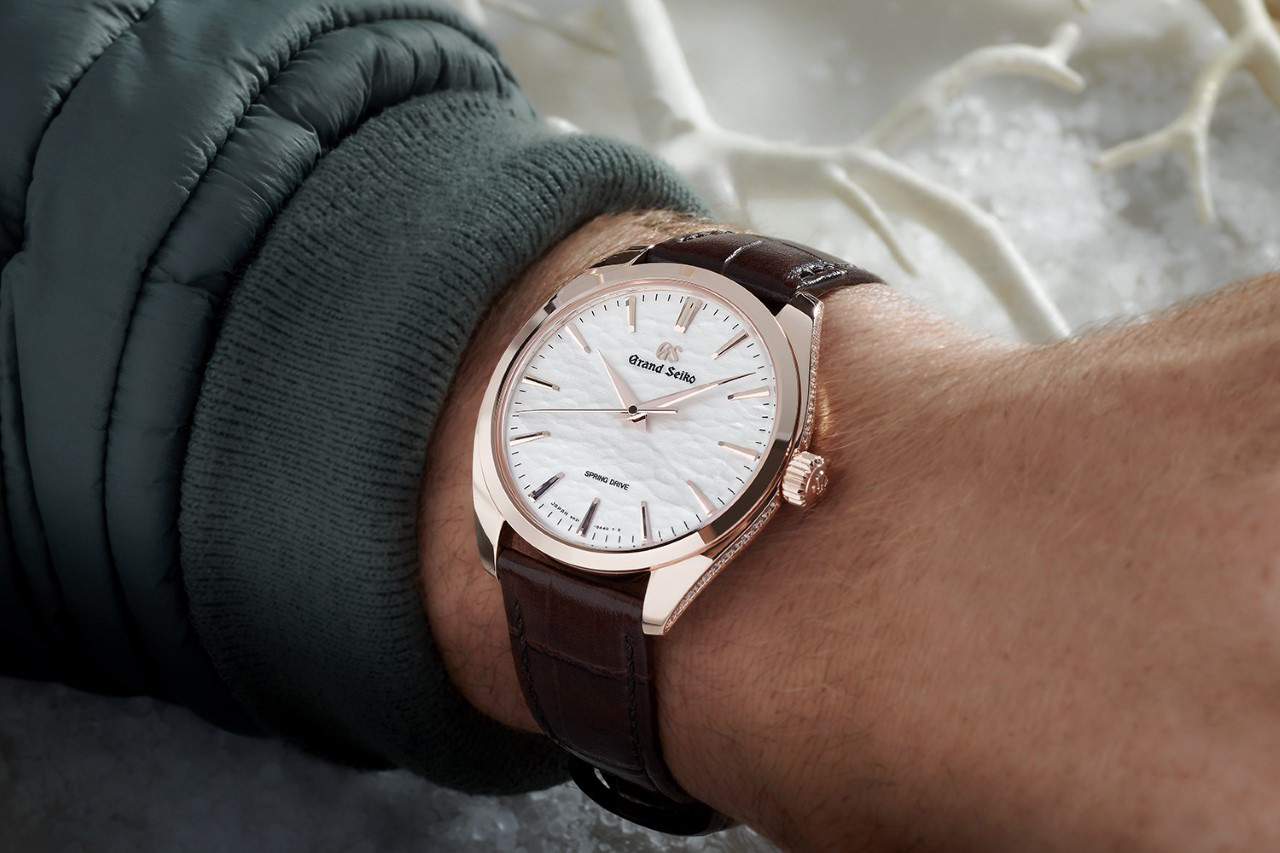 On the Grand Seiko front, the White Birch was joined by amazing watches like the Lake Suwa, Sky Full of Stars, Shizuri-Yuki and Spring Drive Chronograph GMT 140th Anniversary Edition. Meanwhile Seiko have also been releasing celebratory watches at a more accessible level such as the Prospex and Presage Ginza Editions. 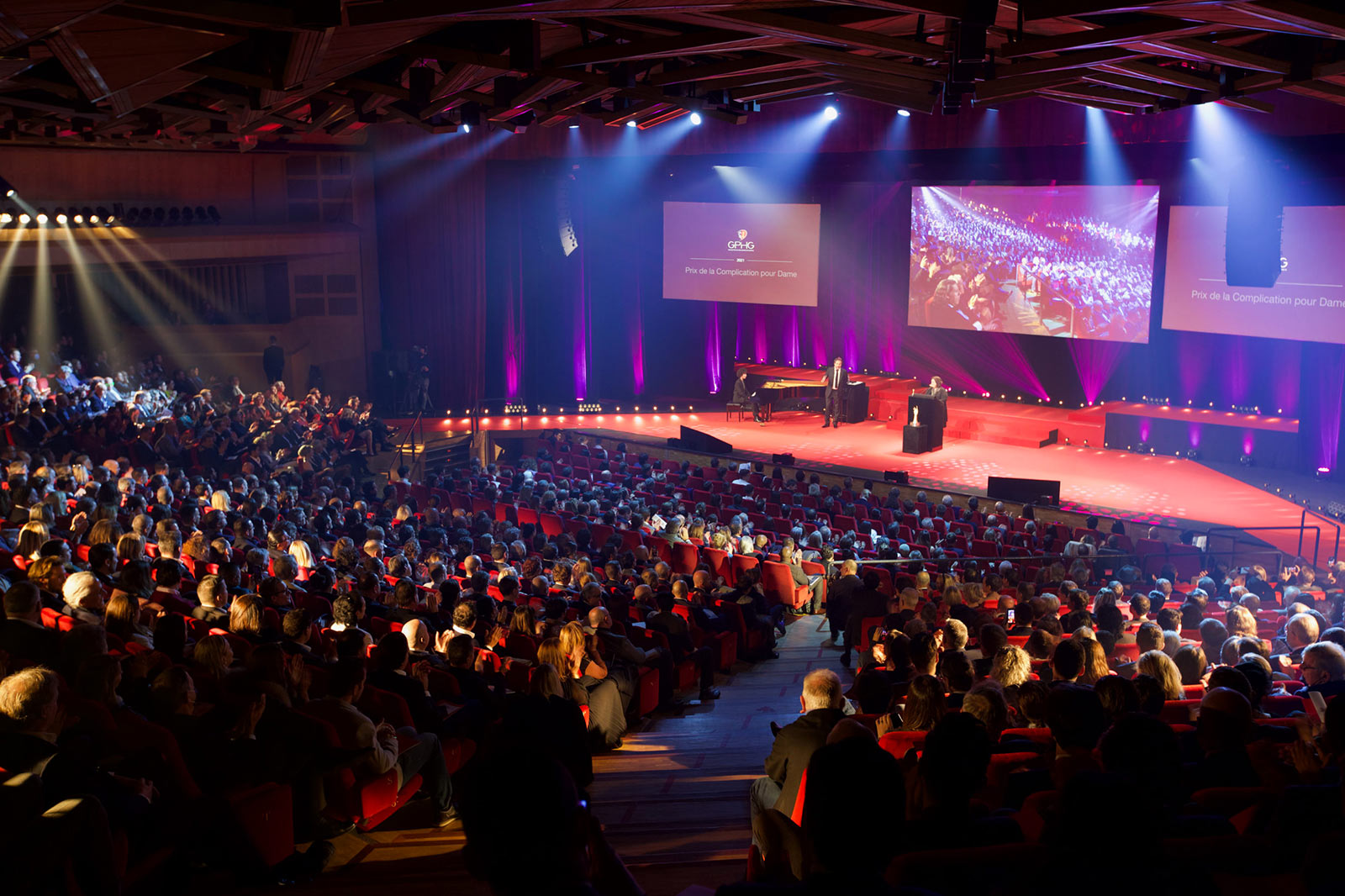 For the most part, this year’s GPHG results went more or less as expected. Grand Seiko were rewarded for their amazing dials, Bulgari’s world record watch took the top prize and Tudor were praised for their step up to master chronometer certification. But… then they decided to give an award to the Furlan Marri Mr. Grey Ref. 1041-A, a mecha-quartz watch. 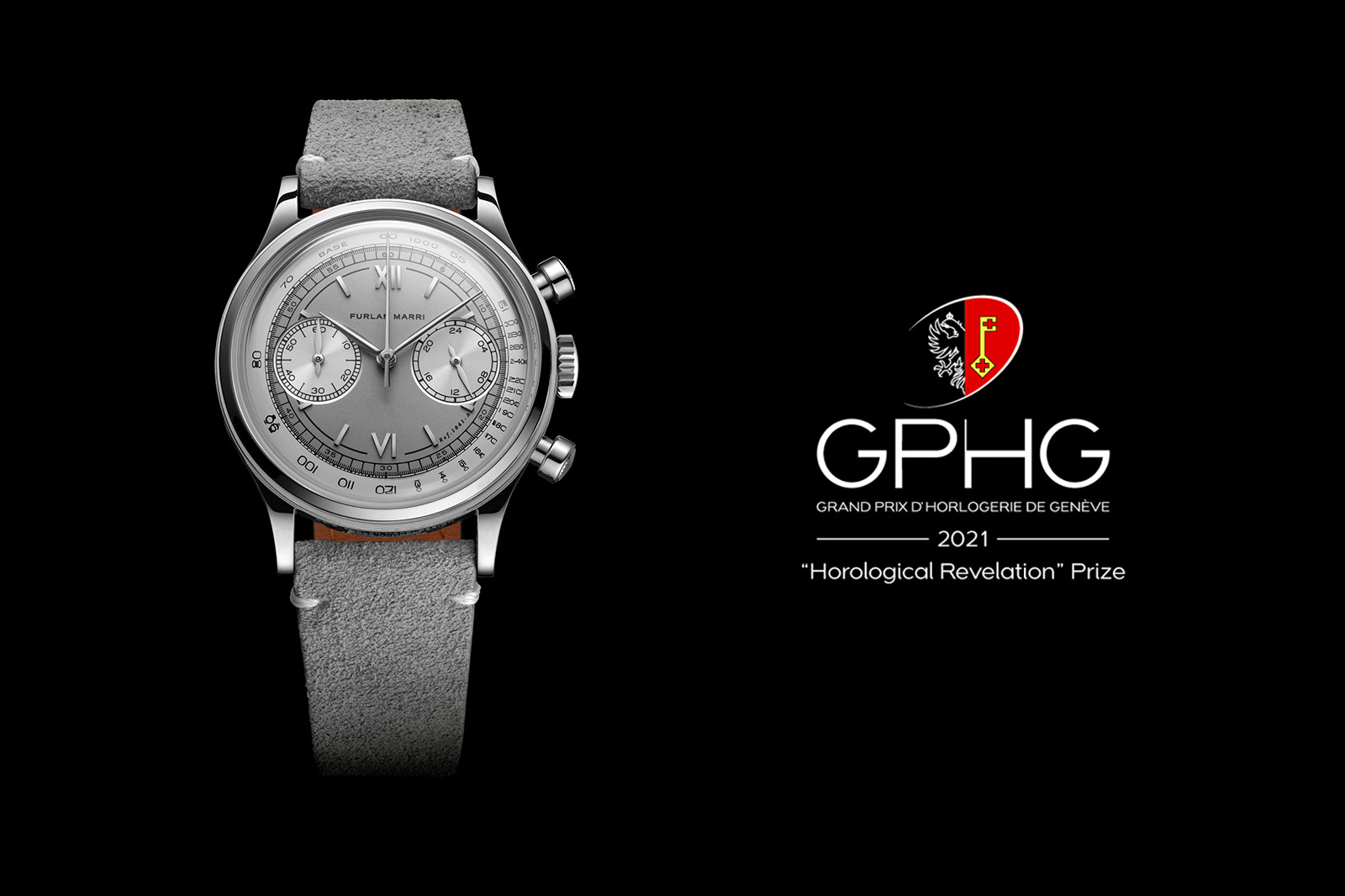 Sure it’s nice to see microbrands like Furlan Marri get the recognition they deserve but it’s still a punch in the gut for a prize designed to celebrate the pinnacle of horology to go to a battery powered watch. There are simply more appropriate ways to celebrate microbrands, for example…

A Microbrand Made It into Only Watch 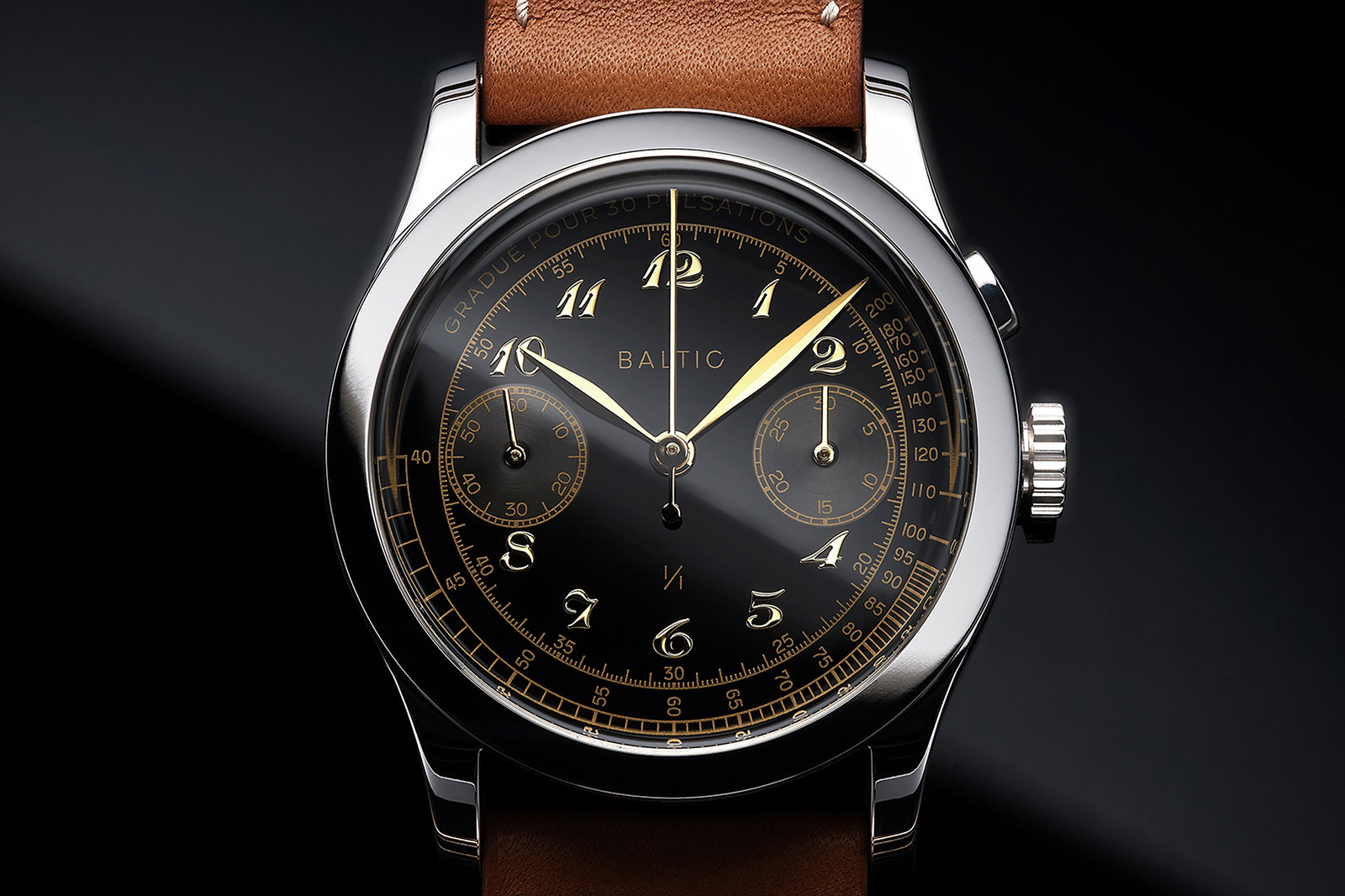 Microbrand Baltic have made leaps and bounds in 2021. They officially entered the big leagues when they created a 1-of-1 watch for the prestigious Only Watch charity auction. This put them shoulder to shoulder with names like Patek Philippe, Audemars Piguet, Richard Mille and more. The watch, a monopusher chronograph with pulsometer raised an impressive CHF 50,000 for charity, which is substantial considering a regular Baltic is less than £1,000.

Following this amazing showing, the popularity of Baltic has gone through the roof and you’re going to struggle to get your hands on their latest offerings.

The Rise of Independent Watchmakers 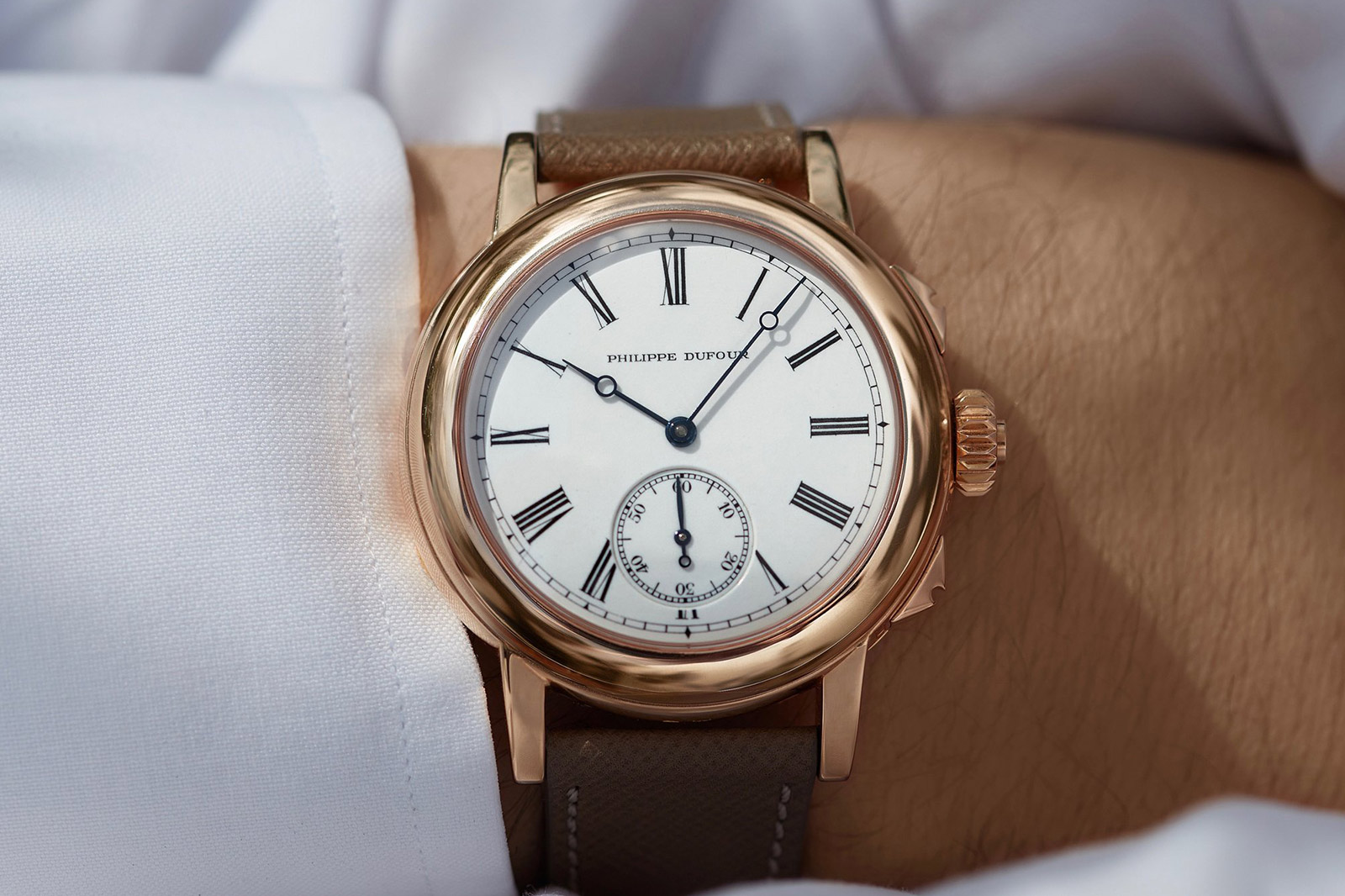 However, all the horological goodness of 2021 wasn’t limited to just the household names and the microbrands, with high-end independents like F. P. Journe, Philippe Dufour, Daniel Roth and Kari Voutilainen also seeing a surge in popularity and price. For example, a Philippe Dufour Grande et Petite Sonnerie sold for a record breaking $7.63 million at A Collected Man. 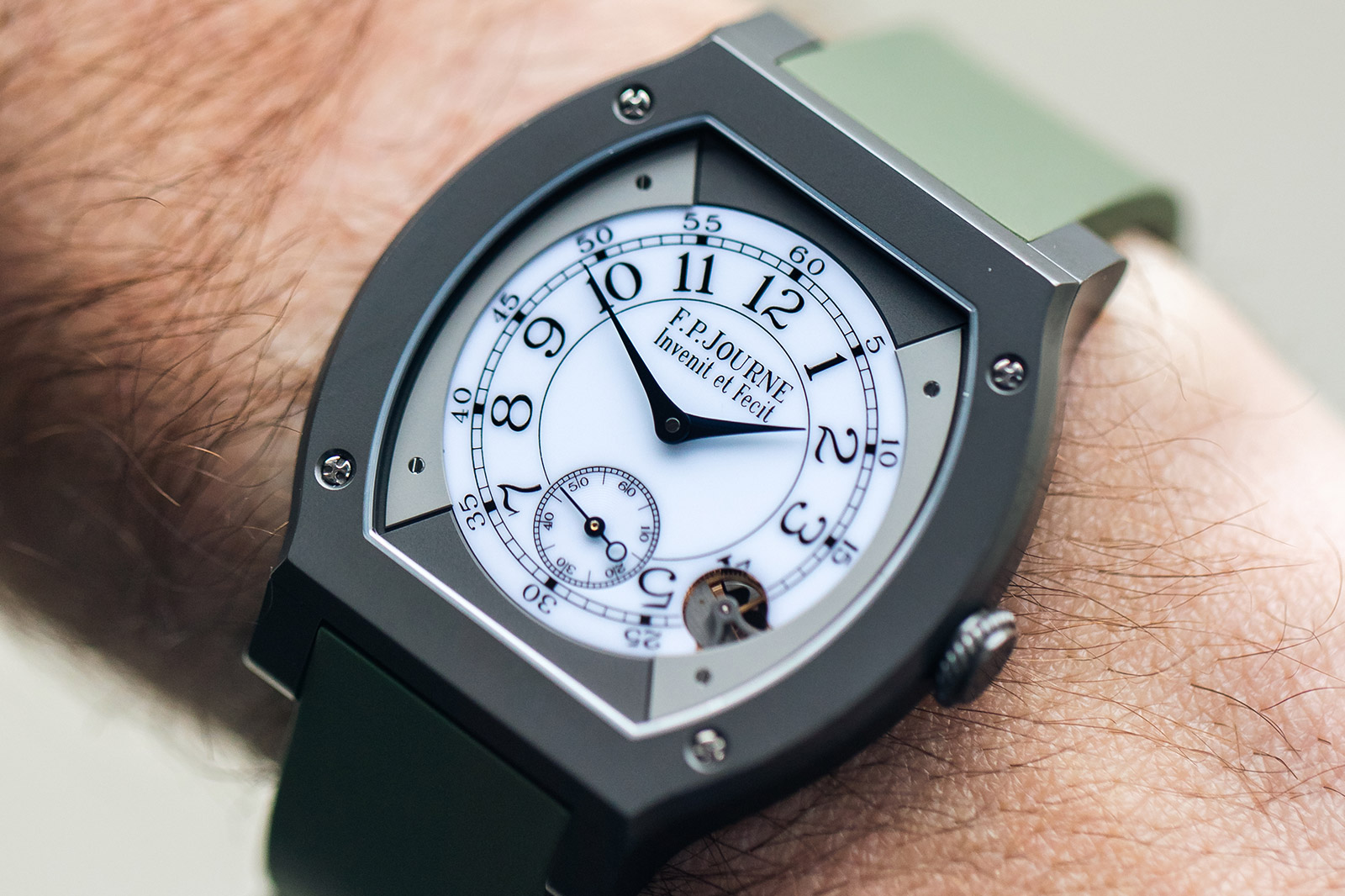 These are the exciting watchmakers of today who are only a decade or two into legacies that could well see them become as renowned as the Patek Philippes and Audemars Piguets of the world. And between you and us, we can only imagine their prices rising if you think a Rolex is too mainstream of an investment. 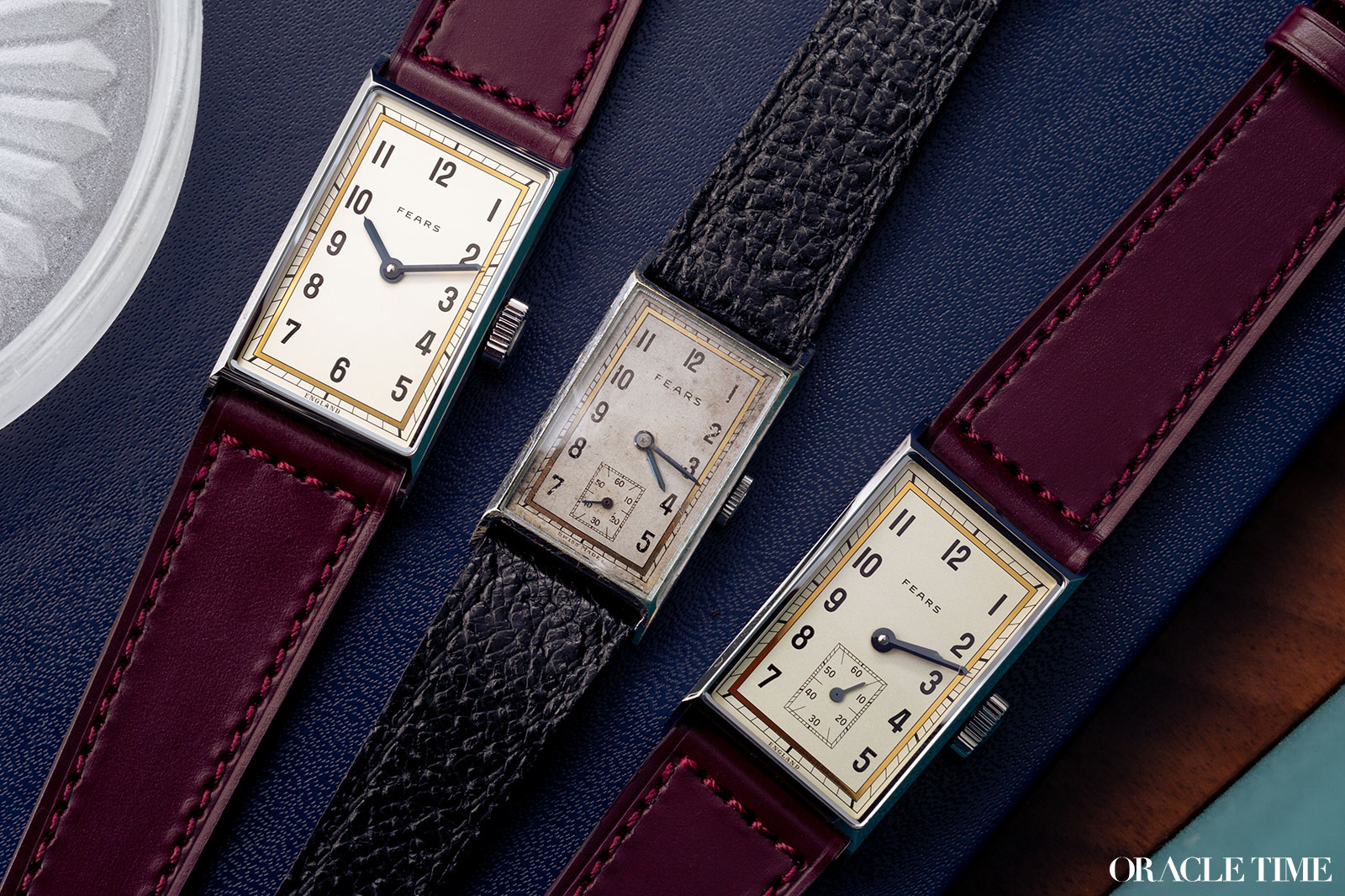 I’ll admit it, I couldn’t think of a better rectangle based pun to kick off talking about the massive trend in rectangular watches that has swept 2021. At the start of the year, we had a flurry of new Tanks from Cartier including the Must and the Louis Cartier and of course there have been a couple of Jaeger-LeCoultre reversos and tribute reversos. 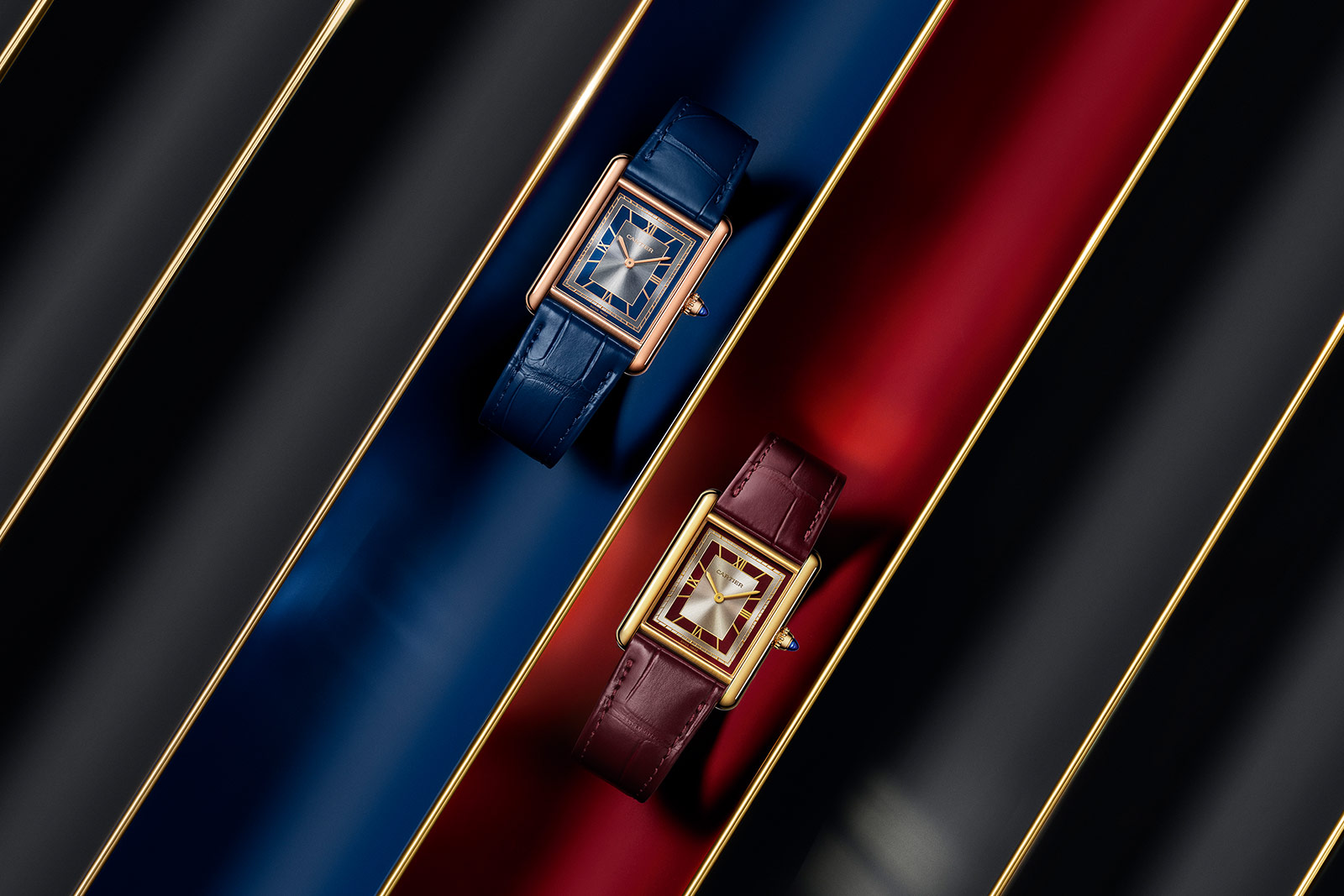 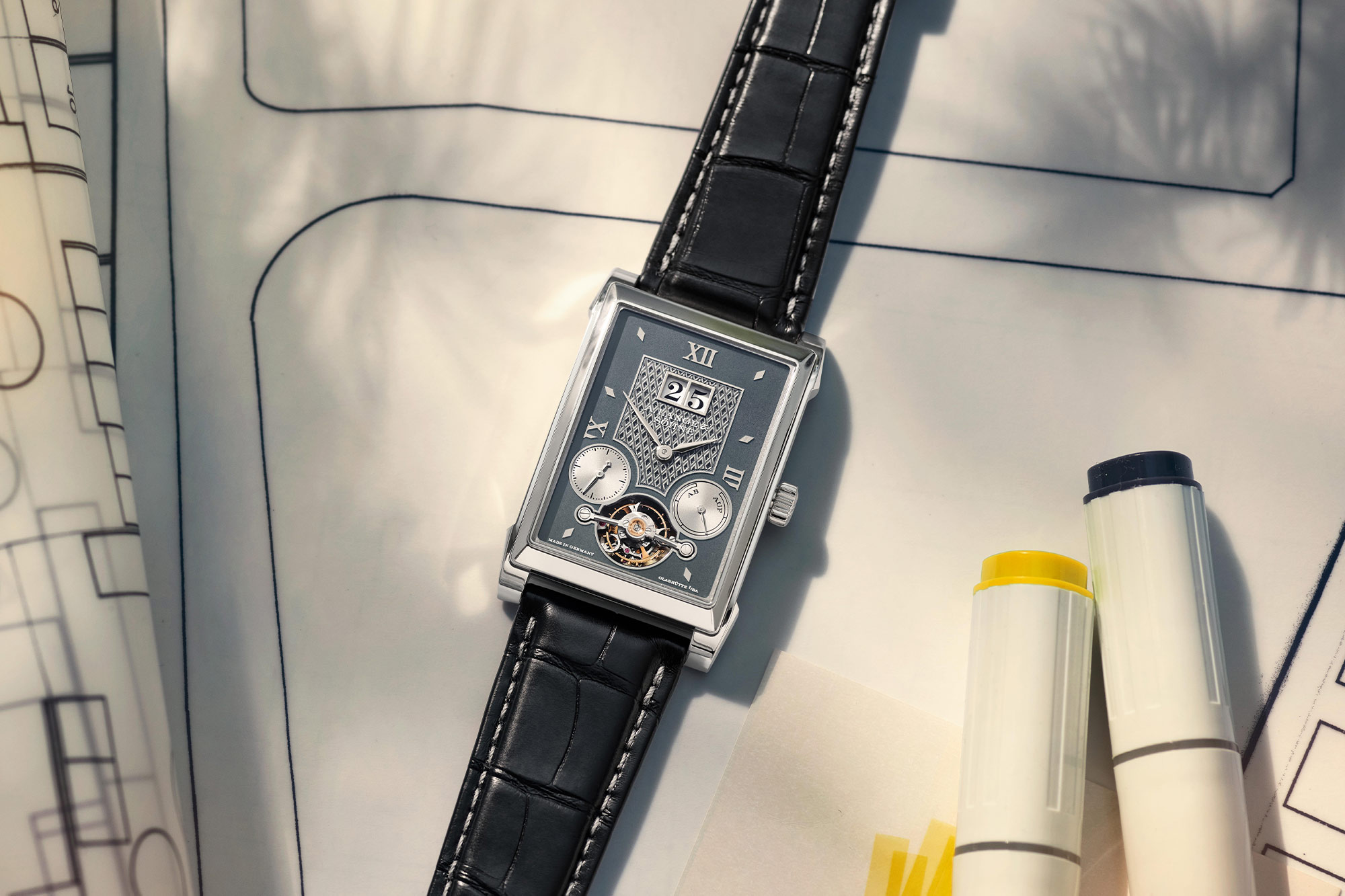 However, even brands less associated with the case with the corners have been releasing them. A. Lange & Söhne’s Cabaret, Oris’ Rectangular and British revival brand Fears’ Archival 1930 (read our review here). If it means more Art Deco designs and classic proportions, we’re all for it.

Patek Philippe Lied to Us 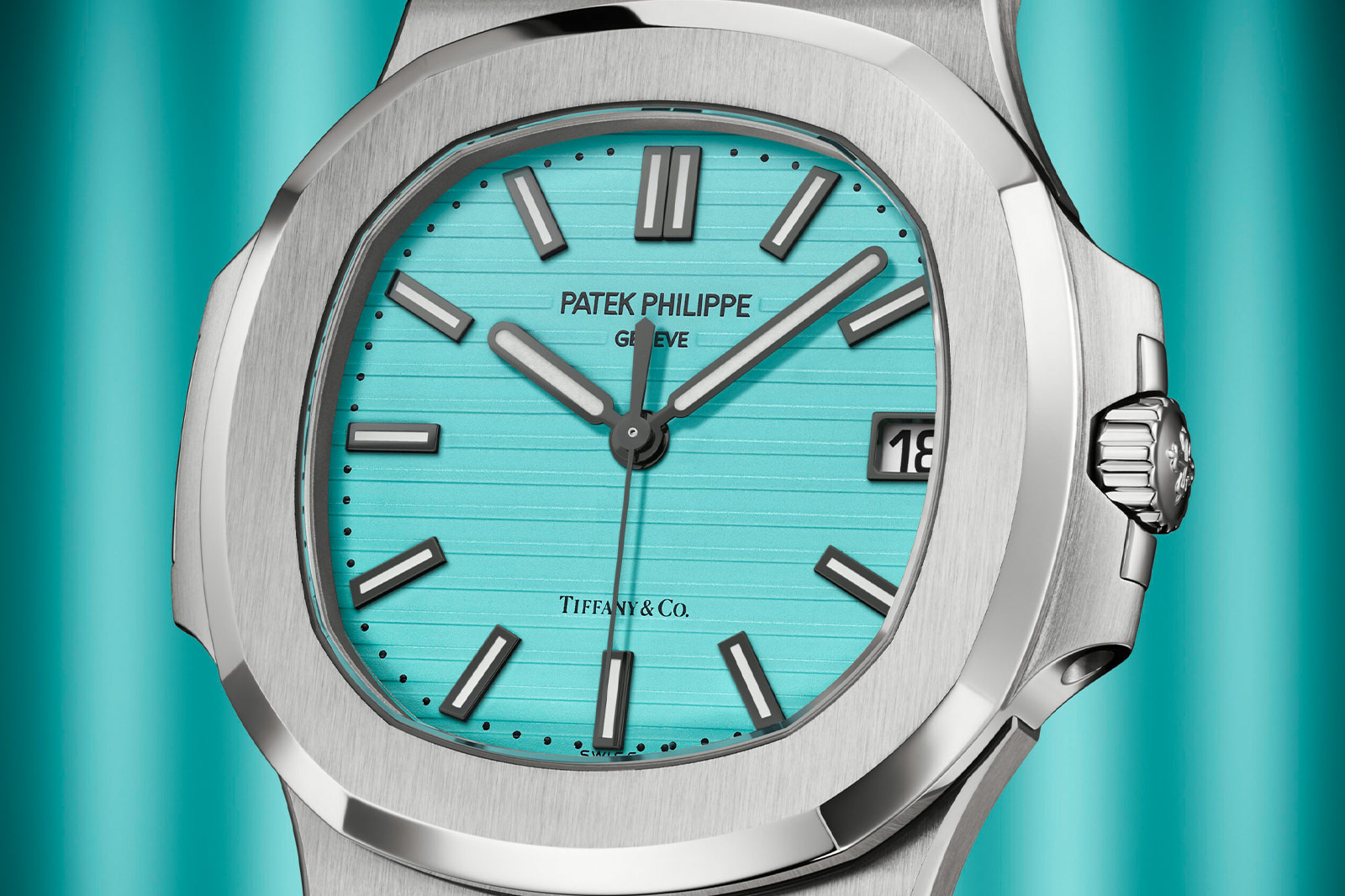 And to round out the last big watch moment of 2021 it turns out that what Patek Philippe told us at the beginning of the year about the discontinuation of the Nautilus Ref. 5711 wasn’t entirely true. The watch was to have one last outing after the supposed final 5711/1A Green, in the form of the 5711/1A-018, produced in collaboration with Tiffany & Co. 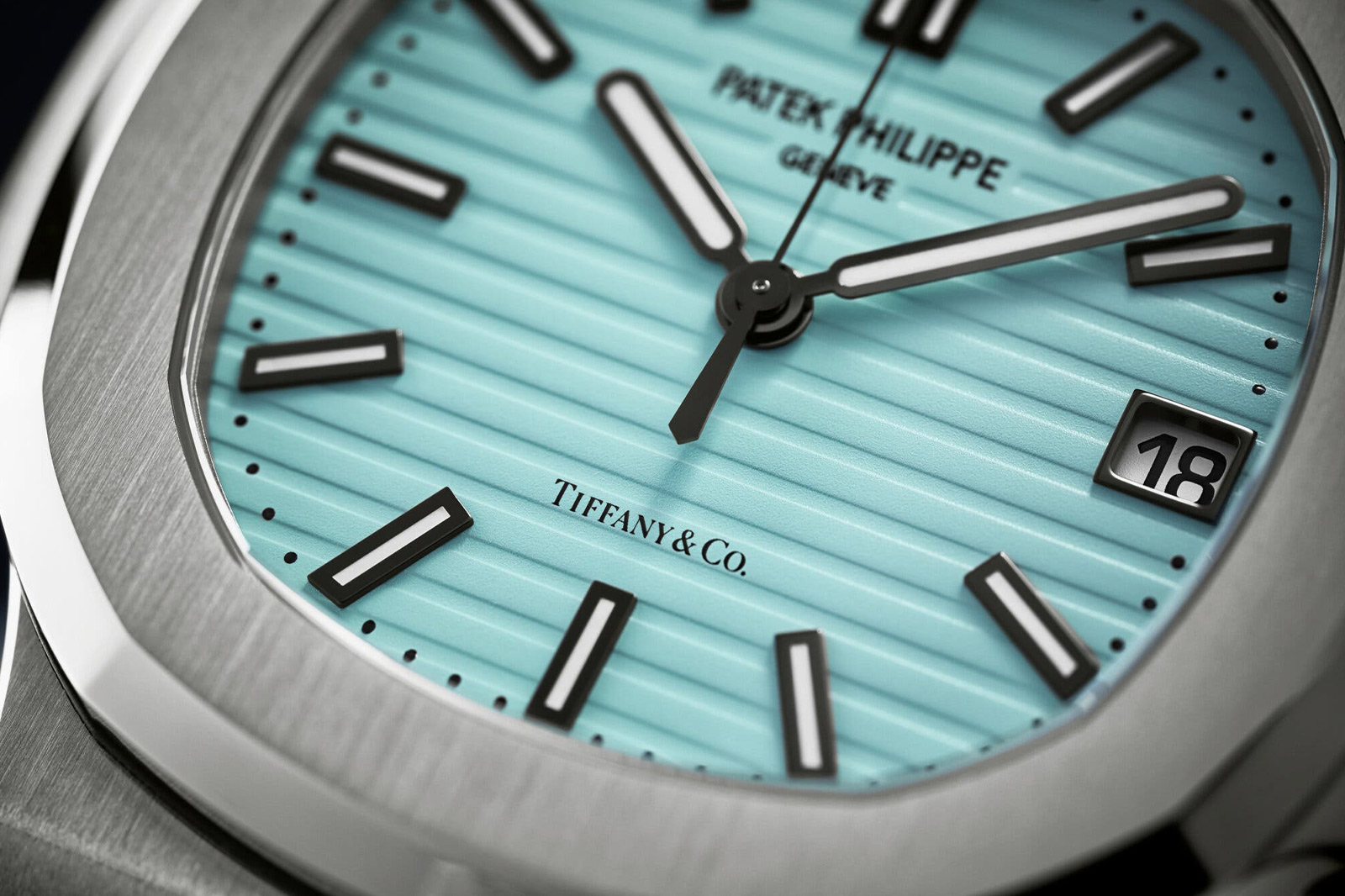 The Tiffany Blue version was only announced in December so it’s still very new on our radar and you can check out our article all about it here. However, since we published that article, the Phillips Watch auction where the first of the 10 limited editions were sold has taken place. After an estimate of $50,000 it reached $6.5 million.